The Aston Martin DB11 gets a 4.0-litre twin-turbo V8 courtesy of AMG. Does it make the grade as a sportier choice?

The DB11 is the first of Aston Martin’s ‘seven cars in seven years’ product offensive and this V8 is the first fruit of its tie-in with AMG. As such it’s an absolutely pivotal car for the British manufacturer and a key bellwether on the company’s future prospects. 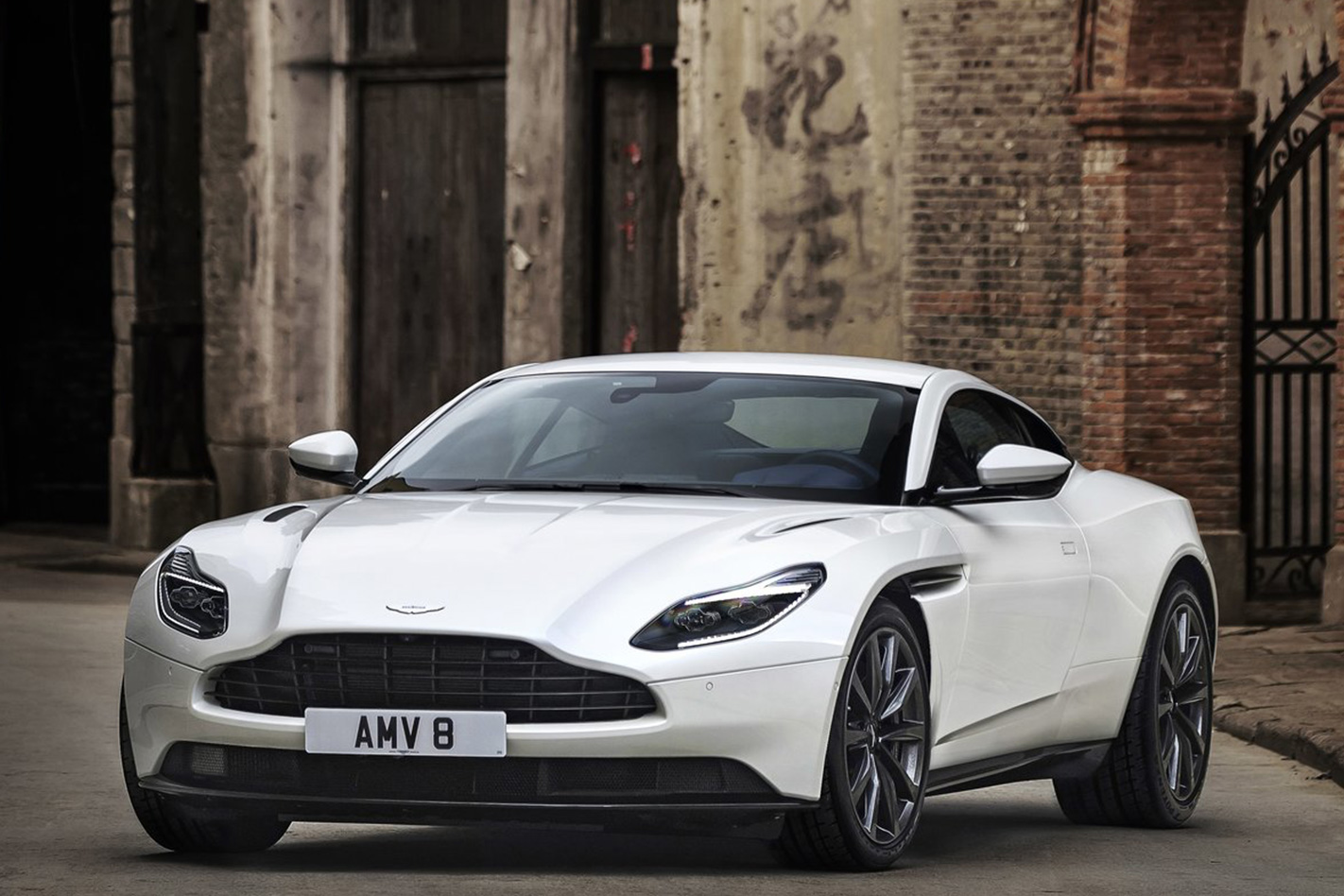 We’d already driven the V12 version of the DB11 and this 375kW V8 version is lighter and not appreciably slower. With some of our favourite roads beckoning, we were keen to discover if a sportier DB11 was a better one.

As talented as the DB11 V8 is, we’d still probably spring for the 12-cylinder car. The V8 amps up the sportiness but never feels as focused as the class best, losing a few degrees of cross-continental refinement in the process.

PLUS: Bulletproof engine; steering  veracity; jaw-dropping styling; build quality
MINUS: Still quite a chunk; vocal even when cruising; some ergonomic glitches; V12 not much more expensive 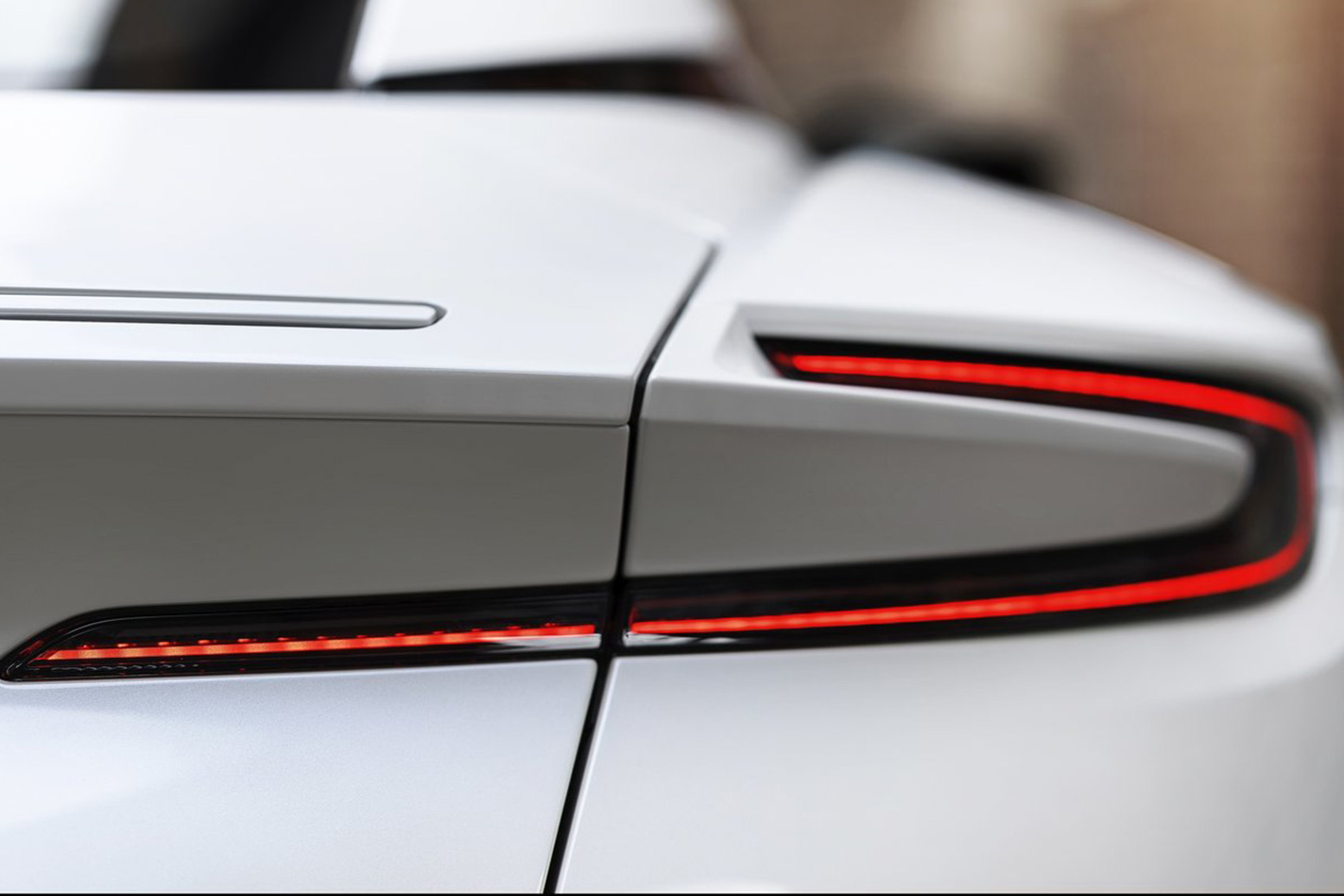 CARDS on table time. I’ve often struggled with the notion of Aston Martins. All too often, they’ve fallen somewhere between being convincing GT cars and effective sports coupes, relying instead on styling and sound effects to acts as flypaper for the chronically attention-starved. The DB11 is different though. This is a car with some substance to it, and this V8 version offers an intriguing twist: it’s the first modern Aston Martin to be fitted with an engine from AMG, in this case a 3982cc twin-turbo unit, much as you’d find beneath the bonnet of a Mercedes-AMG GT S.

It’s also hard to fault Aston’s pragmatism. There are three very difficult things when it comes to building a car. Developing a world-class engine is one and integrating an electronics package is another. For both of those, AMG has stepped in. The third is finessing vehicle dynamics and for that Aston has Matt Becker onside. The former Lotus man now has “chief vehicle attribute engineer, Aston Martin” on his business card and the DB11 V8 was the first fresh design he really cut his teeth on at Gaydon.

He was a little too late to get involved in the earlier V12 car, but many of the improvements he integrated into the V8 have carried over into the updated DB11 V12 AMR. The eight-pot version was made to feel deliberately sportier than the GT-biased V12, and there’s an immediacy about this car, a front-to-back honesty in the way it rides and handles that feels wieldy and cohesive. 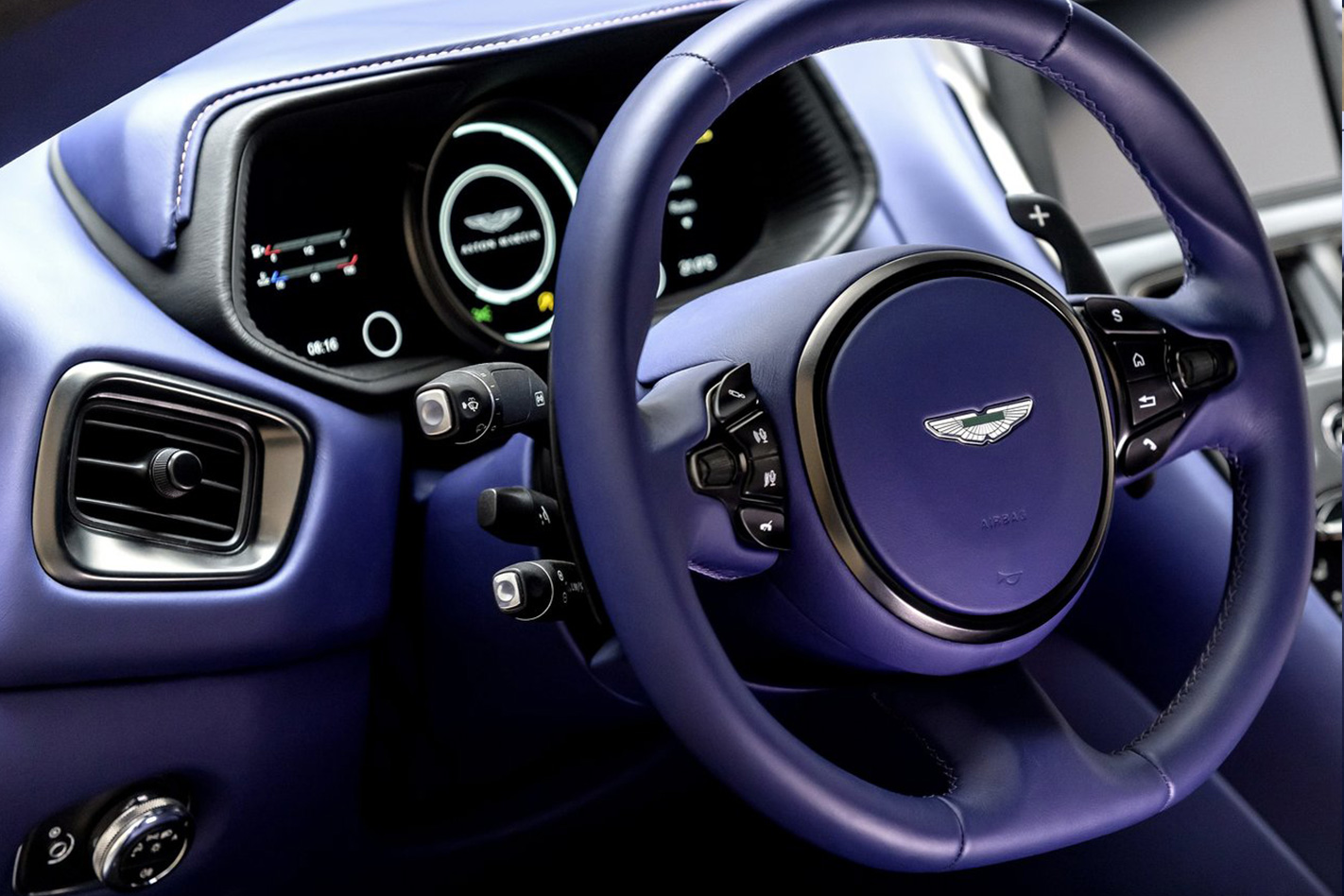 As you’d expect, there are significant dynamic benefits in a lighter engine, and the V8 is 115kg lighter than the V12, helped by less of a cooling impost. The weight distribution has shifted rearwards by a couple of points, now 49 percent front to 51 percent rear, and there’s been a significant process of ‘Astonising’ Affalterbach’s twin-turbo lump. The air intake system was redesigned, there’s now a wet sump, and the engine management system has Becker’s imprimatur all over it, particularly in the measured and subtle way the stability control system’s track mode now moderates torque off and then back on.

The exhaust timbre is very different to an AMG system, too. The rear muffler and the pipe lengths have changed to steer the car away from that basso profundo AMG sound to something with more emphasis on mid and upper frequencies. Yes, it’ll still cackle a volley of crackles on the overrun in Sport+ mode, but it’s a little more distant than the PTSD-inducing fusillade of an AMG GT set to maximum angry. At max chat, there’s that same dirty blown V8 sound to it, never really soaring to an operatic wail, but switch it into Sport+ and the idle is addictive; a proper gritty 5Hz muscle car burble. 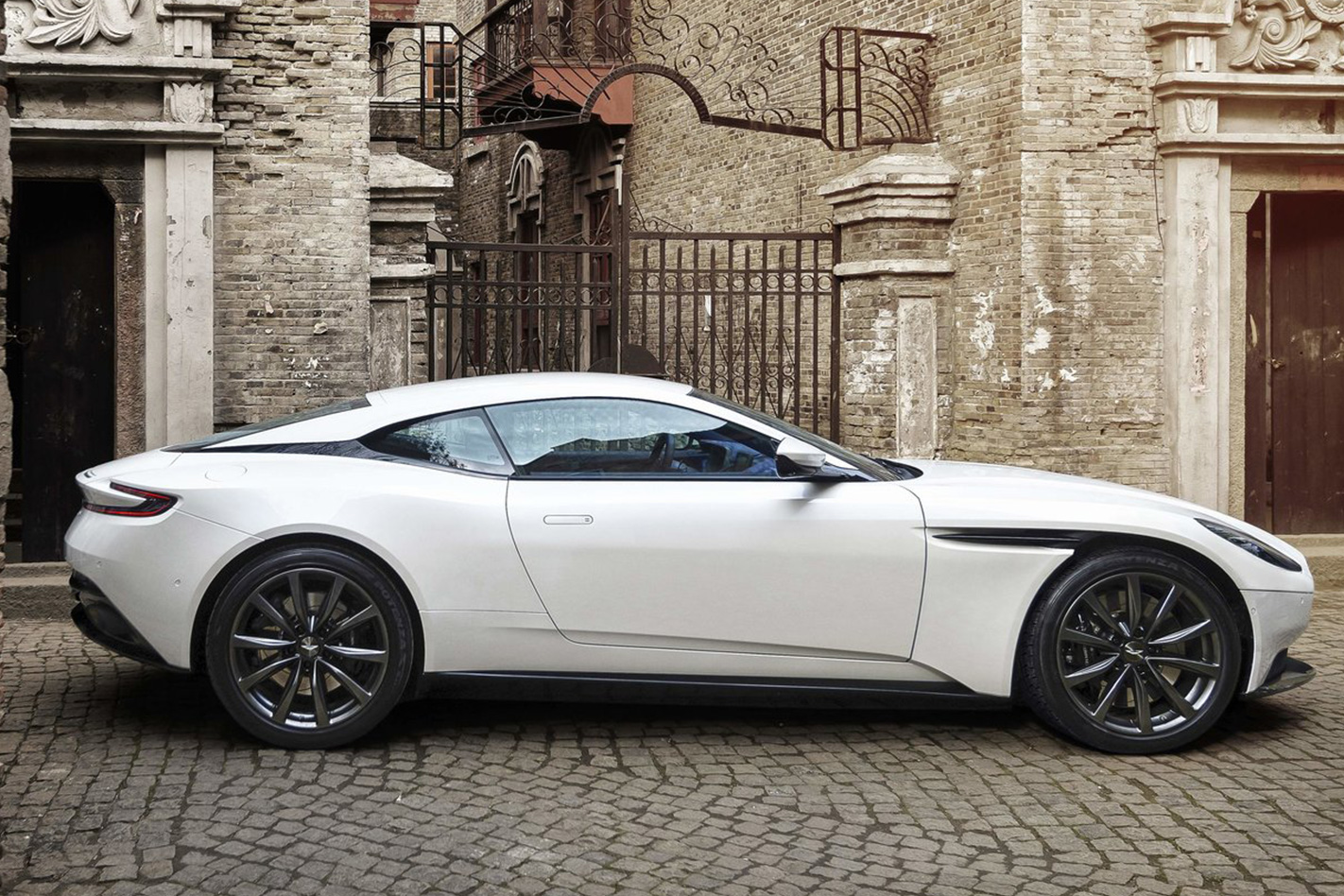 The DB11 V8 retains the thumb tabs on the steering wheel, the left one cycling through GT, Sport and Sport+ modes for the suspension and the right one doing the same for throttle mapping and gearchange, but mode differentiation has been broadened this time round. There’s still an annoying lag between pressing the tabs and the indicator cycling into the next mode, which can then result in you missing the desired mode and having to cycle through them a little more patiently, but you won’t mistake one for another.

Even in Sport+ and approaching your favourite wet roundabout, you retain a measure of stability control as you search in vain for a stability control button to prod. Instead you’ll need to start trawling through menu options and it’s not a quick process. Click the right hand controller, scroll down through six options, select three subsequent options and then you’re able to toggle the stability between On, Off and Track. 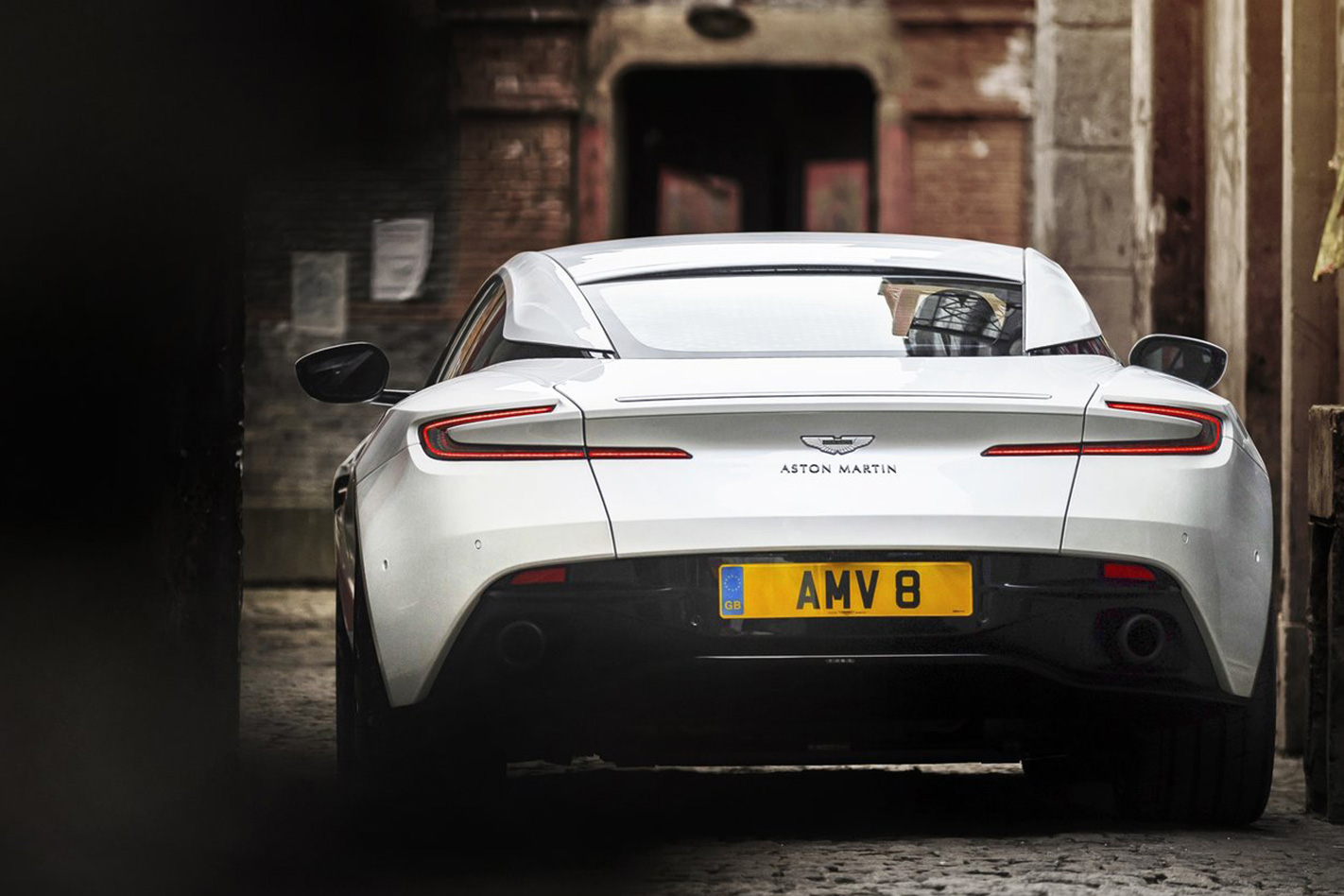 Other ergonomic interactions have improved. The lovely fixed metal shift paddles were too long in their stroke in the original DB11 V12 (describing an 8.5 degree arc) but now engage the next gear far quicker. Once you engage the shifters, they’ll stay in manual mode too, unless revs drop critically low for the selected gear, you hold the right hand shifter, or you press the ‘D’’ button on the dash.

There’s also been a lot of work on the car’s rear end. The vertical springing is as stiff as the V12 but the rear subframe bushes are five percent stiffer and the anti-roll bars are half a millimetre beefier. Becker frequently relates an anecdote about dynamics, namely that if you think it’s the front it’s the rear and if you think it’s the rear, it’s the rear. The tail end of this car has had a good share of the overtime budget, helping it to avoid that feeling of diagonal roll onto the outside rear of the softer, non-AMR V12.

The engine mounts have been stiffened to avoid the two-stage feel of front and then rear settling into a corner and the steering has been tweaked to impart less friction while offering higher effort, something that befits the sportier focus of the V8. The net result of all of this is a far more consistent force on the rear tyre contact patch. 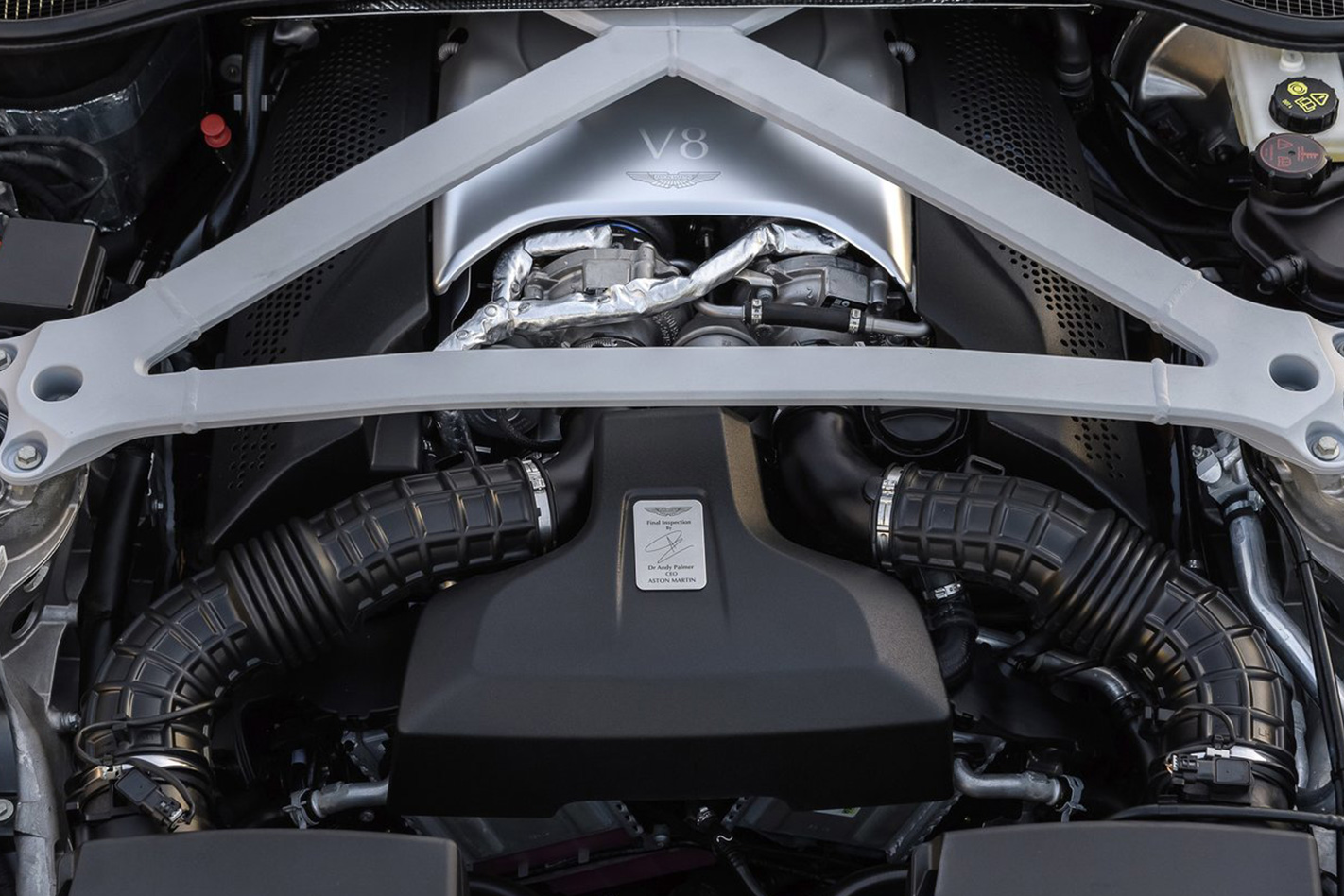 A wet morning on pockmarked roads in coastal Victoria isn’t the greatest laboratory for assessing the subtleties of Becker’s work. The DB11 feels recalcitrant here, skipping its rear and lapsing into a spookily light neutrality midcorner without quite worrying the ESC system. I’m, not keyed into this thing on these roads. It feels as if it need a bit more space to spread its wings. We’d been assured that despite having no option of a front lifter kit, the clearance under the jutting front spoiler was more than sufficient, but there’s been a couple of interfaces with the road surface that aren’t rubbery. That’s served to temper the pace.

Again, I’m left questioning what this car really is. I can totally see the point of a syrupy, super-luxe V12 version of this car, but the V8 is louder and a bit too aggressive to carry off the GT role with any great elan, yet on these well-worn Wheels road test routes it still feels slightly out of its comfort zone. It feels as if it wouldn’t see which way a base 911 Carrera had gone, yet is priced between GT3 and Turbo versions of Porsche’s benchmark sports coupe.

Spend a little more time with the DB11 and you begin to key into its personality. Finally locate the ESC Track mode and there’s a decent level of adjustability to the chassis, and a flingable feel that’s helped by the roads drying to a consistent grip level. The steering is excellent, the handling predictable and while the car never shrinks around you (it’s 4739mm long and 1940mm wide– so bigger in both dimensions than a mid-sized SUV like a Merc GLC), it’s an easy thing to position. 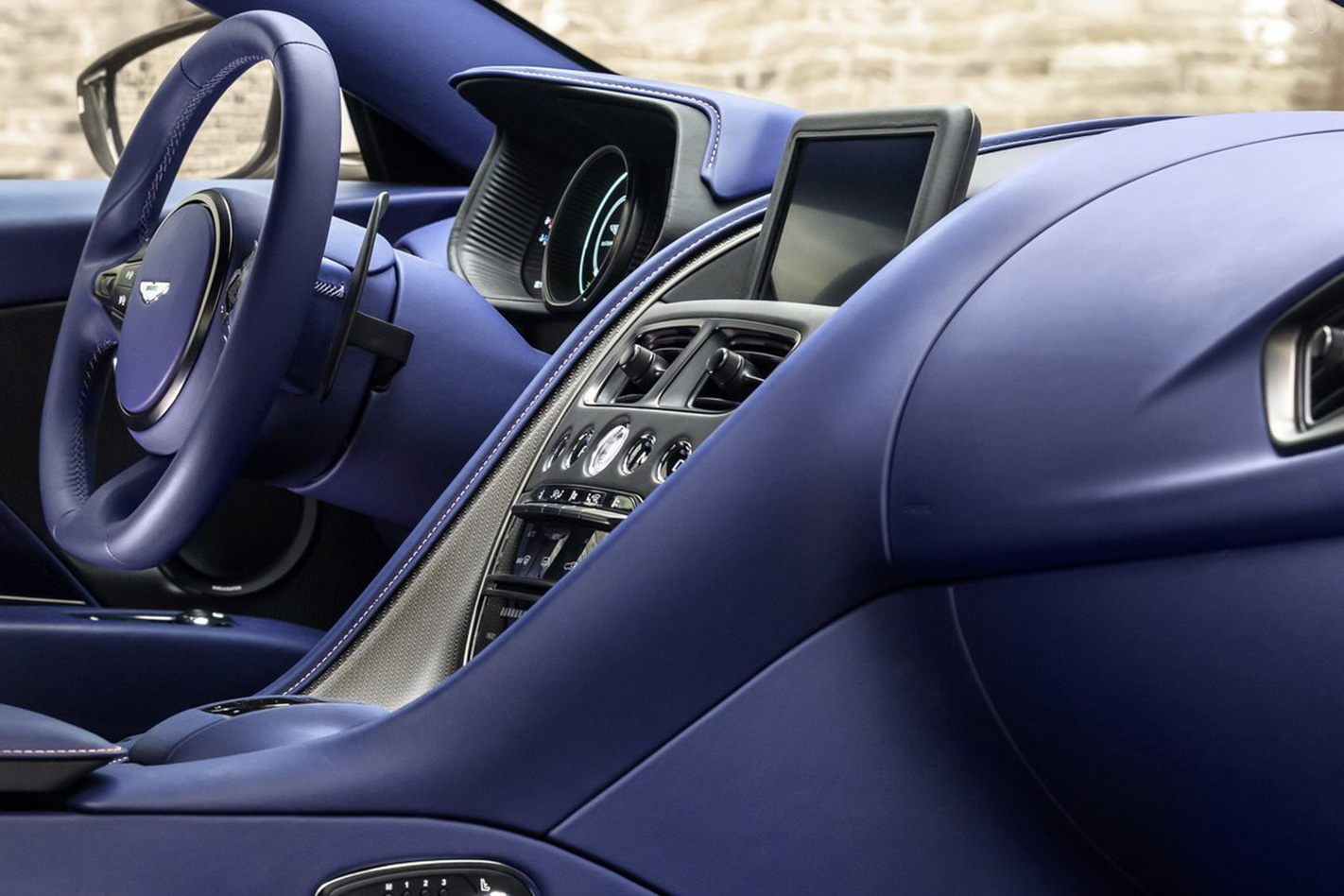 The Bridgestone Potenza S007 tyres deliver better wear rates than an equivalent Pilot Super Sport or Pirelli P Zero, which is just as well if you’re chucking a 1760kg vehicle about on a regular basis. They’re a little squealier and more harmonic in their carcass than the Michelin in particular and that designation? Aston insists it’s a coincidence rather than by any Bond-related design.

I realise what I’d been doing wrong earlier. The confidence engendered in the steering and suspension had lulled me into entering corners quicker than I’d realised for the conditions, finding the limits of the car far more quickly than I’d expected. I still stand behind the assertion about a 911 Carrera though. A 2.5-litre Boxster S come to think of it.

It’s a stunning looking thing though, and as much as I want to feel immune to its aesthetic, it’s impossible not to catch yourself gazing at the sweeps, planes, curves and punchy detailing of Marek Reichmann’s design. I’d still prefer the leading edge of the gash in the car’s front guards were body coloured and is it just me or is there a bit too much fresh air under the rear arches?

The interior of this car is finished in a shocking purple with orange contrast stitching which does it no favours, but otherwise the cabin is an artful melange of Mercedes and Aston Martin design. There are a few old-school Aston ergonomic glitches. The fly-off handbrake has gone, replaced by a seemingly shame-faced button that’s been hidden where you’d normally find the bonnet catch. The bonnet release itself has had an aversion to the handbrake and migrated round towards the front door hinges, while the doors themselves open so far up and out that anyone not blessed with the wingspan of Wladimir Klitschko will struggle to pull the doors closed. 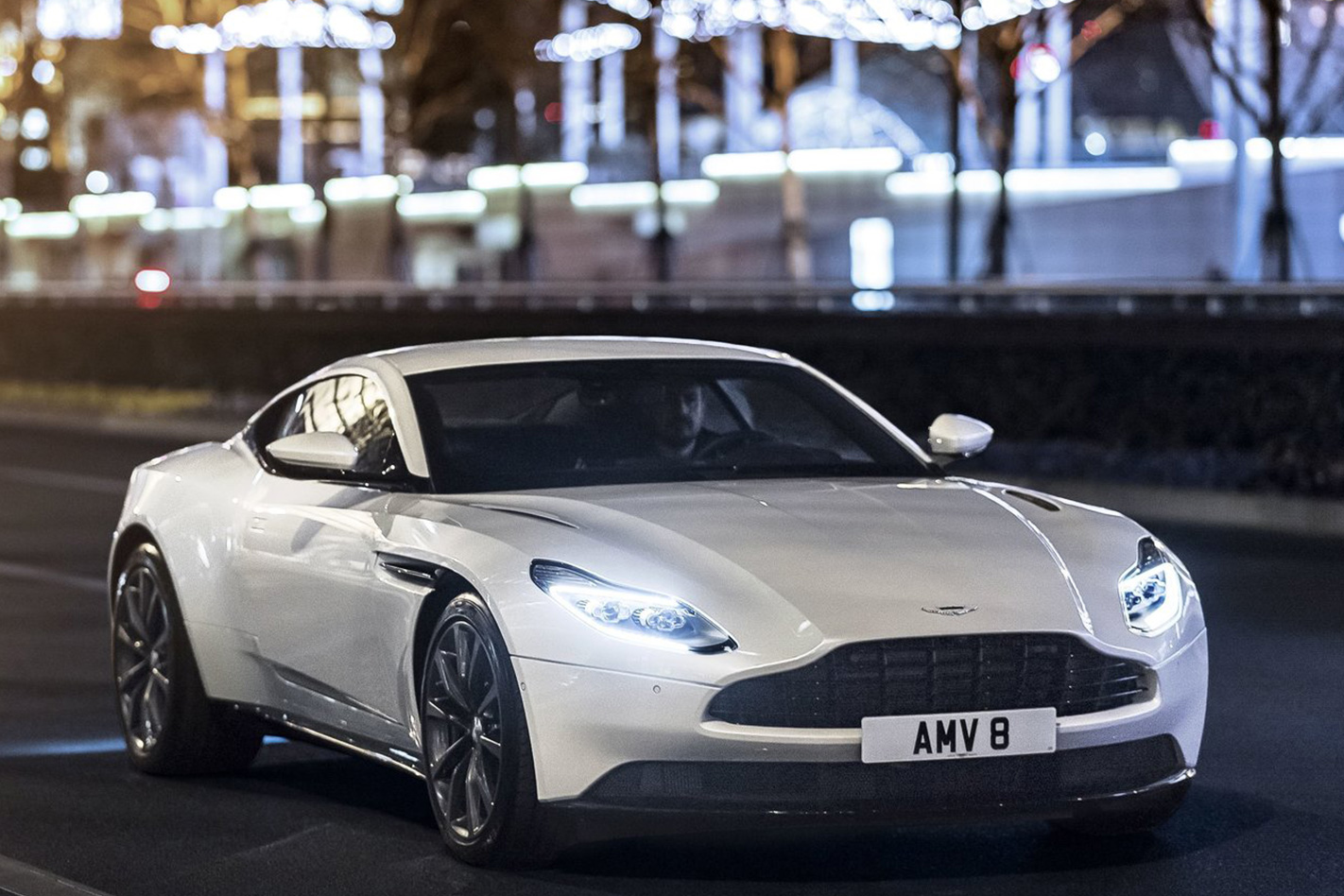 For $368,000 you can buy more talented driver’s coupes but it’d be hard to find a more beautiful car. Or indeed, a car that made you feel more special. In a certain regard, this saddens me. I wanted the Aston Martin DB11 V8 to really establish itself on the strength of its dynamics and it doesn’t quite do that. If shopping for an Aston Martin, there seem to be convincing arguments to go smaller if you want something sporty – the new Vantage – or spend more for the DB11 V12 AMR if you prefer something with effortless long distance chops. The DB11 V8 seems a little marooned in between.

If you are sold on its looks – and who wouldn’t be – most will be able to spring another $27K for the V12. That’s an ask of about seven percent for a proper Aston Martin engine, signed by a guy in Gaydon and all the feel-good factor of flagship status.  You would, wouldn’t you? Thought so. 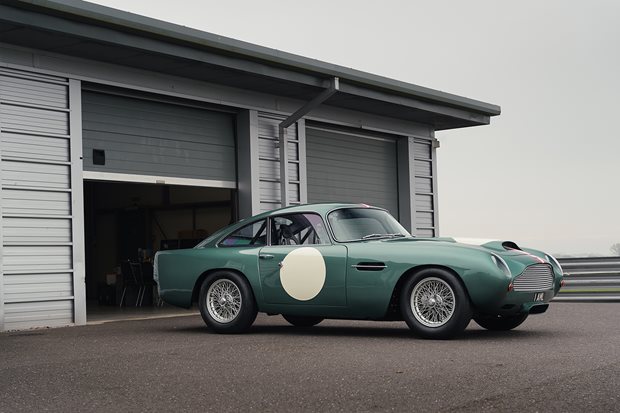 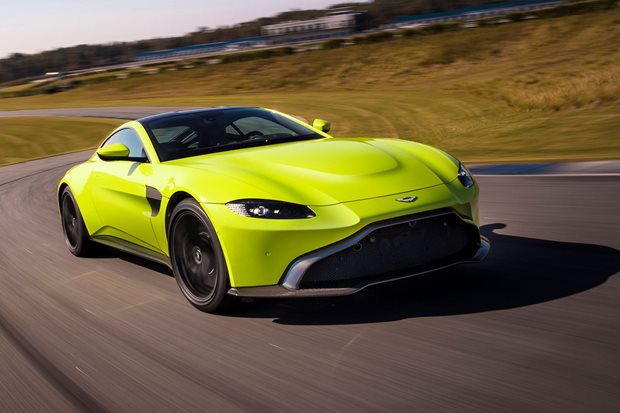 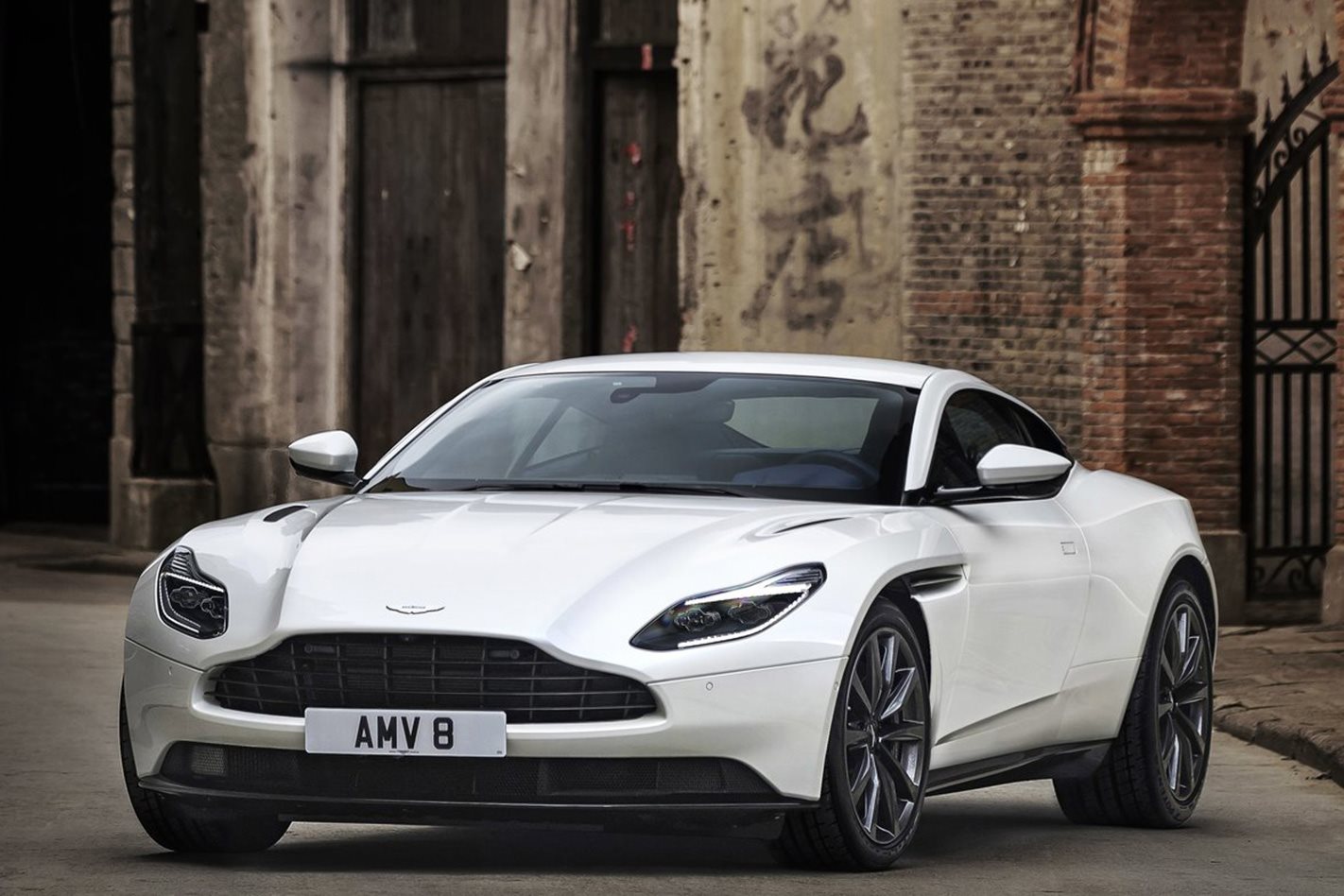 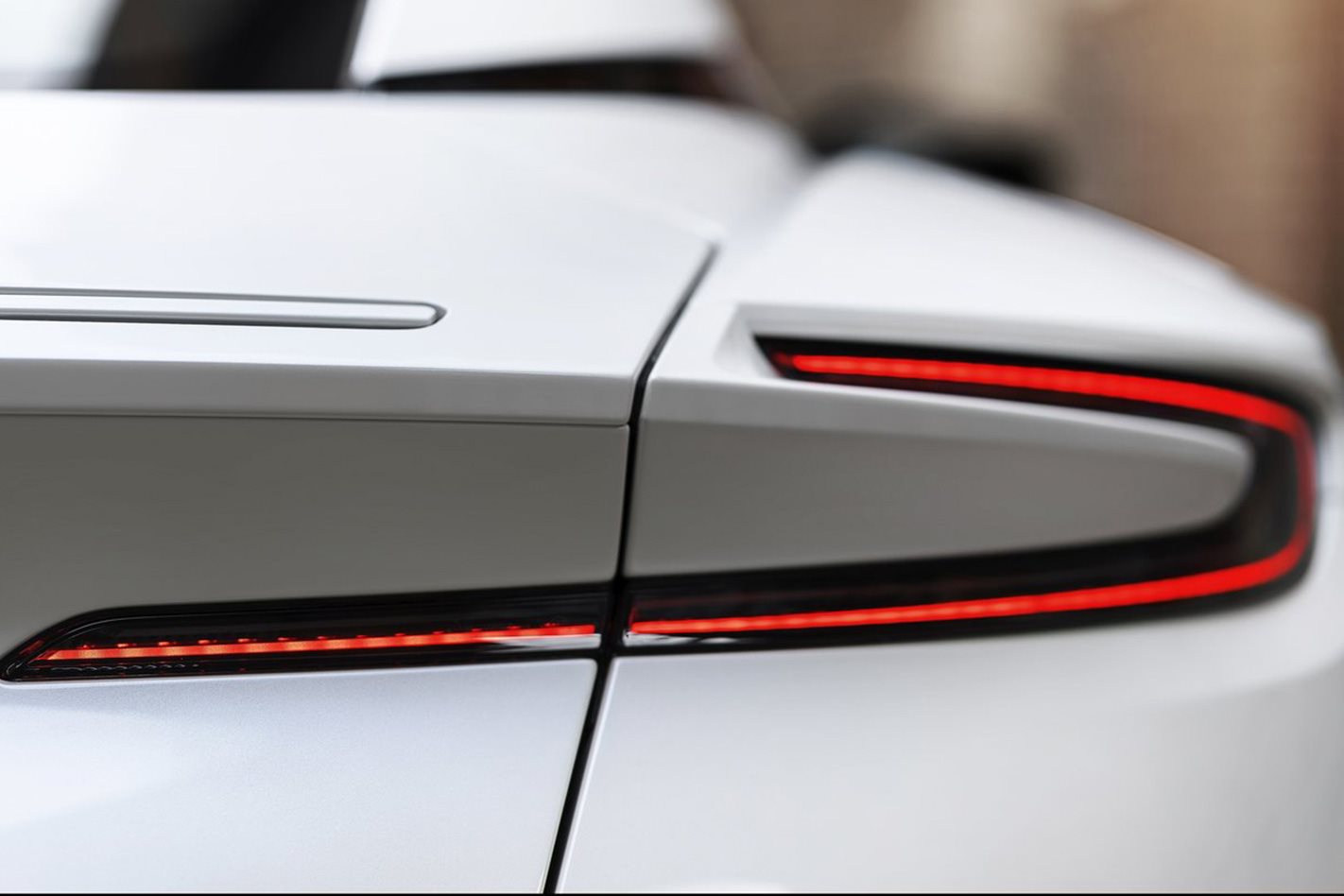 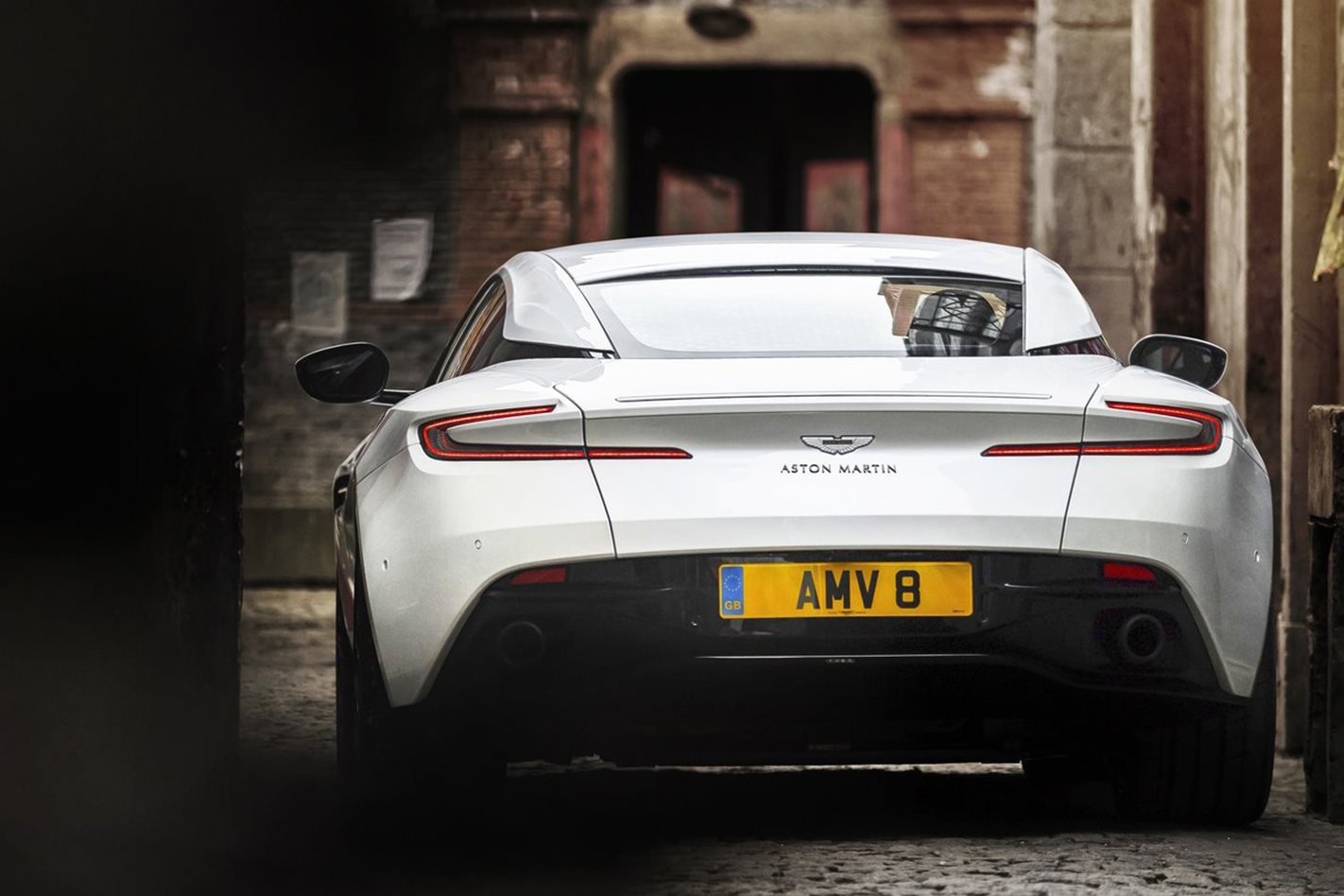 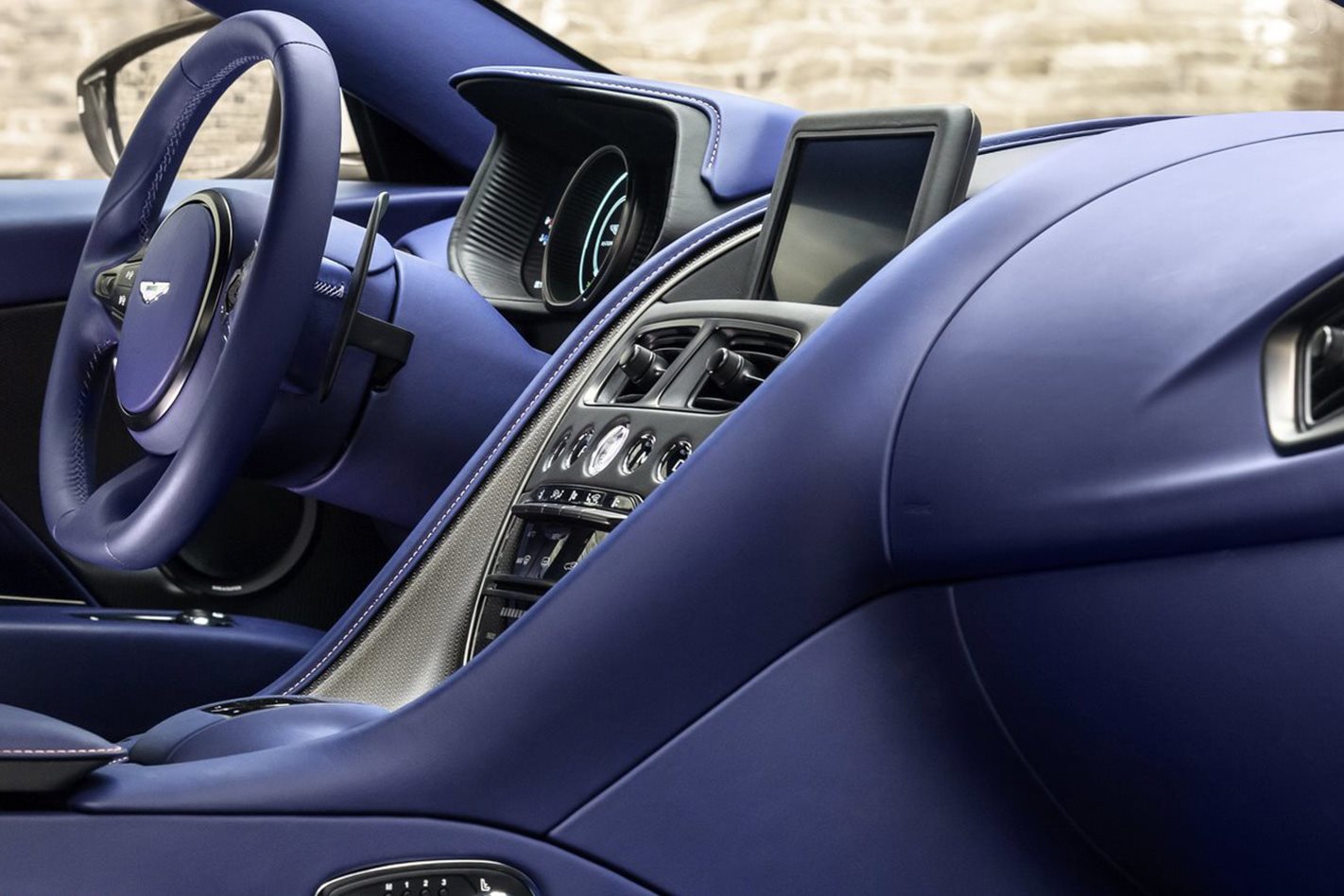 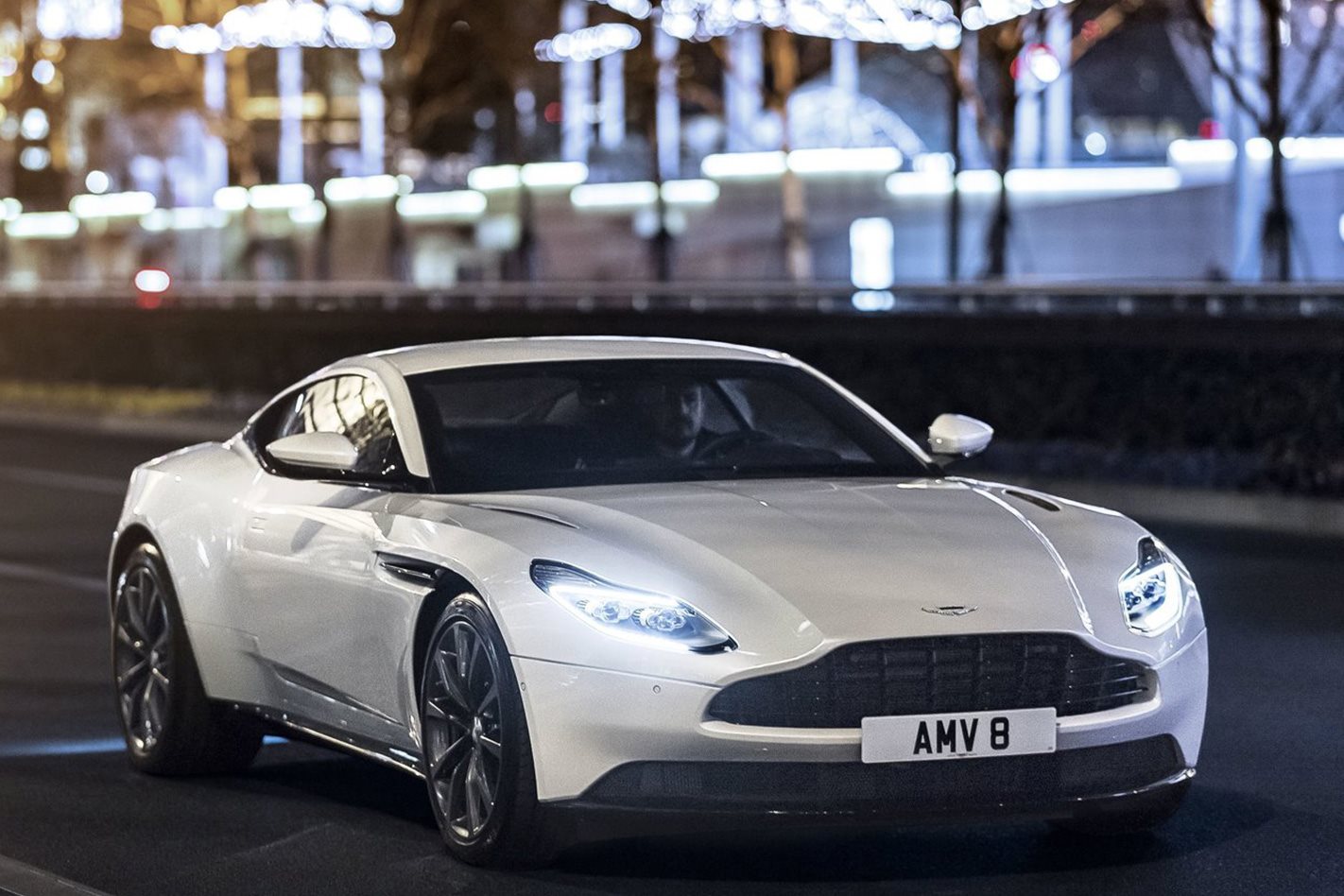 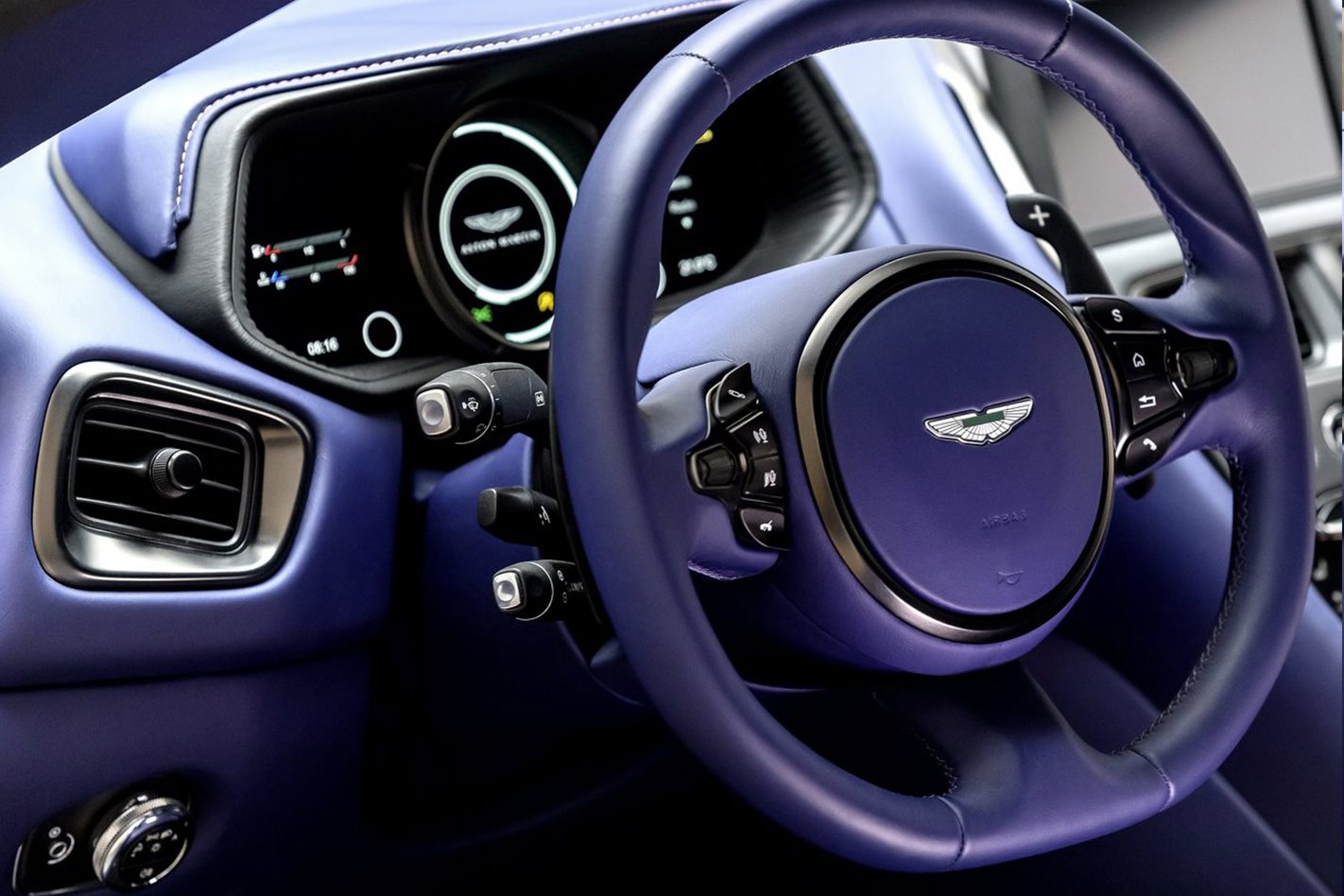 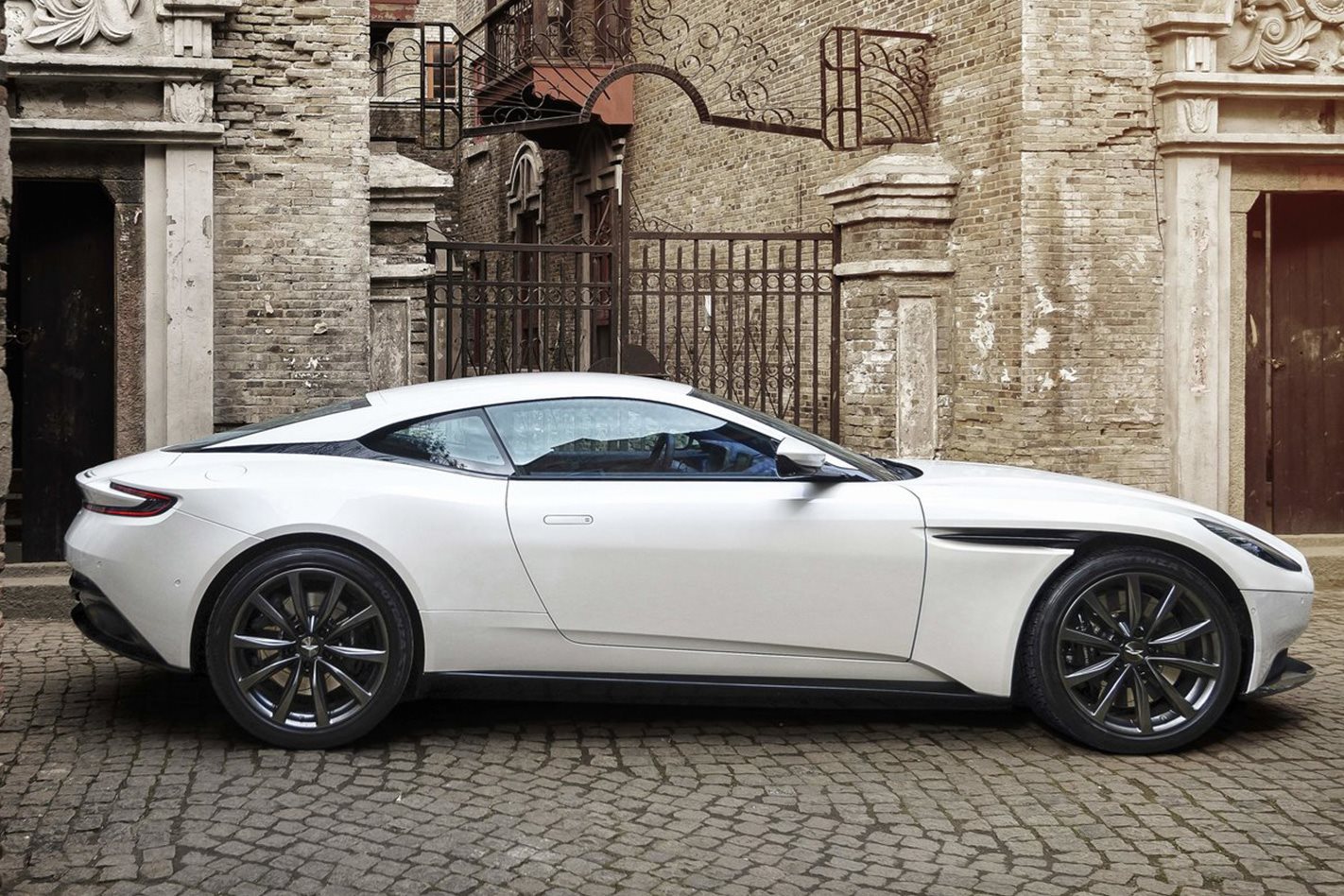 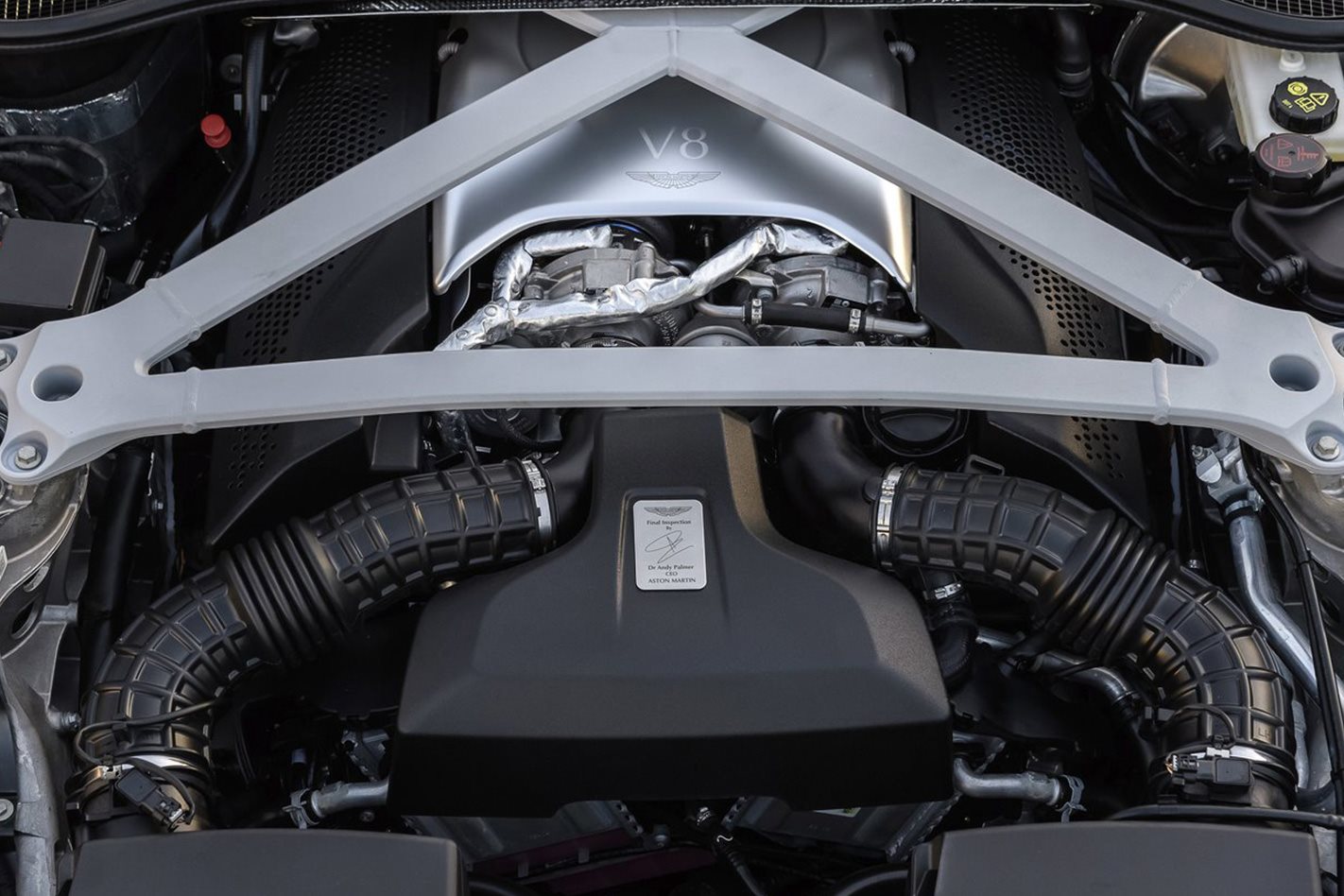