Base STI thumps up-spec WRX, but little else in the class of 2018

IF THERE’S one car capable of keeping Honda’s front-drive Civic Type R honest in terms of sheer thrill factor for 50 big ones, it’s Subaru’s entry-level WRX STI. Yep, in 2018 you’ll need to spend $51,190 (not including on-roads) to slot yourself into even the base STI, yet what that money buys is a glorious slice of yesteryear. 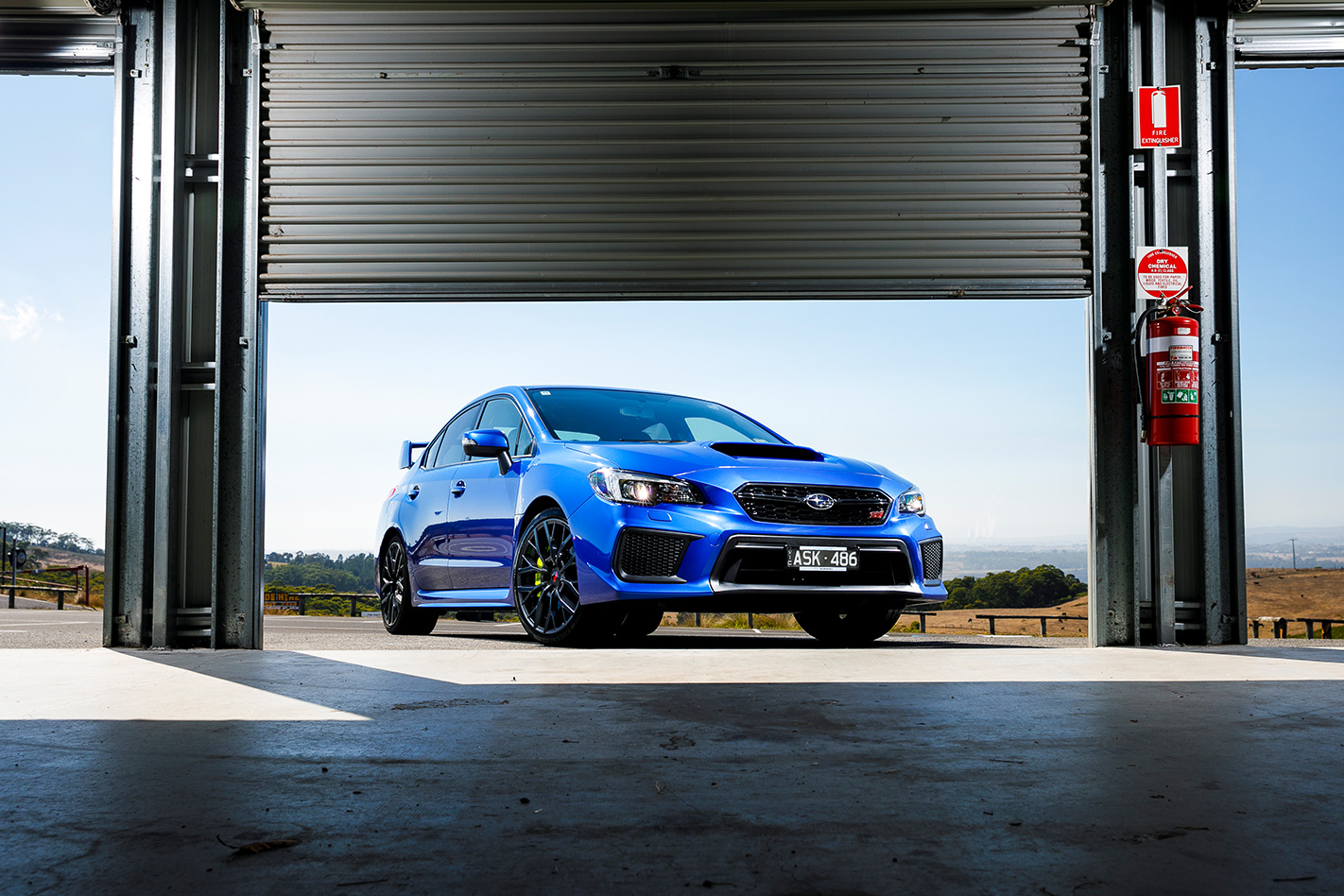 And the sort of car Subaru’s fan base probably expects when buying a WRX of any kind. Laughable steering rack rattle aside, the STI represents a clear step up from the base Rex in a bunch of key areas.

Firstly, its gearchange. The sloppy and vague piece of tat that swaps ratios in the boggo Subaru is transformed into a tighter, sweeter and delightfully positive instrument in the STI, working an engine that is both fruitier in its flat-four flavour and stronger in its mid-range. And even thirstier, making this the heaviest drinker on test.

The STI’s dynamic flavour is in keeping with its ‘back-in-the-90s’ fuel thirst. It might be more agricultural in some ways than a standard WRX, but this adds layers to its personality. And let’s be honest, who buys an STI and expects refinement? 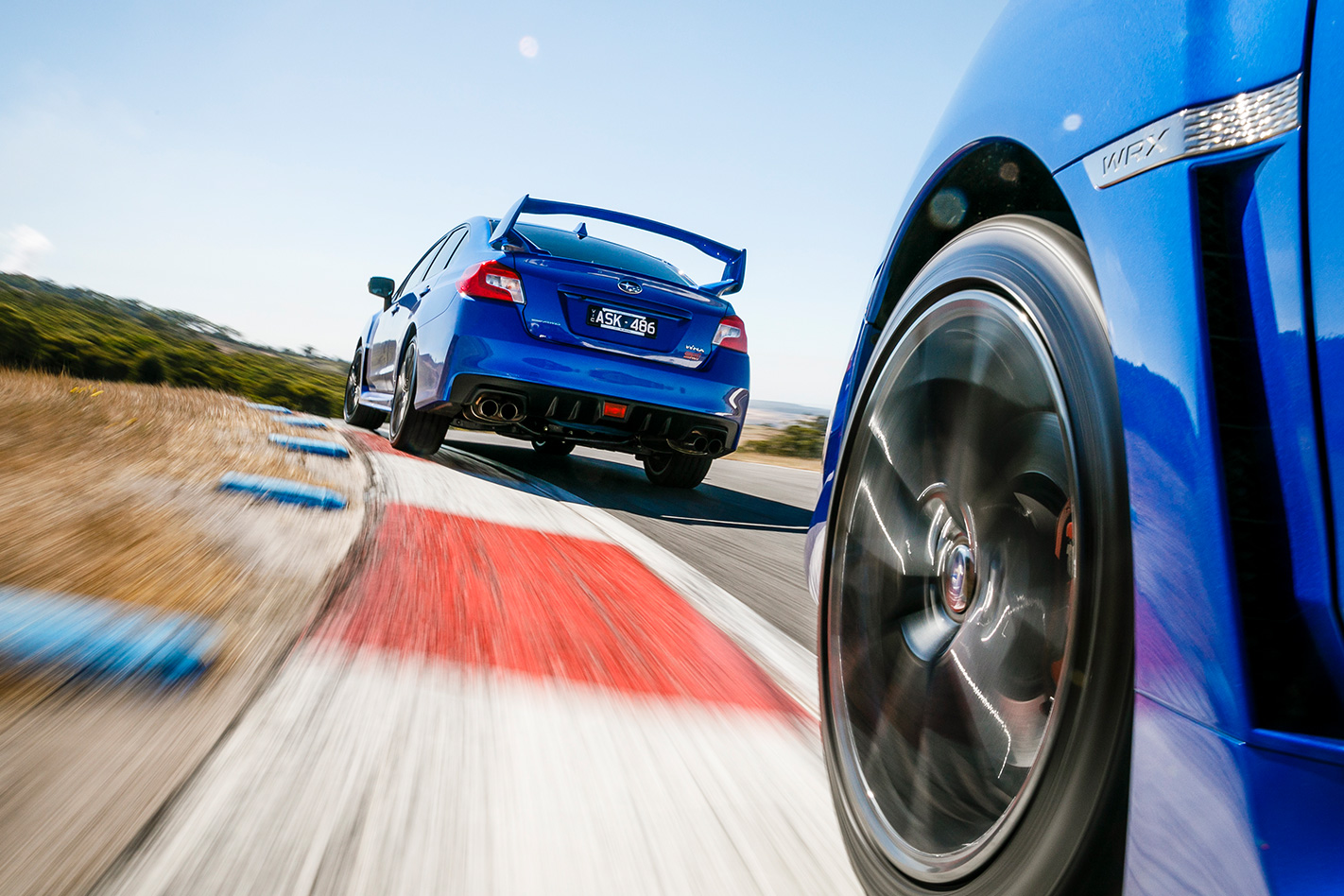 With its adjustable drive split permanently dialled to the rear, the STI is a playful and hugely capable performance car – one not entirely suited to a track like Haunted Hills, but as Renato pointed out, “if you had a faster course like Phillip Island, you would see a massive difference in lap time. Still, it’s an absolute joy to drive, certainly over the crests where other cars are struggling for grip; it also has a huge amount of mid-range torque.”

Out in the real world, the STI is one of few cars here whose overall limits far exceed what you can extract without becoming intimate with Aussie scenery. Covering ground fast in the STI is such a thrilling experience because it involves moderating its abundance of grunt, certainly in relation to the amount of grip available. And the harder you drive it, the better it gets. 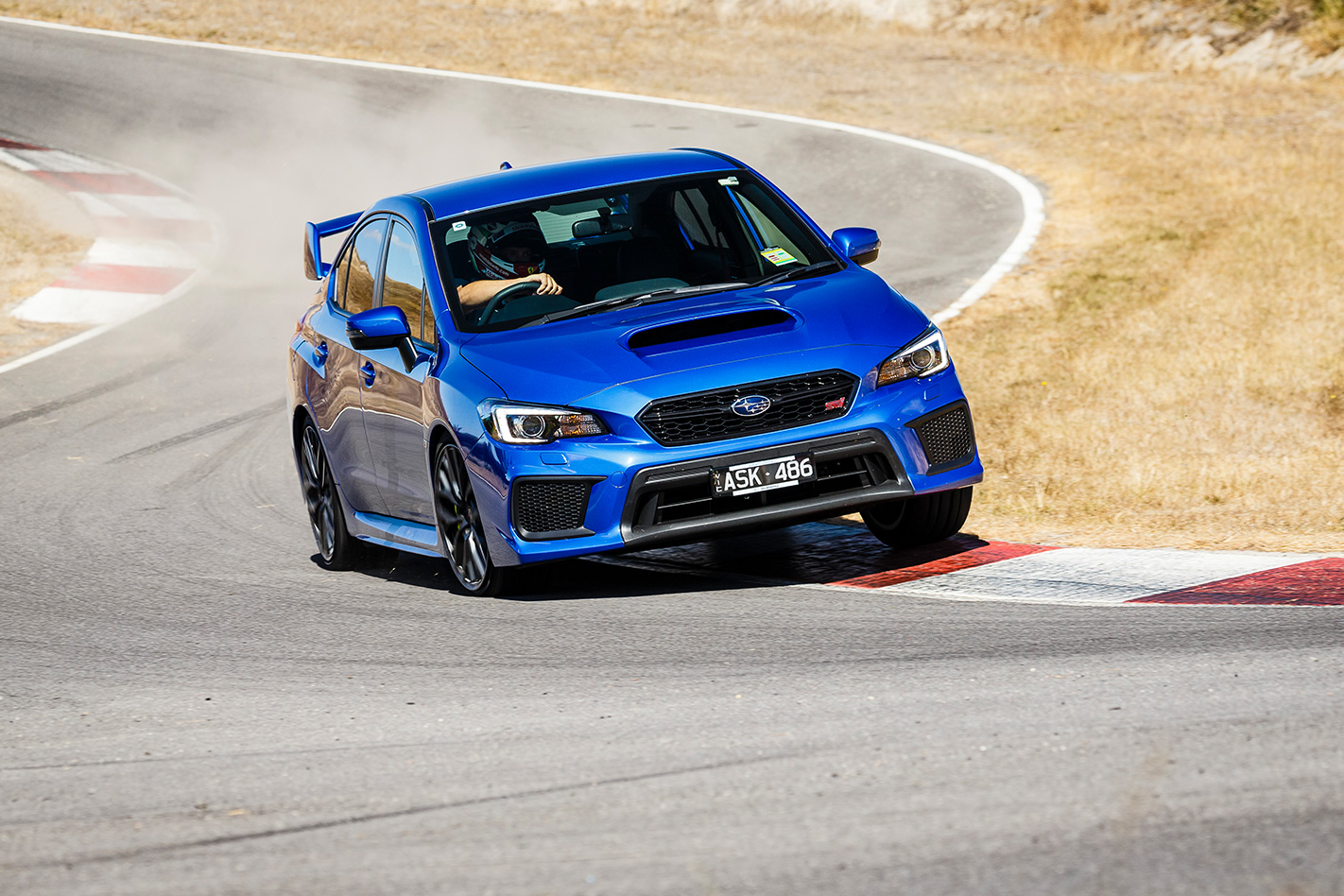 When you’re absolutely spanking the STI’s hindquarters, its over-light steering suddenly becomes animated as its drive system pumps power through the front axles, and if you’re brave enough to disengage ESC (beyond the mid-level Trac Mode setting), the STI will even serve up delightful oversteer drifts if you stomp the right pedal early enough when exiting a corner.

The STI’s advantages over the base Rex don’t stop there. A lower seating position with excellent in-house buckets creates a far superior work space, and enough detail bling to add a touch of sparkle to Subaru’s robust but workmanlike interior design elevate the STI closer to the hot-hatch (or sedan) barometer in 2018. 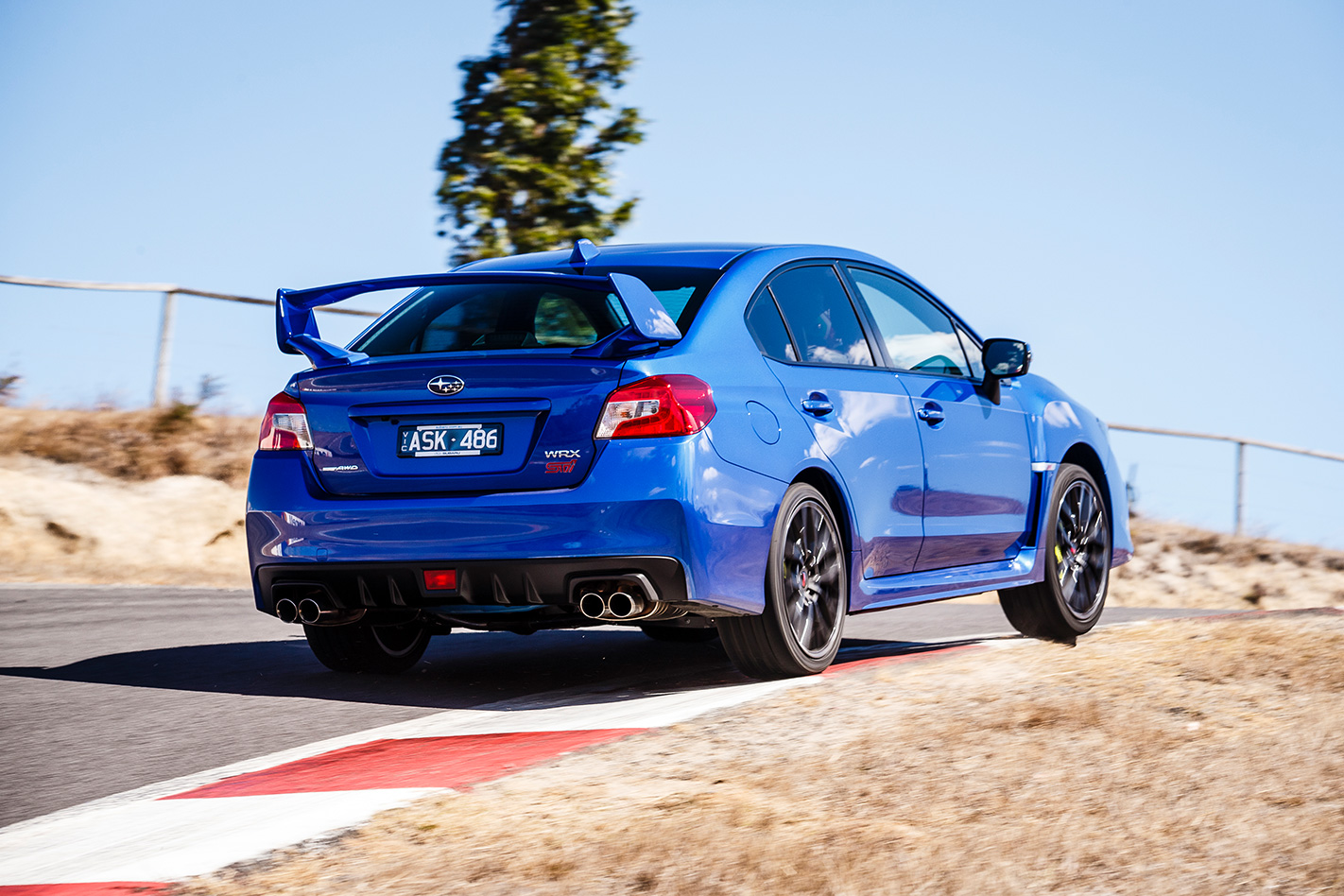 It looks better too, with 245/35R19s on retro-chic rims that fill the guards, making its Impreza sedan core look less long-nosed, high-roofed and frumpy. And it has much stronger brakes, as well as superior damping when loaded with mates (though both Subarus are a long way from delivering a level ride).

Yet there’s no escaping this is an old car trying desperately to keep up with the cool kids. And the STI makes such a racket that even its beefy Harman Kardon stereo struggles to be heard. 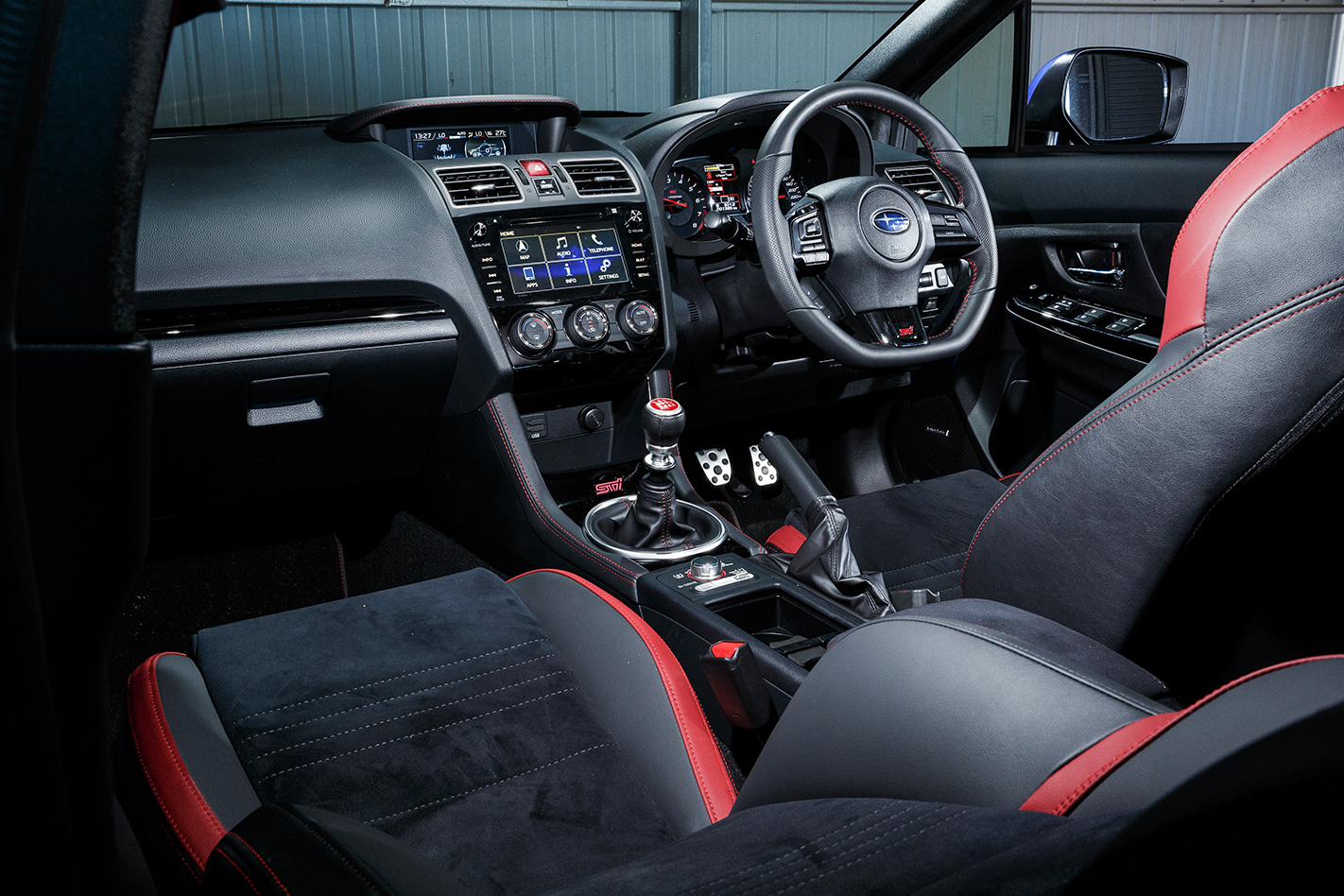 Back in 1989 when the WRX template (and the STI’s EJ-series engine) was born, Byron was lining up at Ticketek anxiously waiting to buy Roxette tickets. Almost 30 years later, wearing rally-inspired clothes hardly seems Dressed for Success. Yet there’s still lots to like about Subaru’s rough-and-ready AWD sedan.

In a world of young supermodels, the STI is Henry Rollins in new trainers. Yet when the cards are on the table, it plays a fast and engaging game. 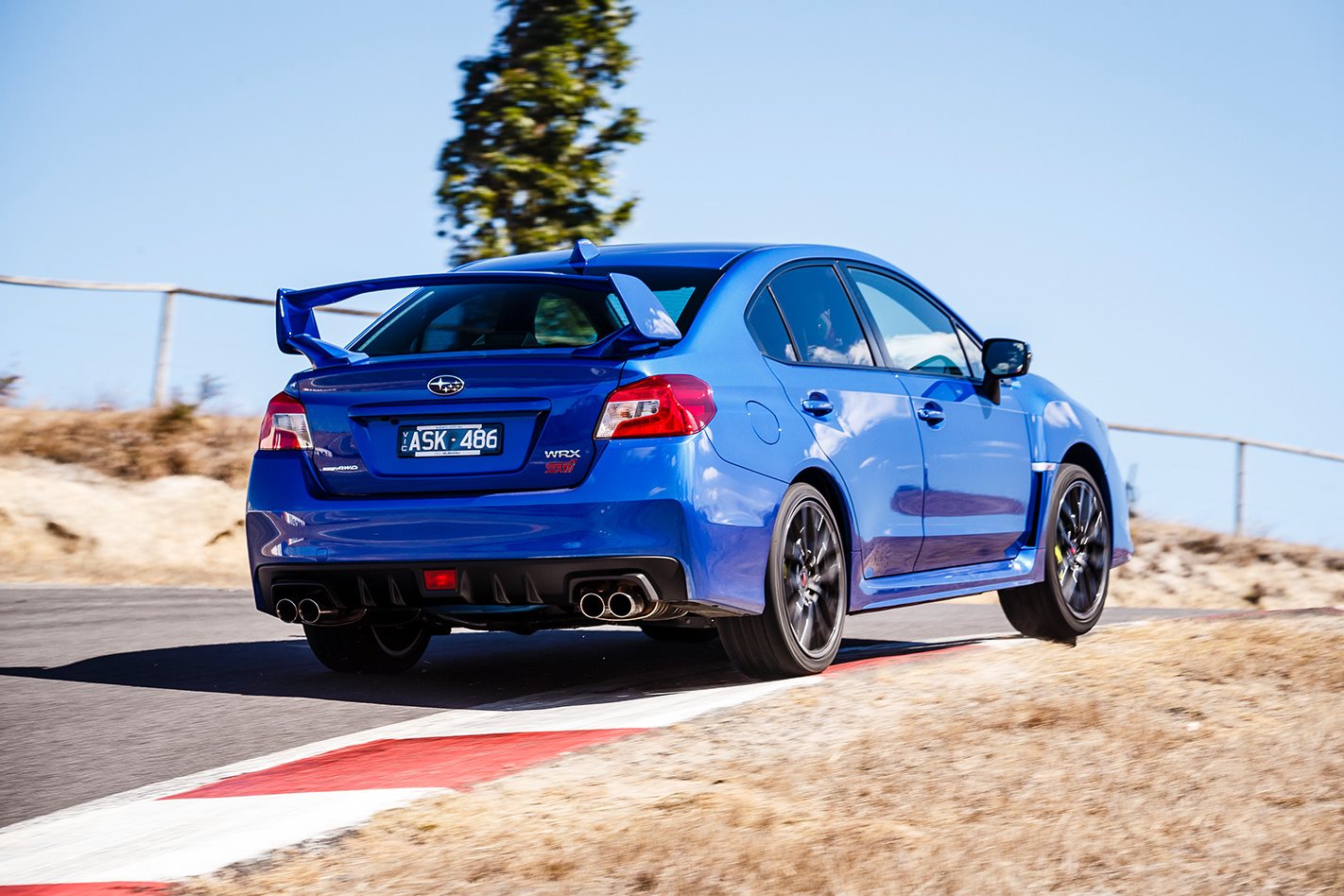 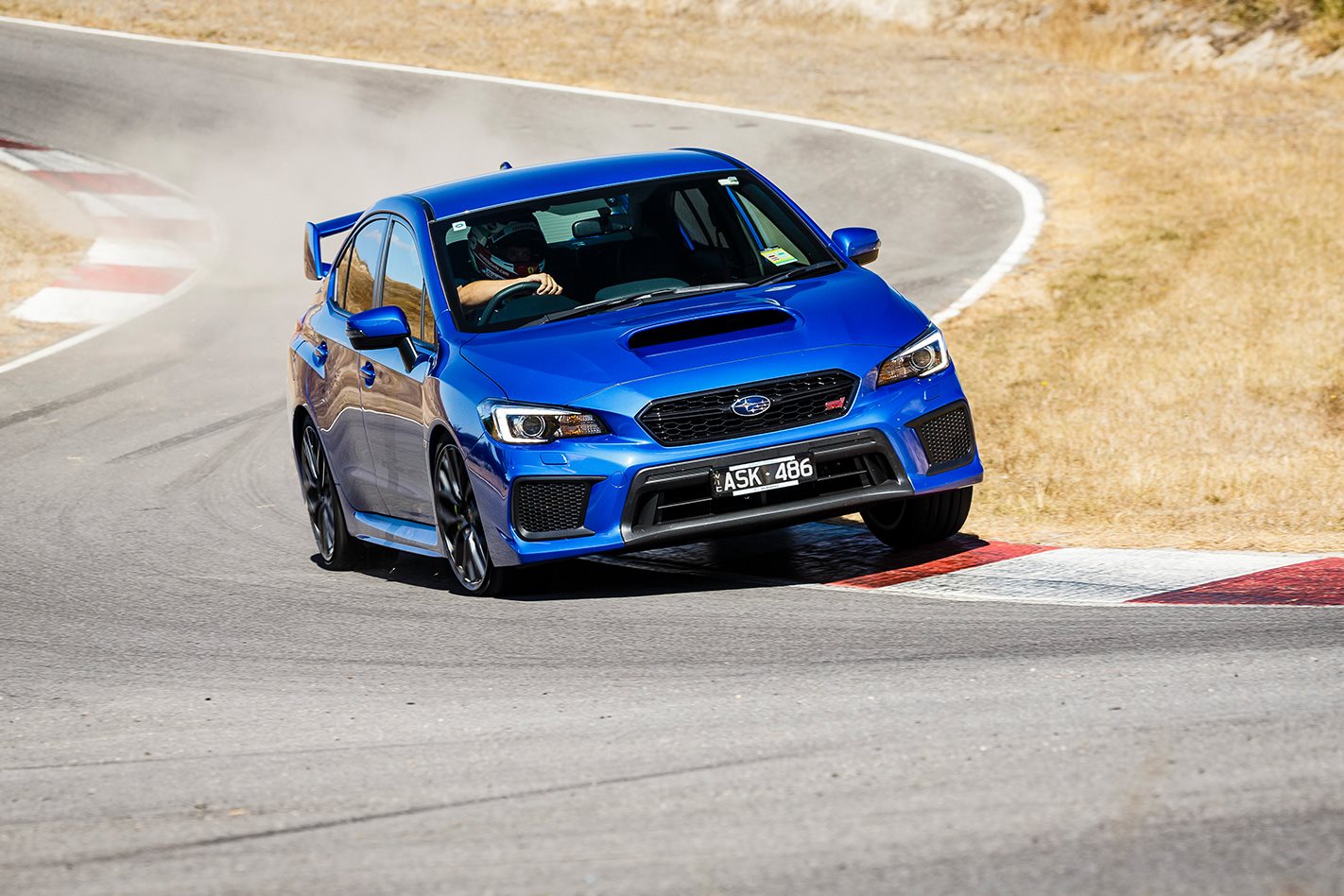 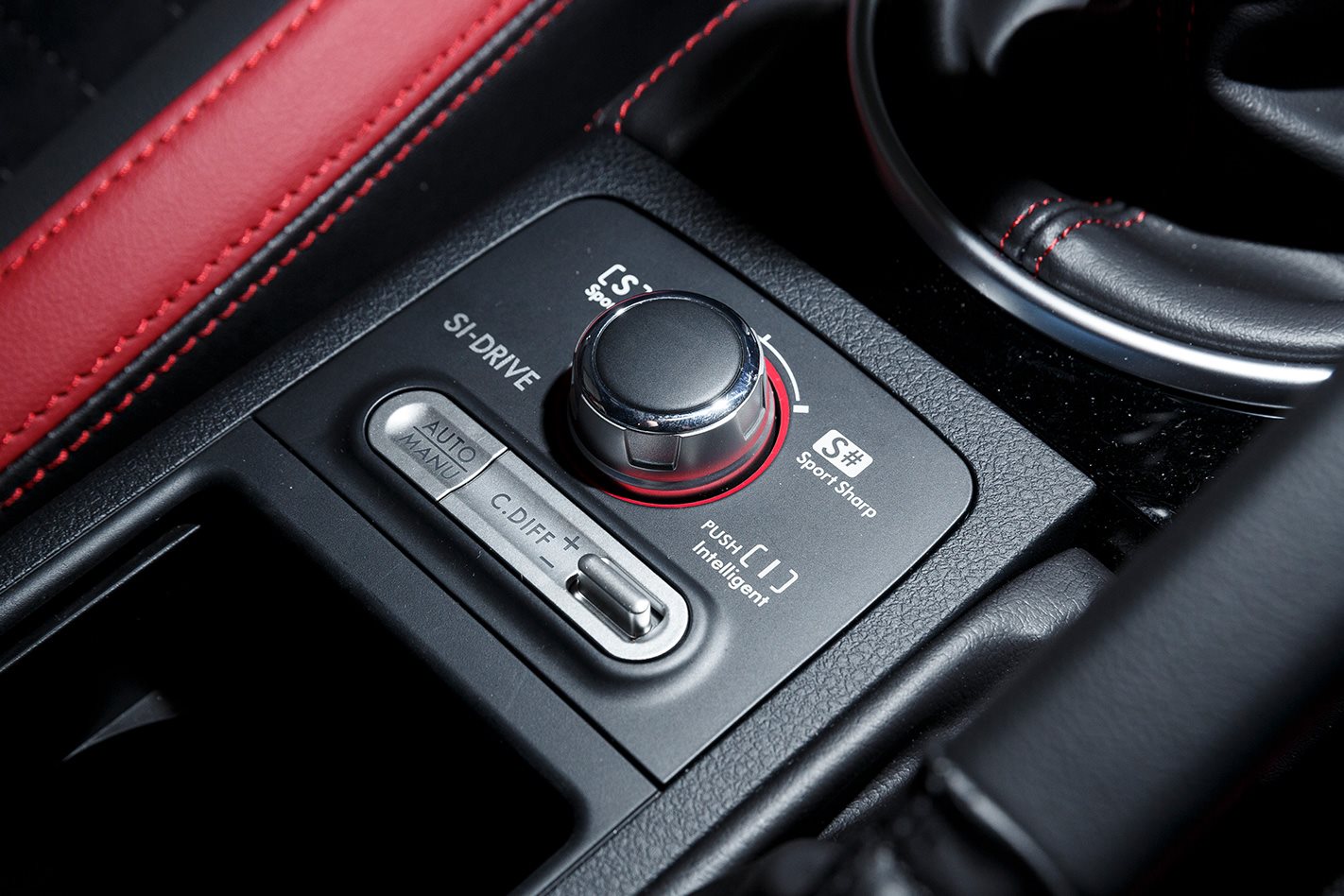 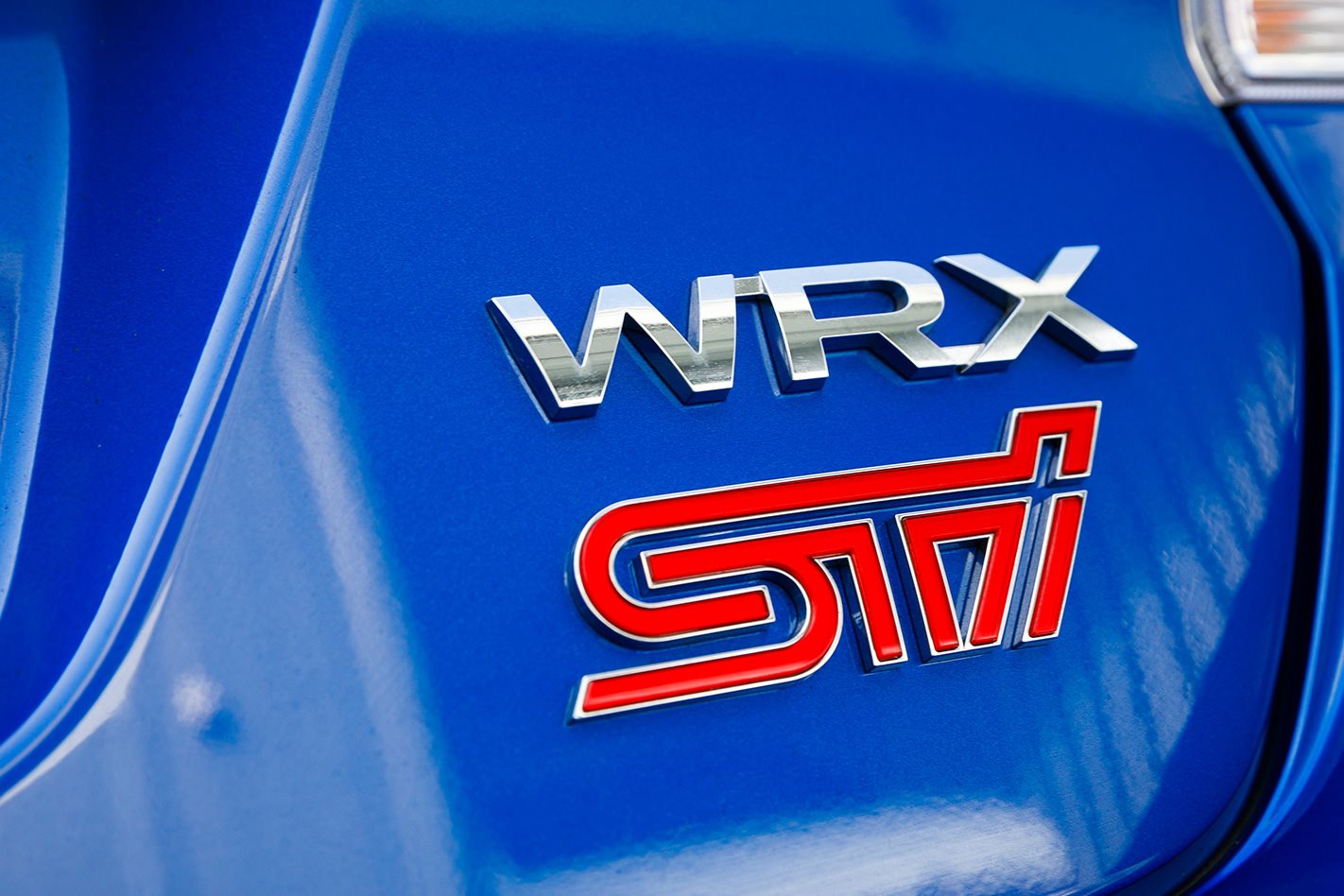 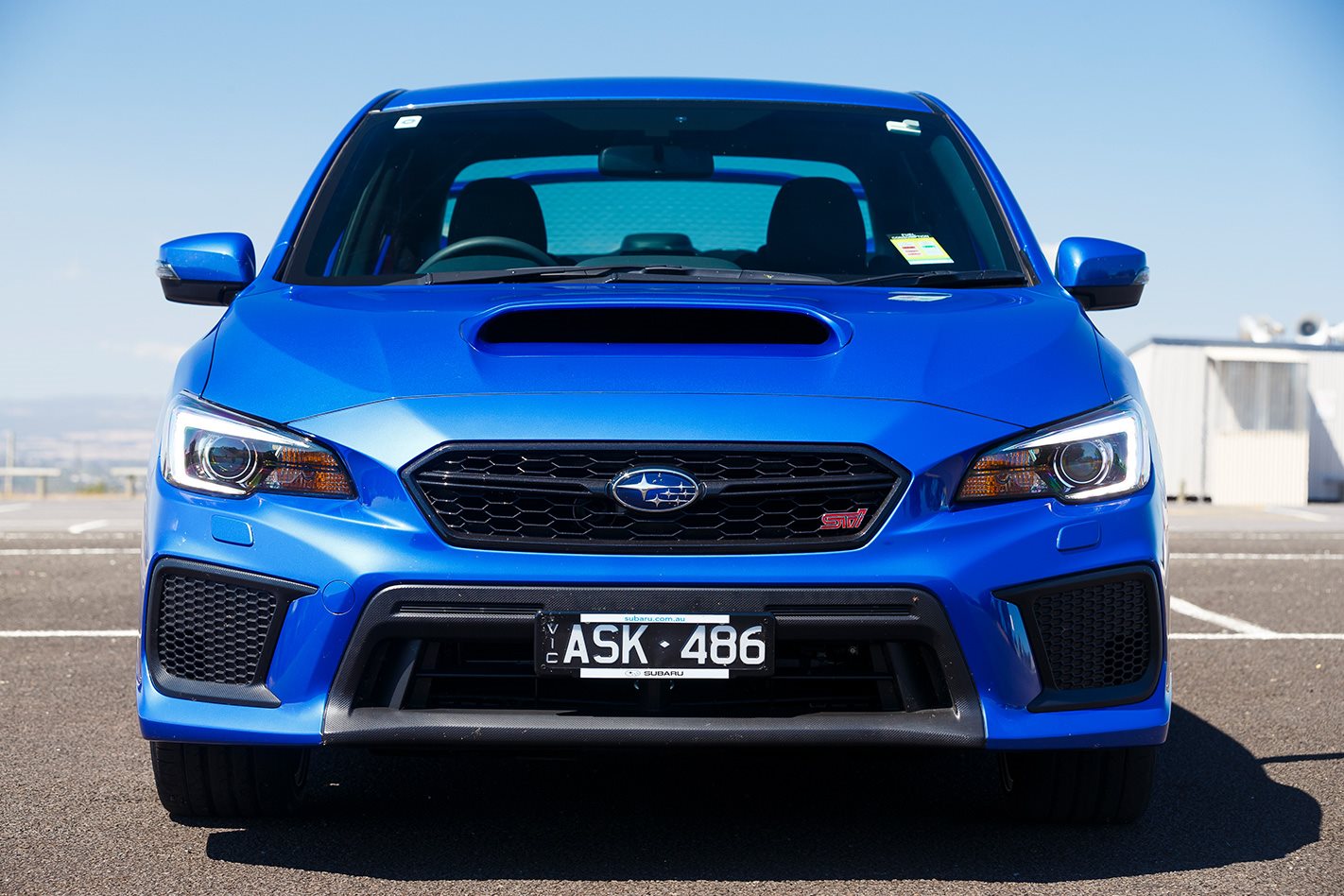 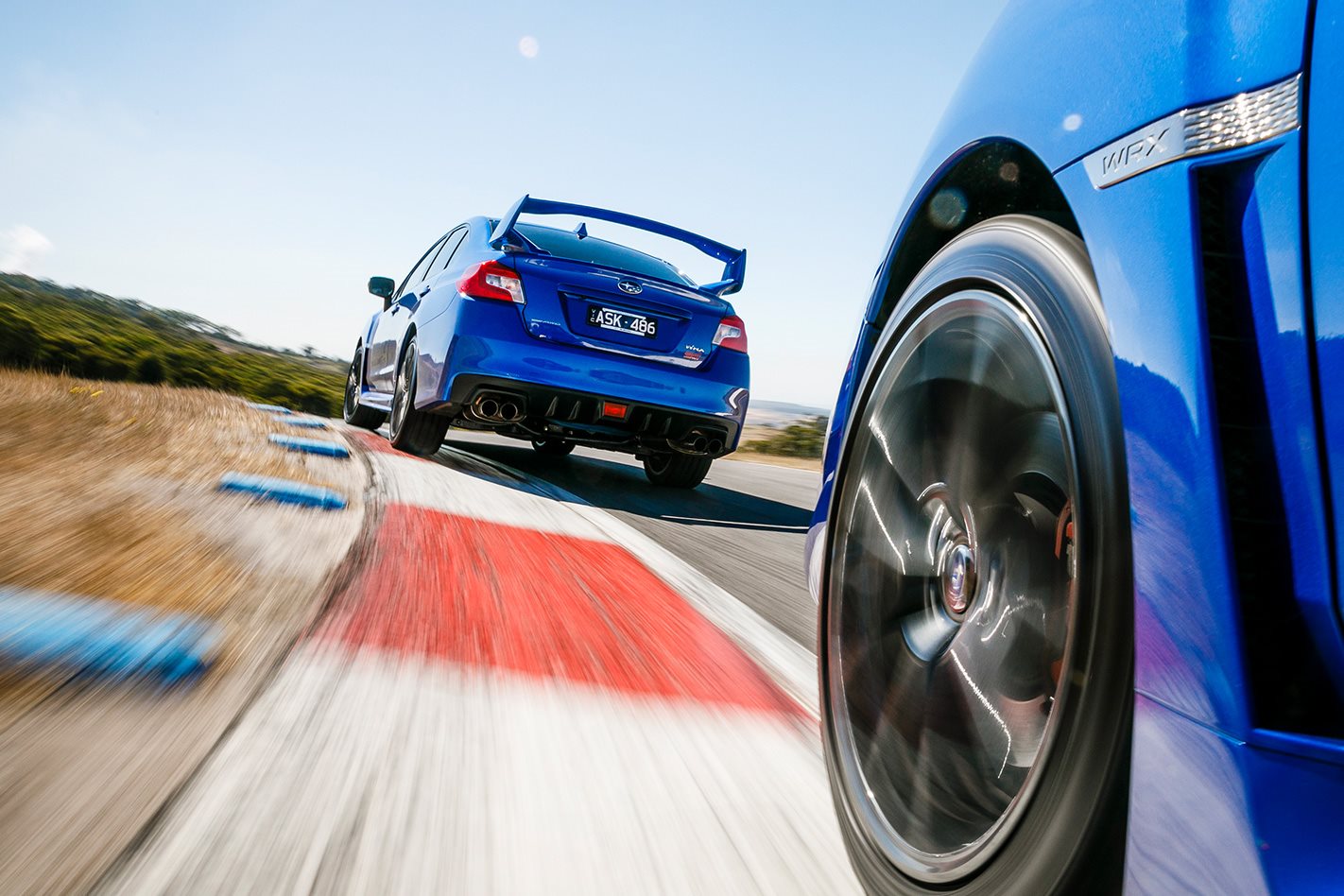 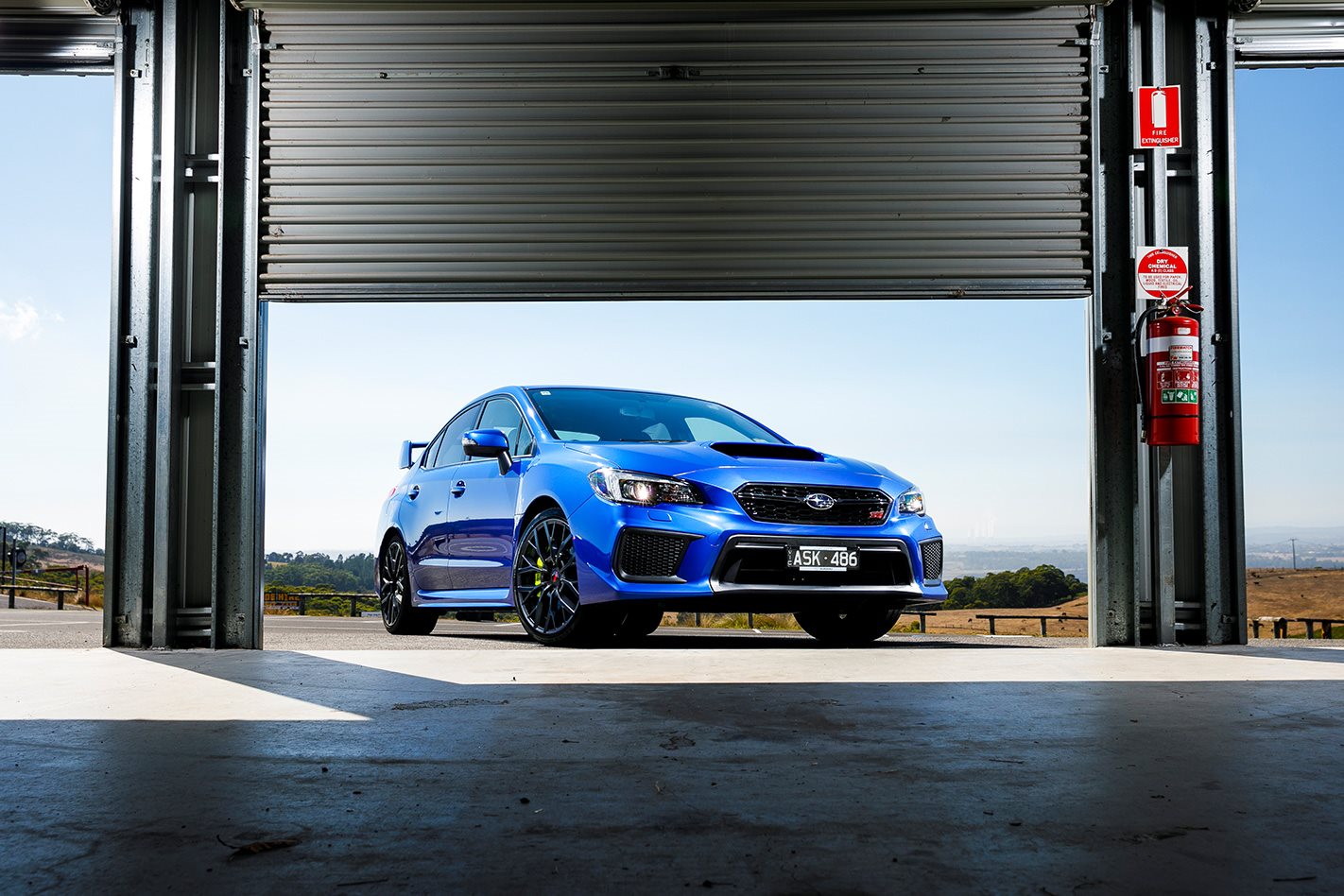 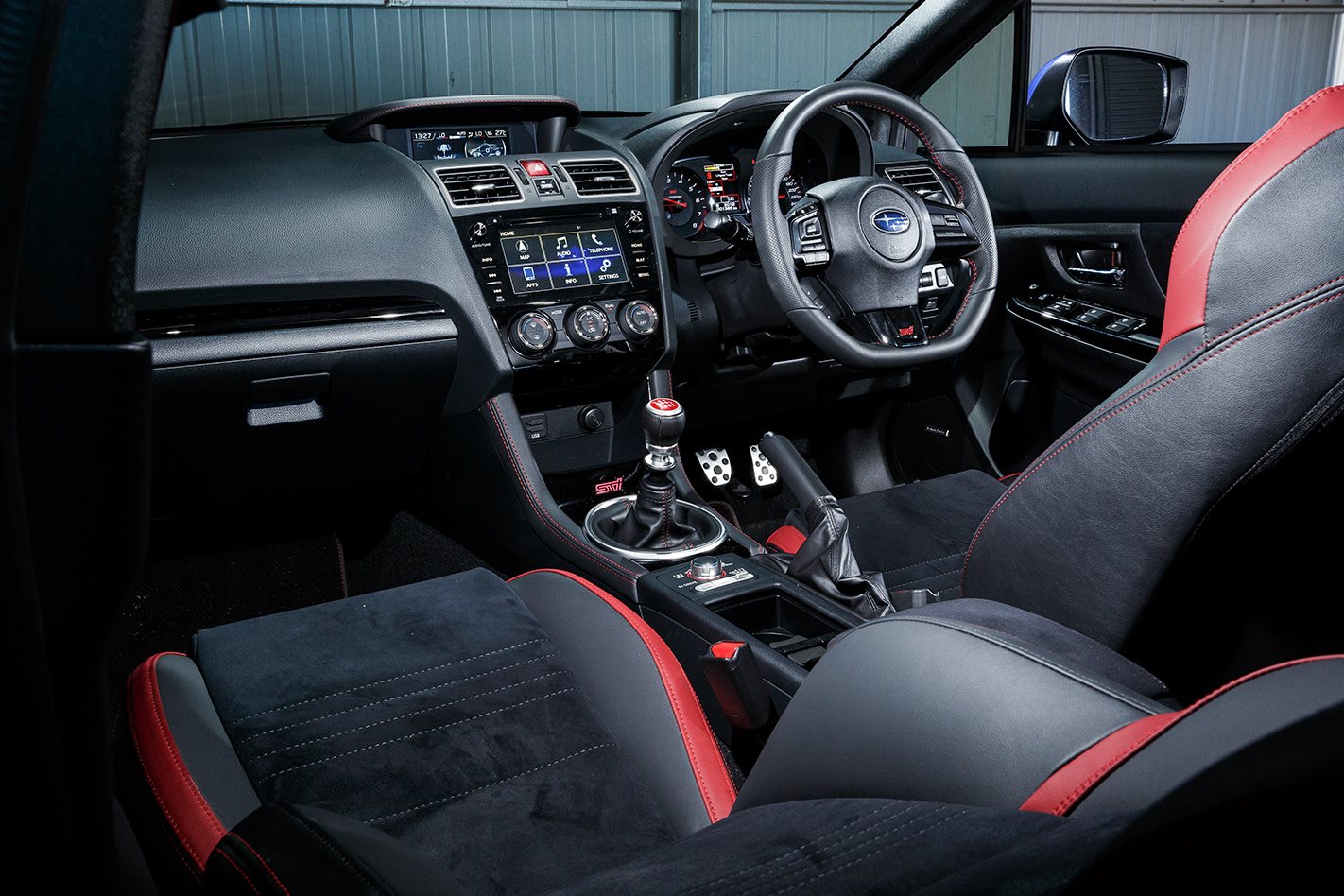 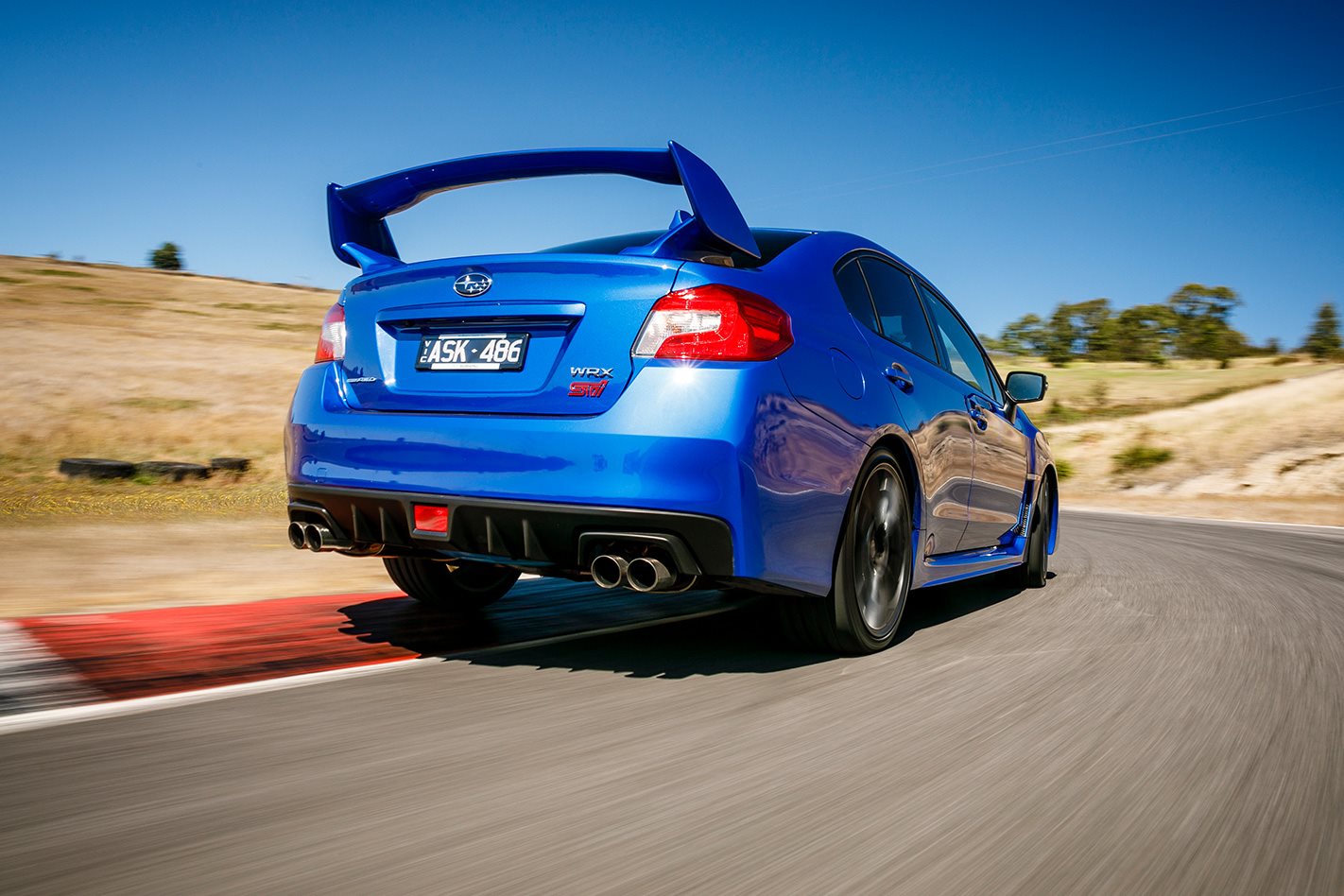 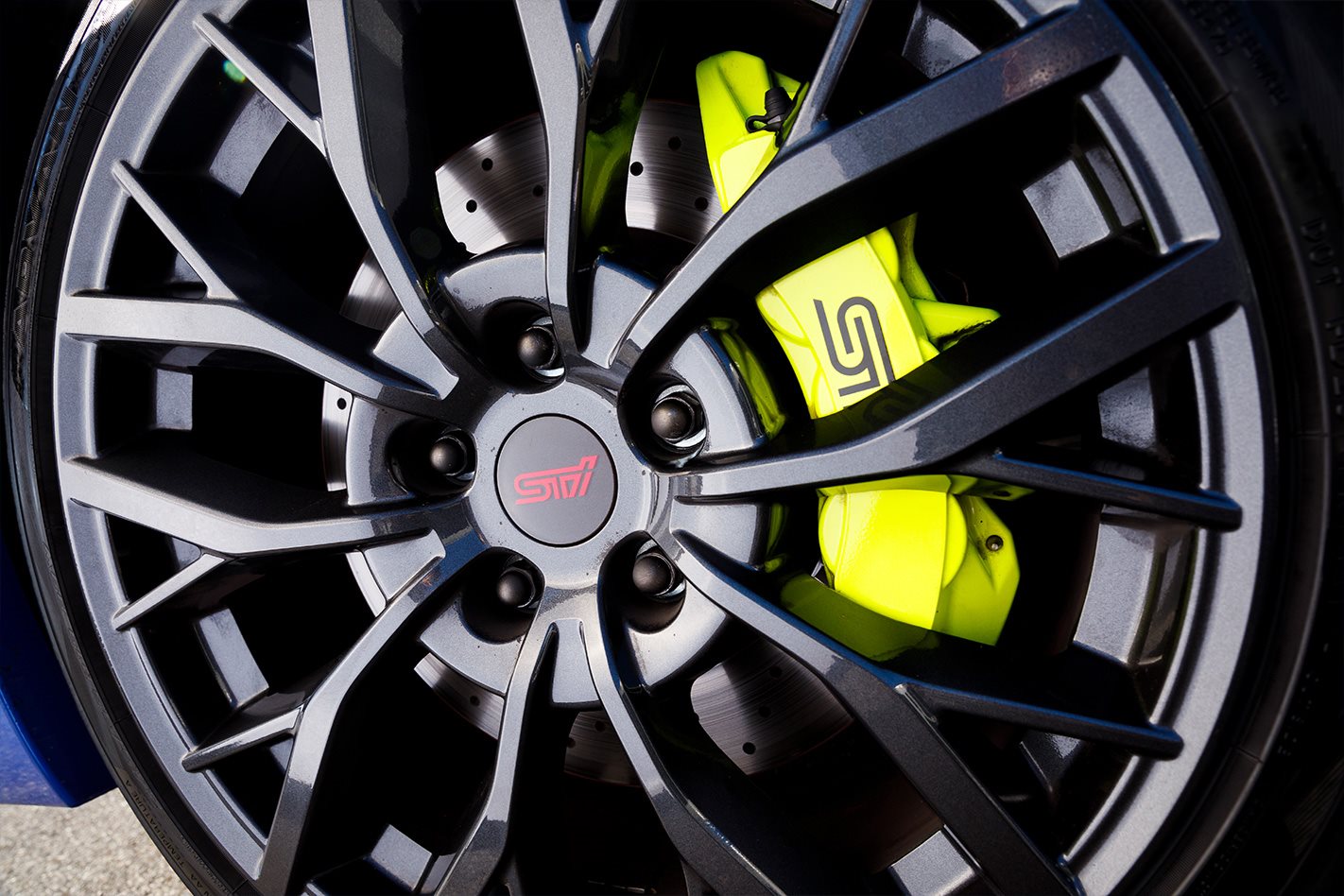