YOU PROBABLY wouldn’t have picked the Peugeot 308 GTi 270 if asked which of the cars assembled here packed the most potent power-to-weight figure. 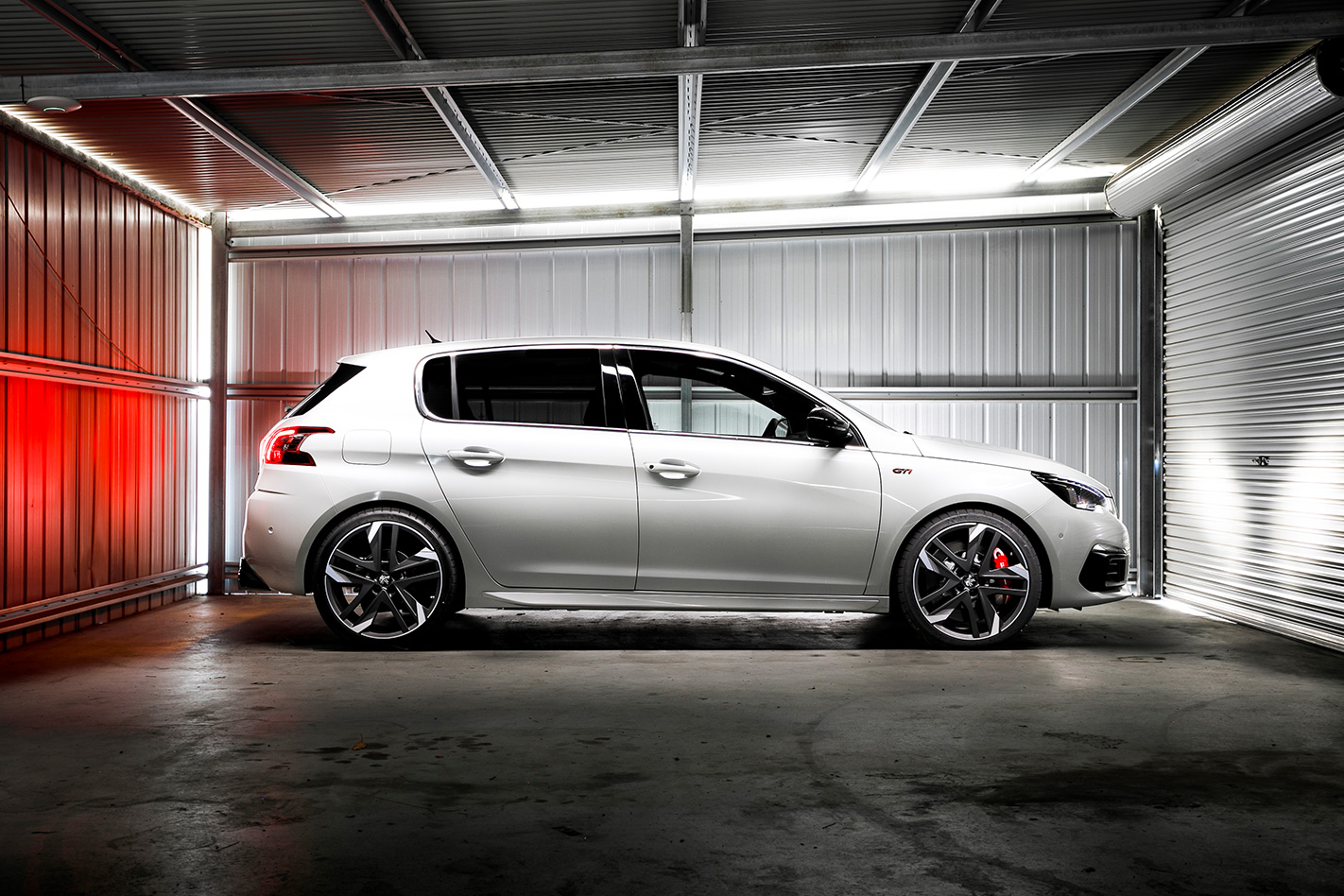 You’d have likely nominated the Civic Type R or the Subaru WRX STi on that score, but it’s the unassuming-looking French car that claims the kW/tonne crown here, thanks in no small part to a 1205kg kerb weight that would have impressed Colin Chapman.

It’s 65kg lighter than the Clio despite being a class bigger and would even make a base Toyota 86 look a bit of a bloater, despite seating five and packing a 200kW wallop. Coming from a 1.6-litre engine, that’s also the highest specific output of our field. 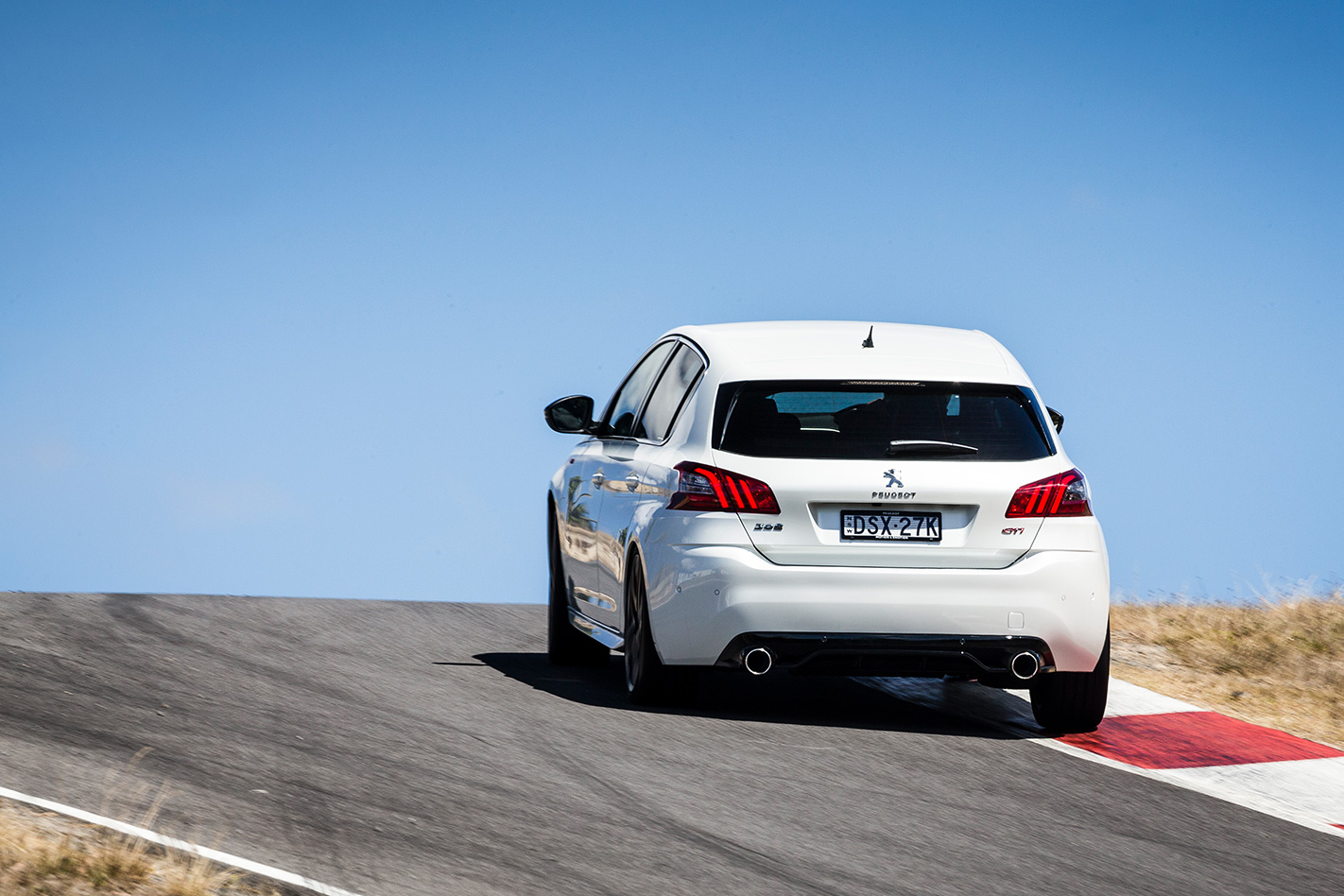 That gossamer kerb weight creates a virtuous circle in terms of dynamics. The 308 GTi rides beautifully, pulls up crisply on the brakes and makes the most of its power output, lapping quicker than the 221kW WRX STi and the 213kW Golf R. The initial impression is of polish and fluidity, the inherent suppleness of the suspension burnishing the Peugeot’s credentials as a fast road car. The Torsen helical limited-slip diff never feels quite as aggressive as that of the Civic or the i30 N, and there’s occasional tramlining from the 19-inch Michelin Pilot Super Sports, but that aside, it’s an instantly appealing package.

The EMP2 platform’s simpler and lighter torsion beam rear suspension isn’t quite as slick as a multi-link rear end, but the 308 GTi makes amends with a mighty front end, great body control and a powerplant that feels barrel-chested as long as you don’t dip below the turbo’s sweet spot. 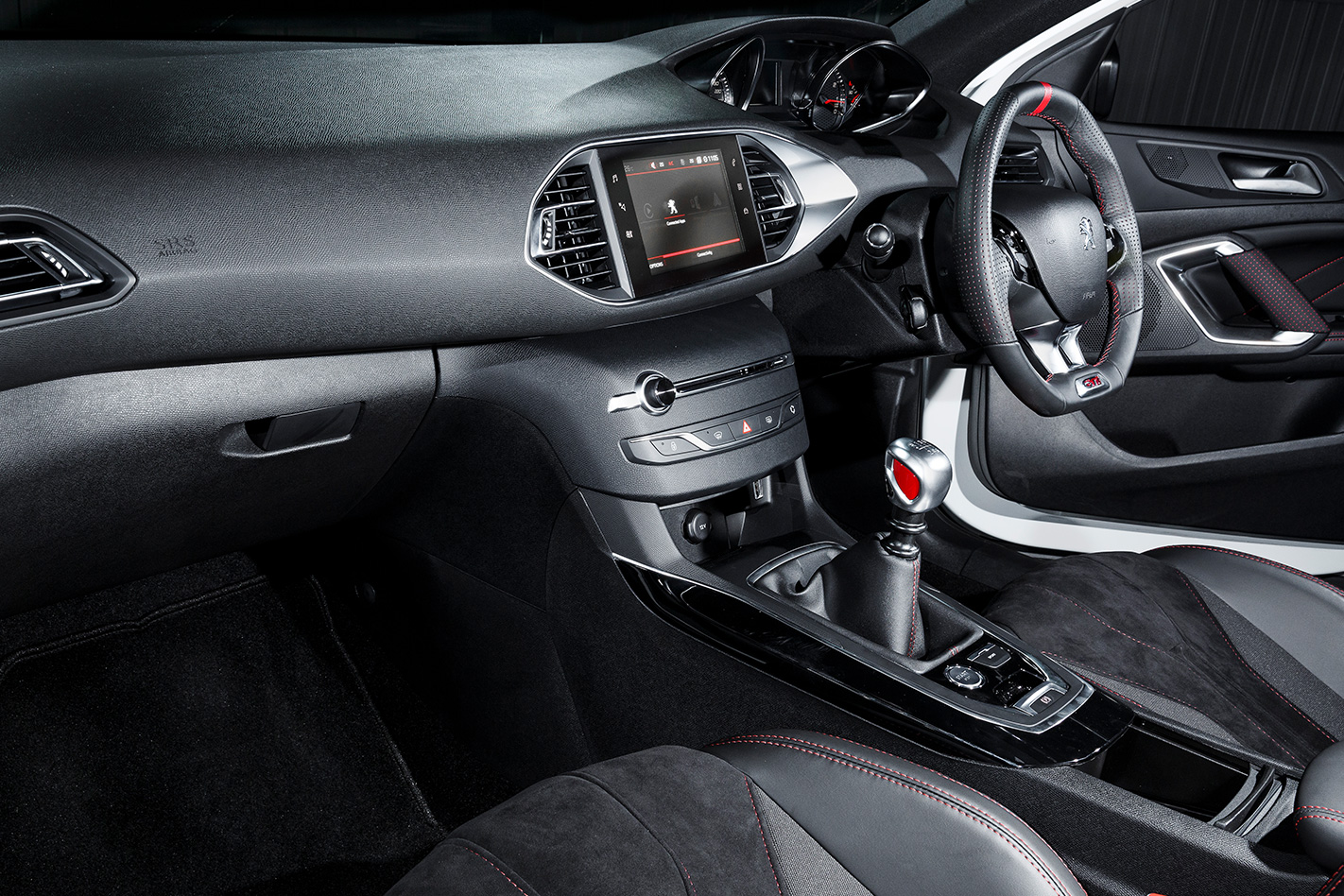 The manual gearbox is slightly longer in throw than some here, but feels well-oiled and positive, although it can baulk if you try to rush the synchro. The pedal placement is probably the best of the bunch too. Switch the car into Sport and the sound signature makes heel and toeing so simple that at first you have to check to see whether the car is executing the perfect throttle blip on downchanges for you. The 380mm front discs and four-piston calipers are hugely reassuring once you’re dialled into the middle pedal’s short travel.

Of course, being a French car, there are the occasional ergonomic glitches, such as the way switching into Sport causes the digital speedo to vanish, retrievable by prodding the end of the left-hand stalk a few times. There were also a couple of annoying trim rattles.

The tiny, low-set steering wheel might also dissuade some. I love its roll-of-the-wrists directness and that feeling like you’re on a triathlon bike, measuring your inputs carefully. It makes the car feel precise and special, but for shorter drivers it can obscure the main dial pack. The rest of the cabin looks slick and a couple of our judges thought the minimalist architecture of the dash was the best executed of all gathered contenders. Yet space in the rear is tight and it feels meanly equipped, with no rear vents or power outlets, and the ride that feels so fluid up front is notably more fractious in the back. 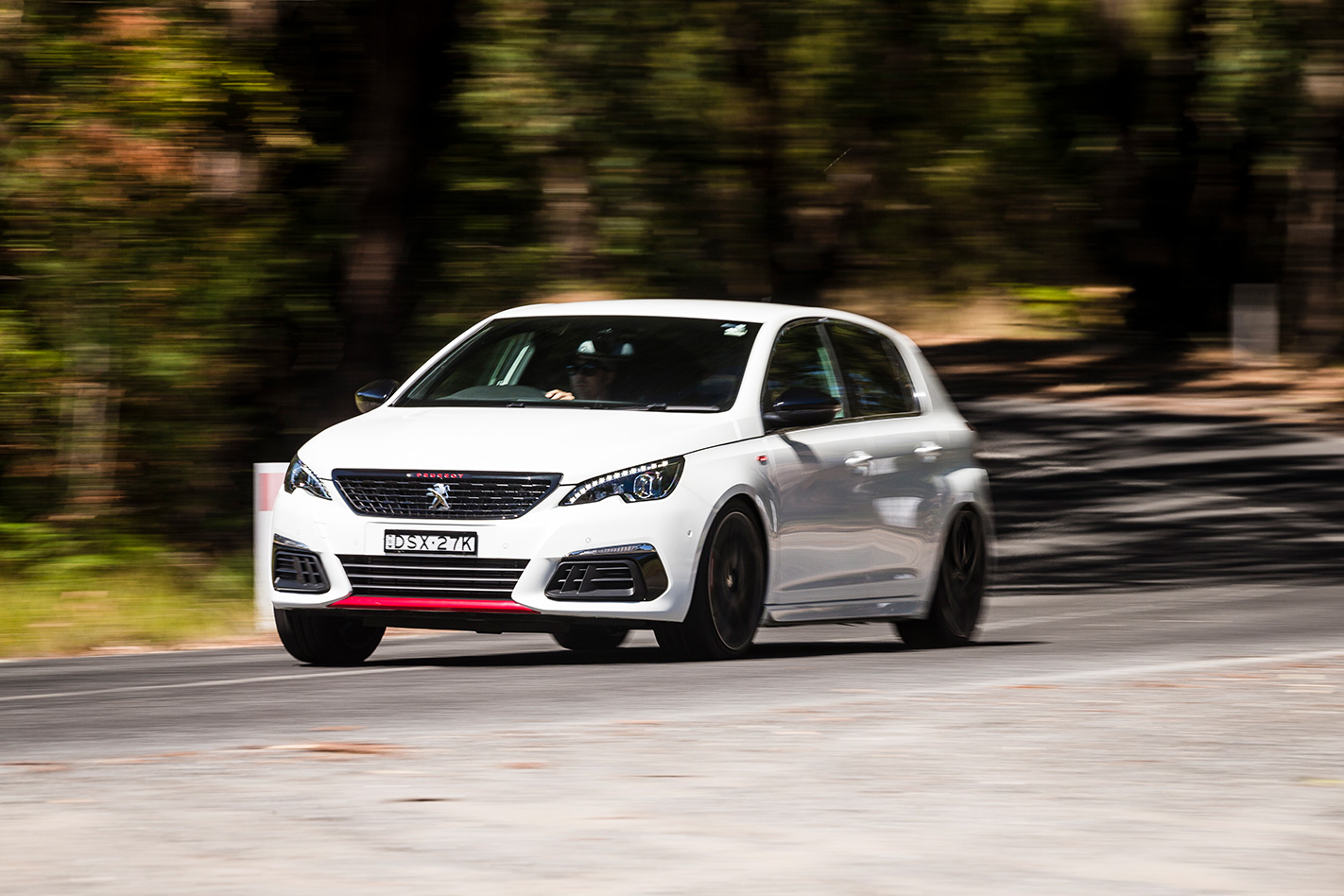 Above all, the 308 GTi nails a brief of being fast, discreet and classy. The Volkswagen Golf R also delivers on that brief, but the Peugeot is notably quicker on a challenging road and, as long as you spec it tastefully, has that rare talent of flying under the radar. We love it, which is why it more than merits its podium position here. 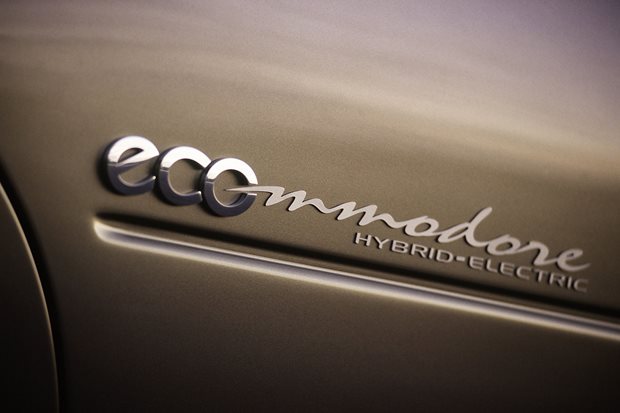 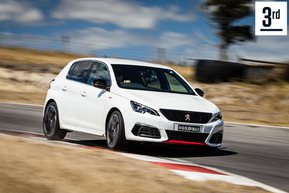 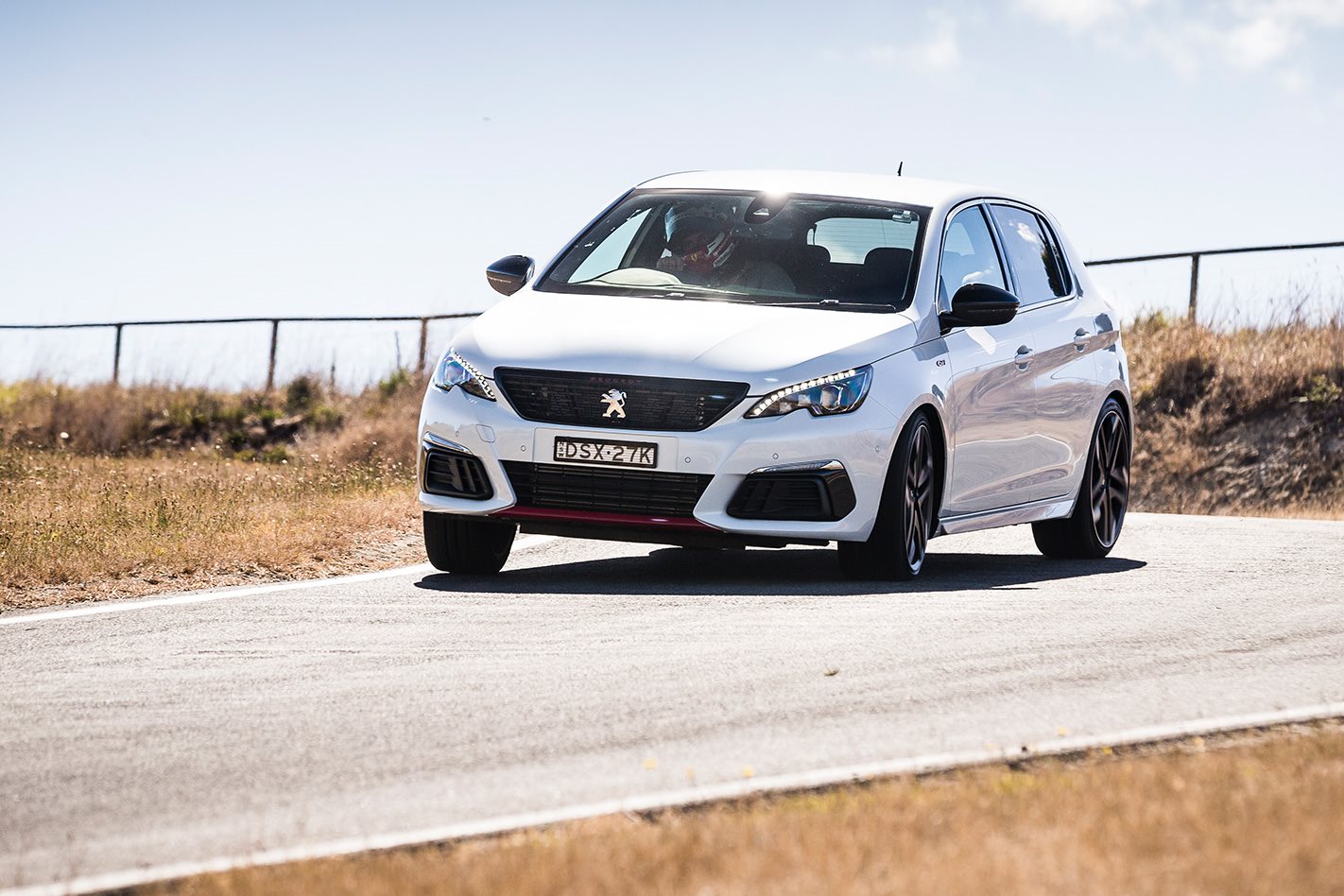 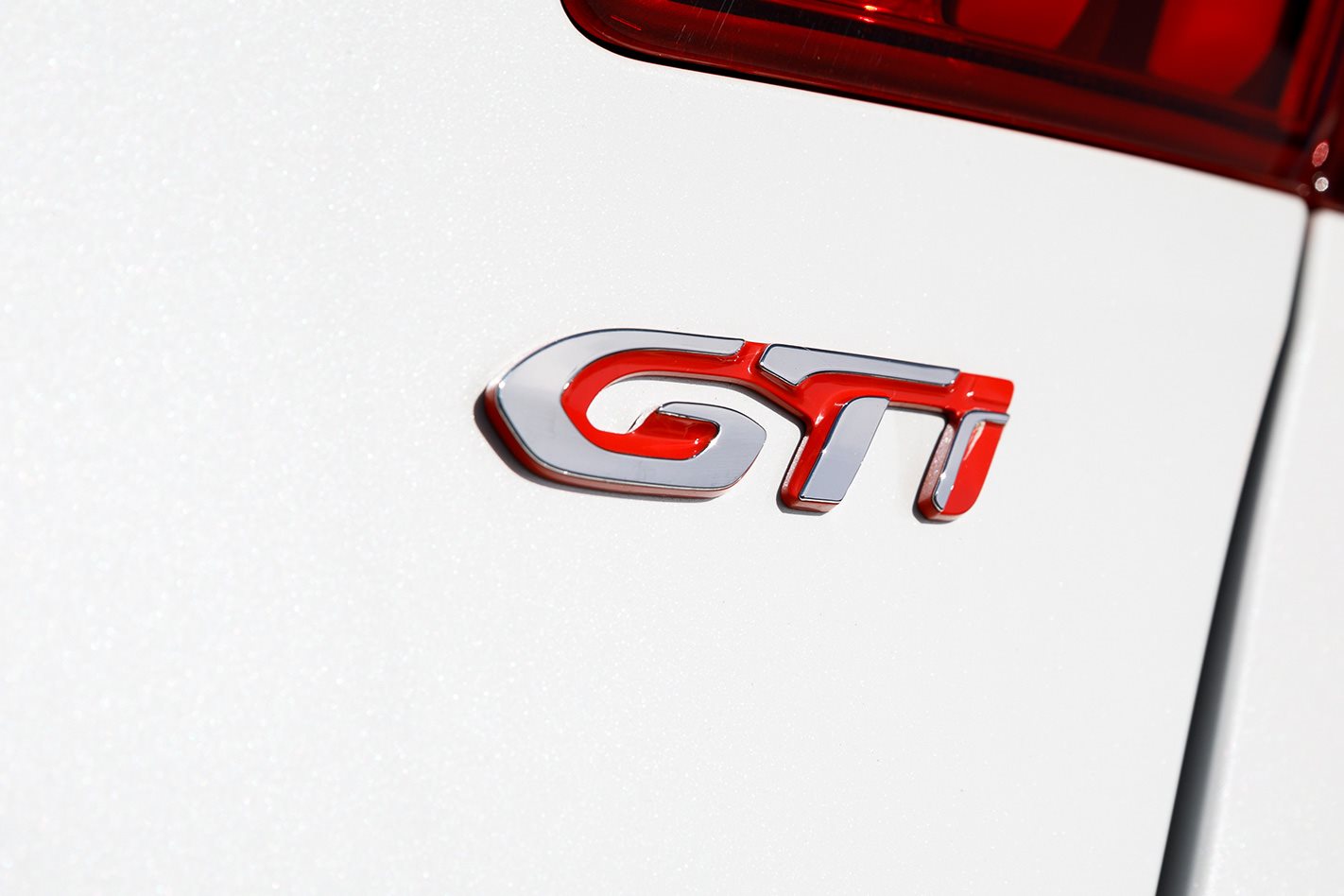 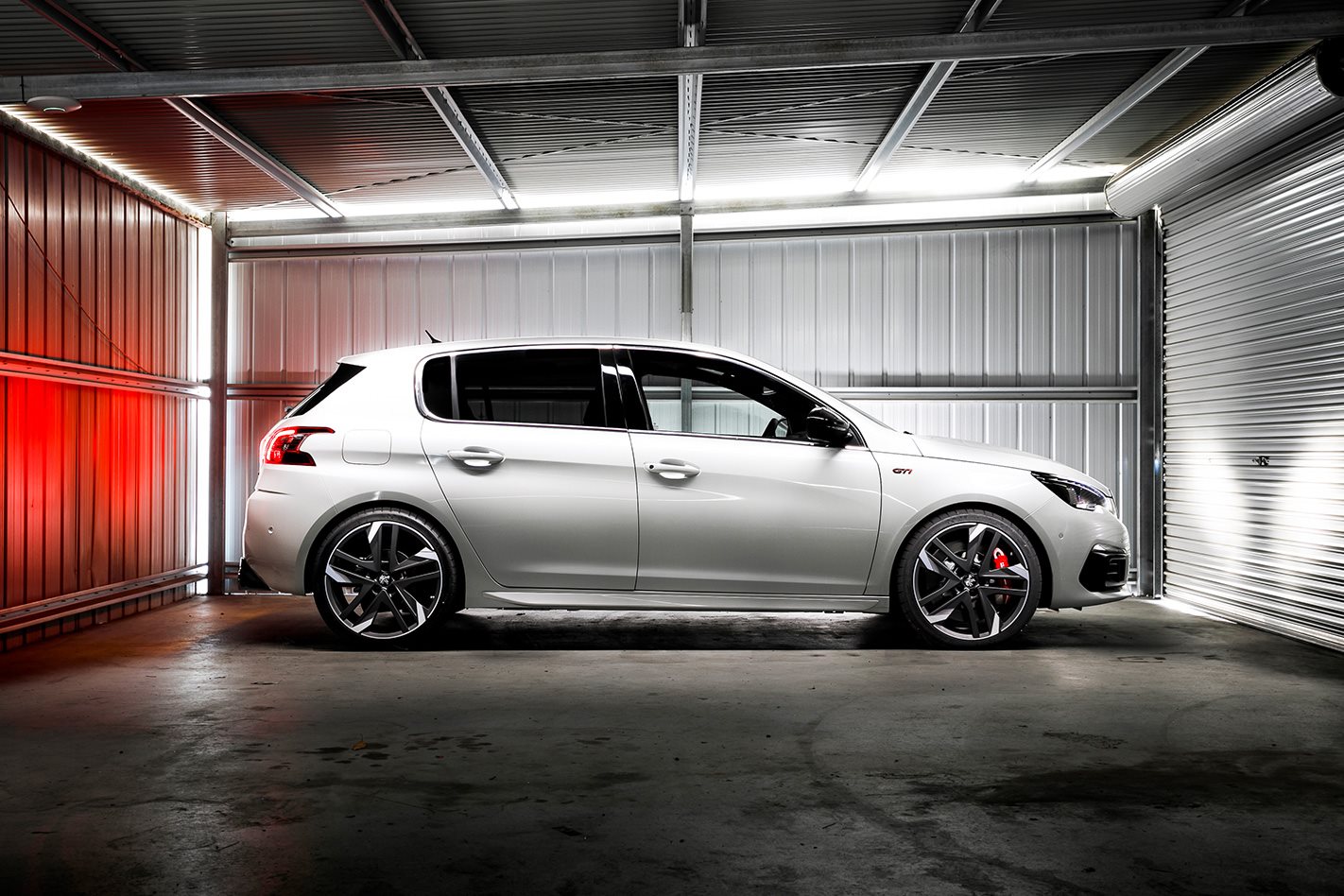 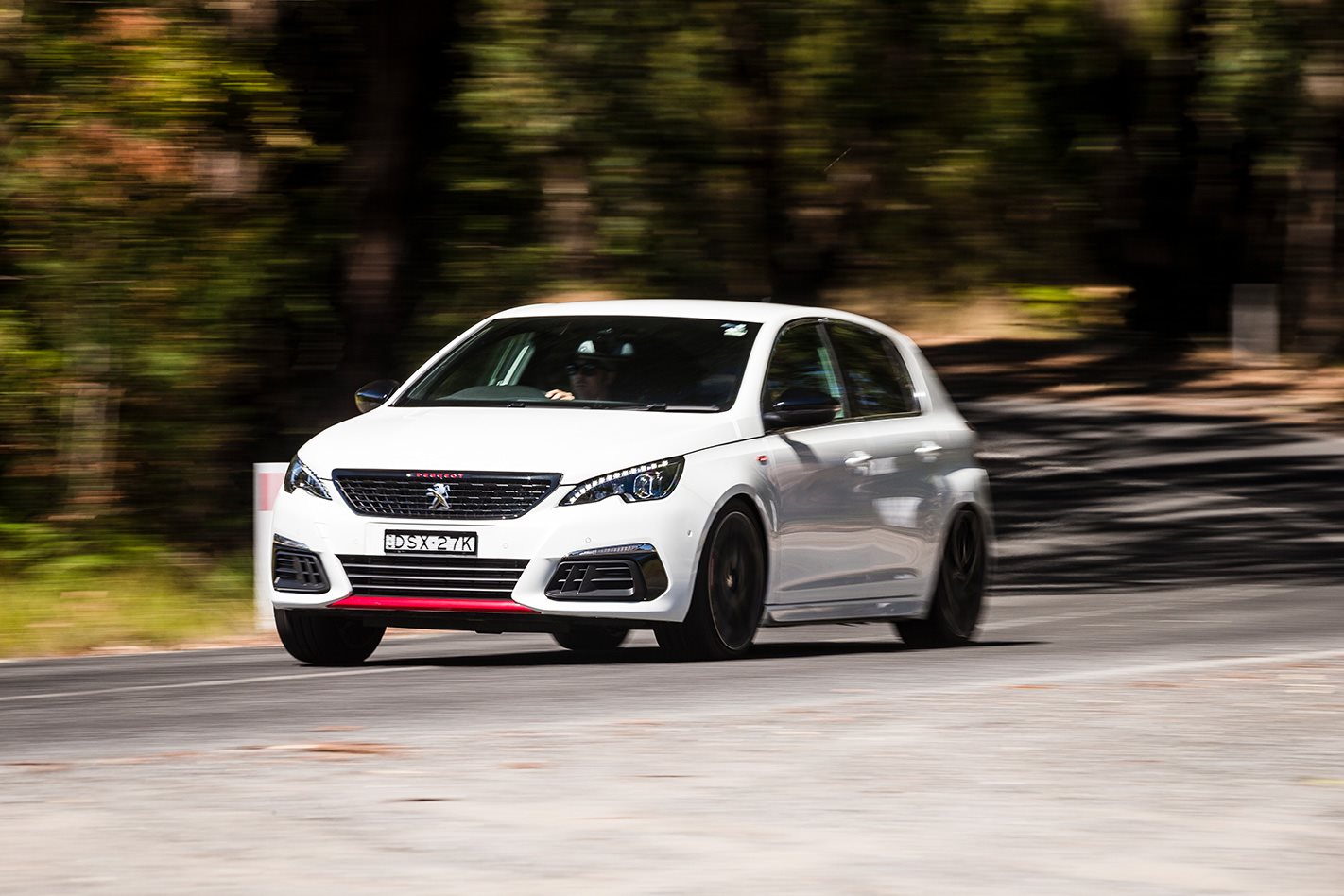 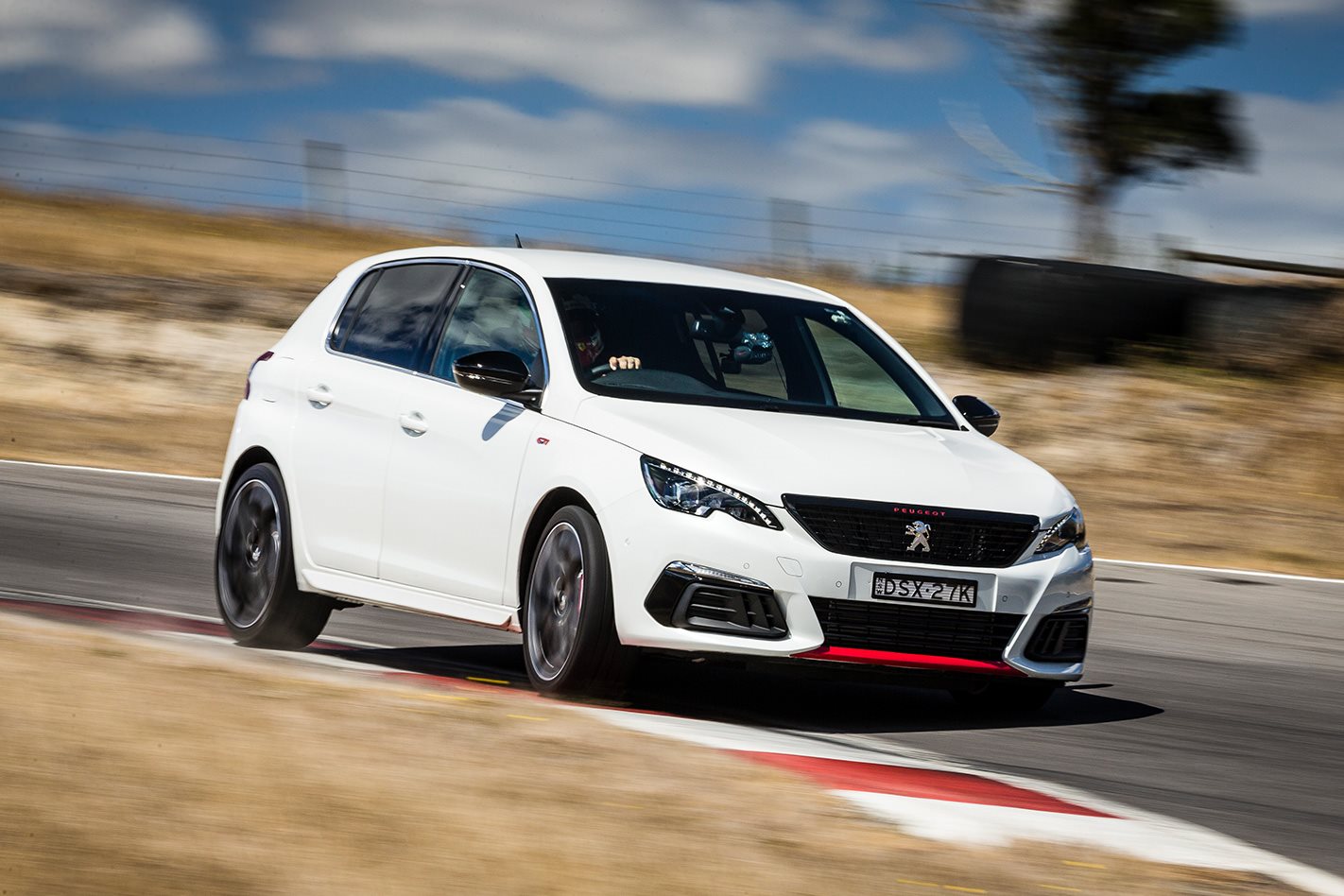 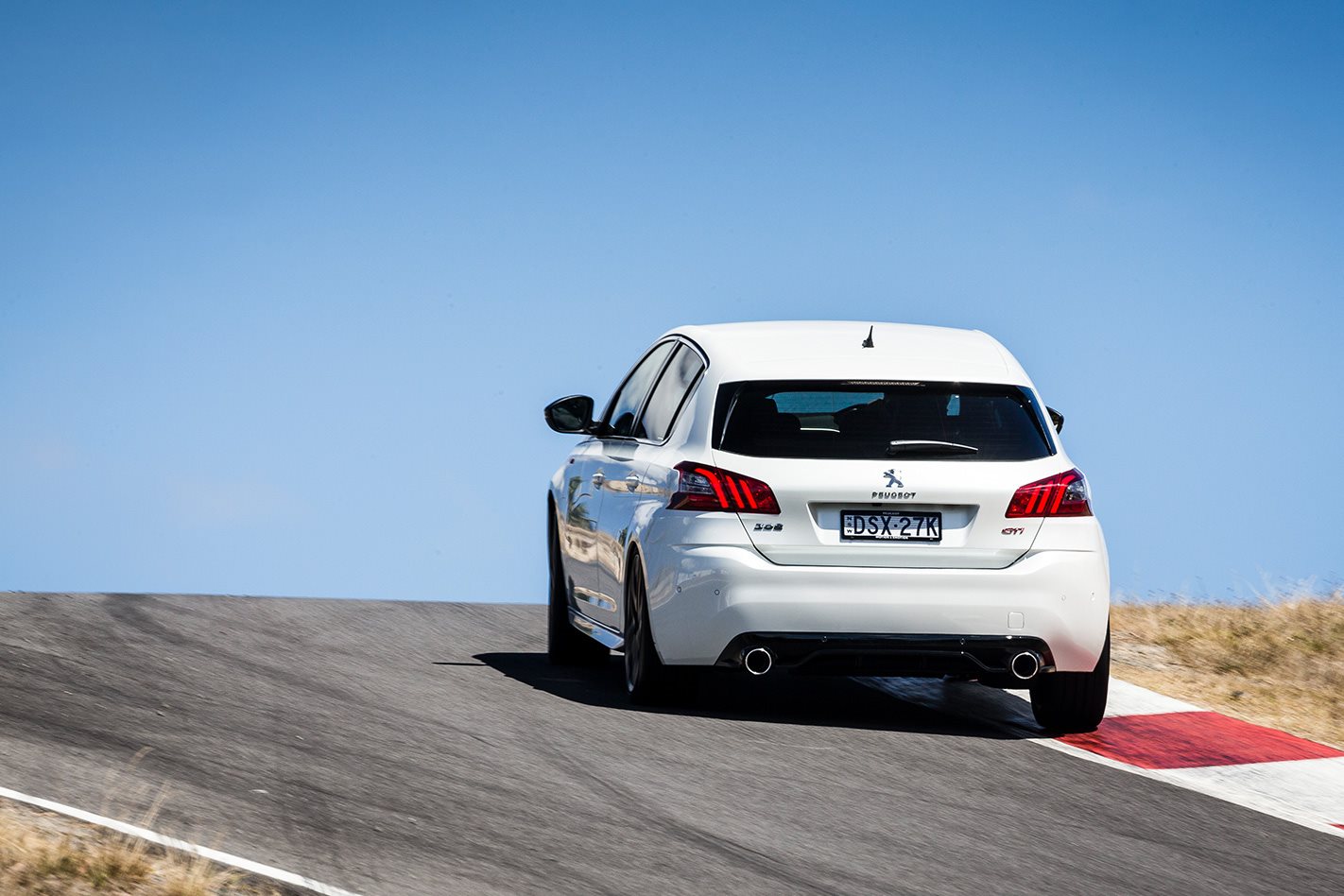 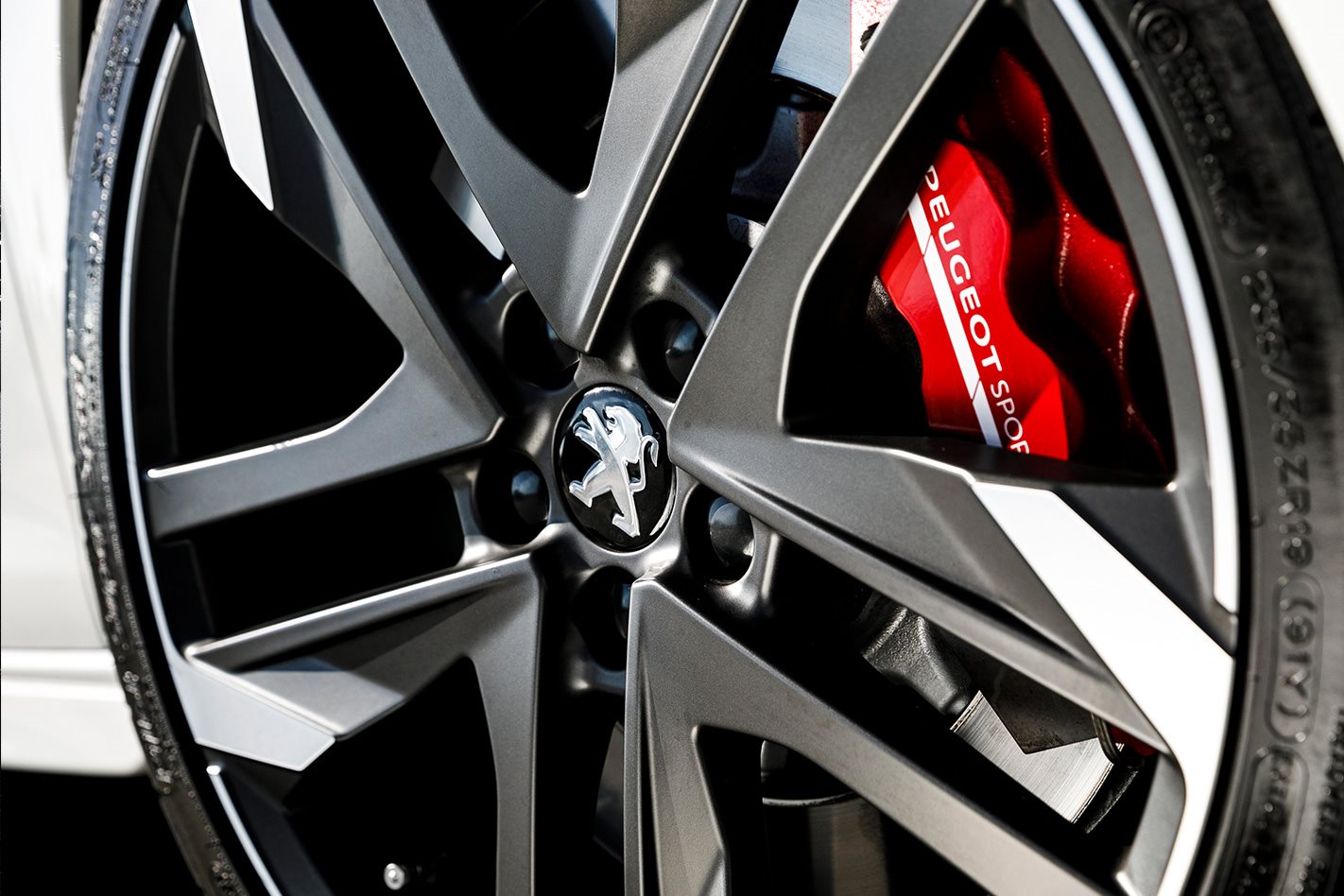 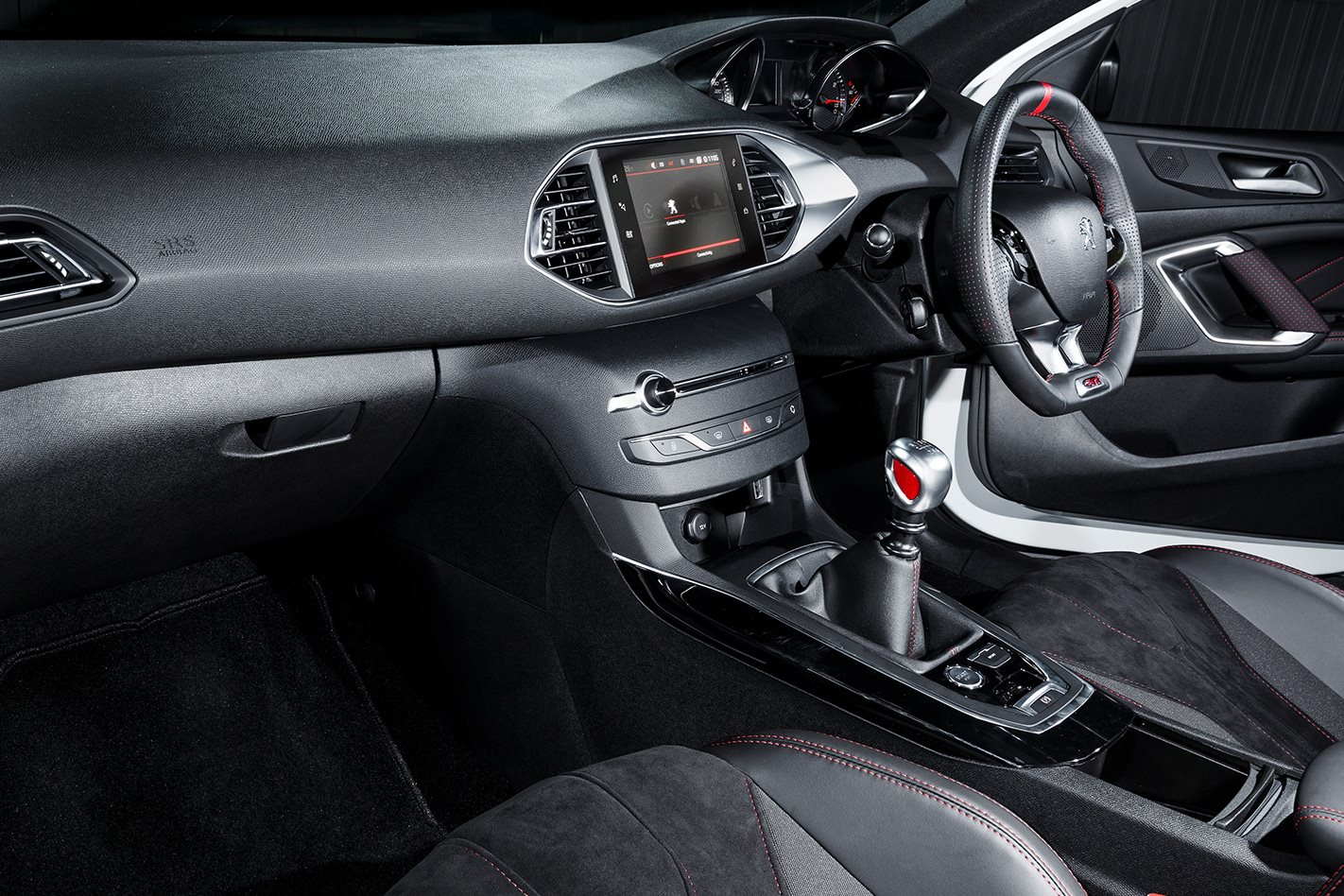 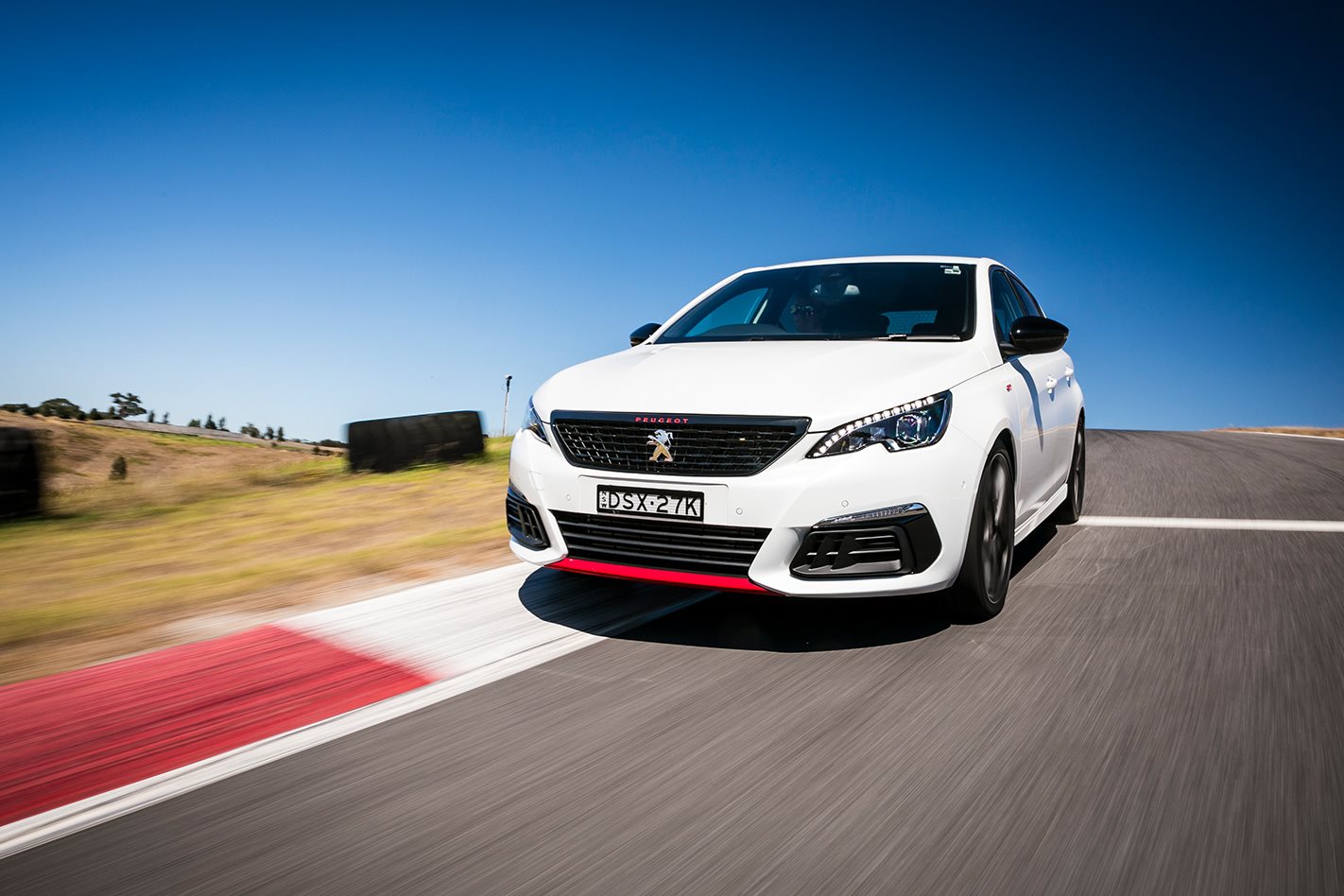 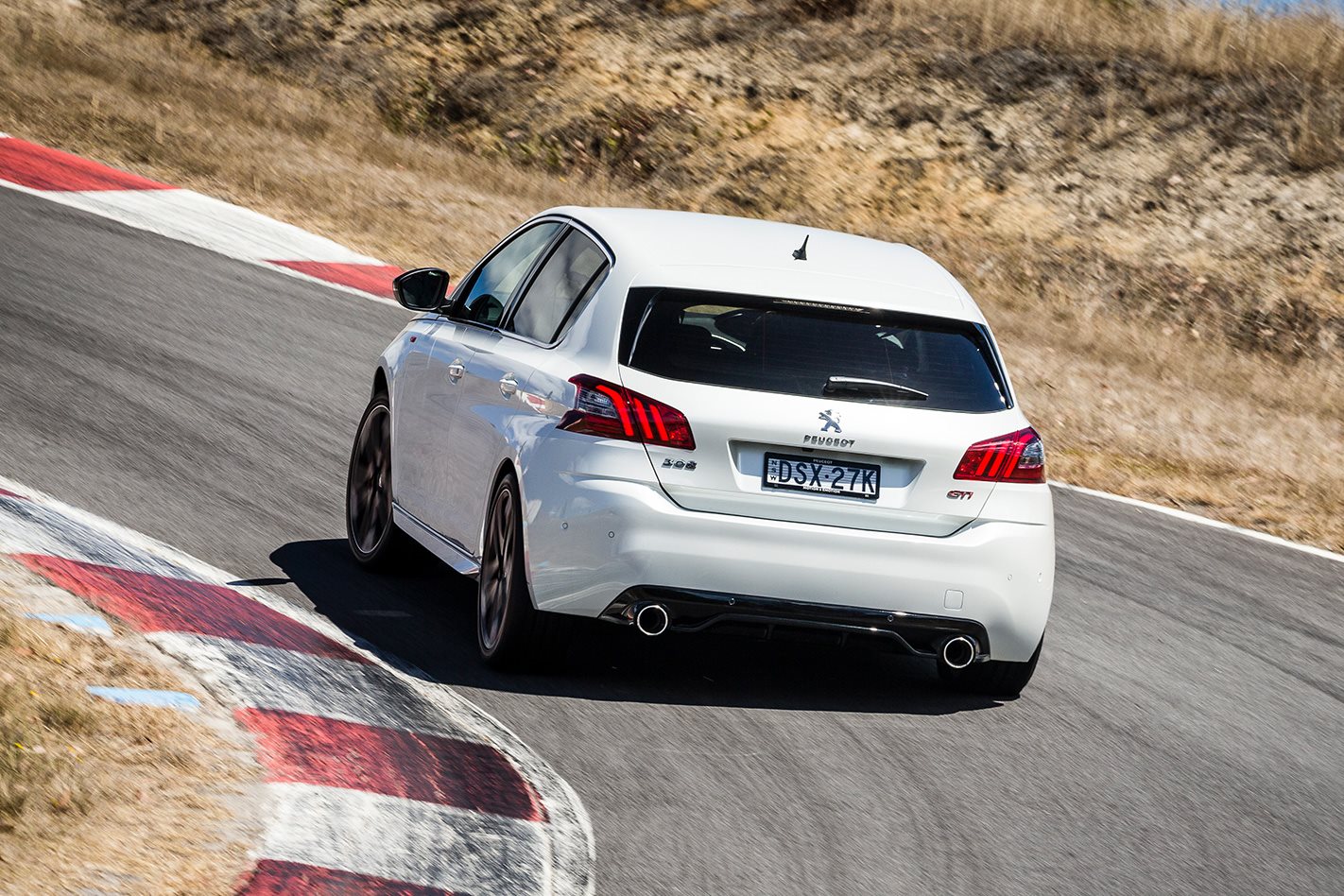