The mid-life updated version of Volkswagen’s venerable Golf hatchback and wagon in mid-range Comfortline trim - the one Volkswagen predicts to be the volume seller of the range. 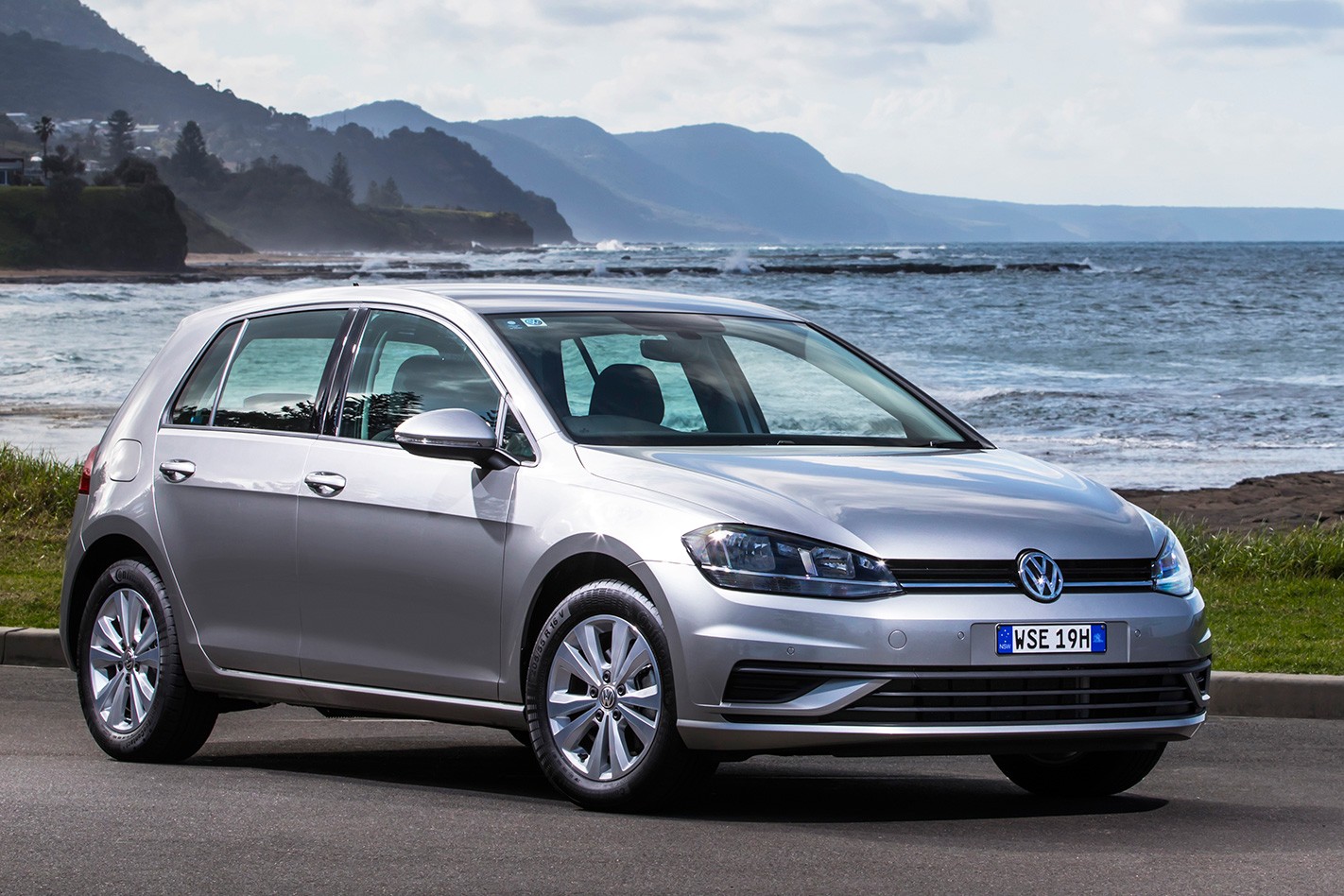 This is the first time Volkswagen has regarded a Golf mid-life refresh significant enough to label with a ‘0.5’ half mark. The 1.4-litre turbo engine has been wicked up and a light facelift applied, but the most significant changes are found in the cabin where a decent dose of tech has brought the four-year-old small car bang up to date.

For its mid-cycle update, Volkswagen has given its Golf the customary new face and behind, but it’s the surprisingly athletic 1.4-turbo output boost and interior technology enhancements that really keep the Golf as fresh as a mid-winter Melbourne morning. Engine performance is now a better match for the capable chassis, while the information and entertainment systems are in keeping with offerings in premium segments. The Golf is growing up fast. VOLKSWAGEN’S revered Golf finds itself at a definitive fork in the road. Does this midlife update offer an opportunity to sharpen the price to prime the model to do battle with likeable French, Japanese and South Korean contenders in the affordable small-car arena?

Or does its compelling blend of quality, driving dynamics and style place it at the edge of the premium German and European rivals? Which way to turn?
Volkswagen has made the deliberate move to the latter with an update that has increased the entry level price a little, but boosted the value proposition by a lot, with new features and options that make it an alternative to lower-level premium offerings. The bargain-basement entry-level variants might get customers into showrooms, but most will leave with a higher-grade option and the kit they actually want, but the new base Golf 110TSI is, for many, all you may need or desire.

Independent rear suspension, leather steering wheel, 8.0-inch touchscreen, alloy wheels, AEB and reversing camera are not often seen packaged together in
a $23,990 small hatch, rarer still one from a German manufacturer. A dual-clutch auto takes the price to $26,490, but the power boost from 92kW to 110kW that forms part of the update adds a genuine GTI-lite enjoyment when specced with the standard six-speed manual gearbox. A Trendline variant ups the stakes with more kit , while a Highline rounds out the top of range, but VW forecasts the mid-level Comfortline to attract the majority of sales from $28,990, or $1500 more for the wagon equivalent.

Like all sub-GTI petrol variants, the Comfortline has a 1.4-litre turbocharged four-cylinder engine that has been squeezed to find another 18kW and 50Nm, and that increase has taken performance over the fine line between adequate and involving. From a broader driving dynamics perspective, nothing has changed and that’s a positive, with the excellent handling and ride characteristics of the four-year-old Golf Mk7 continuing.

While many midlife facelifts are headlined by a mild exterior redesign, the Golf’s aesthetic makeover of handsome LED lighting and bumper fettling is
of welcome secondary importance to the performance boost and logical tech update.

With a proposition as compelling as the Mk7 car, the Golf could have rested on its laurels until its successor arrives, but this well-considered update keeps VW’s small car firmly ahead of budget offerings and deserving of recognition with the Mk7.5 nomenclature.