If engineering worked anything like the fashion world, all-wheel steering would be its latest trend.

It was fancy and new when it arrived with the Honda Prelude’s 4WS or Nissan Skyline’s HICAS, but then slowly became known as complex and expensive. It phased out at the start of the millennium. 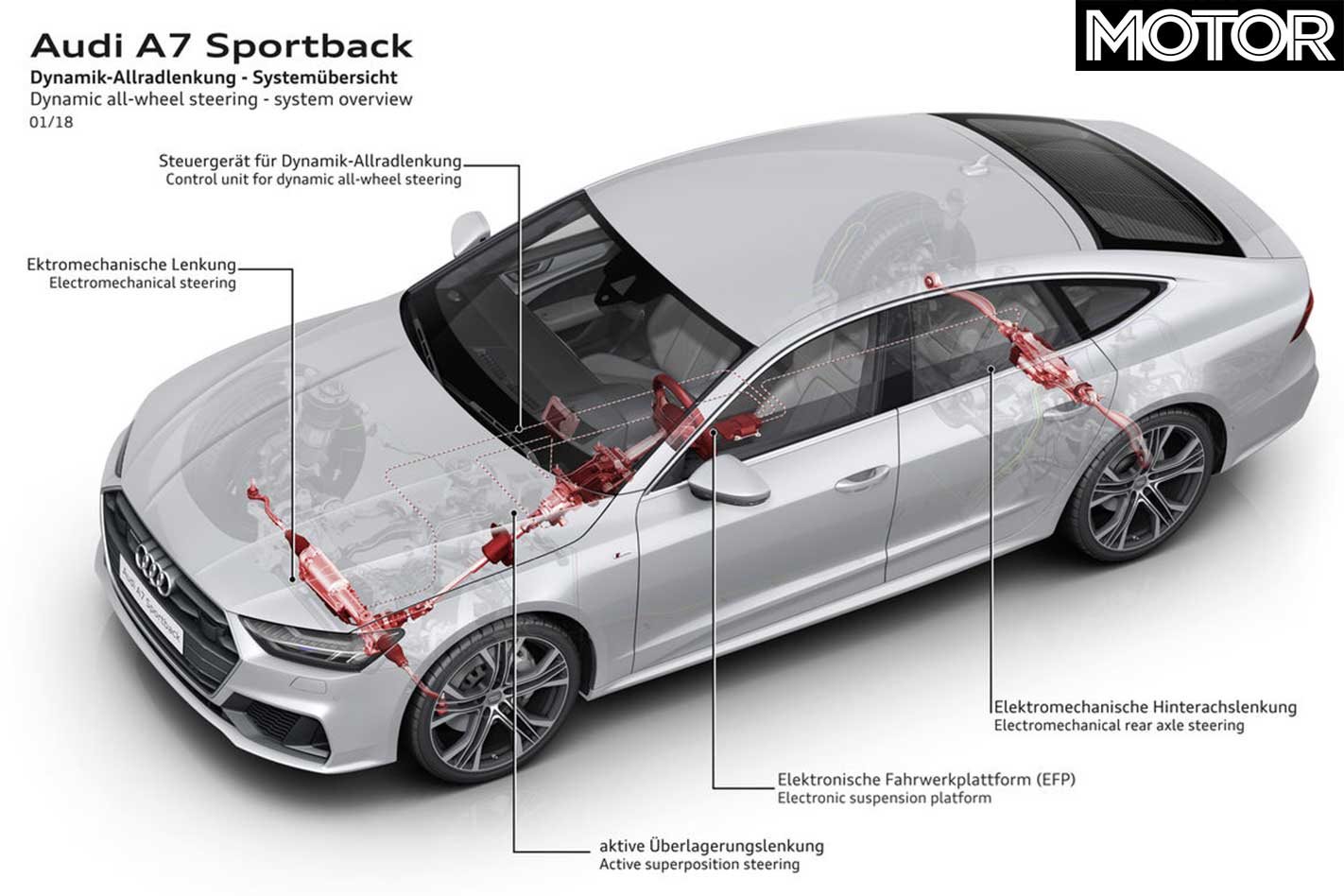 In 2013, though, Porsche returned it to vogue with the 991-series 911 GT3. It has since caught on in Modena and Affalterbach, too, with cars like the Ferrari 812 Superfast and Mercedes-AMG GT R. And now, it’s going mainstream.

Okay, so the new Audi A7 Sportback hardly crowds shopping centre car parks, but until the RS version appears it ranks a rung below the aforementioned heroes.

Launched on the A8’s MLB Evo platform, it scores many of same core handling and structural improvements. And as we discovered on its local launch, it handles keenly in a way that’s promising for the next RS7. Yes, that good.

But Audi says it’s an even sharper steer when equipped with Dynamic steering (its term for four-wheel steering) and lent us a car to see for ourselves. 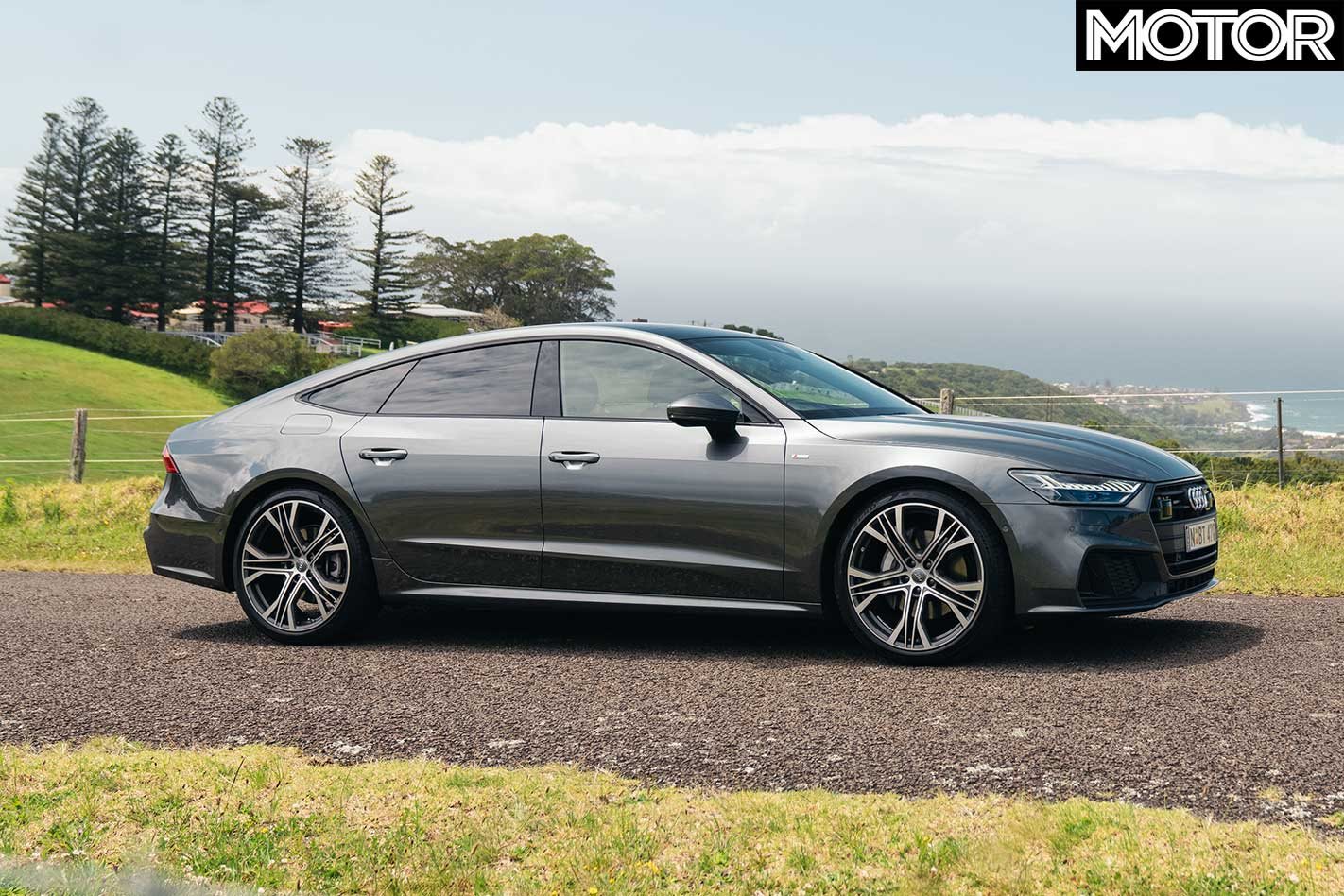 The tester we have comes loaded with a petrol single turbo 3.0-litre V6 that’s matched with a seven-speed dual-clutch transmission. Outputs are pegged at 250kW and 500Nm.

Then, as is tradition, it’s matched to an all-wheel drive system, claimed to shift it along to 100km/h from rest in 5.3 seconds. Loaded with fluids, the sedan liftback weighs in at 1815kg. So, it’s hardly light.

But this is where the four-wheel steering comes in. The concept has not changed since the ’80s. At low speeds the rear wheels are steered in the opposite direction to the fronts, for agility and tighter turning circles, while at higher velocities they steer in the same direction to boost stability. 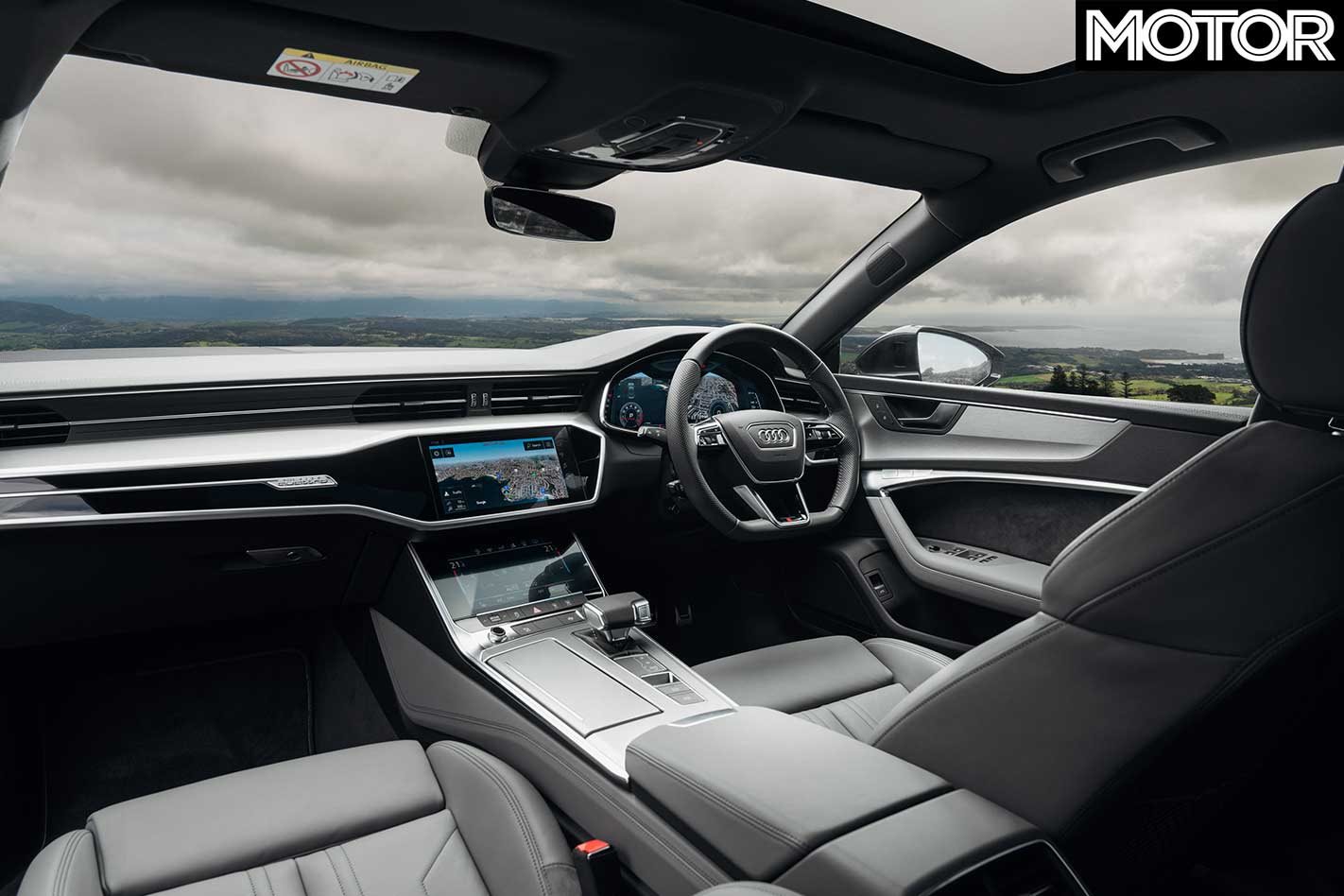 An electric motor operates the rear steering arms and listens to an Electronic Chassis Platform. That’s an on-board control unit that reads front steering angle as well as damping forces to decide an ideal overall steering ratio between 9.5:1 to 17.0:1.

Pelt at a corner, jump on the brakes, sight your exit and turn in. The front-end obeys nicely with precision and a positive feel. It’s only when you arrive at the corner’s mid-point you discover you’re much closer to the inside than intended.

Clearly, the rear tyres help drive the nose into bends, but perhaps a little too aggressively when you’re getting stuck in. It’s weird, but you get used to it after a while, and impressive in how it’s more pronounced when you’re more committed. 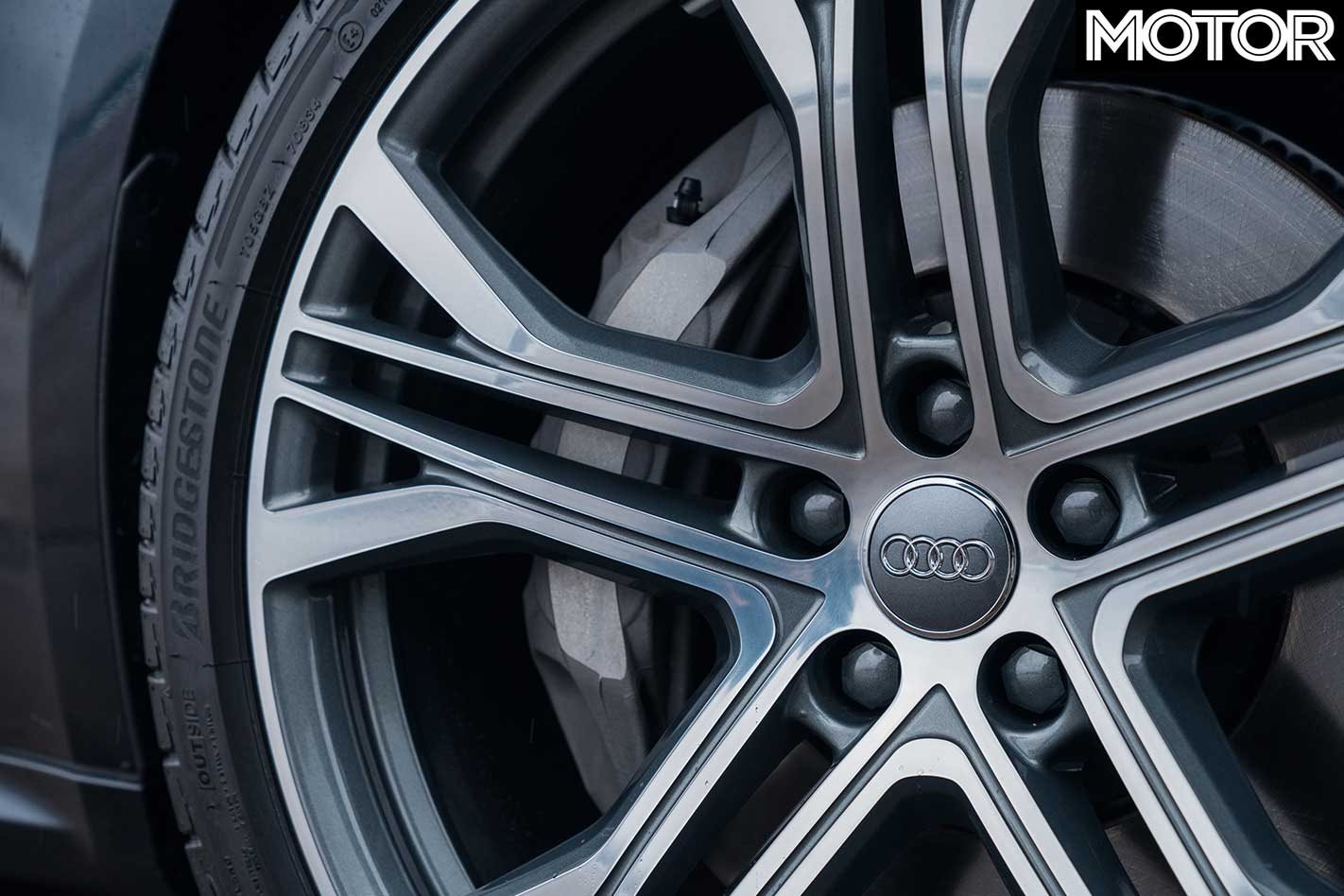 All other times the car just feels super planted and stable. The problem, though, is so does the stock A7. It does not need more agility in low- to medium-speed corners.

We’re sure the steering adds stability at higher speeds, but for now, the $4200 package seems more useful for its tighter turning circle rather than outright handling improvements.

Should you have money left after its $131,900 ask, then we’d recommend the $8000 Premium Plus package instead. It adds 21s, a panoramic glass sunroof and, importantly, adaptive air suspension.

Because one thing that won’t be cyclic is a nice ride and handling mix. All-wheel steering or not. 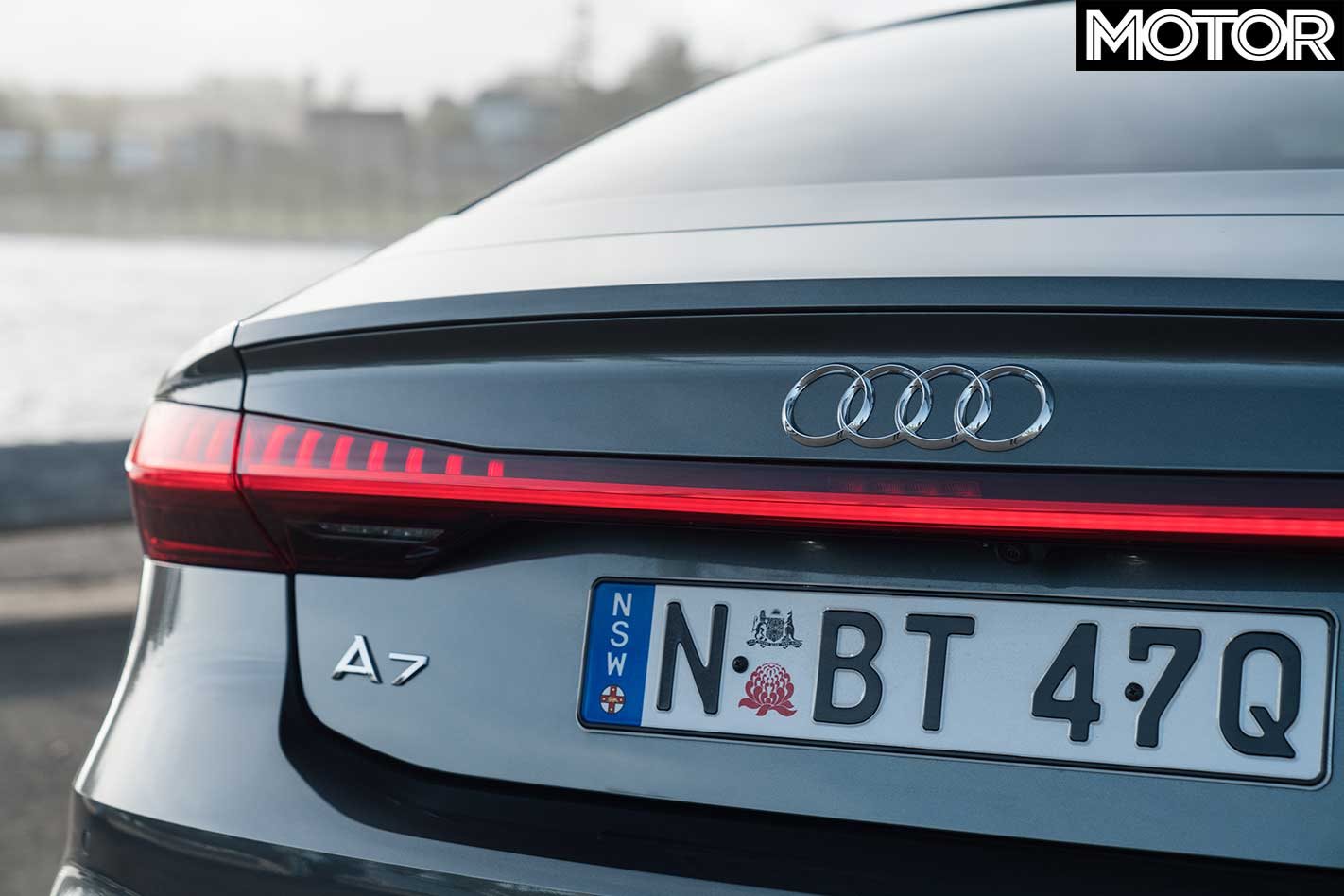 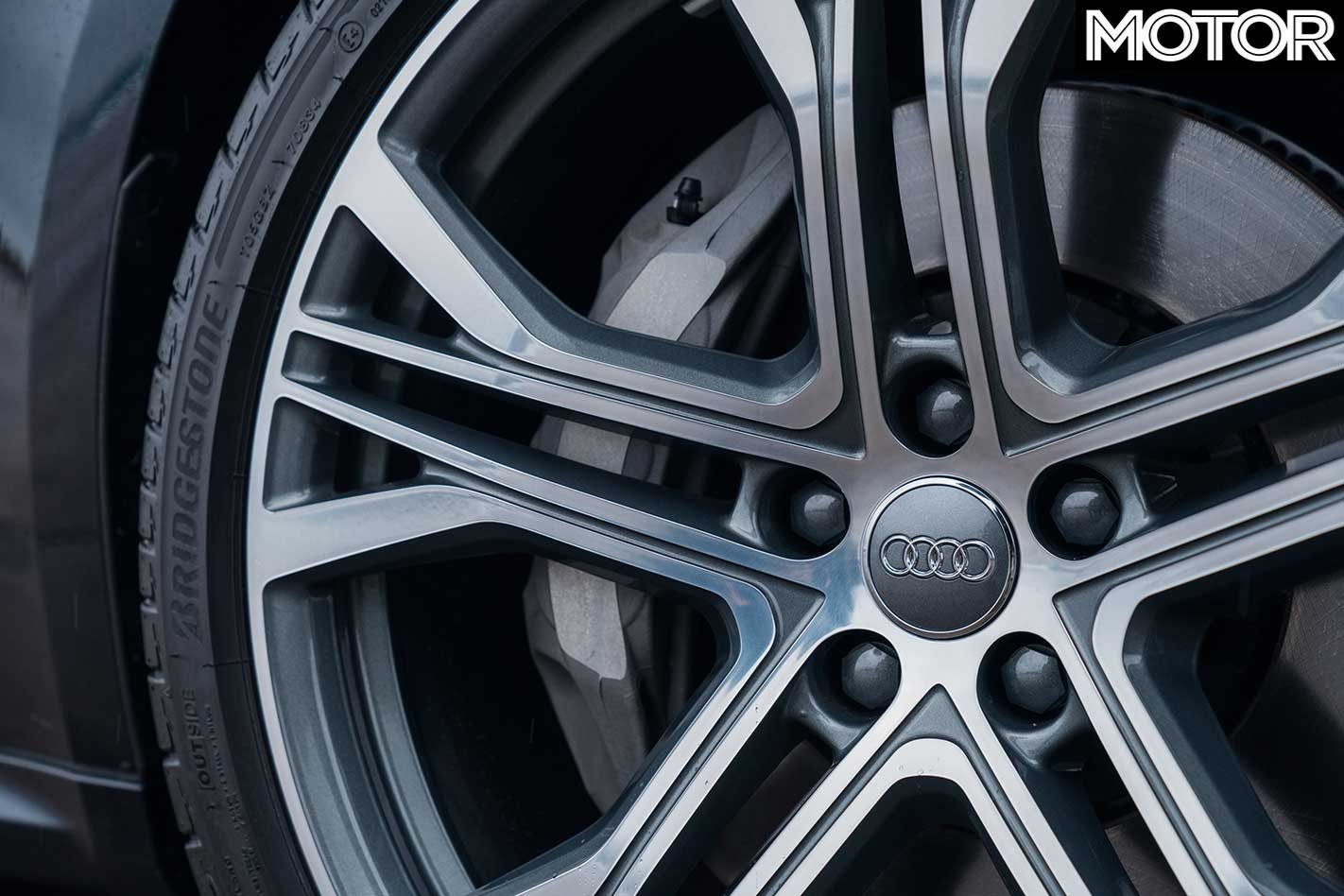 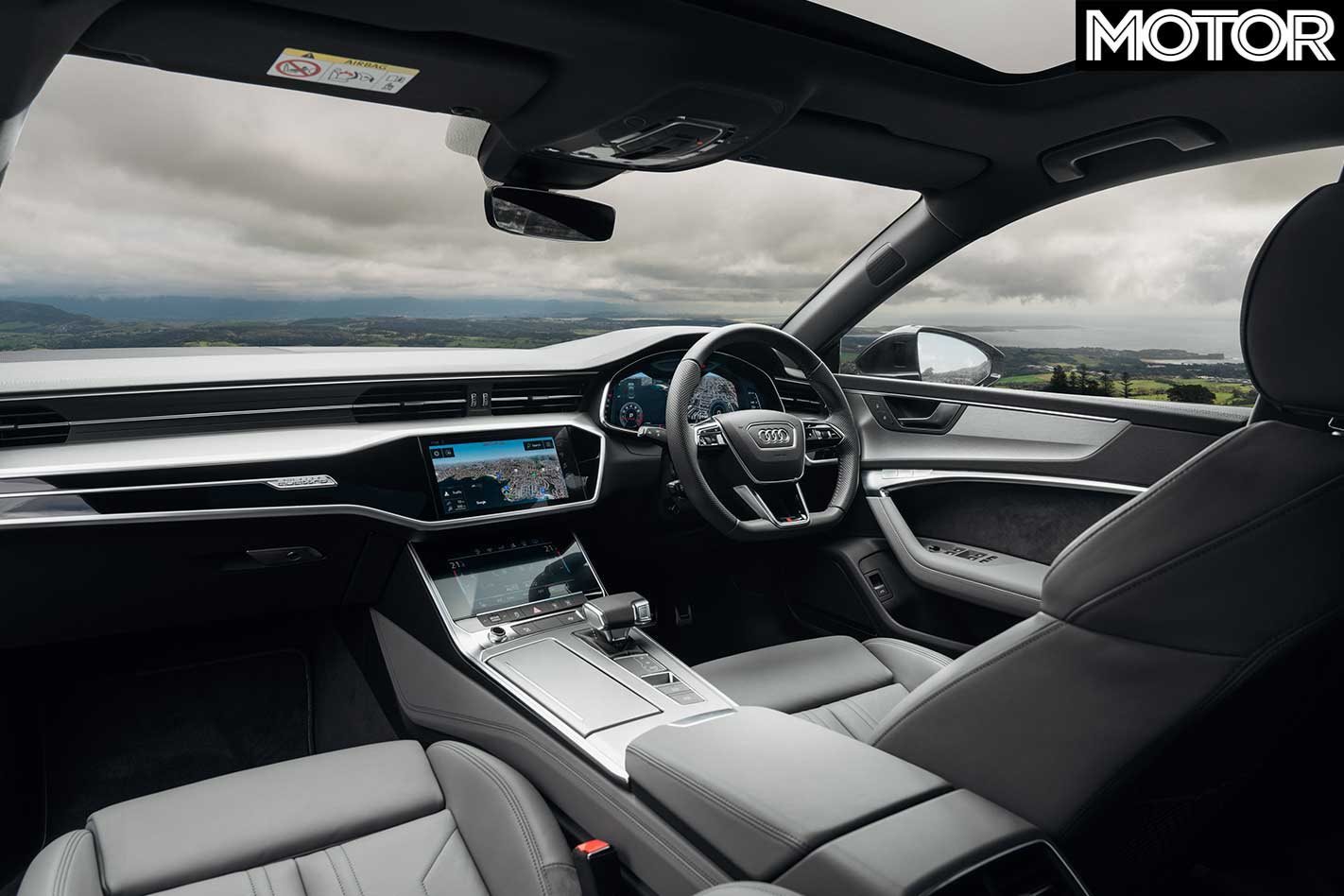 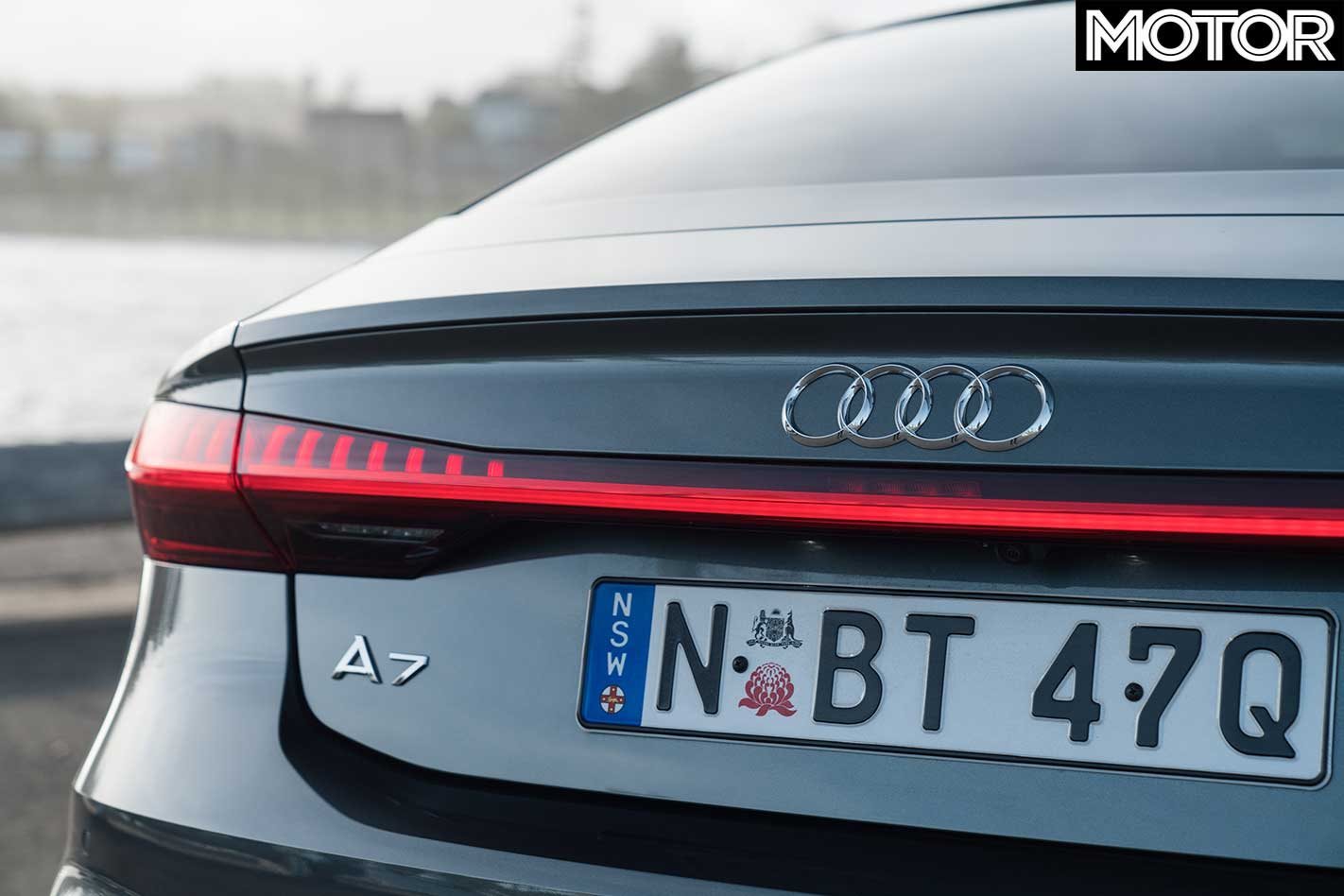 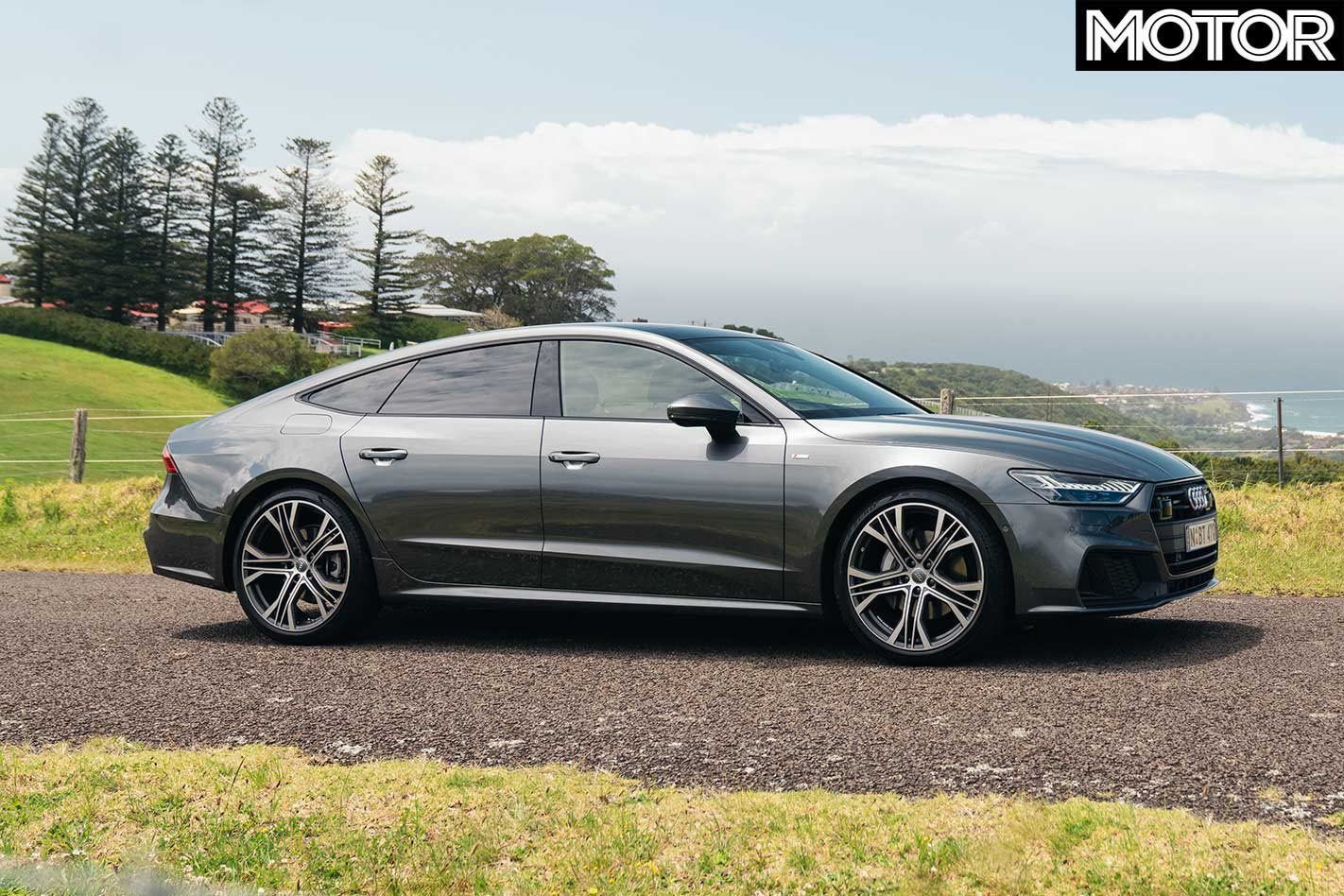 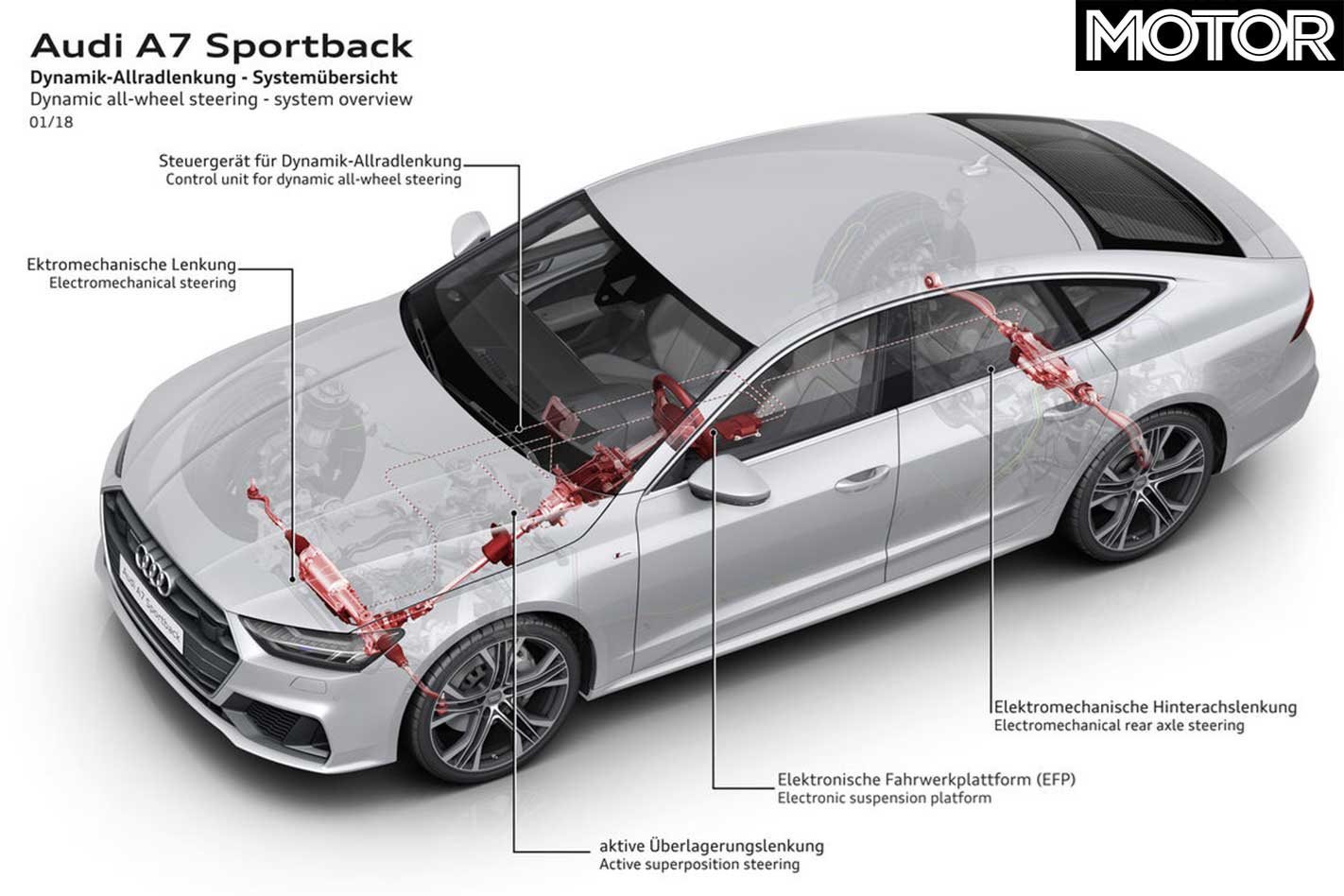