Nosed against a wall, the light gleams off its polished exhaust tips like rifle scopes. It is aggro, bulky and sophisticated, like a steroidal James Bond who barely squeezes into a suit. 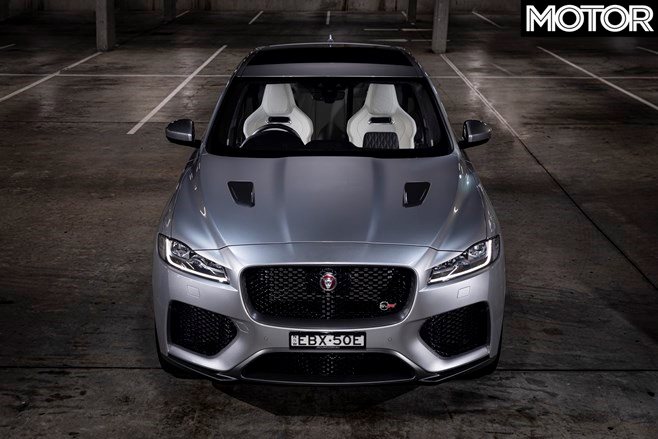 Those rear pipes – four each side – play the song of a 5.0-litre supercharged V8, lifted from the F-Type V8 R, that puts out 405kW and 680Nm. Equipped with an eight-speed transmission and electronically controlled rear locking differential, the F-Pace SVR is claimed to fire to 100km/h from rest in a beastly 4.3sec.

As the third Jaguar to emerge from Special Vehicle Operations, after the XE Project 8 and F-Type Project 7, it’s been developed for more than just fearsome acceleration.

Its aerodynamics are honed with vents in the front arches, a rear roof spoiler and aerodynamic channels behind each wheel to help cleave its way to 283km/h. And its wheelarches flare out to accommodate huge 295mm and 265mm-wide Pirelli P Zero tyres. Those huge 22-inch wheels hide 395mm/396mm brakes in charge of arresting its 2030kg.

They’re assisted by tuned dampers and stiffer springs to control the herculean physics at play, so that with revised anti-roll bars the SVR is claimed to corner five per cent flatter than a regular F-Pace. 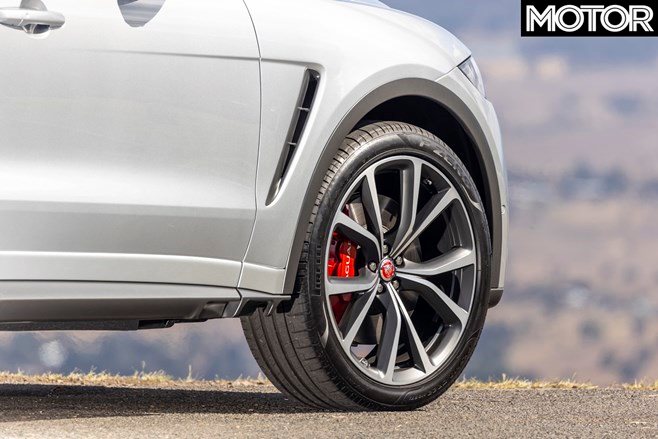 The SVR’s presence is not as dramatic inside, but the slimline front bucket seats set the tone for the driving experience, as does the noise when you prod the starter.

A snarl of revs settles into a perfectly judged exhaust note that burbles away, warning you of the supercharged colossus under the bonnet. In Normal, there’s the slightest boom, and the transmission is a bit sleepy when kicked down, so Dynamic crisps its shifts, sharpens throttle response and hardens the sound. 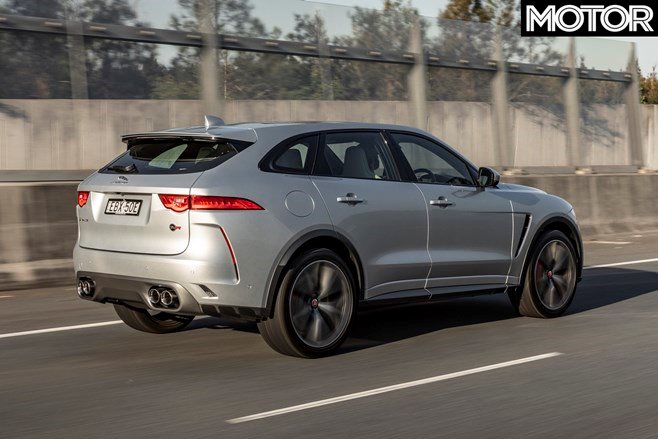 The steering is creamily weighted and turns in well off centre. Drive it smoothly and the SVR has the corner-to-corner pace to shadow some of yesteryear’s best hot hatches.

There’s a limit to its powers, though. For instance, it doesn’t like being hustled; you still need to manage its massive weight, and any twitch of the throttle can push its nose wide.

And soon you’ll realise, as it pulls harder in each gear approaching the 6800rpm redline, that its brakes might be undersized for the pace on offer. They need a firmer-than-expected squeeze to haul it up in time. 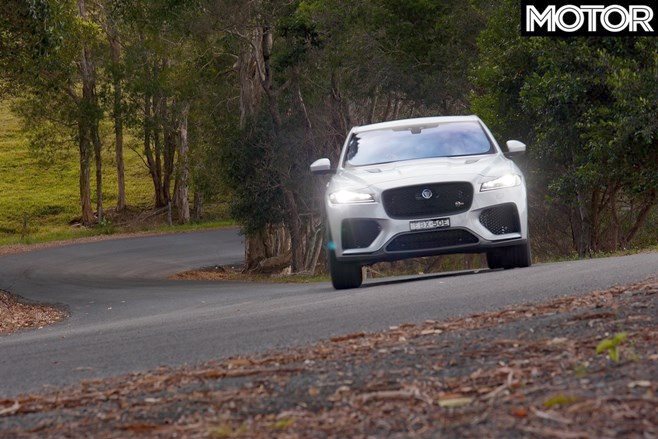 Even though it is as fast as an asteroid and drinks like a Russian on holiday in Bali, you can easily tune down its hooligan tendencies for a more serene driving experience – one that isn’t compromised by a wishful ‘race bred’ suspension tune.

A slightly firm ride at low speeds softens up when you’re cruising, while the new digital cluster and updated infotainment make interacting with its tech easy. 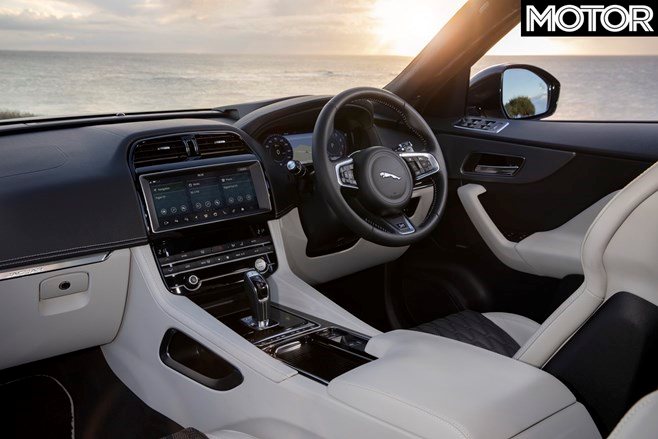 Jaguar’s seemingly cruel decision to give the F-Type V8 R engine a full production run in a high-performance two-tonne rhino ahead of the XE sedan is softened by the fact the F-Pace SVR costs $140,000, making it the cheapest 400kW-plus luxury car on sale. And after our drive, we’re big fans, but we will wait until it meets its rivals before blasting its praises from four fat exhaust pipes. 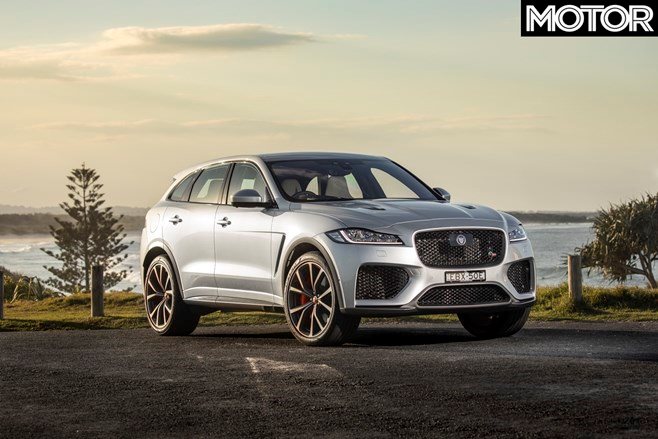 Like: Epic performance; it’s still a practical SUV; handling
Dislike: Brakes can grab; weight; interior is all a bit too fiddly 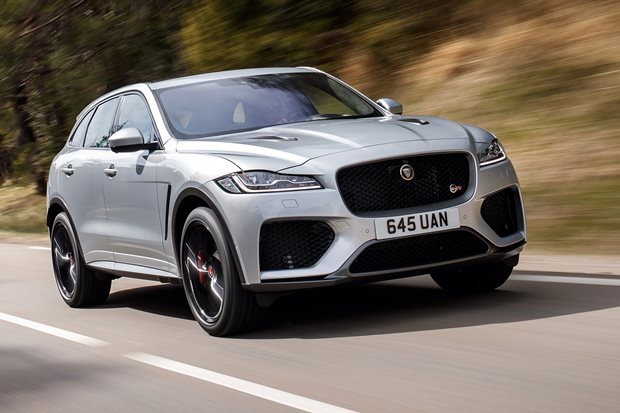 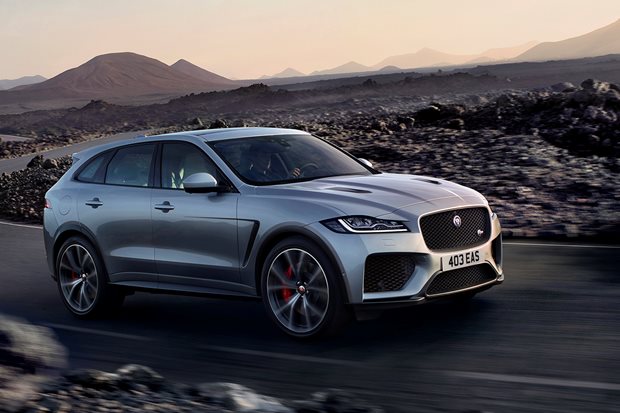 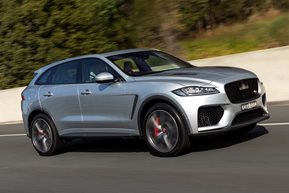 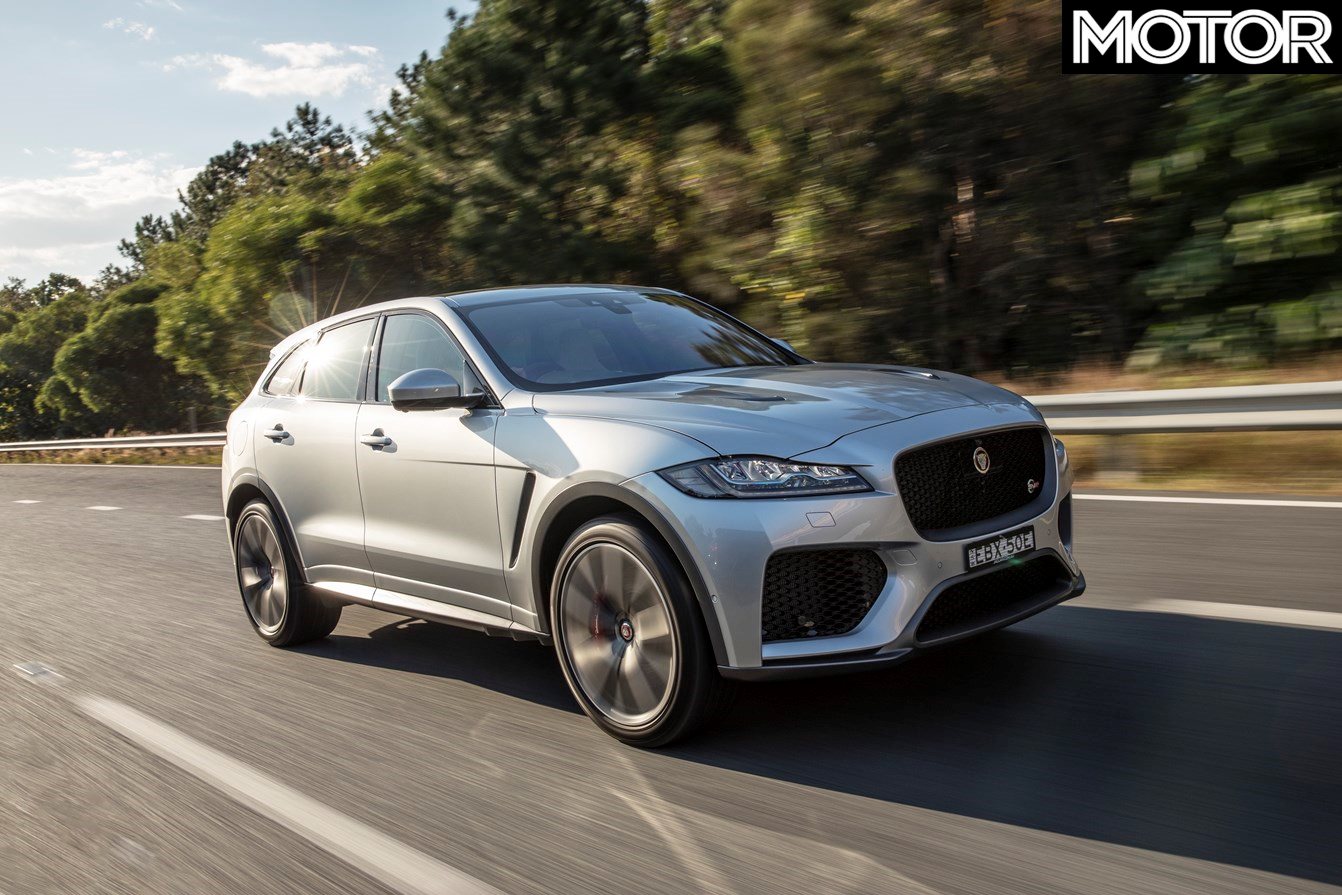 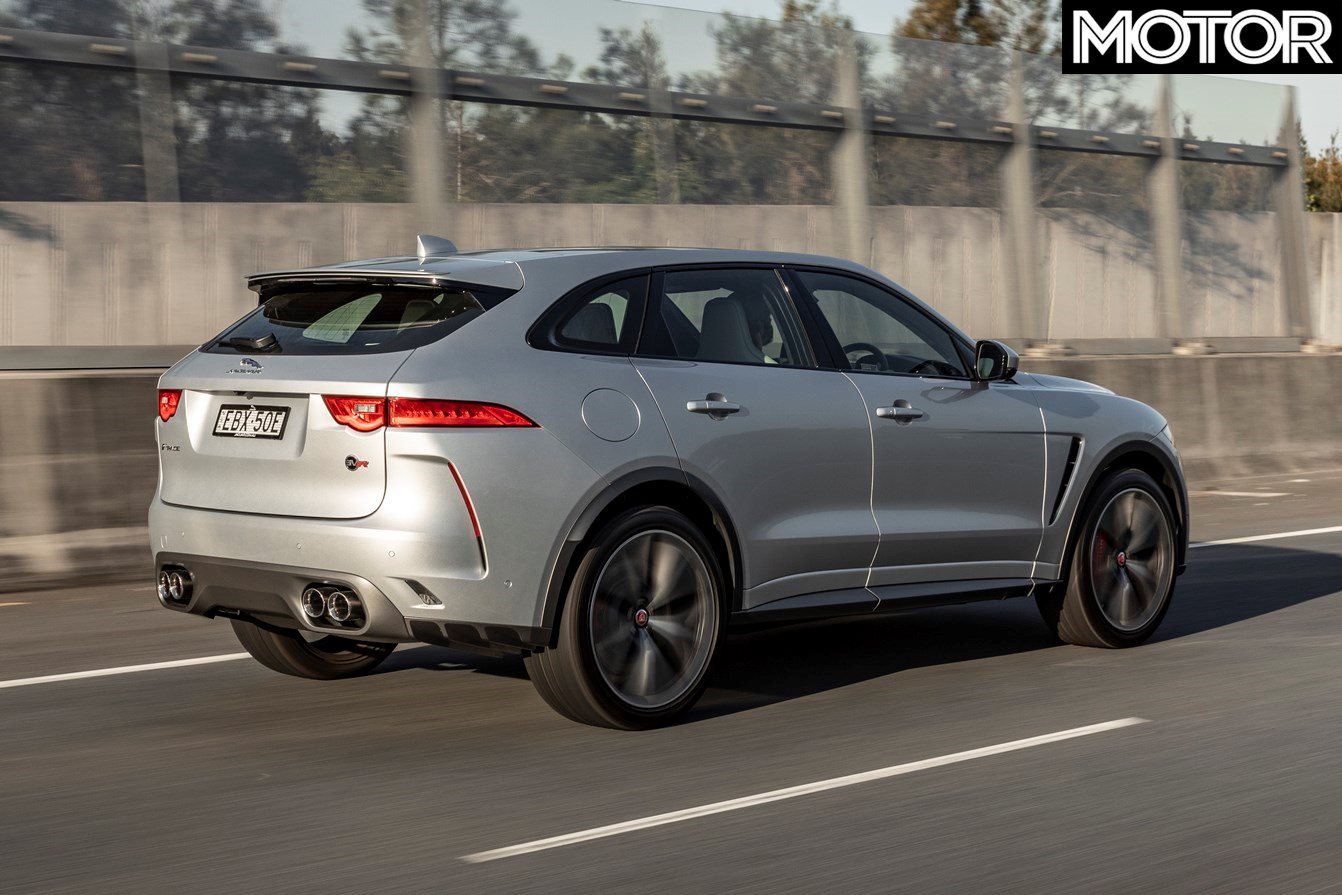 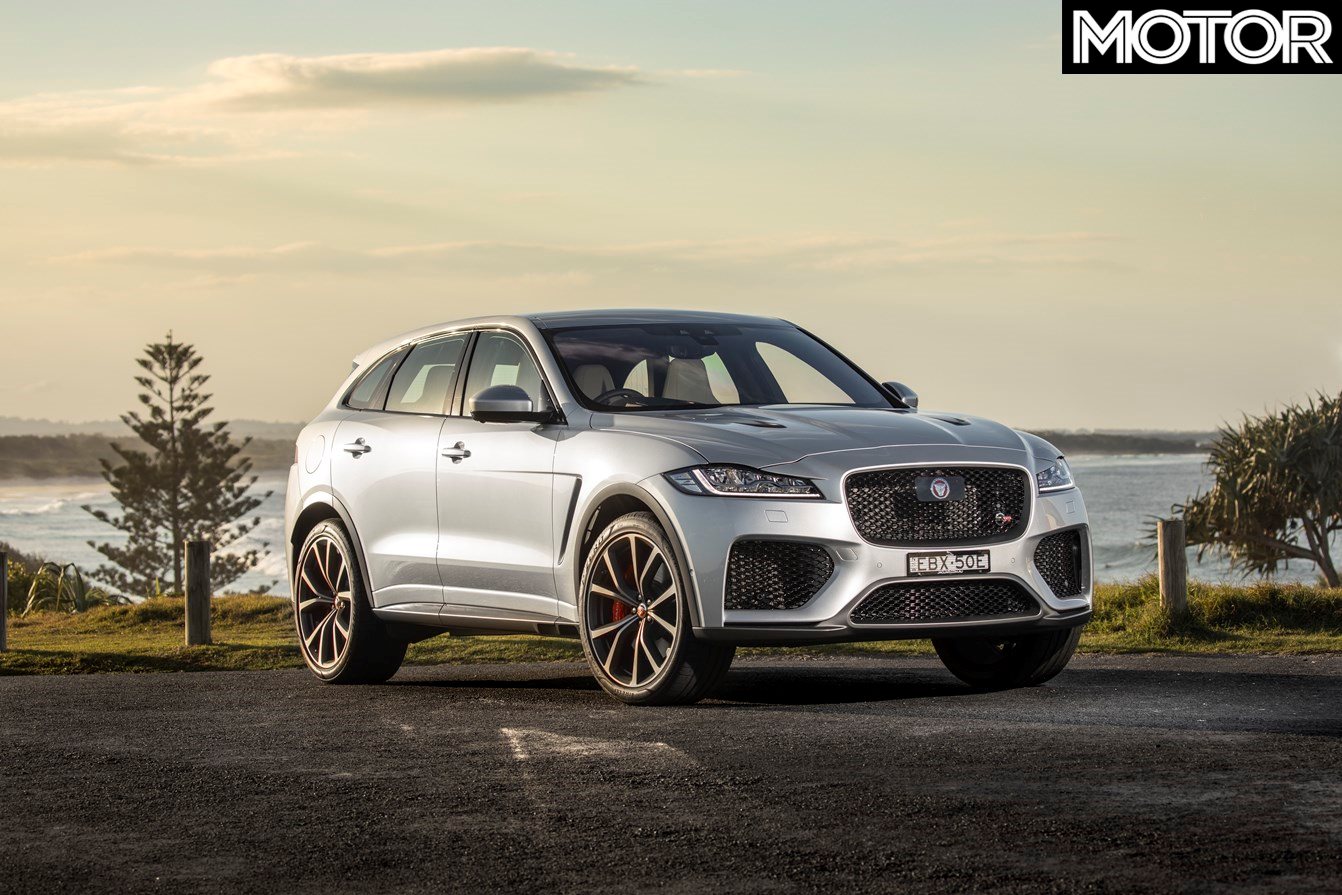 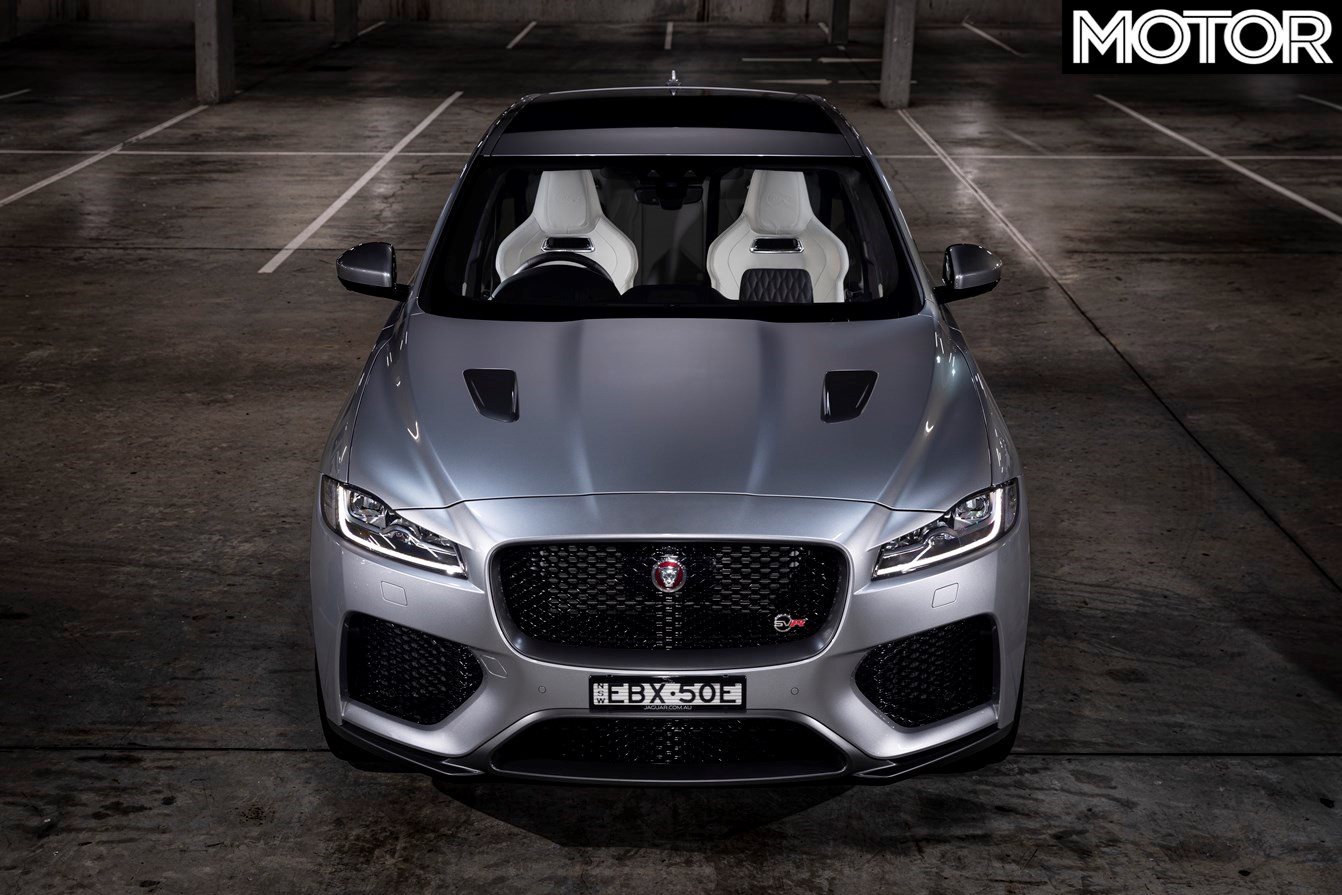 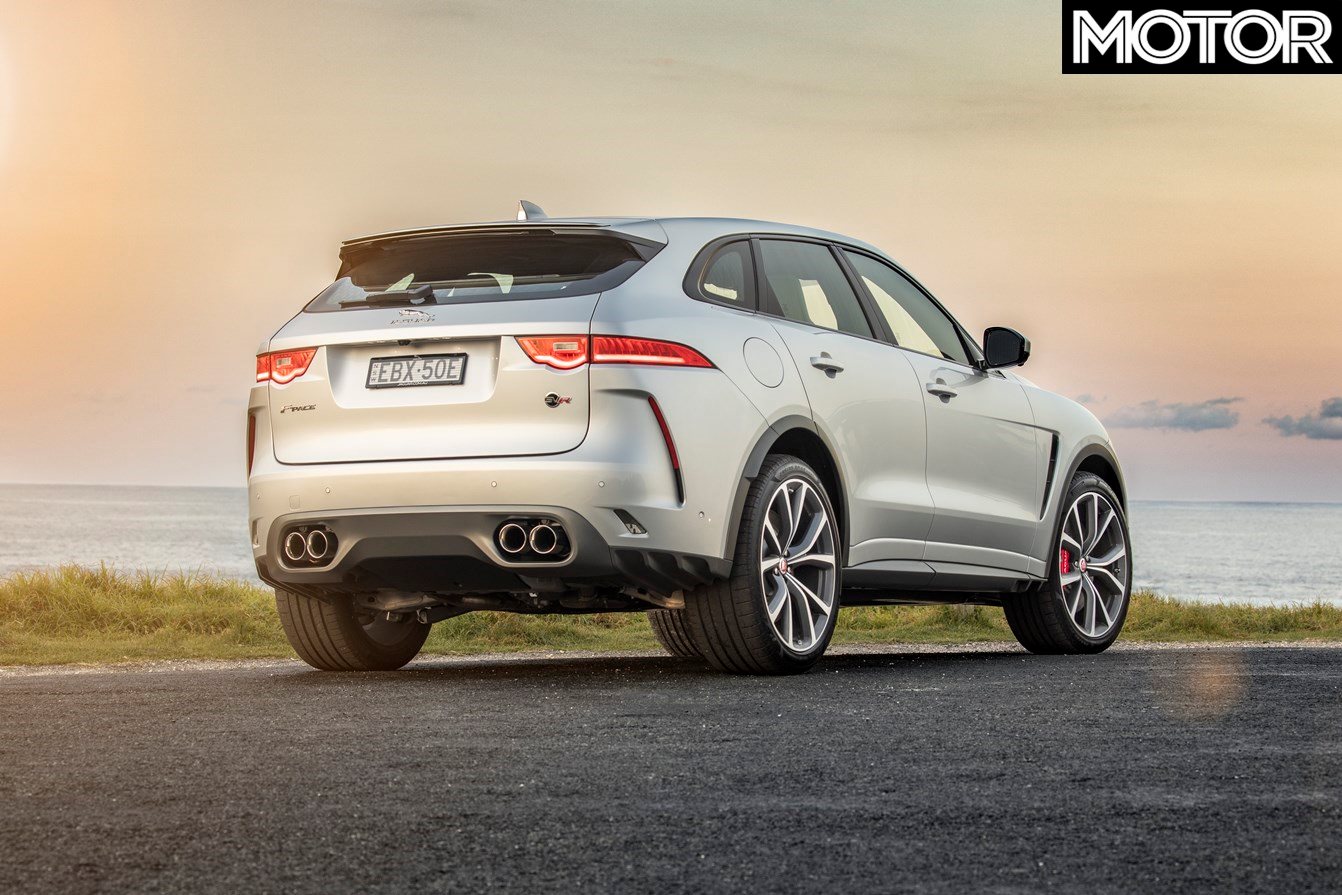 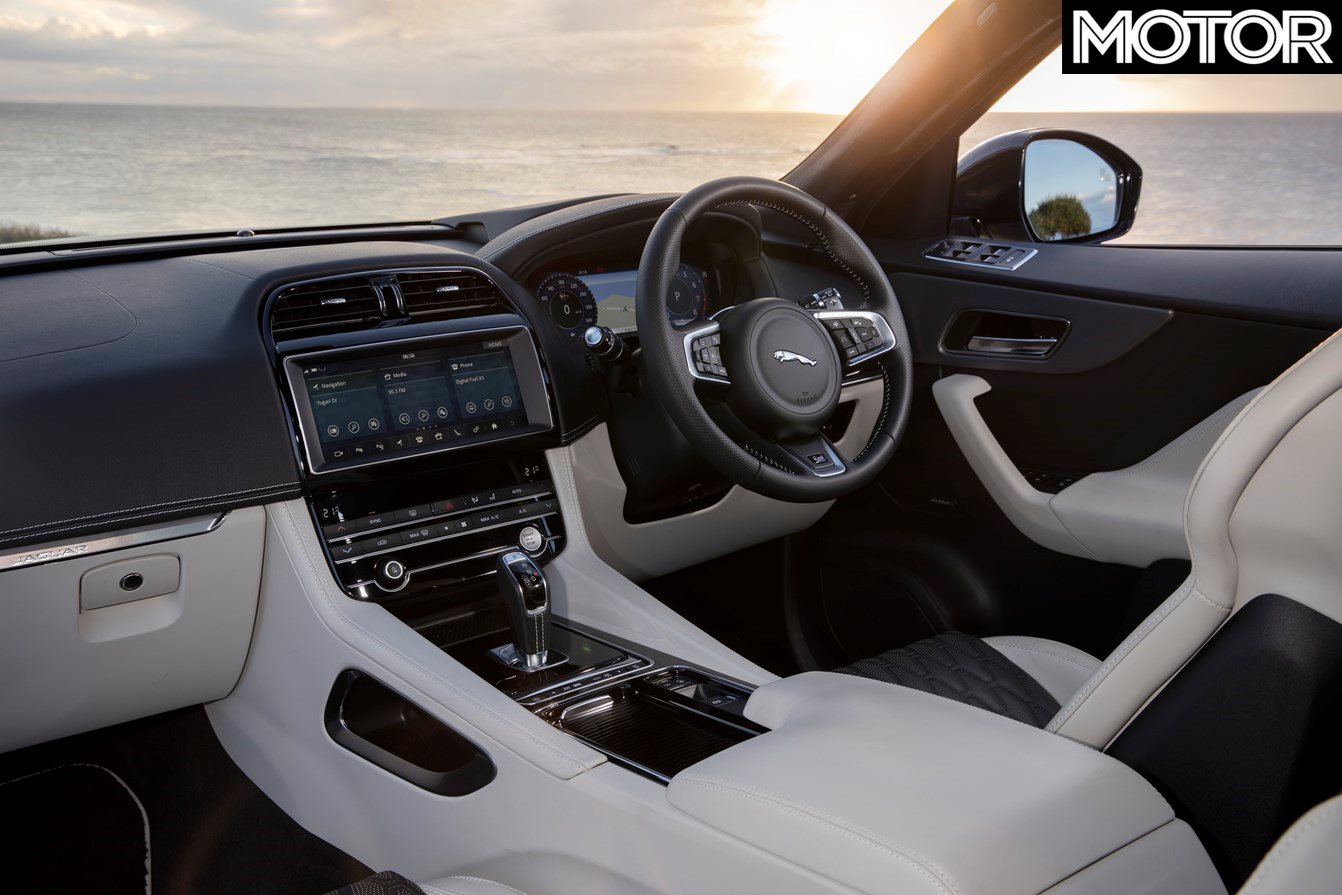 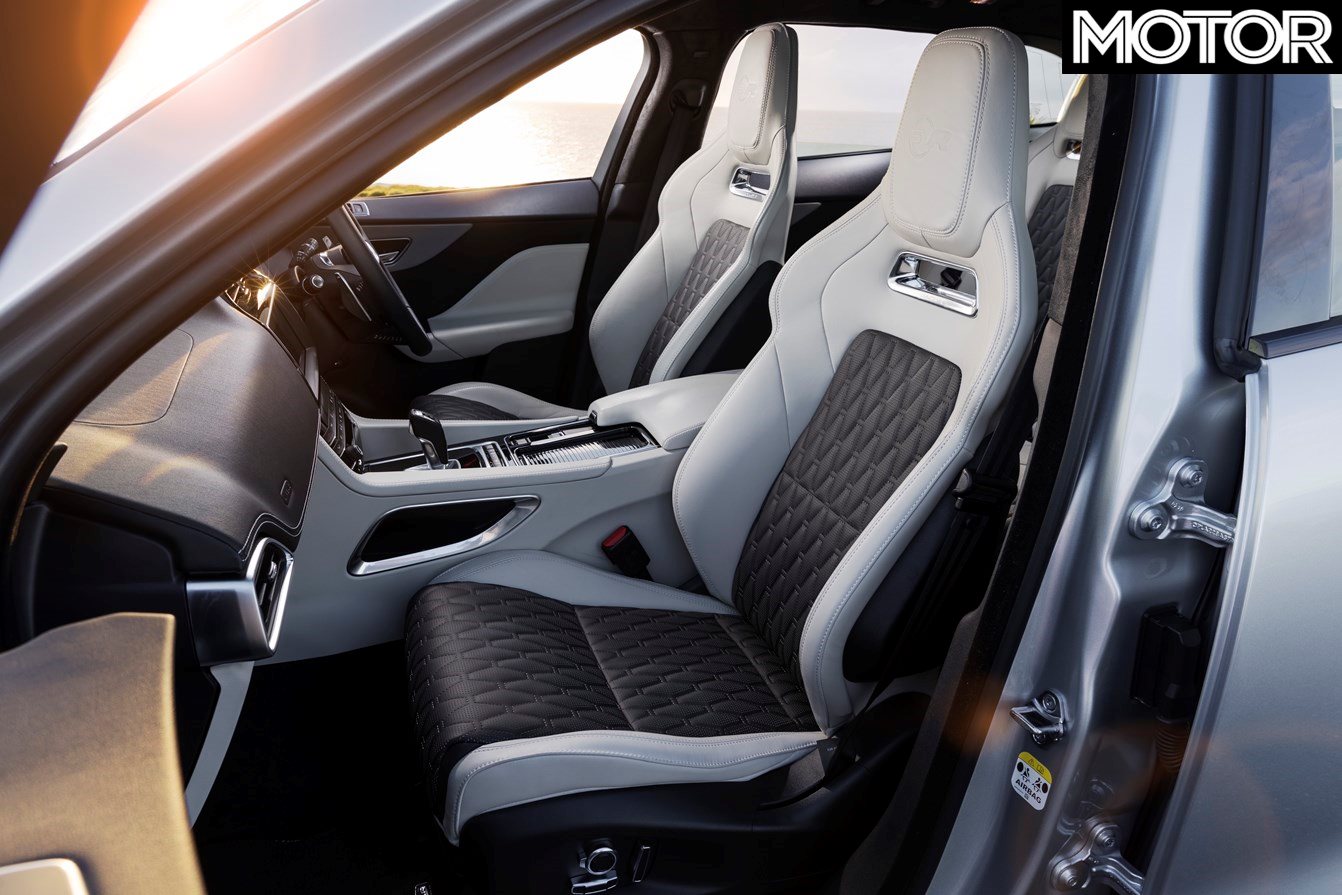 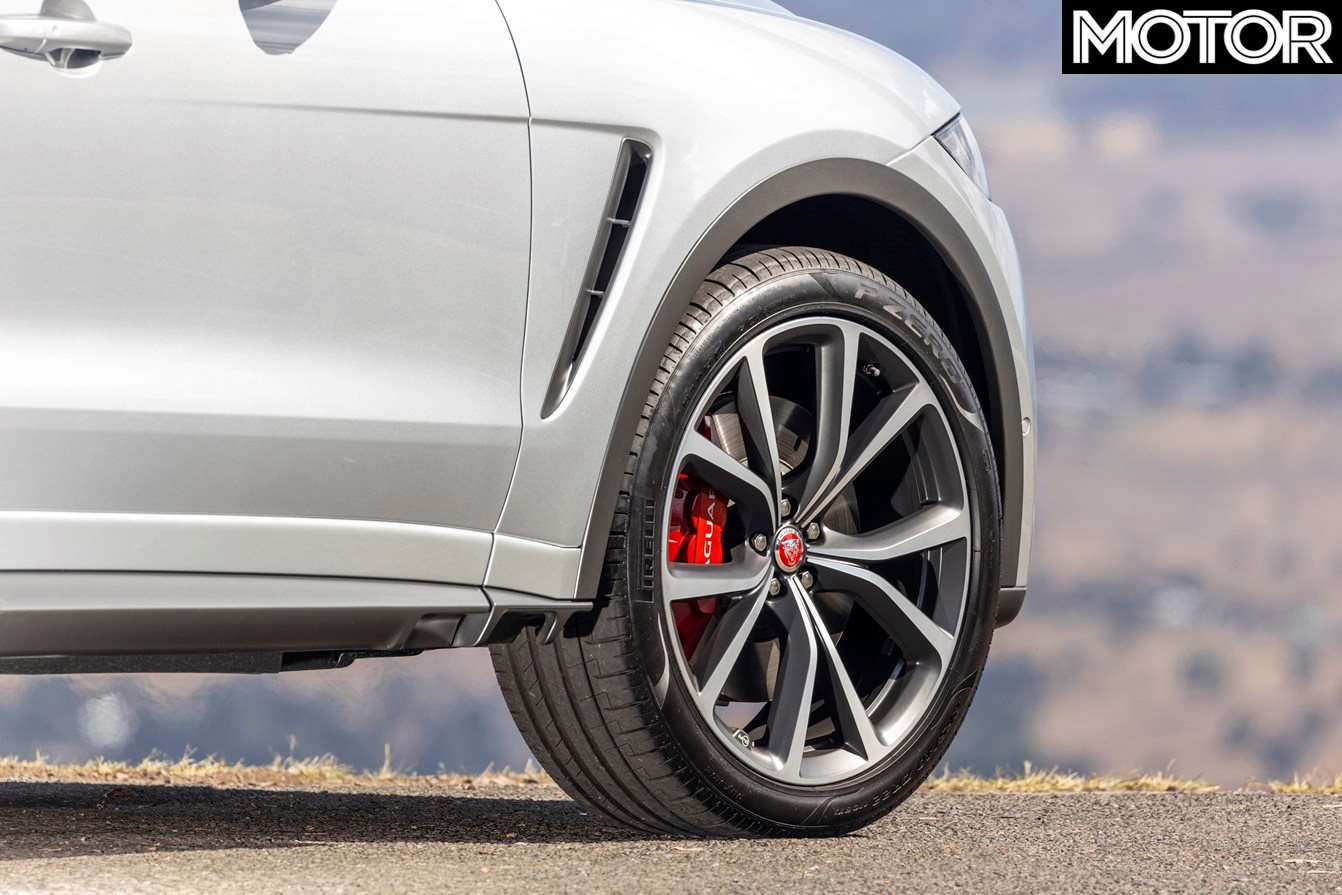 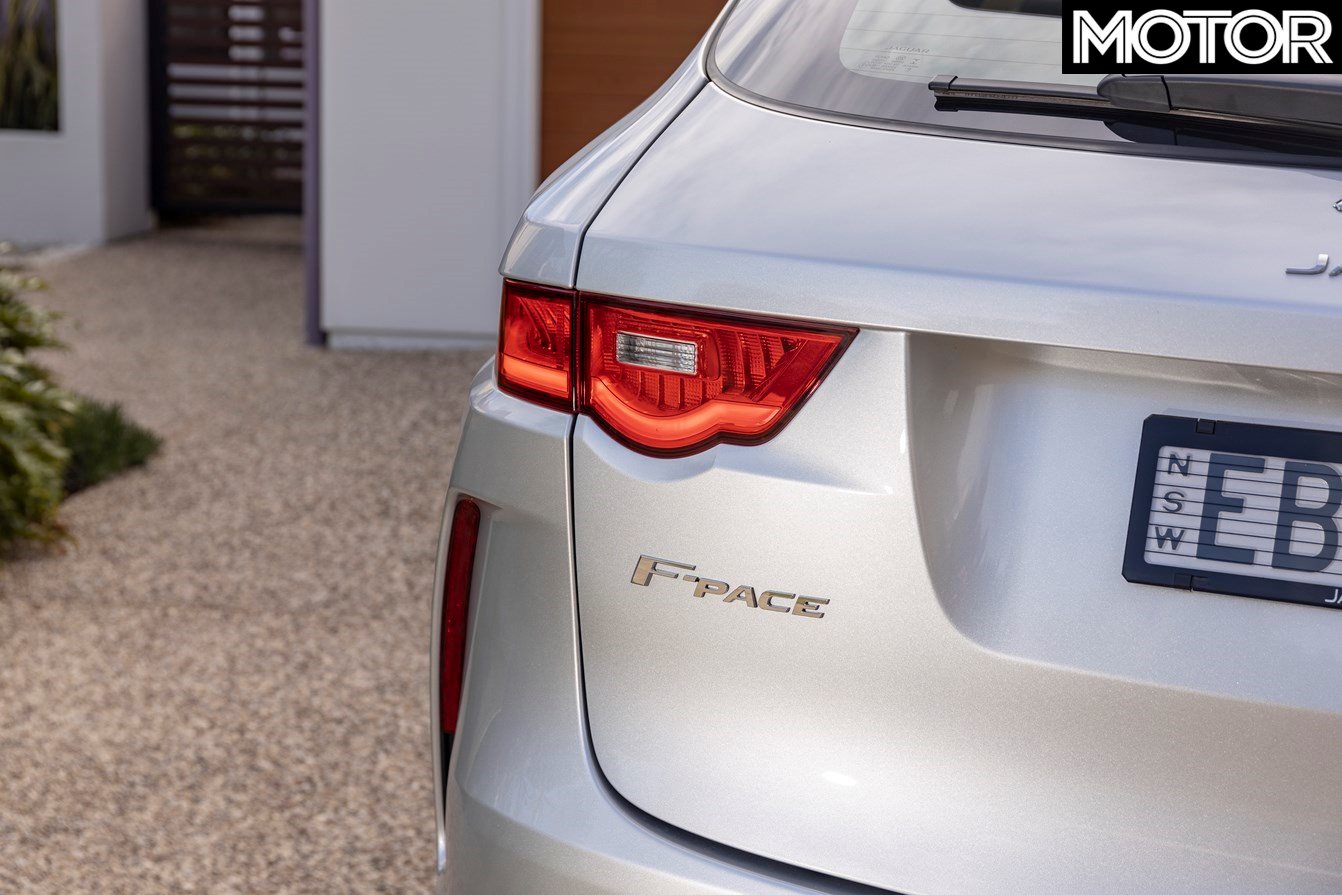