If you like to hit the racetrack in your Mercedes-AMG A45 S – and why wouldn’t you? – but either want to go a bit quicker and/or are sick of burning through tyres, then a solution is at hand.

Mercedes Australia is now offering the Pirelli P Zero Trofeo R tyre in ‘M01’ specification as an approved accessory for the A45 S and CLA45 S.

The easiest way to purchase them is through one of the authorised Mercedes-AMG dealers and you’ll need around $2500, depending on where you are located. 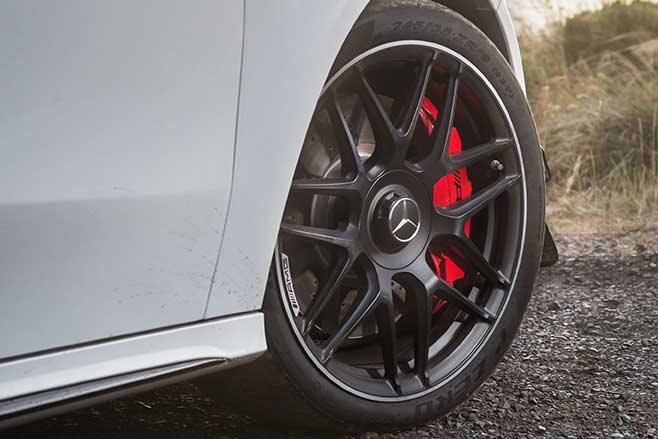 As far as round, black things go the Trofeo R is pretty special. It was standard equipment on the HSV GTSR W1 and has been available as an option on cars like the Honda NSX and McLaren P1.

READ Top 10 Hottest Ever Hatches
It’s still a road-legal tyre and your car isn’t going to suddenly slide off the road at the first sign of a rain cloud, but it is primarily designed to work on a warm, dry racetrack.

And work it does, the Trofeo R’s effectiveness illustrated by a 3.4sec improvement in lap time around Phillip Island compared to the standard Michelin Pilot Sport 4 S, with Merc’s chief driving instructor Peter Hackett at the wheel.

Pirelli claims the Trofeo R offers greater effective grip, increased stability under braking, better lateral rigidity in cornering and more precise steering response, and thankfully we have the opportunity to test this for ourselves at Phillip Island. 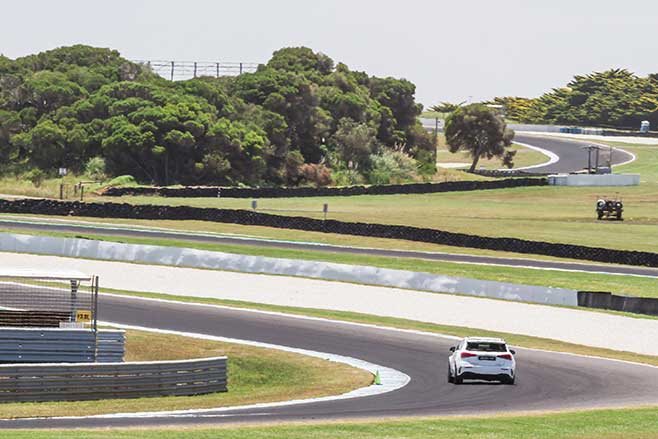 The new A45 (and the CLA45, for that matter) is a pretty awesome track tool. Its predecessor was fast but fairly benign in its behaviour, whereas this latest version is much more involving.

The engine is insane; a 2.0-litre turbocharged four-cylinder producing 310kW and 500Nm should be a one-way express ticket to Lag Station, but there’s power everywhere in the rev range and it only increases and rpm builds.

AMG has traditionally struggled when it comes to gearbox response but the A45’s eight-speed dual-clutch will fire in downshifts that put the tacho needle within reach of the redline.

READ Inside AMG's incredible 310kW four-cylinder engine
Best of all, though, is the chassis. Turn-in is much improved but it’s what happens on-throttle that is a game-changer. Instead of ugly power-understeer the A45 rotates sharply; almost too sharply, and you soon learn to wind off lock early in response. 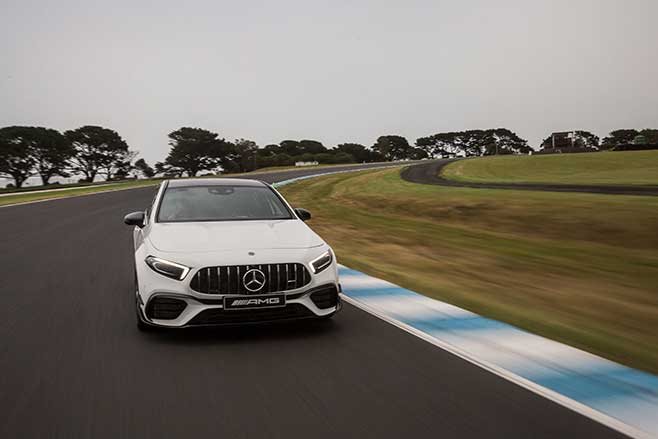 It gives you options and options breed confidence; Phillip Island’s super-fast turns no longer instil fear, the car squirming around but always driving forward, even with ESP completely on.

Going in I was worried the grippier Pirellis might stamp out this behaviour and replace playfulness with precision, but the A45 (and its four-door sibling) is still happy to move around; it just does so at a higher limit. 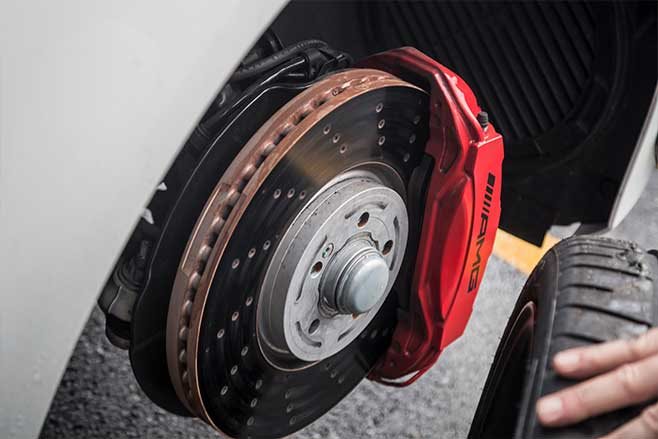 The brakes hold up to the punishment impressively well, too, the pedal only starting to show slight signs of distress after five flat-out laps, even with the extra braking grip to lean on.

Where the Pirellis truly shine, though, is stamina. They are built to take the stress of track abuse and don’t suffer from heat fatigue like a standard road tyre.

The A45’s regular Michelins are fantastic and more than capable on track, but they wear much more quickly than the ultra-focused Trofeo Rs. 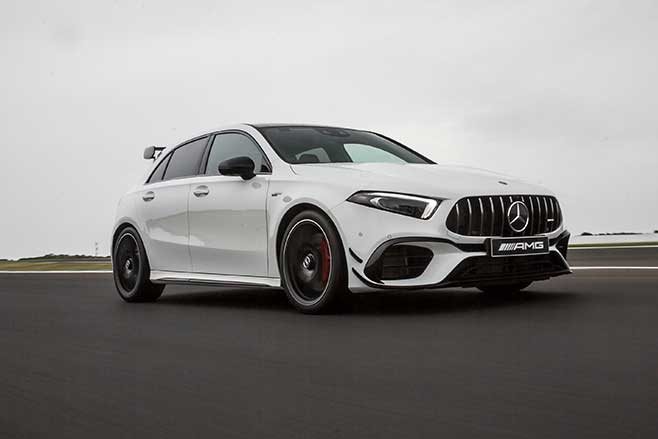 This is the beauty of the hot hatch: drop the rear seat and there’s enough space for a jack and an extra set of Pirelli-shod wheels, allowing you to rip around the track all day setting PBs safe in the knowledge there’s a fresh set of Michelin road tyres to bolt on for the drive home.

Dislikes nothing, really – can’t do it every day? 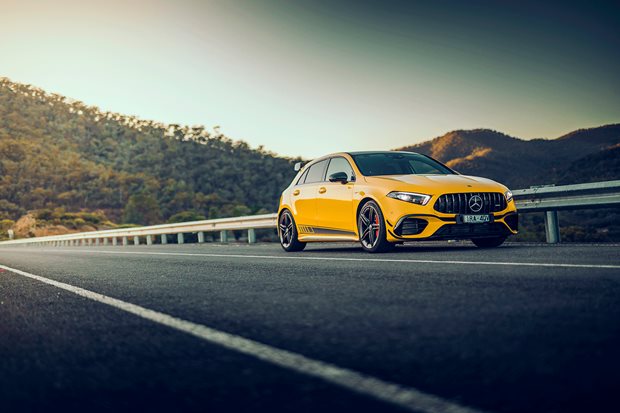