With more wings than a genetically-modified chook and bulges like a gym rat’s arms, these hot hatches were (or are) ahead of their time. 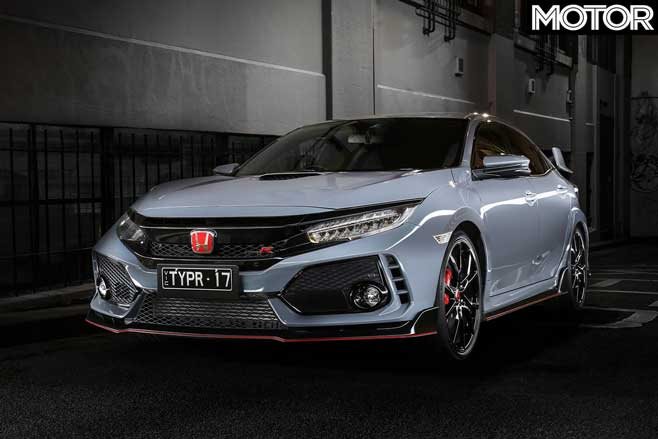 There’s only one car to have ever won MOTOR’s Performance Car of the Year and Bang For Your Bucks trophies. It’s Honda’s return to hot hatch glory, a car that spiritually (and in terms of driving ability) takes the mantle from the DC2 Integra Type R of old. It has retained the front-driver crown  though the hot hatch golden age of the late 2010s, so let’s see what the 2020s bring us. 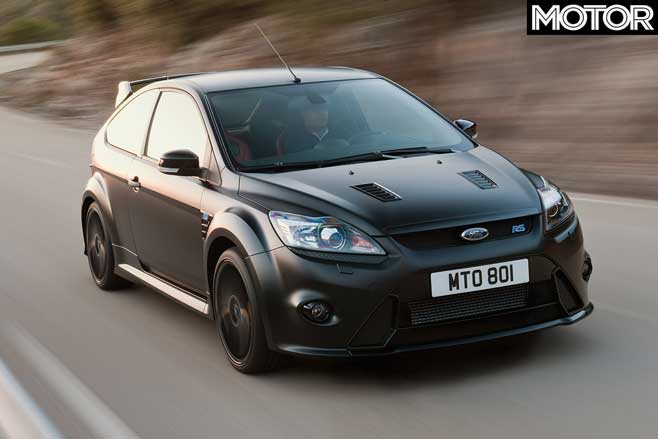 When the Mk2 Focus RS climaxed with the sinister ‘RS500’ version, its matte black paint and matching 19-inch wheels properly suited the buff hatch’s personality. Unfortunately, the badge signified the amount Ford intended to build rather than its production horsepower. The pinnacle of the latest (Mk3) Focus RS, the Limited Edition, sated our hunger for a big bad RS… but now we wait for version four. 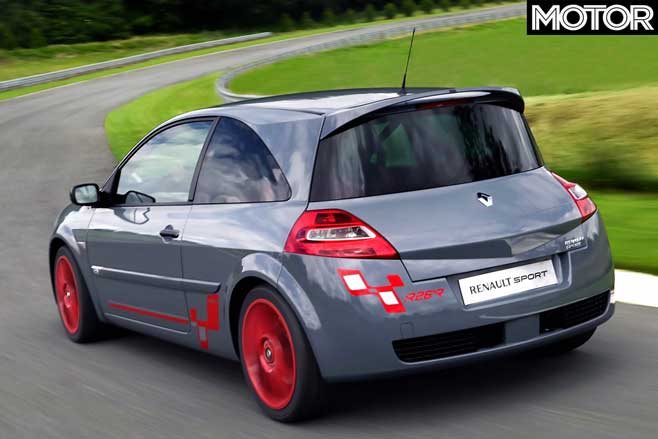 Not the quickest in terms of outright speed, but unapologetically hardcore in its pursuit of grip and performance. Over 120kg lighter than the Megane RS it was based on, the R26R featured a carbon fiber bonnet, a bare-bones interior with a roll cage and lightweight bucket seats with six-point harnesses and its rear windows were plastic. Back in its day the R26R was the quickest front-drive production car to lap the Nürburgring with a 8min 17sec. 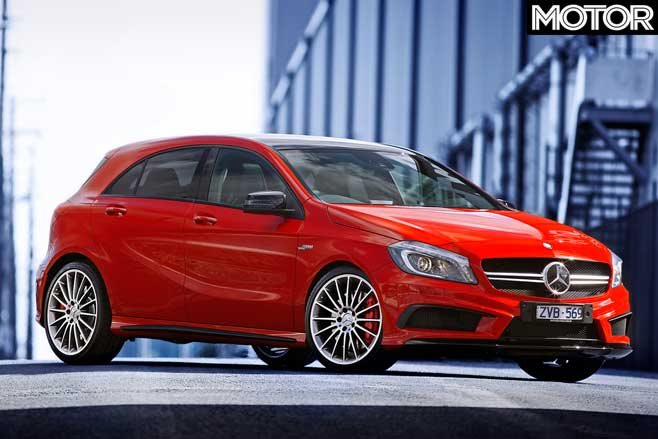 Not only did Mercedes’ foray into the performance hatch world wow us with its ferocious all-wheel drive performance, the car’s speed and exhaust crack, coupled with its carbon aero pack, made it the perfect personification of hell on wheels. Its successor has since come along to once again raise the bar, but this one did it first. 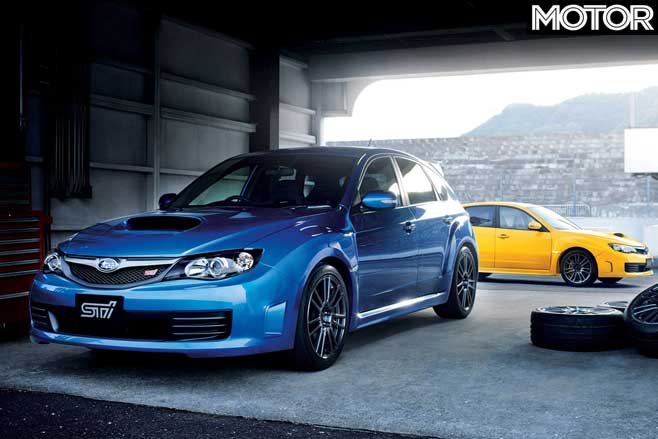 Subie’s side-step from tradition to make its STI a hatch-only model was slightly frowned upon, but consoled by the fact it was one bad-looking mutha. Reviving the 22B’s wide-body proportions made sure it wasn’t mistaken for any fanboy’s boggo 2.0-litre Impreza. Outdated today, but an instant revelation at the time. 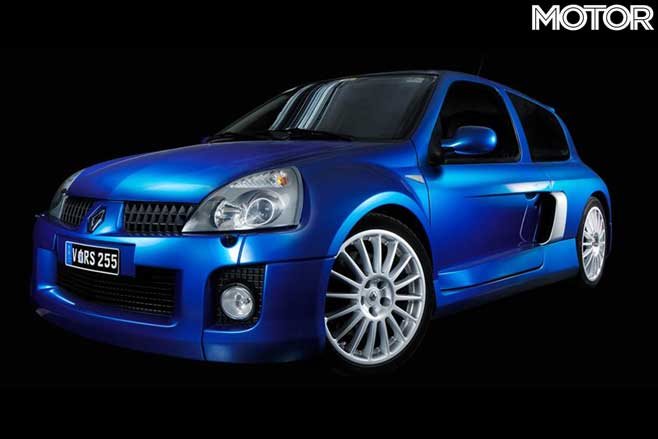 For the Clio V6 sold from 2001-’05, the madness of stuffing a 3.5-litre V6 in the middle of a mini-hatch was exaggerated by its intimidating looks – mainly its fat guards and intake snorkels at each door. Spun 180-degrees at the drop of a hat. 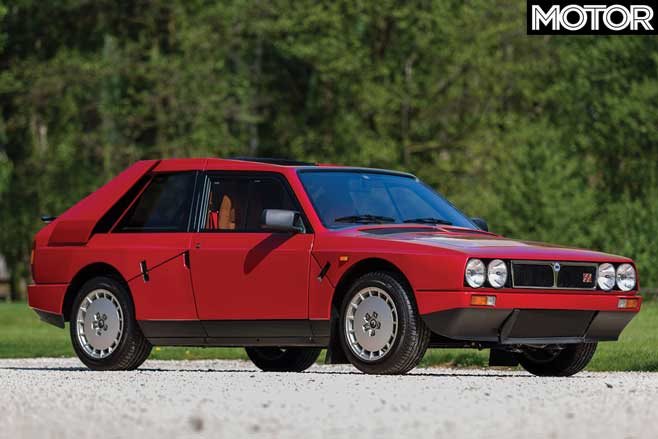 The Delta S4 might’ve looked like a pregnant hatchback to average folk, but those clued in to its evil knew the twin-charged all-paw Delta S4 was the most extreme Group B monster. Those C-pillar gills are just a hint at its speed potential. 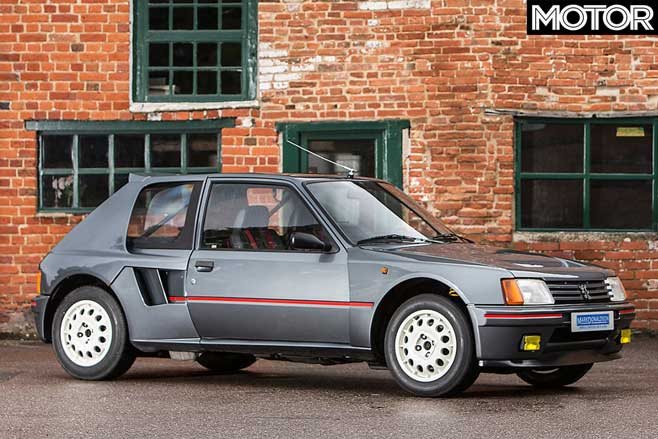 Sharing only its headlights, windscreen and doors with the regular 205, the road-going T16 wore its WRC-crushing pedigree on its bulging sleeves. Although its turbo four was watered down to 149kW, it’s still revered as ‘the’ 205. 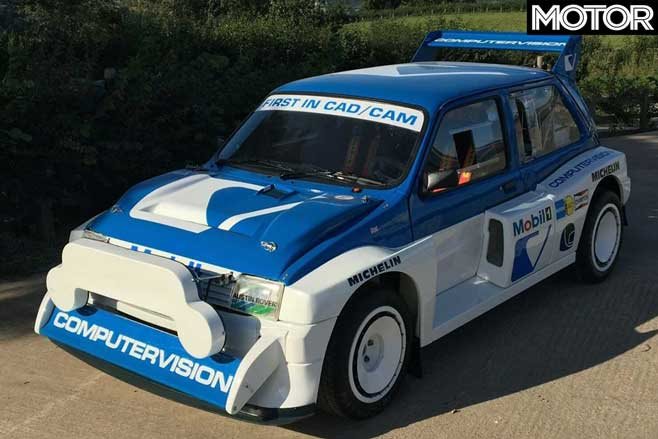 While its lack of turbocharging meant it wasn’t the most powerful of the Group B ‘road’ cars, it was just as advanced. It had a tubular frame chassis, rear mounted V6 (300kW at 9000rpm!) and a Ferguson all-wheel drive system. Most memorable, though, were its steroidal looks.

Worthy Watch: Onboard the Metro 6R4 with Craig Breen 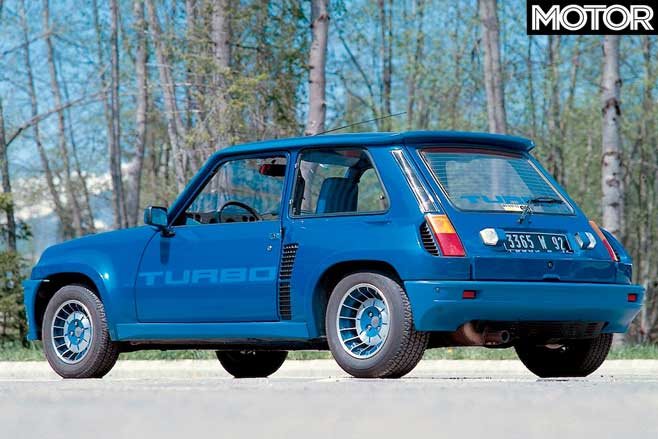 Thanks to its rear-mounted turbocharged four (which shared bits with the engine of Renault’s F1 car) only driving the rear wheels, as much tyre as possible was stuffed under the 5 Turbo’s rear guards. This resulted in a hatch which looked just as outlandish as any of the others listed here. 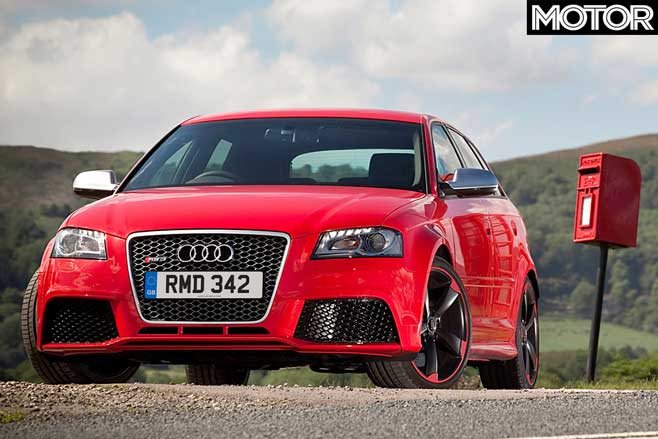 The RS3 was built in a belated attempt to silence other serious hot hatches rather than win world championships. Speed came from the TT RS’s legendary turbo five-pot, while its huge front intakes and widened carbon front guards gave it real road presence. It’s been updated a few times since its inception, though a new A45 S-fighting generation of RS3 would be welcome…