The first significant change to the Amarok since the eight-speed automatic four-cylinder.

THE Amarok V6 diesel represents the first significant change to the Amarok since the eight-speed automatic four-cylinder models arrived in early 2012, around a year after the debut of the original four-cylinder manuals with their dual-range part-time 4x4.

The V6 comes with a beefed-up eight-speeder and at this stage is only available with a single-range full-time 4x4 system (with auto-proportioning and auto-locking centre ‘diff’) similar to that successfully employed (former 4X4 Ute of the Year winner) with the four-cylinder engine. The V6 brings a significant jump in power (plus 48kW) and an extra 130Nm over the four-cylinder models, at a modest $3000 premium in Highline specification and $4000 in Ultimate spec. 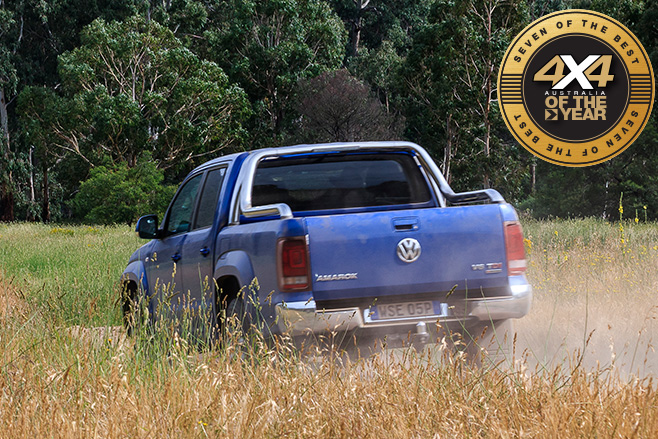 Our test vehicle was the Ultimate. The cheaper Highline loses the heated leather 14-way adjustable seats and the paddle shifters. The Highline also gets 18- rather 19-inch alloys, a more basic sports bar and sidesteps, and 47kg payload hike (up to 911kg). Leather and seat heating is optional on the Highline but not the 14-way adjustable seats. The test vehicle was fitted with an ‘off-road pack’ which brings AT tyres on 17s and deletes the sidesteps.

The Volkswagen Amarok offers levels of on-road ride, handling and performance that would put many 4x4 wagons to shame. And in top-spec Ultimate guise, as tested here, it’s packed with top-end equipment befitting its (almost) $70K price tag.

The 3.0-litre turbo-diesel engine is a gem. It’s smooth, responsive and well-matched to the superb eight-speed auto transmission. If claimed peak power and torque outputs of 165kW and 550Nm aren’t enough for you, the overboost function (available in third and fourth gears for up to 10 seconds at a time) boosts output to a claimed 180kW and 580Nm. This means exceptional acceleration on the road and a sub-eight-second 0-100km/h time. 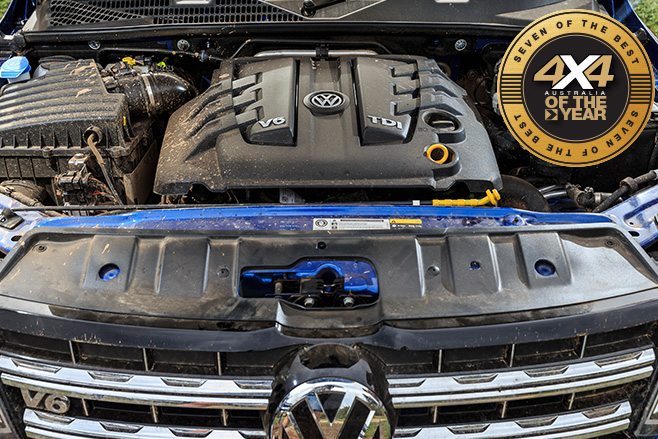 The Amarok is so easy to drive thanks to its single-range full-time 4x4 system and auto-locking centre diff; simply select drive and steer it on or off the road. Selecting the ‘off-road’ mode via a button on the console allows hill-descent control to function and recalibrates the ABS for slippery surfaces. There’s also a handy button to switch off the stability control.

On test, the Amarok recorded an impressive fuel-consumption figure of 11.1L/100km, so you can expect a safe touring range of 670km from a full tank of diesel when on an adventure.

Despite not having low-range reduction, the Amarok proved an effective off-road performer in the Victorian High Country. It has adequate ground clearance (192mm), good approach, ramp-over and departure angles (28°, 23° and 23.6°), good wheel travel and a very effective traction control system that remains active with the rear diff lock engaged. On steep descents, you either have to engage the hill-descent control or hover over the brakes to keep speed in check, which is obviously not ideal but the only solution without low range gearing or a super-low crawler gear. 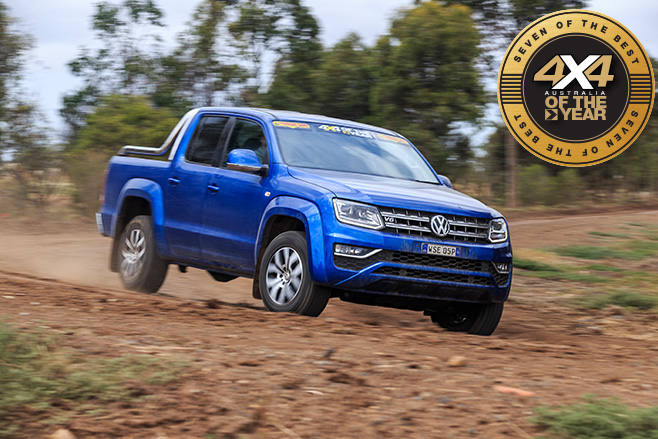 Ride quality on rough surfaces is good, although it should be noted that our test vehicle was optioned with 17-inch wheels/tyres (the standard rims on this top-spec variant are 19-inch with 55 series rubber).

Over-bonnet visibility is good thanks to the Amarok’s short bonnet and height-adjustable seat, and a small turning circle makes manoeuvring in tight terrain easy.

One of the great things about driving the Volkswagen Amarok is that you can steer off the highway and drive off-road without touching a button. Bearing this in mind, 4X4 Ed, Matt Raudonikis initially tackled the set-piece hill climb without locking the rear differential, or selecting the off-road mode. It struggled for traction but the Amarok made the climb relying solely on its electronic traction control.

It never felt wanting for lower gearing, despite an overall first ratio of 17.4:1 with no low-range reduction. 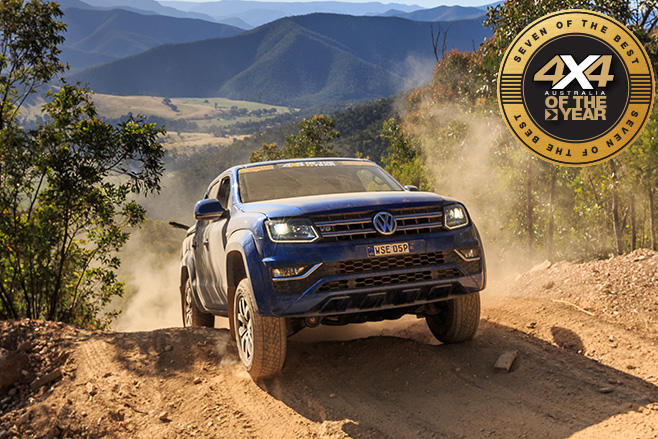 On the second attempt, with the rear diff lock engaged, the Amarok made light work of the hill climb, thanks in part to the electronic traction control remaining active on the front axle.

Rear-wheel travel looked impressive and front-wheel travel more than adequate for the task at hand, and the Amarok didn’t bottom out on the climb.

The Amarok Ultimate is loaded with gear, from its 14-way adjustable heated leather seats to its colour touchscreen with sat-nav and Apple CarPlay and Android Auto connectivity. Convenience features include four 12V power outlets and, on the safety front, the Amarok has the lot: front head and thorax airbags, auto pre-collision braking system, stability control, trailer stabilisation, parking sensors, reversing camera, tyre-pressure monitor, and much more. The lack of rear seat side airbags is a concern for many potential buyers. 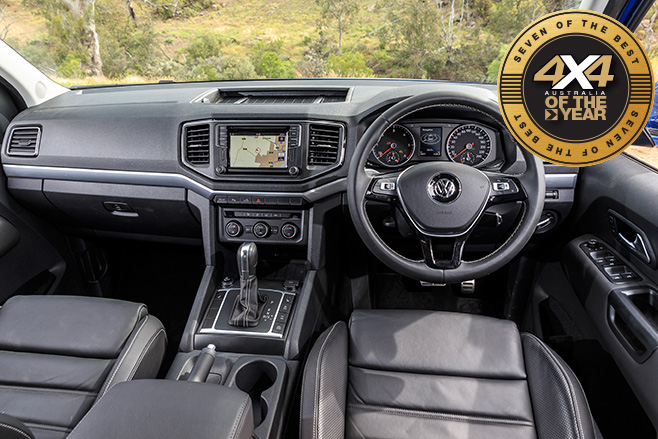 Front seat occupants are spoilt with super-comfortable seats and the range of adjustment means anyone will find a comfortable seating position in the Amarok. Rear-seat passengers will also be happy with their pew. There’s generous shoulder room for three adults and good headroom for the outboard passengers, although leg room will be an issue for taller occupants. The leather trim looks fantastic and the rest of the interior appointments are of a very high quality.

The Amarok has a generous tray and is the only vehicle in its class that will accept a full-width pallet between the wheel arches – bragging rights indeed.

The Amarok’s wading depth is only 500mm, and a glance under the bonnet explains why: the air intake is located behind one of the headlights and the alternator is positioned quite low in the engine bay. You’ll also need to dig out a screwdriver to access the air filter, and there’s no space in the engine bay for a second battery.

As mentioned, our test vehicle was shod with optional 245/65R17 Pirelli Scorpion ATR tyres in place of the standard 255/55R19 high-speed road tyres. Interestingly the 245/65R17s ATs are smaller overall in nominal diameter (by half an inch) than the 255/55R19s road tyres, so they actually reduce the ground clearance; although they do help the off-road gearing. 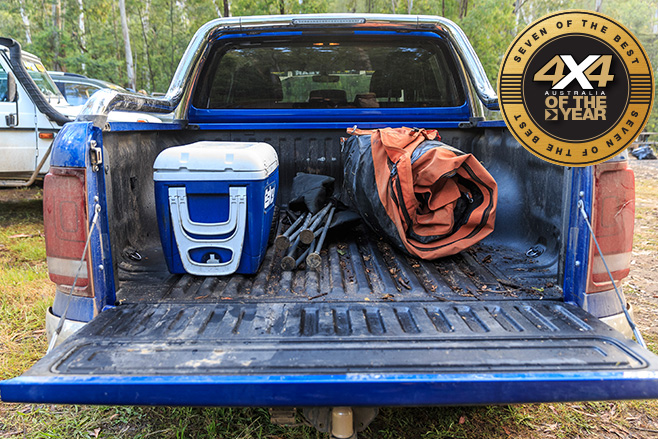 The general consensus after a week’s testing was the Amarok is a well-rounded 4x4 ute that delivers car-like levels of comfort and refinement, outstanding on-road performance and more than adequate off-road capability.

“The Amarok delivers on its promise of a performance pick-up with refinement and ability to boot,” 4X4 Ed Mat Raudonikis said. “VW again proves that you don’t need low-range to go off-road.”

4X4OTY judge Norm Needham went a step further, declaring of the Amarok, “sophisticated but user friendly, with very respectable on- and off-road performance, and agreeable looks to boot! I’m in love.”

The Amarok has a different suspension mounting configuration to most vehicles, and the Tough Dog suspension solution has been engineered to suit this. Offering a 20mm lift for this car with two spring options in the front (bullbar then bullbar and winch) and in the rear (0-300kg, then constant 300kg+)

It should be noted that owing to the configuration of the lower mount of the front strut, it is not possible to offer a complete strut assembly, but TD does have a step-by-step video for installation on its website to assist. 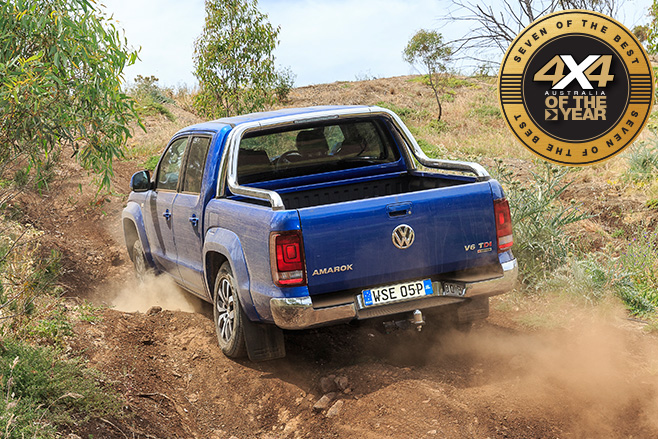 Prices range from $2025 to $2355, depending on options selected. With other vehicles on the market there may already be some components already developed and suitable for this vehicle. 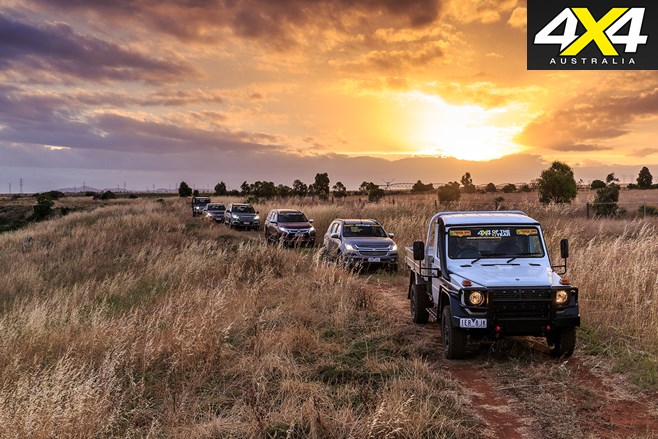 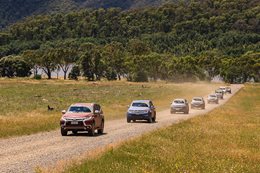 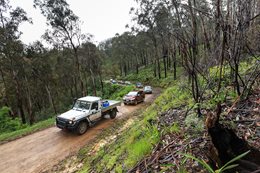 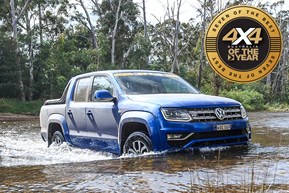