In recent times the super sedan market has been dominated by the Germans, in particular the BMW M3 and Mercedes-AMG C63.

The arrival of the Alfa Romeo Giulia QV has introduced a welcome fresh face to the segment, but Alfa’s recent performance car offerings have been sketchy at best. The 4C showed some promise, however we still haven’t forgotten understeer monsters like the 156 GTA.

Early impressions of the 375kW/600Nm Giulia QV have been positive but how does it fare when it’s thrown into the lion’s den against the 331kW/550Nm BMW M3 Competition and 375kW/700Nm Mercedes-AMG C63 S? 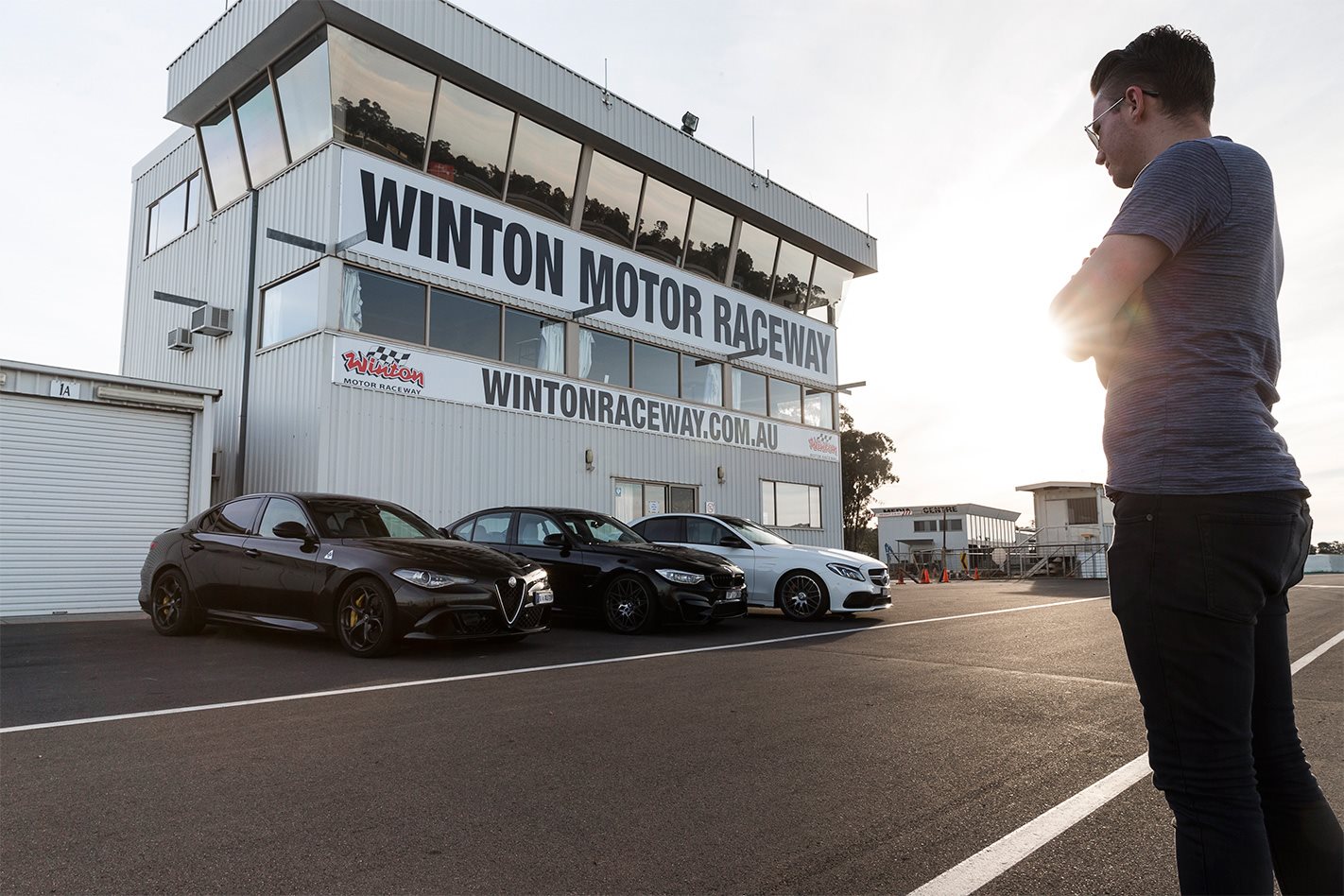 To find out, we hired Winton Raceway, flew in our favourite professional racing driver Warren Luff and punted each car as hard as possible in an effort to find a winner.

You can read the full 11-page test in the September 2017 issue of MOTOR Magazine but on the basis that pictures tell a thousand words we also captured the action on video. Shares in Michelin and Pirelli may have experienced a brief spike thanks to this day.

Associate Editor Scott Newman guides you through the strengths and weaknesses of each contender while Luffy straps on a helmet to wring every last tenth from these twin-turbocharged, rear-drive weapons. The quickest car may surprise you, but that doesn’t necessarily means it’s the winner.

Did we get it wrong? Let us know which car you’d take in the comments below and don’t forget that you can find plenty more videos at our YouTube channel at www.youtube.com/MOTORofficial.