This off-road Atom needs to come to Oz, fast!

Belting along a rough road at speed would push most hardcore sportscars well out of composure.

Not so the Nomad. Its body stays flat and its steering wheel steady as the 18in front wheels, shod with moderate off-road rubber, nip gracefully up and down and the Ariel’s suspension absorbs everything.

The Nomad is Ariel’s third model, after the Atom and the recent Ace motorcycle. All that’s carried over from the sports roadster, however, is what’s around the driver: instrument panel, steering wheel, column and rack, the pedal box and the floor panel. Everything else is new, though due to the mechanical layout and those carry-over parts, it feels familiar. 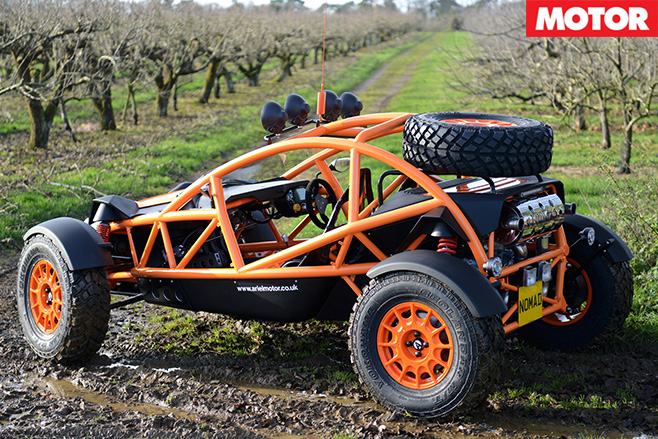 It utilises the same 2.4-litre Honda engine found in the CR-V, which makes 175kW at 7200rpm and drives the rear wheels through a six-speed manual gearbox. Brakes and steering remain unassisted because the Nomad’s weight, although up more than 100kg over an Atom, is only 670kg.

There are double wishbones all ’round with dual-rate springs. It’s the deftness of these springs that makes the Nomad a more appealing road car than an Atom. More appealing even than, say, a Porsche 911 GT3 RS. That’s before even considering the off-road credentials – credentials we’ll investigate when Ariel builds more and can lend us one it doesn’t mind getting caned.

This softness means there are notable body movements; the sort most car makers banish with stiffer springs and even stiffer tyre sidewalls. Ariel embraces them but controls them. Accelerate, brake or corner hard and the Nomad will pitch and yaw, but always with perfect composure. 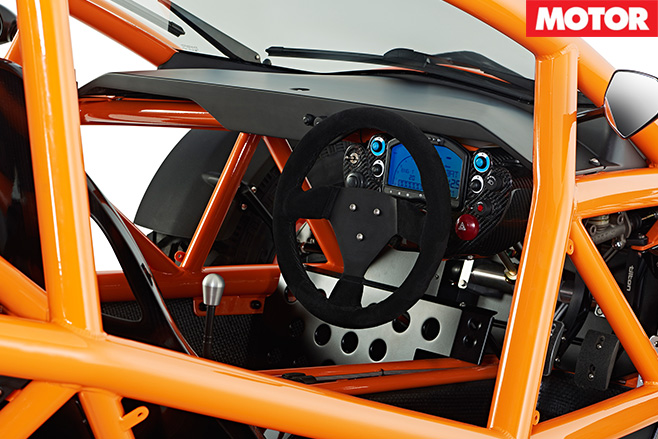 Approach a corner too fast and brake firmly and the nose will dip. However, you’re quickly aware that what you’re doing is using the transfer to push some weight onto the Yokohama Geolandar front tyres, unloading the rears and preparing them all for the work you’ll be asking them to do in the corner.

Because the weight is low and the steering fast and unassisted, the compliance in the system is not lost to inaccuracy at the steering wheel. Instead, it helps send every message about what each end of the car is up to, and allows you to manipulate it from bend to bend.

The Nomad is as capable mid-corner as they come. However, the overall handling balance is tricky to find on the road, but you get hints of it. Turn-in on the throttle with the front end lightly loaded and it’ll push on – so what you want to do is settle the nose by braking on turn-in and getting back on the power to let the rear push the car into the turn. 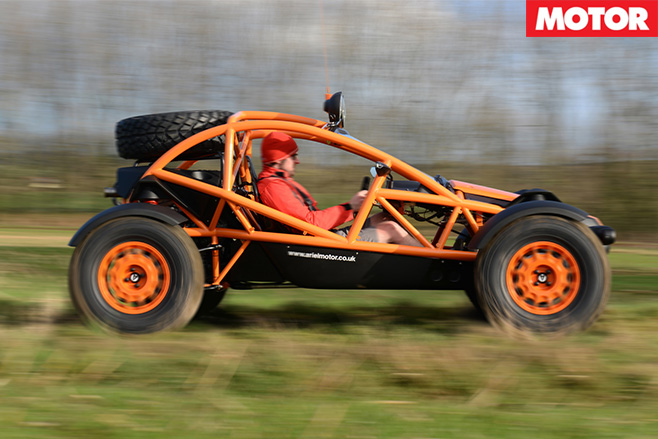 It’s a ridiculous notion, because the Nomad isn’t designed for it, but I’d love to try this car around the Nürburgring. That’ll have to wait.

Less than a handful of models have amazed me like the Nomad in my 18 years of testing cars. A Pajero Rally Raid car, or, for different reasons, a Porsche GT3 RS and a Ferrari F40.

Ariel intends to sell only around 75 Nomads each year in its UK homeland, but I wonder if its sales potential extends far beyond that figure. To me, it feels like a landmark car. I adore it. 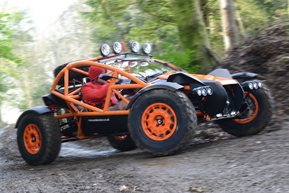