“In a few years, we will replace the TT with a new emotive model… with an electric car.” Those are the words of Audi’s management board chair, Bram Schot, this year that sealed the fate of the TT sports coupe. And that’s a shame, because a re-acquaintance with the Audi TT S has reminded us that it’s a very capable car.

For a start, it feels faster than its claimed 4.7sec 0-100km/h run would suggest, with 210kW and 380Nm at the ready for all four wheels to take advantage of thanks to Audi’s quattro permanent all-wheel drive system. 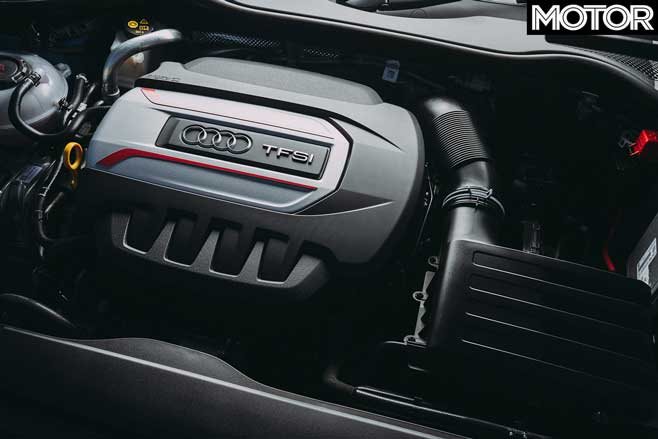 That feeling of speed carries through to its cornering, as long as you approach a corner humanely. Hit the apex and you can hammer the fast pedal to shoot out onto the post-corner road and find yourself travelling at the speed limit rather quickly.

Once you find the right balance between lock and throttle it’s incredibly fast, it just needs to be driven with the right approach. It corners flat when suspension is set to Sport, with little body roll but enough feedback to let you know where the traction limit is.

If you’re understeering in this car, you’re just not driving it properly. In fact, even wet roads don’t hold back its traction and brutal speed, though traction control comes on to stamp out any wildness if you’re shifting weight too quickly in tight corners.

The S-Tronic DCT gearbox isn’t the brightest if left to its own devices, but paddles will allow you to keep the revs where they need to be – often in 3rd gear at around 5000rpm. It only has six gears, and that’s all it needs. 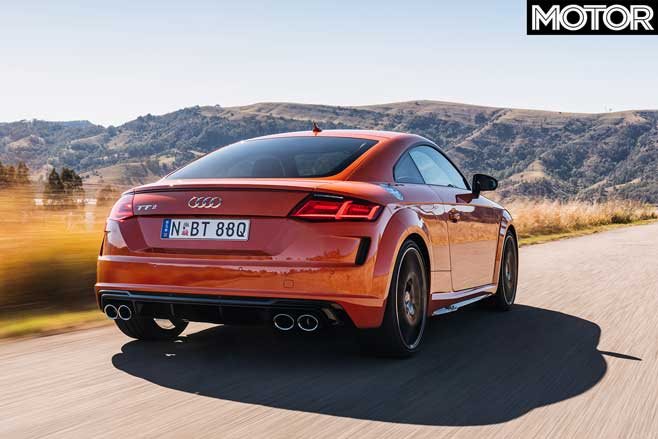 Then there’s the interior, which is incredibly elegant and sensible for a car at the $100K mark.

Heated front seats, Nappa leather and a 12-speaker Bang & Olufsen sound system (which comes in handy, but we’ll get to that) are some additions to the TT S, which Audi says has “more than $8500” in extra kit over its predecessor. It certainly feels premium enough inside to justify the pricetag, especially compared to other cars in its price bracket (bar maybe the slightly pricier Porsche Cayman). 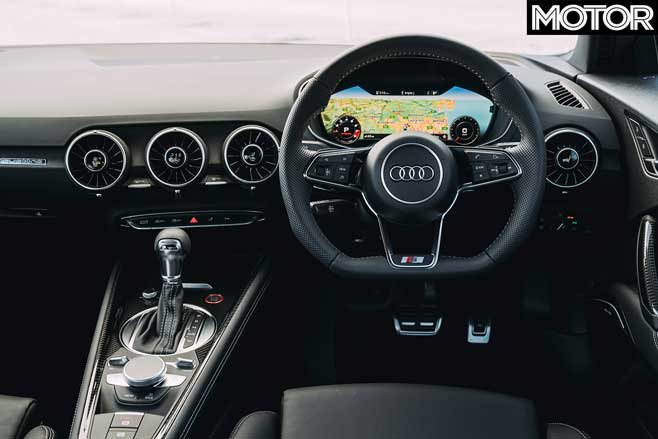 Even on the outside, the Audi TT straddles a line between sleek sports car and stylish city dweller that draws admiration from all sorts. We lost count of how many compliments our orange test car received.

Unfortunately, as with all things, the TT S isn’t perfect. The way it looks inside and out isn’t quite as elegant as its engine note. It’s not a bad sound, but it’s not incredibly inspiring. There is, however, a certain level of aggro (albeit seemingly manufactured) to its sound once you bump the selector into Sport mode.

Once you’re in Sport mode, you’ll probably notice the ride becomes rather harsh, and a lack of adequate damping between the suspension and cabin means both jitters and road noise make their way to your backside and your ears (which is where the sound system comes in handy). 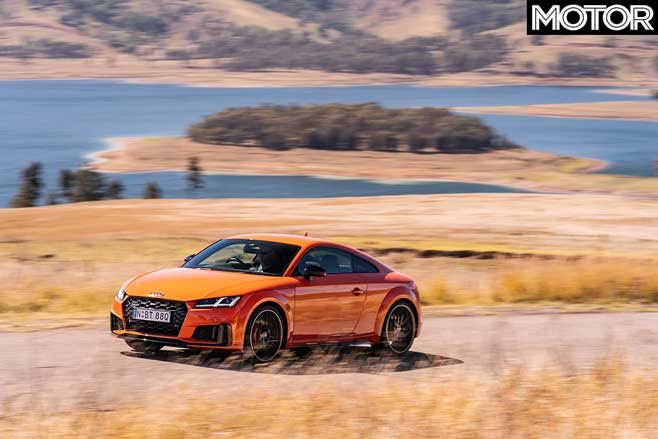 Comfort settings go some way to lowering the ride discomfort, but doesn’t go quite far enough. It does, however, make for some exciting body movement at full attack.

If you want the thrum of the engine (and its power) at their best without the stiff ride and heavier steering, there’s an Individual mode for custom arrangements. Having said that, the TTS is one of few cars that seem to be better to steer with Sport mode on once you’re getting enthusiastic, as Comfort isn’t quite precise enough for hard cornering. If you want a challenge, set everything to Sport except steering and suspension, which should be in Comfort, and hit a twisty road. 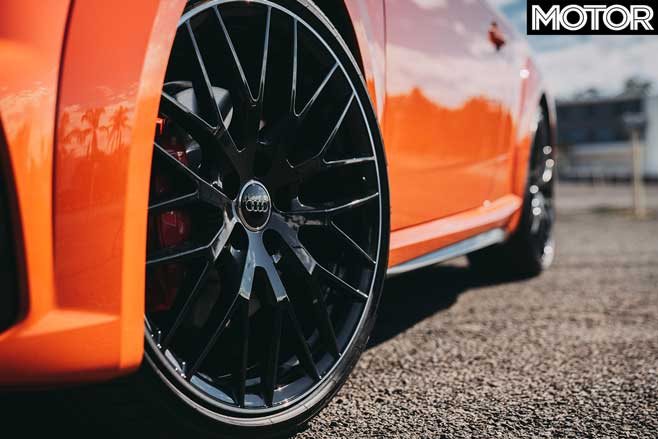 It’s tempting to compare the TT S to the VW Golf R with which it’s closely related, but the two clearly target different people. Sure, if you want the speed and don’t care too much about the ‘sports car’ factor or styling, you would take the Golf R, but if you want the eye-catching nature of the TT, a hatch won’t cut it.

Is that worth the extra $45,000? That’s subjective, but the world of designer goods says people are willing to pay more for something that suits their style. It’s just that maybe there aren’t enough people paying for the TT S’s style, and that’s why this might be one of our last encounters. 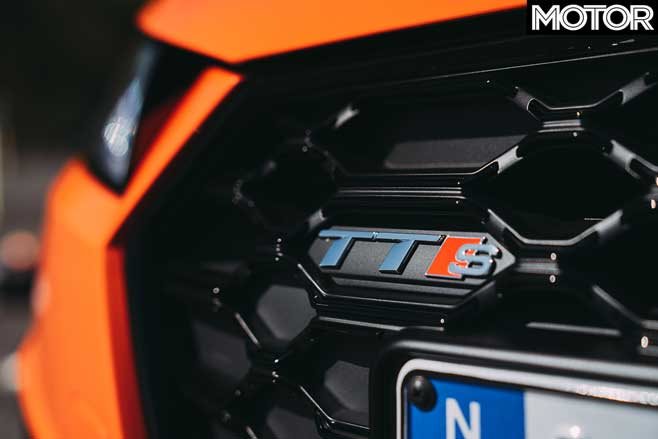 Likes: Looks elegant but sporting; quick regardless of weather; interior
Dislikes: Might not excite rear-drive fans; ride is too firm; S-Tronic not the cleverest 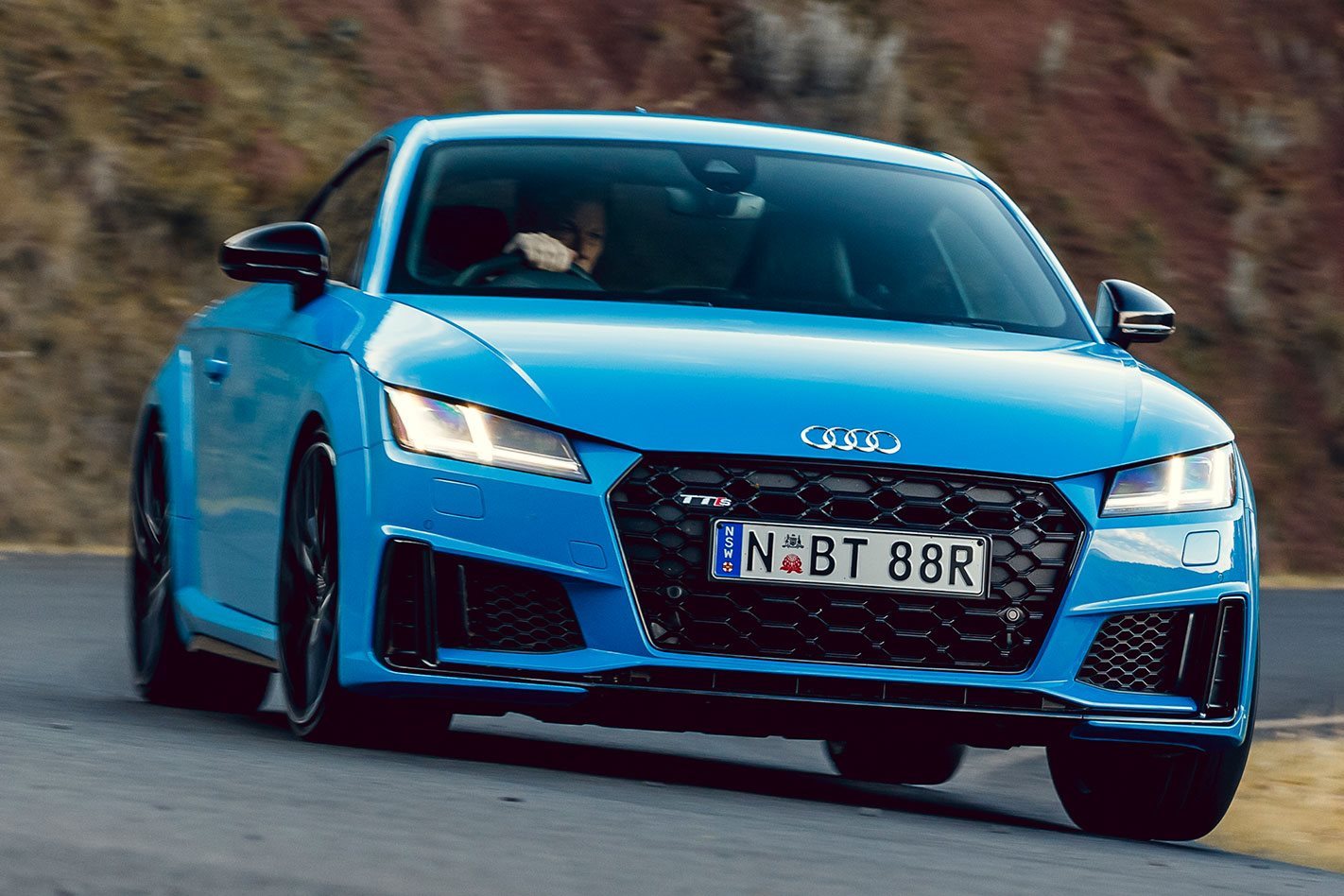 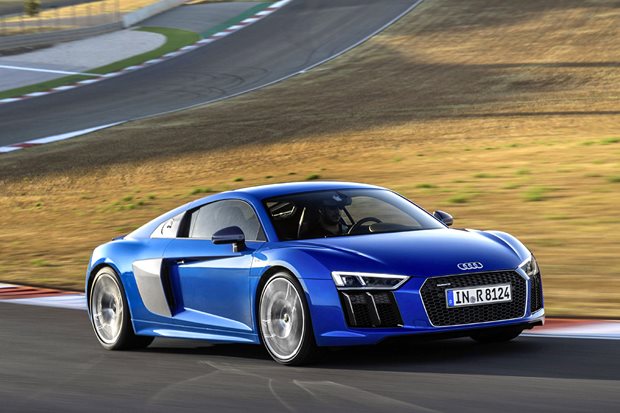 Base model R8 is anything but basic 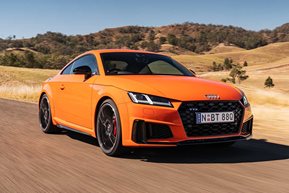 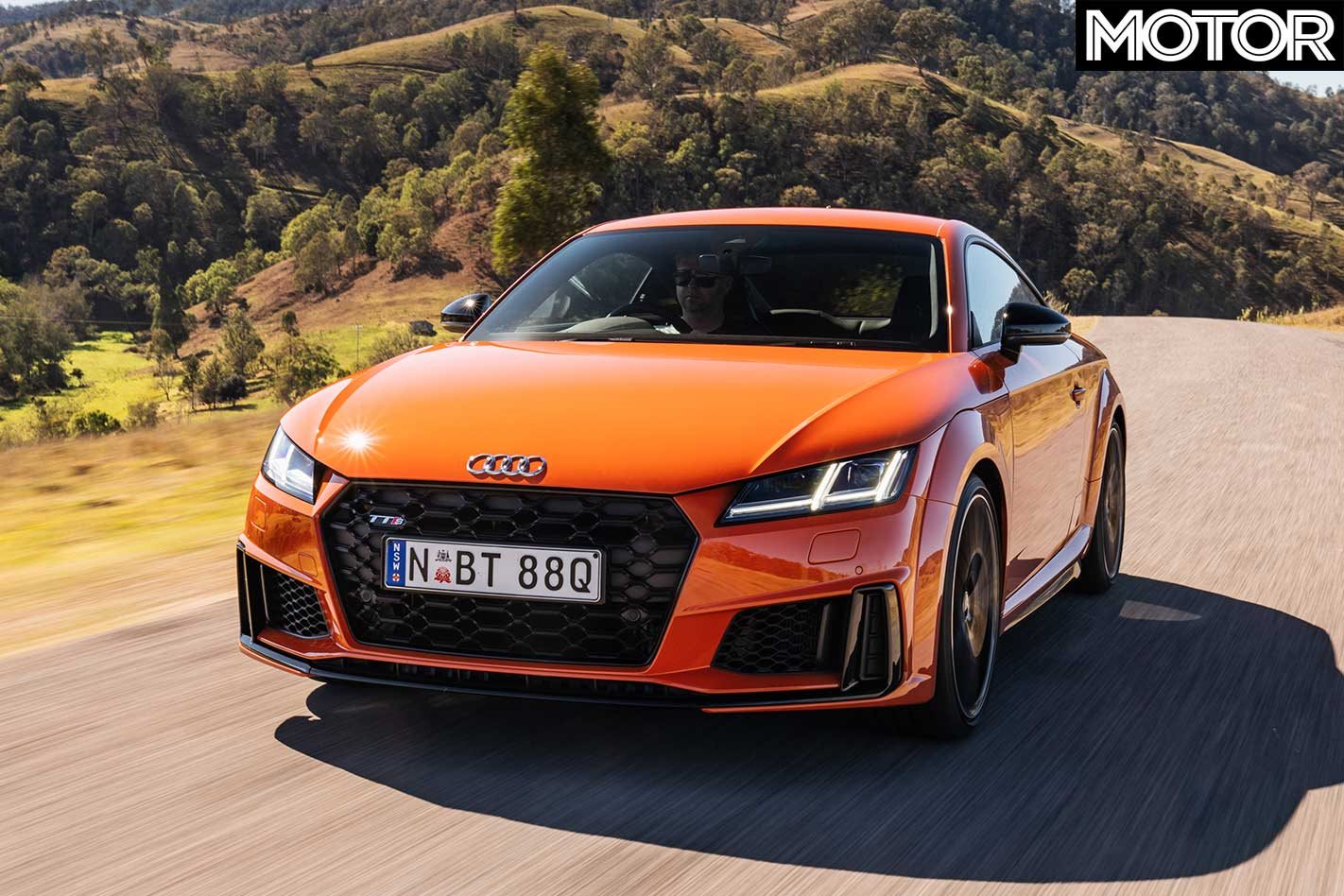 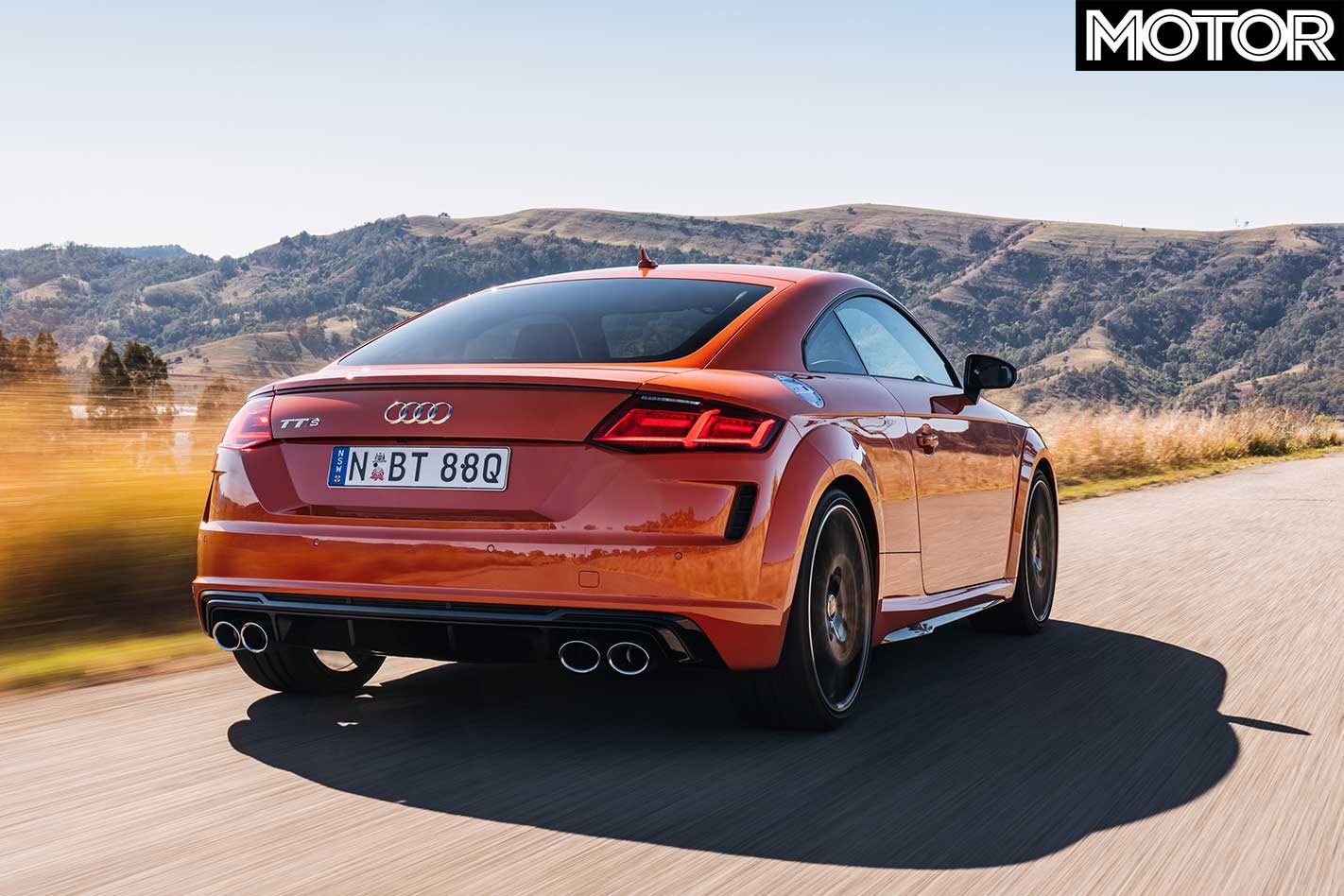 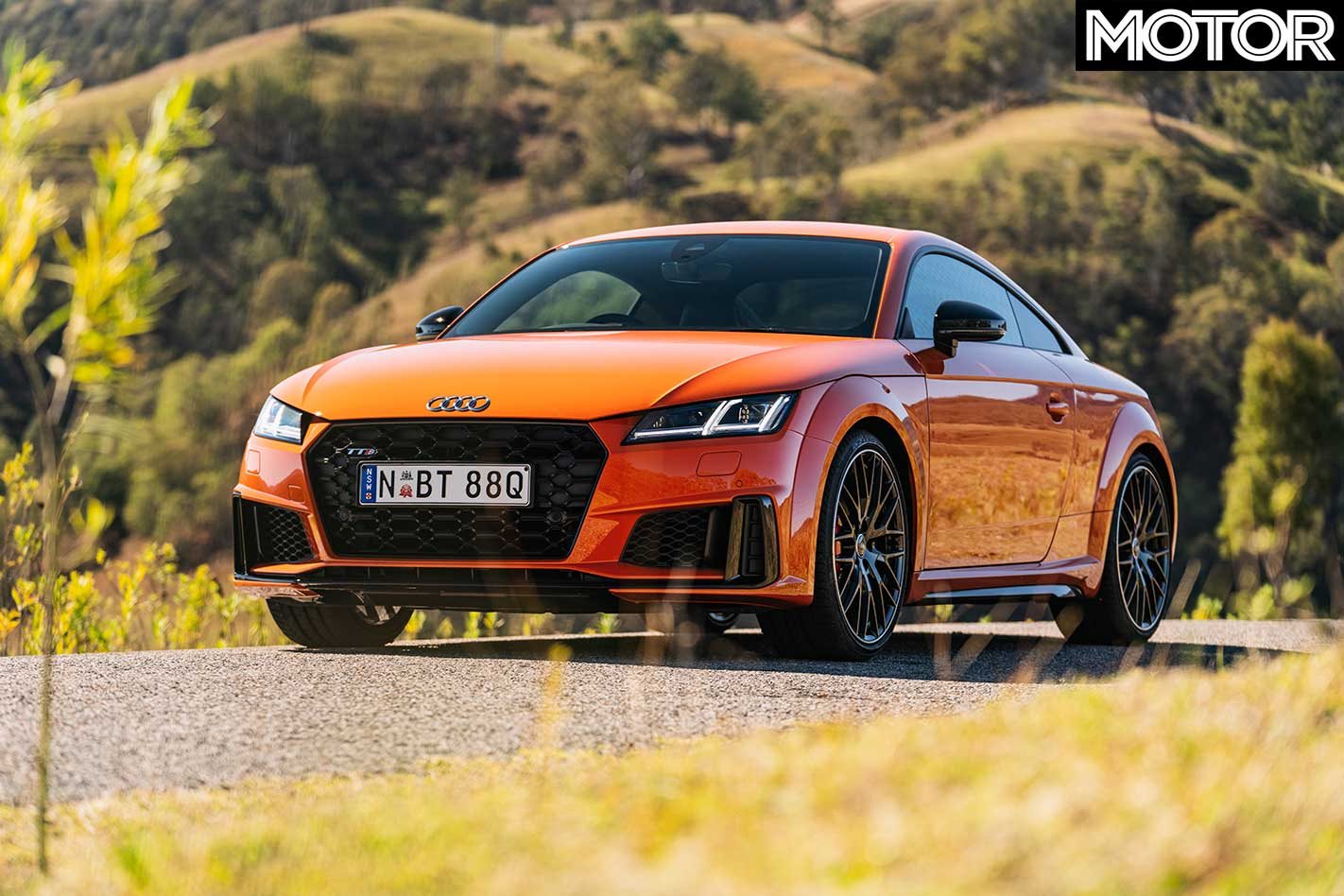 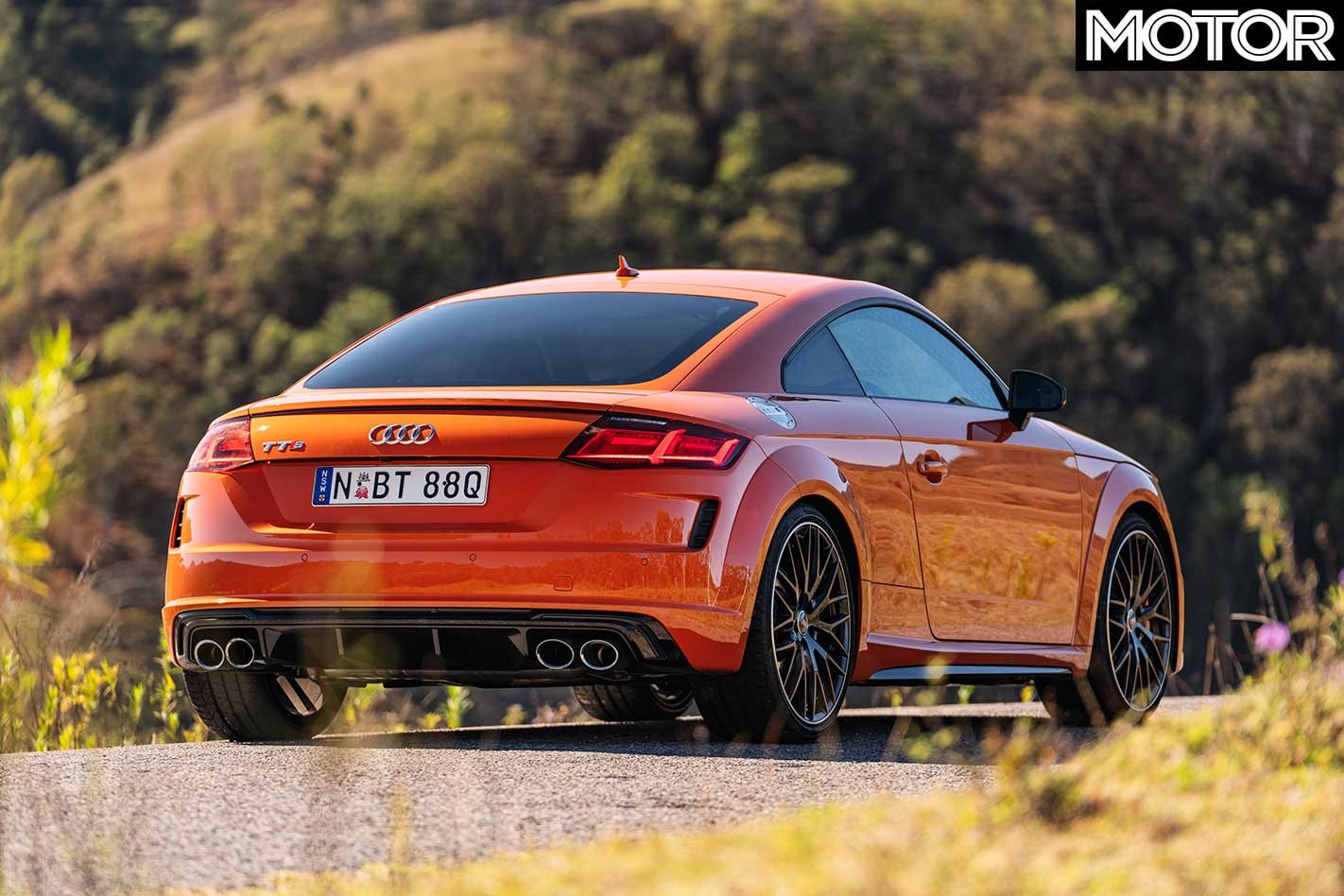 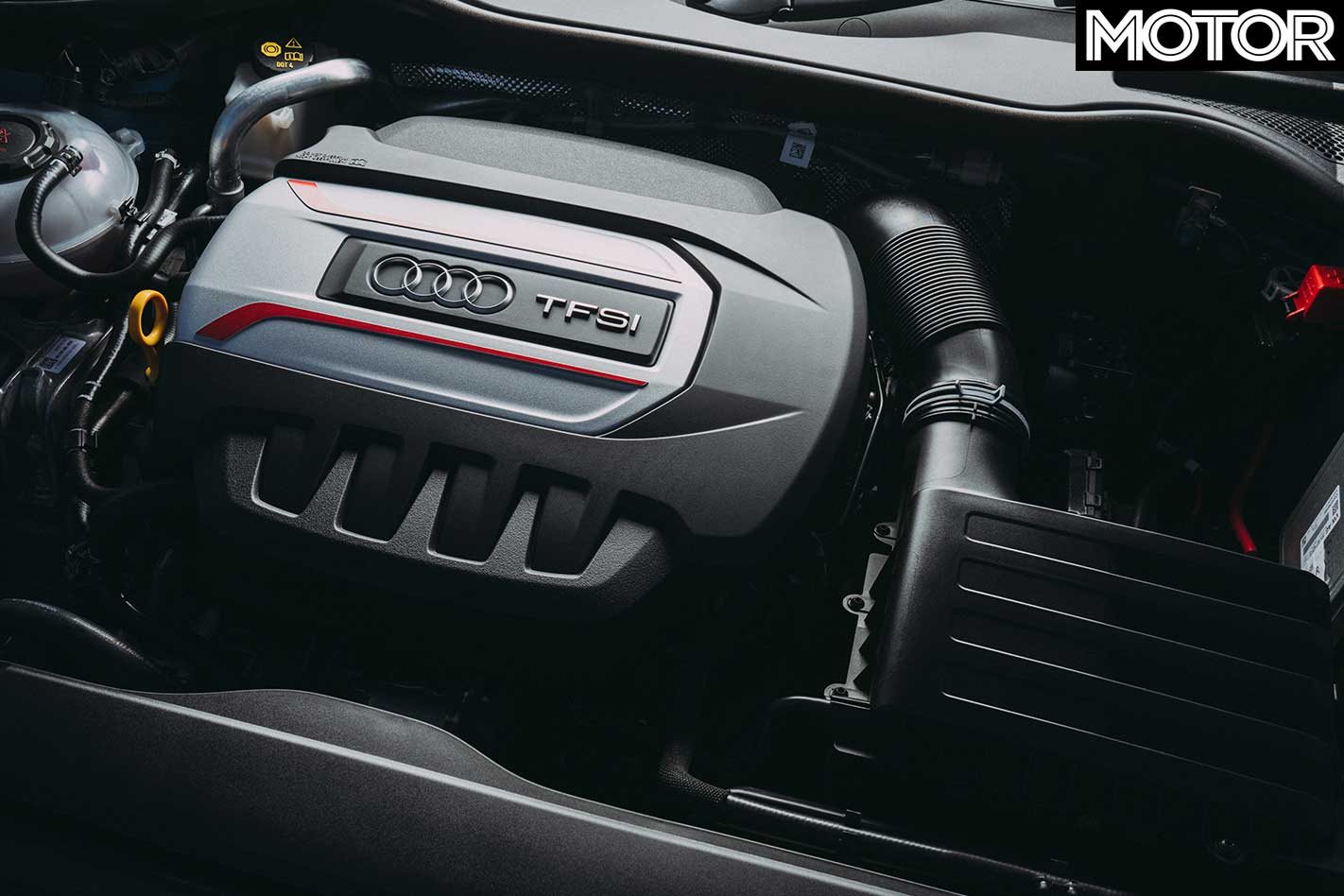 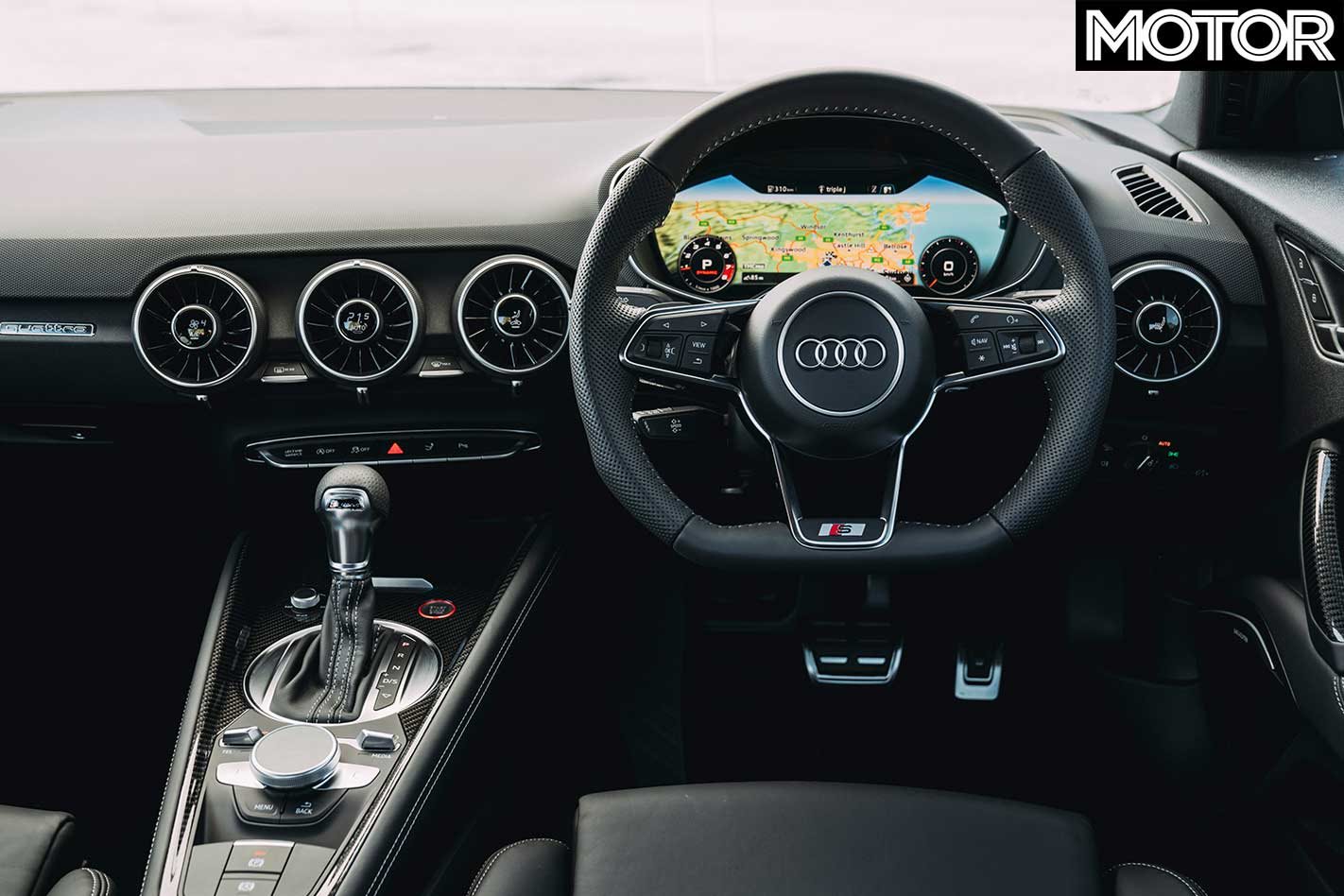 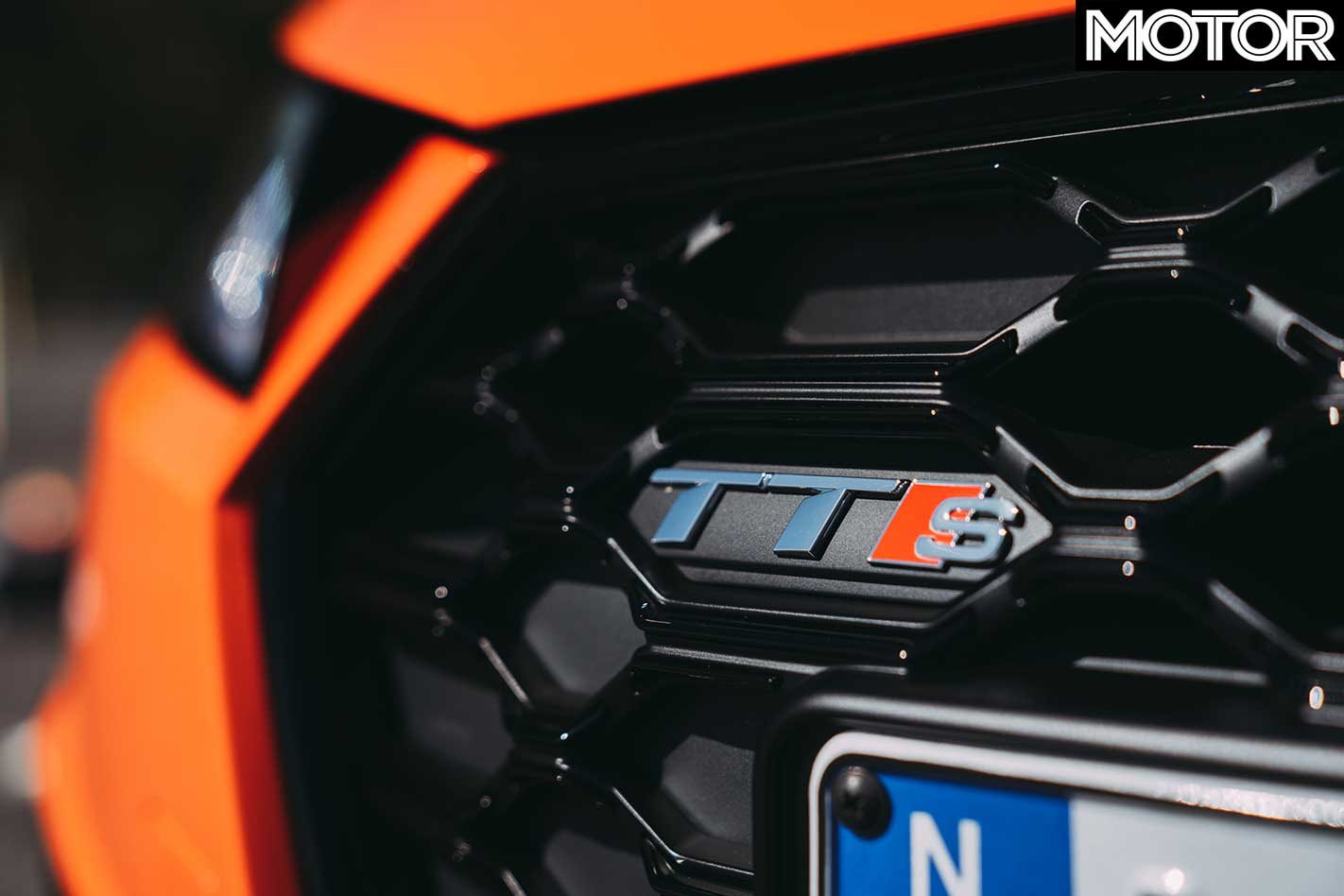 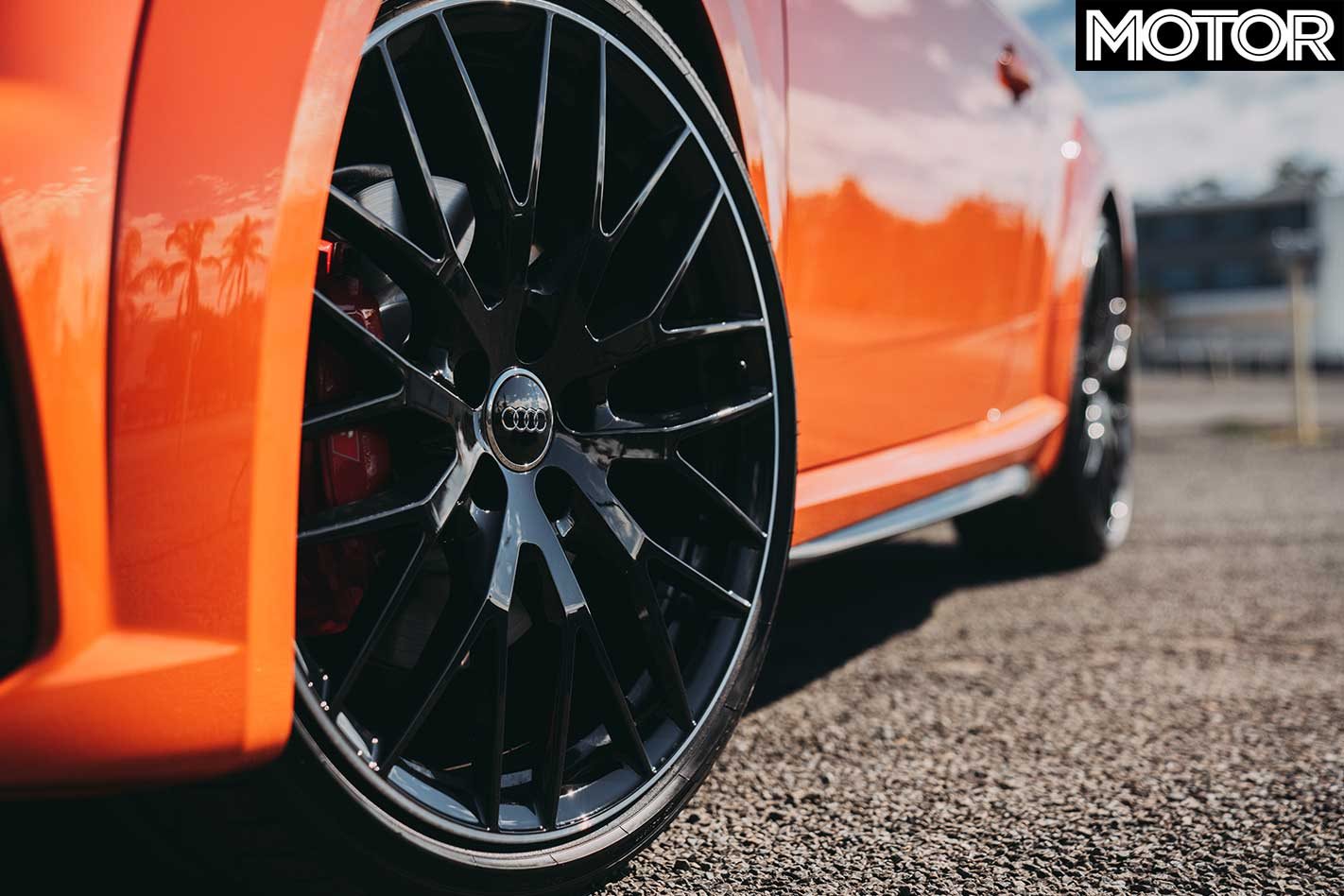