Don’t let the model designation mislead you – the BMW M235i Gran Coupe is neither grand nor a coupe. Like the CLA and the four-door Audi A3, this 2 Series model is essentially a saloon with a go-faster roofline.

It shares the wheelbase with the 1 Series but is two handspans longer than the hatchback so it’s handicapped by excessive overhangs. Despite the larger footprint, rear legroom is only half a cigarette’s length more than the M240i, the back seats of which are admittedly even harder to access. On the credit side, the new arrival boasts a sizeable boot that holds 430 litres with the rear backrests in place. 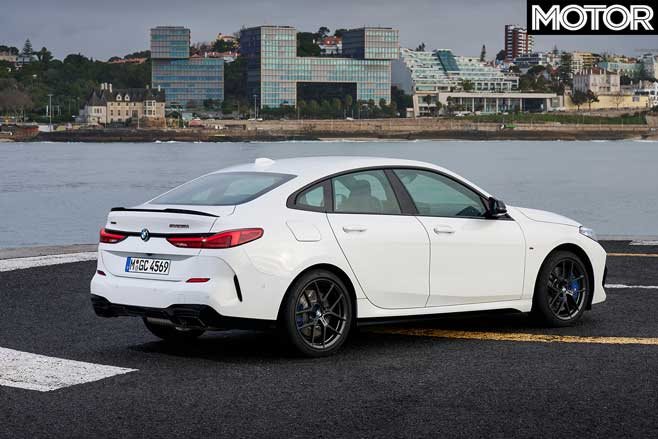 For a change, the BMW kidney is this time not a taste disruptor. What disturbs the eye instead is the absence of spot-on proportions the larger Gran Coupes convey so well. The stubby nose sticks out a tad too far, the rear end is tall and square, the high bonnet is anything but fetching and even the standard 19-inch rims (shod with 235/35R19 Pirelli tyres) look small. While the aero kit is part of the M treatment, one must pay an extra $2200 for the M Performance Pack, which features overboost mode along with loads of eye-catching gloss black.

The cockpit is well laid out, well specced and well put together, though the messy instrument graphics were obviously designed under the influence, even essential goodies like sat-nav cost extra and the ergonomics are in part startlingly complex.

Unlike the six-cylinder M240i, the M235i is only available in xDrive guise and with the eight-speed automatic transmission, which bares its true dynamic nature as soon as you flick the lever from D to S and responds commendably briskly to paddleshift inputs. Dampers are of the two-way kind (Comfort or Sport), the steering was recalibrated for an even sharper response, and Sport brakes provide extra stamina. 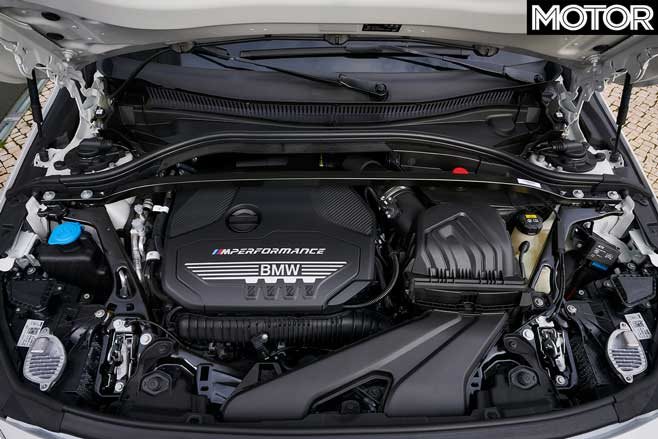 Now powered by a four-cylinder turbo producing 225kW and 450Nm, the crackerjack edition benefits from all-wheel drive to nip traction issues in the bud. Since the front-to-rear torque split won’t stretch beyond 50 per cent to the rear, the M235i is not a part-time driftmeister like the AMG A45 S or Focus RS, but a mechanical torsen diff lock is fitted to curb steering fight and a bunch of extra bytes optimise take-off traction, turn-in grip and wheel-selective torque vectoring.

In addition to launch control, DTC (dynamic traction control) and DSC, a new feature dubbed EDLC (Electronic Differential Lock Control) was added to smooth the cornering attitude by momentary brake actuation. Last but not least, there is ARB (wheel slip control), which operates up to ten times faster than the previous software application. 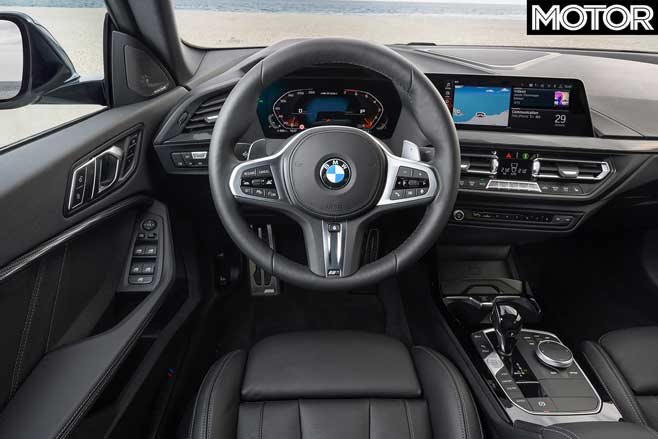 BMW says this high-tech package practically eliminates torque-steer and pronounced understeer, but on wet and slippery pavement you still experience a bit of both. When pushed, the nose tries to run wide and the front wheels briefly scrabble for grip.

In the hinterland of Lisbon, the M Performance version had ample opportunity to prove its dynamic worth, accelerating to 100km/h in a swift 4.9sec with launch control (4.8 with overboost) and maxxing out at an indicated 258km/h on the autobahn. So the M235i matches the CLA35, but loses half a second to its more potent yet much older namesake fitted with the coveted 3.0-litre engine. In real life, this difference is less significant than the 50Nm of torque the four lacks compared to the six. 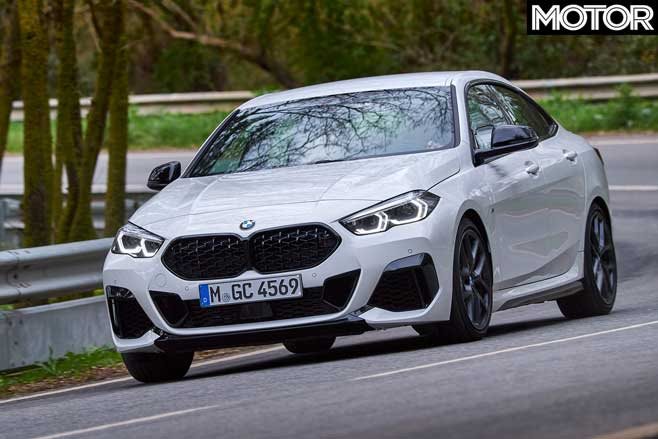 We would also prefer a faster-shifting transmission in Sport, a more relaxed steering action at speed, a less busy handling demeanour through fast esses and a more reassuring response to energetic brake pedal actuation.

Compared to the similarly priced two-door M240i, the four-door M235i Gran Coupe is clearly roomier, more comfortable, better equipped and more modern, and while its four-cylinder engine may be less smooth, muscular and melodic, it does the job. So the Gran Coupe is the more practical and pragmatic buy, but the appeal of its odd physique is entirely in the eye of the beholder.

Driven and rated at MOTOR reviews 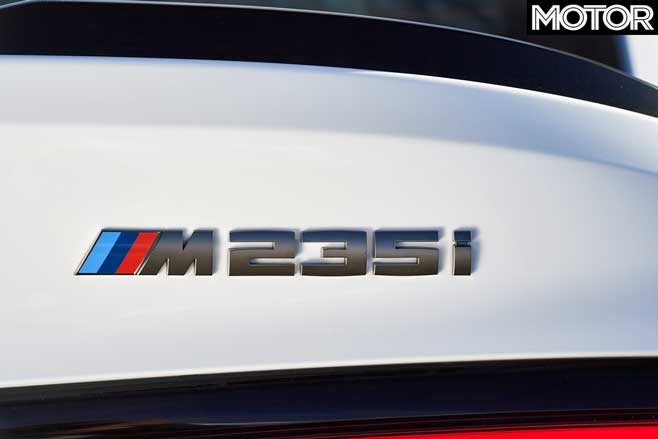 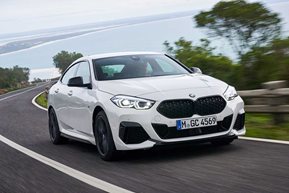 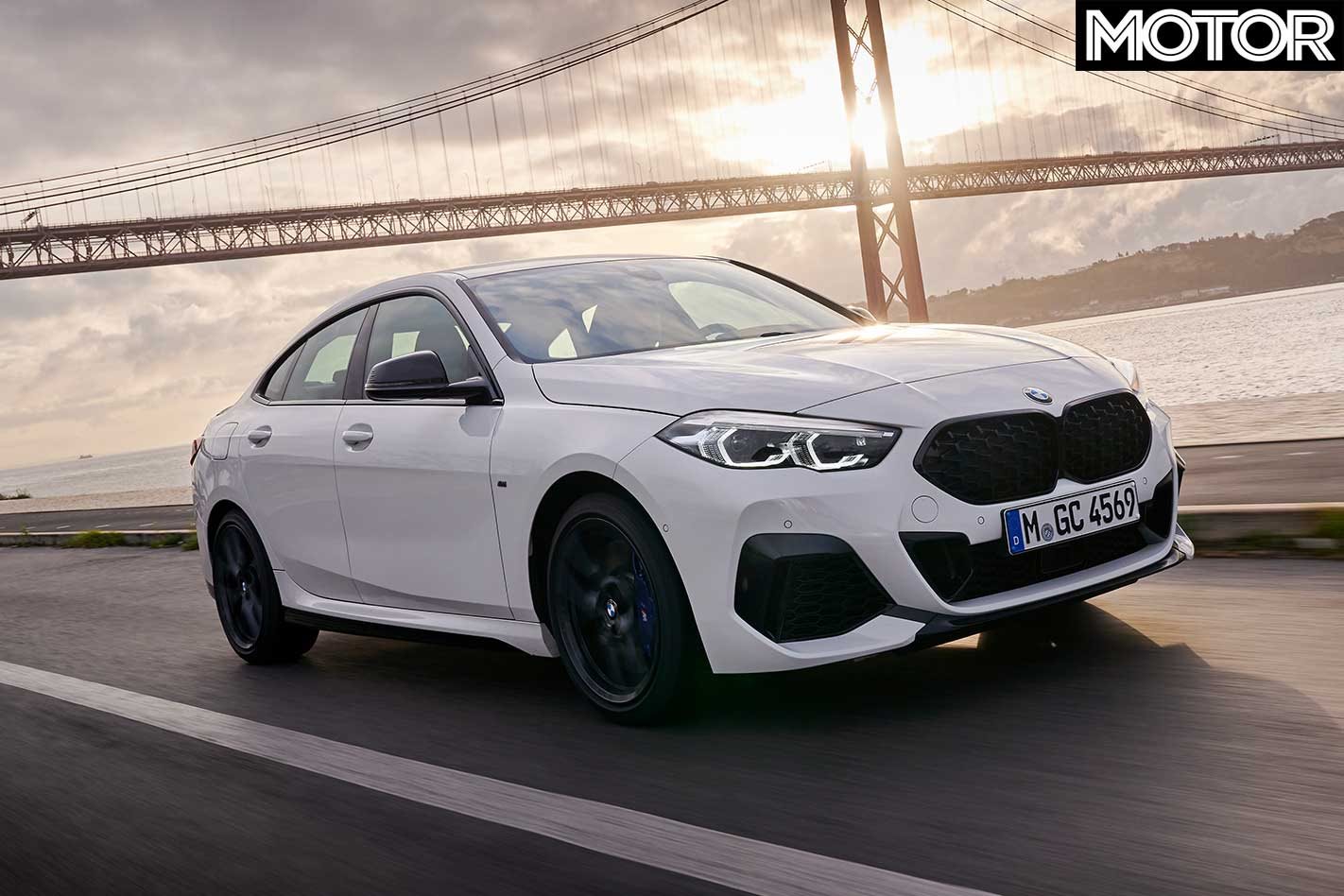 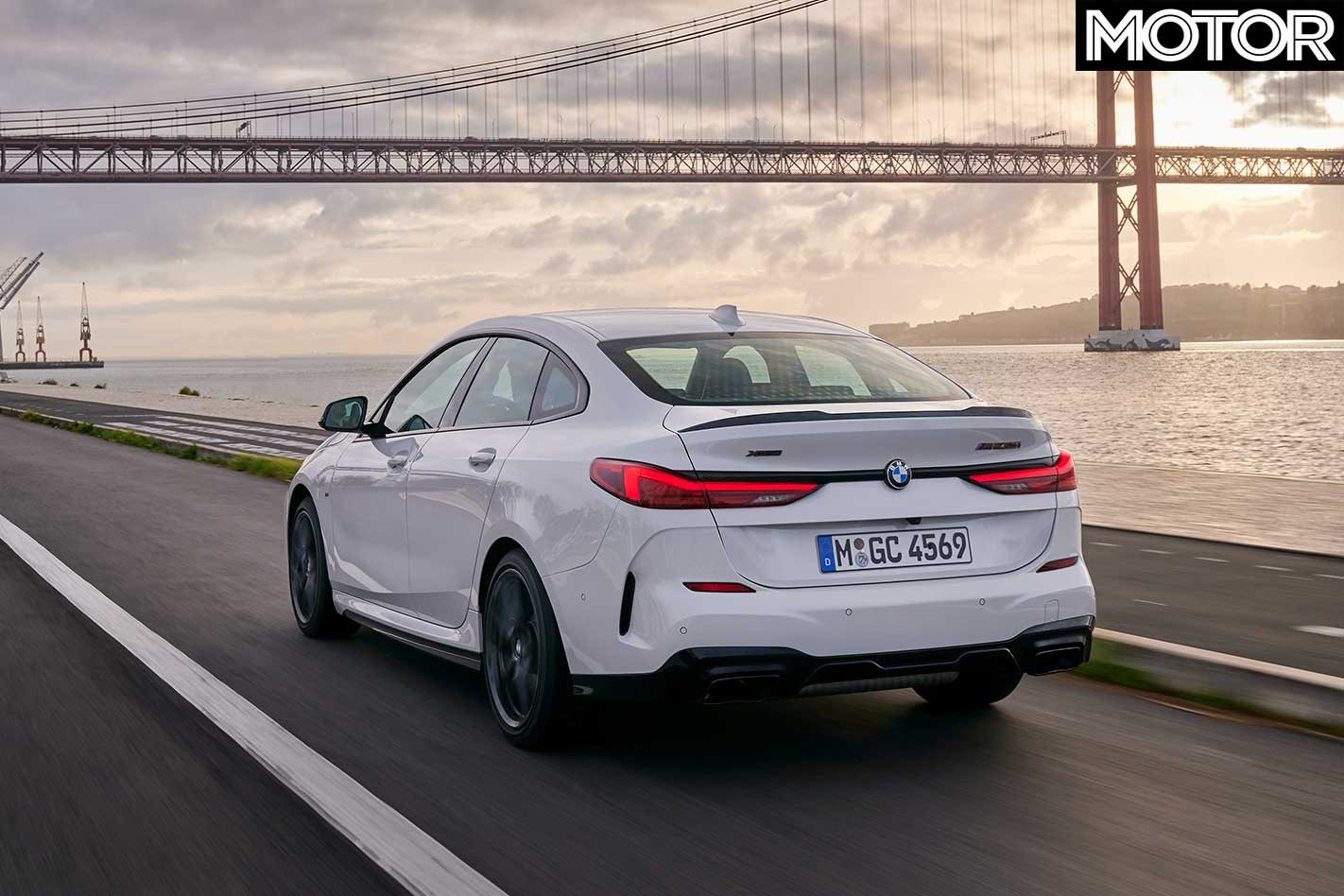 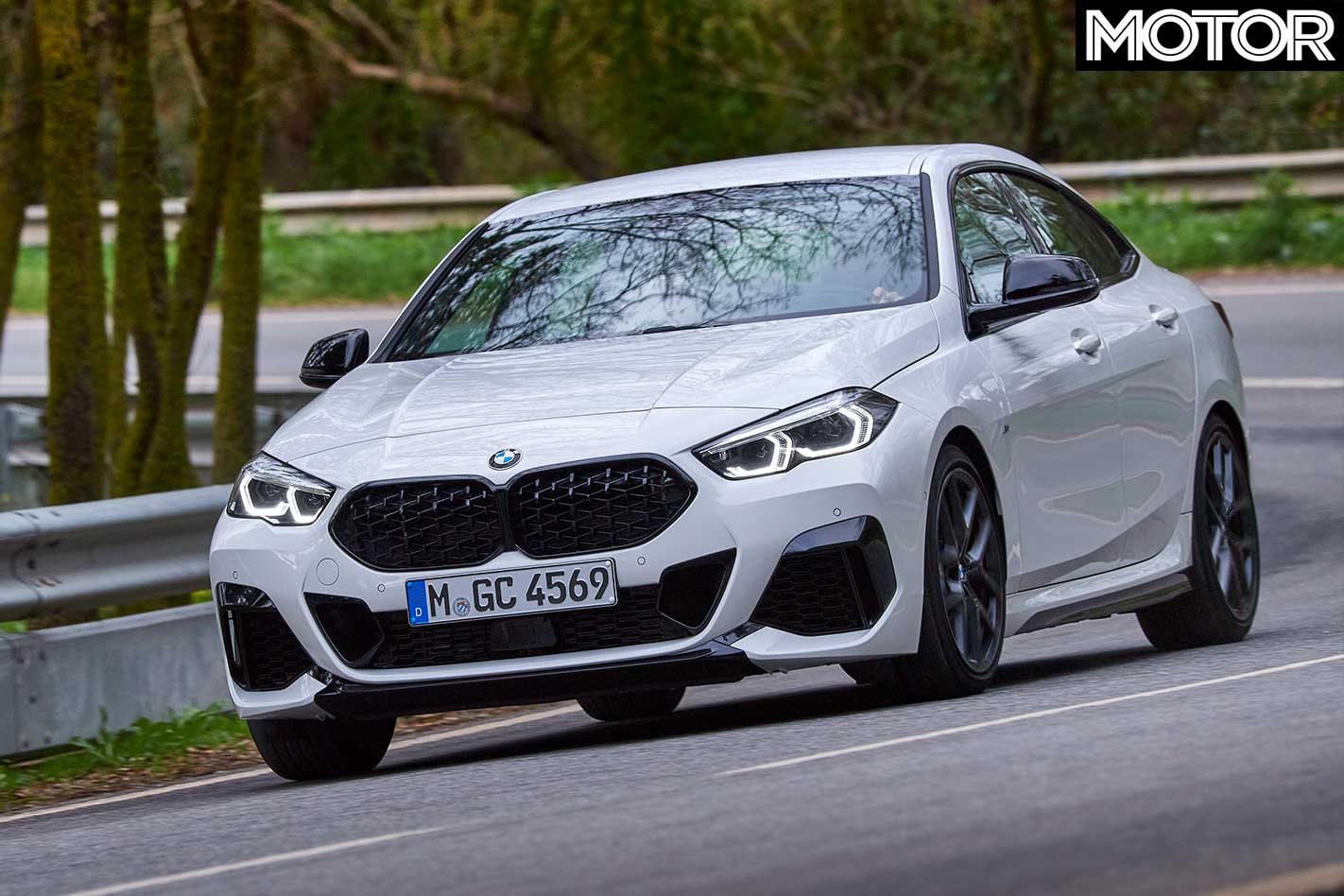 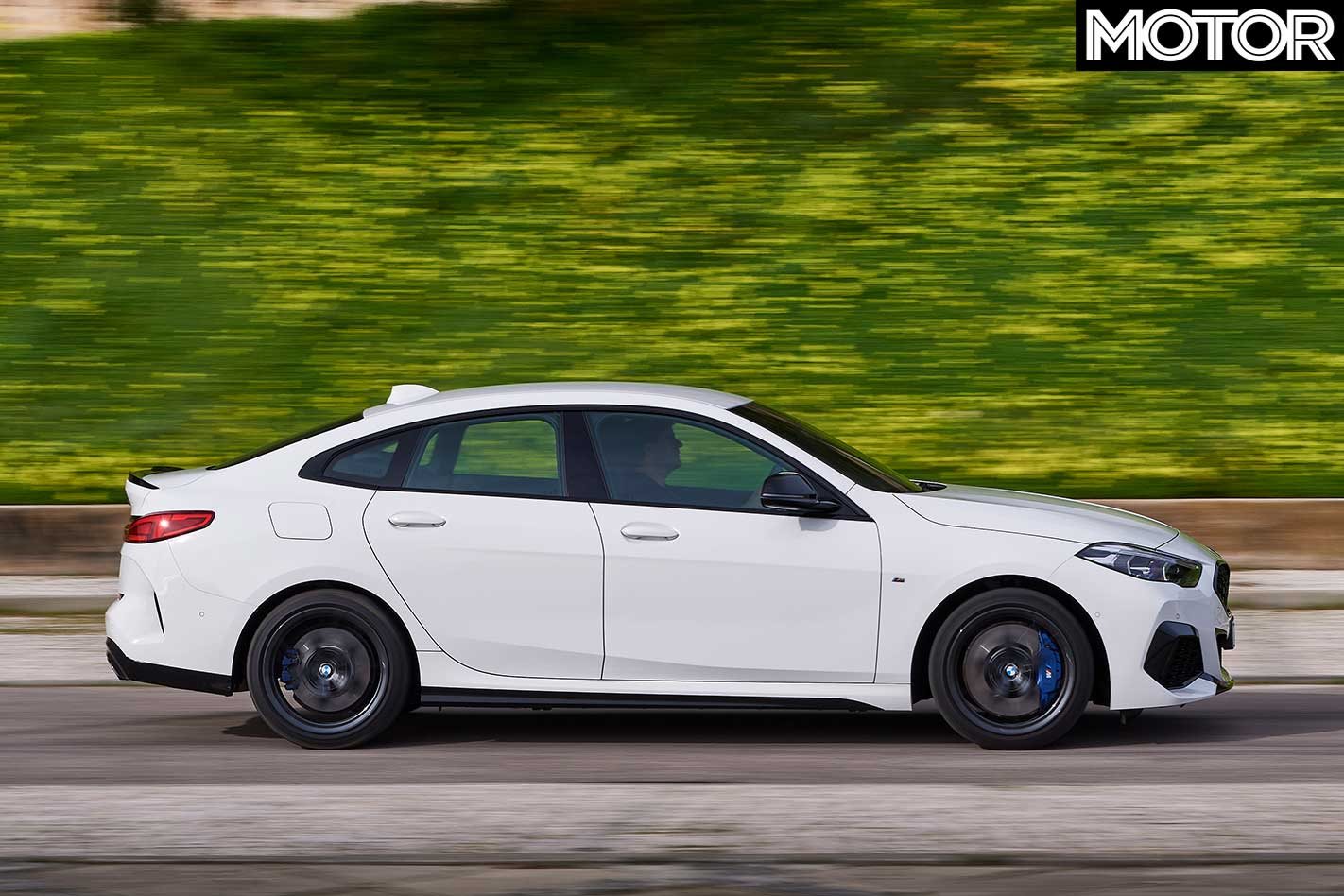 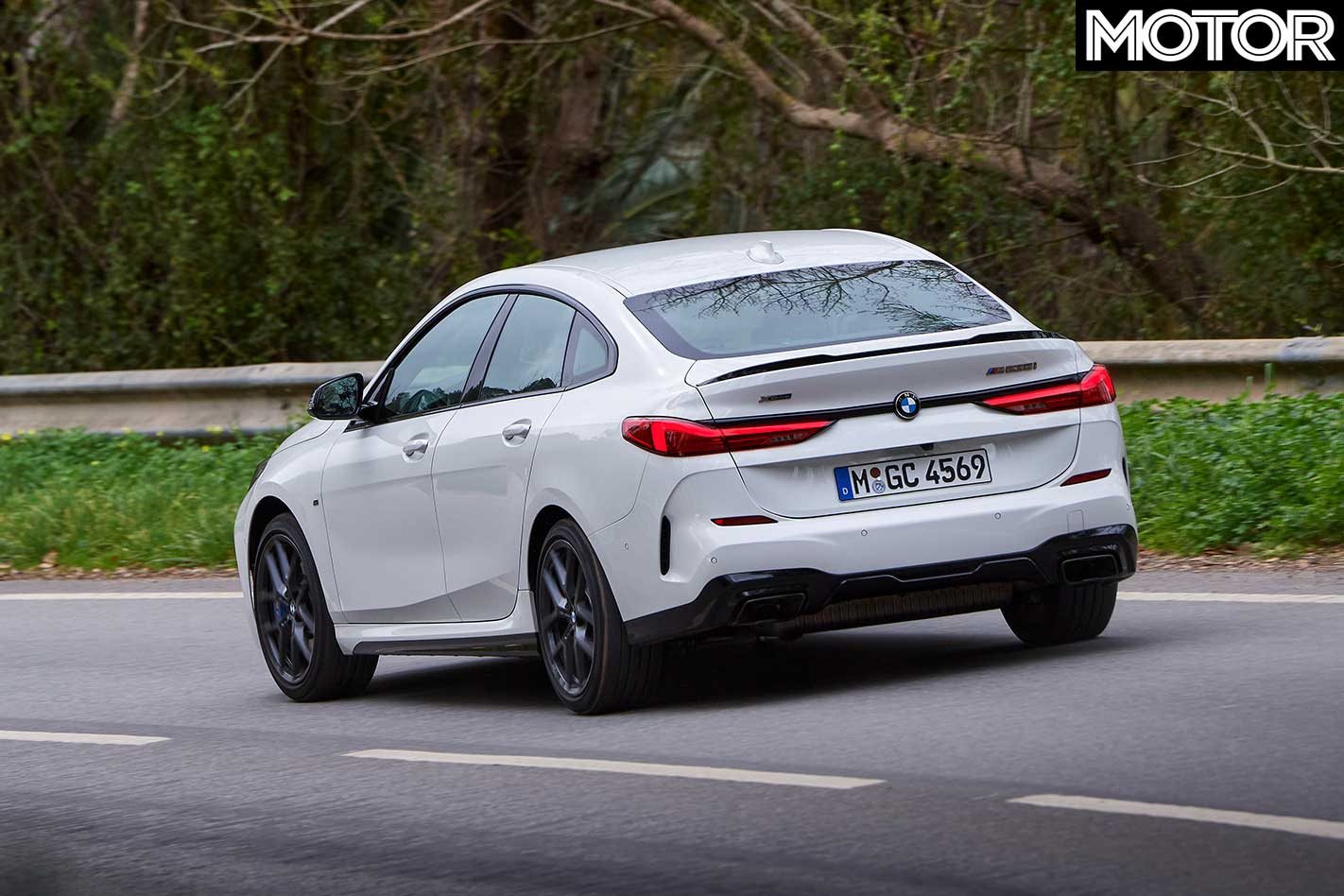 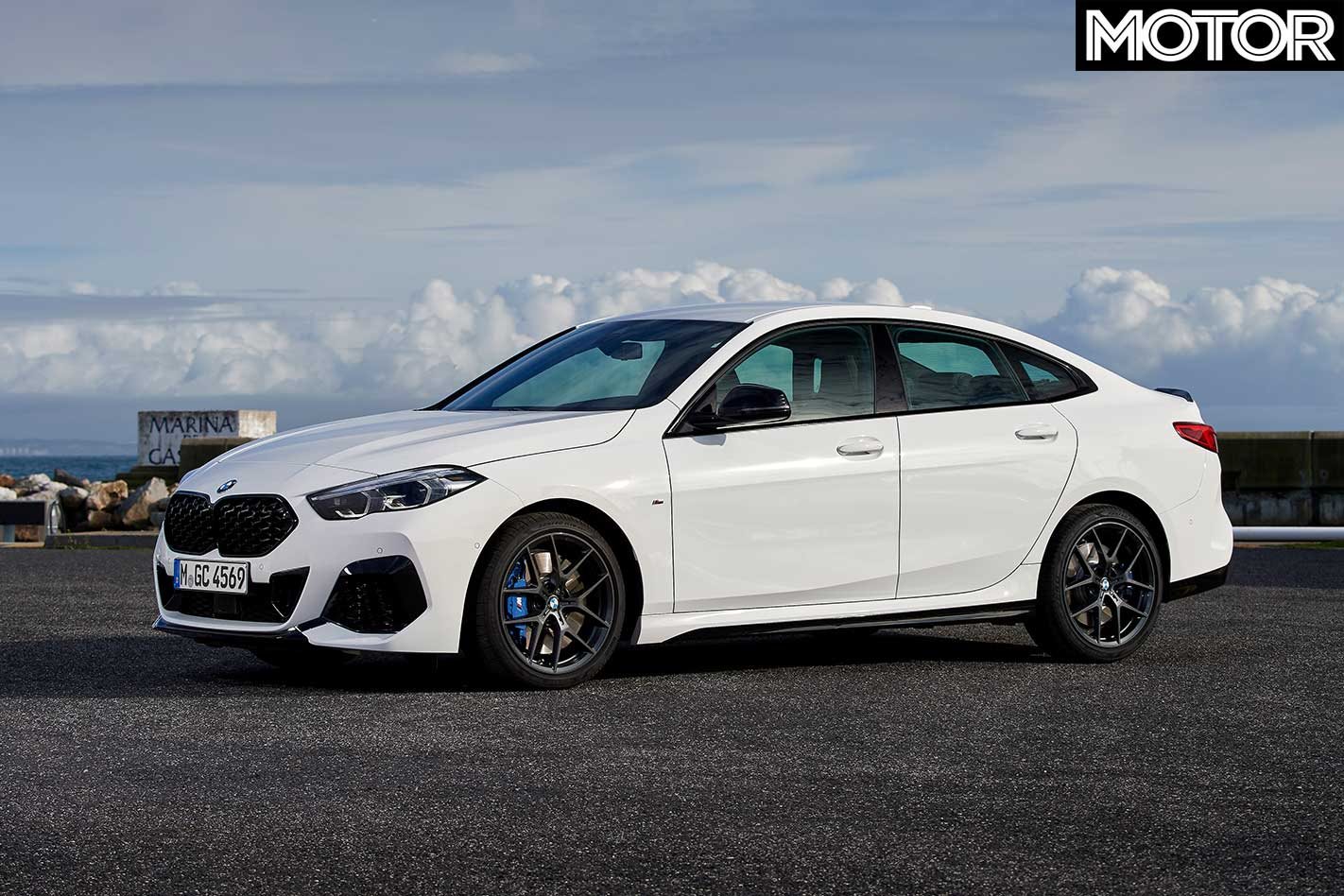 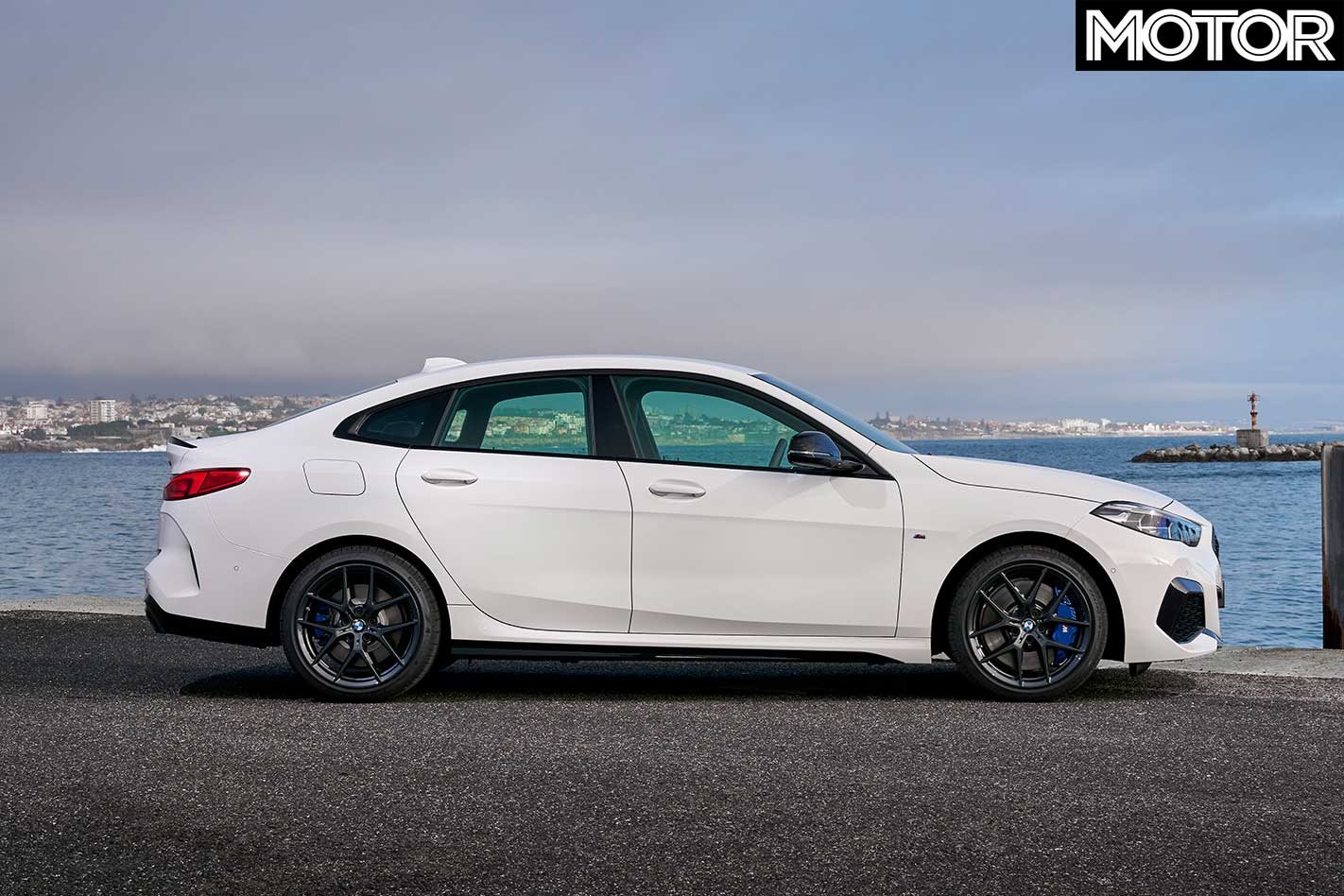 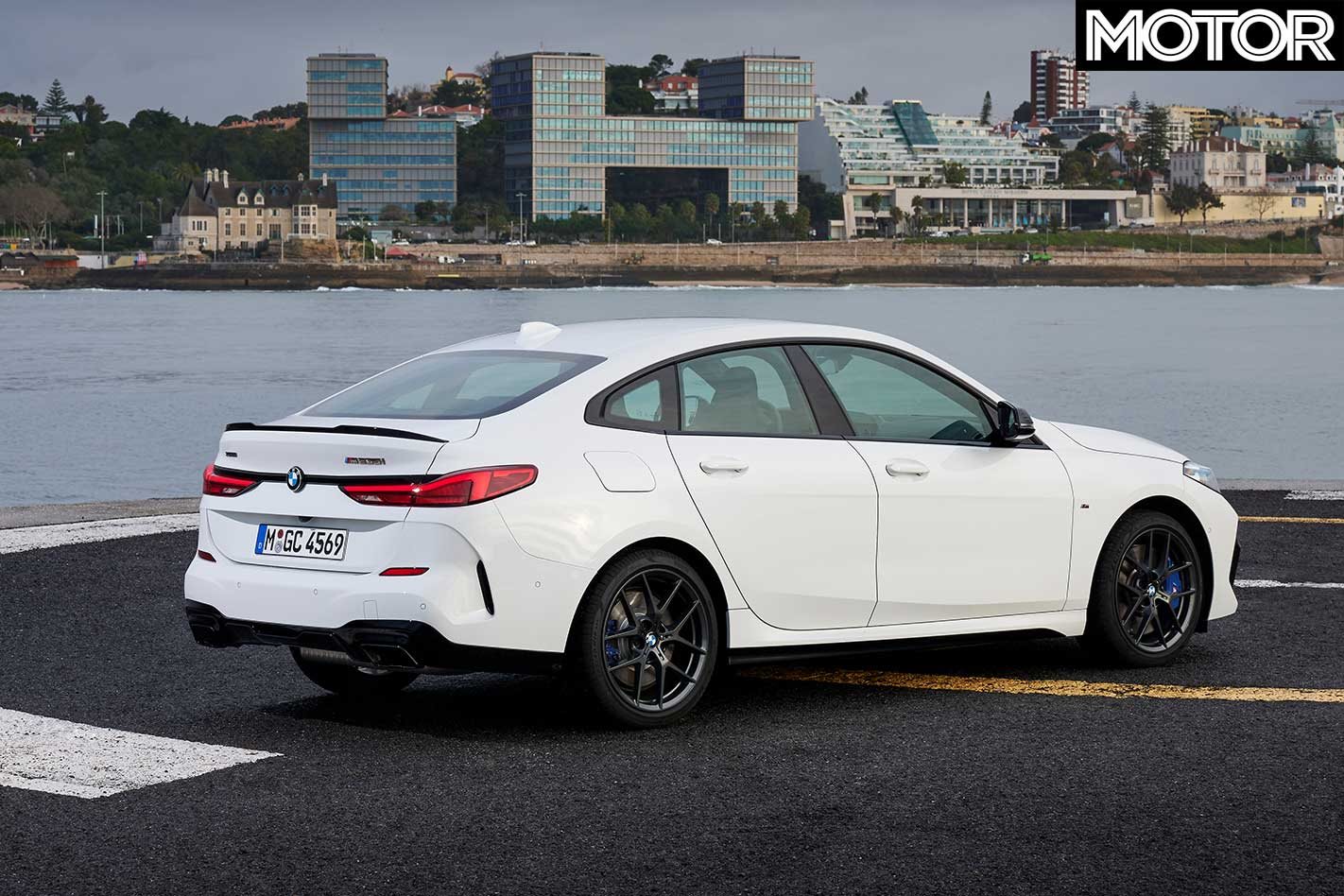 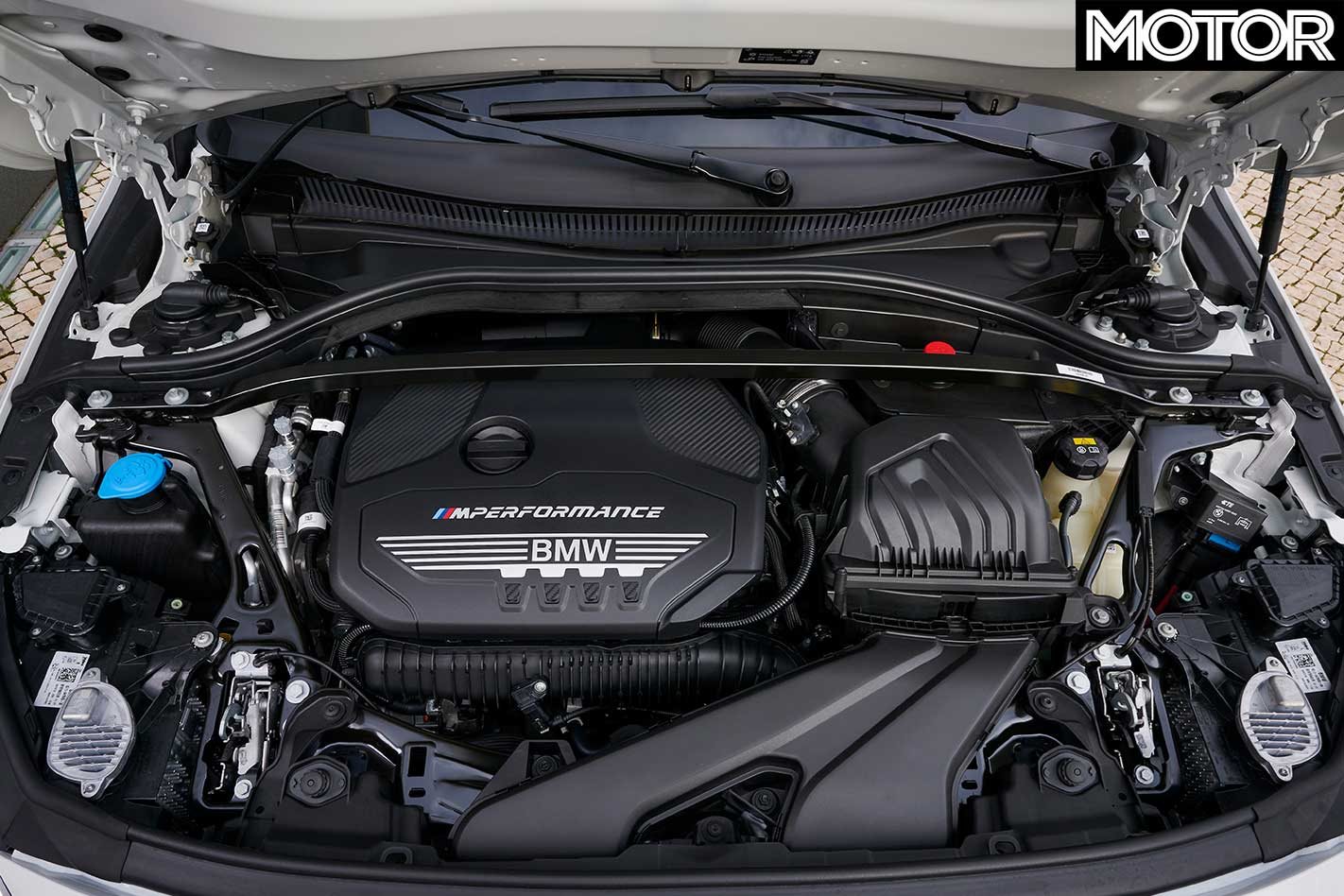 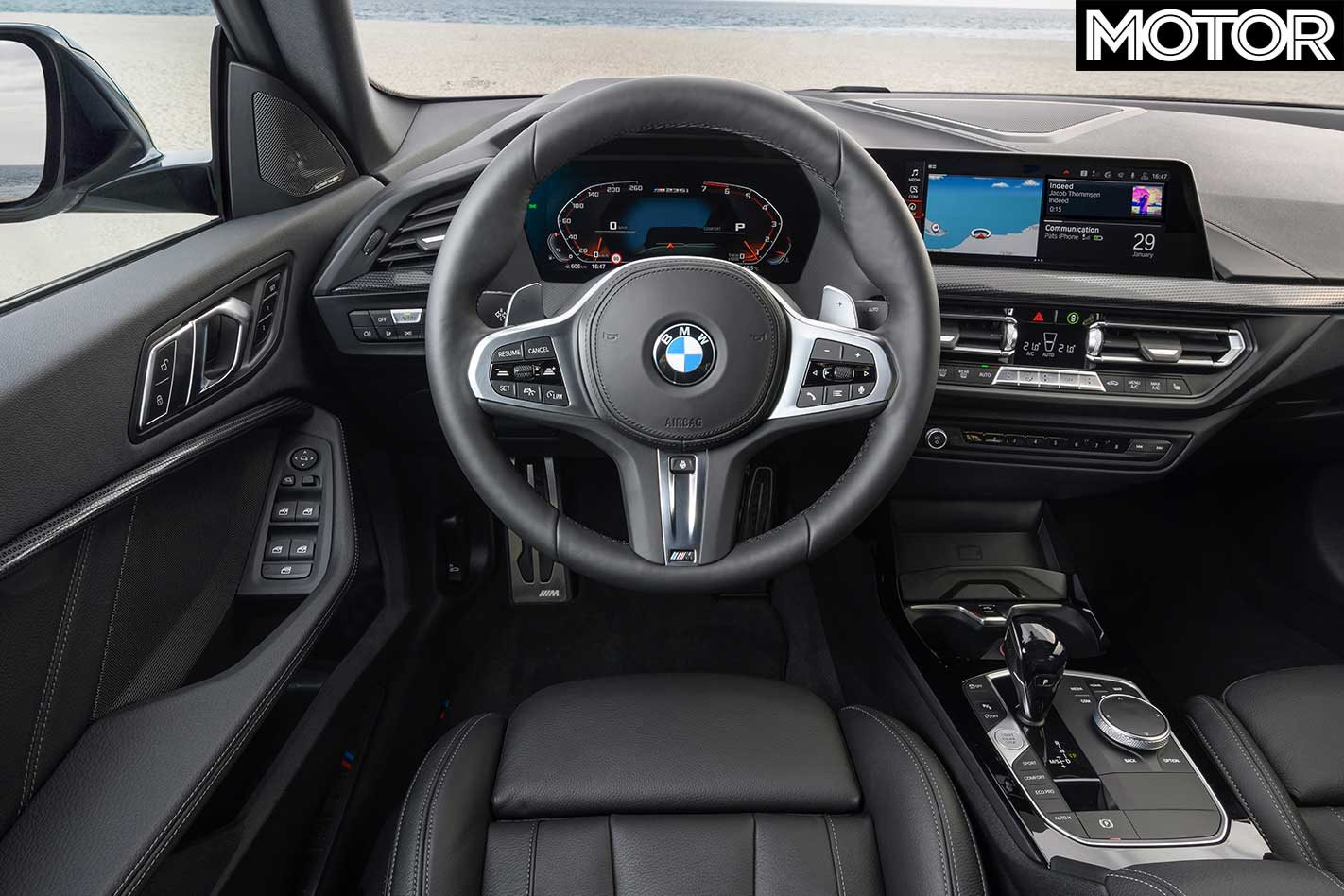 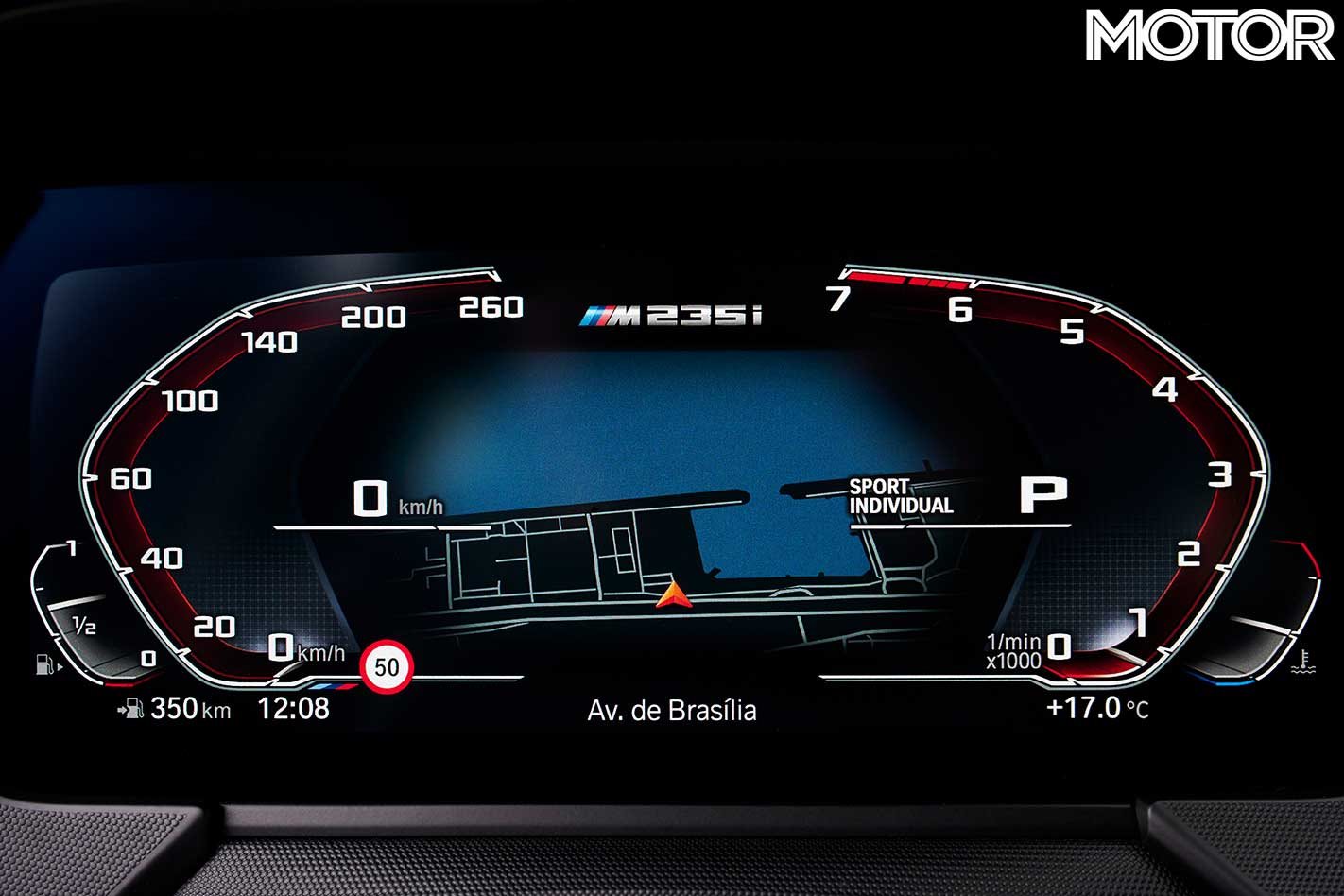 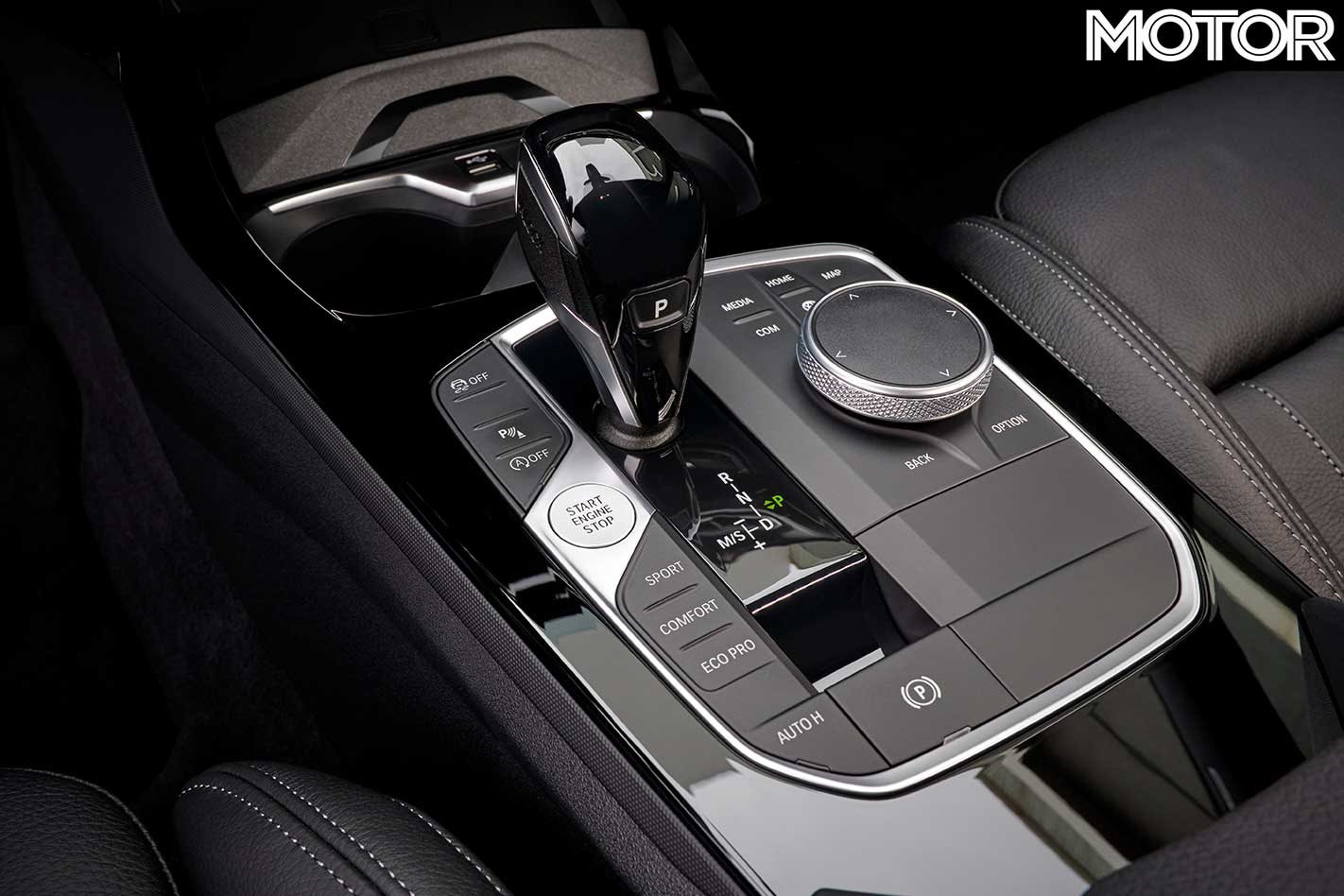 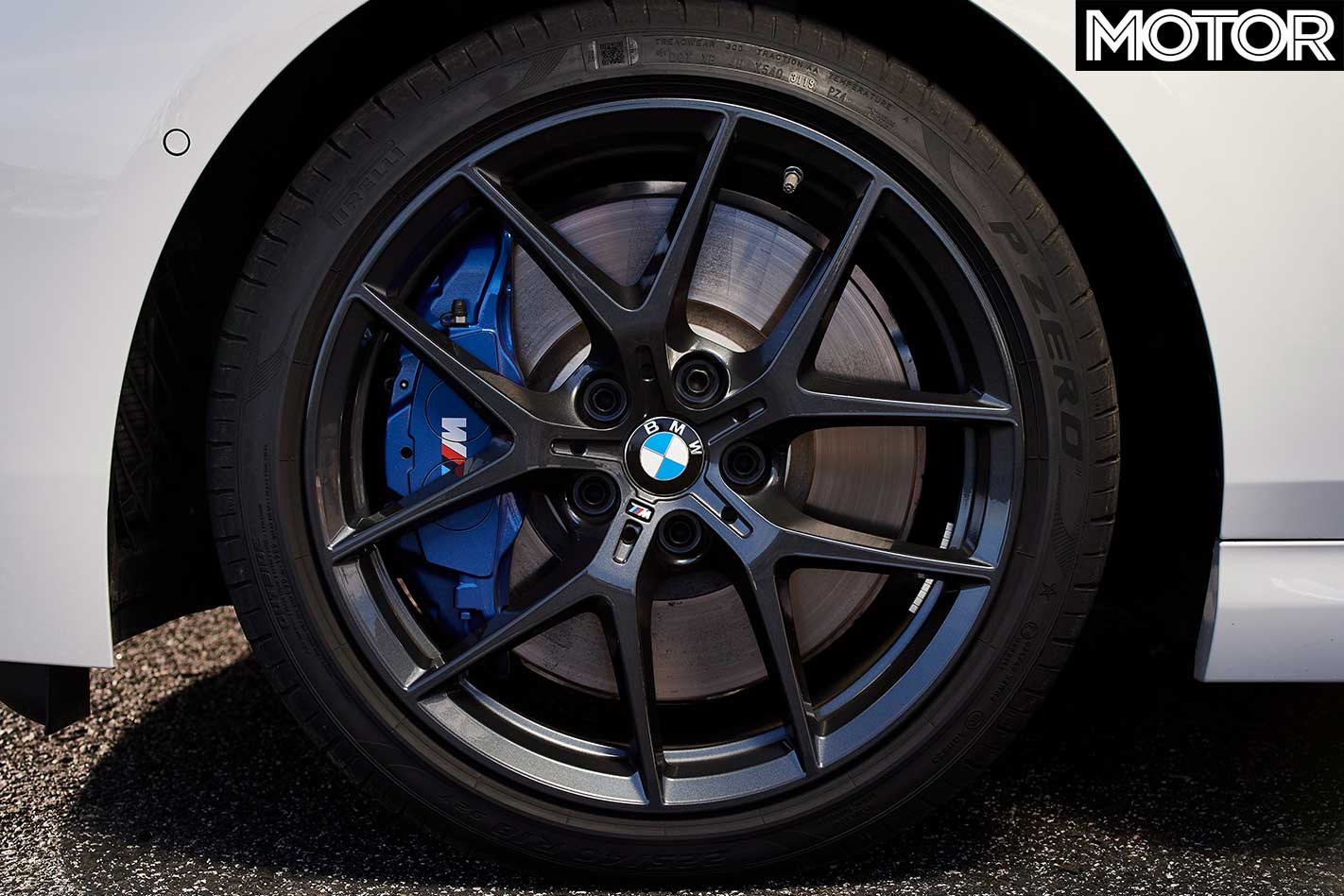 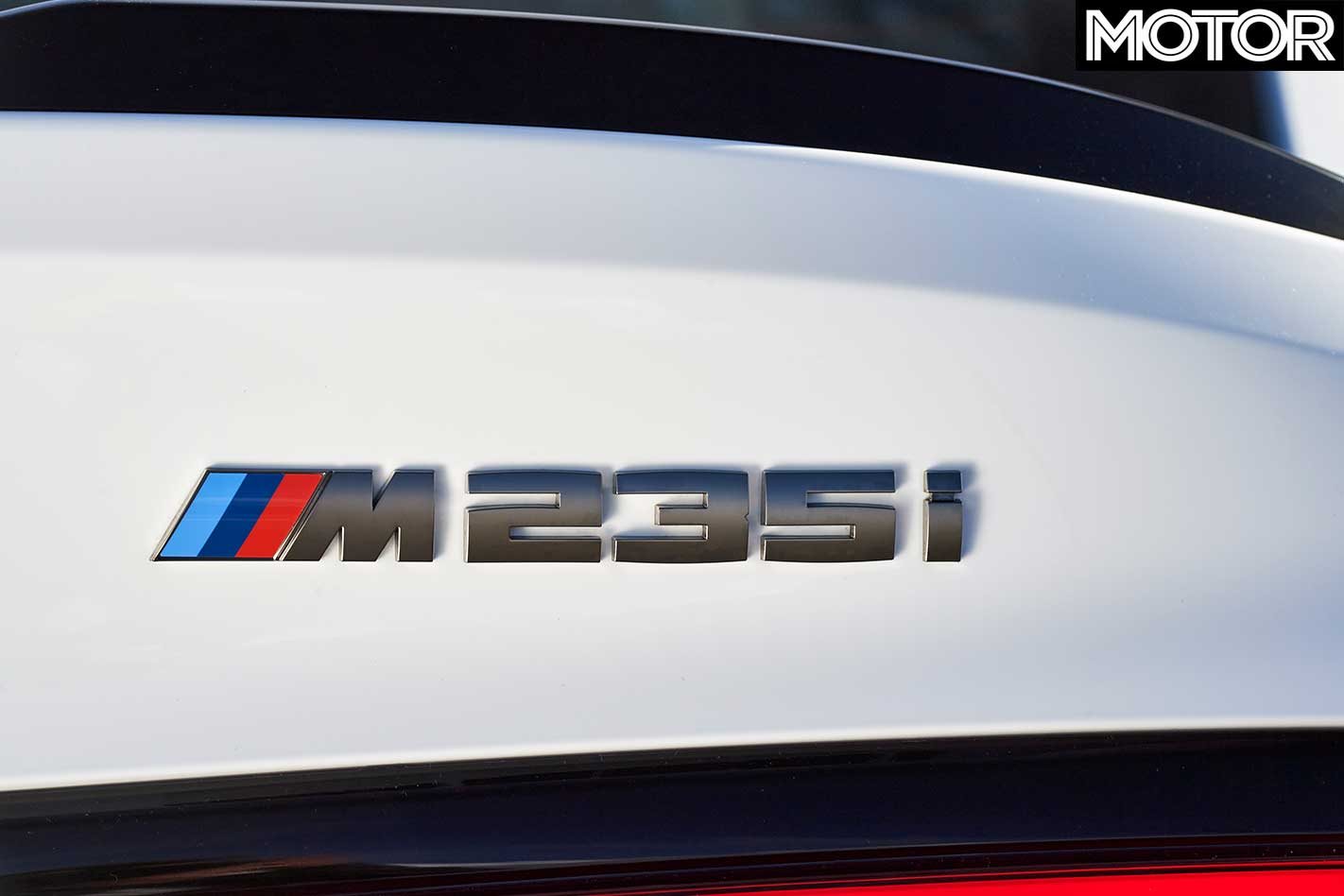