Opportunity knocked, but Nissan didn’t fully open the door. We find the Nissan Pathfinder, while smooth and likeable, falls short of the competition.

LAST time we tested (and slammed) the Pathfinder, Nissan had a conniption. ‘Surely it can’t be that bad’ went the general line of questioning, but the ST-L Hybrid was indeed an undisputed dunce. So kudos to Nissan for stumping up a base ST for this Megatest, knowing full well its US-made SUV was never going to be the darling of the group. More the plain-Jane, uncoordinated sister.

Yet there’s something about the base Pathy that cuts through its layers of mediocrity to make it almost likeable. For all the Nissan Pathfinder’s flaws, in comparison to Holden’s odious Captiva, it actually  feels plush, refined and inviting. 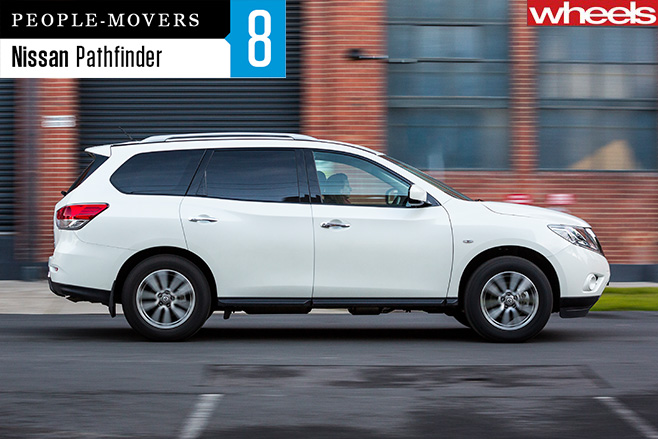 In fact, smoothness is something the Nissan excels at. From its generously padded front seats to its seamless CVT transmission and a proven V6 engine that continues its winning form, the Pathfinder is surprisingly effective as a mile-eater and family carry-all. Quick too, if you’re willing to nudge its gear lever into ‘L’ (for ‘Low’) and watch its tacho soar towards 6900rpm. Holden’s similarly powerful, yet lighter Captiva might out-rev the Pathy, but it hasn’t a hope in hell of matching the Nissan’s 4.9sec PB for 80-120km/h (5.2sec in Drive), or its real-world driveability. And practicality.

A clever ‘EZ Flex’ seating system allows the second row to effortlessly tilt and slide forward, even with an ISOFIX (not top-tether) baby seat in place, and it remembers its position when slid back. It’s hard to beat for rear-row access, making a quick pull-over and iPad snatch from a misbehaving brat a parenting breeze. Pity the set-up is still configured for left-hand drive, where flipping a single outboard centre seat means exiting onto the street. 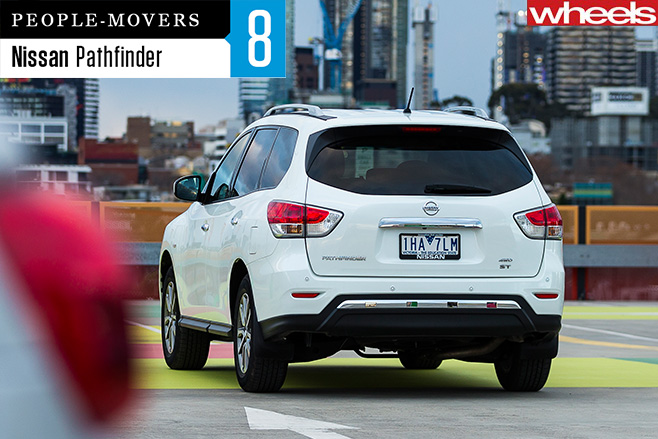 It’s the quality of the Pathfinder’s rear seating, however, that fails to realise the promise of its plush front chairs and seat-folding brilliance. All the legroom and theatre-style vision in the world can’t compensate for dead-flat cushions with minimal under-thigh support. And while we’re throwing shade at the Pathy’s interior, its dashboard is a confusing mess of unnecessary buttons and infuriating Bluetooth operation, little of which will improve in next year’s update (see sidebar).

The Pathfinder ST is never going to be a driver’s car, with anaesthetised, yet kickback-prone steering unable to deliver any connection either side of straight ahead, though its all-wheel-drive system channels its syrupy grunt with conviction, and good-quality Continental tyres go a long way towards compensating for its soggy chassis. 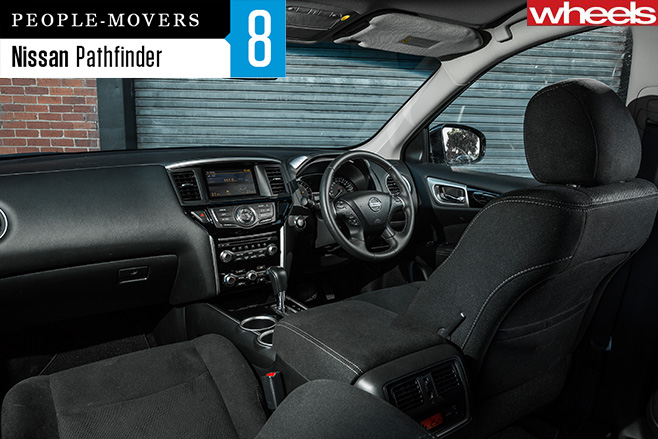 Indeed, on country back roads, the Pathfinder is more soothing than the fidgety Captiva and Kluger, to the point where its suspension sogginess isn’t such an issue. But if you start to explore the envelope of its roadholding, the Nissan’s over-zealous ESC system gets all preachy and tries to keep a lid on any enthusiasm, acting like a Band Aid flag-waver for its lack of development polish. There’s a capable chassis underneath the Pathfinder, waiting to be realised, and in combination with better steering, sharper styling and other tweaks, it could be transformed.

But in aiming to satisfy Middle America, rather than aiming to challenge the class-best, not to mention premium-brand SUVs – as is the case with the Kia Sorento and Mazda CX-9 – the monocoque-bodied Pathfinder continues to feel like an opportunity missed. 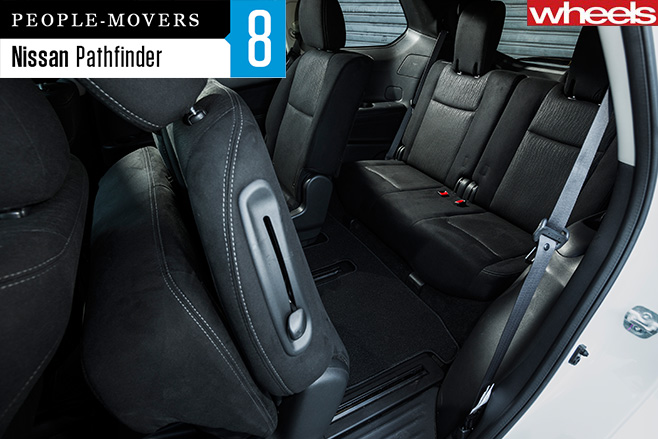 NISSAN’S updated Pathfinder – due here in the first half of 2017 – should address many of the problems of this fourth-generation model, starting with the steering. An 11-percent-quicker rack and “improved cornering feel” will combine with an extensively revised suspension tune (firmer spring and damper rates, new rebound springs in the front struts) to hopefully lessen the vague sogginess that makes the current monocoque Pathfinder feel like it still has a separate chassis. Fresh front styling gives the MY17 model a much sharper look, and it’ll also boast up-to-date driver-assistance and multimedia tech. But the confusing, button-heavy control layout will remain unchanged. 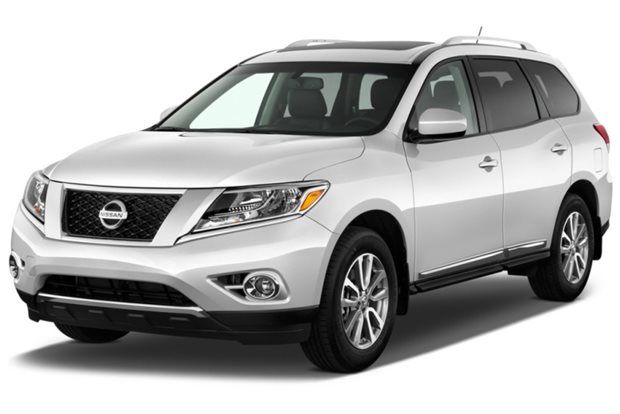 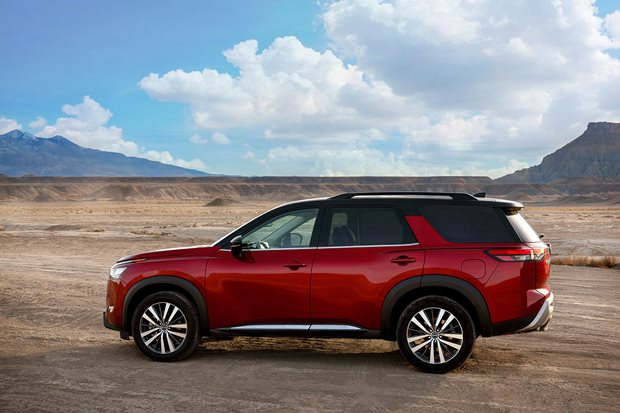 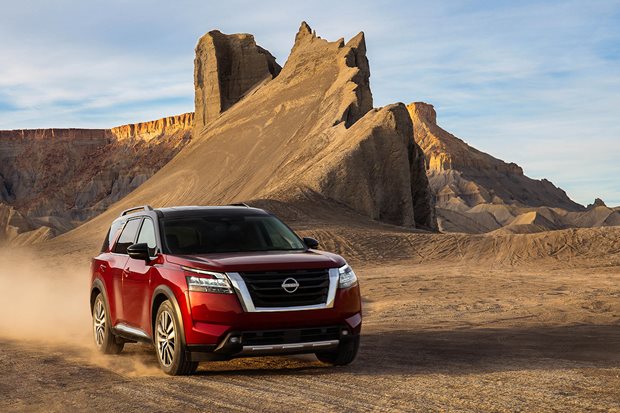