Welcome to the new dawn at Ferrari. Having flown the naturally-aspirated flag for as long as possible, eventually even the most sacred of sports car makers has had to bow to regulatory pressures and turn to turbos.

Our initial taste of Ferrari’s forced induction future, the California T, proved promising, however the addition of a pair of air compressors to Maranello’s new super sports car, the 458-replacing 488 GTB, is a much bigger deal.

Any slight hesitation in power delivery, something that would be almost a non-issue in a GT car, will be a fatal flaw in a machine that has driver involvement as its raison d’être. Still, two of the finest tracks on Ferrari’s Greatest Hits album, the 288 GTO and iconic F40, have been powered by boosted V8s, and with F1 once again a turbo formula, there’s the opportunity for technology to transfer directly from the racetrack to the road. 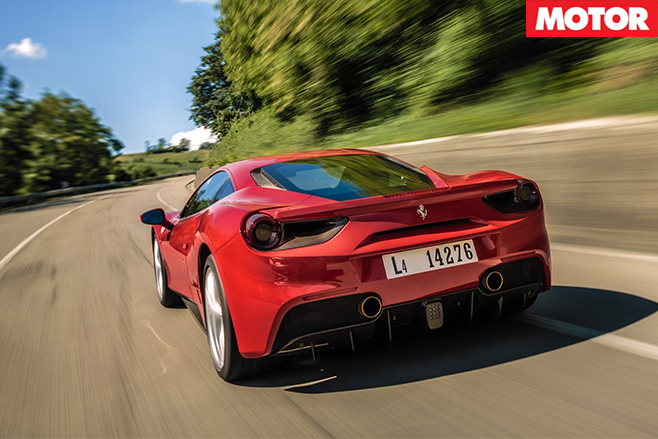 However, in quiet moments, Ferrari engineers admit that forced induction wouldn’t have been on the agenda had it not been forced upon them, but having no choice in the matter, they’ve clearly decided to make the most of the situation.

The new 488 GTB’s 4.0-litre V8 has sacrificed half a litre of engine capacity compared to the outgoing 458’s naturally-aspirated unit, but two turbos have sent outputs into the stratosphere.

Compare the 445kW/540Nm produced by the wild 458 Speciale to the 488’s 492kW/760Nm. And while the new turbo engine is unable to match the atmo’s dizzying 9000rpm redline, it still develops peak power at 8000rpm while maximum torque is on tap from just 3000rpm. Unsurprisingly, given the associated plumbing adds just 10kg to the 458’s 1465kg, performance also lifts to a whole new level. 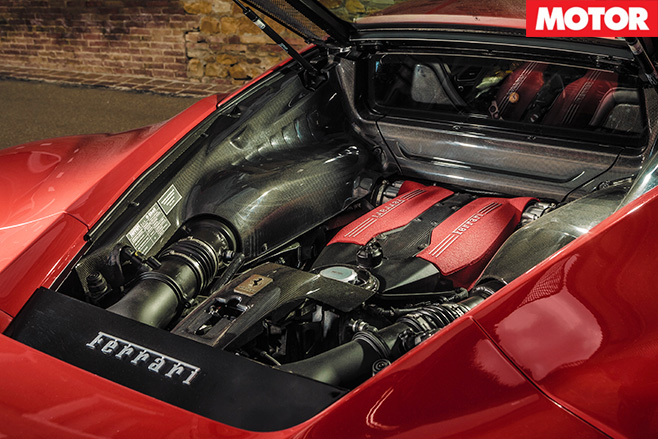 The 0-100km/h sprint is down 0.4sec to a meagre three seconds dead, while top speed lifts to “over 330km/h”. Most astounding of all is the 488’s 0-200km/h time, the truest 21st century indicator of performance, particularly for cars hamstrung by remaining two-wheel drive. At 8.3sec, Maranello’s new weapon destroys its predecessor by a staggering 2.1sec. This is performance in a different league.

Still, while it’s all change under the bonnet – or bootlid in this case – some things, like the Ferrari launch schedule, never change. Our initial exposure to the 488 is to take place at Fiorano, under the guidance of 34-year-old Raffaele de Simone, Ferrari’s friendly and super-talented chief test driver.

A protégé of the legendary Dario Benuzzi, de Simone is responsible for ensuring that each new Ferrari not only has segment-leading performance, but that that performance is accessible to the average Ferrari owner – no easy feat when the new 488 is capable of lapping Fiorano in 1min23sec, half a second quicker than the 458 Speciale and, staggeringly, almost two seconds faster than the Enzo. 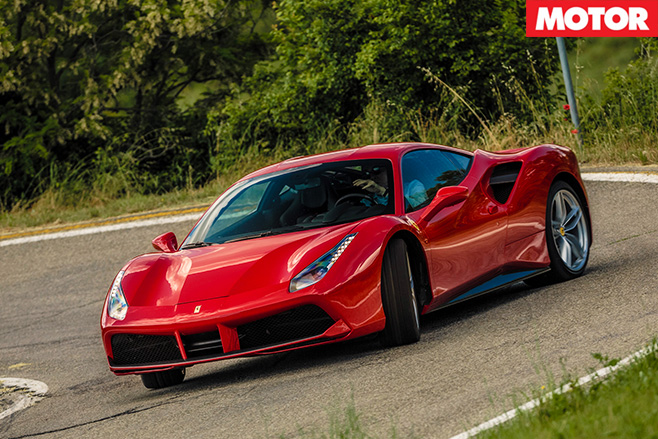 Key to this tremendous ability is, as with all new Ferraris, the masterful integration and calibration of electronic systems. Those sufficiently confident in their own abilities can, of course, fly solo, but such is the level of expression permitted by the second-generation Side Slip Control that only the most committed of drifters will feel the need to switch the systems off.

SSC is now also able to adjust the dampers to subtly alter the 488’s weight shift and keep the car teetering on the edge of adhesion, all the while making the driver feel that pole position on an F1 grid is easily within their grasp.

Ingesting a maximum 1.5bar (21psi) of boost, the 4.0-litre V8 revs with such vigour and eagerness that the LED shift lights atop the steering wheel are rarely unlit. Fears of lethargic throttle response are unfounded – Ferrari claims the response time at 2000rpm in third gear is 0.8sec – an undetectable 0.1sec slower than the Speciale – thanks to the turbos housing titanium-aluminium alloy compressor wheels mounted on ball-bearing shafts. 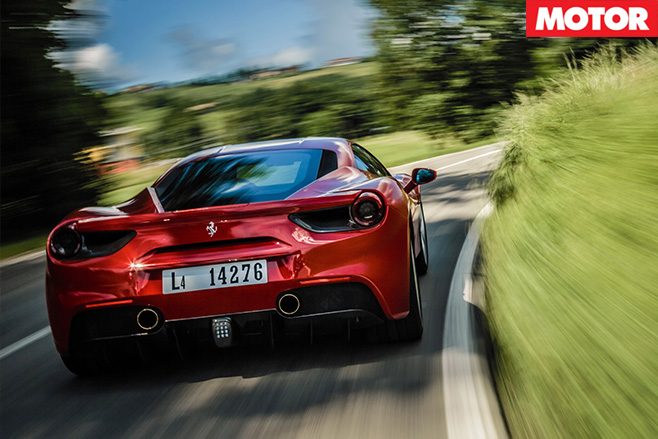 To aid traction and allow the use of shorter, acceleration-enhancing gear ratios, each individual gear has its own torque map, the full 760Nm only available in seventh. It’s an unusual but perfectly effective strategy, mimicking the performance crescendo of a naturally-aspirated engine but with always enough urge on tap to evaporate the 305/30 rear Michelin Pilot Super Sports at will.

Weight may have crept up a token 10kg to 1475kg, but the 488 feels more agile, manoeuvrable and light-footed than its predecessor, though the now-traditional super light, ultra-fast Ferrari steering makes it easy to overdrive the car by turning in too early or using exaggerated inputs.

The trick is to simply trust the car, to keep it on a reasonably long leash and let it sort itself out. You can brake hilariously late yet get back on the throttle eerily early, but maintaining a smooth line is essential. 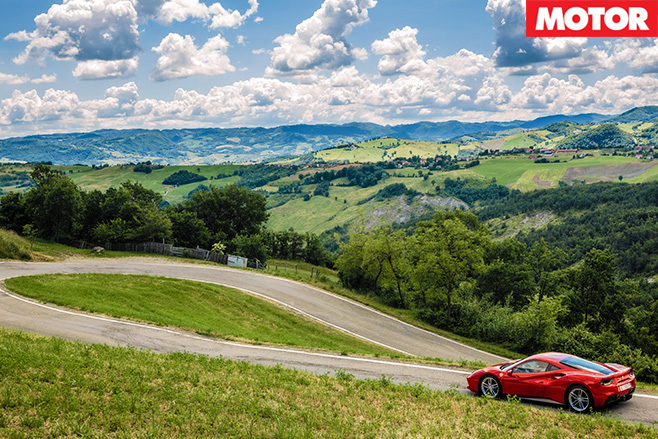 With the track time over and our bellies full of traditional Italian cuisine, we’re heading for the lush green hills not far from Maranello and the road that links Pavullo and Vignola, made famous by a thousand photo shoots and now frequently a YouTube star as well.

The combination of many hot summers and cold winters – not to mention the occasional earthquake – has left this tarmac badly scarred, with crater-deep potholes that could swallow a Vespa, broken pavement and puffy undulations.

It’s a tough test for any car, let alone a ground-hugging, low-flying supercar, but it’s one the 488 GTB must pass, for the majority of owners will spend far more time traversing the occasionally uncomfortable streets of Los Angeles, Sydney and London than they will hot-lapping perfectly manicured racetracks. 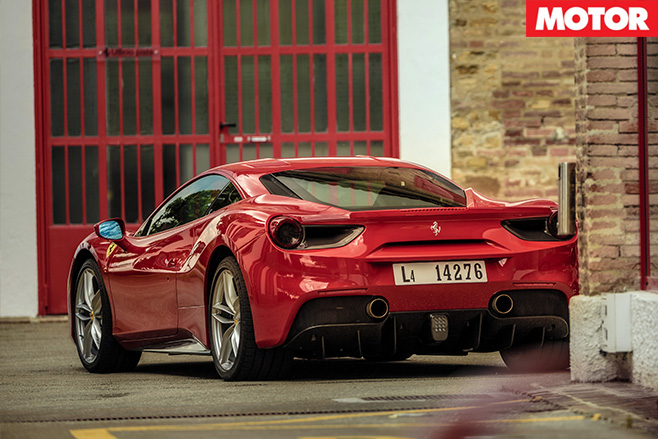 If anything, this new Ferrari is even more impressive out in the real world. One press of the ‘bumpy road’ button on the steering wheel, introduced in the 430 Scuderia at the behest of Michael Schumacher, so the story goes, decouples the dampers from the manettino setting, allowing the powertrain to be set to its sharpest setting while retaining full suspension compliance.

It works wonders, particularly on this third-rate stretch of Italian back road, with no bottoming out or nervous sidesteps. It’s a confidence-inspiring setup, always connected and communicative, never feeling wayward.

On the road, the 488 is a latent threat to your driving licence thanks to the velocities it can achieve in the blink of an eye. Thankfully, the tireless Brembo carbon ceramic brakes, lifted from the LaFerrari, are able to shed giant chunks of speed with tireless efficiency.

Hold the left-hand gearshift paddle while doing so and the seven-speed dual-clutch will fire in downshifts as soon as mechanically able, swapping ratios effectively instantly with a perfectly timed flare of revs. 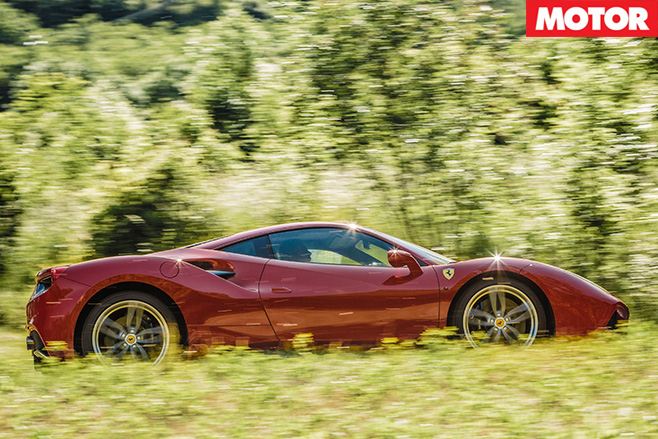 Oh yes, the noise. Has the arrival of noise-suppressing turbos created a Prancing Horse without voice? Hardly. In truth, since the arrival of the flat-plane V8, Ferraris have never been particularly musical, lacking the operatic range of a V10 or brutal thunder of a more traditional bent-eight. The 488 continues this tradition, sounding very similar to the outgoing 458 in volume and timbre, albeit a little smoother and more refined.

Although it raises the high-tech bar by one full notch, Ferrari’s latest brainchild follows a relatively economical and straightforward engineering concept and the result is a more accessible, better balanced and absolutely confidence-inspiring car. There is no need for the exotic construction, rear-wheel steering or all-wheel drive favoured by some of Ferrari’s rivals, just engineering of the highest order.

Responsible for this mechanical wizardry are folks such as Vittorio Dini, who’s been able to turn the California T’s grand-touring-focused engine into a proper sports car masterpiece, and Enrico Cardile, whose aerodynamic mastery works wonders for speed and stability without resorting to in-your-face wings that would compromise weight and drag, as well as beauty. 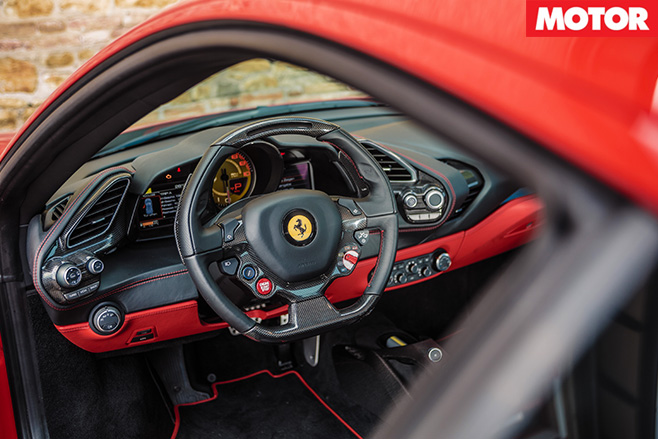 And speaking of beauty, kudos must go to Flavio Manzoni’s design, which makes what is essentially a facelifted 458 look like an entirely new car. It’s a relatively simple design, devoid of unnecessary ornamentation, spoiled only by the gaping intakes in the rear haunches, a necessary evil to feed the boosted engine the enormous quantities of air it needs.

As the afternoon draws to a close, attention turns to more prosaic matters. Practicality may not be front of mind for most potential Ferrari buyers, but it is no coincidence that sales have exploded in the 20 years since former boss Luca di Montezemolo decreed that Ferraris must be useable everyday.

The 488 takes a further step forward, incorporating keyless entry-and-go for the first time. Italian ergonomics are also a thing of the past, with comfortable standard seats, all major controls located at your fingertips and good vision. Only the lack of a head-up display and sat-nav that dates back to when Michael Schumacher was top dog at Maranello stand out as needing improvement. 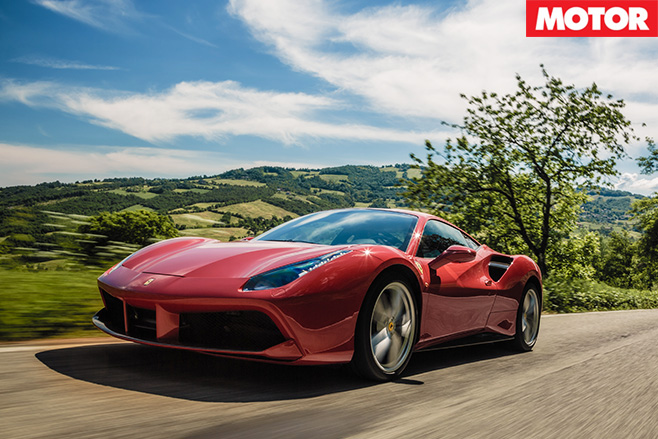 Perhaps it is time to rethink our perception of Ferrari. Noisy, uncompromising, capricious – these familiar attributes no longer apply. The 458 was the last old-school mid-engined two-seater built in the holy halls of Modena, and we’ll miss its extreme nature and its ability to fuse itself directly to the driver’s nervous system.

The 488 GTB is the first new-school model, more sensible, homogenous and comfortable. But while it may be a slightly less emotional driving machine, it is undeniably the faster and more complete car. However, for those addicted to the old-school thrills, remember that there is still the 488 Spyder and Speciale still to come. 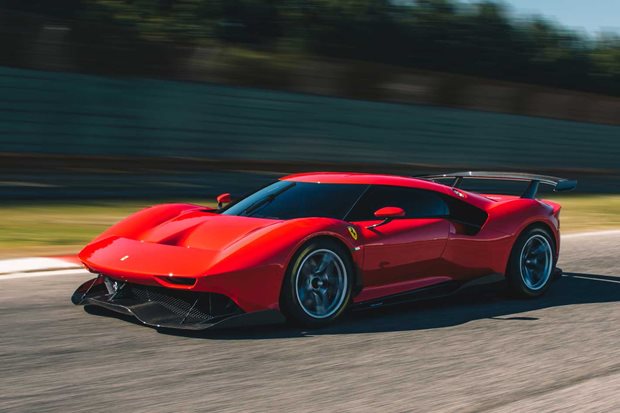 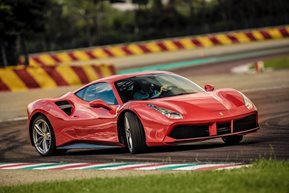