Quite how HSV will offer the new Chevrolet Camaro ZL1 1LE remains to be decided and confirmed but, whether it’s as an off-the shelf production model or aftermarket retrofit pack, this monstrous, track honed weapon will be a local fixture soon.

Taking the ZL1 as its basis, the 1LE is a lighter, sharper and more aggressive iteration of the already fast and accomplished Camaro, but while ZL1 and its SS sibling are happy to do a little multi-purposing, this latest version is most at home on the circuit. 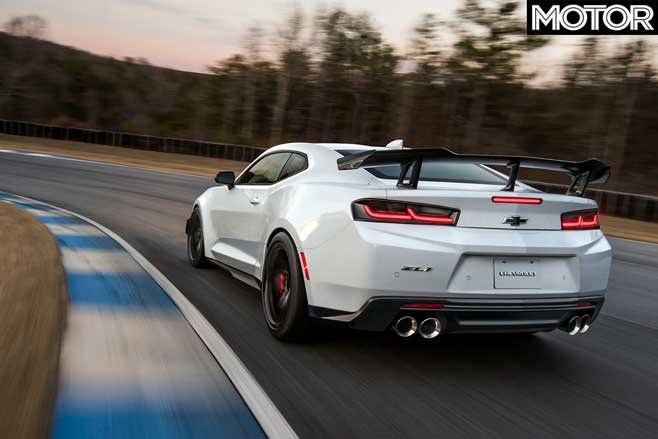 The circuit in question for our first sample of this highly focused muscle car is Sandown Raceway in Melbourne’s east. When I say I have great respect for Sandown, what I mean is that it scares the living bejeezus out of me.

Right where you want lovely, friendly gravel traps to catch you after an unexpected deficit in car control skill, there are ugly, foreboding walls, sudden abrupt corners arrive after long rev-wringing straights, and it’s one of the few tracks that can brag a carpark that is in better condition than the actual track surface.

As a venue to test a 477kW, rear-wheel drive, circuit-prepped coupe for the first time, it’s about as intimidating as a premenstrual Putin.

A couple of tyre warming laps confirms this new version is every bit as quick as the ZL1 with its 881Nm of torque available almost telepathically quick to find its way from the 6.2-litre supercharged V8, and it possesses straight line pace good enough for an 11.2-second quarter-mile.

But this American monster is all about the bends and it doesn’t take long to realise the combination of adjustable Multimatic suspension, Goodyear Eagle F1 SuperCar 3R tyres, and full-fat downforce has boosted cornering speed by a notable degree. 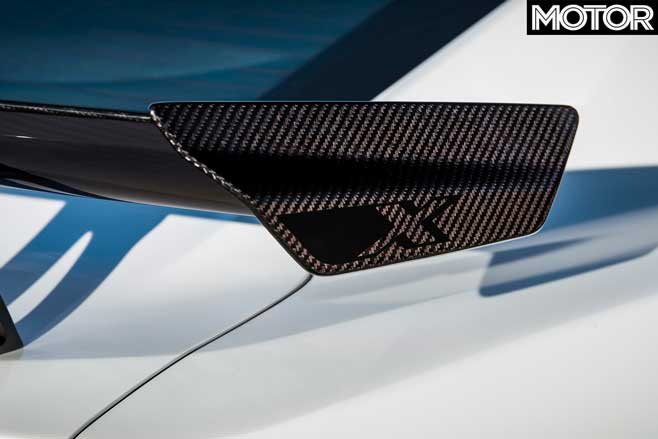 There isn’t a single tyre that can fully tame the LT4’s tail but the super-sticky Eagle F1s do a bloody good job trying and, with a gentle toe, the Camaro is superbly balanced through corners. Rather than stomping the loud pedal on the exit and letting the Chevy yaw wide, it’s far more satisfying to brake deep into the apex and exit with a gentle four-wheel slide.

It might be packing Araldite at each corner but the 1LE is predictable and progressive in its grip levels and, with a few laps to understand its personality, the Camaro becomes approachable and friendly. There’s a heap of feel from the front end, as much through the seat from the back. A letterbox glasshouse completes the sense of immersion and maintains your focus high and forward.

As part of the transformation, the 1LE has also lost 20kg in sound deadening, which lets you know how a standard ZL1 would feel if you kept your New Year resolution and went to the gym more than once. It combines with a noisier exhaust for a wonderful report.

And then there’s the look. Next to this black-winged demon the ‘standard’ Camaro seems benign by comparison, but those carbon fibre fins and panels are not just for show. 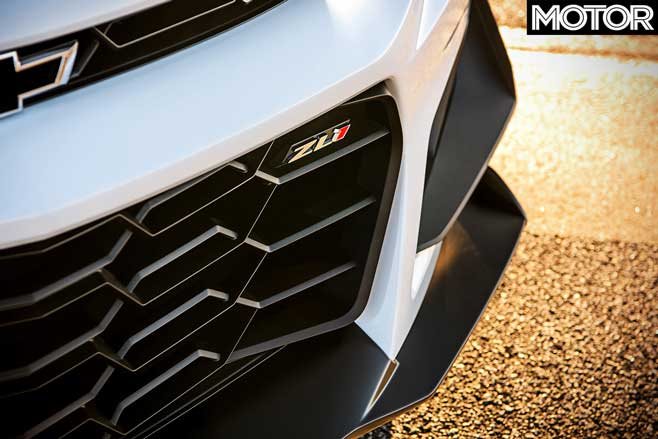 With an extra few kilos of downforce, Sandown’s faster corners can be tackled with aggression including turn-six, which needs only a light brake from otherwise eye-widening speed. Initial doubt turns to relief, turns to elation, and the stiff but positive suspension tune allows the next kerbs to be straight-lined with confidence.

With extra mass bearing down on the fins over the front wheels and incredible tyres, the Camaro turns in with a positivity and obedience that no Mustang can match, adding to the surprising manners and grace.

However, a carefully refined chassis can’t smooth Sandown’s choppy surface. On slower laps, the nose bucks and trips over the worst sections of punishing tarmac, but at speed, the added downforce exacerbates the characteristic and the bonnet slams like a catamaran in a gale.

Don’t let the caliper decals fool you, the braking system is unchanged, although it feels improved once again thanks to the combination of less weight, better tyres, and more air forcing down on them. 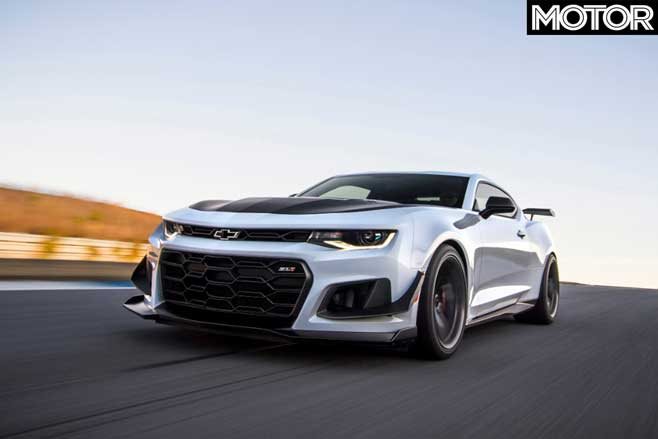 Plot the correct course through the maze of imperfections and the 1LE is wickedly quick. On a track like Phillip Island, where the blacktop is beautifully groomed and the long fast corners allow the full exploitation of all that aero, I’m certain the Camaro 1LE would shine even brighter.

In standard trim, the ZL1 is a wonderfully addictive machine, but it’s a larrikin that goes out four nights a week and you expect it to light up its tyres and shout a lot like a Gold Coast schoolie. Administered with a course of 1LE medication however, and it’s like its parents have given it a career chat.

It’s a serious fettling that adds definite athleticism without having to boost its mighty engine output and the whole package is surprisingly un-American. I never thought I would experience a Camaro (or any American muscle car for that matter) that exercised restraint and panache, but that’s exactly what the 1LE does.

There was no photography carried out at Sandown, images used are of the US-market Camaro ZL1 1LE. 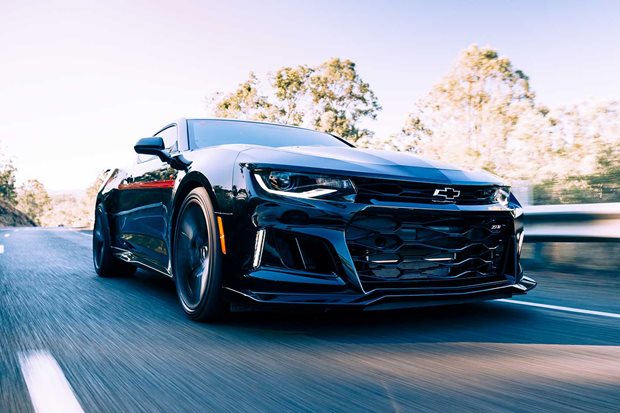 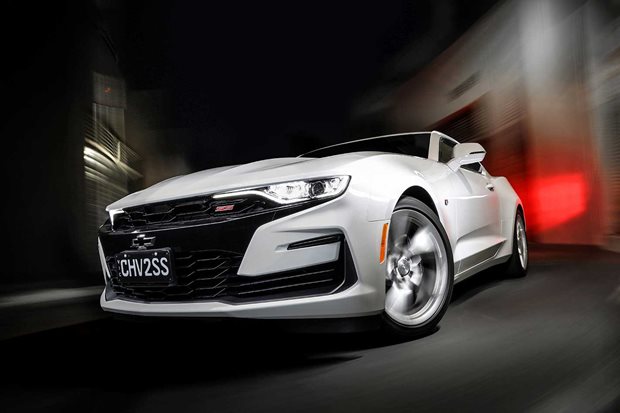