THE JEEP JL Wrangler is one of the most fit-for-purpose off-roaders currently in showrooms. You can pick one up and be carving off-road tracks on the same day, thanks to its rugged design, Rock-Trac 4x4 system, disconnecting front sway bar, locking diffs (front and rear), heavy-duty axles (front and rear), and 32-inch BFGoodrich rubber as standard.

We’ve snaffled a diesel-powered 2019 JL Wrangler Rubicon; the one with the all-new (for Wrangler) 2.2-litre turbo-diesel engine that’s good for 147kW (at 3500rpm) and 450Nm (at 2000rpm). The oil-burner is mated to an eight-speed automatic transmission, with a two-speed transfer case there for off-road pursuits.

Our time with the Wrangler was cut short, as after only a few weeks of ownership, resident photographer Ellen Dewar snatched the keys for a weekend foray to the south coast. Come Monday morning, however, and electrical gremlins stifled her return journey to the office at 4X4 Australia HQ … the battery was dead.

A call out by Jeep Roadside Assistance had them seeing zero amps despite multiple resuscitation methods – connecting the battery to a boot-load bank of batteries didn’t help, with the battery giving no indication there was life lurking somewhere within. A tow truck was required, with Jeep HQ the destination for some much-needed R&R.

A week or so later, we picked up the as-good-as-new Wrangler, with Jeep notifying us it was the auxiliary battery that died, which then drained the main battery. Jeep recharged the auxiliary battery and it tested with a slightly reduced charge life (85 per cent), so both the main and auxiliary batteries were replaced as a precaution. Jeep explained this would be covered under warranty if it were to happen to a customer.

We’ll be hoping to put plenty of hours into the Wrangler in future issues, and if we notice any amp glitches, you’ll be the first to know. Keep an eye on these pages as we have some epic adventures planned, but let’s keep our collective fingers crossed that the battery doesn’t decide to abandon us when we’re off chasing remote campsites.

JL Wrangler improvements stand out in our long-term Rubicon.
By: Matt Raudonikis

If you, like many people, think that the JL Jeep Wrangler looks just like the old JK Wrangler you’re not far from the truth. It takes a Jeep nerd to spot the visual differences, but the real improvements to the newer model really lie under the skin.

The JL is the best on-road driving and most refined Wrangler in Jeep history. Much of the JL’s improved on-road manners stem from revisions to the chassis and reductions in body weight thanks to the use of aluminium for some of the hanging panels. This not only makes it better to drive, but less weight is good for fuel economy too.

In fact, for this last month where we covered 2101km of commuting and touring, the Rubicon has averaged a smidge under 11L/100km. That’s damn impressive for a 4x4 wagon that is still shaped like a breeze block and rides on mud-terrain tyres. No doubt this is helped by the sweet new 2.2L diesel engine and eight-speed auto transmission that are both new to the JL.

The on-road drive has improved, but unless you’re accustomed to driving vehicles with heavy live-axles both front and rear, a high centre of gravity, and on knobbly mud terrain tyres, you might think the Wrangler is the worst handling car you’ve ever driven.

At highways speeds you really want to keep your hands on the wheel as the steering is slow and the Jeep likes to wander in its lanes. High crosswinds really knock it about too, but such is the price you pay with a design that prioritises off-road ability over highway driving. It’s not a bad thing but it keeps you on your toes and you’ll never get bored driving a Jeep Wrangler on or off the highway.

If you’ve spent time behind the wheel of a JK Wrangler you’ll really notice the refinement in the new model, particularly in the top-spec Rubicon like ours, as well as the mid-spec Overland model. With lots of leather covering the seats and dashboard, soft touchpoints on the controls and surfaces around the cabin, and improved sound insulation to keep the NVH levels down, the inside of the JL is a much nicer place to ride in than Wranglers past.

Again, the new 2.2L diesel helps here as it’s a much smoother and quieter engine than the old VM 2.8L engine it replaces. It’s a real shame that you need to fork out for the top-spec Rubicon to get this sweet little engine in a Wrangler.

We were able to experience the improved characteristics of the Jeep in the past month with weekend getaways to regional areas of Victoria; no serious off-roading but nice touring roads and gravel tracks. The more comfortable interior with its great sound system, Apple CarPlay and heated seats were much appreciated, especially the seats on those sub-zero winter mornings out in the hills.

Despite its newfound comforts the Rubicon still has the feel of a traditional off-road vehicle; it’s still a true Jeep. The windscreen might be angled back a bit more than before to improve aerodynamics, but it’s still broad and flat, offering a good view of the track ahead, and you can still fold it down flat on the bonnet if you want to.

The switches for the power door windows are still located down in the centre stack instead of on the doors, so that you can remove the doors altogether if you like; although, check with the local regulators before you go driving around doorless, as some in authority frown on this sort of behaviour.

The Rubicon now has an all-wheel drive ‘Auto’ setting in its transfer case as well as the familiar 2WD, 4x4 high and 4x4 low settings, and this Auto setting was all that we needed for the gravel tracks and wet, grassy paddocks we traversed. It is also handy on wet roads for added safety and you don’t have to remember to switch back to 2WD on sealed dry roads. There’s nothing to stop you leaving it in Auto 4x4 for all your regular motoring.

Now we just need to find some more time to get our Rubicon out on some tougher tracks!

The Rubicon heads north for a few weeks.
By: Dean Mellor

With Melbourne-based Editor Matt Raudonikis heading off to the Flinders Ranges for a couple of weeks in another vehicle, he thought it would be a good idea to send the long-term Jeep Wrangler Rubicon up to Sydney so I could keep the odometer ticking over.

For the first couple of weeks I used the Rubicon as a daily driver, with a bit of around-town stuff and a few freeway runs, and then I headed west where we threw it up against the Ford Ranger Raptor to see which of these two factory customs best fulfilled their intended functions (see the November 2019 issue of 4x4 Australia).

The Rubicon proved a surprise around town; it’s easy to see out of, has a big and clear screen for the reversing camera, is manoeuvrable thanks to an impressive steering lock, and offers decent-enough performance in the traffic-light drag race. I was also impressed by its relative refinement, general comfort (except for the lack of space in the driver’s footwell), supple suspension tune and high spec-level.

The cargo tie-down system in the rear is one of the highlights, as are the many (various types of) power outlets throughout the cabin.

While freeway performance is also impressive, the Rubicon is susceptible to minor changes of direction in crosswinds, so requires a degree of driver concentration when it’s blustery. Overall wind and driveline noise suppression is impressive at freeway speeds, especially considering the Rubicon’s brick-outhouse aerodynamics, although (as you’d expect) a constant hum is produced by the aggressive BFGoodrich KM3 muddies.

I was also surprised at how much fun the Rubicon was to drive on gravel roads, with a lively chassis that didn’t mind being thrown around in corners and great suspension compliance on rough surfaces. There was a bit of bump steer at times, but that’s to be expected of a vehicle with live-axles front and rear.

Off-road, the Rubicon is next-level; low-range gearing is superb, the front swaybar disconnect ensures there’s loads of axle articulation, and the front and rear lockers engage and disengage quickly and without fuss.

The only off-road negative is a lack of ground clearance, partly due to a low hanging cross member beneath the transfer case. A 50mm suspension lift and some bigger tyres would go some way to curing this, and you don’t have to worry about sill damage thanks to the integrated rock sliders.

With just 6700km showing on the odo I had to throw 20 litres of AdBlue into the Rubicon, but overall fuel consumption has been impressive with a best of 8.5L/100km and a worst of 11.2L/100km. 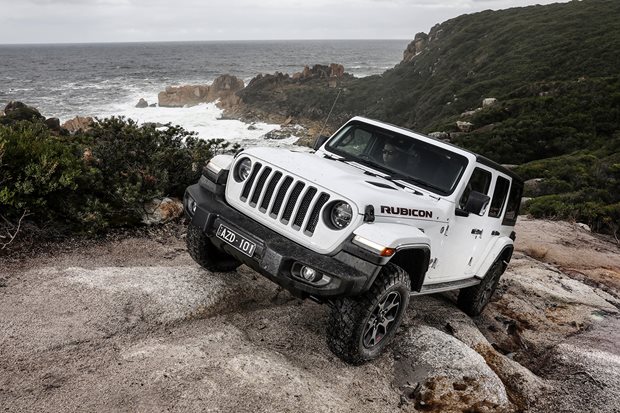 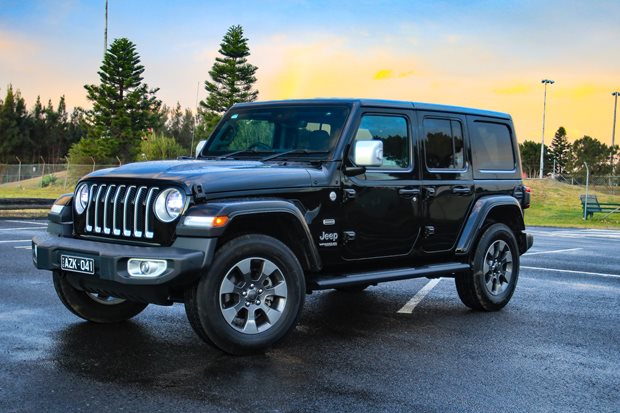 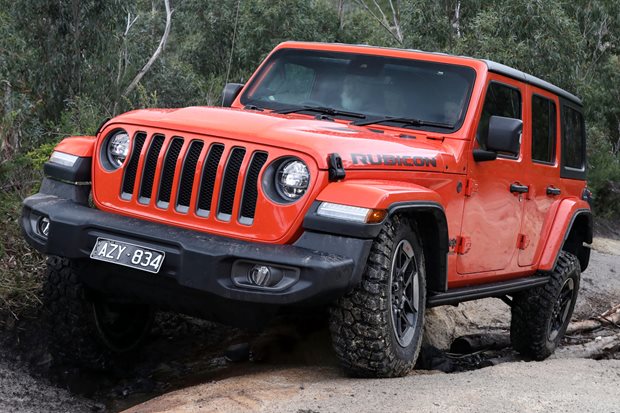