Inspired. It’s the only word that does justice to the idea of a reborn Lancia Stratos based on a Ferrari F430. Think about it. Ferrari’s mid-engined supercar built between 2004 and 2009 is in plentiful supply, is blessed with a wickedly sharp engine, and treads that fine line between modern performance, control and excitement and old-school involvement, feel and delicacy.

To start with such a sound basis, shorten the wheelbase and then pour some Stratos styling fairy dust on top should result in something spectacularly agile, overwhelmingly evocative and effortlessly cool. This car might not be a pureblood, but I’m not sure I can think of a more exciting project anywhere in the world.

The story of the reborn Stratos is long, winding and really rather extraordinary. It starts in the 1990s, when a teenager named Chris Hrabalek discovered that Lancia had allowed the rights to the Stratos name to lapse. Hrabalek registered the trademark (his father was a Stratos owner and enthusiast) and around ten years later, by then a design student at the Royal College of Art, decided his final project should be a Stratos for the 21st Century. 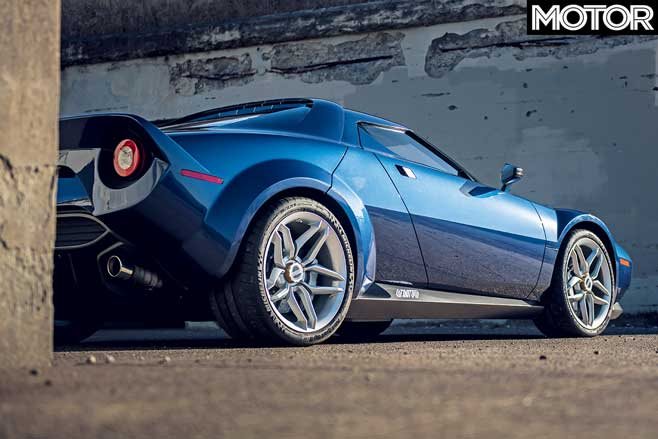 Usually such a project would comprise a few sketches, some CAD data and maybe a scale model, but Hrabalek showed incredible tenacity to realise his dream in full-sized, rolling form. By approaching ten owners of original cars and securing funding from them, he managed to build the Fenomenon Stratos concept car and display it at the Geneva Auto Salon in 2005.

It was a huge hit, and one of those initial investors, a German named Michael Stoschek, decided to press ahead and turn the show car into a road car, with plans to build a run of 25. Based on a Ferrari 430 Scuderia, re-engineered by Pininfarina’s special projects department and subtly restyled in places but still true to Hrabalek’s Fenomenon, the New Stratos was finally ready in 2010.

The reception from the media was rapturous, and Ferrari chief Luca di Montezemolo drove the car at Fiorano and seemed extremely happy with the project… Shortly afterwards he killed it stone dead by refusing to supply the parts necessary to build further examples and ensuring that Ferrari suppliers knew that stepping in to do so would be very bad news for the future of their businesses. 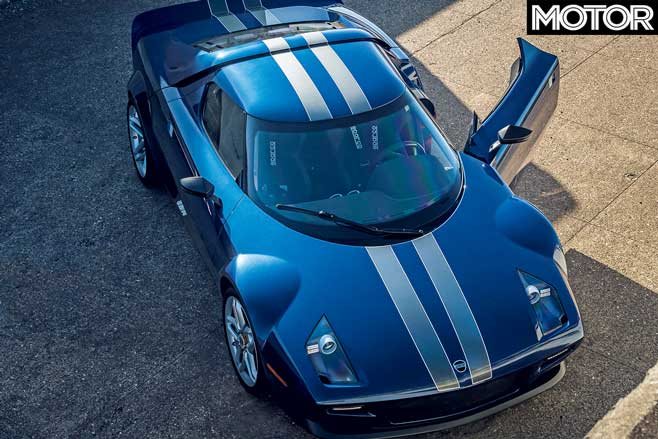 And yet here it is. An early customer car from a small production run of this reborn icon. Of course, Ferrari F430s and 430 Scuderias are no longer current models and Ferrari can’t really control what happens to cars from a decade or more ago.

But the stars really aligned when Paolo Garella, who had headed up Pininfarina’s special projects department back when New Stratos was first developed, found himself looking for an opportunity after his relationship with Jim Glickenhaus ended and production of the SCG003 racecar and road car, plus the many new Glickenhaus projects, was moved to the US. Garella approached Stoschek about reviving the Stratos, formed Manifattura Automobili Torino and now they’re finally delivering on the 25 cars that were promised all the way back in 2010. 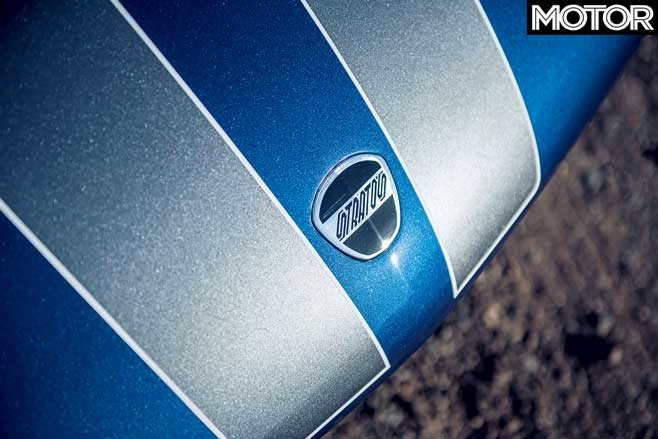 Even putting aside the amazing styling, the Stratos history and the fact this is a hand-built, limited-run car made by the same team behind the Enzo-based P4/5, you’re still left with a tantalising proposition. The MAT Stratos builds on the F430’s 4.3-litre V8 with a few choice tweaks and a Larini titanium sports exhaust to deliver 397kW; it has a six-speed open-gated manual gearbox; at just 4181mm long and with 201mm chopped from the donor car’s wheelbase, it’s extremely compact, and, thanks to a full carbonfibre body, it weighs 1350kg.

Even better, when painted dark blue like this car, it can almost slip quietly into the background. Sure, it’s different, but it doesn’t scream its value and rarity like most bespoke supercar creations. And while there’s appeal in the outlandish shape and scale of a modern hypercar, something small, light and handsome rather than wilfully extrovert is arguably cooler and much more useable. Incidentally, the hypercar comparison is valid because the MAT Stratos costs around $1m plus a donor car. 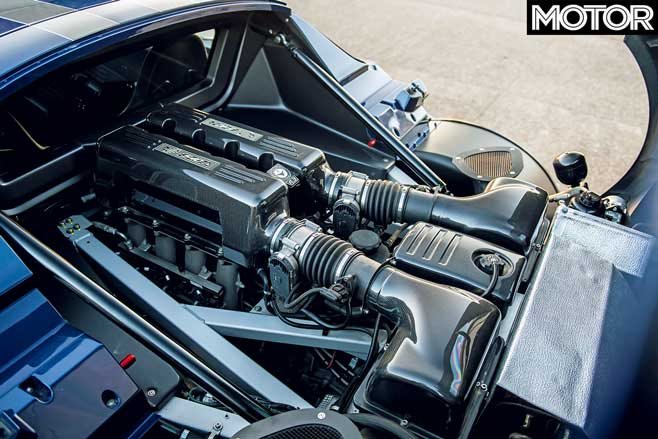 MAT is happy for you to start with either a Scuderia or a standard F430 and will even convert a car with an F1 paddle-shift gearbox to a manual should you so desire. Usually I’d say that’s a very good idea, but the Scuderia’s ’box – capable of changes in 60 milliseconds – is actually pretty fantastic and might suit the reinvented Stratos rather well. This particular car is based on an F430 with the F1 ’box that’s been retrofitted with an open-gated gearshift. I guess we could call it the purist spec.

It’s uncharacteristically drizzly in California when I’m first handed the key, but it really is a special moment. There’s so much natural drama in the shape and sawn-off dimensions. Can it possibly deliver a drive to match the promise?

The door feels incredibly light as it swings open, the glasshouse pinching inwards as it meets the roofline, just as it did on the original, and you drop low into a simple, carbonfibre-shelled seat. The Stratos might have money-no- object coach-built pedigree, but inside it’s stripped back, plain and, to be honest, a little underwhelming. I appreciate the bare floors, the lightweight material that shrink-wraps every surface and the integral rollcage. 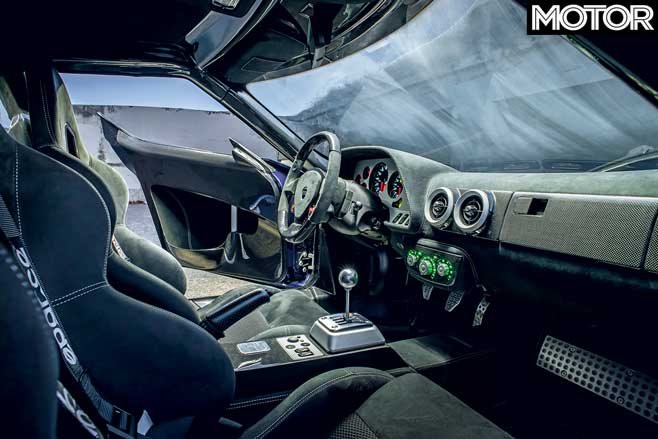 It’s consistent with the Stratos’s competition car roots. But the steering wheel, heater controls and instruments (lifted straight from the F430) and the rudimentary design of the binnacle are disappointing. Not to mention the burnished, mucky-looking aluminium gearshift knob. Surely for more than $1m a shiny new shifter is a given? I’d hoped the New Stratos would be minimalist but meticulously detailed. It actually feels a little home-brewed.

You’ll forgive it pretty quickly, though. Twist the key, hit the starter button and the 4.3-litre V8 starts with a trebly, thin-sounding howl and the whole car shimmies and shakes to its fast idle. It’s like the engine is in the cabin with you. It’s not a big, booming sound, but there’s a restless energy that pervades every fibre of the Stratos and subconsciously it seems to prime you for a busy, hyper-alert driving experience.

One thing’s for sure, you don’t jump into the Stratos and immediately relax. It feels as though you could reach out and touch all four wheels from the driver’s seat and yet this tiny buzzsaw of a car conveys full-scale intimidation. Very Stratos. 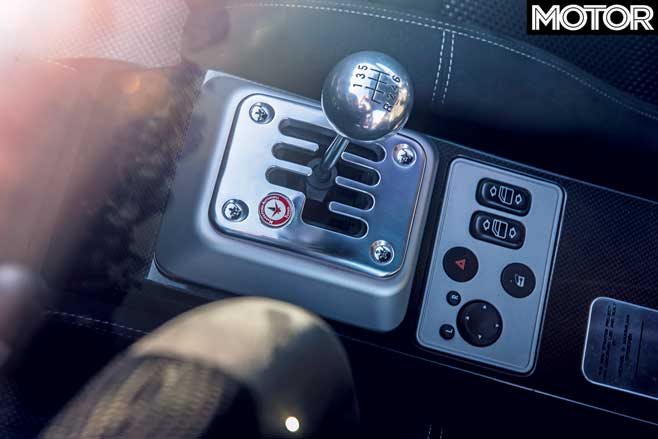 The first few miles are oddly haunting. Like visiting a place you knew well many years ago that’s been transformed with new roads and buildings. Familiar yet disorientating. The steering feels like an F430’s in weighting and feedback, but the car reacts so much more quickly to it. It’s as though it has lost 250kg of flab and gained a huge amount of rigidity.

All the slack has been eradicated – and you barely knew the F430 had that much slack to chase away – replaced by razor precision. But what’s really appealing is that, unlike with some modern Ferraris, the dazzling agility feels real rather than conjured up by an artificially quick steering rack. That short wheelbase might present problems later, but here and now I love it.

The neatest trick the Stratos plays is to feel extremely nimble, light and stiff but to never descend into nervy edginess. You can quickly make the car flow. Even so, I don’t want to paint a picture of calm fluidity. It’s a raw and pretty extreme experience. 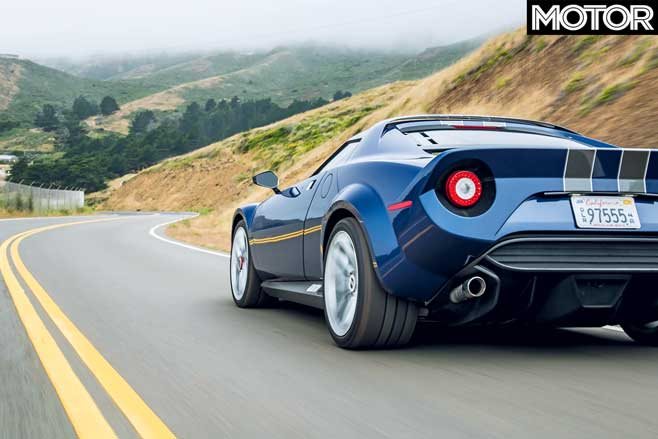 New Bilstein dampers provide much more resistance to roll than a standard F430’s, the bare interior reverberates to the thwack of suspension impacts and tingles to the sounds of the highly strung V8, and the six-speed manual is physical and sometimes quite awkward. I’d suggest buying a donor car with a manual ’box already fitted if that’s the end result you want to achieve. This converted F1 ’box is acceptable but doesn’t feel fully dialled-in just yet.

That the awkward gearshift is the only dynamic element that doesn’t feel properly sorted is testament to Pininfarina and latterly MAT’s engineering skills. Okay, so I remain unconvinced by the general fit and finish of the interior, but the way the Stratos takes an F430 dynamic experience and makes it so much more aggressive and responsive yet avoids creating any snappiness or unpredictability is really very impressive.

Start to sneak up on the very high limits of the Michelin Cup 2 tyres and the car does everything you want of it, just starting to push into understeer on turn-in and then remaining pretty neutral through the middle of a turn. 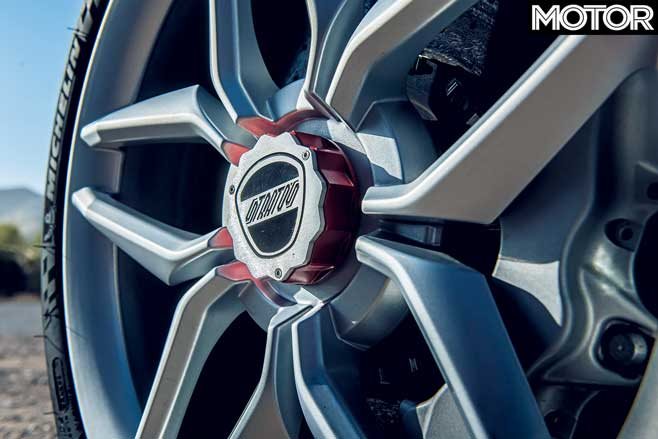 I’d love to tell you how the savagely sharp engine can then start to overwhelm the rear tyres and let you steer the Stratos from the rear like the old rally hero on its way to yet another victory. Sadly, the electronics of the MAT Stratos aren’t fully operational and the manettino won’t switch between modes nor let me disable the traction control. It’s a huge frustration and just another niggle on this car that oozes so much potential.

For all the irksome little details, the Stratos can deliver moments of pure magic. That 4.3-litre V8 loves to rev right out and really flings the Stratos along. I’m not sure it’s quite kicking out 397kW but if you can keep it spinning over 5500rpm it feels wonderfully sharp and grows in stature as your commitment increases. The noise is everywhere and the response is so faithful it’s almost like it reads your thoughts. The combination of that extreme agility, iron-fisted body control and the shrieking engine makes for almost overwhelming sensory overload. 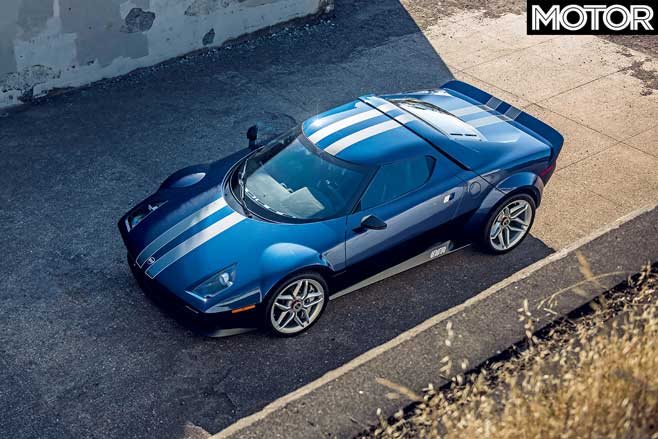 After several days in the company of the MAT Stratos it’s inevitable that the initial ‘oh my god, I’m driving this concept car made real’ wears off just a little. But I continue to enjoy its size, the natural athleticism, which doesn’t tip over into hair-trigger on-limit behaviour, and the fact that people seem to like it but aren’t falling over themselves to take videos on their phone. It’s only natural that it has an old-school sensibility about it, but I’m surprised by just how appealing the whole package is.

Dare I mention the Porsche 911? Love it or hate it, the 911 has been so successful because it offers so much performance and communication in a relatively small, light and useable package. The Stratos does something similar, but with the sense of concept-car cool and Italian glamour jacked up to irresistible levels.

It’s a long way from perfect, and MAT needs to refine and polish the execution to justify the entry price, but the reborn Stratos is an inspired idea that could be inspiring to drive, too.

I hope they find a way to fulfil its incredible potential. 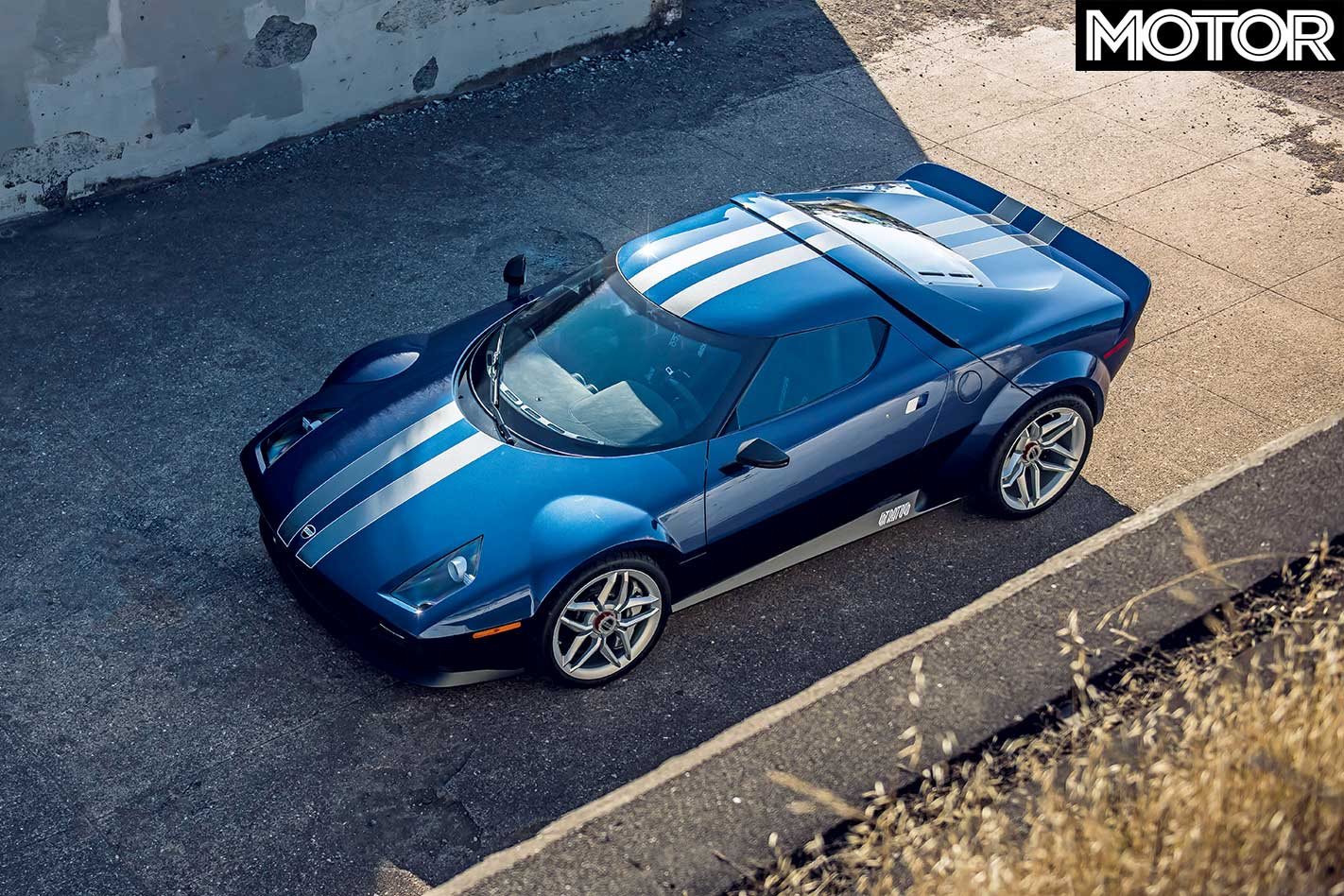 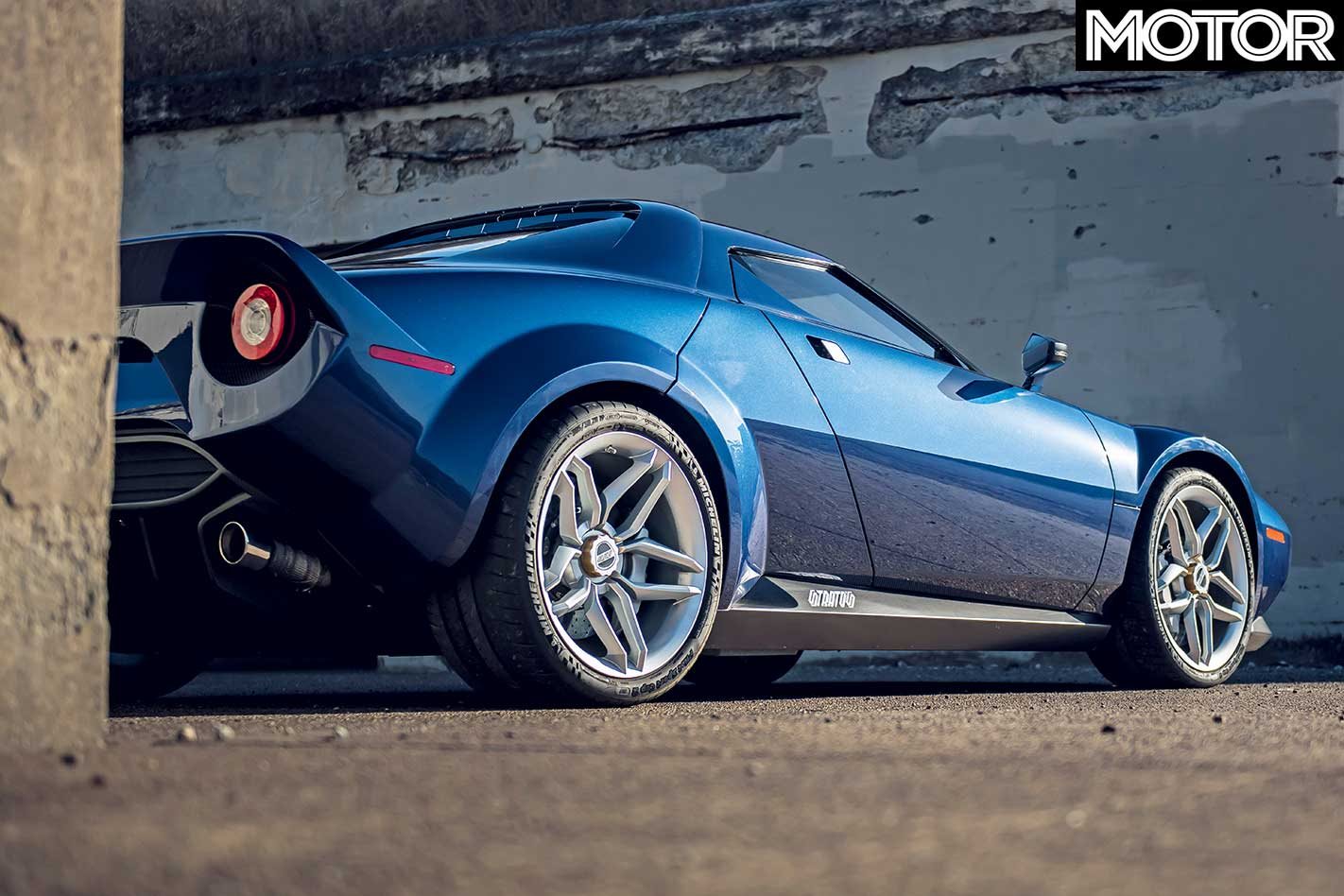 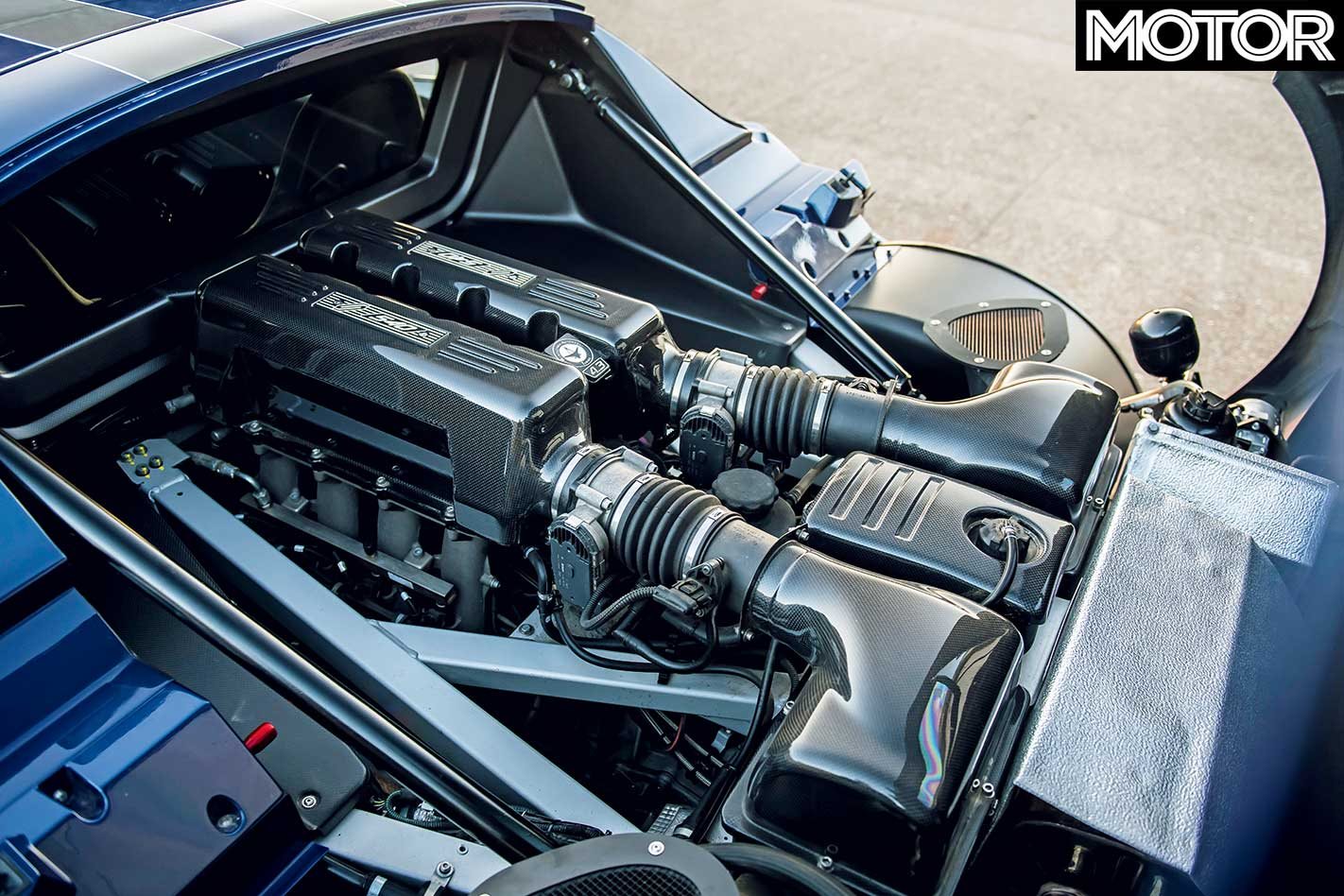 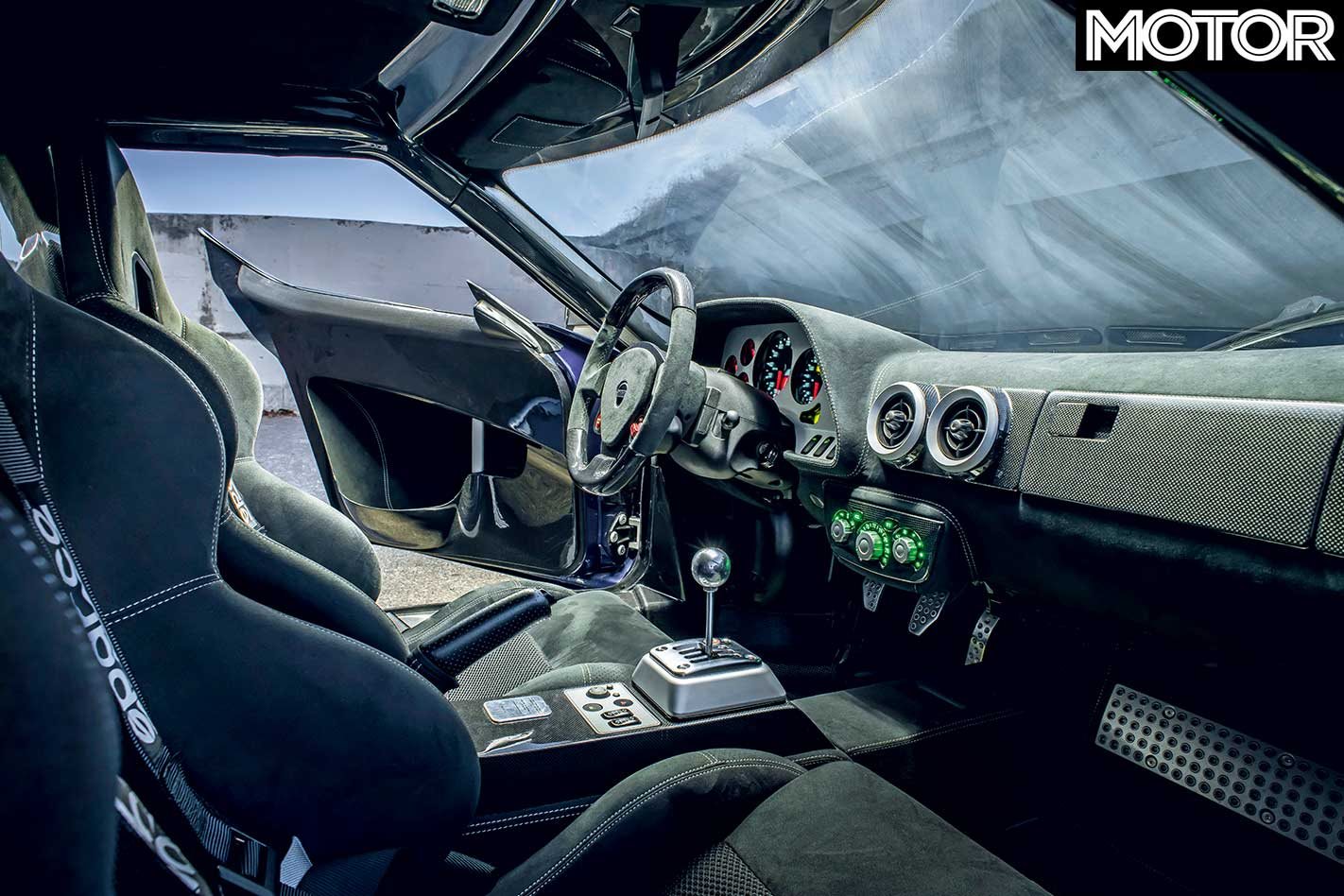 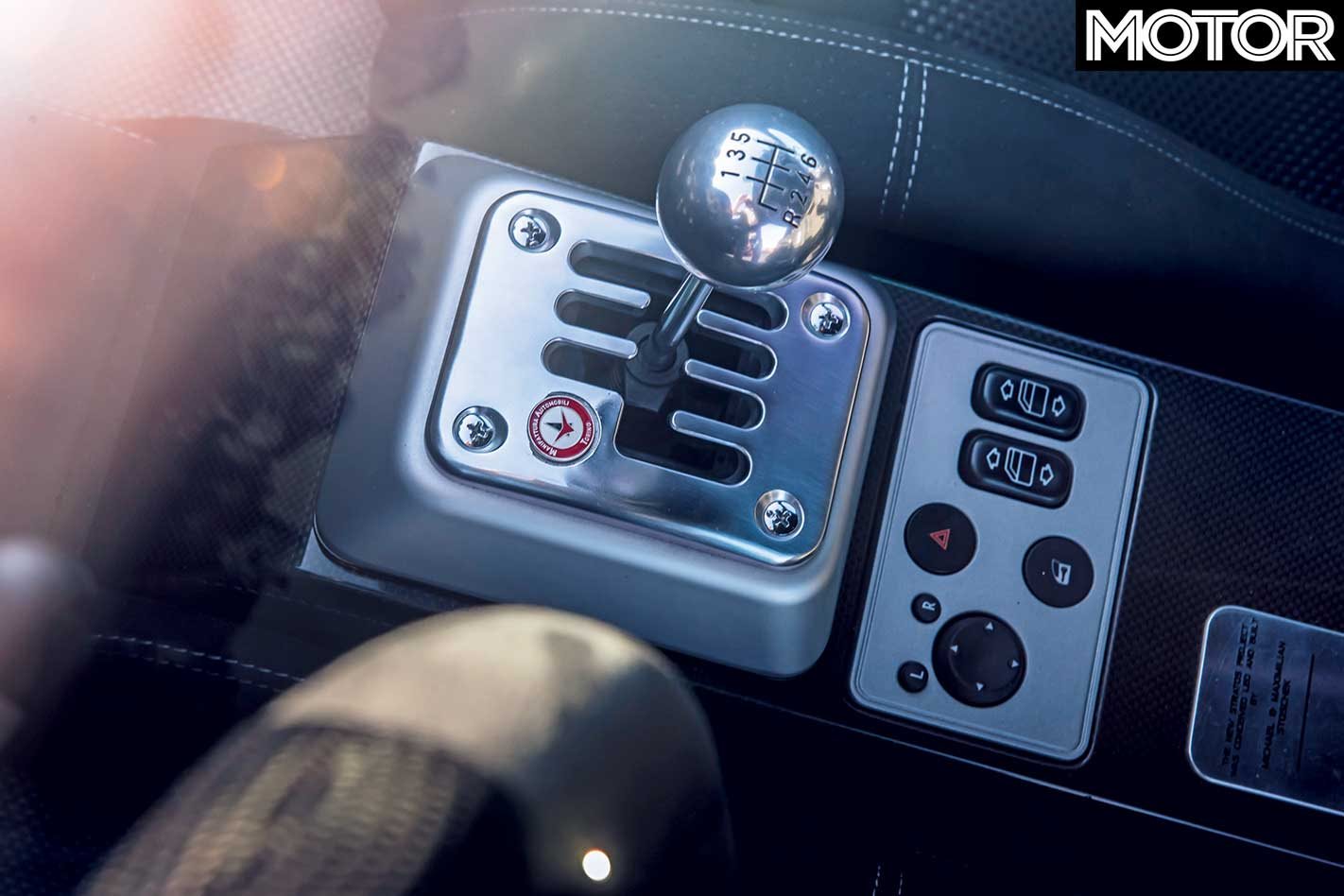 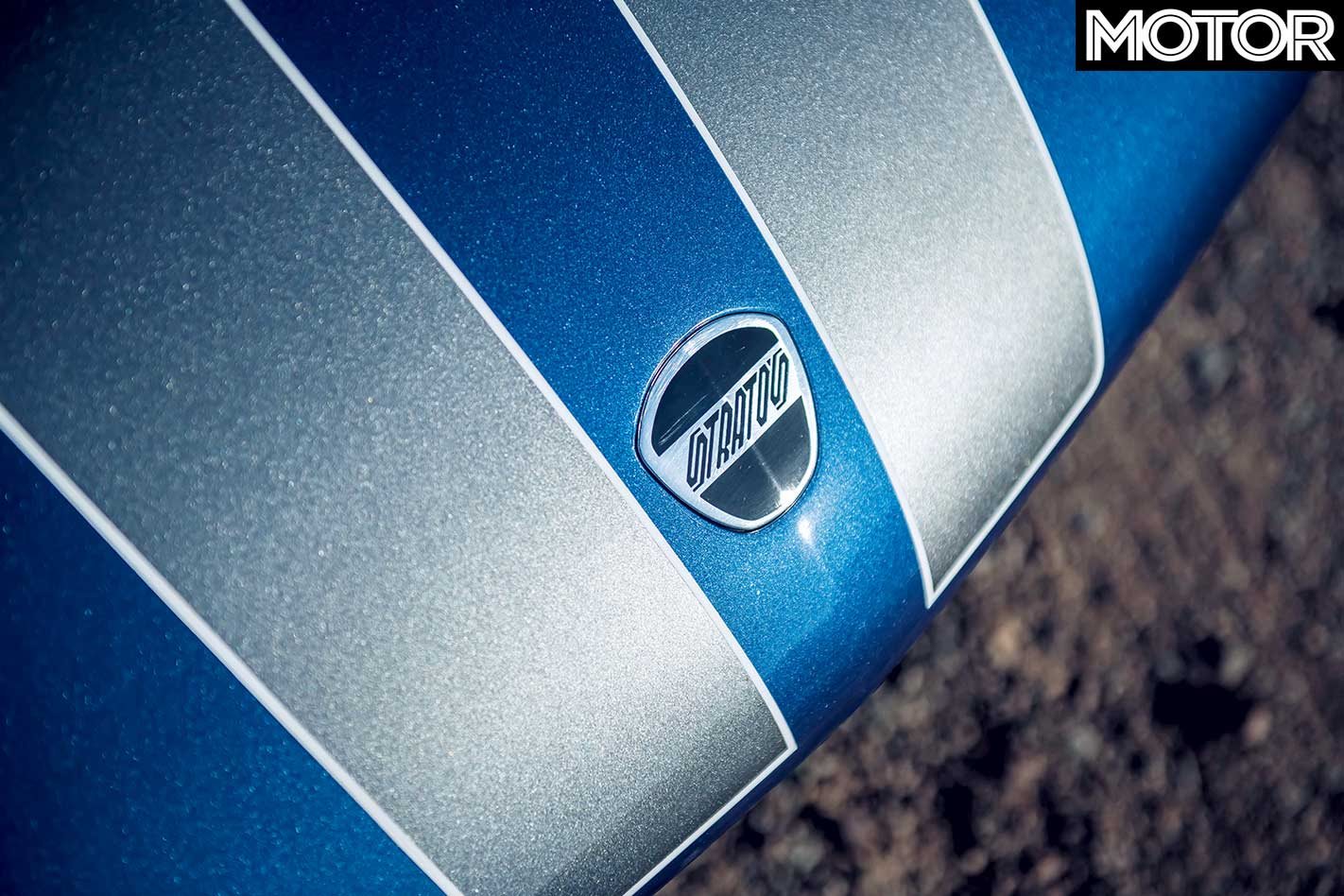 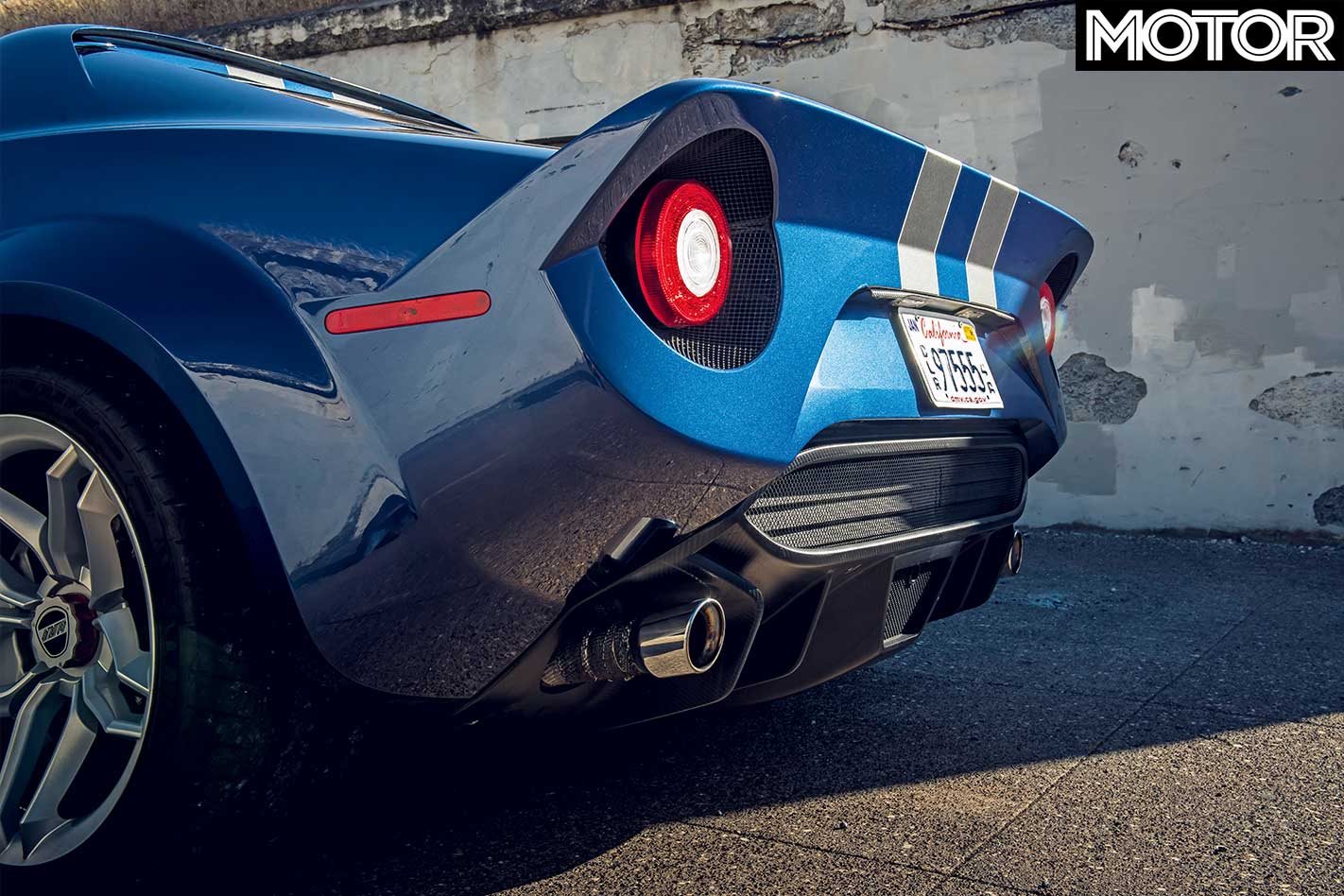 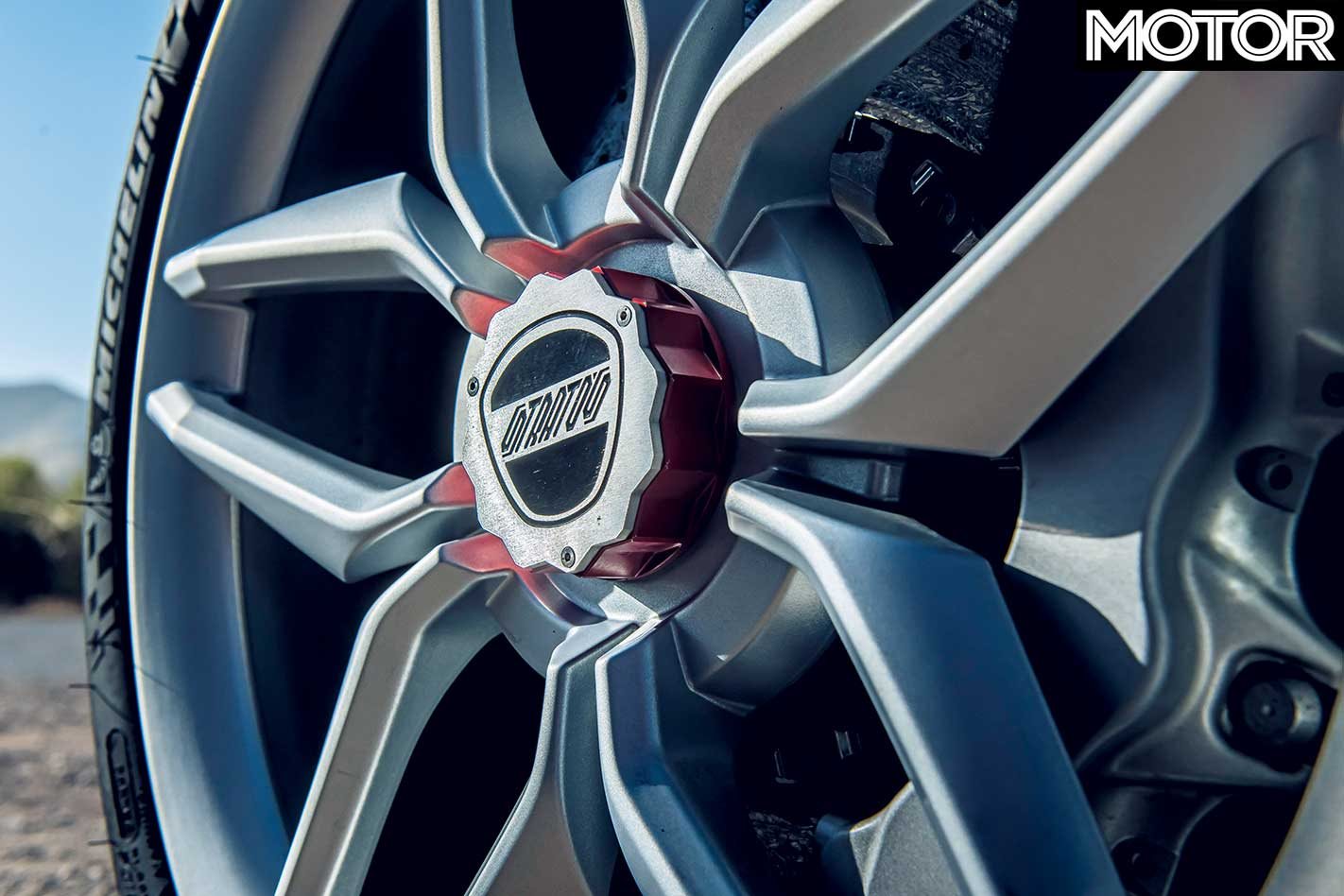