The Wheels Verdict: The GLC 300e is an interesting prospect for buyers with a limited daily commute. In this space, the electrified GLC makes a lot of sense. It offers clean electric driving for 43km but the battery pack does hamper dynamics and packaging. The GLC 300e’s place in Merc’s plug-in-hybrid rollout is more than justified and given its pricing, it’s sure to be a popular addition. 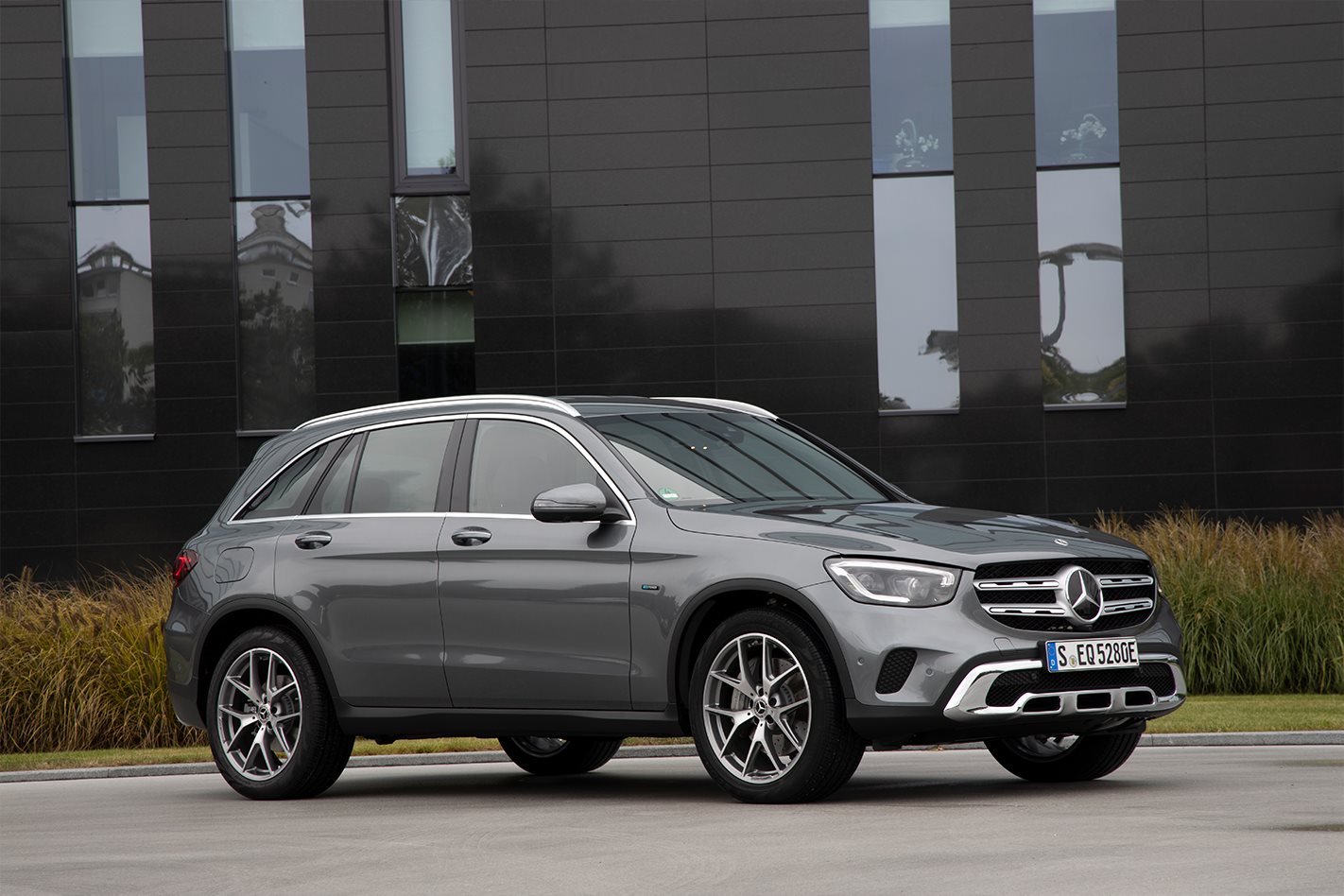 WHAT IS THE MERCEDES-BENZ GLC 300e?

Plug-in hybrids are enjoying a rise in popularity. Mercedes is certainly placing its significant might behind the technology with myriad models planned in the future. The GLC 300e uses a conventional 2.0-litre turbo four-cylinder engine with an electric motor, which gains power from a 13.5kWh lithium-ion battery pack. It arrives in Australia in Q2 2020 and is priced at $80,400.

We’ve had a taste-test of Mercedes’ plug-in hybrid range before. But the German marque is readying a full main course of plug-in options for the Australian market. However, it’s the SUV-based GLC 300e which, given the popularity of SUVs, should prove the tastiest dish in terms of sales. But is it the one to order? We take it for a drive in Frankfurt, Germany, to find out. 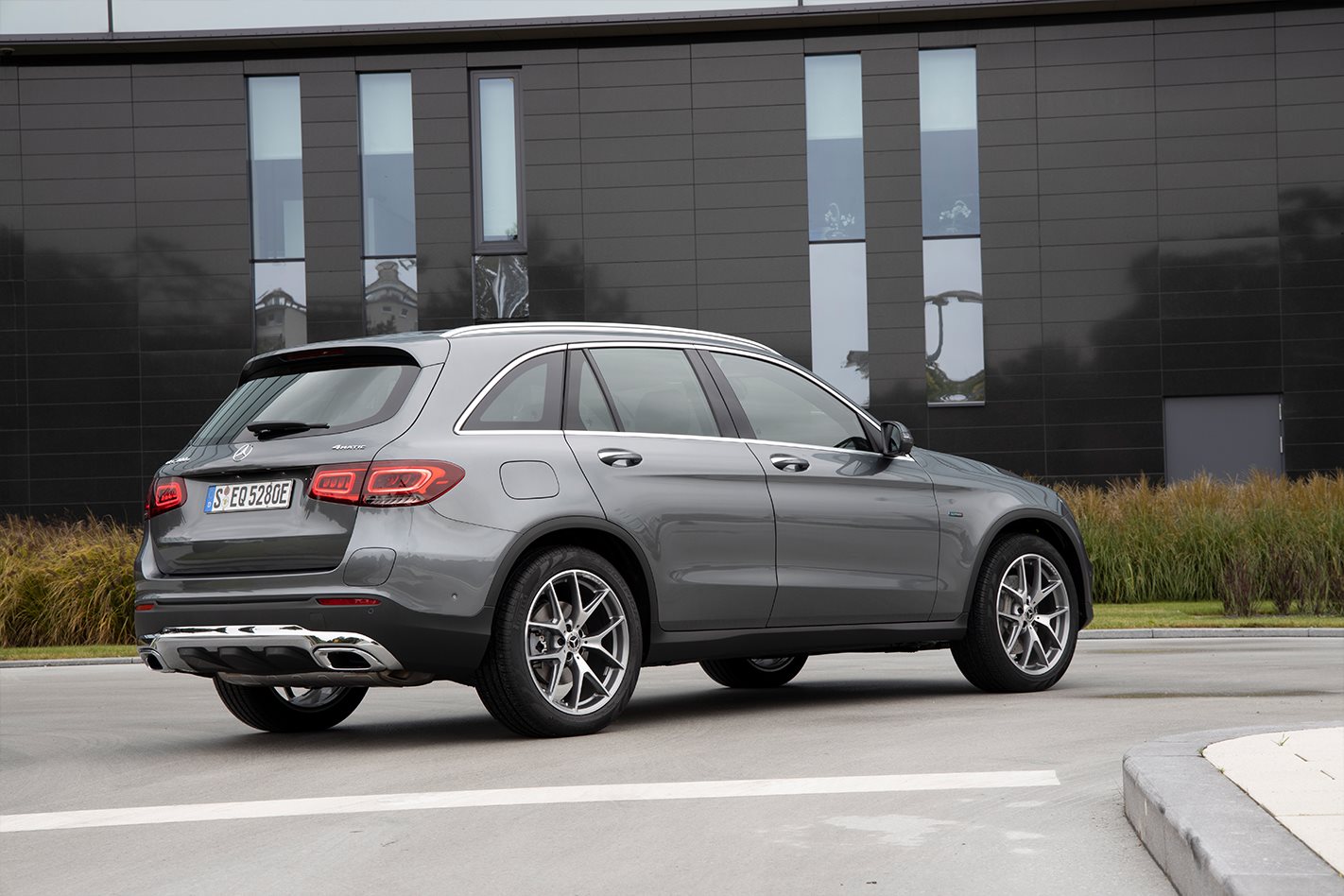 Fully electric vehicles are the flavour of the month. However, for those unwilling to go the whole hog on an EV, plug-in hybrids represent a smart compromise. Mercedes sees plug-ins as a critical component of its overarching electrification strategy and especially important in markets like Australia, where an internal combustion engine is still the go-to choice for covering our long distances.

The GLC 300e medium SUV looks well positioned to capitalise on this latent demand. It features a 13.5kWh lithium-ion battery pack which supplies energy to an electric motor for up to 43km of emissions-free driving (according to WLTP testing). That’s about par for the course for plug-in hybrids and ought to cover the daily commute for the majority of Australians. For weekend jaunts, you’re likely to be relying on the 2.0-litre turbo petrol four-cylinder. 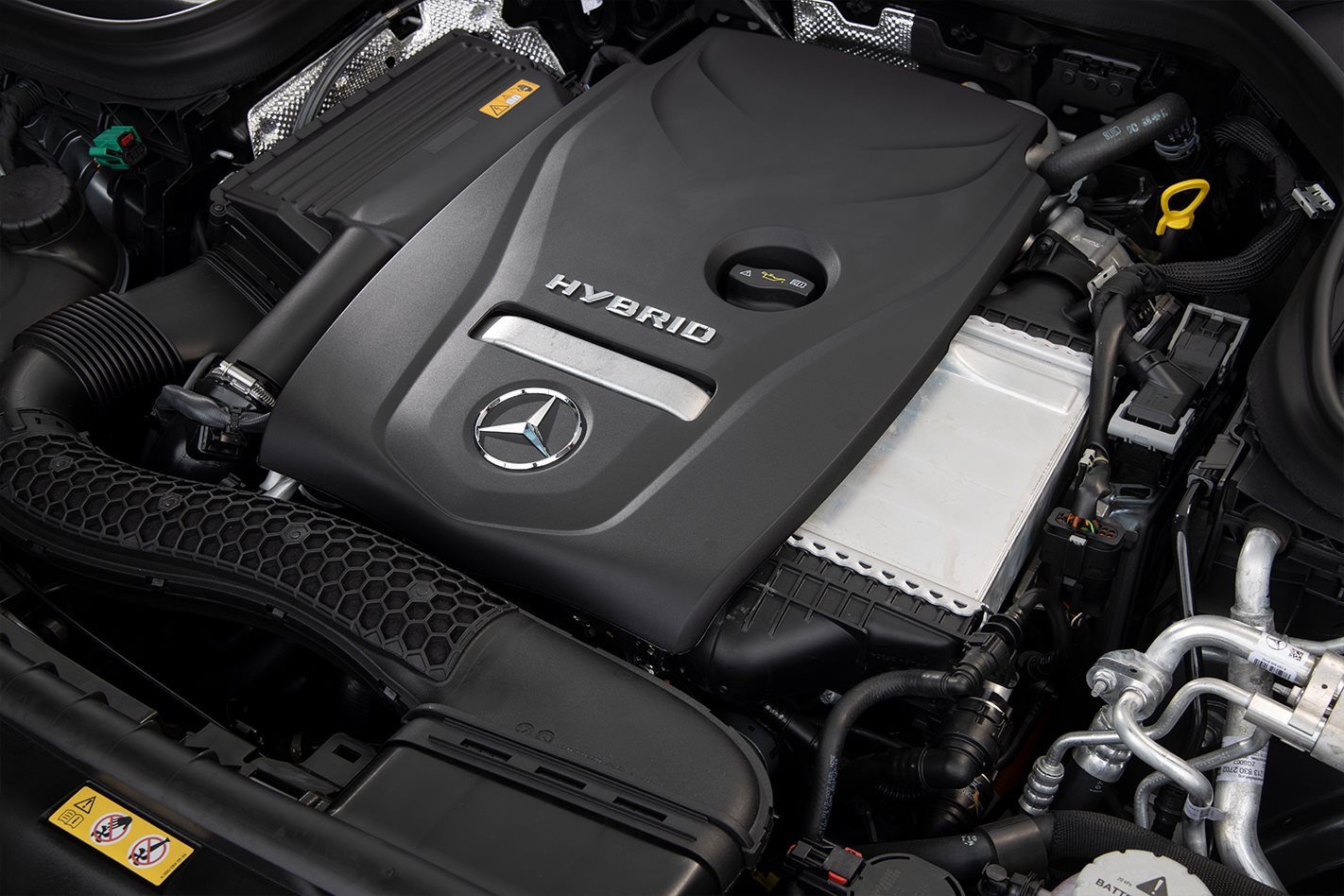 With a combined power output of 245kW and a substantial 700Nm of torque, it’s no shock that the GLC makes some decent numbers, Mercedes claiming that it’ll zip through 100km/h in 5.7 seconds. It even cruises up to 130km/h on electric power alone on the Autobahn with a combined consumption of 2.2L/100km.

Read next: Toyota Hilux to become an electric vehicle

In reality it never feels quite as brisk as you’d expect given the raw figures and the 300e really feels its two-tonne weight, especially when taken out of its comfort zone on a tightening, curved off-ramp. The ride quality is agreeably cosseting with standard air suspension, although the strong regenerative braking needs an acclimatisation period. 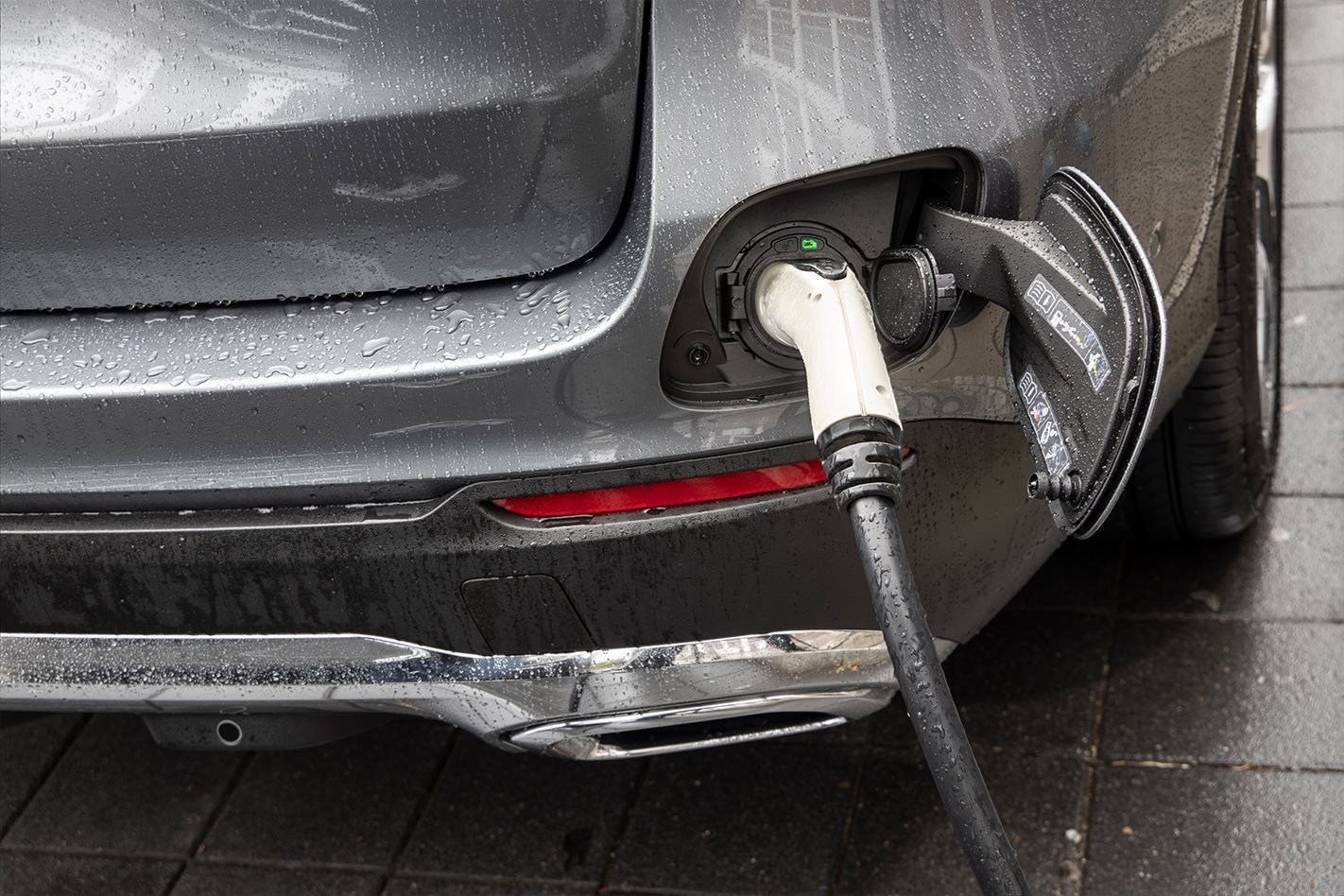 Inside the 300e gains all the updates that have flowed into the new GLC. That means Mercedes-Benz User Experience (MBUX) powers the infotainment system, while there’s a host of menus to highlight just how much fuel you aren’t using on the 12.3-inch central display. Achieving ultimate economy becomes a fun game. The instrument cluster is also now completely digital.

Interior comfort is comparable to the non-hybrid GLC, with the rear seats affording decent levels of head and legroom. Where the 300e is compromised, however, is in terms of boot space. The overall capacity is 395L, which is down from 550L for models sans battery pack. The underfloor storage compartment is also lost with the addition of an e to the rear hatch. 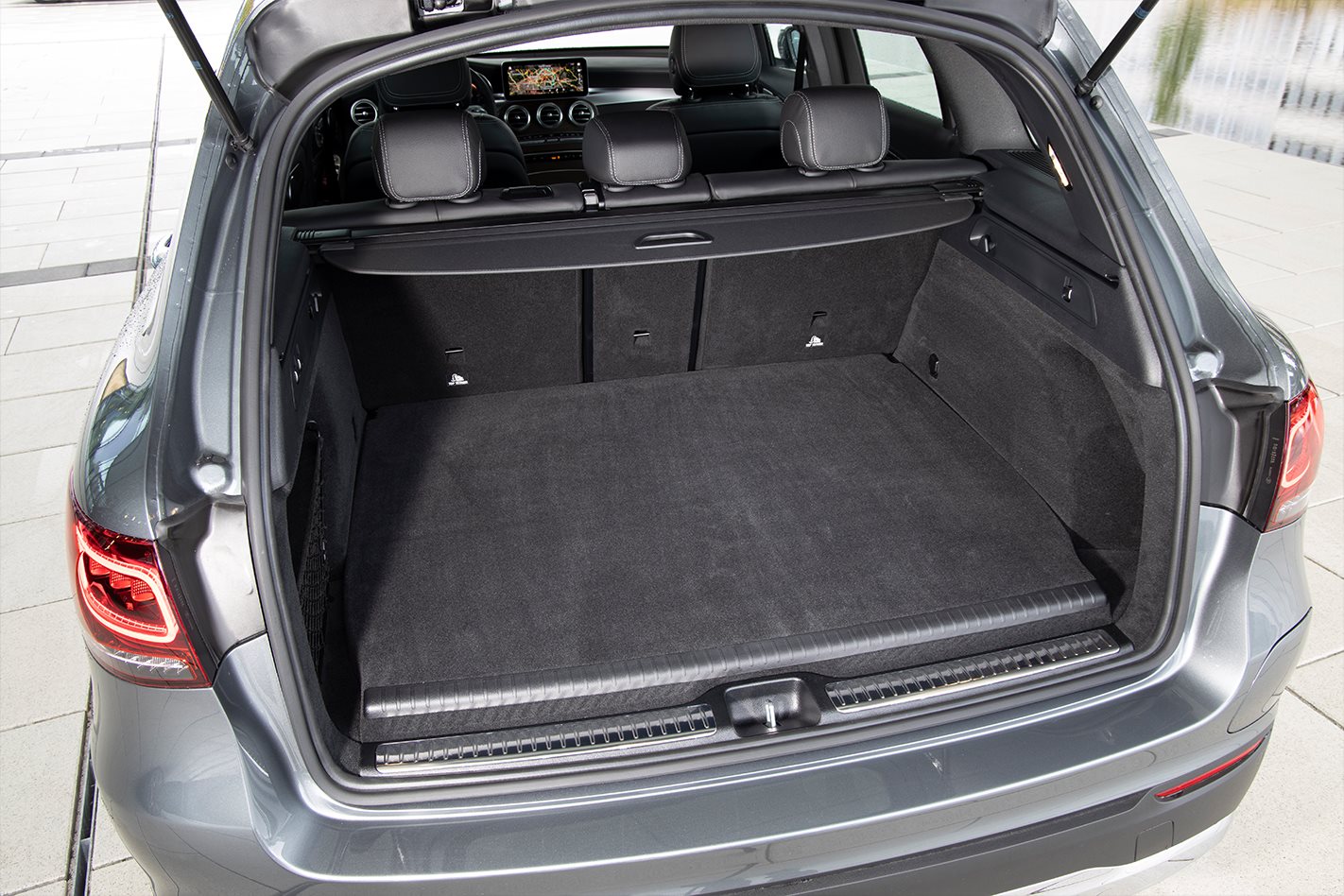 Aside from the caveat that the GLC 300e loses boot capacity, there’s really not a great deal that clouds this model’s chances. The major bonus comes in pricing. The plug-in hybrid capability only tacks $2700 onto the price of the regular GLC 300. Some basic maths suggests that were you to run one on electric power to work and back for 40km a day, you could easily recoup outlay in fuel bills alone over a three-year typical ownership period. If you had your heart set on a GLC 300, this plug-in hybrid has just made your buying decision a little more complex.

Read next: EV Cheat sheet - understanding the future of mobility 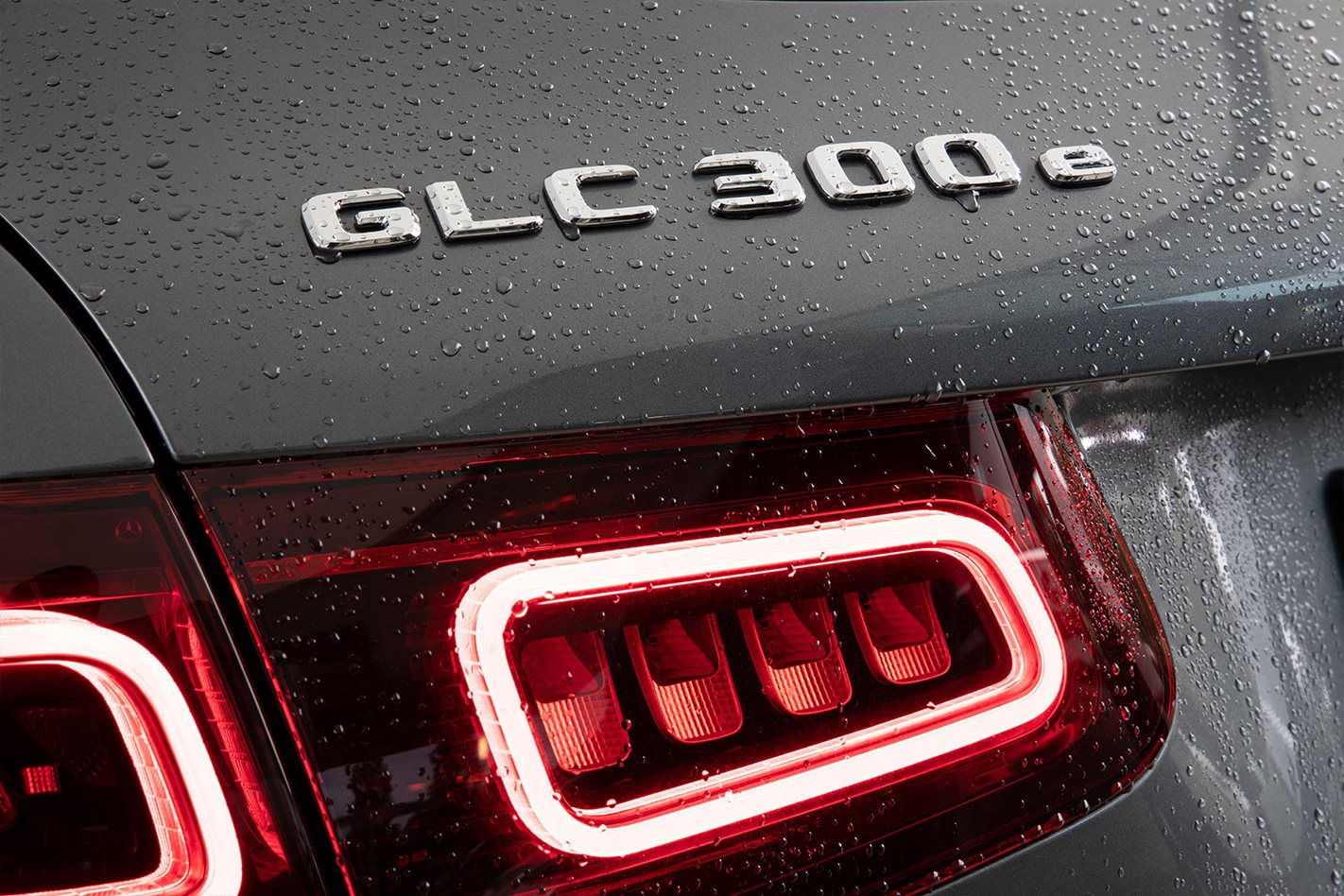 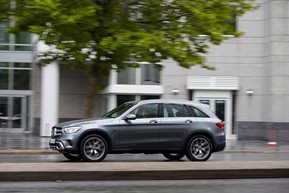 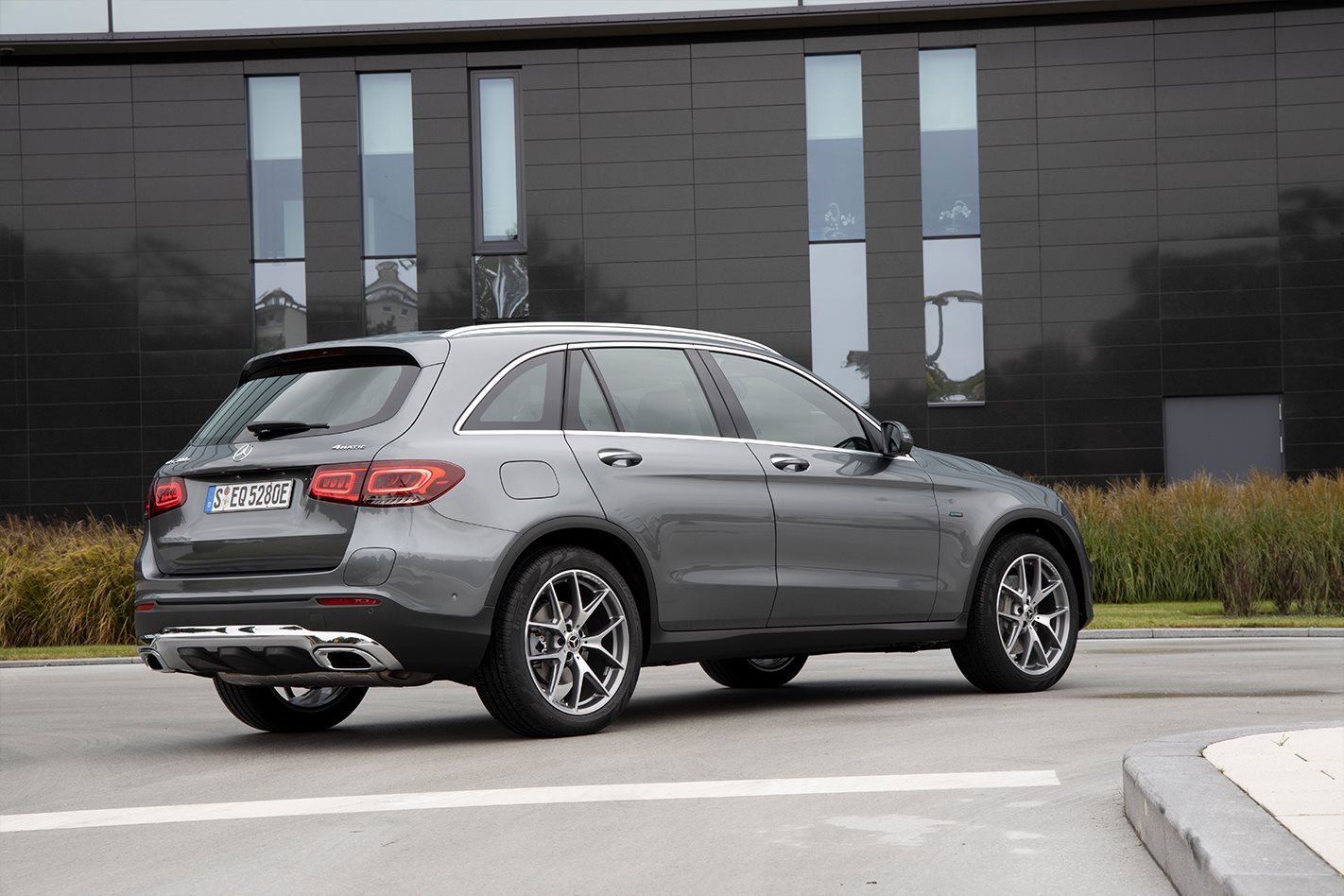 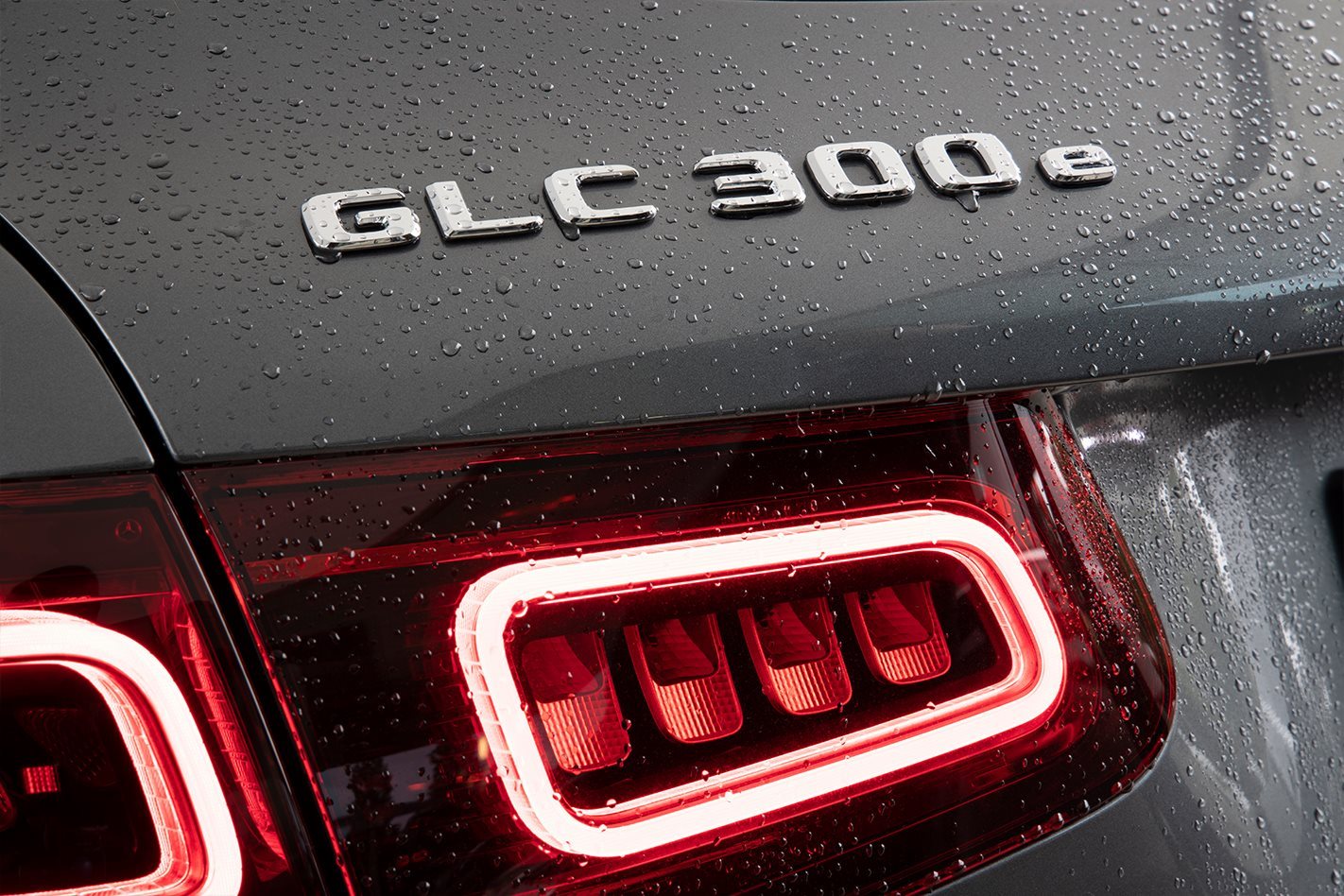 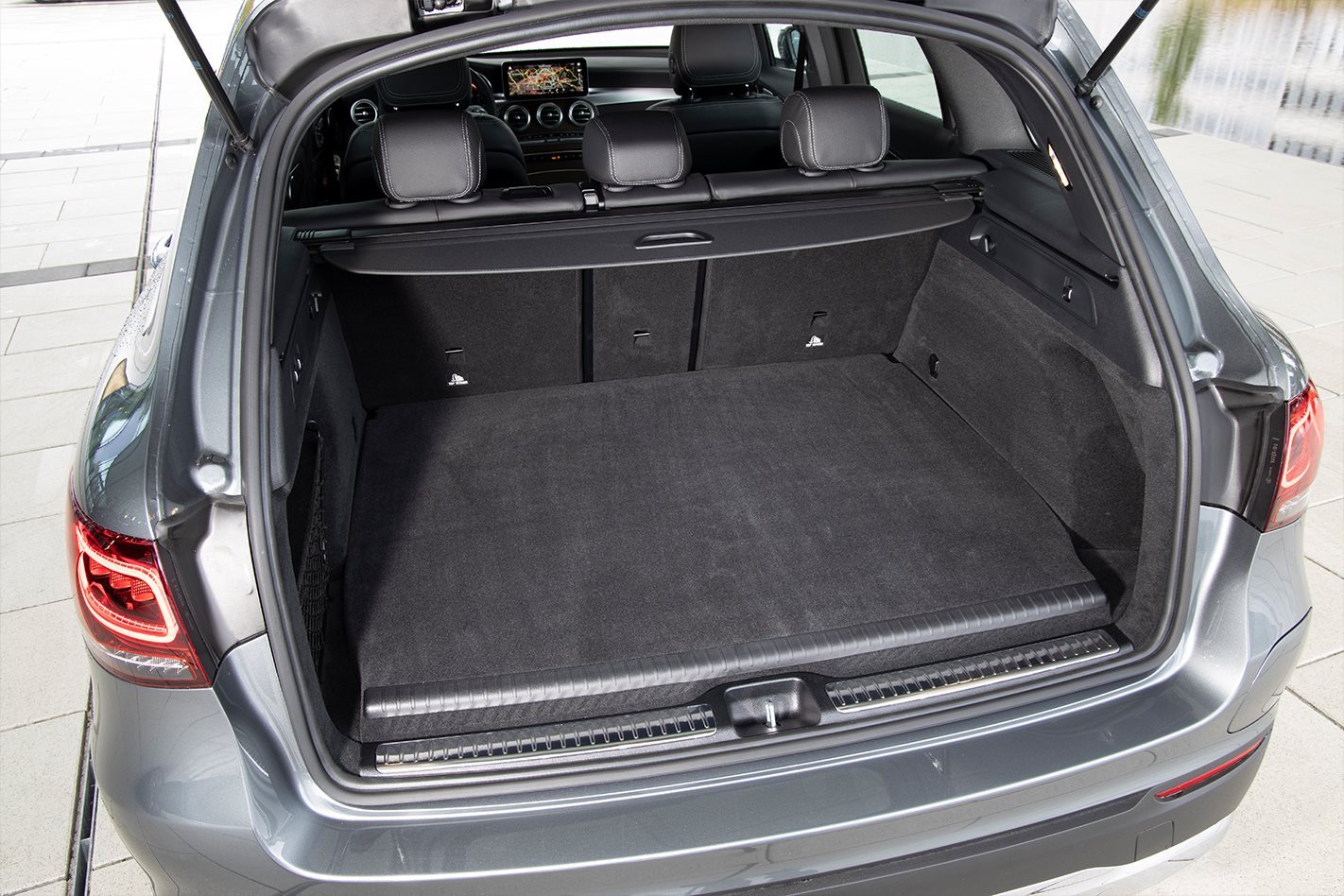 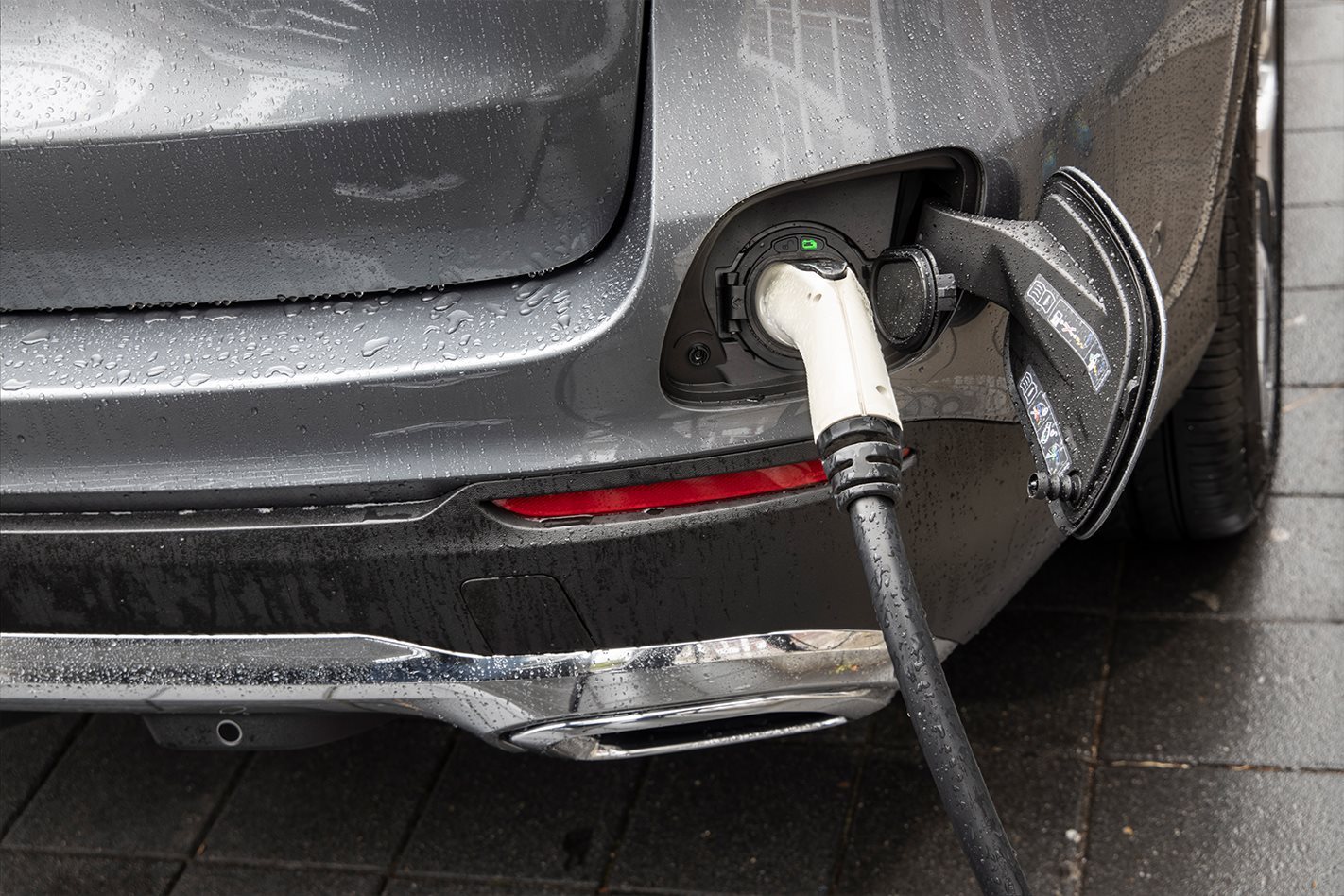 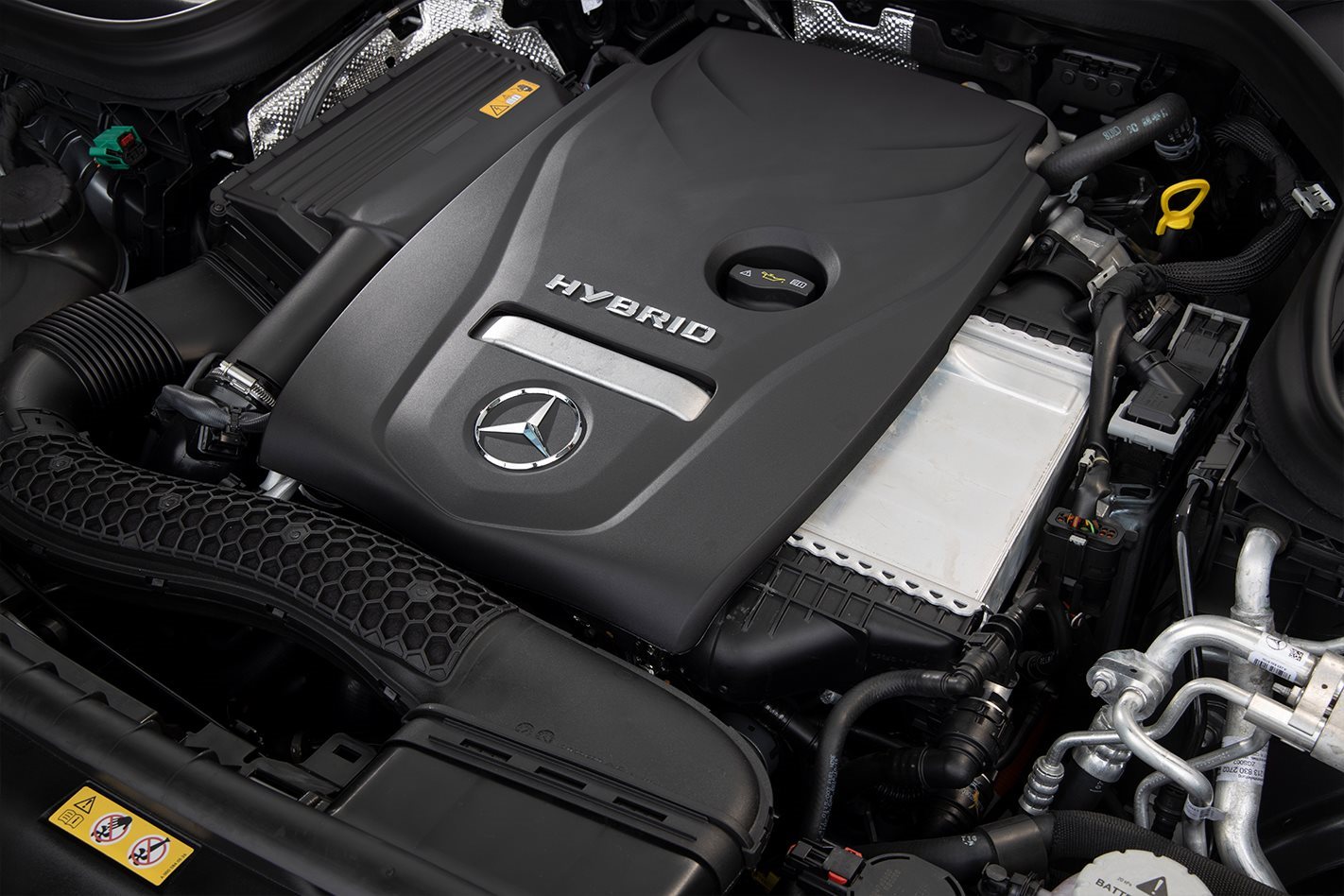 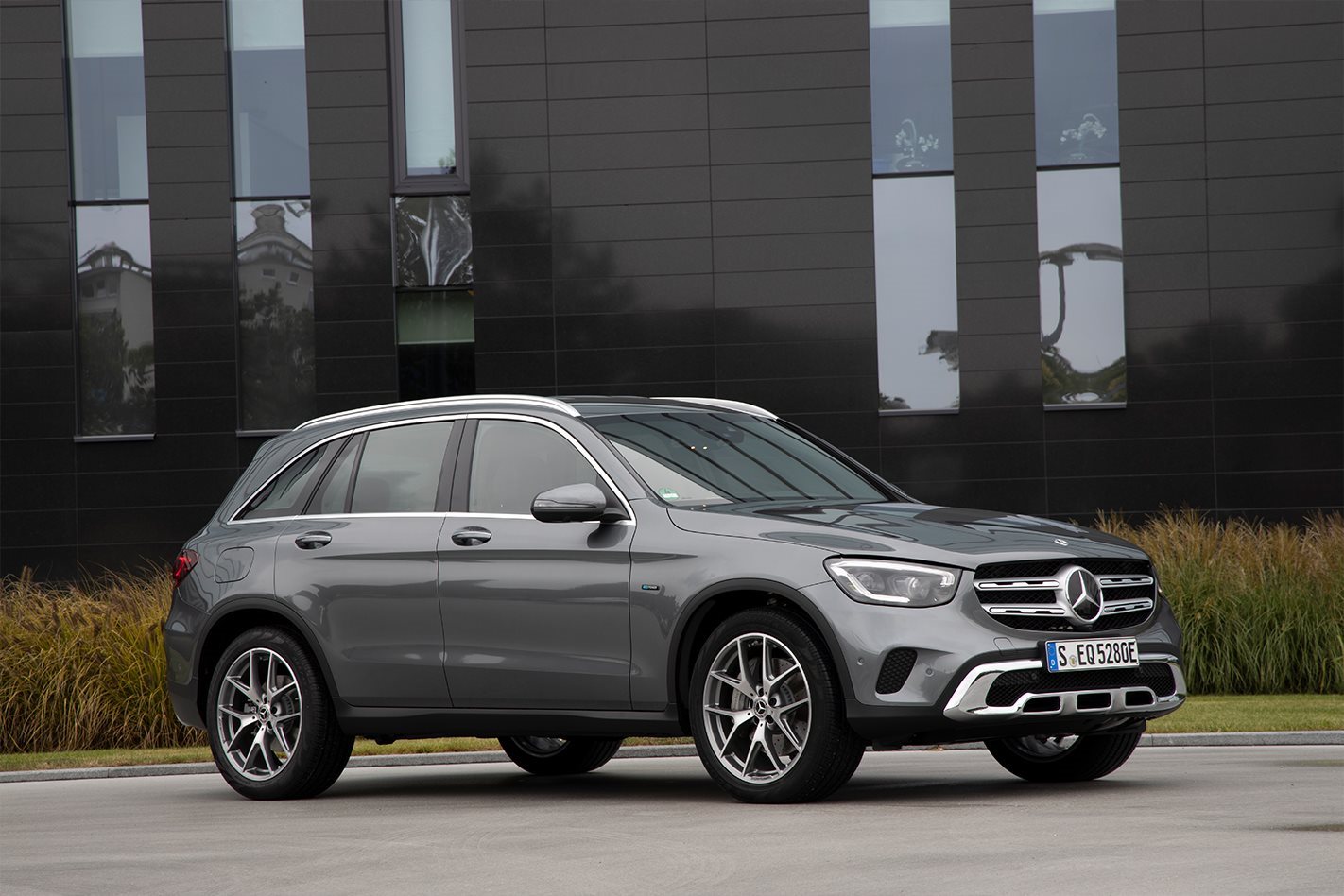