Part One: Nuts And Bolts

PROVIDED it involves cars being built, I’ve become a bit of a sucker for those Mega Factory shows on telly. When you think of all the complexities involved in shipping huge rolls of raw steel into one end of a monster building and having something as remarkable as a modern car rolling out the other end, it really is an act of organisational genius.

If the car-building action slows, I pass the time by carefully observing the line workers and playing the ‘bags not doing that job’ game. Like the poor bloke muscling the diff into position – bags not doing that. The woman bent at some horrible angle pinning the tangled-spaghetti wiring harness through the interior? Bags not doing that.

No, the gig I’d like if I were to work in a car factory is the quality controller. Not only do you get a cool micrometer paint-thickness measuring thingy hanging from a lanyard around your neck, but you get to stand around and critique everyone else’s work: “Gee, old Johnno in wiper assembly is having a shocker; three flung rubbers in a week! Tsk, tsk!”

I find myself slipping into the role of quality controller with the arrival of each new long-termer, but I tend to do it with fingers crossed because if you find a hair in the clear coat it’s a bit too late to circle it with chalk and yell at Tony in the paint shop.

Being your own head of quality can bring great satisfaction (the near-perfect build and finish of the Audi A6 Avant I once ran) to mild disappointment (patchy paint on my red BMW 320i Touring) or leave me screaming: “Noooo! How was this allowed to happen?” (the plastics in my recent Holden Trax).

It’s built at Sunderland in the UK, and whatever they have going on there in the paint shop, it’s working – the exterior finish is super glossy, with minimal orange peel, and unlike some other cars, the paint’s shiny clear coat extends into the doorjambs and around the shut areas. I found myself staring into it like a budgerigar that’s just had a mirror put in its cage.

Likewise, the panel shut lines are all perfect, the gaps around the light clusters beautifully uniform. Inside is less of a thumbs-up, but more on that later.

Our car is a diesel-engined TS, effectively the oil-burner entry point in a two-tier range. It’s hardly povvo; the equipment included is pretty much everything I need, but missing a few things I’d like, such as sat-nav, a digital radio tuner and perhaps two massive subwoofers capable of cracking the rear glass. 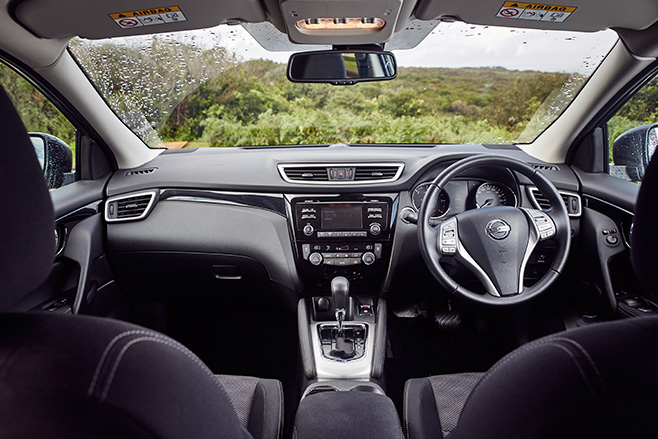 Speaking of rumbles, the Qashqai gets a pass, but not a distinction, for the dreaded diesel NVH issues. Idle is its weakest point – not excessively clattery, just gruff and very audible inside, with tiny vibes that tingle through the wheel and pedals. There’s ample room for improvement.

Likewise the standing-start response: it’s very doughy off the bottom, and doesn’t really start to convert throttle travel and engine noise into meaningful forward motion until the tacho is properly into its upswing.

The engine makes just 96kW from its 1.6 litres, so it’s no ball of fire when you pin it. More important is the 320Nm from 1750rpm; you can mostly drive around the lack of off-the-mark urge, and on the move it’s sufficiently responsive to not be an issue.

So early impressions are of solidity and practicality, all smothered with an aura of non-shouty competence. And all screwed together by a mega-factory of champion Sunderland folk worthy of a TV show.

QASHQAI sits on the new Renault-Nissan Common Modular Family (CMF) platform that also underpins the X-Trail and Renault’s upcoming Espace, Scenic and Laguna replacements. It’s longer (by 47mm), lower and fractionally wider than its Dualis predecessor. I’ve been making full use of its extra space in these first few weeks, as I’ve been going through the delights of moving house. Oh, if only I could do that every month.

WHEELS are 17s, running chubby 60-series rubber. They may not stir the loins like a blinging set of 20s, but they no doubt do go some way to contributing to the mostly absorbent and calm ride. And no, the rears do not get a share of the engine’s output – Qashqai is offered strictly as a faux-wheel drive.

IF WE overlook Mazda’s 45-year detour with the rotary, it would seem the world’s automotive manufacturers are pretty much unanimous on the preferred fundamentals of combustion engine technology. Whether it’s petrol or diesel, Atkinson cycle or Otto cycle, the core design remains common across the board: reciprocating pistons and rods driving a crankshaft.

Interestingly, no such unanimity has been arrived at with automatic transmissions. Torque converters, dual-clutches, automated single-clutches and continuously variable ’boxes all currently litter the automotive transmission landscape.

Nissan has opted for a CVT in the Qashqai, pushing the line that it’s lighter than a torque converter and more efficient. Fair enough; the CVT has undergone a bit of a resurgence over the last decade or so, and Subaru, Mitsubishi and Audi, among others, would seem to agree there’s real merit to the design.

One of the main CVT drawbacks, though, has been a tendency to make the engine sound a bit droney, because they are designed to keep the engine in the optimum power and torque band, depending on throttle position and road speed. Nissan, like some of the other CVT adherents, attempts to reduce this droning by calibrating ‘steps’ into the Qashqai’s transmission map, and it mostly works pretty well. 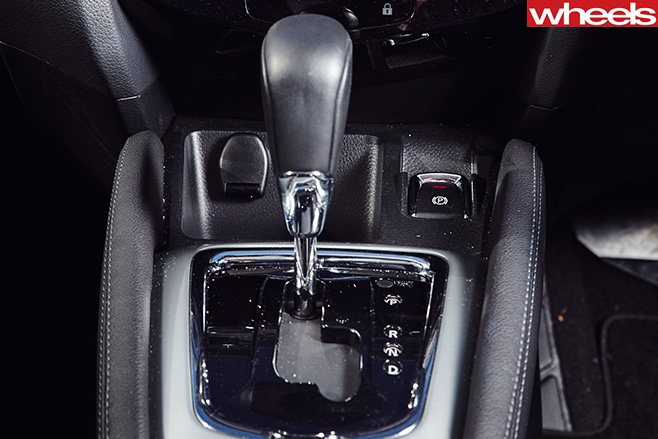 But there are three areas where the Qashqai’s CVT could do things better.

First up, there are no paddles, and moving the lever over for manual shifting sees its selection direction arse-about, with pulls backwards taking you down the seven ratio steps, not up.

Then there’s the off-throttle mapping when you’re coasting downhill. Often, instead of ‘upshifting’ (or is it ‘upbanding’?) and dropping revs, the Qashqai figures the throttle is shut, no fuel is being burnt, so it may as well just rev its little bum off to avoid the need for a downchange when you want to accelerate again. I guess the logic is reasonable; it just doesn’t make for very relaxed cruising on undulating backroads. Non-enthusiast passengers cast me nervous glances, as if I’m deliberately building a big stash of revs with which to unleash hell on the next ascent.

And finally, back in the urban grind, it occasionally stumbles as you come to a near-standstill and then need to accelerate again, as if it hasn’t found the lowest ratio that’s actually needed for smooth progress.

Perhaps the lack of consensus as to the best auto transmission design is because finding one that can do everything brilliantly remains an elusive box of tricks.

Home on the range-finder 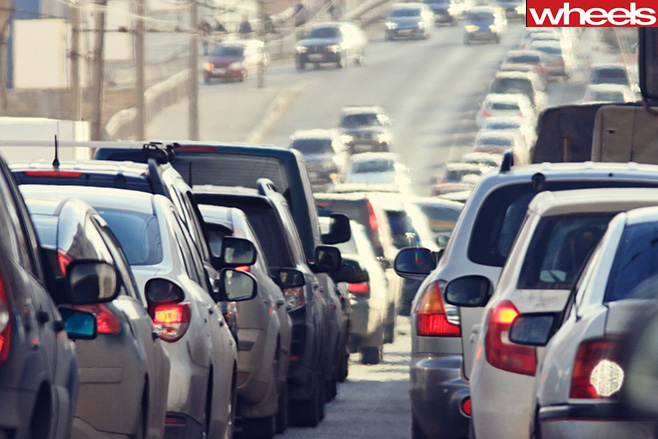 BRIMMING the diesel tank, resetting the trip and seeing an estimated range of more than 700km continues to ignite my little inner glow-plug. I still haven’t taken the Qashqai for an extended freeway run, so given the stop-start-curse-the-traffic nature of my current use, the mid-eights consumption feels entirely reasonable.

A LUNAR eclipse occurs maybe a couple of times a year, which, according to my exhaustive research, is about the same frequency that the average enthusiast driver of an SUV may actually probe the dynamic envelope and see what the thing is capable of when hustled through a few corners.

And it’s with a hung head and a rising sense of shame that I realise I’ve fallen into the same pattern. It’s not as if driving a mid-size SUV has robbed me of the will to live; it’s more that a bunch of disparate elements need to come into careful alignment before driving with any real enthusiasm can actually occur.

First, no kids on board. My daughter will soon be old enough to be riding around with 17-year-old blokes on P-plates, and my hyper-critical self doesn’t want her thinking it’s okay for any of them to drive like I (occasionally) do. Then there’s the ‘no unsecured cargo’ clause, and ideally no partner.

Weekend traffic and cyclists also tend to clutter up my preferred local roads, and public holidays are out because cops are likely to blast you with capsicum spray while they feed your licence through a shredder if they so much as get a sniff of any enjoyable driving going on. 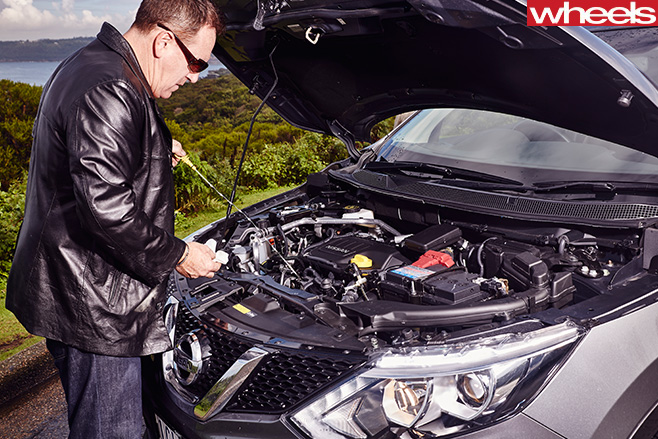 So you can see how narrow the window can get. But after a recent pre-sunrise punt, what I learned about the Qashqai is that it’s one of those SUVs that actually under-promises then over-delivers in the dynamics department.

Initial impressions suggest that the compliant ride and baggy 17-inch tyres may translate into a bit of a boaty-feeling chassis when heat is applied, but it’s not the case. Body control is actually very good, and while the crisp, medium-weighted steering may not deliver the last word in feel, it does provide a decent sense of connection.

Even the diesel engine (pictured above), which is no NVH genius at idle, starts to come good in the upper-mid range, pulling with all the enthusiasm its modest 320Nm can muster. The only (slight) negatives are a bit of axle tramp and torque-steer out of tight or damp corners. Otherwise, this is an SUV that doesn’t mind you treating it like a warm hatch, even if it only occurs once in a blue moon. 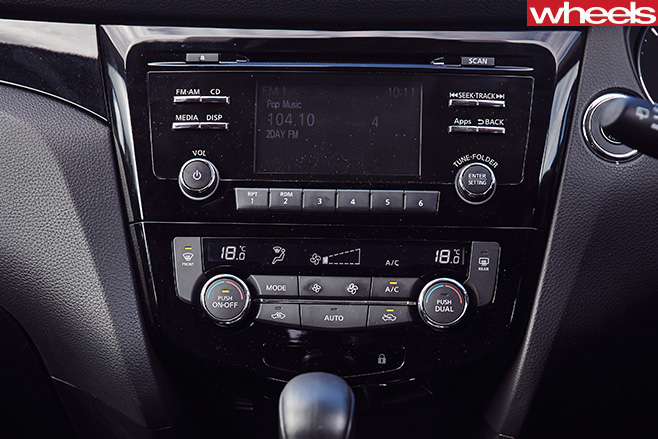 THINK for a second how a good song sounds when played loud through a top-notch car audio system – searing guitar chords, a tight, punchy bass line, drums that deliver a visceral kick. Now forget all that good stuff, because you won’t find it in the Qashqai, at least in the base-spec models. The muddy-sounding, distortion-prone audio system appears to have been specced by beancounters who are AM-talkback enthusiasts, not music heads. So add ‘audio upgrade’ to Nissan’s jobs list for the facelift. 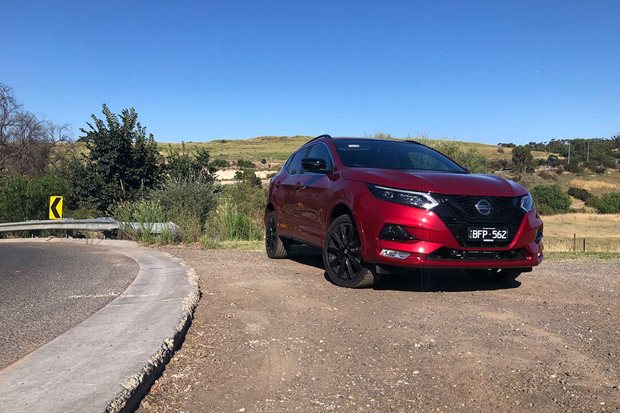