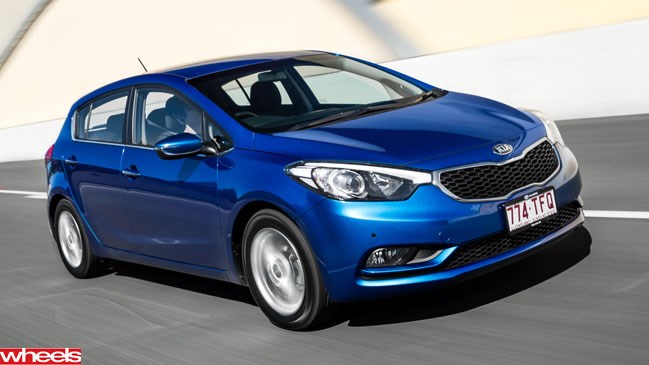 Stone motherless last. Not a position you really want to find yourself, unless, say, you’re a guest of the Americans in Guantanamo Bay and there’s a lengthy cue for a go on the water board.

Stone motherless last. Not a position you really want to find yourself, unless, say, you’re a guest of the Americans in Guantanamo Bay and there’s a lengthy cue for a go on the water board.

For Kia, that position in our last small-car mega test (December 2012) must have caused some furrow-browed consternation. But did can-do Kia start sooking? Pop a spot of anthrax in the post? Invite us over for a little water-boarding session of its own?

No. Instead, it got on with the job of building a better Cerato. This third-gen model ditches the slight anonymity of the previous version; it’s also longer, wider and lower than the car it replaces. It rolls on a platform that increases the wheelbase by 50mm (shared with the Hyundai i30), is powered by new engines, and still offers one of the best warranty and fixed-price servicing deals in the business. Crucially, as with the Cerato sedan we drove in June 2013, the hatch has also seen some worthwhile spanner time with Kia’s go-to local chassis bloke Graeme Gambold.

Another bout of cellar dwelling seems very unlikely. Clearly the Koreans understand the importance of local suspension tuning. Springs, dampers, bushes, anti-roll bars and tyres have all been given attention to get the thing breathing in sync with Aussie roads.

As with the sedan, Cerato hatch is yours in one of three spec levels. The base S runs a 1.8-litre four (110kW/178Nm), comes pretty well equipped and squeaks under the $20,000 drive-away mark. At least it does as a manual – the auto adds $2000, as it does on whichever Cerato you fancy.

Mid-spec is the Si, which gets you behind the 2.0-litre direct-injection four, making 129kW. It rolls on 16-inch rubber; importantly, the size on which the local suspension work centred.

Top-spec SLi adds leather, nav, 17s, and heated/vented seats, among other things, but pushes the price in auto form to just shy of $30K, which kinda tempers its appeal a bit.

Styling wise, the hatch shares the good-looking (if slightly Botox-in-a-wind-tunnel) front-end treatment of the sedan, but ties it with a pert rear, capped by a discreet roof-mounted spoiler.

Inside, what was already one of the more accommodating small cars has become even more generously proportioned, making the packaging a real Cerato strong suit. Hip-point drops slightly compared to the old car, freeing up a little more headroom, while the seats are wider and the roomier rear is fine for two six-foot adults, or three smaller units.

On the road, the mid-spec Si Cerato tends to be one of those small cars more noteworthy for its chassis than its engine. The atmo four is not gutless down low, but in this increasingly torque-rich turbo age, you quickly notice that peak torque doesn’t arrive until 4700rpm. The six-speed auto is largely unobtrusive, but does demand a sizeable boot via the throttle to acknowledge your intentions. A shame, then, that paddle shifters are only offered on the top-spec SLi.

Point the Si into a typically patchy Aussie backroad bend, though, and it’s instantly apparent that Gambold’s forces of good have been at work under the Cerato. There’s confidence in the front end, decent body control, and a rear that soaks up the bumps without kicking off line. The ride, too, has a nice level of pliancy, and the whole thing feels well resolved, apart from the remoteness of the steering.

The suspension tune doesn’t translate as effectively in the top-spec SLi model on 17-inch wheels and tyres. The ride is way busier; the road surface not as well masked. Not ideal, but well short of torturous. And comfortably clear of that cellar.

Click here to read the full range review of the Kia Cerato. 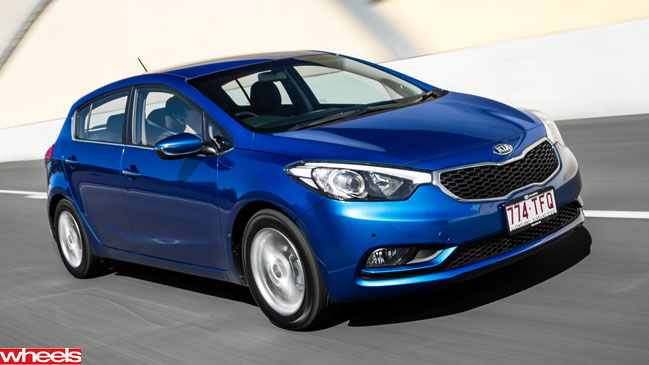 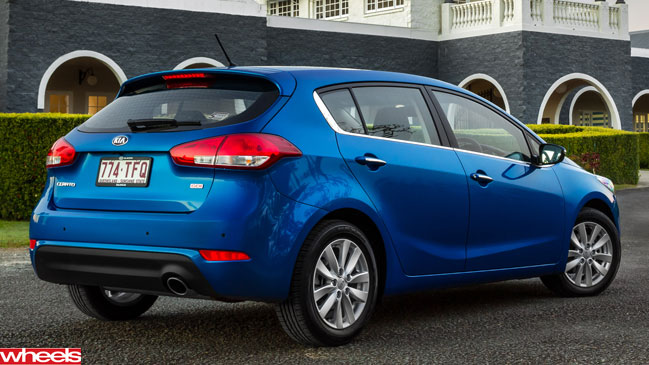 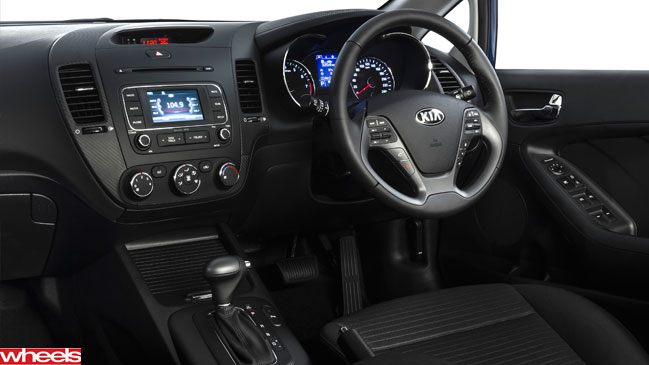