We can thank Australia’s big mining companies for giving the 70 Series Land Cruiser a new lease on life.

Back in 2012 they announced a five-star safety requirement for their entire fleets, but soon realised the likes of medium-duty one-tonne utes such as Hilux and Ranger were not suitable replacements for their heavy-duty Cruisers, so they hounded Toyota to upgrade the 70.

Meeting the five-star safety rating was no easy task, and this new LC70 has been under development for five years, with much of the evaluation and engineering taking place right here in Australia, predominantly on gravel roads and off the road. But the only variant of the 70 Series to achieve the five-star ANCAP rating is the Single Cab Chassis, which is the vehicle the mining companies so desperately wanted back on their fleets. 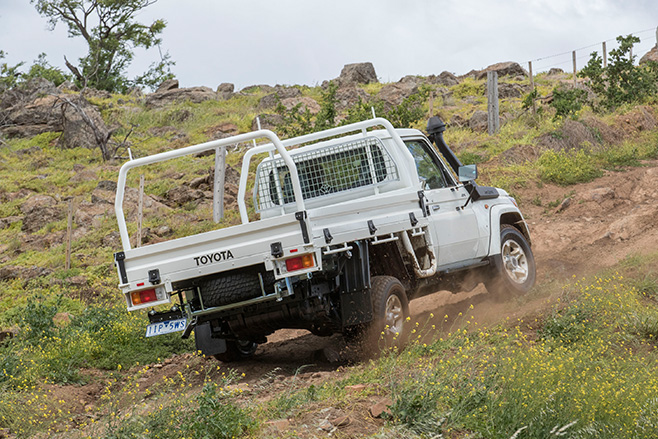 While the other variants (Double Cab, TroopCarrier and Wagon) don’t achieve a five-star rating, they have still benefitted greatly from several upgrades that improve safety and the vehicle’s touring capability.

Off-roaders will be happy to know that VSC automatically disengages in low range, and A-TRC can be manually disengaged for sand driving. Front and rear diff locks are still standard on GXL models and optional on Single Cab GX and Double Cab Workmate variants. 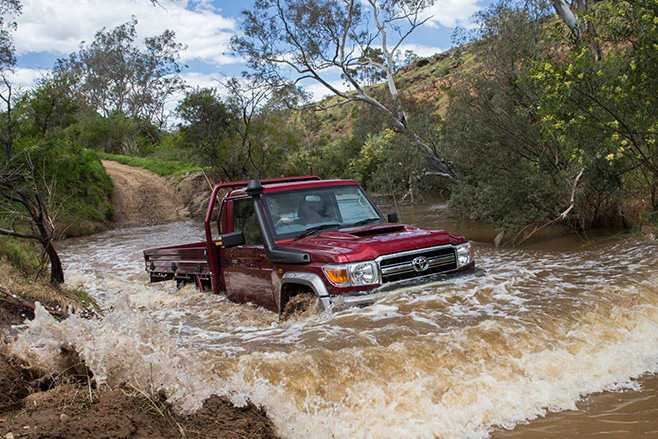 “We developed and tested the stability and traction control systems primarily on dirt roads where LC70 is driven most often,” explained Ray Munday, Toyota Australia’s manager of off-road evaluation.

“The hill-start assist has been engineered to be effective while towing and when facing a steep hill with a load in the back,” added Mr Munday. HAC also disengages after four seconds so the driver can easily reverse the vehicle if desired.

All models are now fitted with front seatbelt pre-tensioners and a passenger seatbelt reminder, while a new bonnet across the range features a more pronounced “power bulge” designed to provide sufficient clearance above engine-bay components to meet pedestrian impact requirements.

The split-rim wheels on lower-grade Workmate models have now been replaced with single-piece 16x6-inch steel wheels with 225/95R16 tyres. 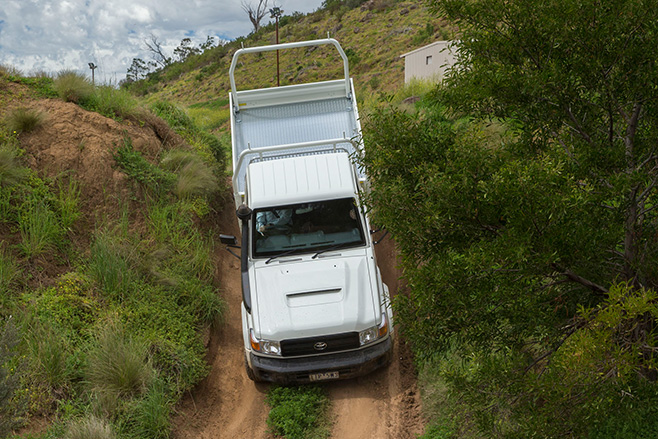 Single Cab models have been given a thorough going over to attain the five-star ANCAP rating. They have thicker and stronger chassis rails, modified cross members (now seven in total), five airbags (driver and passenger, side curtains and driver’s knee), under-dash padding for the passenger, 12 new or thicker body panels including bonnet, pillars, doors and floors, new seats and a relocated steering link (to alter crash characteristics).

Toyota was unwilling to comment on whether variants other than the Single Cab would be engineered to attain a five-star ANCAP rating but, considering the amount of engineering required to achieve this, we recommend you don’t hold your breath. 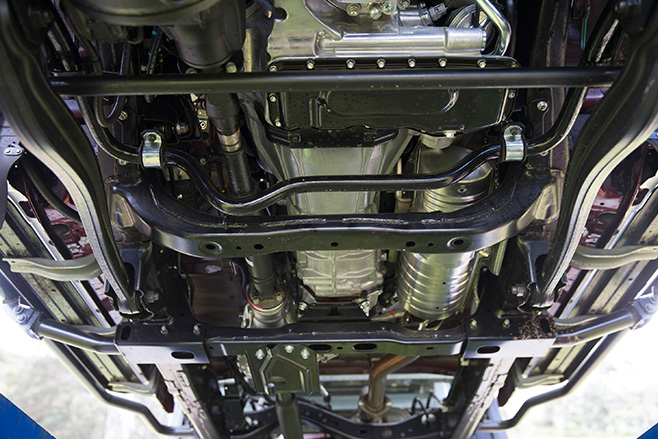 A diesel particulate filter (DPF) has also been fitted, featuring automatic regeneration for normal driving or manual regeneration for situations where the vehicle is driven at low speeds for long durations, such as in mines. Peak power and torque outputs are unchanged at 151kW at 3400rpm and 430Nm from 1200-3200rpm, but Toyota claims improved fuel economy (10.7L/100km combined cycle) and lower emissions (281g/km).

The most noticeable mechanical upgrade is to the five-speed gearbox, which has revised second- and fifth-gear ratios. Second gear is now seven per cent taller, while fifth is almost 15 per cent taller, resulting in much more relaxed highway touring, with around 1900rpm showing on the tachometer at 100km/h in top gear. The taller gearing also contributes to the improved fuel economy.

New body panels on the Single Cab variants result in improved NVH levels, while the aforementioned changes to the chassis result in increased torsional rigidity. Single Cabs also get revised damping tuned for the altered chassis. 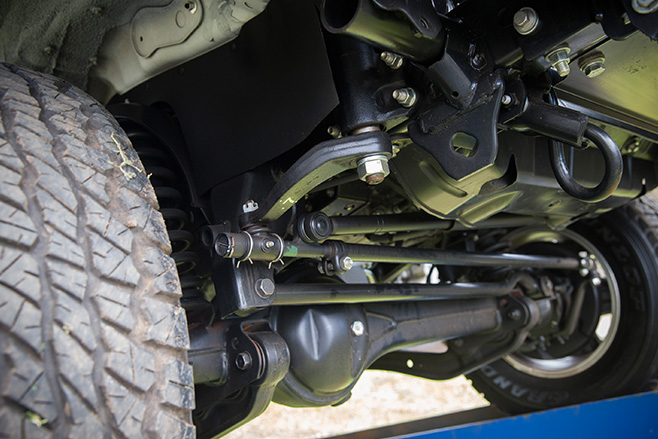 Other changes across the range include the addition of auto-locking front hubs with a manual-locking function, and a fuse box (with a bank of 10 fuses) for safe and easy fitting of accessories.

The fitment of the DPF has meant that the exhaust had to be re-routed, so the Single Cab no longer has two 90-litre fuel tanks, but instead is fitted with a single 130-litre tank.

LOCAL TESTING
Toyota says the new 70 Series has been subjected to more than 100,000km of local testing in some of the harshest conditions in Australia. Toyota Australia’s manager of off-road evaluation, Ray Munday, said that much of this consisted driving in “no road” environments, reflecting the varied uses that 70 Series drivers subject the vehicle to, such as “exploration mining and by farmers tending livestock or mending remote fence lines”.

“Buyers around the world can be confident the new LC70 will meet their toughest demands because it has been developed and thoroughly tested to overcome the extremes of the rugged Australian continent,” said Mr Munday. 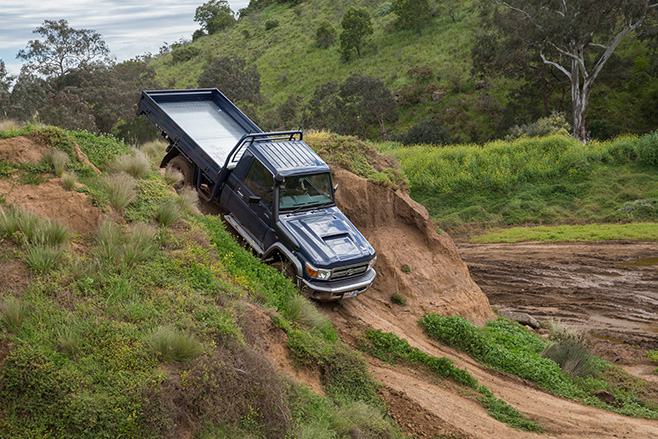 “Our development and evaluation involved as many different conditions as possible – from the high country to thick mud, rocky deserts and sand dunes – everywhere from our proving ground in Victoria to the red centre and other outback locations.”

DRIVE IMPRESSION
Our drive of the new 70 Series consisted about an hour on the blacktop (freeway and back roads) and a run around the excellent Melbourne Off Road Training and Proving Ground near Werribee, Victoria. 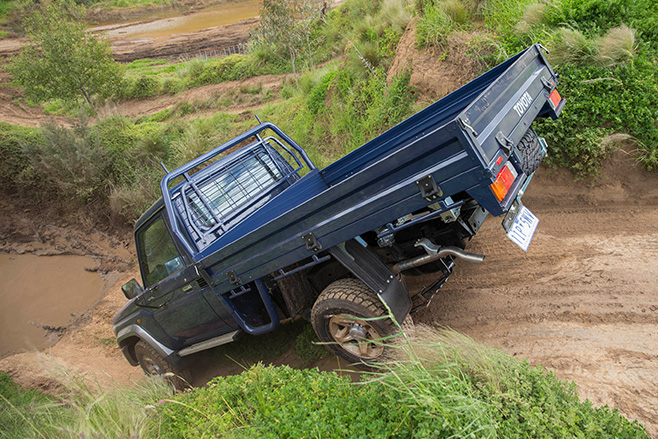 As mentioned previously, the taller fifth gear has the biggest impact on the driving experience, with more relaxed open-road touring. Lower revs, new body panels and greater torsional rigidity appear to combine for reduced NVH levels at highway speeds, although wind noise is still quite pronounced, especially around the A-pillar where the OE snorkel is mounted.

On gravel the VSC certainly doesn’t feel too intrusive, allowing the rear to slide around a little before it intervenes; you can sense the engineers tested this thing on gravel roads.

One change to the Single Cab that was difficult to measure was the revised damping, although the vehicle certainly felt compliant enough without a load on board. Another change that felt immediately beneficial, however, was the new seats, which offer much greater comfort and better support via improved side bolstering. Cruise control is also now standard across the range. 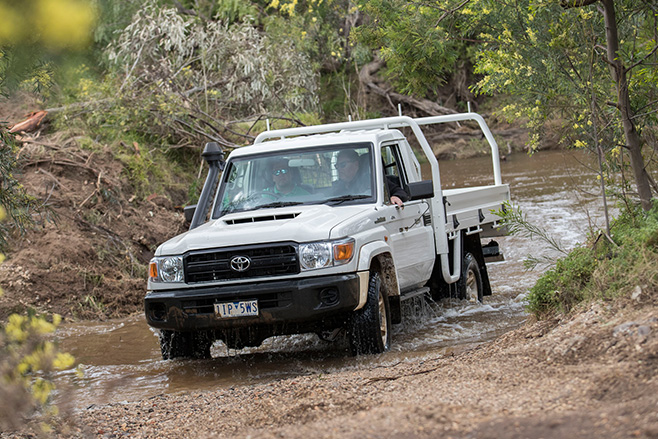 Off-road, the V8 still pulls like a train from just above idle, and the excellent low-range gearing combined with lockable front and rear diffs, heaps of ground clearance and fantastic wheel travel make the 70 one of the most capable out-of-the-box 4WDs on the market.

WHAT DOES IT COST?
All of the new features on 70 Series come at a price, but considering the significant engineering that has gone into modernising this workhorse, the increases are not excessive.
Wagon, Troopie and Double Cab models are up by $3000 across the range, while the five-star ANCAP-rated Single Cab models are up by $5500. Air-con is still optional ($2761 fitted), which is surprising considering the take-up rate is almost 100 per cent. Premium paint adds $550.

BRIGHT FUTURE
Toyota engineers from Australia and Japan spent a lot of time speaking with 70 Series buyers in Australia and are well aware of the desire for the rear wheel track to be widened to match the front track, but unfortunately that wasn’t considered enough of a priority to make the list with this model update. 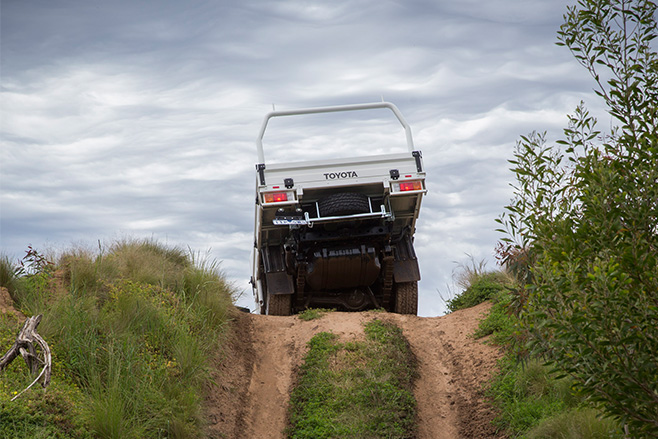 When queried on this Toyota didn’t dismiss the idea out of hand, so it’s possible this will be remedied in the future. And Toyota now envisages a long and bright future for the 70 Series, a vehicle that first saw the light of day back in 1985, and now doesn’t have any serious competitors in the marketplace.

“For more than 30 years, miners, farmers, governments and many other users have turned to the go-anywhere 70 Series to traverse the most inhospitable terrain and complete the toughest jobs. 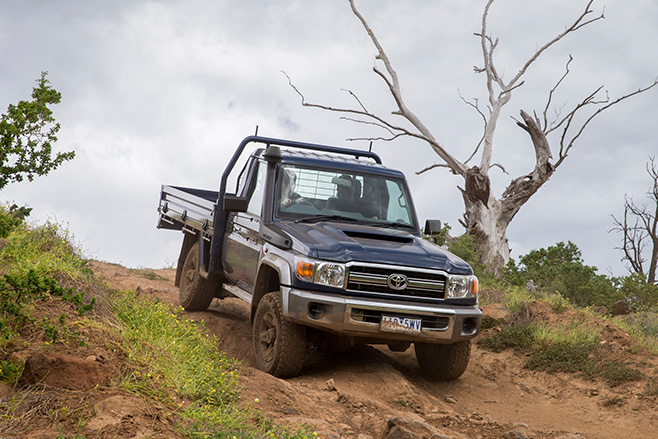 “Toyota Australia was determined to return their loyalty and, with the support of our parent company, devoted significant resources to ensure we and our dealers could continue to meet demand. The only alternative was to walk away from this model – and that was not an option.” 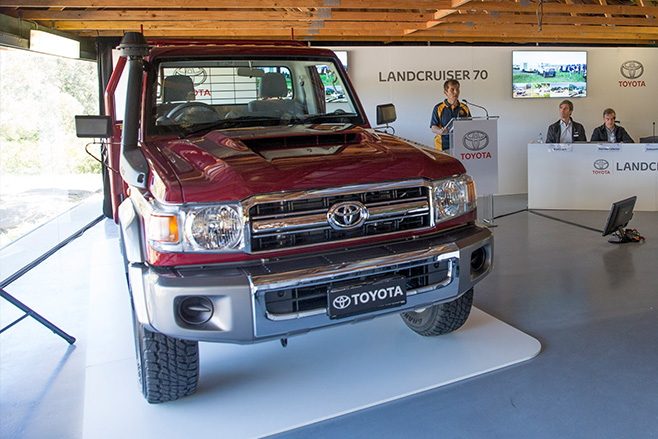 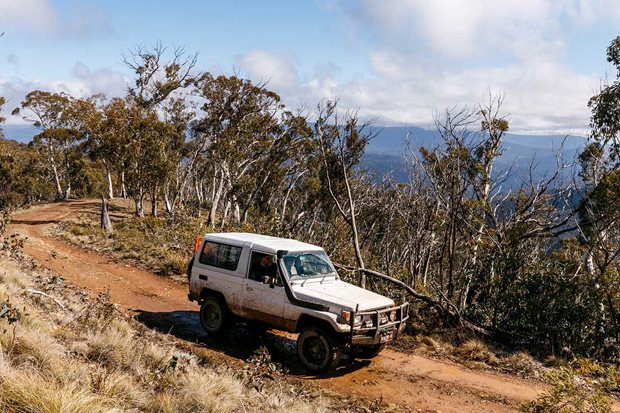 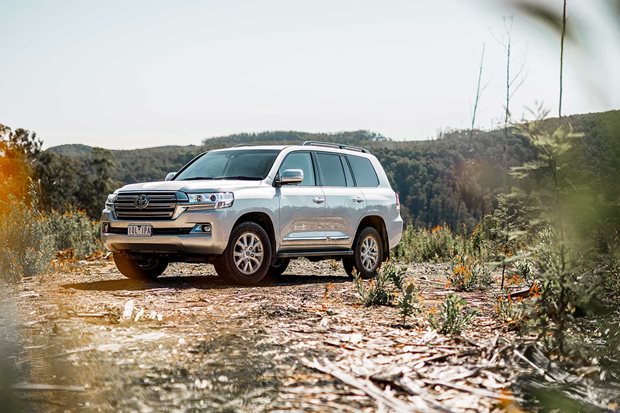