TO properly put Land Rover’s quintessential off-roader, the all-new Discovery, under the microscope, we gathered a trio of intercontinental rivals and took the foursome to some punishing WA terrain.

The Discovery is in a different class to its immediate competition, especially when it comes to cabin ambience. You pay for the privilege, though. Our HSE Sd4 starts at $93,550 ($3400 more if you want an extra row of seats). 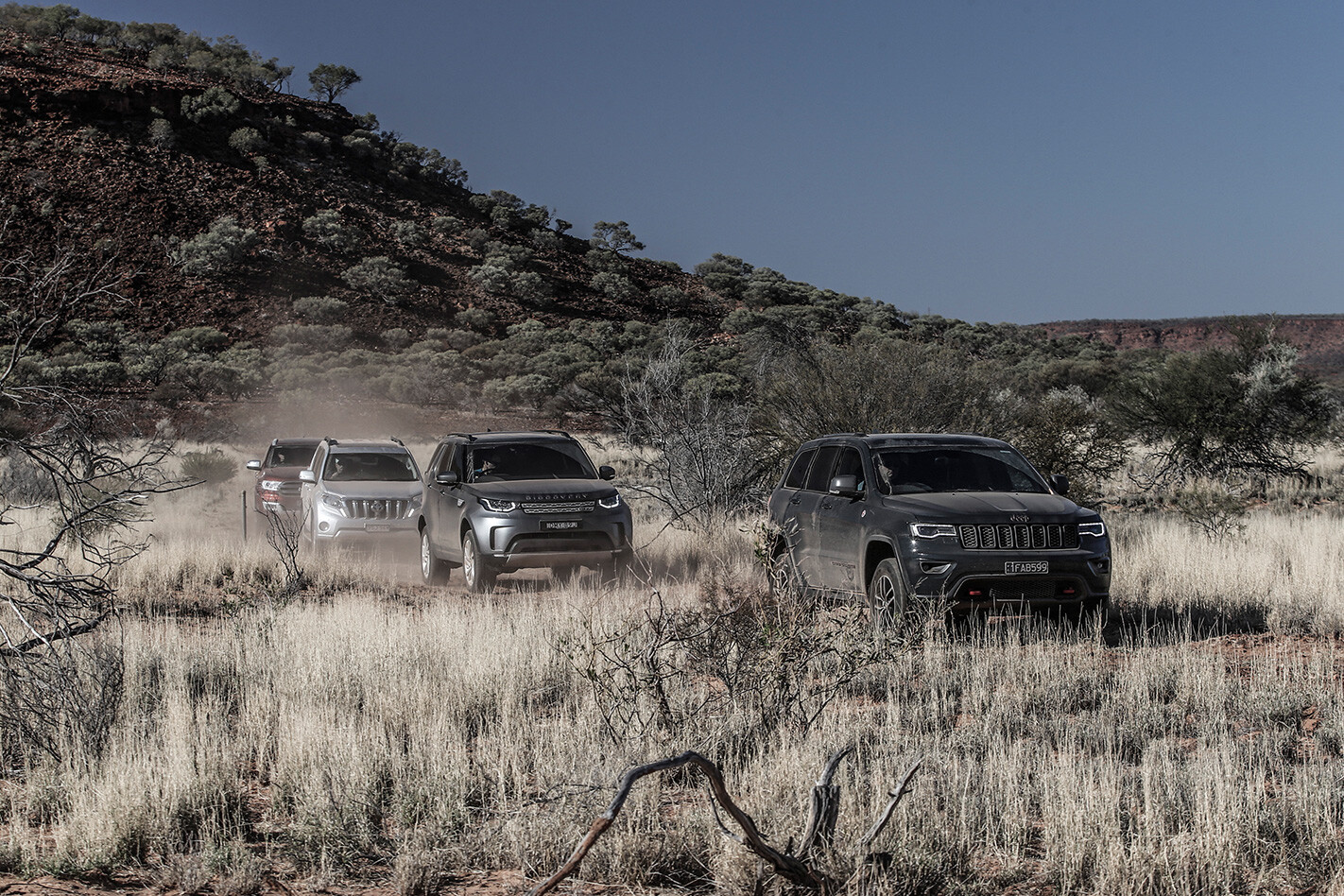 The Ford Everest Titanium shares a basic mechanical package with the hugely successful Ranger, right down to the grunty 3.2-litre five-cylinder. At $74,701 the Titanium is a big whack for a car with lots of grey plastics that don’t do a lot to justify the price. The list of standard gear is also thin, doing without things such as smart key entry or auto braking.

The Trailhawk is the most off-road-capable version of the Grand Cherokee, and it hits a note for tourers that favour luxury over interior space. At $74,000 it’s loaded with kit, including leather and suede, and it also comes with a tantalising sales pitch among this quartet: more power. The 3.0-litre V6 twin turbo diesel musters 184kW and 570Nm. Toyota’s 150 Series Prado Kakadu GXL’s 2.8-litre four-cylinder manages just 130kW and a more respectable 450Nm, which arrives from just 1600rpm to make it a handy performer on initial throttle applications. There’s no zing or excitement, but none of this affects its performance off-road, as the engine is, after all, better suited to grunt work. For all the facts and all the fun, watch the above video. And read the review in detail by picking up a copy of the 4X4 Australia Summer Edition, in stores now.