We're a greedy lot, us car enthusiasts. Holden has dug into its bag of goodies and installed the 6.2-litre LS3 engine in its final VF II Commodore, however for many V8 fans 304kW and 570Nm won’t be nearly enough.

Walkinshaw Performance knows this, which is why it has created the W547 package to give power junkies the hit they crave. How big a hit? Well, as the name suggests, there’s 547kW, backed up by an impressive 880Nm. 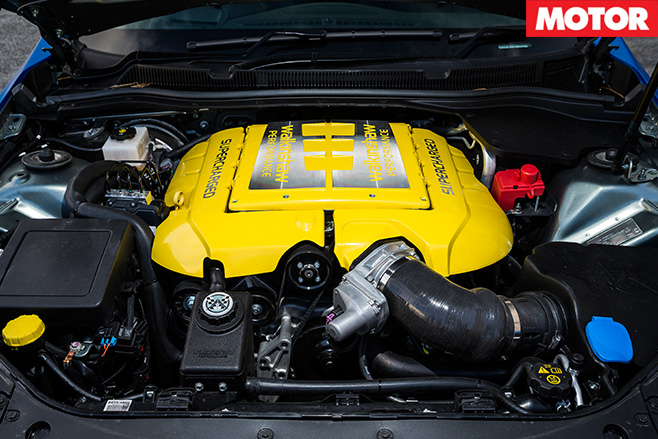 At $25,990 supplied and fitted, this is not a cheap upgrade, however Walkinshaw will honour the balance of new car warranty on all its parts, as well as any factory parts affected by the upgrades (ie, the driveline).

Our test of the Walkinshaw W547 couldn’t have been more poorly timed. Day one was a 42-degrees Melbourne scorcher, while the heavens opened on the second. Tough conditions for a big-power Commodore, but its behaviour in the heat was impeccable, with no stutters, hiccups or cooling issues whatsoever. 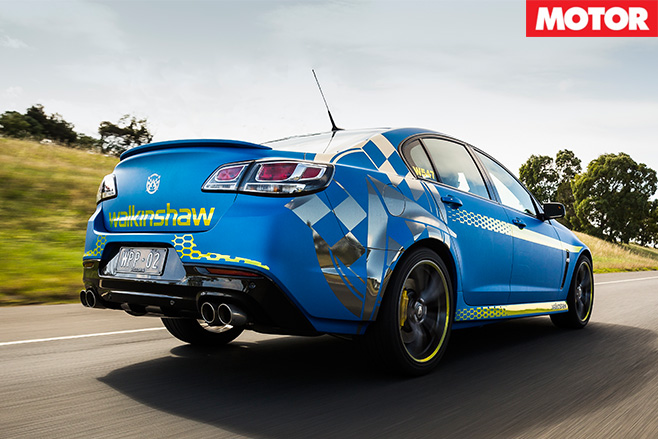 The throttle has been carefully mapped to be quite dull in the first part of its travel, making the W547 docile in traffic, however floor it and you’re moving in a real hurry. Our test car wore 20-inch rims with Clubsport-spec Continentals (255mm fronts/275mm rears); controlling this much grunt on a standard SS’s 245mm rubber would be… interesting.

On wider, stickier rubber, traction is impressive, though easily broken, especially on a slippery surface. That said, while care must be taken as the car can (and will) wheelspin in third or fourth gear, it’s relatively easy to control thanks to the Commo chassis remaining untouched – this isn’t some stiff, harsh-riding road-racer. 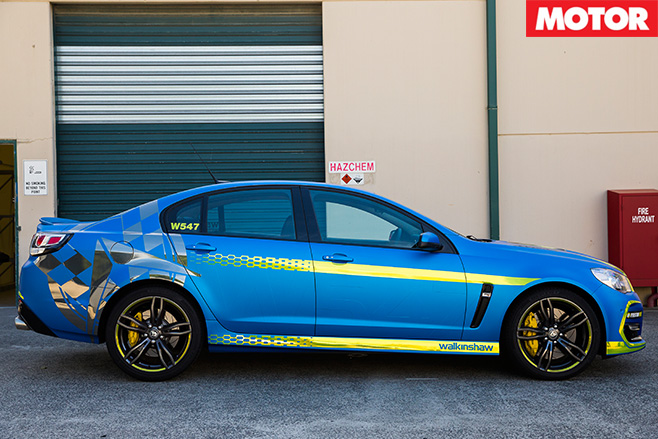 Walkinshaw’s test W547 wears 363mm rotors with six-piston calipers up front and a 350mm/four-piston combo at the rear, and this $5990 package should be considered mandatory. A Brembo-equipped Redline might be okay, but this much power with standard SS stoppers would be borderline lethal.

Add the power and brake upgrades to a regular automatic SS sedan and you’re nudging $80K, which interestingly is almost identical to what HSV charges for the new Clubsport LSA. Our pick? Well, the W547 is faster, sounds better and, being based on the Holden SS, is the more playful handler, too.

Now, about that colour scheme. 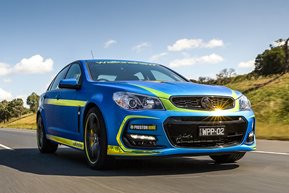