Range refresh introduces a cleaner petrol engine for Toyota’s strong-selling mid-sizer, and more sting in the price of its sporty model

TOYOTA has extended its locally developed sports suspension to more Camry models as part of a mild makeover of the brand to bring it in line to meet tougher engine emissions targets that will hit all carmakers later this year.

The carmaker has announced that the tweaks to the suspension and steering that make the Atara SX-badged car the most dynamic Camry on offer will now also extend to the range-topping petrol or hybrid SL, although as a box to tick on the options list rather than standard equipment.

However, the petrol-engined Atara SX will jump in price by $1500 to $33,490 – the only Toyota Camry in the seven-model line-up to face a price rise – but Toyota claims the extra cost is more than offset by the list of added equipment the car gains. 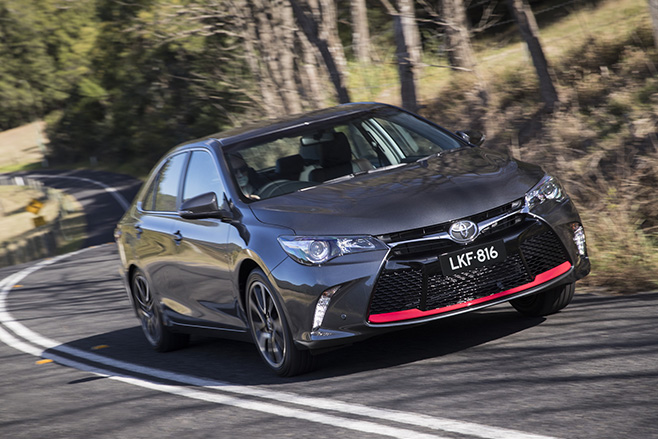 This includes a larger seven-inch touchscreen with satellite navigation, as well as a JBL audio system with digital radio. The reversing camera linked to the screen now includes guides that show where the car is reversing.The Atara SX will also use different 18-inch alloy wheels, red inserts along the lower edge of the front grille and rear diffuser, and a powered sun blind for the rear window when it goes on sale next week.

Toyota said the updates to the Camry range include modifying the locally made 2.5-litre four-cylinder engine used in both the conventional and hybrid models to meet tougher Euro 5 emissions standards that come into play in Australia later this year. 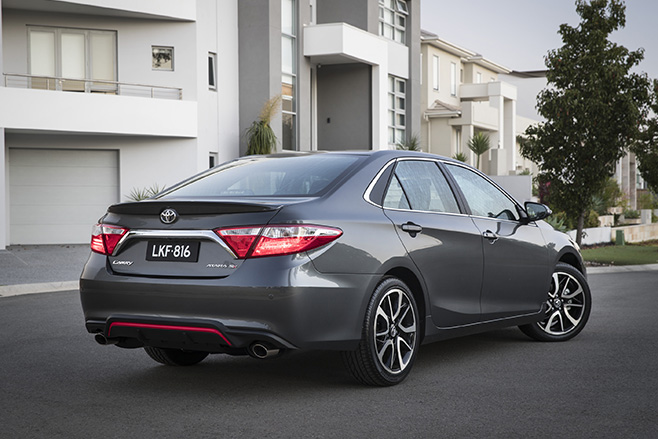 All Camry models, apart from the $26,490 entry-level Altise, gain front and rear parking sensors. The Atara models add a colour 4.2-inch display to the dash, while at the top of the range, the $37,400 Atara SL adds a wireless device-charging pad.

The tweaks to the Camry range – the car still counts among Toyota’s best-selling models here, largely based on government buying policies that encourage the support of local carmakers – come little more than a year after a major makeover of the mid-size sedan that will carry it to the end of Australian production late next year.

The Big Little Change Camry, as the 2015 Australian redesign of Toyota’s global mid-size passenger car was known, was limited to cosmetic changes to the exterior, with the locally built model missing out on a number of interior enhancements and driver safety aids built into cars sold overseas. 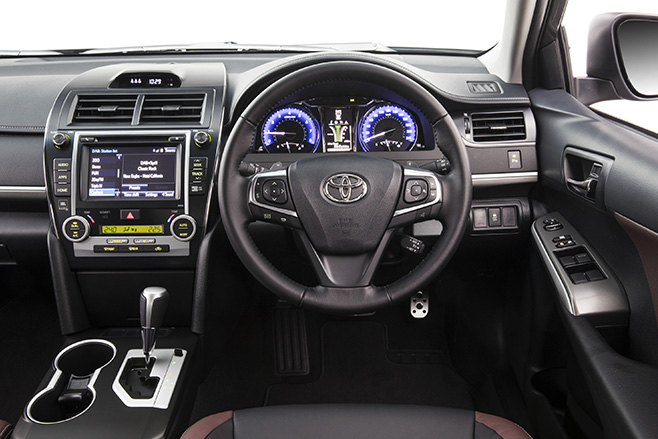 Toyota is yet to announce where the fully imported Camry will be sourced from.

Australia’s switch to a tougher petrol engine emissions standard for all new cars sold here kicks in from November 1 – it is also one of the reasons Ford decided to quit local manufacturing in October this year, as its Geelong-built 4.0-litre in-line six-cylinder engine would not meet the deadline.

As well as the Ford Falcon and Territory, the emissions standard has claimed another high-profile victim – Nissan’s Micra small car, which will also fall off the Australian market later this year.