Kia reveals its new small sedan at America’s biggest motor show, though it’ll be six months before it debuts Downunder as the Cerato sedan

Kia’s big reveal at this year’s Detroit Motor Show was the new-generation Forte, a car which will arrive in Australia in the middle of this year with the steering wheel on the right side and Cerato badges on its bootlid.

And when it gets here, it will give the Korean automaker a much-needed shot in the arm in the still-vital small car segment. A new Cerato hatch isn’t due until the end of the year, but the box-fresh Cerato sedan will offer a significant step up from the outdated present-gen car. 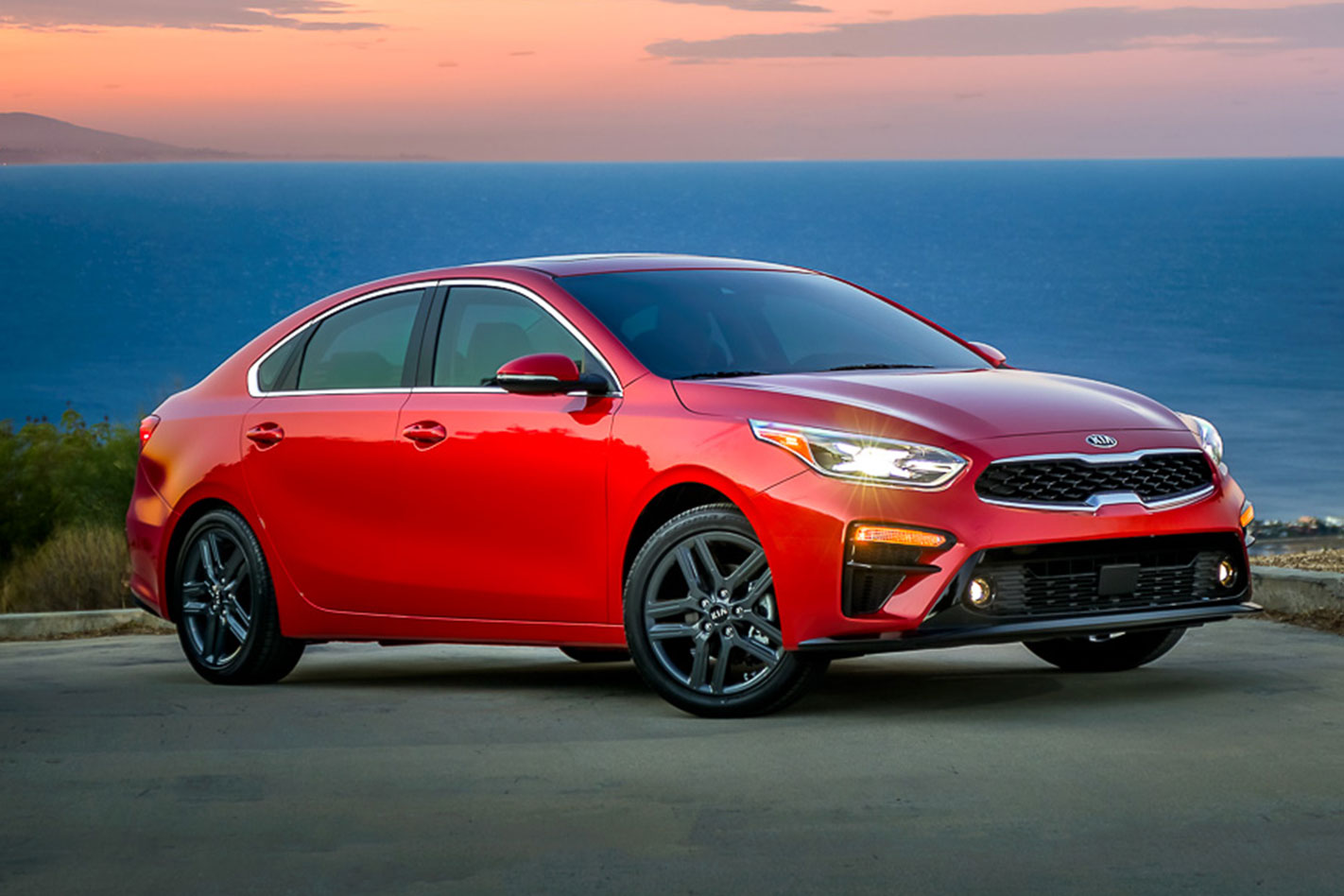 The most notable improvements are easily discernable from a distance. Now slightly larger in width and length (by 81.3mm and 17.8mm respectively), the 2018 Cerato sedan also adopts a more appealing fastback silhouette and subtly pumped bodywork for an athletic and assertive stance.

On the inside, the new Cerato sedan steps away from the dull dash design of the current car and towards an i30-esque cabin fit-out, with an eight-inch touchscreen infotainment display sprouting from the top of the dash and a similar layout to that of its corporate cousin. Kia claims that material quality has also been substantially improved, with greater application of soft-touch surfacing throughout the cabin. 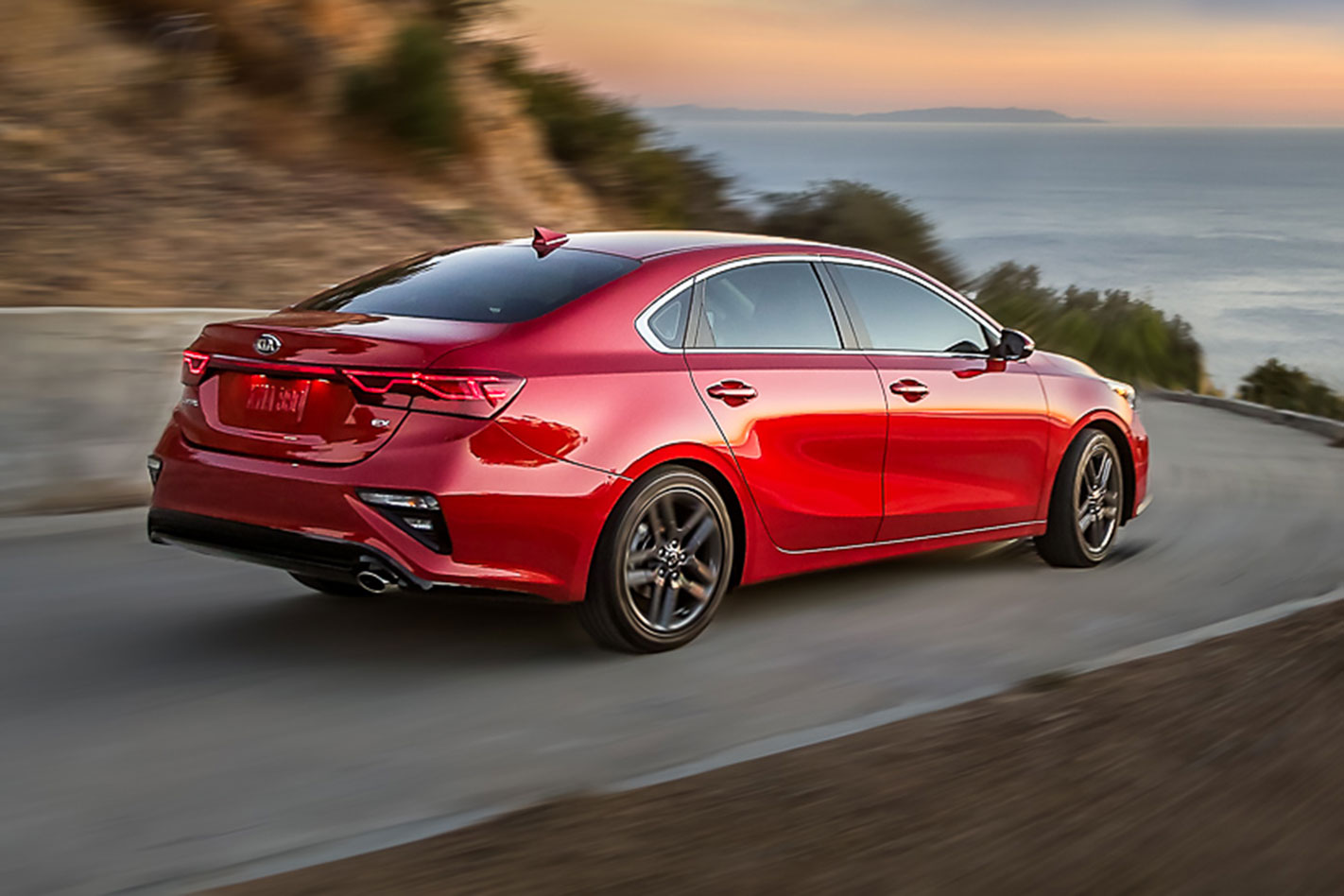 The American market will receive a 2.0-litre naturally-aspirated petrol four-cylinder as the mainstay engine, which can also operate in the efficiency-optimised Atkinson cycle to minimise its fuel burn. For Australia the new Cerato sedan’s engine line-up has yet to be confirmed, but expect lower-grade variants to use a carry-over 2.0-litre with 112kW.

In the US market a six-speed manual will be standard, while the current car’s conventional six-speed automatic will make way for a continuously-variable transmission – dubbed “IVT” by Kia, for “Intelligent Variable Transmission”. 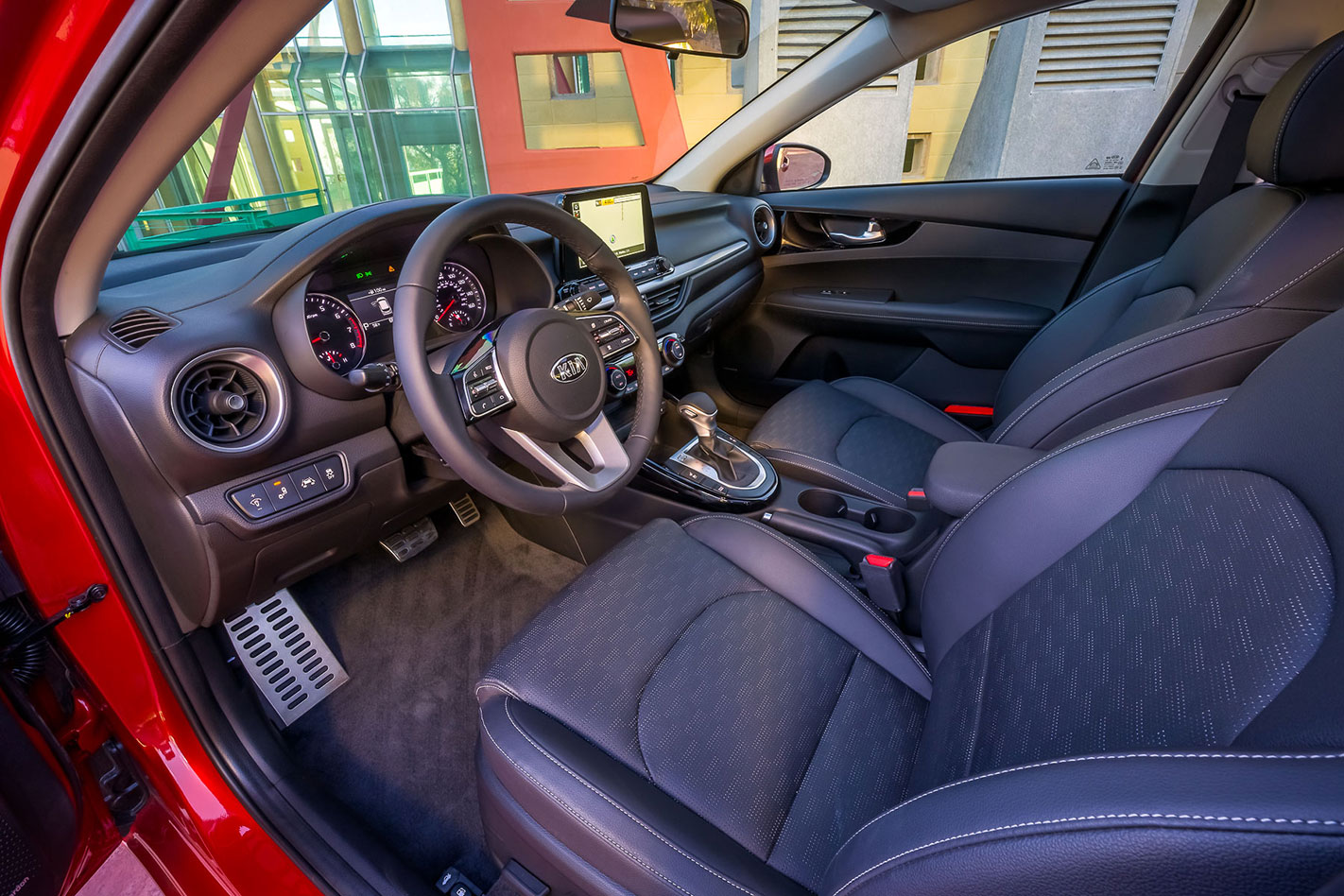 Other under-the-skin tweaks have been applied to the suspension geometry and electric power steering, both done to boost handling response, stability and improve steering feel.

Local specifications are still far from being locked in, however Kia Australia has indicated that the new Cerato sedan is on track to launch midway through 2018, with its hatchback counterpart arriving sometime in the fourth quarter.