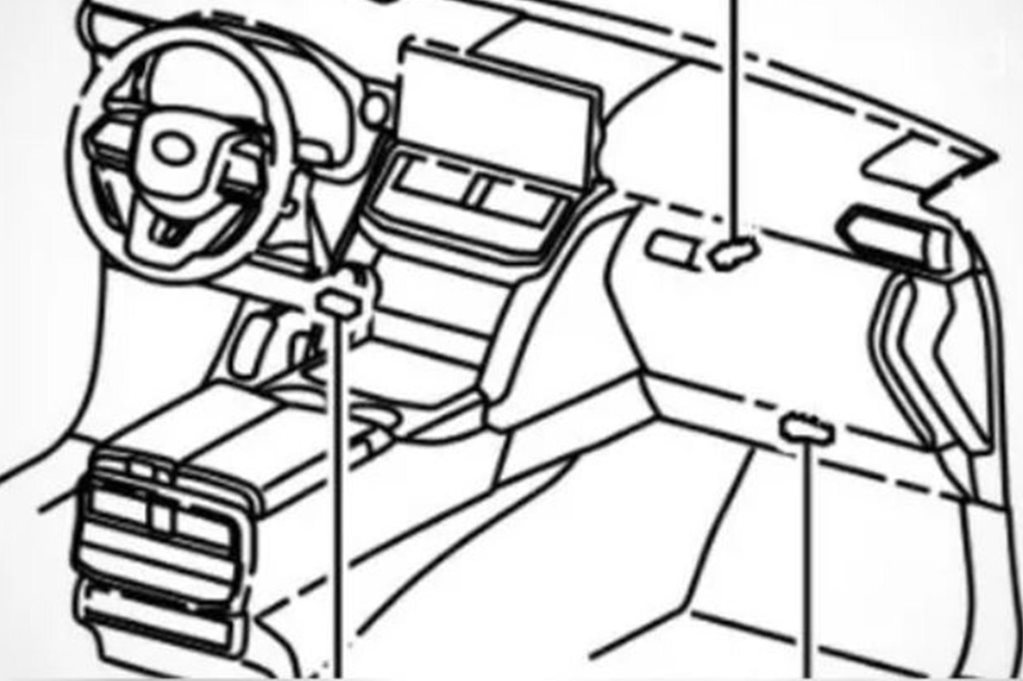 Drawings point to large infotainment screen and even a GR model

The images, first published on several LandCruiser and 4x4 forums including Kurdistan Automotive Blog, show a series of drawings intended for internal use by Toyota employees.

Perhaps the most notable feature of the possible new interior is the large, most likely 12-inch touchscreen infotainment display which sits proudly mounted in the LandCruiser’s dash. 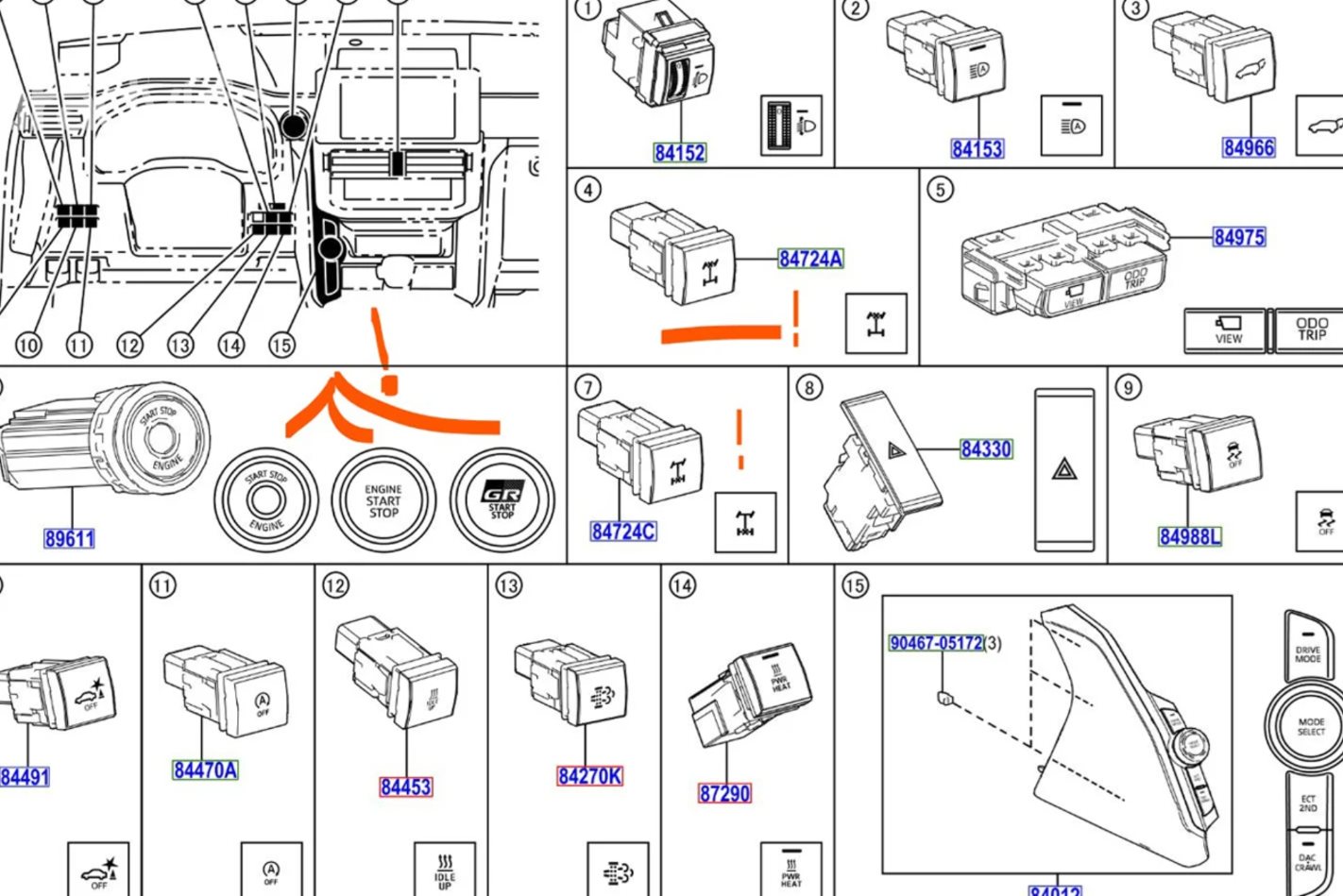 Below the large display sit two centrally-mounted air vents, and on either side of the driver’s seating position are two double-stacked rows of physical buttons, which operate the various functions of the car.

The internal sketches depict a LandCruiser with a left-hand drive configuration, so the large push-button ignition sits on the right-hand side of the driver. However, this could change to the opposite side of the vehicle for right-hand drive variants of the 4x4.

Whatever the case, it seems the start-stop engine button will be available in two guises – standard and GR-branded – which would suggest the new 300 series will be spawning a sportier model honed by Toyota’s Gazoo Racing (GR) outfit. 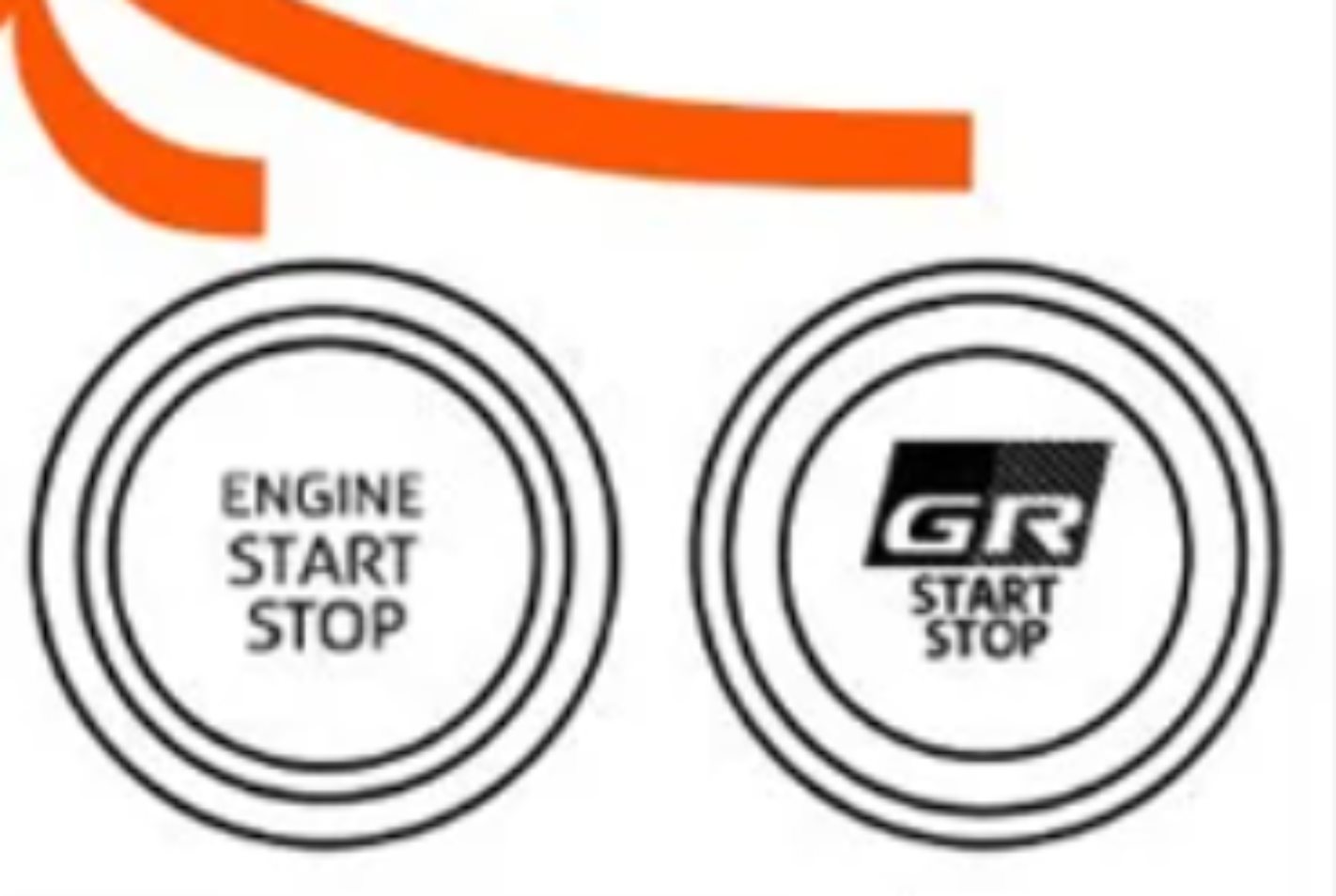 Another important feature of the sketches is the new driver-mode select station, which sits below the start-stop button at the driver’s knee height.

This will presumably allow operators to switch between different modes such as normal, sports, off-road, wet etc.

Positioned directly below the ‘Mode Select’ button is a smaller 'ECT 2nd' button, which activates the LandCruiser’s second gear start mode when driving on slippery or low-traction surfaces. 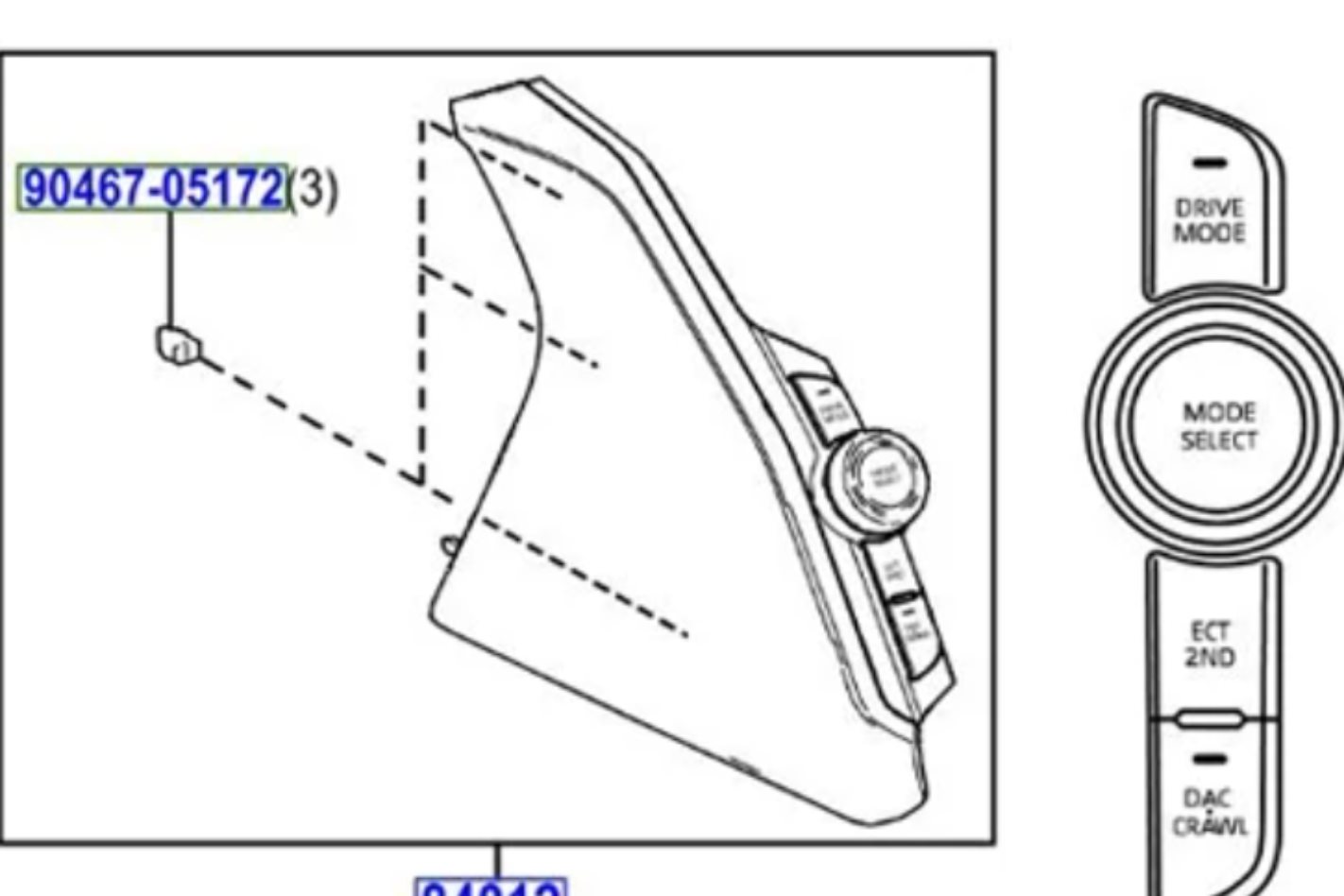 The inclusion of the new push buttons also appears to confirm other features of the new 300 series, such as; the ability to switch between the front and rear differentials, a power tailgate, and an automatic headlights function.

Drivers should also be able to cycle through the various video images provided by the different cameras mounted around the 4x4 and view them on the two digital screens.

The leaked interior sketches of the new Toyota LandCruiser 300 series come less than a week after exterior, wheel and mechanical drawings were also published by Kurdistan Automotive Blog’s Instagram page.

Those images show the new model will most likely have a redesigned front and rear fascia featuring; a larger front grille, novel headlight and taillight configuration, and new bumpers. 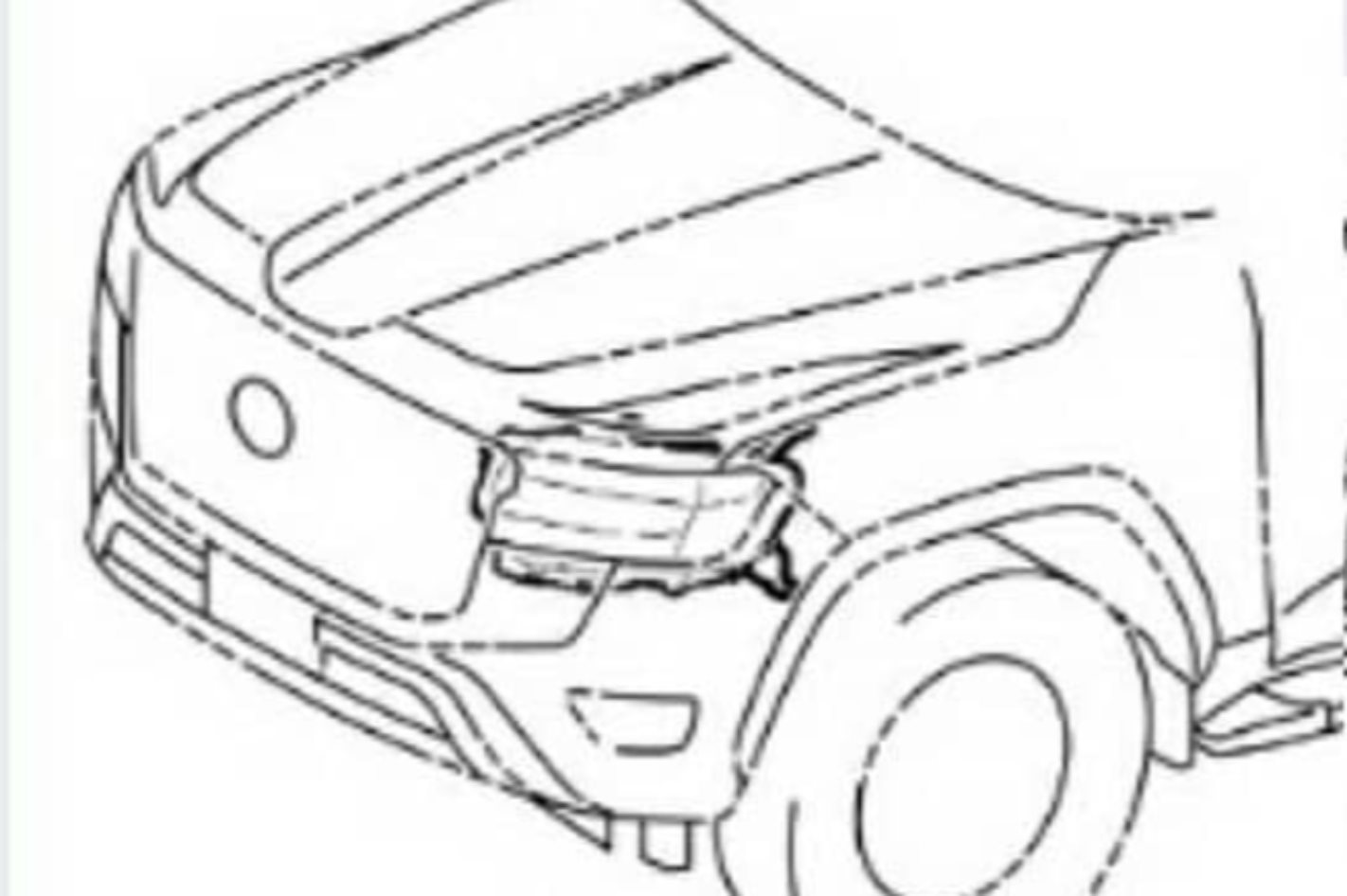 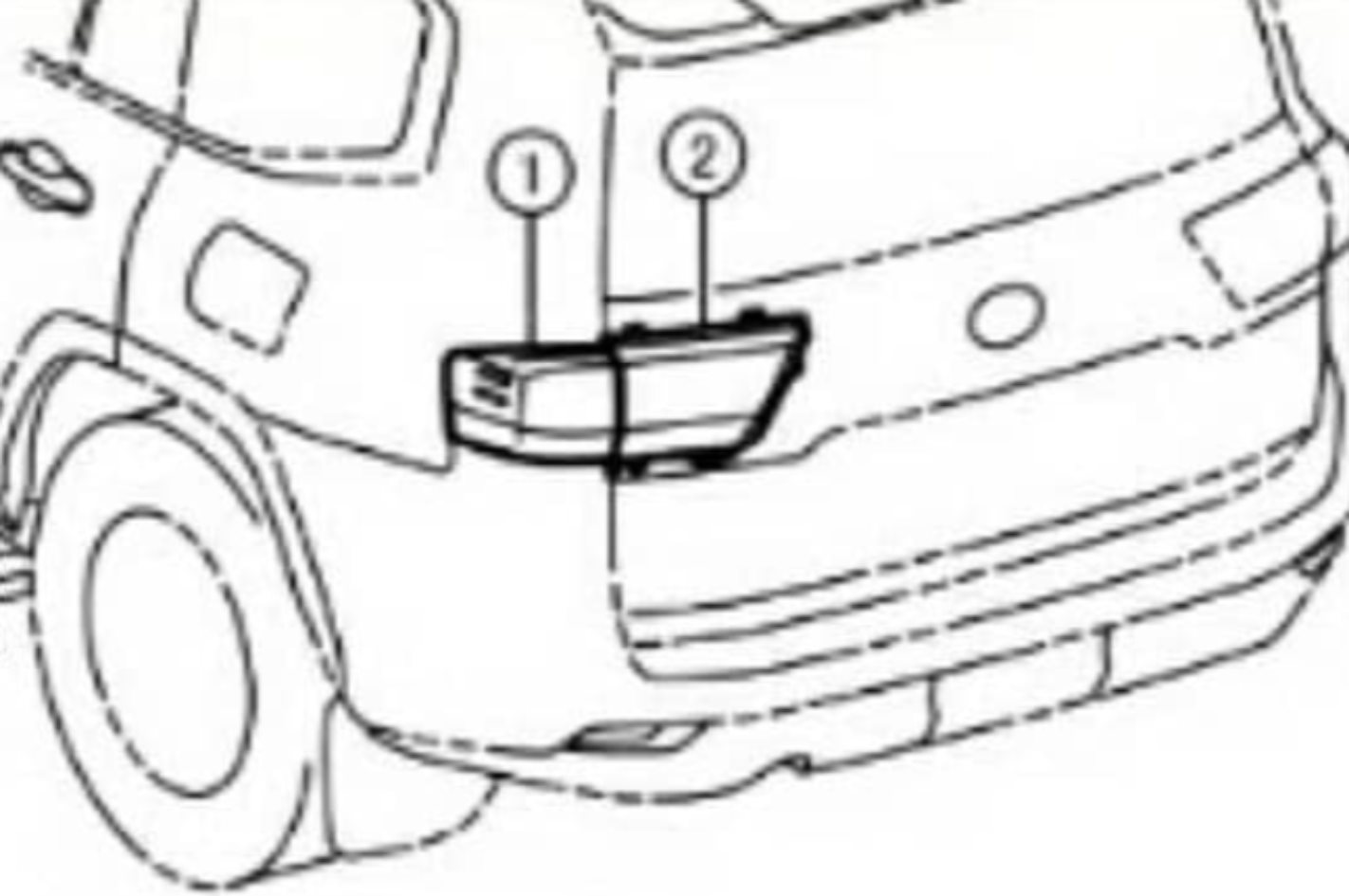 It seems there will be no less than five wheel options from launch, one of which looks to be a basic steel option, with the remainder in aluminium.

Wheel sizes could start at 17x7-inches for the steel wheel, and also include three different designs measuring 18x7.5-inches as well as a larger, more glitzy wheel sized at 20x8-inches. 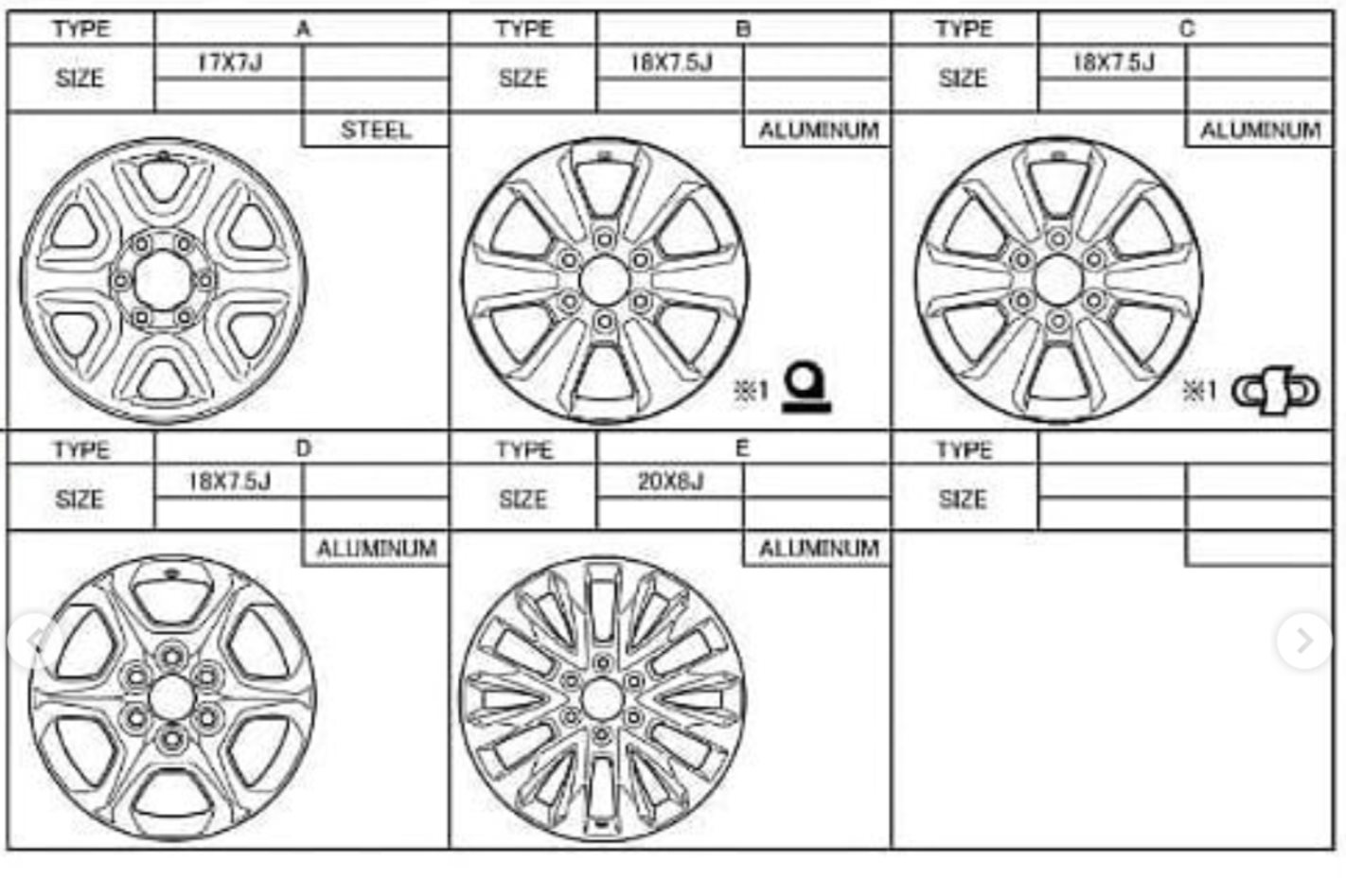 The leaked drawings appear to show that the new LandCruiser 300 series will come equipped with two engines from launch.

One looks to be the ‘1GR-FE’ 4.0-litre V6 petrol engine used in other local models in the past such as the Toyota FJ Cruiser, HiLux and Prado, – most likely producing somewhere around 280kW and 380Nm.

The other will be the all-new ‘F33A-FTV’ 3.3-litre V6 turbo-diesel engine, which looks set to replace the outgoing LandCruiser’s 4.5-litre V8 turbo-diesel donk and churn out more than 200kW and 650Nm.

WhichCar has asked Toyota Australia for comment regarding rumours the new LandCruiser 300 series could be unveiled before the end of April and on sale in the second half of this year, however, a representative for the automaker said they could not yet confirm any details about the new 4x4.