If you’re in the market for a high-performance car or weekend racer but nothing is jumping out at you from the classifieds, this British classic might pique a little more interest than your average street machine.

After a turbulent history fraught with roadblocks, funding crises and now a global pandemic, the Bloodhound land speed record-targeting rocket car is up for sale for the second time in as many years.

With just two careful owners from new, this unique 2008 model is in perfect condition, presented in not the factory original blue and orange, but a more understated white, following its first change of hands early in 2019. 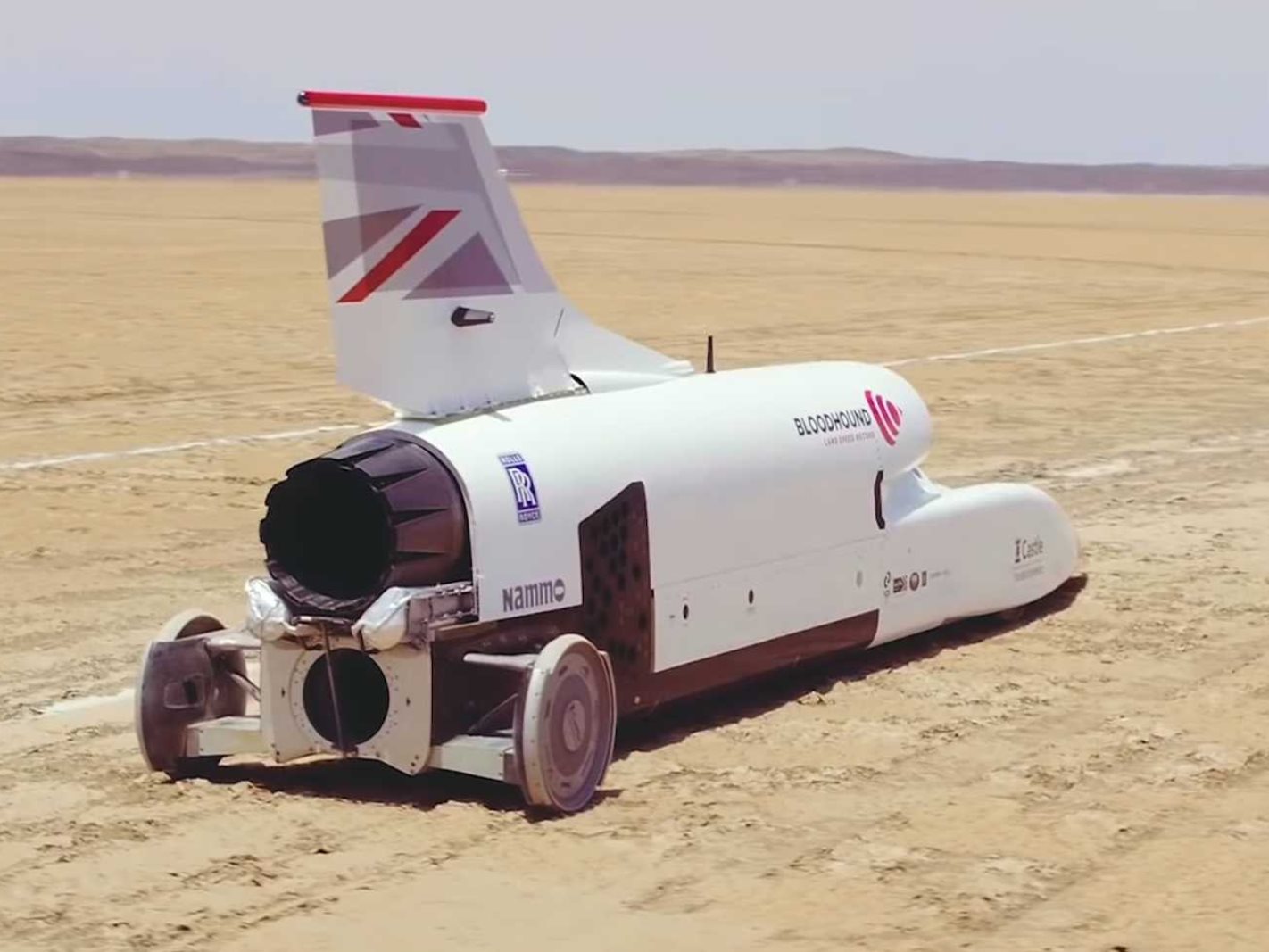 When the car’s original owner Richard Noble ran out of cash in 2018, the car was sold to entrepreneur Ian Warhurst for an undisclosed sum, saving the project from cancellation.

But Bloodhound LSR is just one of many companies to have felt the mire of the COVID-19 pandemic and now the car is looking for a new home once again.

“When I committed to take the car high speed testing in 2019, I allocated enough funding to achieve this goal on the basis that alternative funding would then allow us to continue to the record attempts,” said Warhurst.

“Along with many other things, the global pandemic wrecked this opportunity in 2020, which has left the project unfunded and delayed by a further 12 months”. 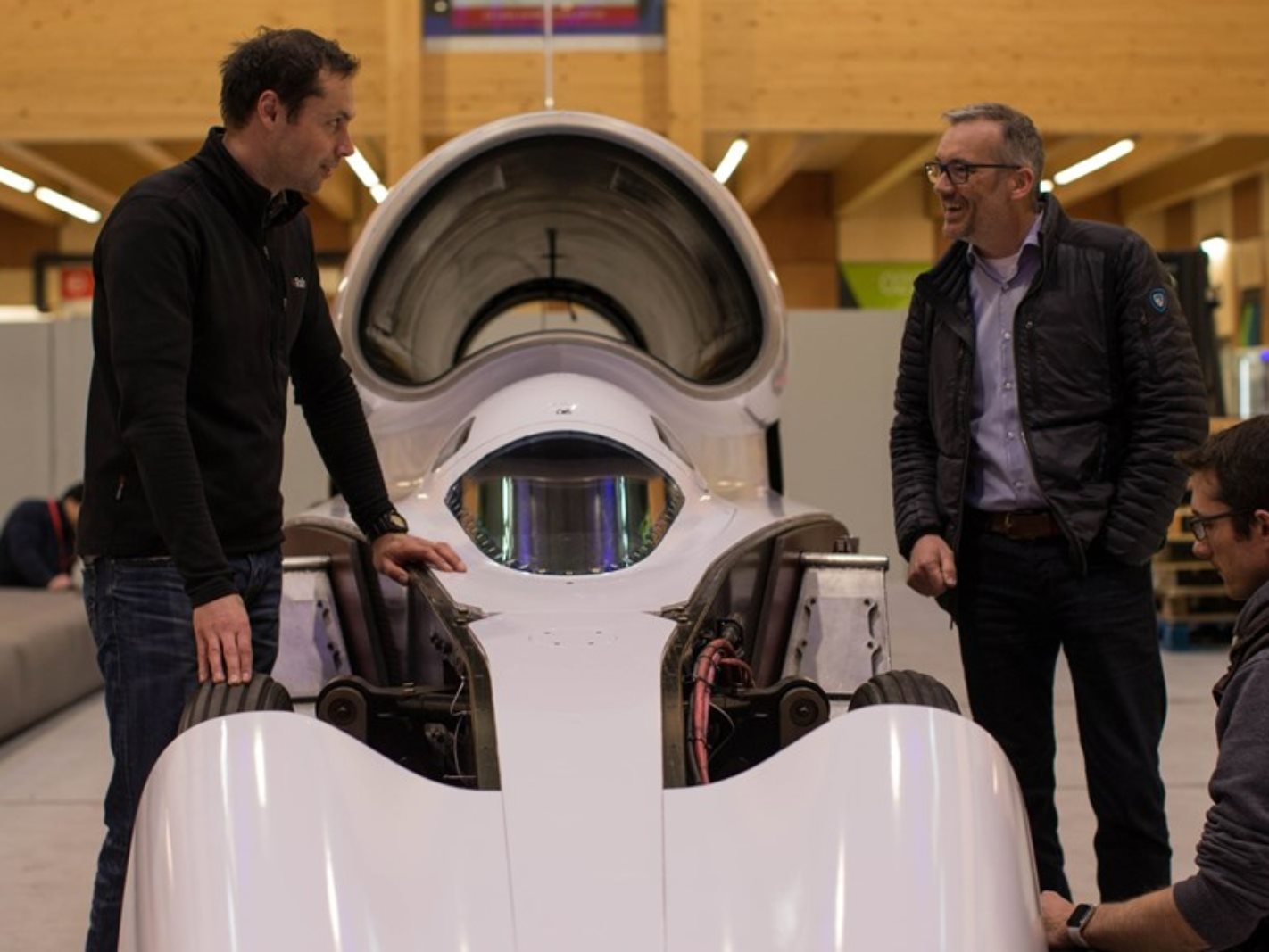 Interested parties should have a multi-million-dollar budget, superhuman patience and a very long driveway.

While the car has already cracked a respectable 1000km/h it is yet to topple the current land-speed record of 1228km/h set by Thrust SSC in 1997.

Ultimately, the Bloodhound has been designed to clear 1600km/h.

* So it’s fair to say this could be a unique opportunity to buy the world’s fastest car, it just hasn’t actually done it yet. However, the spec sheet does look promising.

MORE How fast is the Bloodhound LSR compared with a Bugatti?

At the heart of the Bloodhound is the same engine that powers the Eurofighter Typhoon. Although it might be hard to believe, the 90kN EJ200 afterburning turbofan is upstaged by the Nammo monopropellant rocket that pumps out a whopping 120kN. 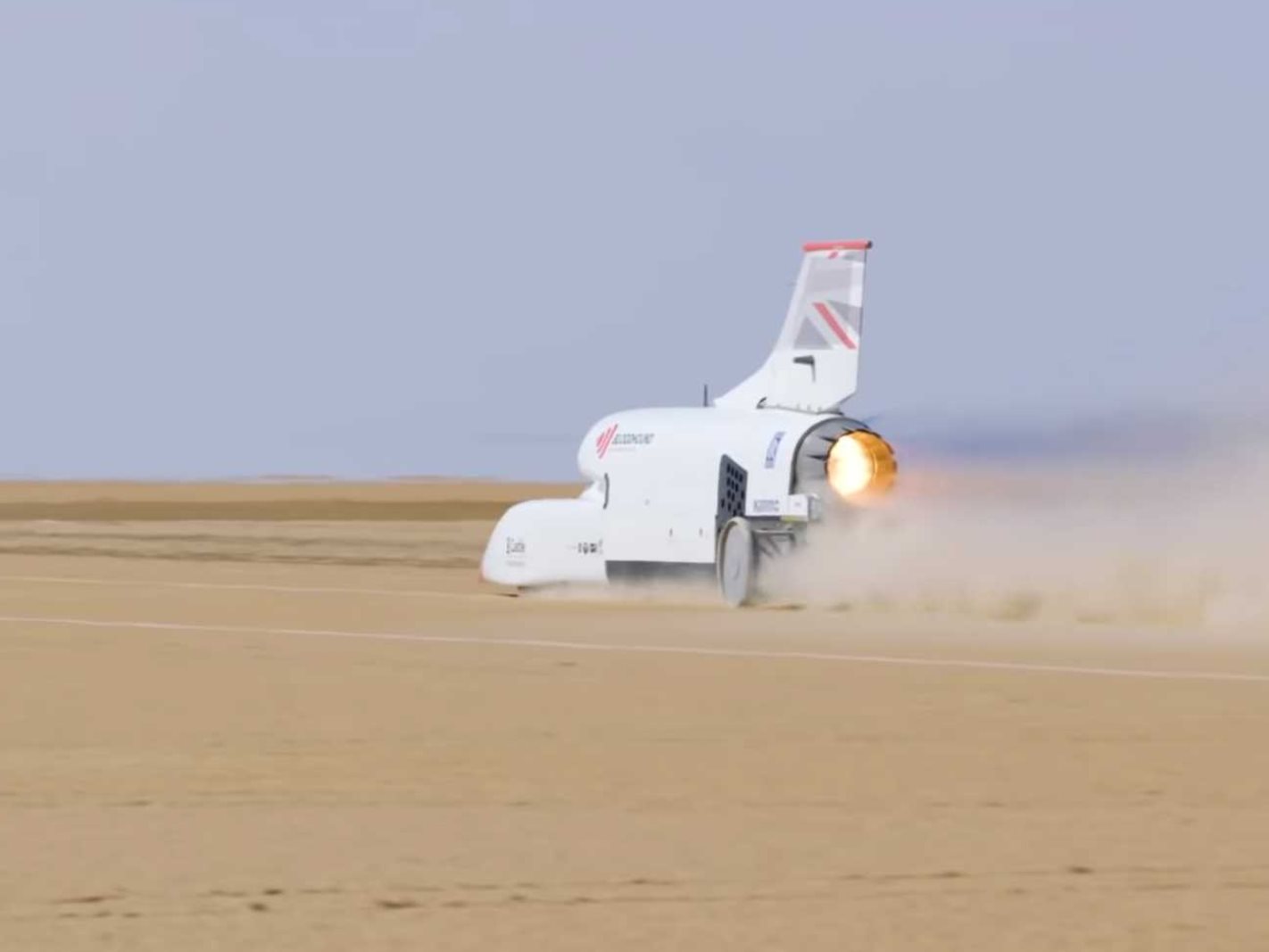 Originally, the one tonne of liquid oxidiser necessary to power the rocket motor was going to be supplied by the mother of all fuel pumps driven by a large capacity petrol engine.

In today’s more carbon-sensitive landscape, however, the pump has been redesigned with an electric motor... but the Bloodhound is still no Prius.

Up for sale with the car itself are the intellectual property and project assets which include tooling, development equipment and, most likely a big box of unidentified nuts and bolts.

It’s also not known if RAF wing commander Andy Green is part of the deal.

The current land-speed record holder has remained the Bloodhound’s driver through the first change of hands and is expected to follow it to its new owner if one can be found. 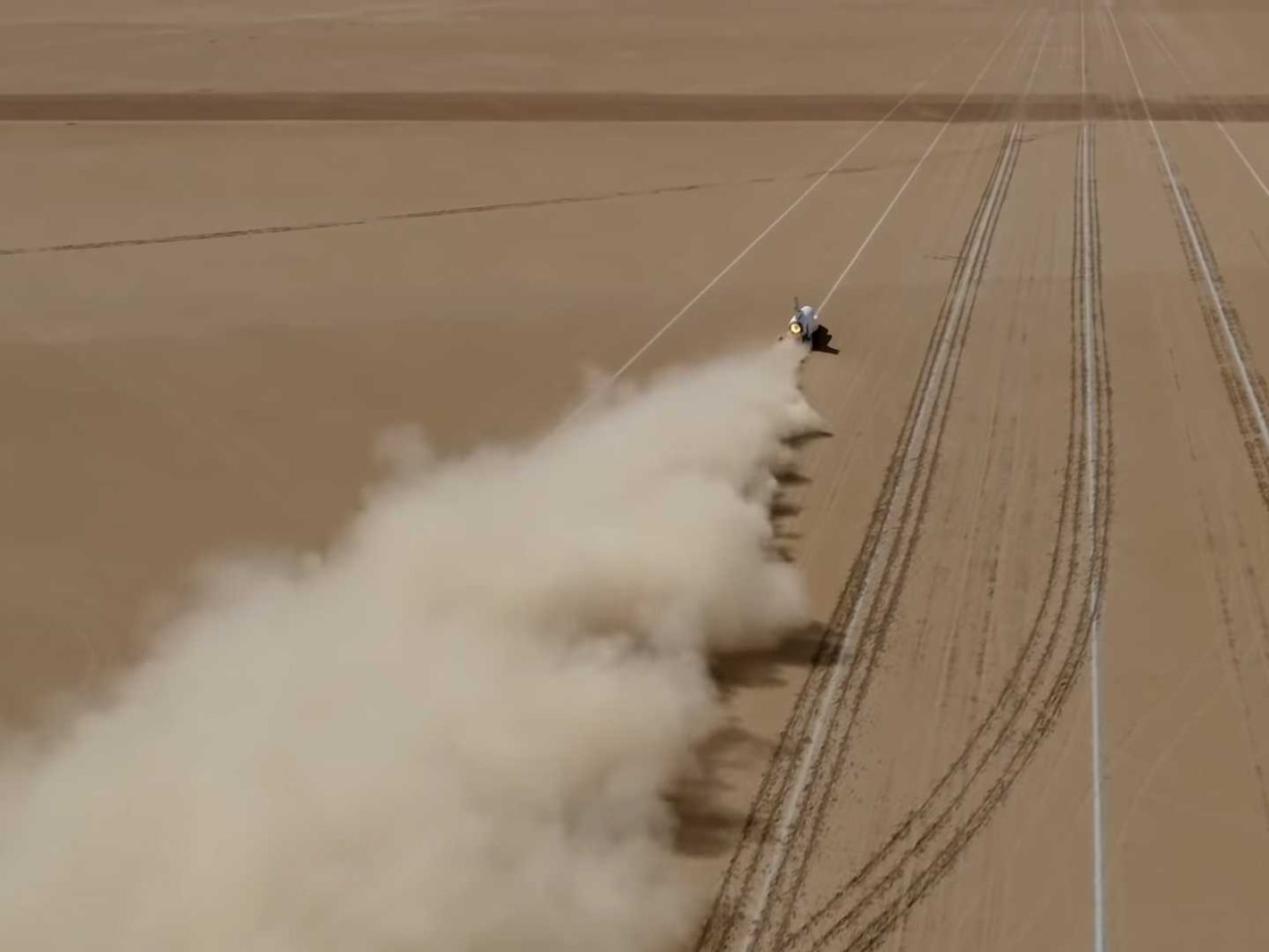 Encouragingly, the car's current owner says the Bloodhound will not be broken up regardless of whether a buyer can be found.

The Bloodhound definitely starts and runs but it is still very much sold as an unfinished project and, while the Eurojet engine is a part of the deal, it does not yet have the critical Nammo rocket engine required to yield the full performance promise.

Conservative estimates are set at about the $14m mark to source and install the precision piece of Norwegian aerospace tech. Alternatively, the seller knows a bloke who he thinks has a used one in his shed.

No tyre kickers – they’re solid aluminium and weigh 95kg each.

NOW READ In pursuit of speed