Kia has added to its police customer roster in Australia, with Northern Territory officers rolling out seven new-look Stinger sedans for highway patrol duties in the Top End.

Meanwhile, Chrysler’s 300 SRT will be pressed into service into NSW soon, according to the company. 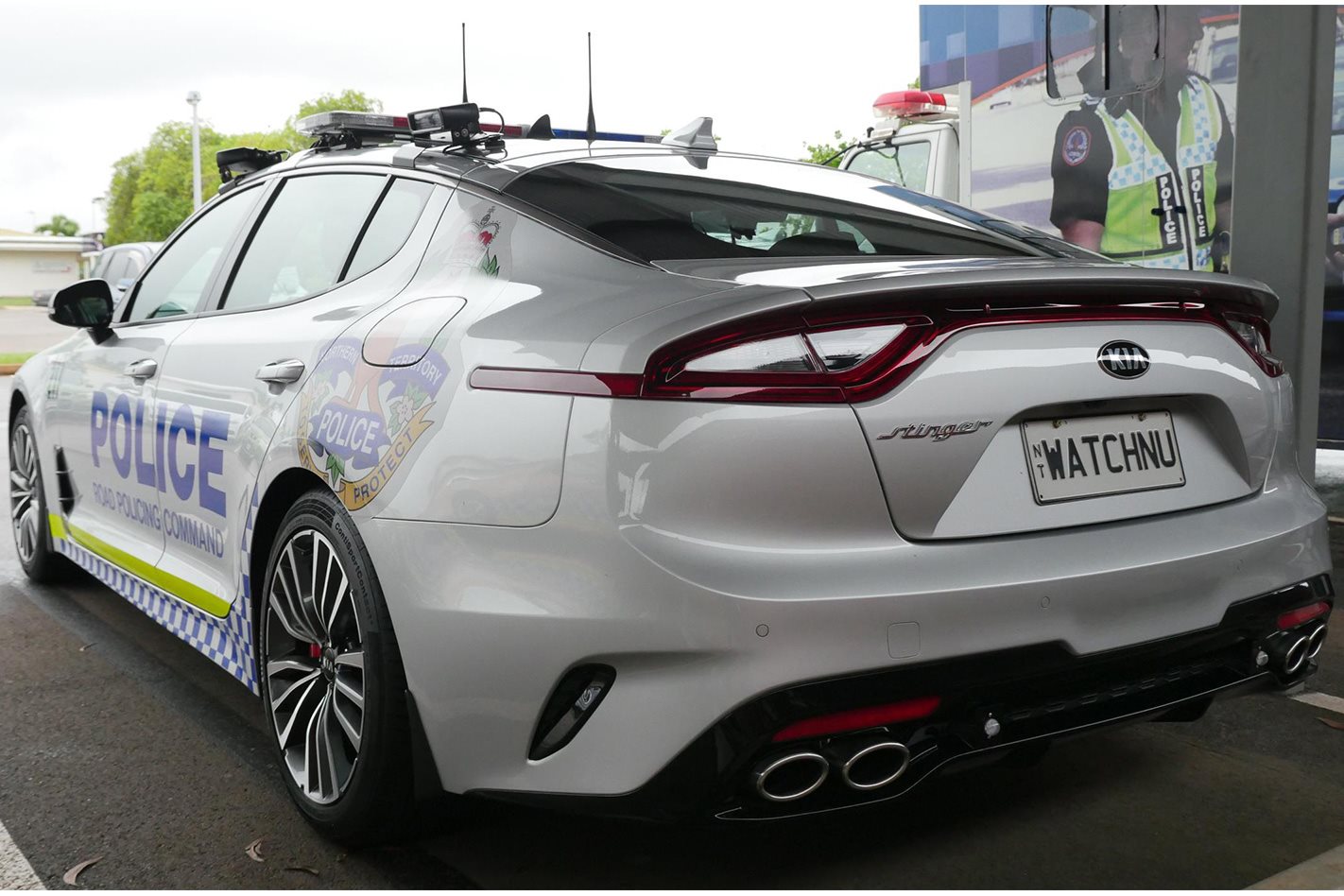 “Holdens and Fords have been standard road policing vehicles in the NT for the best part of 50 years but now that they are not manufactured, it’s time for us to look at an alternative,” he said.

“We needed a car capable of operating at reasonably high speeds in temperatures of 45 degrees in the shade without missing a beat. The Stinger showed itself to be that car.”

The 3.3-litre V6 twin turbo Stingers will also wear a new livery for the first time in 15 years, according to Commander Hollamby.

In NSW, meanwhile, the deployment of replacement high patrol cars will take another step with the impending arrival of the HEMI-powered Chrysler 300 SRT to join the BMW 530d currently in use.

The deal was signed off last year, and cars will roll out this year. 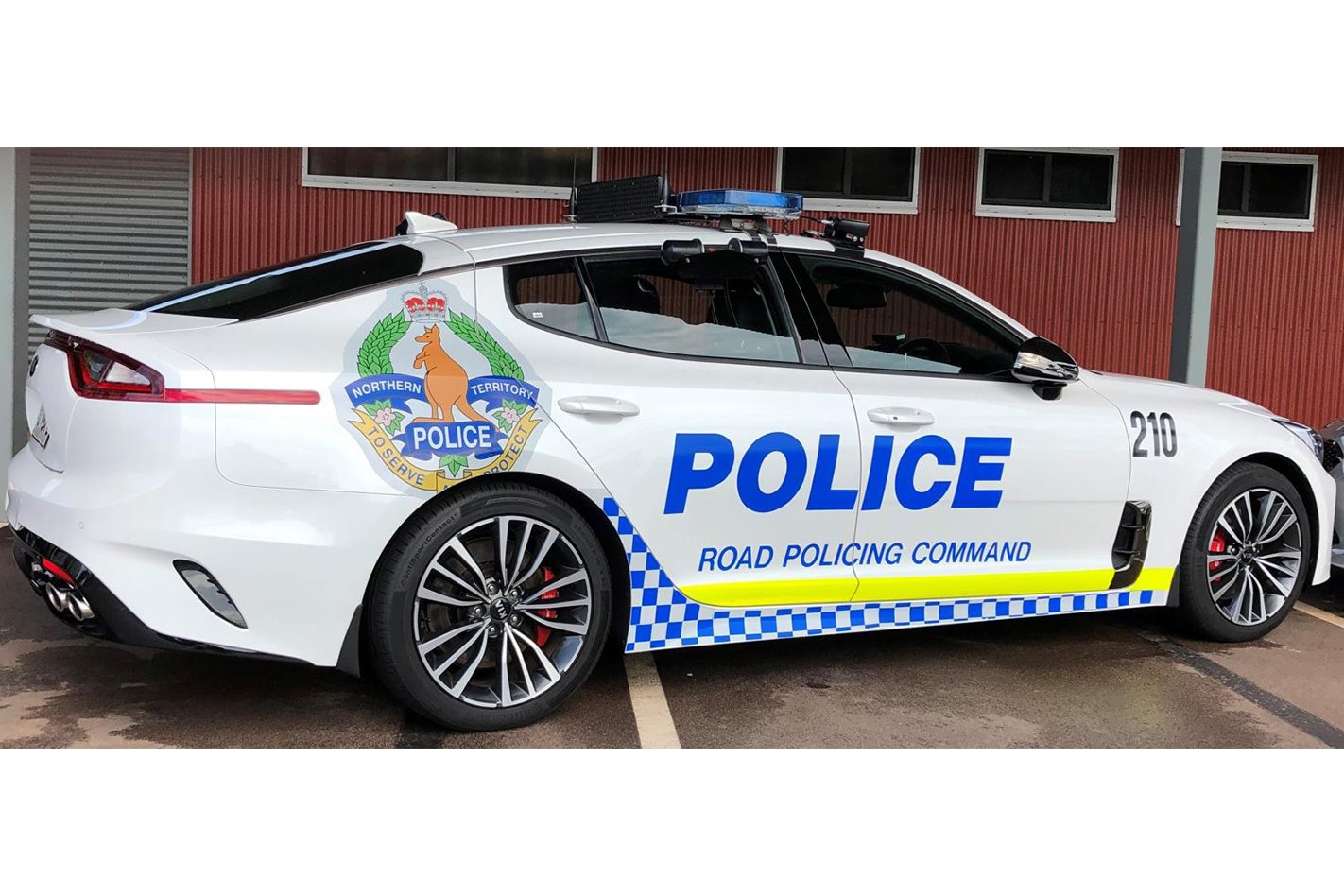 Chrysler’s parent company FCA has facility to build law enforcement-spec cars right on the factory floor, in order to incorporate items like additional wiring and mounts for computer gear, as well as different spec brakes and ancillary coolers.

The V8-powered four-door is based on the SRT Core, and sports 350kW and 637Nm, larger brakes and a more basic interior.

“The Chrysler 300 fleet of cars for NSW Police are currently in build, and we expect to see more on the road as the year progresses,” confirmed a Chrysler spokesperson.

NSW police opted for petrol and diesel power, with a customised version of the BMW 530d sedan also pressed into highway patrol service. 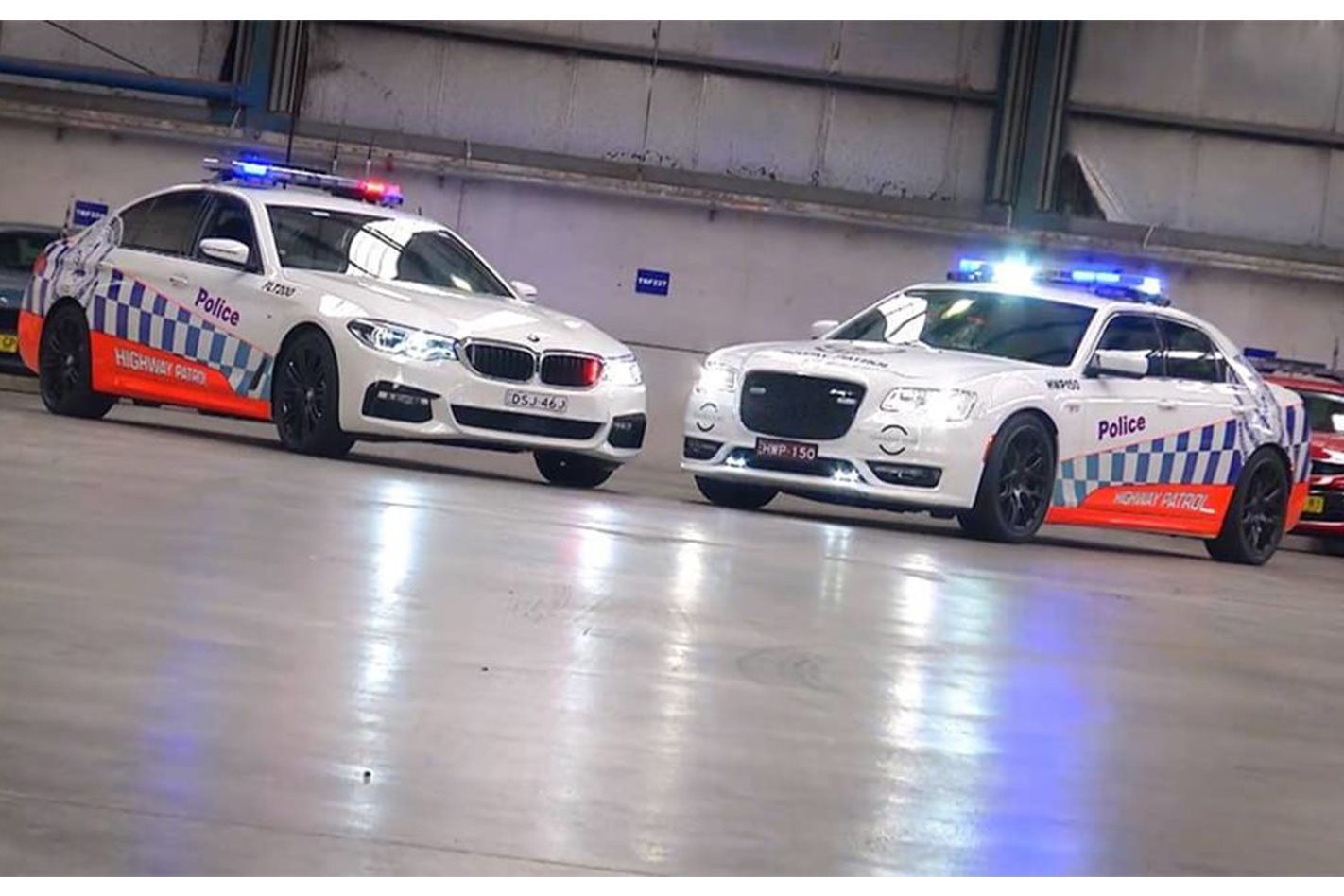 An officer WhichCar spoke with about the BMW said that the force was pleased with the performance of the BMW.

The search for suitable highway patrol cars to take over from the locally-built Holden Commodore and Ford Falcon fleets has taken many directions with police forces across the country, and the four-door, five-seat twin-turbo Stinger has found homes with not only the NT police, but also with law enforcement services in Western Australia and Queensland.

The diesel-powered BMW 530d also serves in Victoria as a highway patrol car, while some states like Tasmania do not use high patrol-spec cars at all.

Testing for highway patrol car suitability varies from state to state, but is more onerous than the requirements for general duties cars. It usually includes a repeated high speed-to-stop component, where items like brakes and transmissions are tested for durability.

The NSW police force ruled out the previous Ford Mustang early on due to auto transmission overheating, for example, while it also evaluated Subaru WRXs and has rolled out a brace of Volvo XC60 SUVs for highway duties in country areas.