Audi has etron, and BMW has i. Now Mercedes wants in on the eco-car branding boom.

Mercedes-Benz says it may soon follow German luxury rivals BMW and Audi in spinning off a separate sub-brand for its cutting-edge fuel efficient technology.

Speaking to Autocar, Mercedes-Benz cars sales and marketing board member Ola Källenius said he believed the brand could form a separate eco sub-brand made up of fuel-efficient vehicles.

The move would follow the same path as BMW’s i Division that includes the i3 electric and range-extended hatchback, as well as the BMW i8 petrol-electric hybrid sports coupe, and Audi’s “etron” that the carmaker is using to tag its only model to wear the name so far, the A3 Sportback plug-in electric hybrid hatchback.

“What we’re going to do in terms of the road to zero emissions is invest heavily in alternative drivelines and electrification,” Källenius told Autocar.

“That’s a very wide strategy, but it means that by the end of next year we will have 10 plug-in hybrid models, which, I think, is the widest portfolio of any luxury manufacturer.

Kallenius said Mercedes-Benz would have three electric cars by the end of this year, including the B-Class small hatchback, and the second-generation Smart micro hatchback that the carmaker’s Australian arm has already said would not be sold here.

Mercedes-Benz has also confirmed it is working on a version of its small Mercedes-Benz GLC SUV that will be powered by a fuel cell that will combine hydrogen fuel with oxygen from the air to create water and electricity, making it a zero-emission vehicle.

“We could choose for the purpose-made electric vehicles to create some sort of sub-brand but, right now, Mercedes is focused on investing tremendous resources into the path towards zero emissions,” he said. “It’s something that will affect the whole portfolio.” 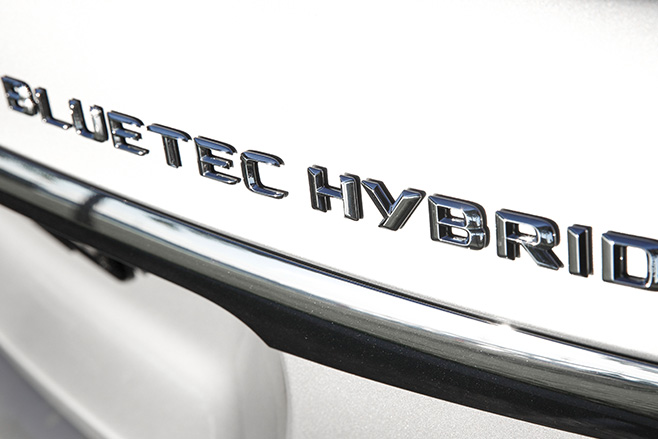 BMW last week flagged that it will wait and see where technology is headed before releasing the next generation of its i-branded technology in about 2021 – meaning a rumoured i5 compact SUV offering either battery power alone or, like its smaller BMW i3 sibling, a range-extended version with a back-up petrol engine, is at least five years away.

The i3, which was named the 2014 Wheels Car of the Year, is due on sale with the beefier battery pack later this year. BMW will also give a mid-life update to its low-slung i8 petrol-electric coupe later this year, and is expected to introduce a folding-top spider version of the 2+2 seater – so called because the rear seats are too small and cramped to be practical for everyday use -- next year.

The carmaker has just revealed a facelifted version of the i3 with an extended battery pack that increases range to around 200 kilometres for the battery-only version of the car. The range-extended version, which includes a small motorcycle engine that is used to power up the batteries, will add an extra 60km of range on top of its reach to travel about 300km on a single charge.

Audi, meanwhile, is preparing to ramp up its e-tron range after years of teasing it with a range of concept cars hinting at where it was taking the sub-brand.

The German luxury carmaker toyed around with the idea of building an all-electric version of its R8 supercar, but reneged on the idea when it discovered it could not get enough range out of the vehicle to make it viable. However, it later reversed that decision, building cars to order that did offer decent range.

It has also shown a twin electric motor version of the Audi TT sports coupe, both as a hard-top and a convertible. It has also teased a plug-in hybrid version of its smallest city hatchback, the A1, that surprised the world by featuring a single-cylinder rotary engine that could recharge the batteries on the move.

Want to learn more about the eco future of Mercedes-Benz? Wheels magazine tells us about its plans to rival Tesla.