The Tesla Model 3 that will take electric cars further into the mainstream car market will have a range of about 350km, accelerate from standstill to 100km/h in less than six seconds, and offer the same autopilot technology as its more expensive siblings.

Tesla Motors revealed these first details at the unveiling of its fourth and most crucial new model yet overnight in the US. The Tesla Model 3 will enter the hugely competitive, circa=$60,000 mid-size luxury car segments contested by the likes of the Audi A4, BMW 3 Series and Mercedes-Benz C-Class. 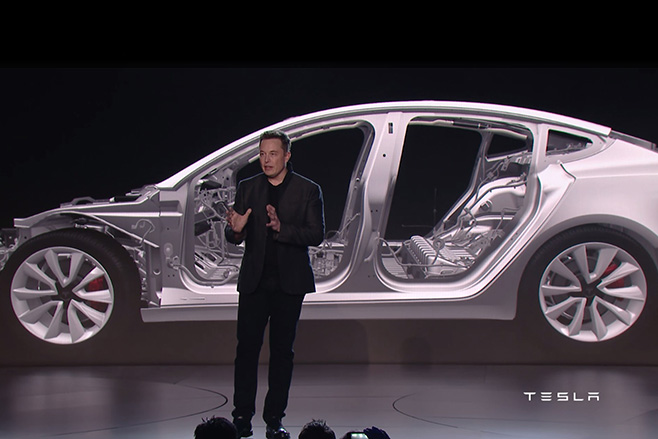 Tesla CEO Elon Musk confirmed a US$35,000 starting price for the Tesla Model 3, which is expected to translate into a $60-70K price tag here. The Tesla Model S sedan and Model X SUV both cost in excess of US$100,000 in the US, a price comparison that showcases the company’s ambitions for its smaller sedan.

The styling of the Model 3 makes it a clear relative to the larger Model S, particularly with the teardrop-shaped side glass. 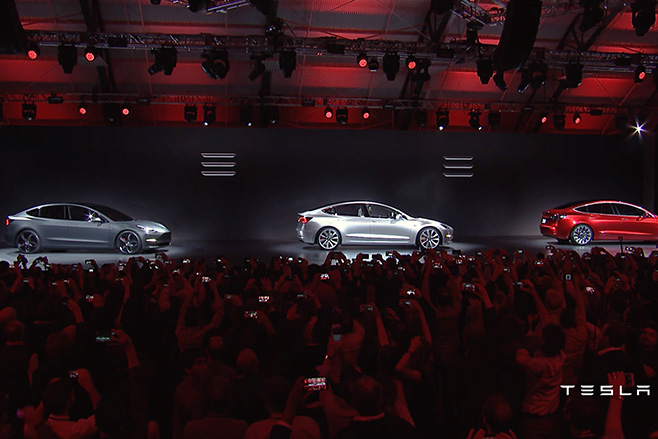 Our first look suggests the proportions aren’t quite as effective as the S’s, though a high roofline promises excellent headspace for up to five passengers.

A single-piece glass roof that runs from the windscreen to the boot is a distinctive design touch that will also guarantee plenty of light in the cabin. 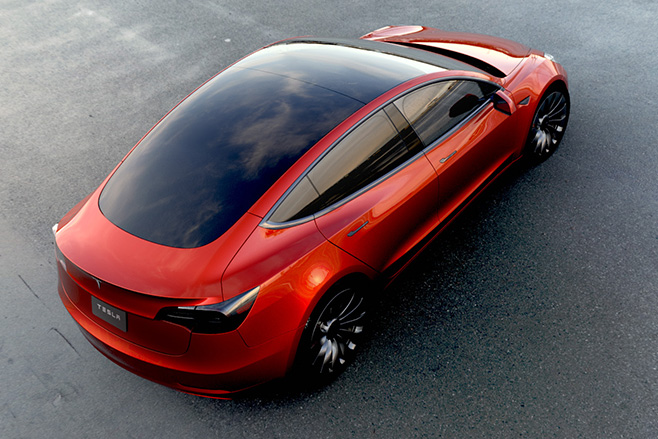 The absence of a regular combustion engine means the Model 3, as with the S, offers boot spaces both front and rear, with Musk claiming its compact sedan will “offer more cargo room than any other gasoline car of similar dimensions”.

Australians will also be pleased to note that Musk added that the car can accommodate a seven-foot surfboard. 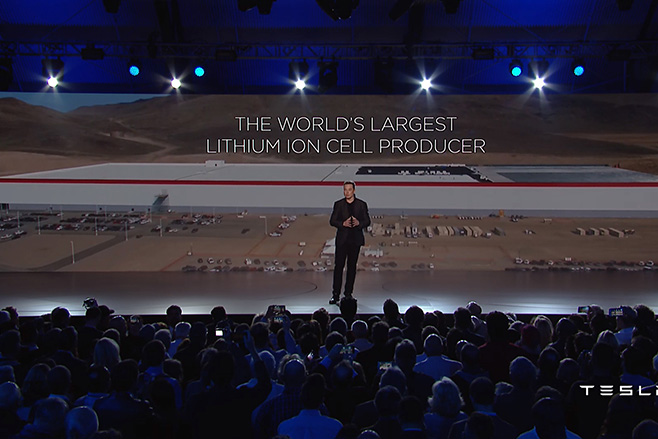 The Tesla Model 3 isn’t set to go into production until at least late 2017. By then, Musk says Tesla will have doubled its high-speed global supercharger network, to more than 7000.

Musk said at the event that the company had received more than 115,000 orders for the Model 3 in the past 24 hours.

Australian orders of the Tesla Model 3 were possible from 31st March, with just a $1500 deposit required.