The Hyundai i30 is Australia’s most popular car for a second consecutive month – helped by a generous $19,990 driveaway deal that saves buyers thousands of dollars.

The Hyundai i30 Korean hatchback was the best-selling vehicle in April with 4143 sales, according to the latest official industry figures.

The i30 trails the Mazda 3 and Toyota Corolla by just 74 and 130 units, respectively, despite the i30 nameplate being disadvantaged by the lack of an alternative sedan body style. Hyundai calls its small sedan the Elantra.

With the Japanese small cars faltering relatively in April – both posting results below 3000 units – the more consistent Toyota HiLux ute has moved into the leader position.

The Ford Ranger ute placed third for April with 2973 sales, and even outsold the Toyota HiLux in the 4WD ute segment. 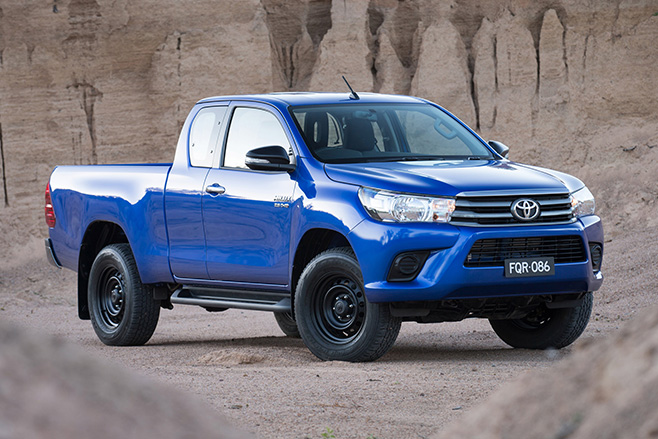 The Mazda CX-5 continues to be Australia’s favourite SUV, with 1675 units for April, though it was only 71 units ahead of its smaller sibling, the Mazda CX-3.

Hyundai completed the top 10 for April with another model benefiting from a strong driveaway deal. The Accent city car is currently available for $14,990, with an upgrade to an auto available for about half the usual price, at $1000.

SUV sales outgrew passenger car sales again for April and continue to be on track to become Australia’s preferred vehicle style by the end of the year. The gap between the segments is now less than 15,000 units, having been nearly 40,000 this time last year.