Let’s be honest… the labour market is a pretty tricky place at the moment, and one where you’d be best to avoid smashing up the boss’s car. Not this guy.

Reports are coming in from overseas of a US truck driver who’s taken liberties with his boss’s Ferrari GTC4 Lusso T by using it as a chock for the front wheels of his large Volvo prime mover.

The details are reasonably sketchy, but what’s clear is that this wasn’t a case of leaving the handbrake off.

Our villain has actually just started work with the Chicago freight company the week previous, but it seems that the terms and conditions of his hire weren’t quite to his liking.

However, after just one job with the company, it appeared that Old Mate was less than a stellar employee, and he – for reasons that will become pretty obvious – was also reluctant to submit to a compulsory drug test.

A key to his grievances appears to be that the one-year-old rig he was assigned was not the 2020 model that he was promised.

Which, in all fairness, seems like a pretty minor grievance.

Unfortunately, his boss saw things differently, and had apparently made the decision to lance the boil quickly and send him packing on full pay.

This is where it got ugly. 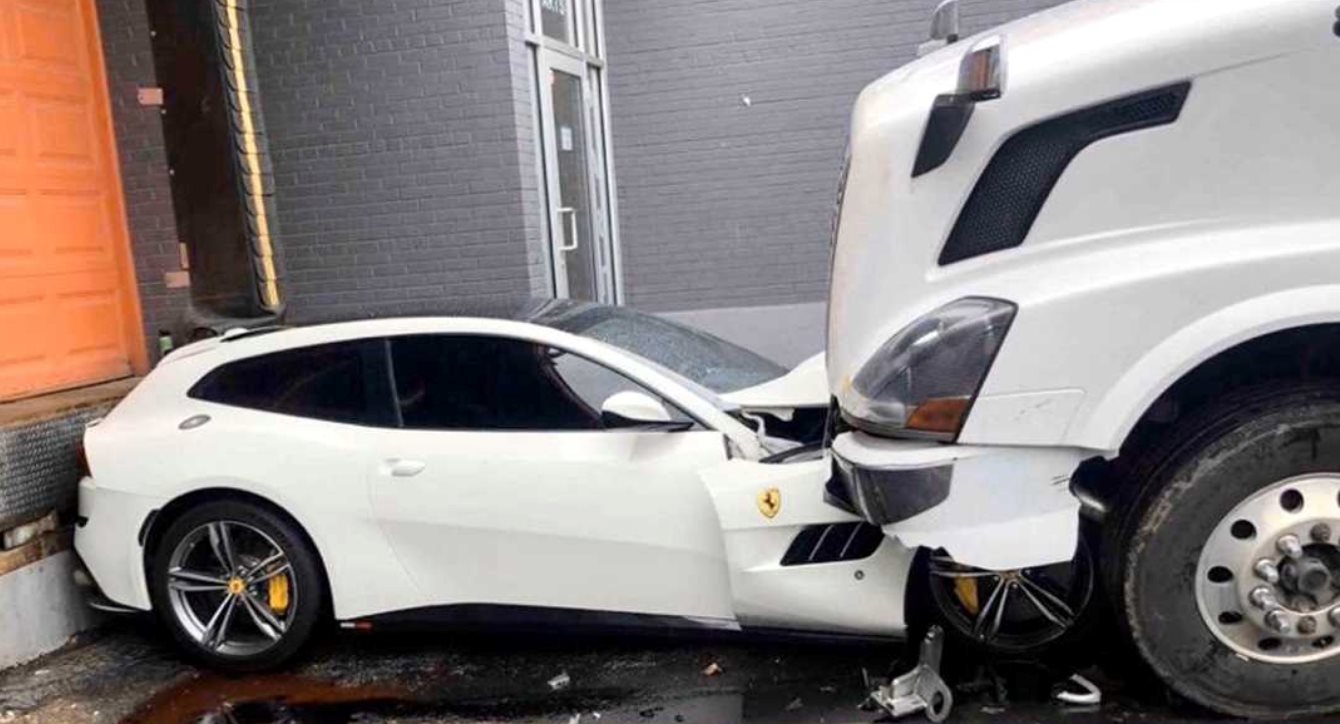 According to reports, Old Mate - despite being paid for his work to date, and being offered a plane ticket home - lost the plot after (allegedly, it has to be pointed out) no one at the freight depot would give him a ride to the local WalMart.

MORE The biggest automotive fails ever

He expressed his displeasure in a singularly destructive manner, leaping into the cab of the Volvo rig and making a beeline for the boss’s Ferrari, with the company owner almost going under the truck’s wheels in an effort to stop the truckie, according to witnesses.

No dice… the front end of the Fezza was toast.

Local law enforcement agencies are aware of the situation, apparently, so we’d suggest Old Mate is in more than a little trouble… if the Ferrari owner hasn't already tried to use his head to fix the GTC’s bonnet.

Truck driving in the USA is one of the few industries where the number of jobs exceeds the number of drivers, so our man probably thought he was in the catbird seat when it came to terms and conditions.

We’d suggest, though, his days behind the wheel of ANYTHING are pretty numbered.