The small sedan and hatch segment remains the second most popular vehicle category in Australia with a total of 169,757 year-to-date sales so far. However, that popularity continues to decline. The category is down by 6.9 percent relative to the same time last year, while last month’s sales were down 22.1 percent versus October 2017 figures.

That’s a hefty step backwards, and most models recorded negative growth in sales during October. The only notable nameplates to gain ground were the Mazda3 (up 6.7 percent), Peugeot’s 308 (up 88.5 percent) and the Holden Astra (up seven percent).

The Toyota Prius V and the relatively ancient Kia Soul recorded respectable gains of 40 and 34.5 percent respectively, but at 35 and 39 October sales apiece, they’re both coming off a very low base.

At the premium end, the Audi A3 shone brightest – a real achievement given its age in this market – with a segment-leading 404 sales in October that's even higher than its September result. The new Mercedes-Benz A-Class lagged significantly behind with 288 sales, which is well down on what it achieved in September. As Merc adds more A-Class variants and a sedan bodystyle to the roster (up until now, only the A200 hatch has been available), the compact German should see its fortunes improve. 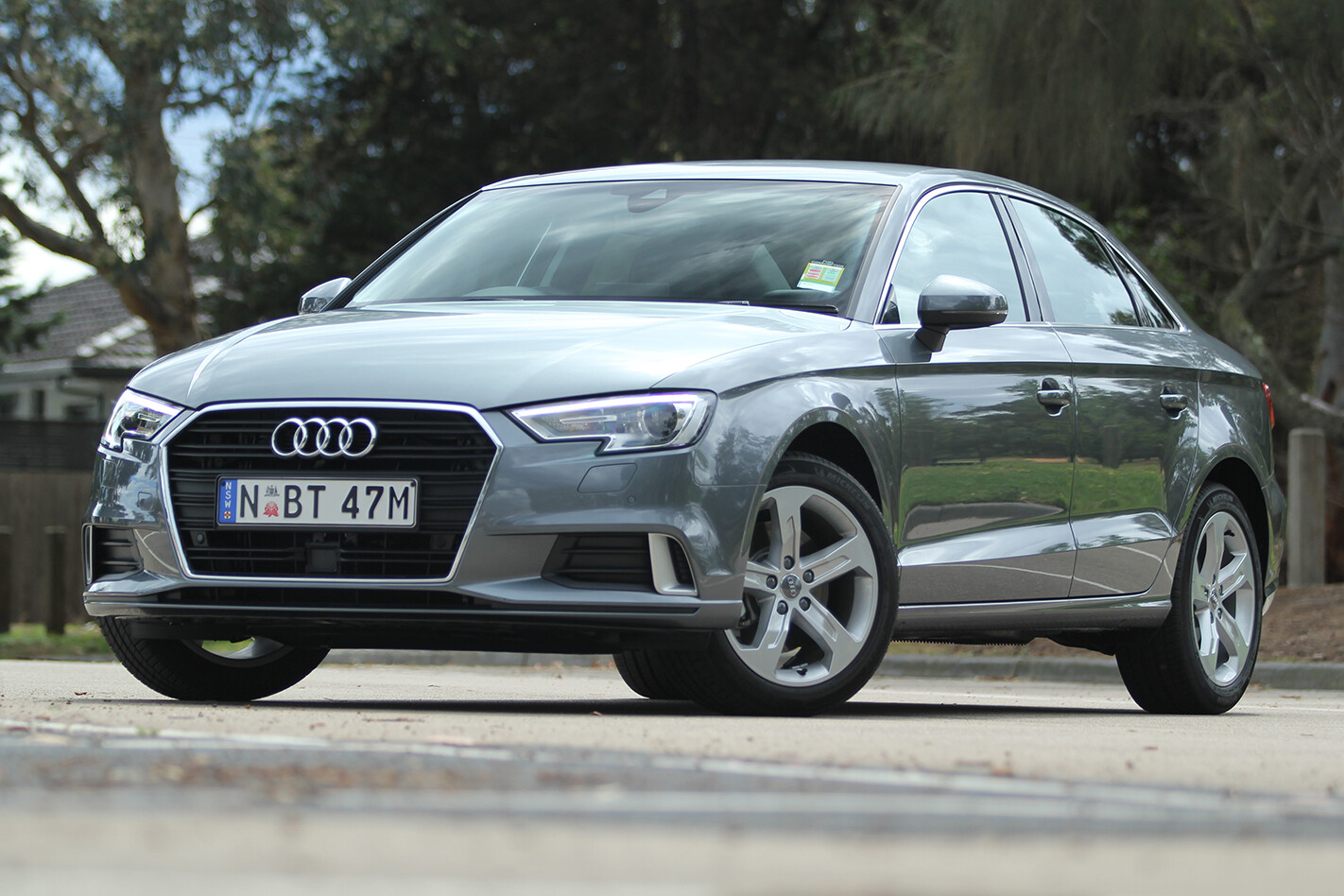 It’s a dire situation in the midsize passenger vehicle segment. Sales figures have been sliding for a long time, and the segment as a whole has declined by 26.9 percent so far this year. Last month, however, the sales drop was an even greater 36.6 percent, and only 3213 mid-sizers were registered in October. For context, 2663 Toyota Corollas left dealerships over the same period.

The Japanese-sourced Camry (1132 sales in October) keeps a solid grip on the midsize crown, but even so its year-to-date sales are down 38.1 percent. Trailing it by around 800 cars was the Mazda 6,  which was one of the few to actually register an increase in sales volume in October (up 53 percent relative to October 2017, and up a similar amount compared to September 2018 sales).

The ageing C-Class is behind the eight-ball, with sales dipping down to 133 in October (it recorded 356 in September) and putting it not only well behind its stablemate the CLA-Class, but also well behind its German rivals the Audi A4 and BMW 3 Series – both of which bucked the trend and saw gains in October.

If the situation in the mid-size segment looks grim, the large car segment is a bloodbath. Year-to-date sales are down by over 50 percent across premium and mainstream large cars, and the departure of the Ford Falcon, Peugeot 508, Hyundai Genesis and Toyota Aurion make the mainstream end of town look especially horrific.

Even those models that remain – the Holden Commodore, Kia Stinger and Skoda Superb – all lost significant ground as buyers opt for SUVs in ever-increasing volumes.

While the passenger car segments wane, the SUV side of the market thrives, and the bulk of that growth is happening at the small end of the spectrum.

The ancient Mitsubishi ASX continues to surprise with age-defying sales figures, sitting comfortably at the top of the small SUV tree with nearly 500 sales between it and the second place-getting Mazda CX-3 (which jumped back into the top three after being absent in September).

Meanwhile, premium offerings like the Audi Q3 and BMW X1 saw growth in monthly sales figures, while the new Volvo XC40 has already established a healthy momentum, with 239 cars sold in October. The Mercedes-Benz GLA sits behind its German rivals in third thanks to a slight dip in sales, but is up by 22.3 percent so far this year.

The launch of Subaru’s all-new Forester has provided a significant boost to the respected Japanese nameplate, with sales volumes jumping 81.6 percent versus October 2017 sales. It was a similar tale for the freshly-facelifted Jeep Cherokee… although, despite a 112 percent increase, Jeep still only sold 140 cars in a segment where the leaders are doing well over ten times that.

Kia’s Sportage was another winner, rising 20.6 percent compared to October 2017 to sit at 1216 sales, but it’s the Mazda CX-5 that sits proud at the top with exactly 2000 sales. Subaru’s Forester and X-Trail sit behind it, while the Toyota RAV4 and Hyundai Tucson were also-rans.

In the premium brand of the midsize SUV segment, the Mercedes-Benz GLC-Class, Volvo XC60 and BMW X4 racked up the biggest gains in percentage terms, with the Benz boasting top-dog status. The Audi Q5 follows it up in second place, with plenty of air between it and the BMW X5, Lexus NX and Volvo XC60.

Interestingly, the Porsche Macan is showing signs of struggling, recording just 51 sales in October and with year-to-date sales so far 21.3 percent down from where they were this time last year.

Big winners in monthly sales figures were the recently reborn Hyundai Santa Fe (up 76.3 percent) Toyota’s evergreen Prado (up 67.4 percent) the Porsche Cayenne (up by 146 sales against October 2017) and, perplexingly, the positively ancient (12 years old and counting!) Mitsubishi Pajero (up 53.8 percent).

Losers included Audi’s Q7, the BMW X5 (in run-out ahead of a replacement), the Range Rover Sport, the Maserati Levante and Volkswagen’s Touareg, which is also nearing replacement.