Volkswagen has shown off its two bright new SUV hopes, the T-Roc and the T-Cross, at a dealer event in Brisbane some 12 months ahead of their respective launches.

The lack of a small SUV in its product line has long been a thorn in the side of Volkswagen, with competitor vehicles like the Mazda CX-3 and Mitsubishi ASX adding serious numbers to the bottom lines of their respective companies.

MOREWhy the heck does Australia love the Mitsubishi ASX?

The two five-seat five-door small SUVs are similar in stature but will differ in price and spec, according to company officials.

The smaller T-Cross is based on the underpinnings of the 2019 Volkswagen Polo, while the T-Roc is closer in size to a VW Golf. 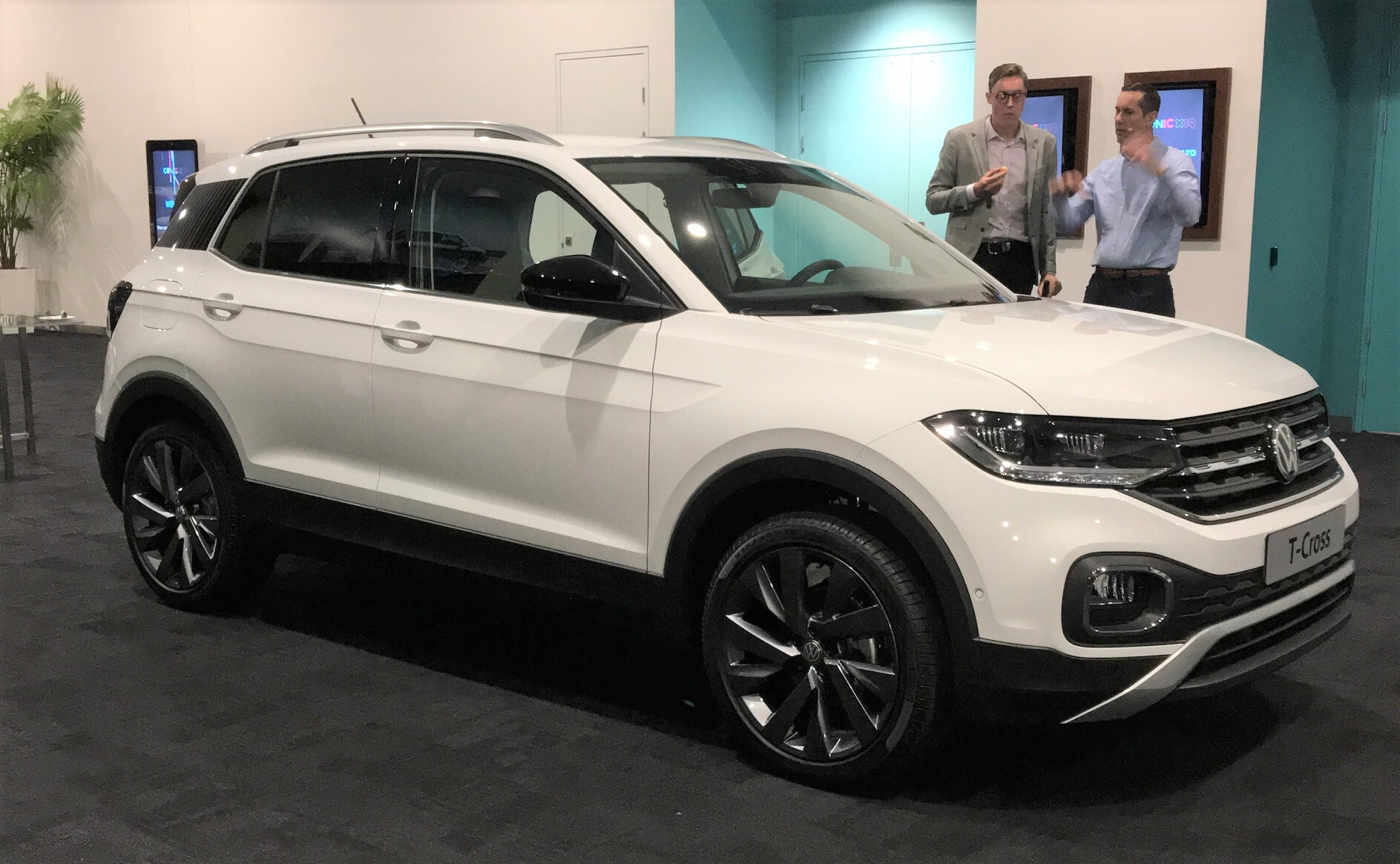 “The T-Cross will set the standards in the segment,” said Volkswagen Australia’s product manager, Todd Ford, adding that it’s “fair to say we’re fashionably late to the segment.”

While no specs have yet been announced for Australia, it’s expected that the T-Cross will kick off from less than $30,000.

The T-Cross is set to arrive in early 2019. It’s based on VW’s modular MQB A0 platform,  with a 100mm higher driving position than the Polo on which it’s based.

Because it’s on the same platform as the Polo, driver aids like AEB, lane departure control and rear cross traffic alert are certain to arrive on the T-Cross.

It’ll be powered by the same 85kW/200Nm three-cylinder 1.4-litre turbocharged petrol engine as the Polo, using a seven-speed dual-clutch gearbox to drive the front wheels.

The interior treatment is similar to the Polo, and it’ll use an eight-inch multimedia screen and second generation Active Info Display digital dashboard.

The second row of seats in the T-Cross is adjustable, with 385L of luggage space available behind the seats with the seats in the most rearward position, according to Volkswagen.

While this figures already tops the cargo space ok key rivals like the Subaru XV, according to VW, space grows to 485 litres with the seats slid forward, which is even larger than that of Honda’s HR-V and the Mitsubishi Eclipse Cross.

The front passenger seat will fold completely flat, as well.

“It’s a significant volume opportunity for Volkswagen,” said the brand’s product marketing manager Jeff Shafer, who also told WhichCar that he didn’t expect to outsell cars like the Golf in the local market.

The slightly bigger T-Roc, meanwhile, has finally been confirmed for Australia.

“It’s been a real battle with head office to get this car,” said Schafer, “but the wait has been worth it.” 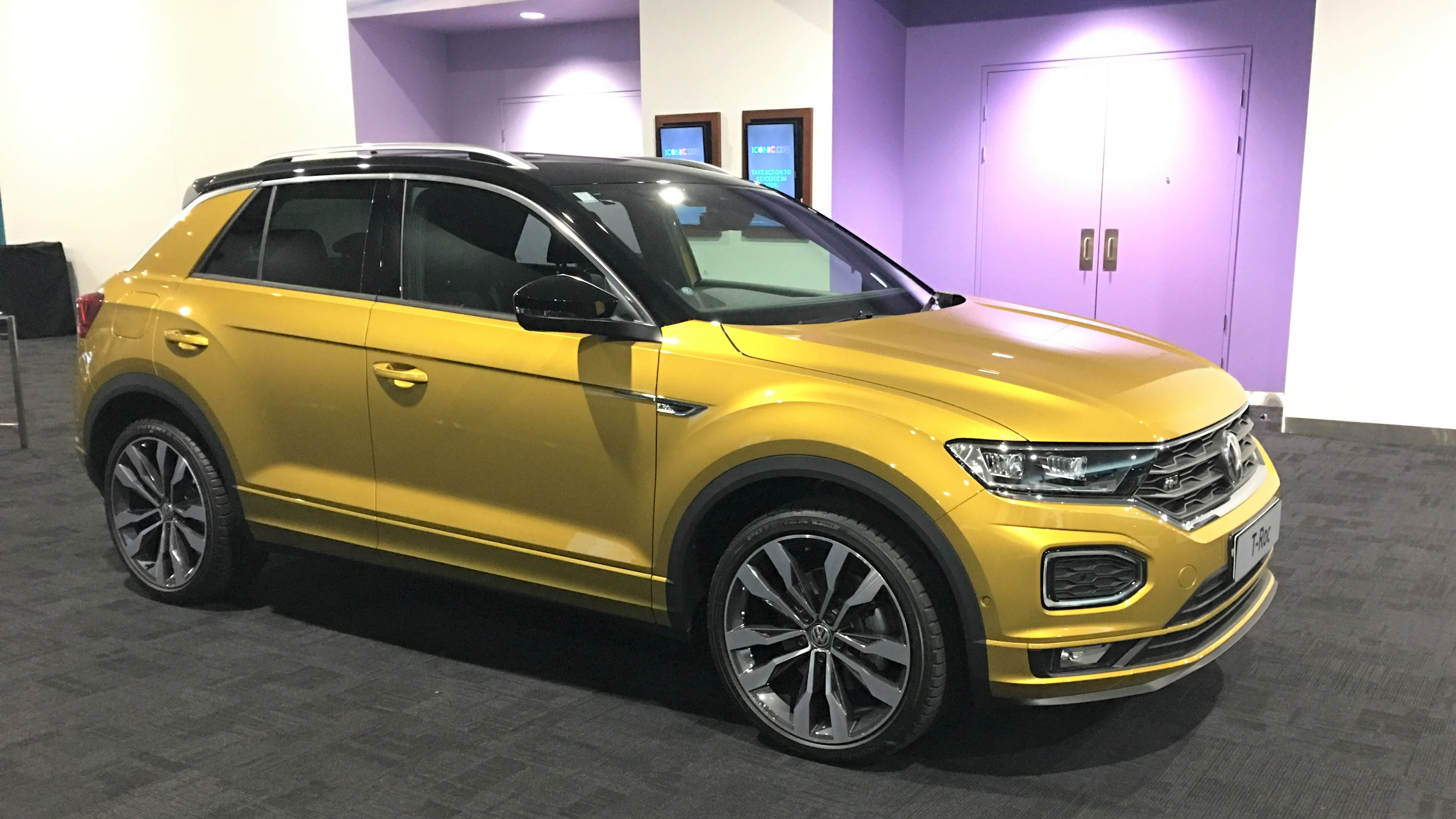 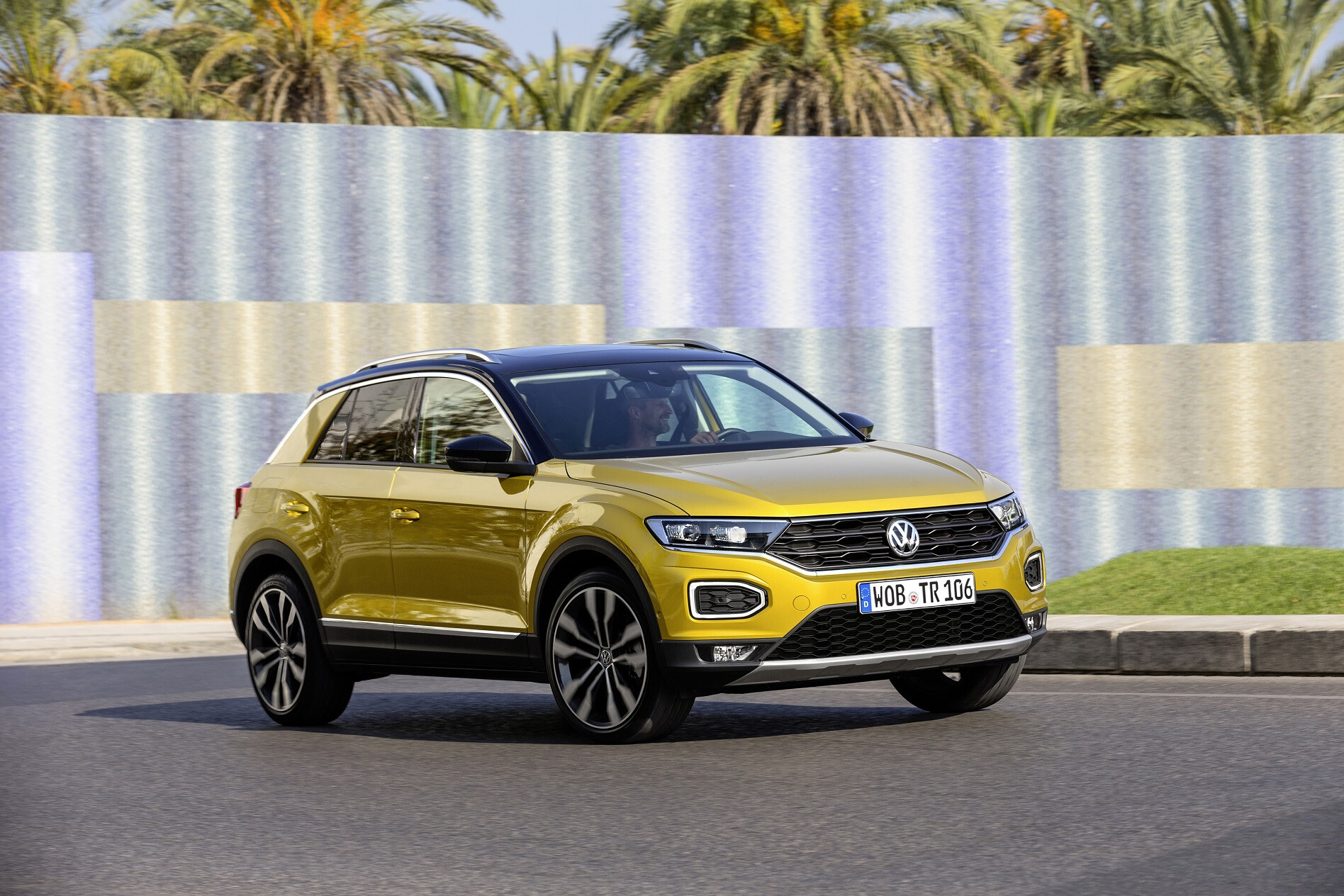 The T-Roc has been an enormous hit in overseas markets, which made the business case to supply the relatively small Australian market more difficult to get over the line.

Now that it’s been confirmed, though, Australia will be one of the first markets in the world outside of Europe to receive it.

It will be positioned above the T-Cross – it’s expected to start at $40,000 – and the T-Roc will be imported as a complete range. It’ll be likely offered in Style, Sport and R-Line models as opposed to variants, according to Shafer.

It’ll offer 445 litres of luggage room behind the rear seats, which will vault it into first place in the small SUV category.

It’ll be powered by a detuned version of the Golf GTI engine, which will make 140kW and 320Nm. A seven-speed dual clutch transmission and AWD will be the only option.

“The T-Roc is a premium compact SUV,” said Ford.

What of the T-Roc R that’s just been spied in Europe? The news isn’t great, according to Shafer.

“We’d love to have it but we have issues to overcome,” he admitted, adding that the higher sulphur content of Australia’s petrol means that the 228kW, 400Nm version of the small SUV may not be able to be used here.

“We’ll do everything to get it here, though,” he added.