Volkswagen’s all-new second-generation Tiguan SUV steps up a size category, and will arrive with a slight price increase to match, when it goes on sale in Australia this September.

The extensive three-tiered, five-engine range offers consumers seven different options with the base-level Tiguan starting at $31,990. According to Volkswagen, this price tag is actually $2000 less expensive than the first-generation equivalent was at the time of its 2008 launch. And while it’s a fact that may be true, it’s one with questionable relevance considering the current model is priced between $28,990 and $44,990.

The second-gen Tiguan models will all gain the latest Apple and Android-savvy 8.0-inch infotainment system, electronic parking and lane assistance as well as rain-sensing wipers as standard fitment, with the level of equipment increasing in accordance with the pricing scale. 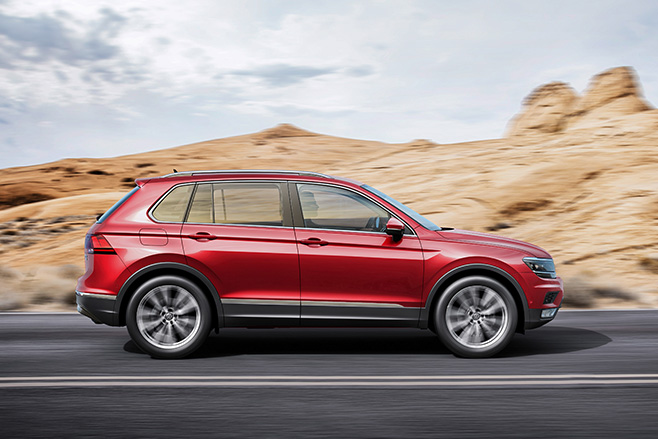 The first tier is the front-wheel drive Trendline 110TSI, which consists of either a six-speed manual or six-speed automatic gearbox matched to the same 1.4-litre turbo-petrol 110kW/250Nm engine. The auto option demands a $2500 premium, pushing the price to $34,490. 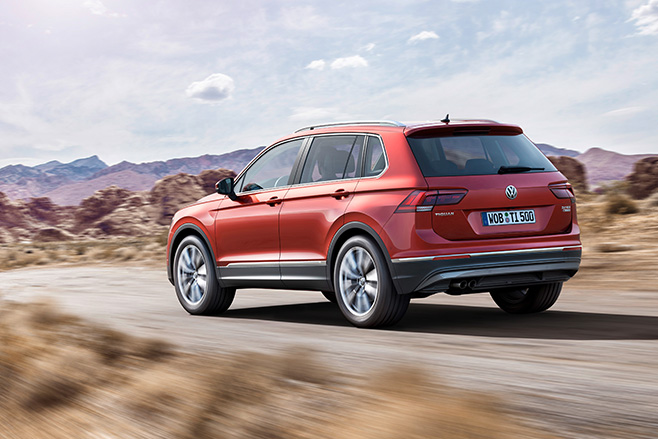 Rounding out the range are the Highline all-wheel drive models; both boasting seven-speed DSG transmission with the choice coming down to a petrol or diesel engine – both of which offer the highest power and torque outputs in the range. The 162kW/350Nm 2.0-litre petrol option comes with a $48,490 price tag while the range-topping 140kW/400Nm 2.0-litre diesel carries a retail price of $49,990.

If a choice of seven vehicles isn’t enough, the firm is also offering model-specific packages to further customise the car. The Driver Assistance package (adaptive cruise control; rear traffic alert; a digital instrument cluster and 360-degree camera) is offered for either the Comfortline ($2250) or Highline ($2000) models. Also available for the Comfortline is a $5000 Luxury package, featuring leather trim; electric tailgate; heated front seats; keyless entry and a panoramic sunroof. Priced at $4000, Highline buyers have the option of an R-Line package, which includes 20-inch alloy wheels; a sportier body kit; adaptive suspension and variable ratio steering. 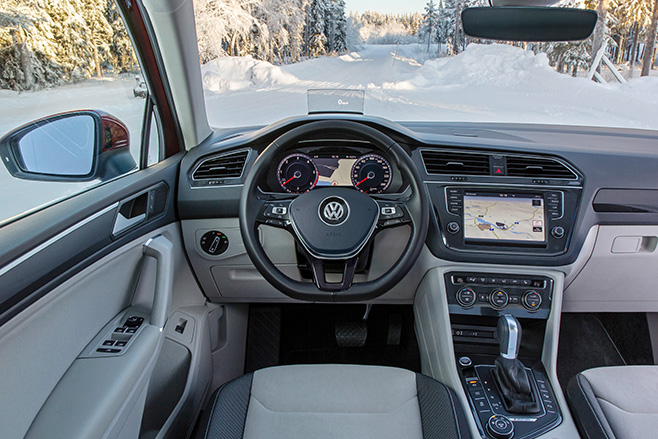 The second-generation Tiguan measures nearly 80mm more between the front and rear axles which, in real terms, offers almost 150 litres more space in the cargo area.

The size increase means the latest Tiguan will now go up against the likes of Mazda’s CX-5 in the highly competitive but equally lucrative medium SUV market in Australia.