Nissan’s most track-focused GT-R to date is one hell of a wild ride. And that may be its downfall

The GT-R Nismo is the fastest road-going Nissan you can buy today. Although it is priced at almost $300K it offers performance that challenges high-end performance cars with much higher price tags. 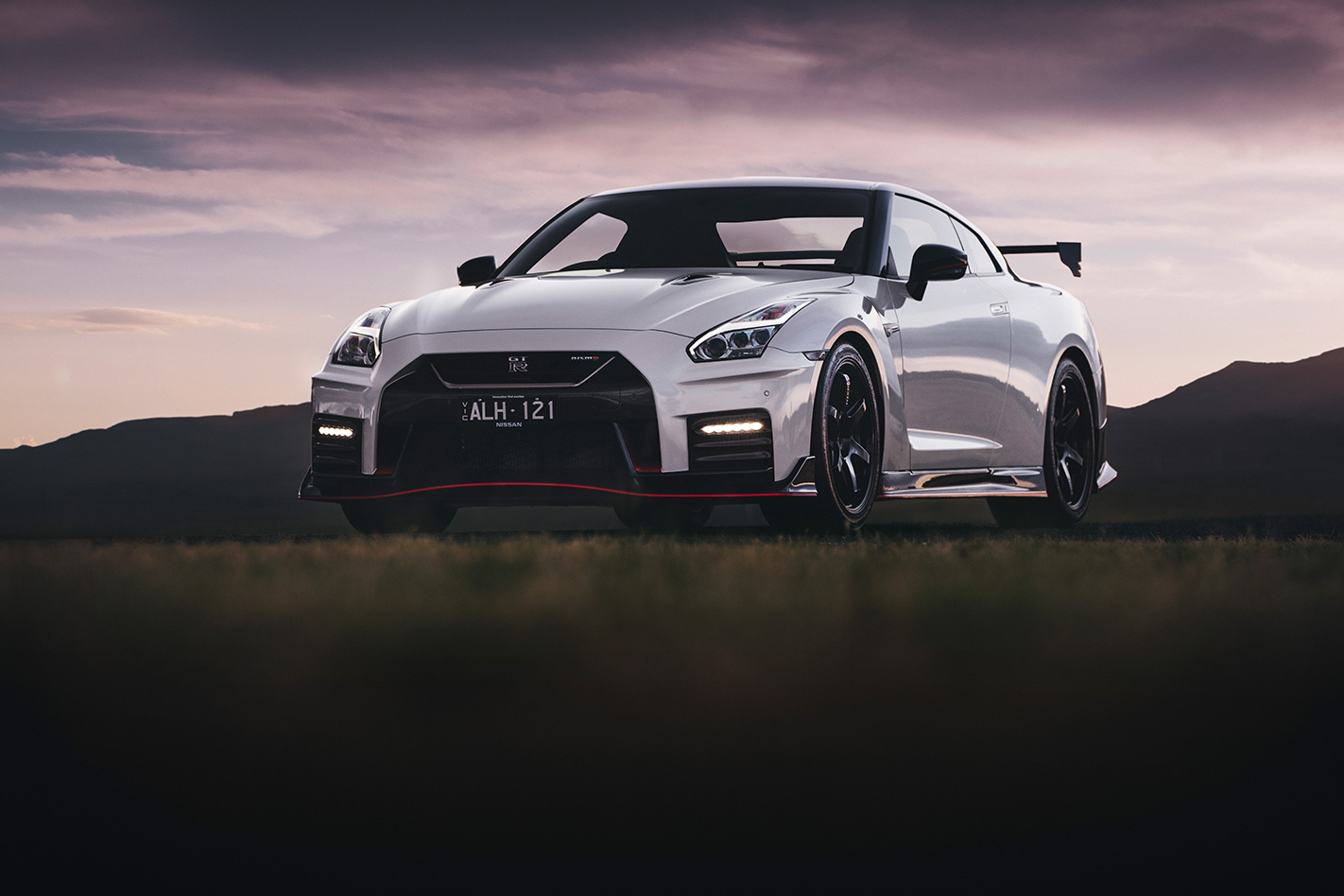 The GT-R Nismo's almost physics-defying performance is its calling card. It offers a level of grip, power and engagement that’s at times difficult to comprehend. It will blow you away with its sheer explosive performance, and that’s cool.

Speaking of explosive energy, the GT-R Nismo smashes out 441kW and 652Nm from its twin-turbocharged 3.8-litre V6 (22kW and 20Nm more than a GT-R Track Edition). It all goes to the road via a six-speed dual-clutch automatic transmission and a sophisticated all-wheel-drive system, and Nissan claims it’ll launch to 100km/h from standstill in about 2.7 seconds. That's incredibly rapid.

The GT-R Nismo will hang on tenaciously in corners, its adjustable – and Nismo-specific – Bilstein dampers providing as little compliance as possible to maximise tyre grip from its four 20-inch track-spec Dunlops. It’s no lightweight, but it negotiates bends like a car with 200-odd kilos less mass. 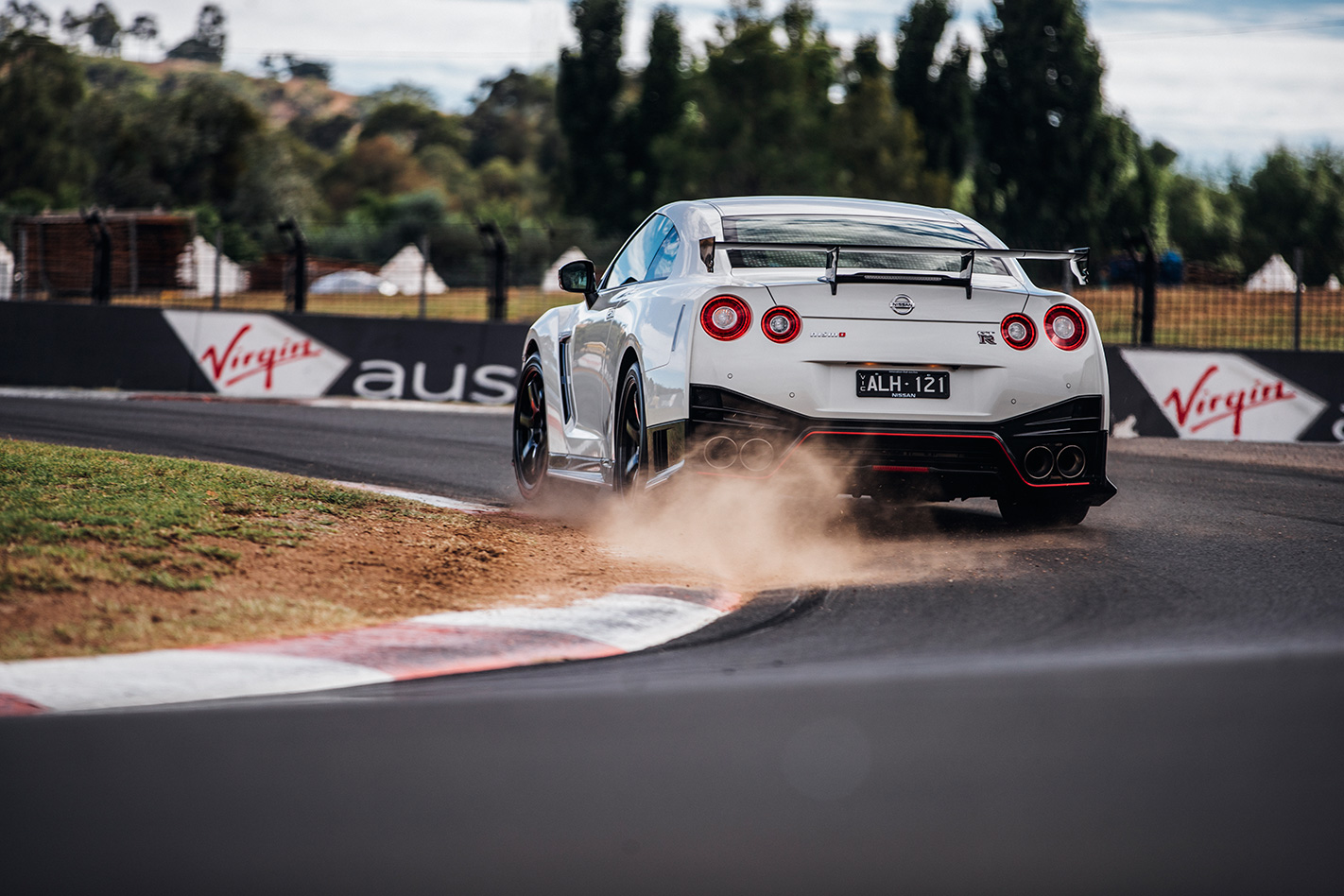 It looks aggressive and purposeful, so there's no mistaking it for a run-of-the-mill GT-R. The Nismo is wrapped in carbonfibre bodywork, capped off with a huge carbonfibre rear wing – and it all serves to give the car improved aerodynamics for high-speed driving, as well as a more athletic appearance.

The Nismo's steering is one of the most tactile and engaging around. It constantly feeds information to the driver about precisely what the front wheels are doing, and it's always moving around in your hands as the car responds to changes in the road surface. The steering is ultra-responsive, as you'd expect of a top-tier sports car.

Nismo-specific interior touches such as the Alcantara-trimmed steering wheel and dashboard, carbonfibre trims and Recaro bucket seats impart a race car vibe to the cabin. Those race buckets offer excellent comfort despite having less adjustability than the standard GT-R's all-electric front seats. 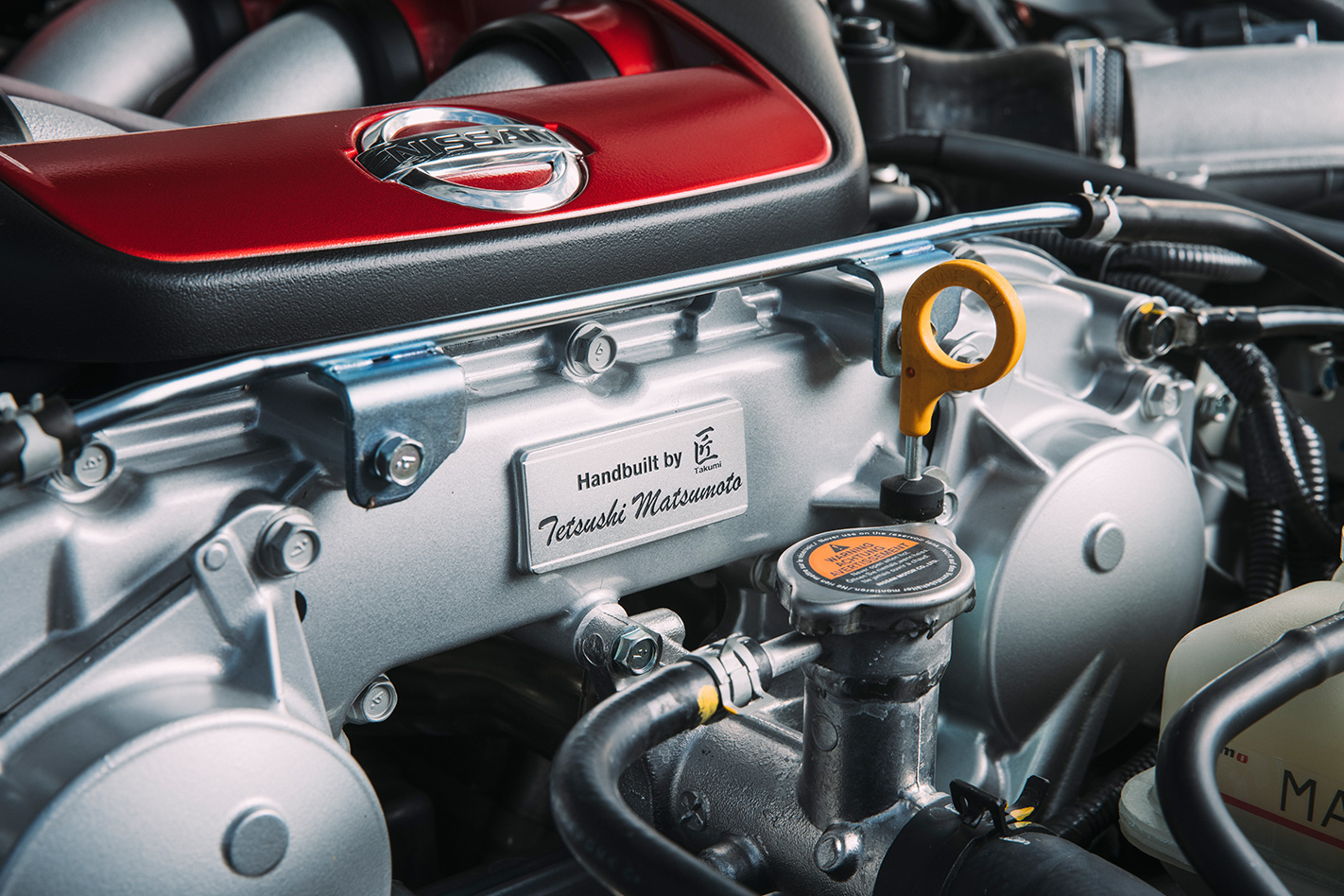 There’s no ‘off switch’ for this car – it’s always in maximum attack mode, even with the suspension set to comfort and the drivetrain switched to its gentlest setting. It is always raw, all of the time, and if you’re looking for a supercar that you can drive every day the novelty of the Nismo’s extreme nature will likely wear thin very quickly.

The steering’s sensitivity and feedback may be great when you’re attacking a mountain road or a hurtling around a racetrack, but on long drives it can quickly get tiring. You need to fight the wheel often, as it’ll threaten to pull itself out of your grip, and big bumps at highway speeds require a firm grasp of the tiller to keep the car within its lane. 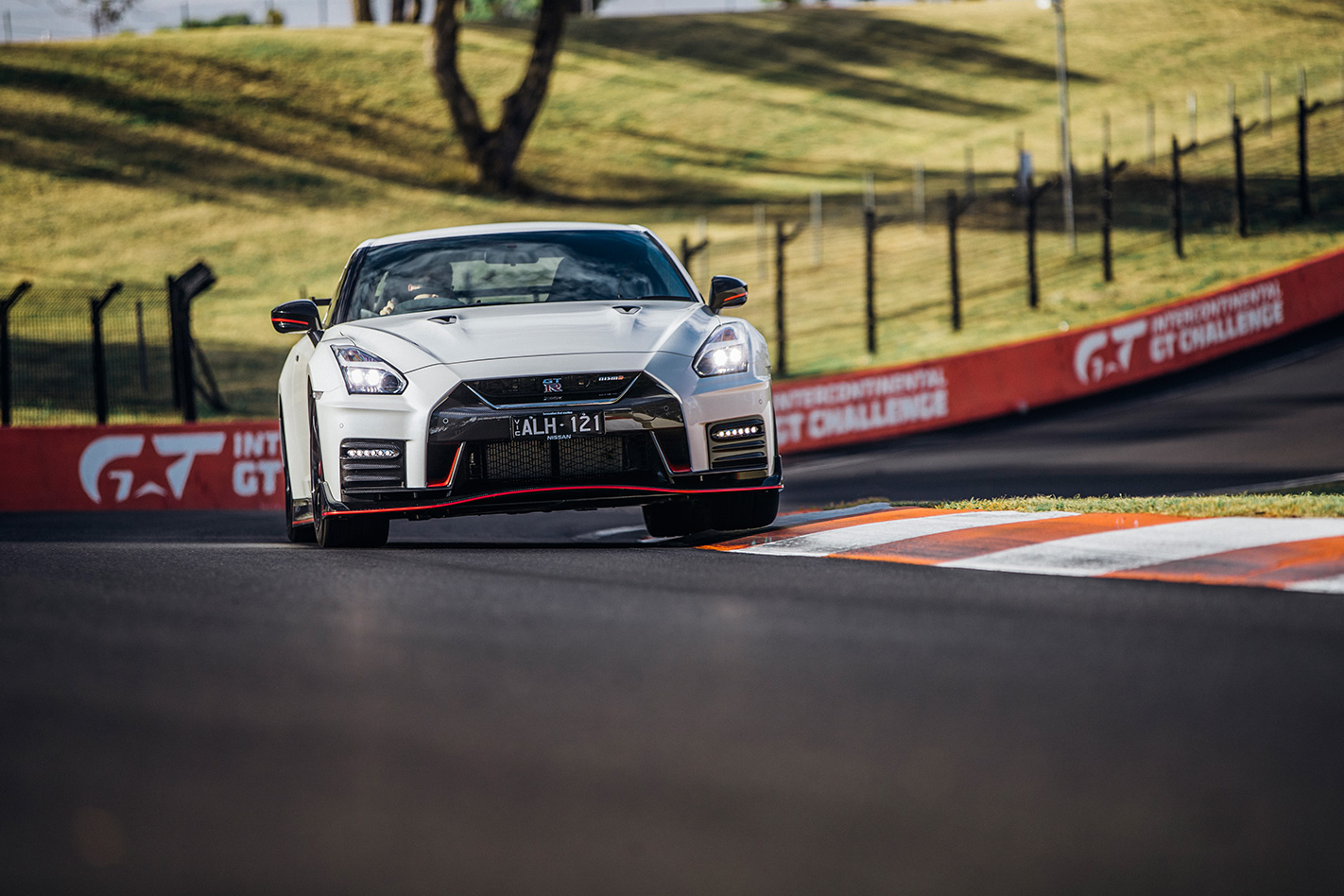 The GT-R Nismo cares not for things such as refinement, and the cabin is an unbearably noisy environment if you’re traveling at triple-digit speeds on a coarse-chip highway. Even when you’re not, the sound of the GT-R’s dual-clutch gearbox is ever-present, and then of course there’s the noise emitted by the engine itself.

It's pricey at $299,000, but limited supply means you may struggle to get your hands on one even if you can stump up the cash. Only 20 will be sold in Australia each year. 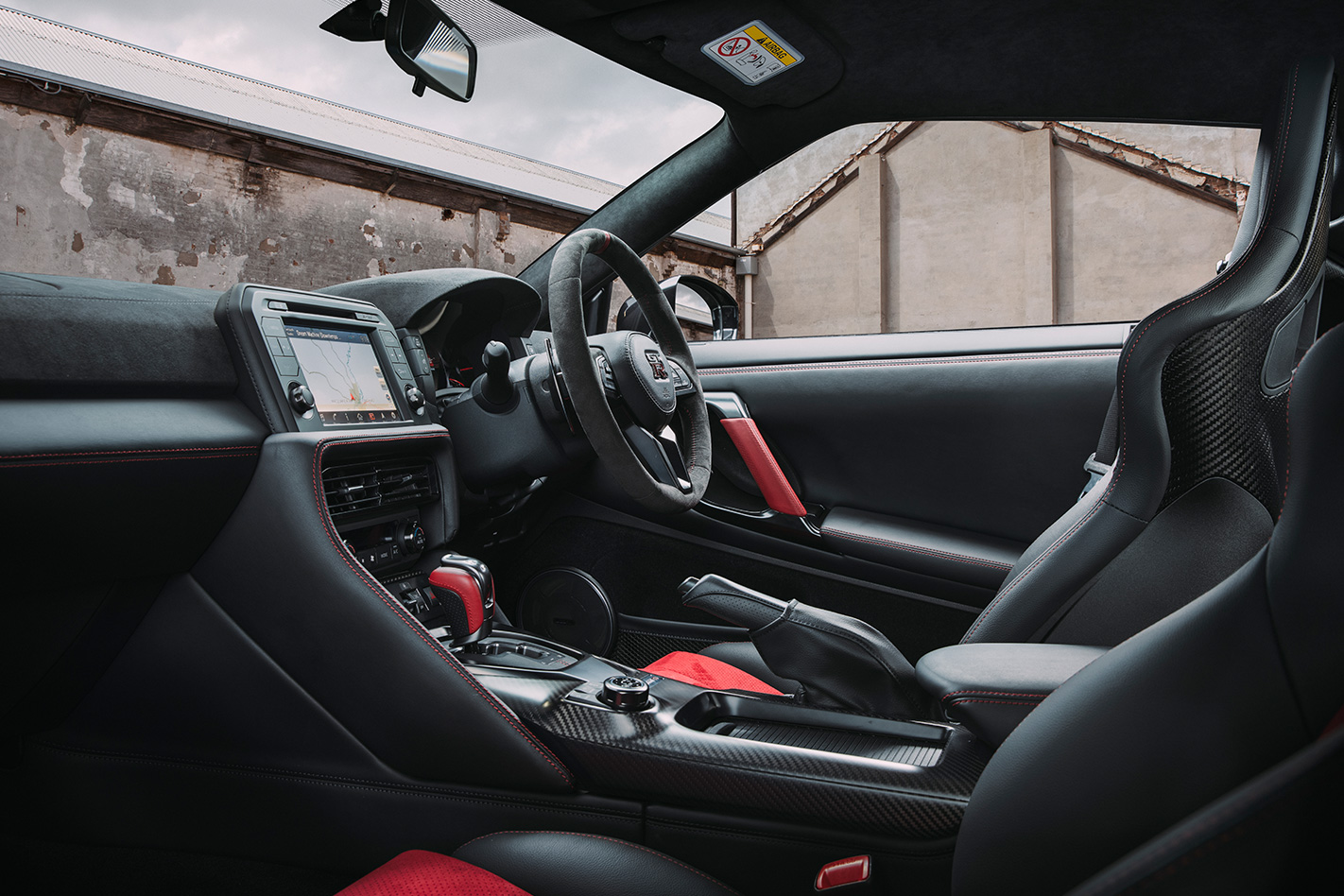 As comfy as the Nismo's Recaro seats are, they're mounted quite high for a sports car. Tall folks may find themselves too close to the headlining, and it's perplexing why the seats have been mounted so high. At a glance there's plenty of space beneath them to accommodate a lower seat position.

The Nissan GT-R's arch-nemesis has long been the Porsche 911 Turbo, and the GT-R Nismo lines up most closely to the 911 Turbo S. Both are powered by twin-turbocharged 3.8-litre six-cylinder engines, both use a dual-clutch transmission exclusively, both are all-wheel drive and both will hit triple-digit speeds in under three seconds.

The major differences are in price and civility – the GT-R Nismo is $162,900 less expensive than the Porsche, but the 911 Turbo S makes a better proposition for daily use.

Another choice is the Jaguar F-Type SVR. With 423kW and 700Nm from a 5.0-litre supercharged V8 going to all four wheels, the $290k F-Type SVR is a slightly cheaper alternative to the Nissan, but also slightly slower.

Really want the Nissan but can't come to terms with the cost? The GT-R Track Edition is a compelling alternative. It misses out on the GT-R Nismo's brutish bodywork and bigger turbos, but with a sizable 419kW and 632Nm and track-focused suspension settings it will give you most of the Nismo's thrills for a more reasonable $227,000 outlay.