What is the Jeep Grand Cherokee S-Limited?

If the Jeep Grand Cherokee were one of your kids, you’d be buying a Year Six uniform for it and arguing about social media use after 7pm.

It’s been around in its current guise since 2011, and while a replacement has finally been revealed, it won’t lob here until late-2021.

The large five-door, five-seat SUV is also one of the last places to buy a naturally aspirated V8. Does it still hold relevance in 2021? 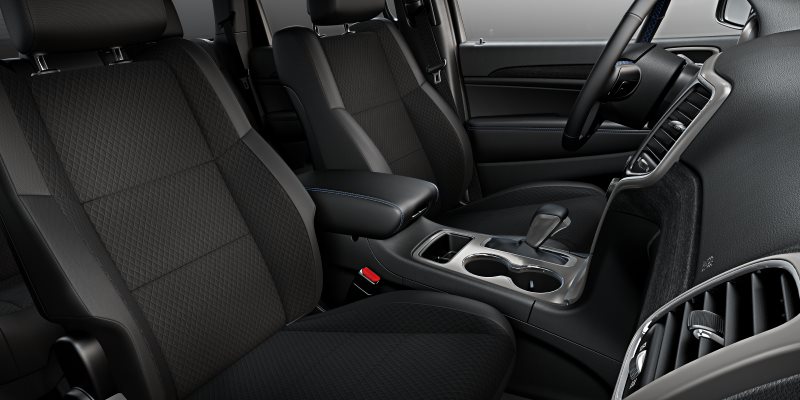 That sounds like a power of cash for an ageing SUV, but there’s a lot of spec on the sheet to consider alongside that HEMI.

On the outside, there’s bi-xenon headlights and LED taillights, 20-inch rims, black and grey accents, blacked-out exhausts, tinted glass, a bonnet and body trim bits plucked from the SRT and an $895 paint finish called Velvet Red, bringing the total tested price to $73,845 before on-road costs.

Inside, it’s black leather from floor to ceiling, with a sizeable 8.4-inch multimedia screen dominating the centre console and complementing the digital dashboard.

It’s possible to flip quickly between on- and off-road modes with the Select-Trac system, too.

Stick it up next to the $77,760 Patrol and there’s not much to pick between the two if you’re hankering for V8 petrol-powered wagon goodness. I’d give the Jeep the nod for its more modern interior, though, to be fair.

I’ve always had a bit of a soft spot for the old Grand Cherokee – the diesel versions are amazing for towing, the original SRT V8 was a riot and the Trackhawk is just one of those things you have to try before you shuffle off this mortal coil.

The S-Limited falls somewhere in the midst of all of these rigs for performance, but for practicality, they are all line-ball.

Up front, the seats are generously proportioned and well shaped for long-haul work. Managing the car’s systems can be confusing – do I press a button or use a screen? – but the clear-as-crystal dashboard and well-behaved Uconnect system took care of the basics.

For its size, though, the Grand Cherokee has always felt a little claustrophobic in the rear, especially when you start adding child seats and the like; knee room is gobbled up pretty quickly, for example, and a taller driver could potentially struggle with a rear-facing baby seat clicked into the ISOFIX mounts behind them. 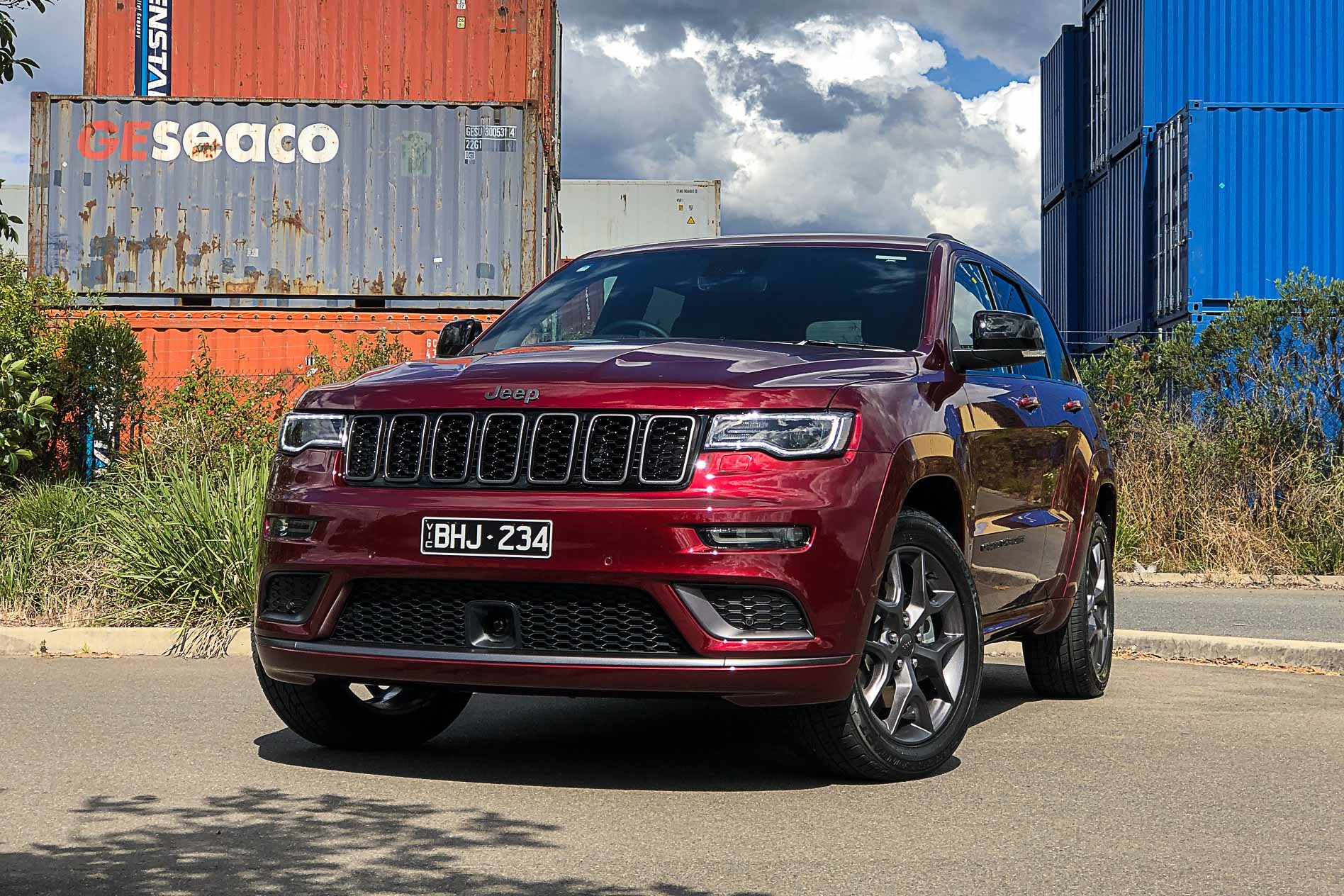 There are plenty of vents and USB chargers front and rear; it’s something that many of its competitors are only now just catching up with, actually.

Jeep claims 782 litres of boot space behind the rear seats, measured to the roof. Drop the seats with the handy levers and space increases to a similarly measured 1554 litres of area in which to shove large things. 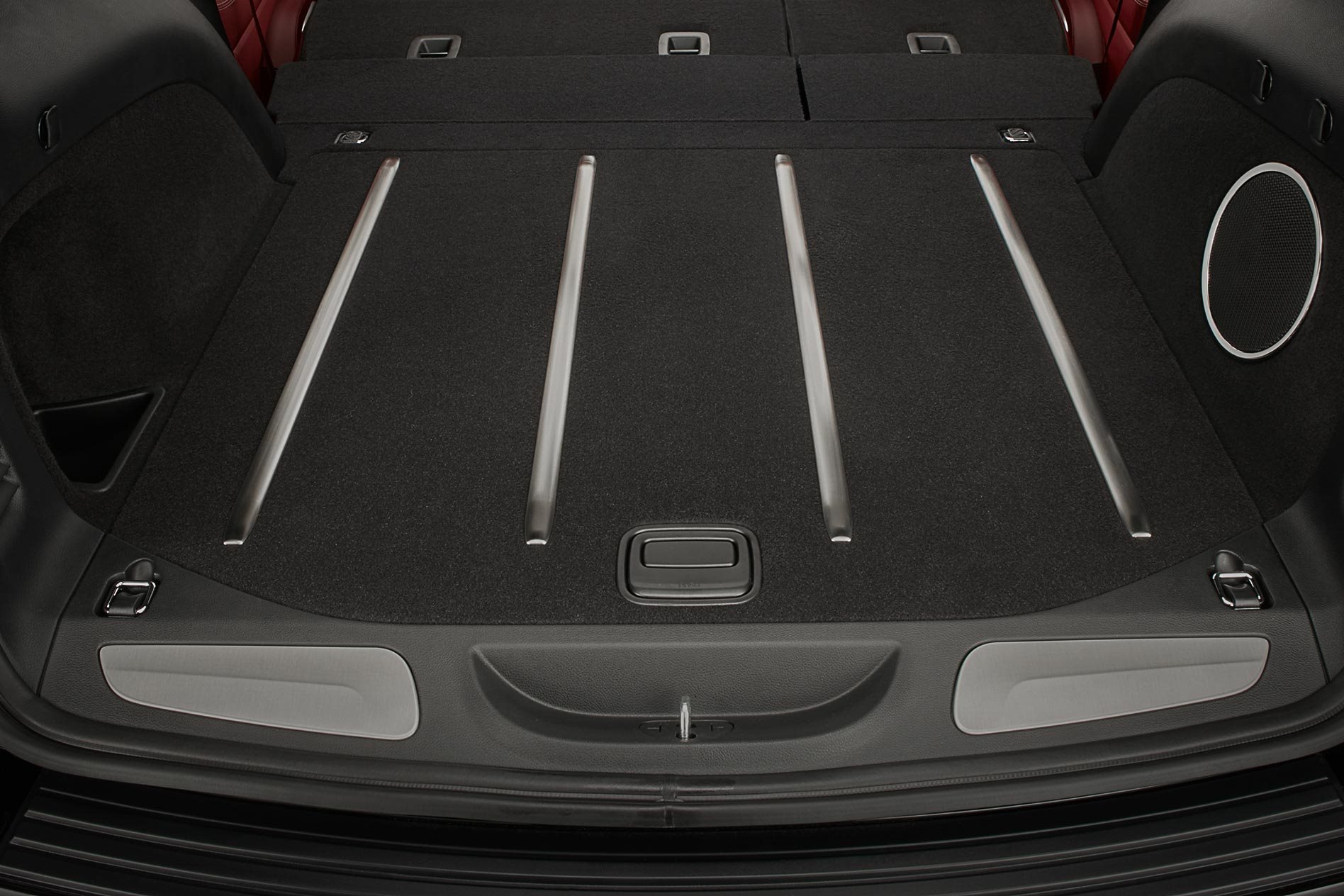 The boot floor sits a little high for those, erm, compromised of height, but it’s a big car, after all.

MORE Jeep admits it "messed up" in Australia

It’s good for 3500kg of braked trailer, too with a generous downball rating of 350kg. This covers off all but the biggest caravans and boats, and it towed our 1800kg race car/rental trailer combo with ease. 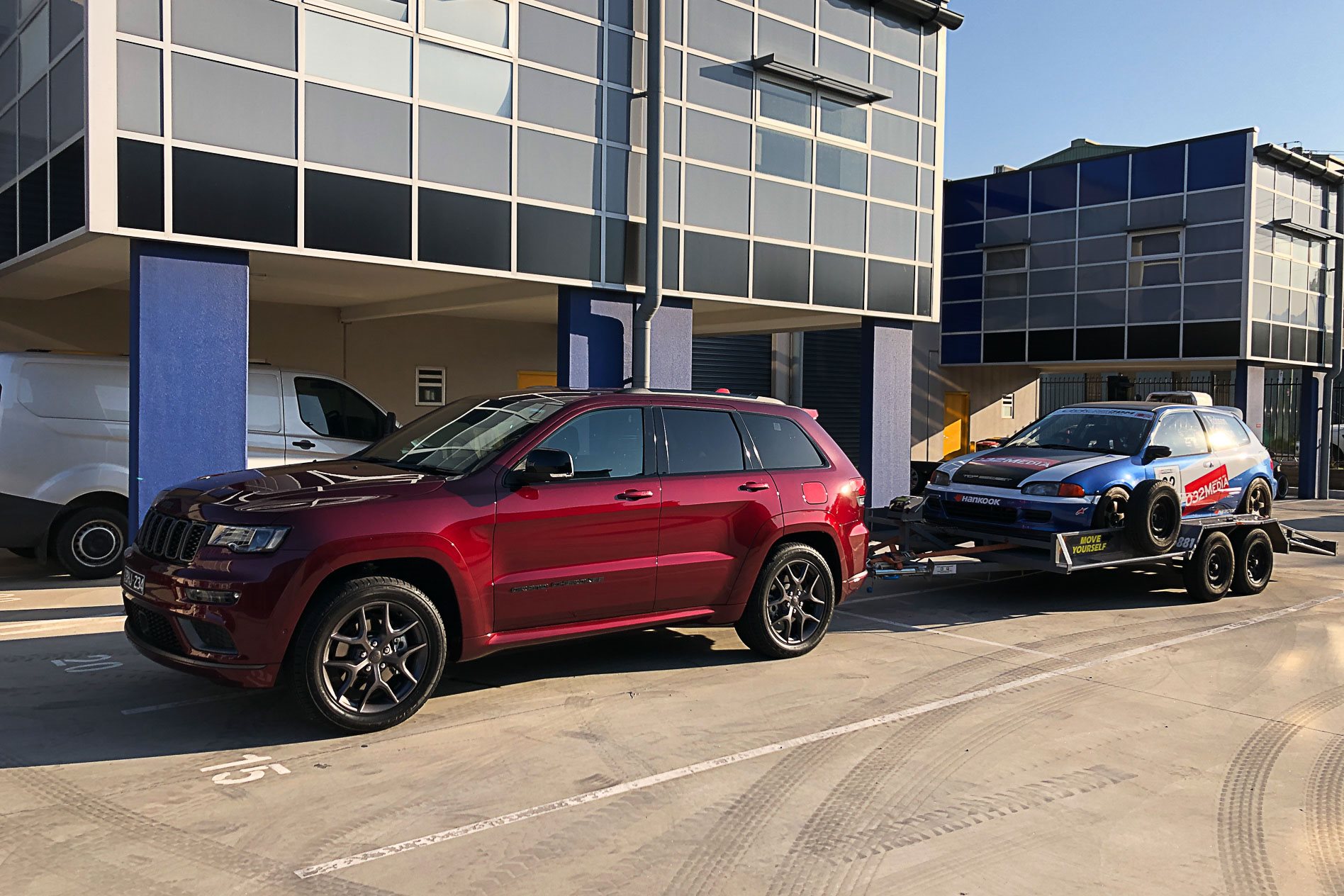 Towing is also made simpler by the comprehensive, high-res rear-view camera display that makes lining up the ball and backing a trailer up a lot easier.

It’s a V8, Jim, but it’s not supercharged. The long-serving 5.7-litre pushrod HEMI V8 makes 259kW and 520Nm in this tune, backed up by an eight-speed automatic feeding into Jeep’s Quadra-Trac II 4x4 system.

It sounds like a healthy dose of oomph, but don’t forget that it has to haul around a 2300kg tare figure.

MORE V8s are a dying breed

The S-Limited comes with multiple terrain mode programs and hill descent control to go with its dual-range capability, though the 20-inch road-biased tyres will be the limiting factor should you want to bash the bush in your $70k-plus wagon.

Part of my fondness for the Grand Cherokee comes from the fact that it’s a doddle to drive.

With excellent visibility, logical controls – foot-operated park brake notwithstanding – and comfortable seats, the Grand Cherokee is a mile-muncher par excellence.

The naturally aspirated V8 feels more adequate than athletic in this application, though… perhaps I’ve been spoiled by Jeep’s supercharged specials. 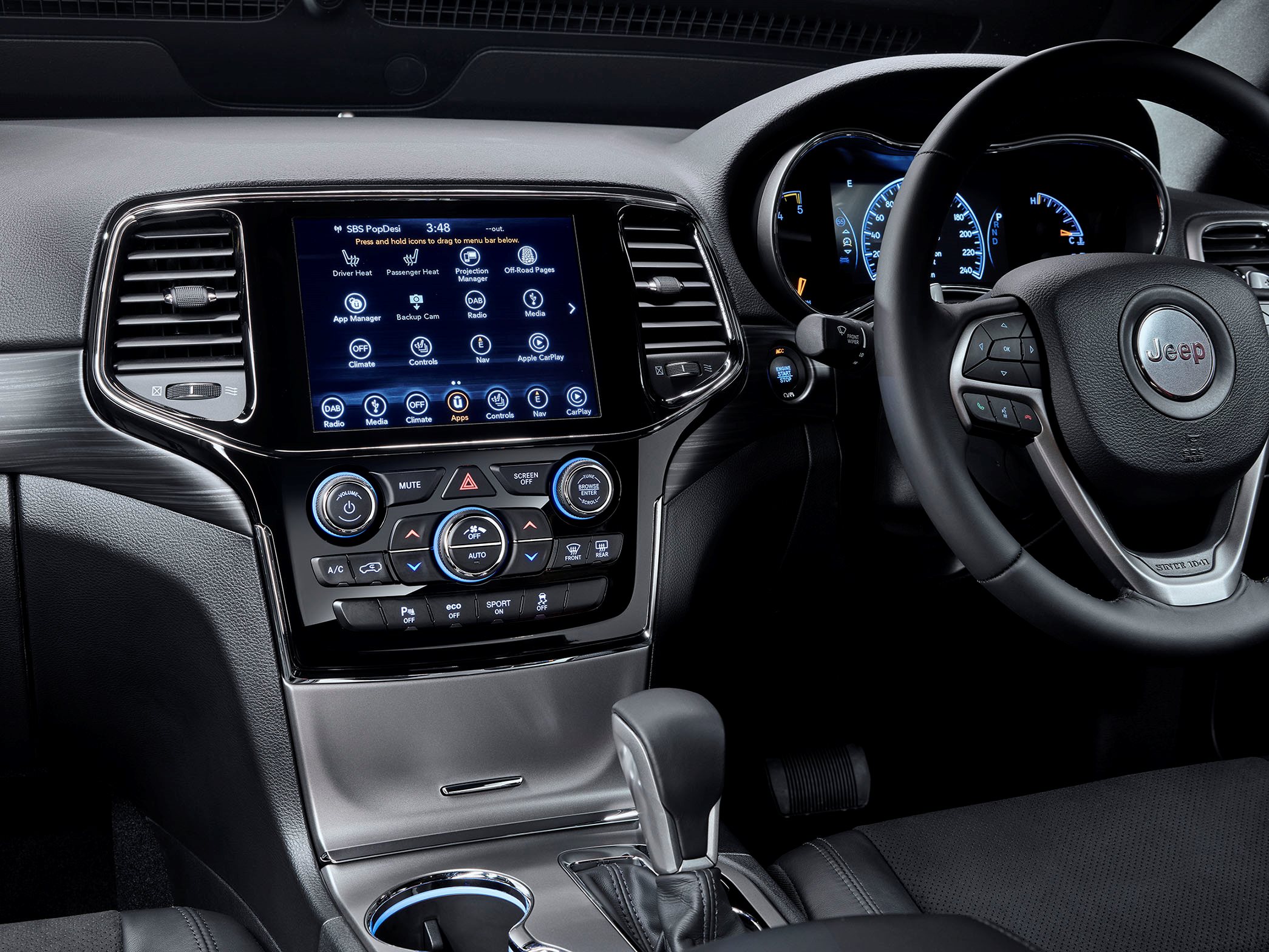 It’s surprisingly quiet and refined and gets up to pace sufficiently well, but it does lack the fire and vim that the S-Limited’s looks might suggest are present.

Its coil-sprung suspension rides the road well, even with the huge 265/50 R20 Continentals sprayed onto the rims, while cornering prowess is par for the course for a large SUV.

There’s a surprising amount of feel in the electrically-assisted steering, though, which is always welcome. Twin-pot brakes up front do the job sufficiently, as well.

Despite its age, the Grand Cherokee s keeping up with the Joneses in the safety stacks – just.

However, the next iteration of the Grand Cherokee will need to include elements like junction assist and the ability to pass the more stringent front occupant collision rules now in place.

It still warrants a five-star ANCAP rating, though.

How much does it cost to run the Jeep Grand Cherokee S-Limited?

Still, it’s how you use the right foot that matters… over 350km, I returned 13.9L/100km, and that included 200km of towing. I even impressed myself with that return!

However, what you spend in fuel, you save back in servicing.

Jeep has fixed the price of the first five services on the V8 S-Limited at $399 (the diesel is $599 by way of comparison).

The service interval of 12 months/12,000km is a little on the low side, as is the five-year/100,000km warranty period. Jeep does offer five year’s worth of free roadside assistance and will add an extra year on top every time you service the Grand Cherokee at a dealership

On the surface, the Jeep Grand Cherokee S-Limited is a fundamentally decent thing for those who like the notion of a petrol V8, who like to tow and those who don’t need three rows of seats (to wit: most of us).

It drives perfectly well, has all the right bells and whistles and looks inoffensively handsome to boot. 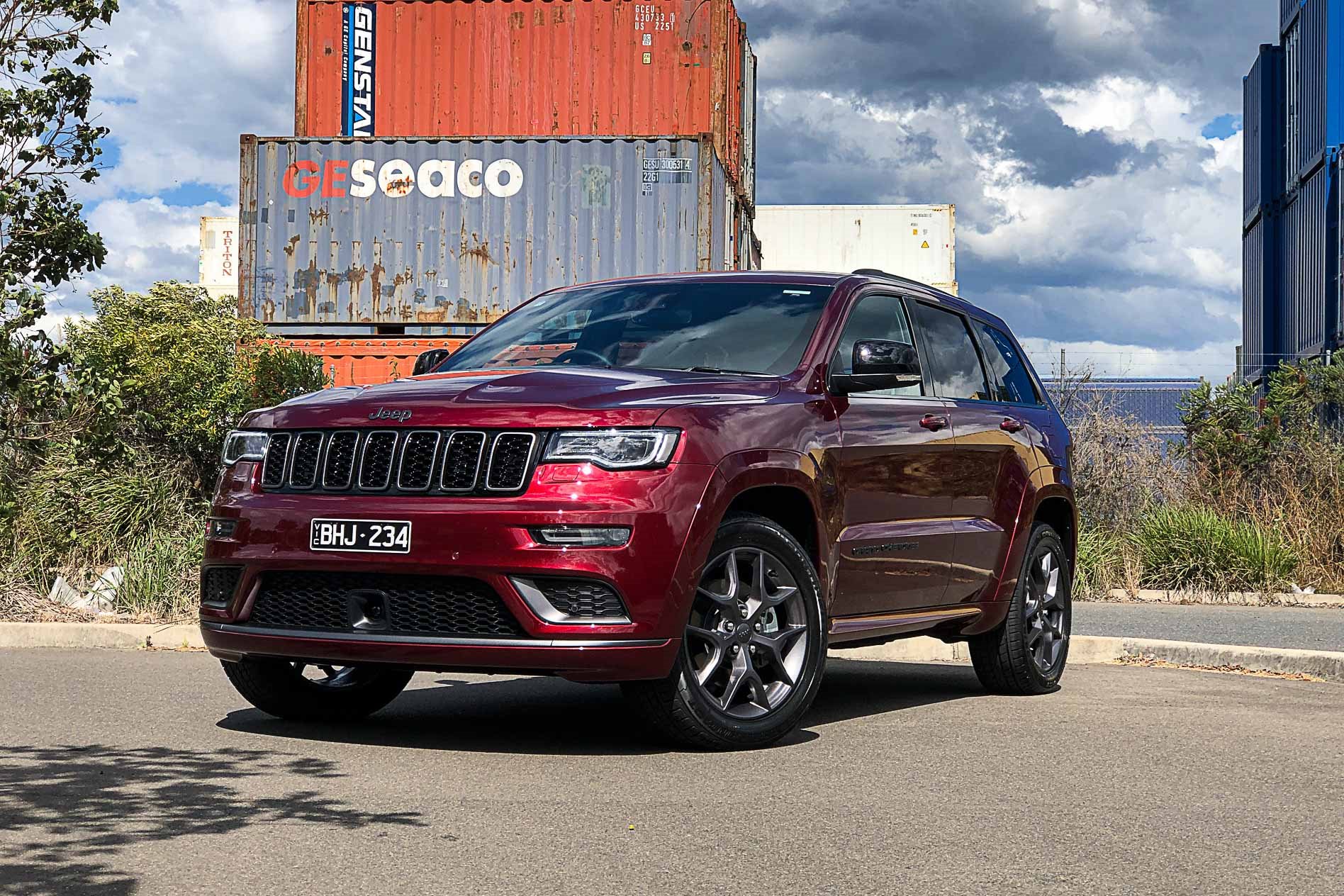 The elephant in the garage with the Jeep brand is its perceived attitude to quality and service, but the company is working hard on improving its game in these areas.

With the new Stellantis name over the door, Jeep’s future is assured, so it’s in the company’s best interest to look after its customers – and even though five years of warranty looks to be two years shy of the average these days, it should be enough to soothe the nerves of a reluctant buyer.

Handsome, all the right specs, great for towing

Not a spring chicken any more