It was was back in 2015, somewhere inland from Coffs Harbour on the NSW mid-north coast, that former Wheels staffer Damion Smy and I exchanged ‘the look’. (No, not that look, people. Keep it clean. Family publication, etc.)

‘The look’ was all that was needed to encapsulate one of the those ‘oh dear, what have they done?’ moments.

We were sharing a BMW X1 on the Australian media launch, and Damo was in the passenger seat. For the previous 20 minutes or so, as the craggy but fast backroads pitched the X1 around like a cork in a cranky baby’s bath, neither of us had spoken, but we were both thinking exactly the same thing.

Then came a fast, sweeping left, with ripples in the bitumen created by logging trucks lumbering through on baking hot days. The X1 unloaded a spiteful volley of rack rattle and pitched drunkenly in protest.

“Jeez-us,” said Damo, already popping on what would be his imminent PR hat, “who chose these roads for this launch?” 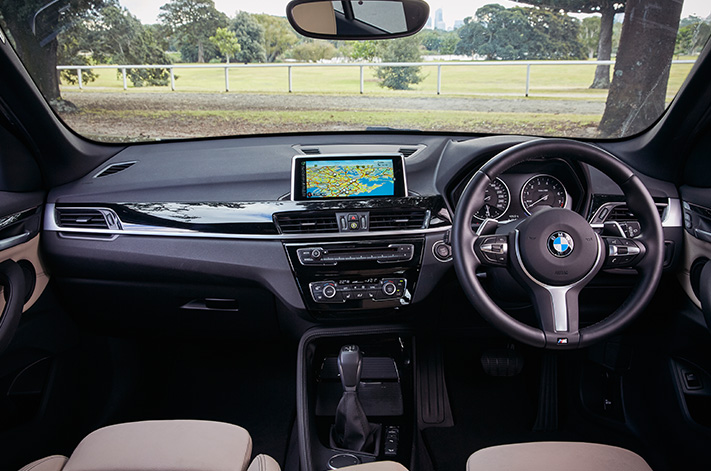 I thought the roads were perfect, because while it was clear that the then-all-new X1, on UKL architecture shared with Mini (and 2 Series Active Tourer) had plenty of virtues, its hard-driven dynamic composure and chassis absorbency on lumpy Aussie bitumen weren’t among them.

It transpired that the cars we drove on the launch were fitted with conventional passive dampers. Optional adaptive dampers (officially Dynamic Damper Control), BMW explained, would be available for customers ordering their cars at that time for just $690, and would be fitted to a subsequent fleet of press cars.

Which is a slightly long-winded answer for any of you who may have sniffed, “What’s with the X1?”

It’s here, adaptive dampers very much present and accounted for, to seek redemption for its performance on that launch program, and its fairly unceremonious first-round exit at 2016’s Car of the Year, due mostly to – you guessed it – a lamentable ride.

We’ll get to the dynamic assessment of the adaptive-damped chassis in due course, but first, to the basics.

Ours is the top-spec petrol of a four-strong X1 range. All are 2.0-litre turbo four-pots; a low-output diesel in front-drive, high-output all-wheel drive, and the same pairing reflected in two petrol variants. 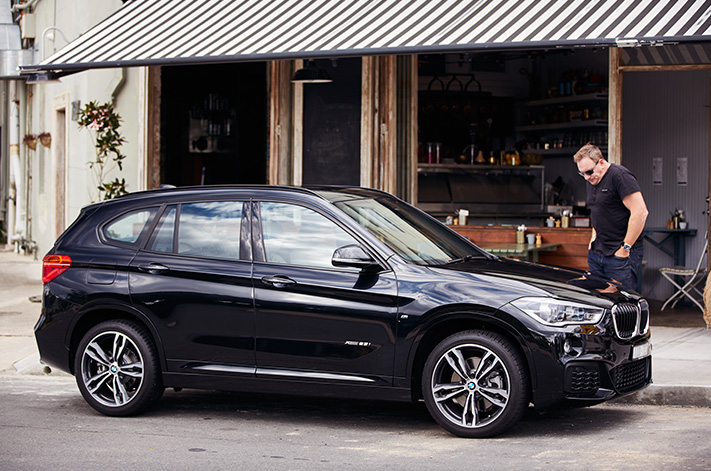 Without options, we could have been away for just over $60K plus on-roads, but happily our example is a bit fruitier. It’s armed with the M Sport package ($2300) bringing a different design of 19-inch wheel running 225/45 R19 Dunlop Sport Maxx run-flat rubber, sports seats with comprehensive electric adjustment, as well as extendable under-thigh support and heating, external M aerodynamic package, M Sport wheel with paddle shifters, and the all-important Dynamic Damper Control, among a few other trim and black-out changes. The only other option fitted to our car is the Black Sapphire metallic paint at $1190.

The level of standard equipment is high – this top-spec version comes standard with the Innovations Package (optional on lower variants) that adds active cruise control, head-up display, Navigation Plus, DAB+ radio, as well as the Comfort Package: keyless entry, auto tailgate, and heated electric seats. But naturally that didn’t stop me scanning the options list to see what might have been.

The main omission that caught my eye was the Harman/Kardon 12-speaker/360-watt amplification upgrade ($1190), which would have been nice, as the stardard system lacks a centre channel, and when played loud, delivers bass that’s a bit muddy and thuddy, rather than tight and tuneful.

On the upside, early impressions suggest the X1’s ride and body control are vastly improved on the adaptive dampers, and the powertrain, packaging, interior treatment and general liveability are all winning me over.

A great second start after a bumpy beginning.

Have you ever had one of those ‘vindicated’ moments where you’ve pumped your arms in a V, and screamed, “I told you so!” into the face of the nearest person, regardless of whether they had any idea what you were suddenly so triumphant about?

No, me neither. But I did come close recently.

See, this relates to the BMW X1’s urban ride; specifically, how it deals with ruts, expansion joints and sharp edges on its 19-inch run-flat Dunlop rubber. I’d rate it as okay – much better than the Renault Koleos I ran prior to this car – but not great.

There’s a bit too much hollow-sounding thunking and thudding, which can intrude on the serenity provided by the slick, quiet powertrain. I suspect the stiff, highly reinforced sidewalls of the run-flat rubber are the primary culprit, based on previous experience, probably not aided by the low profile dictated by the 19-inch diameter. 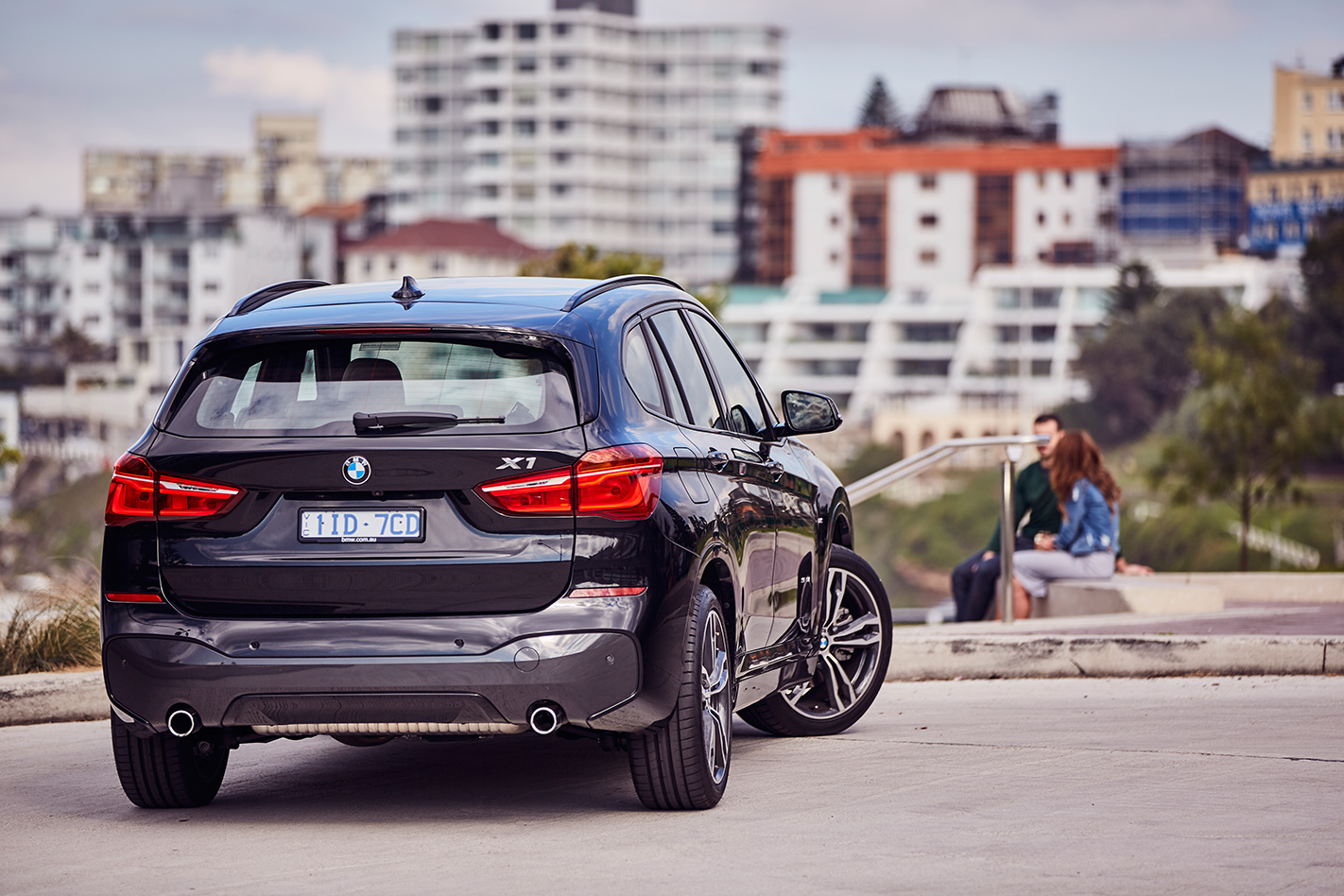 Anyway, only hours after pondering how the X1 would ride on conventional rubber – maybe 18s, rather than 19s – I found myself having dinner with Hyundai dynamics honcho Albert Biermann (see profile in July Wheels) and the subject of run-flats came up.

Biermann’s last job was boss of BMW’s M Division where, contrary to elsewhere across the range, run-flats were not fitted. “Why was this?” I asked the 61-year-old German.

He fixed me with his piercing blue eyes and answered, “I really don’t like run-flats. The way they impact the ride; they make spring and damper tuning a nightmare.”

I didn’t pull my shirt over my head and do a victory dance around the restaurant. That would have been ridiculous and undignified. But I did reach out, grasped his hand and whispered, “You’re a beautiful man.” Which may have creeped  him out just a bit.

BMW argues that the safety and convenience factors outweigh any ‘perceived’ ride compromises on the mainstream models, and a fatality on Sydney’s Warringah Freeway in May would vindicate the company’s position that changing tyres on a dark, busy road can be potentially deadly. 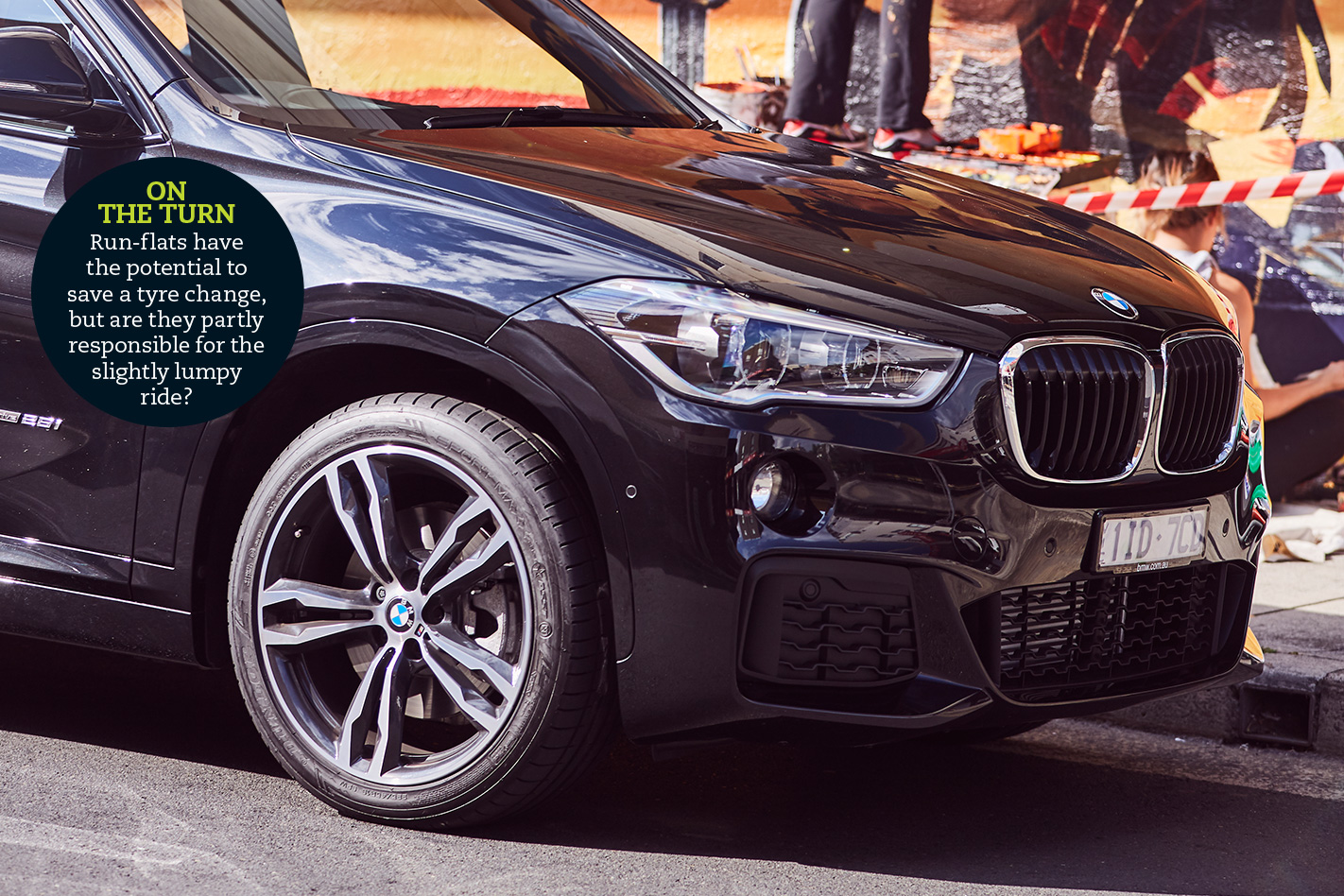 But the X1’s dynamics are otherwise so agreeable – it has alert, nicely weighted steering, controls roll well, and has sweet front-to-rear balance when loaded up through fast corners – that it seems a shame that the ride is compromised for the sake of a comparatively rare event like a puncture.

Ride quality on our shabby Aussie roads is something you’re acutely aware of on every outing, where as a puncture … well, when was the last time you had one?

I’d carry a goo-inflation kit in the metro area, throw a space-saver in the boot for trips away, and know that BMW’s roadside assistance would be there to bail me out if I was in a spot.

A strategy firmly endorsed, incidentally, by a bloke who knows a thing or two about BMWs. 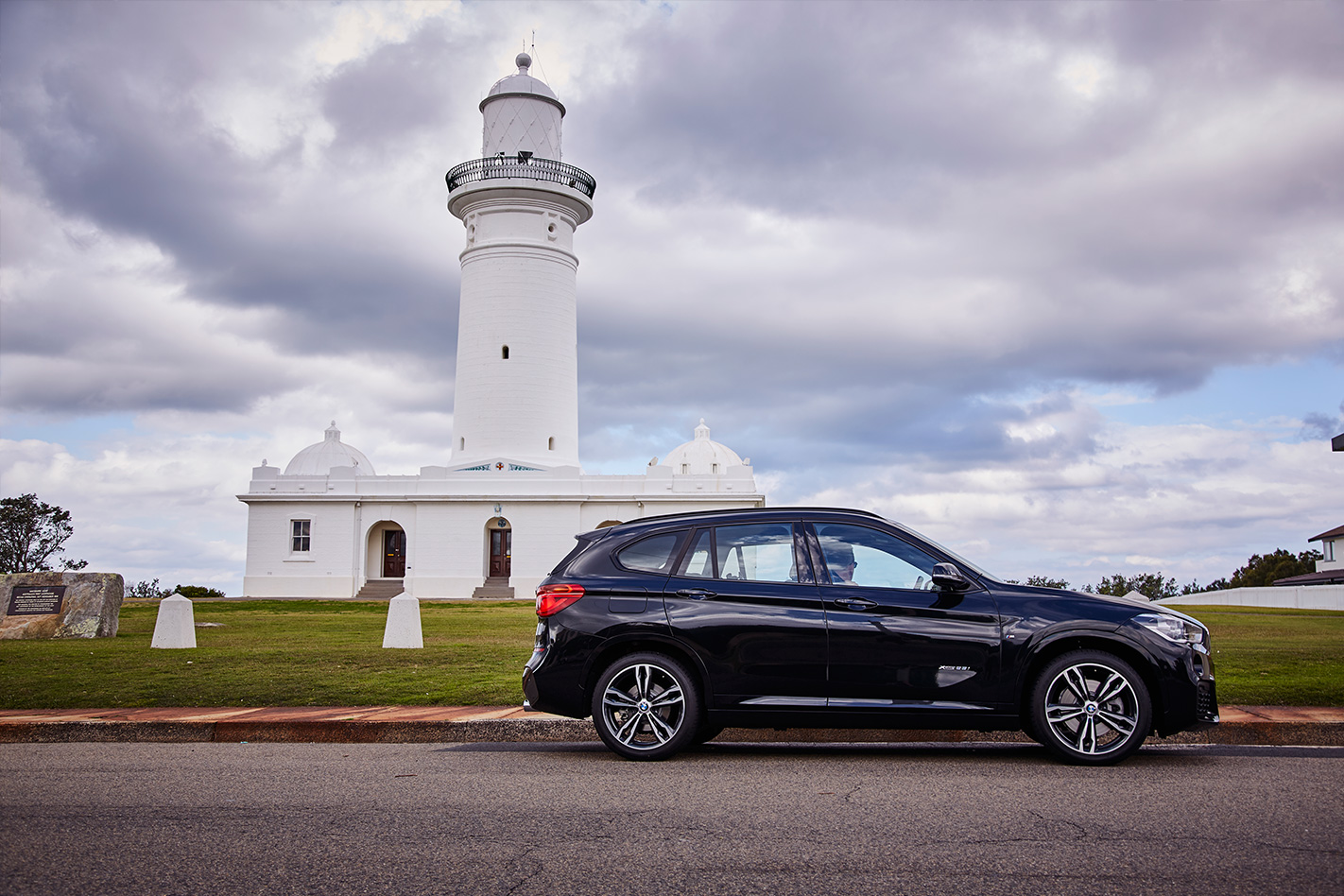 BMW wants the X1 back, and leaves Westerman looking to fill the hole left in its place

IN THIS business in which I work, it’s seen as a badge of honour to own a car; one you don’t need, that you rarely drive, and receives none of the love and attention that you originally promised it.

It’s why the easiest way to spot me in a crowded room of motoring journos is to look for the rumpled bloke with the pebble-crete complexion and zero badges of honour. 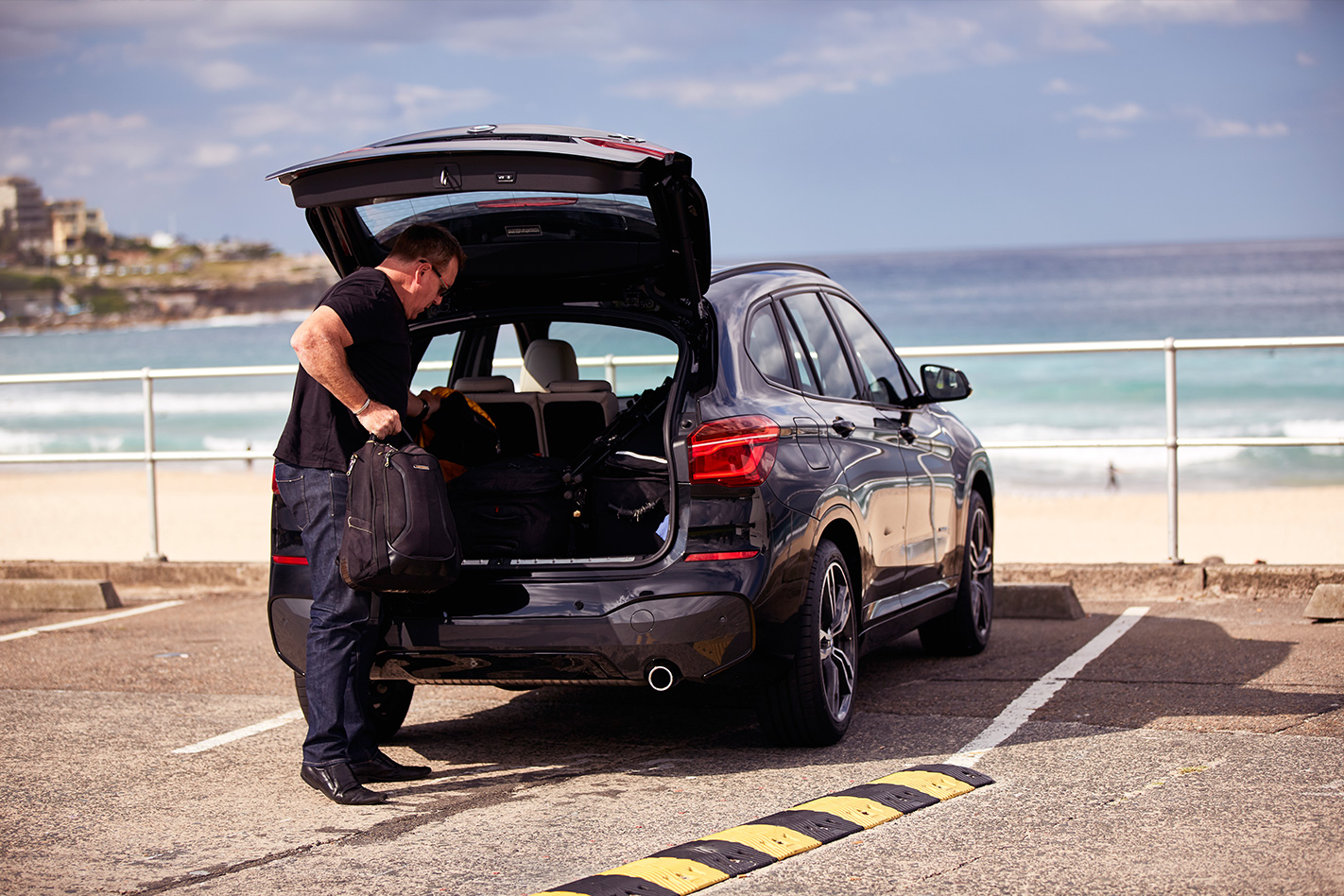 The last car I did buy, purely for my own pleasure, was way back when my head of hair was thick, and my Nokia phone even thicker. It was an E30 BMW 323i, a car which did see ample love, at least until I was love-tapped into a stout tree on Sydney’s lower north shore.

Anyway, according to research regarding buyer loyalty, that car makes me a prime candidate to purchase another BMW, which is the hypothetical I find myself immersed in here, as the BMW X1 stands cleaned and fuelled, and ready to return to its maker.

So would I? Let’s start with the positives, of which there are plenty. The overall dimensions and packaging were spot-on for me: ample load area with the seats folded, or sufficient room for my leggy teenage daughter behind my driving position. The X1 never feels cramped, yet is still sufficiently compact to feel wieldy in tight spaces. 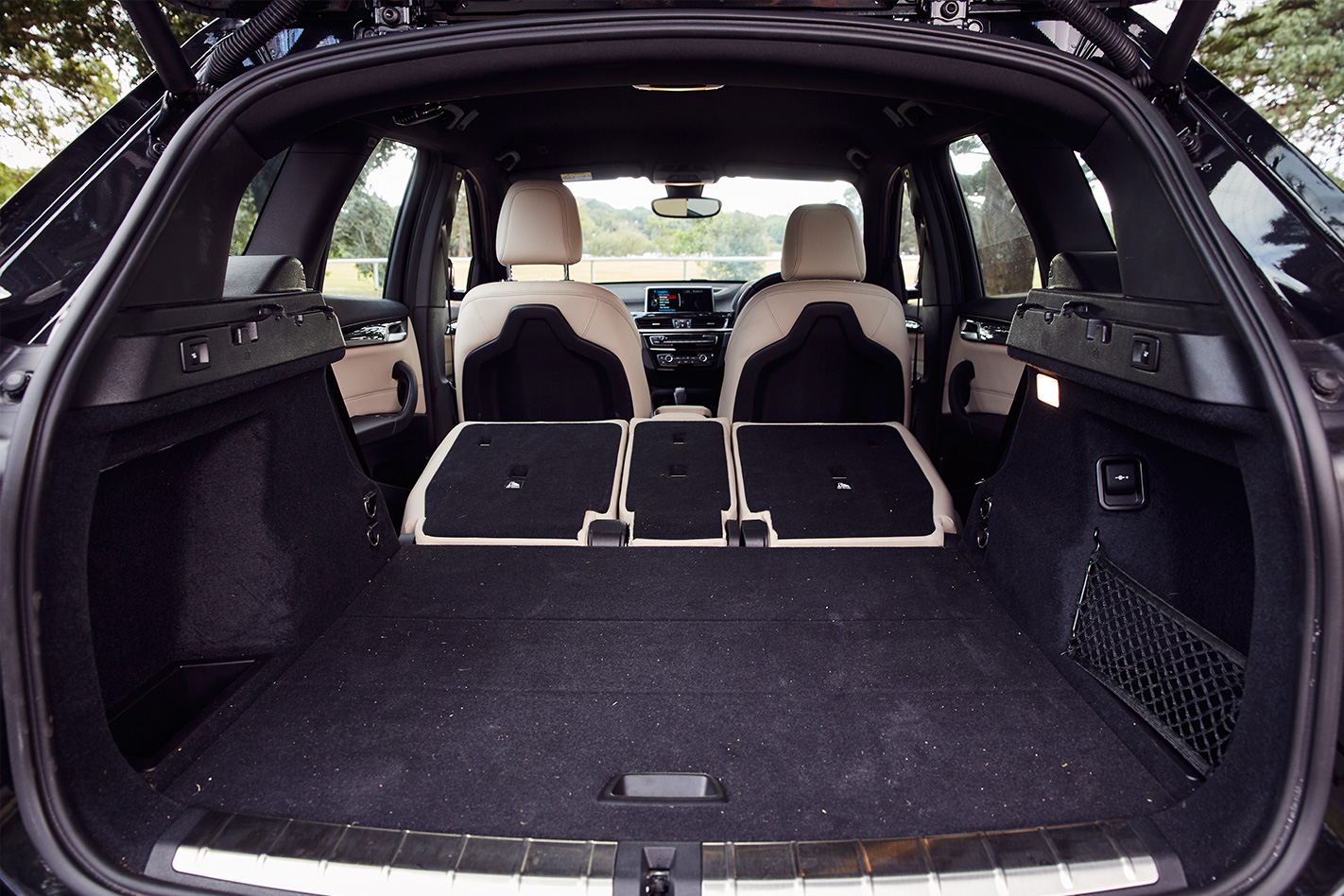 Then there was the feel-good factor, both literally in terms of seating and comfort, as well as that little inner glow when you slide into a well-built, nicely appointed car. I found the driving position, seat support, oddment storage, instrument clarity, and general user friendliness of the thing difficult to fault.

More credits in the powertrain department, too. The extra urge of the high-output 2.0-litre turbo was always nice to have. Its refinement and eagerness is superb. Perfect throttle calibration, super smooth, and happy to chase the 6500rpm redline.

It’s not overtly sporty sounding, but that was never an issue for me; I was happy to enjoy the near-lag-free delivery, plucking ratios via the paddles, and surfing along on that generous wedge of torque. 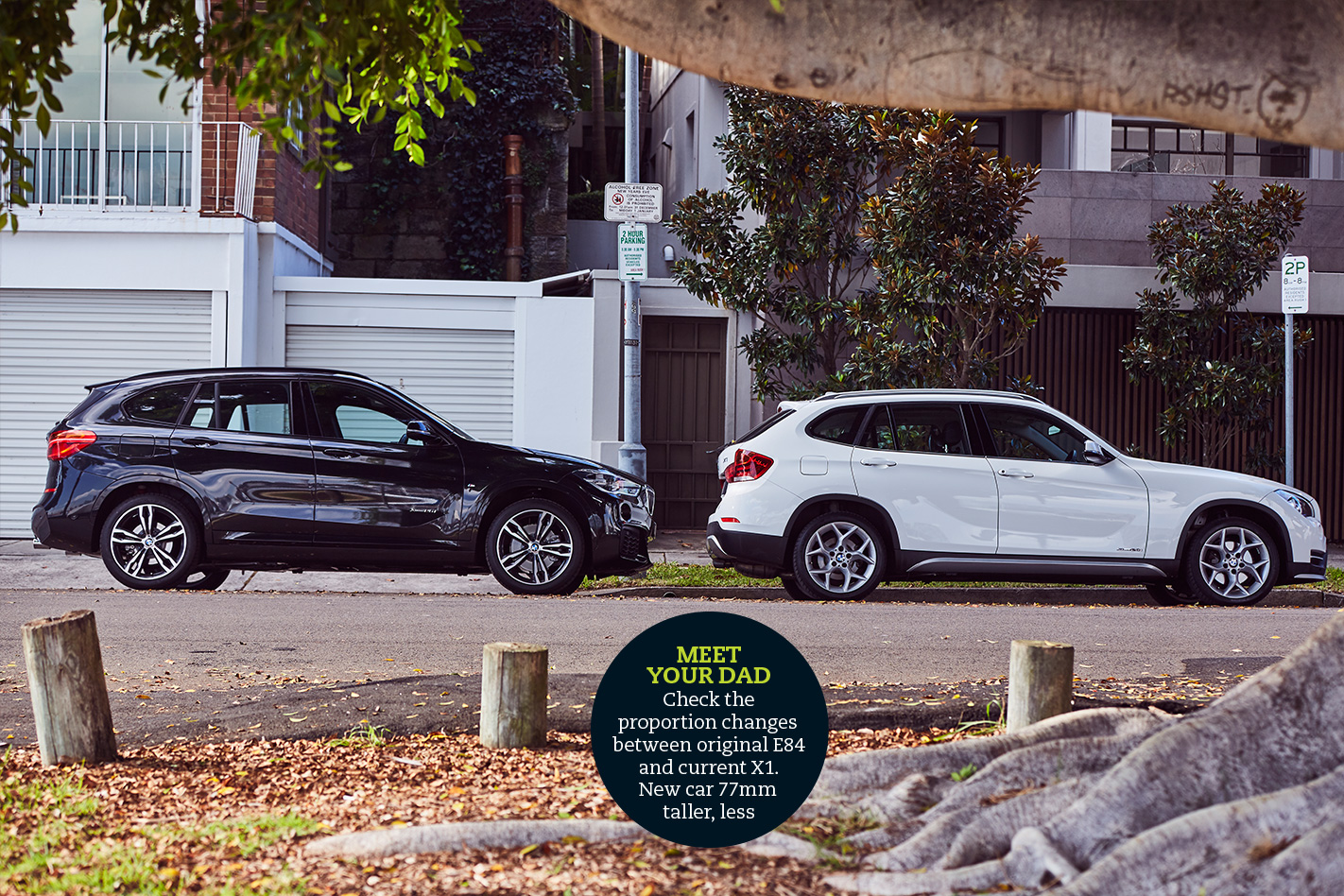 The thumpy ride is really the only dynamic demerit, and could be improved by ditching the run-flats. The steering is not perfect in terms of providing a completely natural connection, but it’s still very good – well-weighted, quick-witted, and with a reassuring self-centering action. Likewise the fine body control on the adaptive dampers; chassis essentials which should be standard, but are at least priced right.

All this sounds like a no-brainer, right? Apart from the small matter of its SUV-ness, that is. I never went near an unsealed road, and I suspect most buyers never will.

Which leaves me still as a committed rear-drive wagon lover, and eyeing the $14,000 more expensive 330i Touring as the current BMW I’d really love, but sadly don’t need. 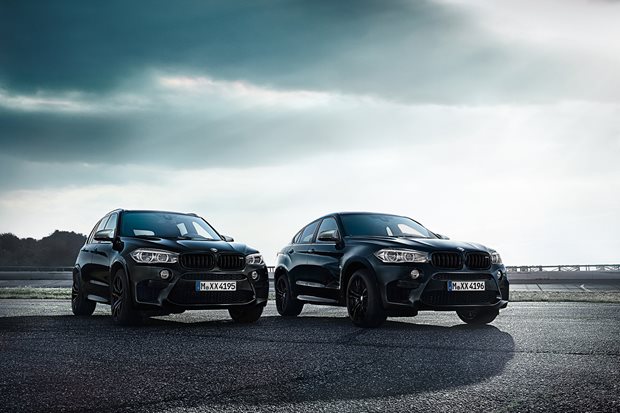 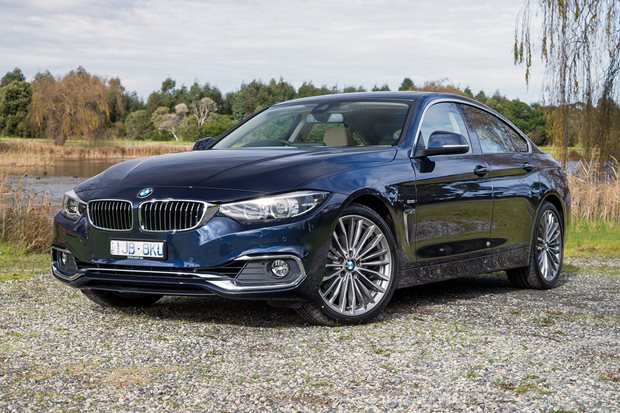 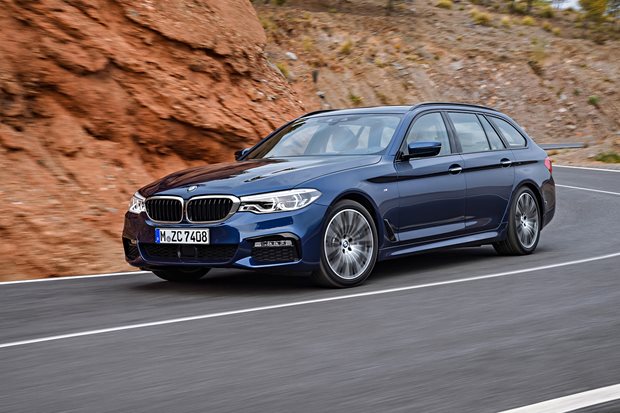