HERE’S A fun fact for you, kids: this is the slowest, cheapest Porsche we’ve had on PCOTY for at least four years now – and it’s the only one that hasn’t won, either, so there’s that, too.

It’s on the podium, though, and boy it gets close to scoring the silver. Just half a point pushes it down from the second step on the rostrum – though it’s daylight between the two runners-up and this year’s victor. 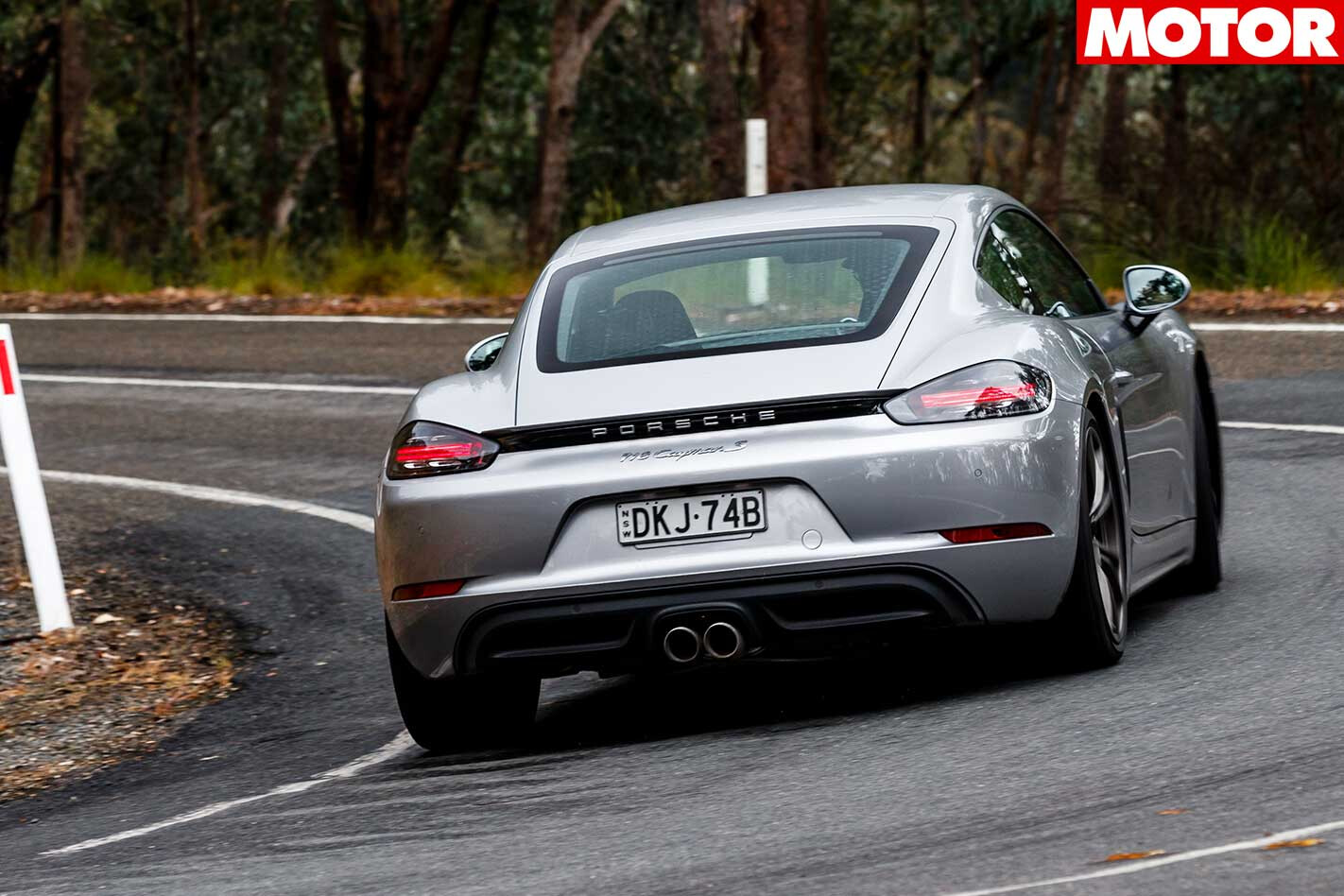 The Cayman has long been regarded as the Porsche that could have been insanely great – had it been allowed to be.

As good as the 911 is, thanks solely to decades of bloody-minded development, it’s still essentially a rear-engined freak of physics, where the Cayman is patently not. The engine is in the right place, the drive is sent to the right end; in fact, it took years before Porsche – begrudgingly, it feels – let the Cayman off the leash with the 2016 GT4. There’s been a lot of fuss and hyperbole about the 718 Boxster/Cayman’s new turbocharged four-pot power plant, too. The turbo flat-four makes as much power as the old flat six, and it actually produces about 50Nm more torque in all the right places, too. It’s a smaller unit, it sits lower in the chassis – it’s all upside, right? In this relatively supercar-free PCOTY field, it kind of is.

Despite a power deficit of multiple hundreds of kilowatts to the cars behind it, the Cayman shows that brains can outrun brawn in the right conditions. 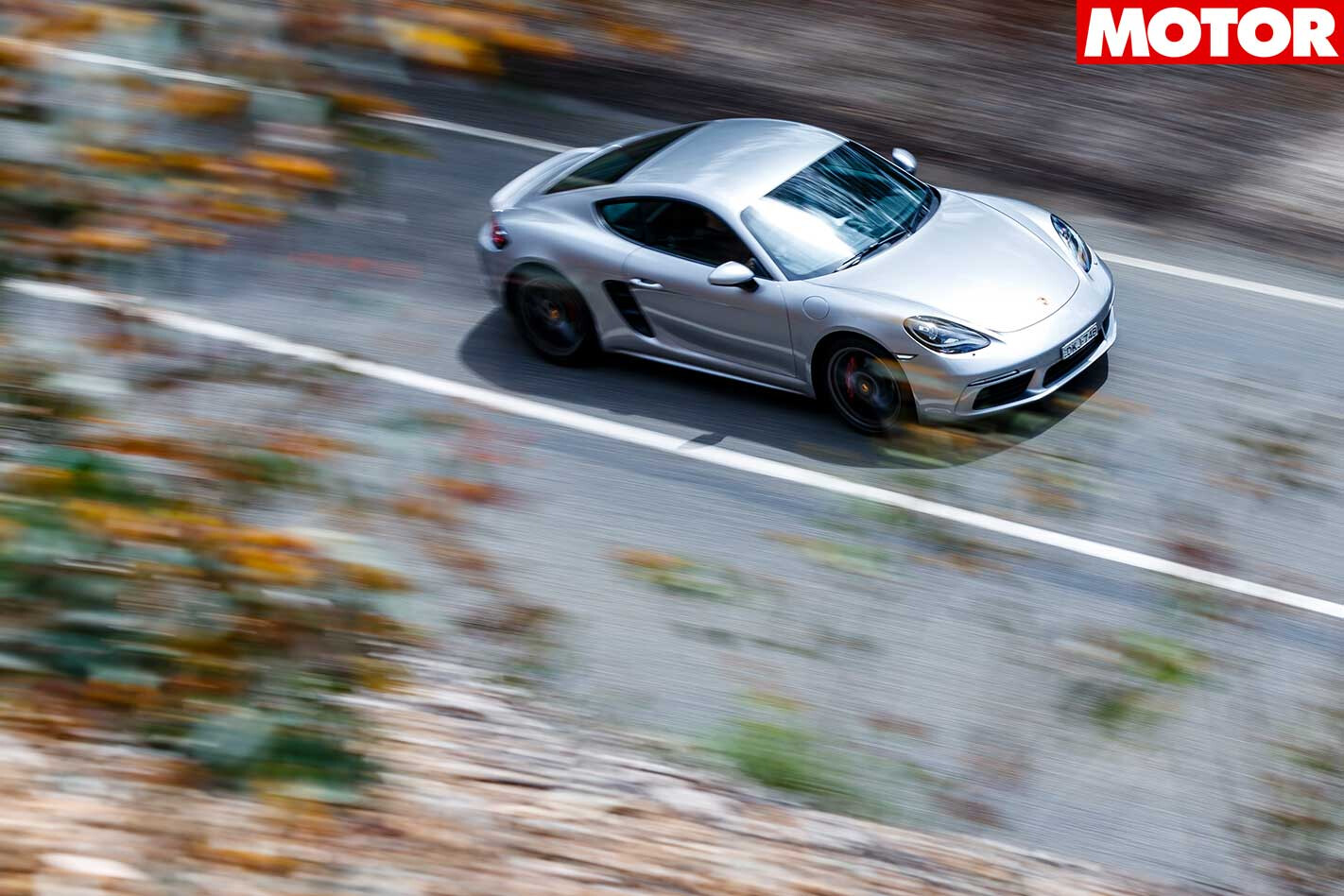 Fifth with a flat 12-second pass to 400m (a mere 1/100th of a second behind the M4 CS), and one of just four cars to dip into the three-second bracket to 100km/h – the cheapest, too, before options at least – gives the Cayman some clear air, while a 1:33.3 lap time pipped the fury of the GTSR W1 and was snapping at the heels of the Mercedes-AMG E63 S.

Its chassis prowess – improved as it was by the expensive addition of Porsche’s adaptive damper system and a rear diff that could run NASA’s engineering department – stood it in good stead around Winton, too, where its phenomenal front end is remarked upon by almost every judge. And with a better set of tyres than the Pirelli P Zeros it was equipped with, it could have been even quicker and sharper. Up and down the hill at Hotham, its multi-faceted personality provides the ability to wind back the dampers while leaving everything else in Angry mode (though I personally think the soft setting is way too soft), which allows the Cayman S to key into mixed conditions like a bloody good ’un.

Again, the steering bits simply allow maximum exploitation of the already excellent inherent balance of the mid-engined Cayman, and its old-school oversized, thin-rimmed wheel feels so right. It’s a clinical kind of right, though, and seldom do I feel like the Cayman S is working with me, as opposed to for me. The engine, aided and abetted by Porsche’s otherworldly good PDK dual-clutcher, also plays its part, with a healthy dose of middling linearity from the torque curve disguising its lack of cylinder bores rather well.

The much discussed sound is not as natural or organic as the old car, and it’s exacerbated by the almost gapless PDK shifts that match-rev without thinking – and can undeniably do a better job than a human in picking the right cog for the right moment.

As a Cayman rookie, the noise certainly didn’t offend me – in fact, I quite like the start-up chatter – but the issue does underline the general lack of emotion we all felt for the Cayman.

“It’s fast. I respect it, but I didn’t have as much fun in it as I thought I would,” opined The Ed. “It sounds interesting, rather than good.” 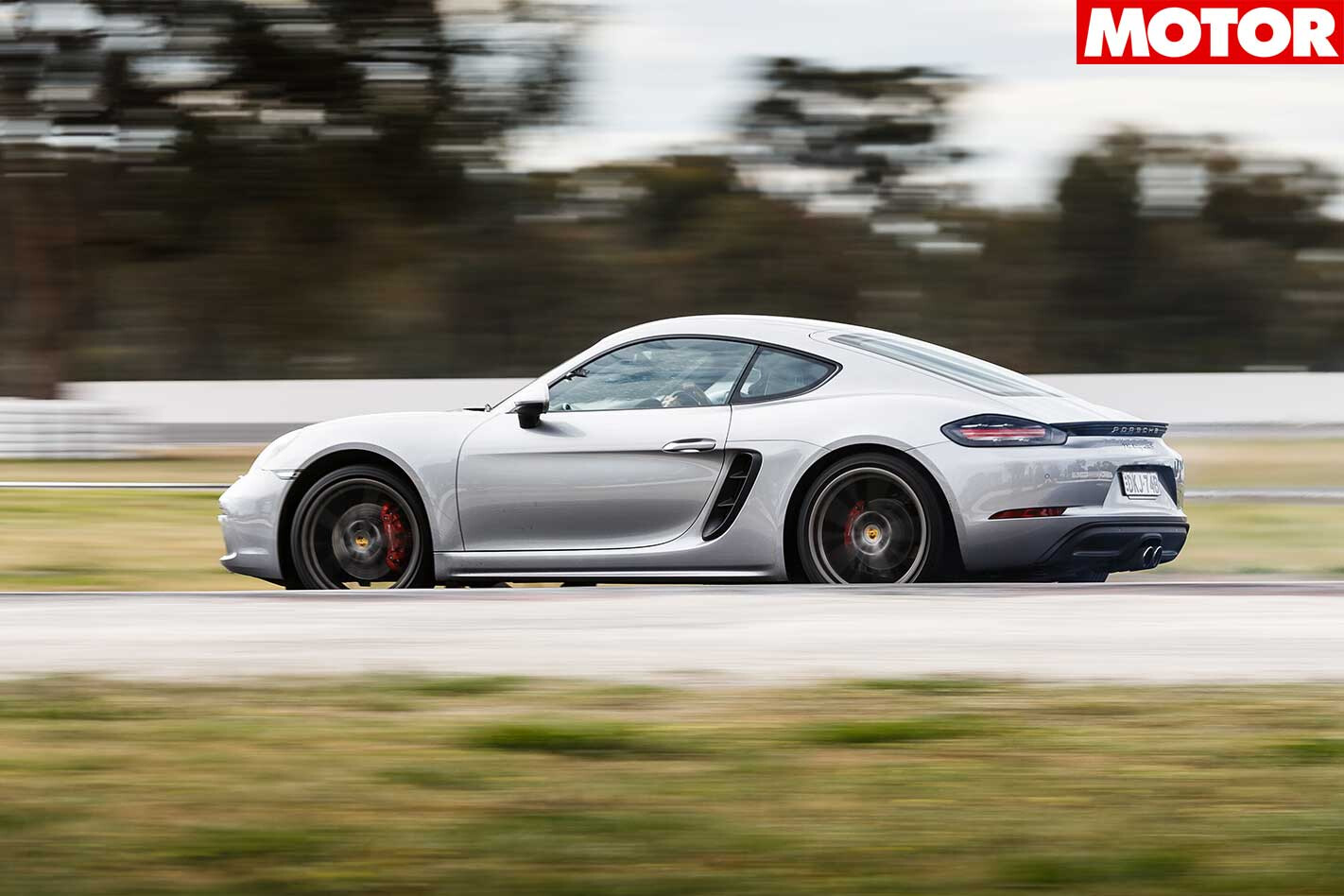 “If I’d never driven a six cylinder Cayman, that thing would be awesome,” Morley chimed in. And interesting, too, that the two oldest blokes in the class marked it down for liveability…

For me, the Cayman feels computer-game good, both out on the circuit and up in the hills – but what really intrigues me is just how little attention or conversation it attracts over the course of the event. 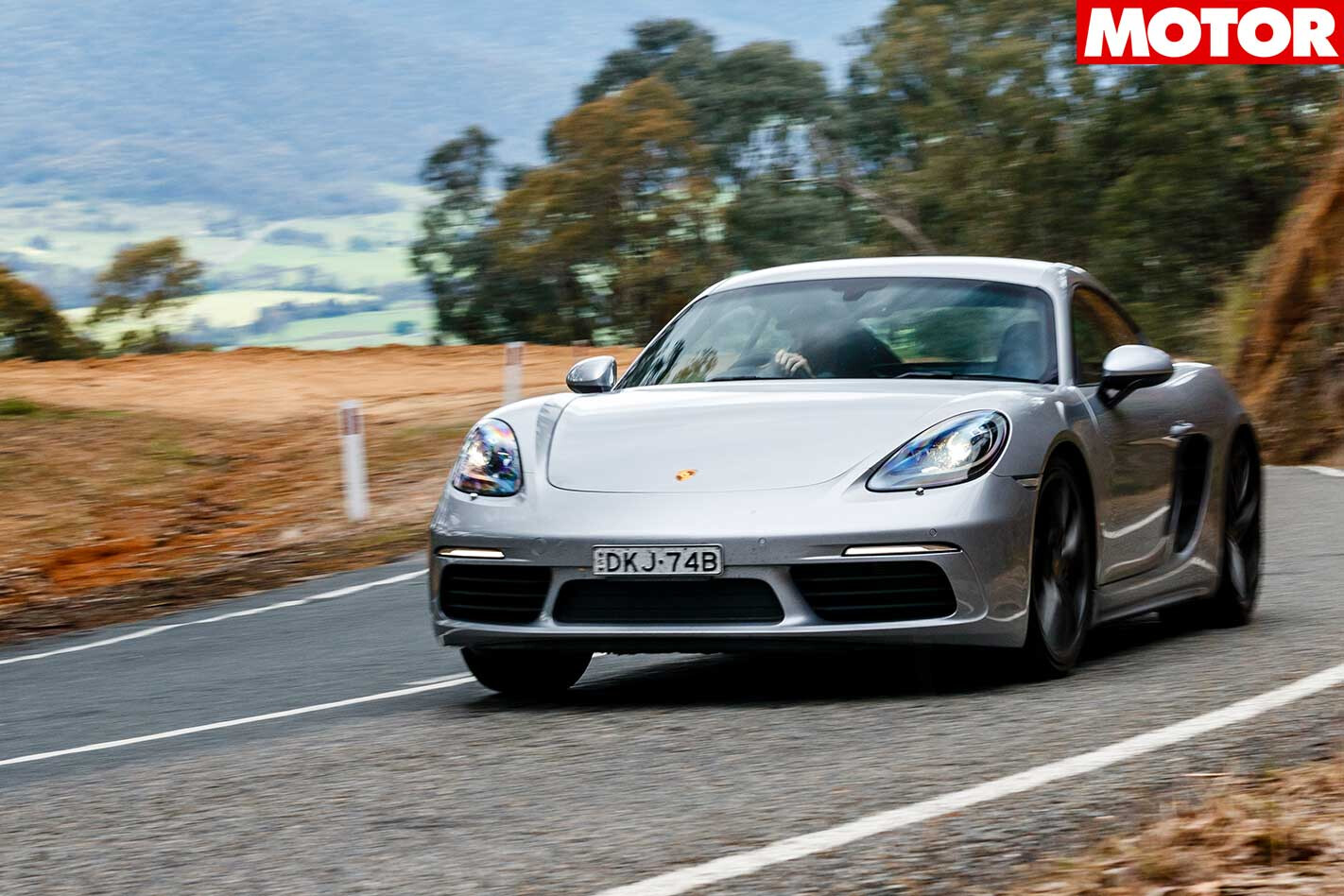 It kind of just sits there, doing the numbers when asked, being a fantastic little track toy that will do it all day then the next day, and generally excelling at the job of being a fast two-seat coupe with the heritage of Weissach backing it up.

MOREPerformance Car of the Year 2018

The froth factor about our victor is off the scale, but the Cayman – quite literally – flies underneath the radar to claim its third place trophy. Given the judges’ scores show a distinct lack of X factor, the Cayman’s bronze medal could have been a much brighter shade of, say, silver? Morley – 2nd
I have no idea how Porsche made this thing so fast. Still missing a pair of pistons, but.

Campbell – 3rd
A sublime driver’s car and seriously fast, but I don’t want one like I used to.

Newman – 3rd
Virtually flawless as a machine, but respect it rather than desire it.