A newly developed and versatile two-speed electric transmission for any drive train layout, could see its production model debut as early as 2018. Let's talk the tech!

The latest evolution of British automotive and aerospace component specialist GKN’s eAxle. The two-speed electric transmission is highly versatile and can be applied to either pure EVs or PHEVs for front-, rear- or all-wheel drive.

Expect to see the first concepts rolling on the eTwinsterX axle from late this year followed by early production models in 2018.

The eTwinsterX axle incorporates a drive motor and two-speed gearbox into a single unit which minimises overall dimensions, while the electric motor’s coaxial construction provides the torque of a larger unit in a smaller package. Power is delivered through the helical twin-speed gearbox, but as an added bonus, the torque vectoring advantages offered by the Twinster differential adds another level of torque control.

A pair of axles can be calibrated to operate in communication with each other for all-wheel-drive traction particularly for off-road applications, says GKN, but no mechanical connection between axles is required.

This is not the first multi-speed electric axle or even the first twin-speed eAxle from GKN, but the latest version is more compact, lighter, more efficient and the first that has ‘full off-road capability’, according to its maker. Just like combustion engines, electric motors are limited by a maximum efficient operating speed, but the eTwinsterX effectively broadens the motor’s range.

In first gear, torque is multiplied for improved acceleration, while the second gear provides greater efficiency and higher top-speed potential. With small exterior dimensions, the eTwinsterX can be integrated into existing vehicle platforms without major redesign work, allowing its use in production vehicles ahead of the next major architecture update. The simpler layout has the potential to make cars lighter, more fun and more efficient.

A non-catchy name hasn’t stopped GKN from becoming a leader in electric drivetrain technology, and it has already provided key components for some significant vehicles. The front axle for the Porsche 918 Spyder was supplied by GKN, as was that of the BMW i8, which was the first application of a two-speed electric axle.

Rear eAxle applications include the Volvo XC90 T8 and the hybrid version of BMW’s 2 Series Active Tourer. Expect to see this technology develop as the popularity of PHEVs and EVs gains momentum. 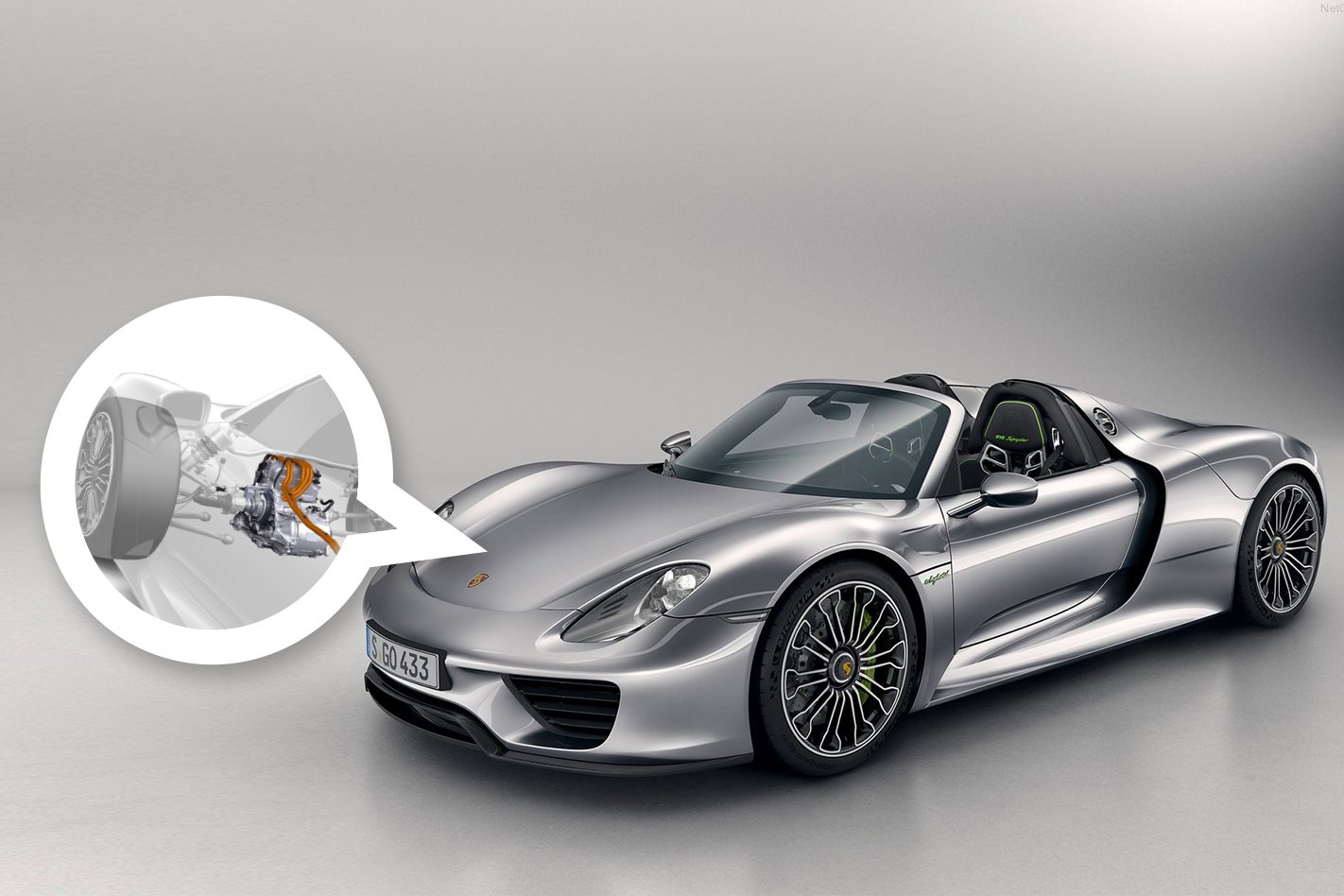