Forbidden Fruit – the best cars that we can’t have

Do you ever gaze longingly across the ocean, envious of the cool cars available overseas which are unavailable here? We do.

Australia is one of the most brand-dense car markets in the world, yet, even though we’re spoiled for choice when it comes to badges to choose from, there’s still plenty of desirable metal that’s off-limits to Aussie rev-heads.

And it’s not just supercars either. We’ve gone around the Wheels office and nominated which cars we’d most like to park in our garage but are frustratingly out of reach, and the answers are surprisingly diverse.

The results are, of course, heavily weighted towards performance cars, but here’s your opportunity to weigh in as well. Tell us what forbidden fruit you lust after the most in the comments section below. The only rules are that it must be currently in production, and that it can’t be available in Australia either as a full-volume import or as a grey import.

BAC Mono
I’m going with the BAC Mono. With a single seat mounted in the middle of a carbon-fibre chassis and crowned by a Formula1-style air intake, the BAC Mono is an open-wheel racecar with mudguards.

Pushrod suspension, mega-sticky rubber, and an engineering philosophy that preferences outright performance probably makes the Mono about as easy to live with as a cockroach infestation, but it oozes motorsport wow factor. 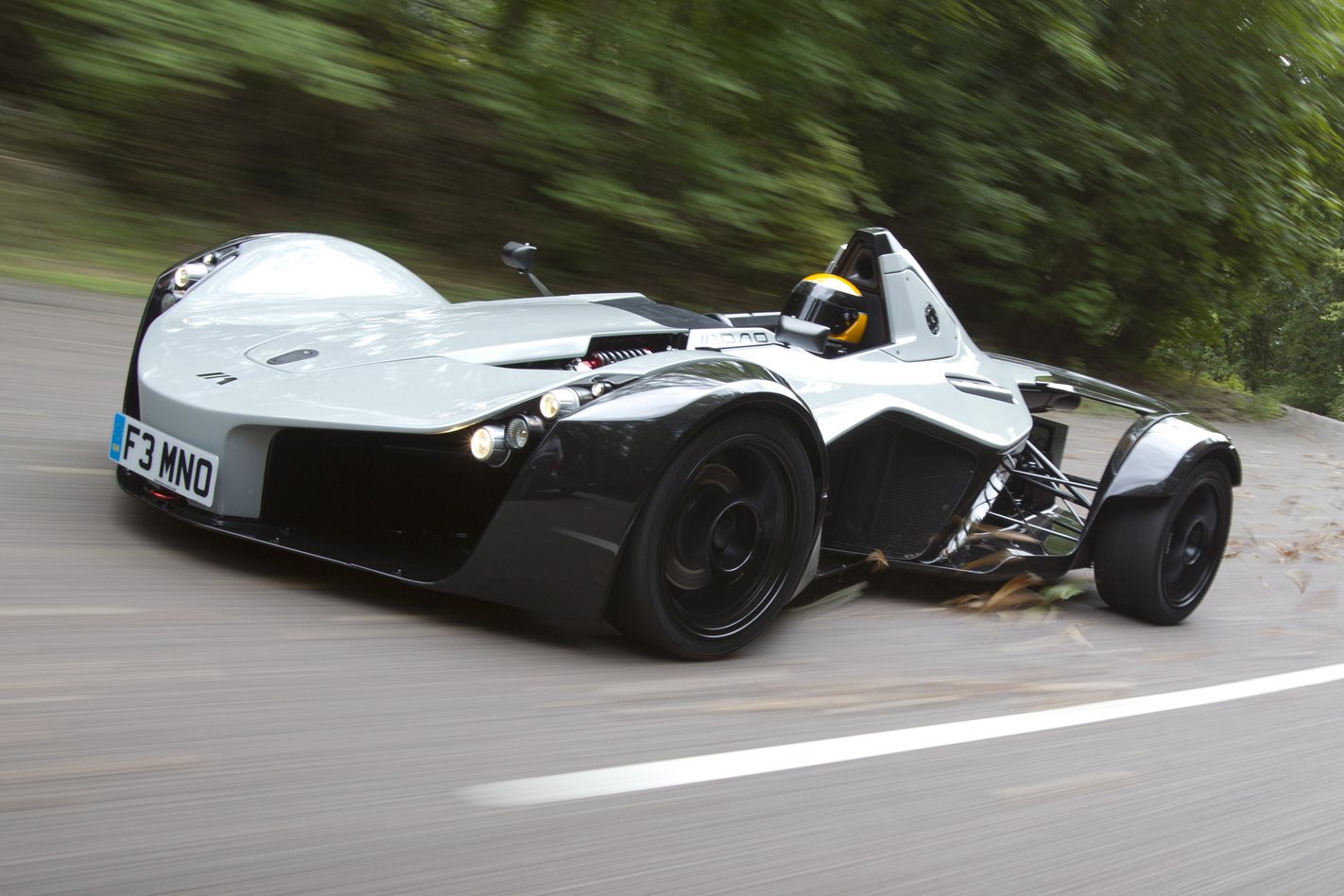 2018 Ford Fiesta ST
That’s right, the Ford Fiesta ST. As in, the five-door, three-cylinder Fiesta ST that has been revealed overseas but which Ford Australia has yet to confirm for our market.

The outgoing Fiesta ST is a fun whip, but the promise of a punchy three-pot turbo and a more pleasant interior than the low-rent cabin of the current car is pretty hard to resist. Sign me up. 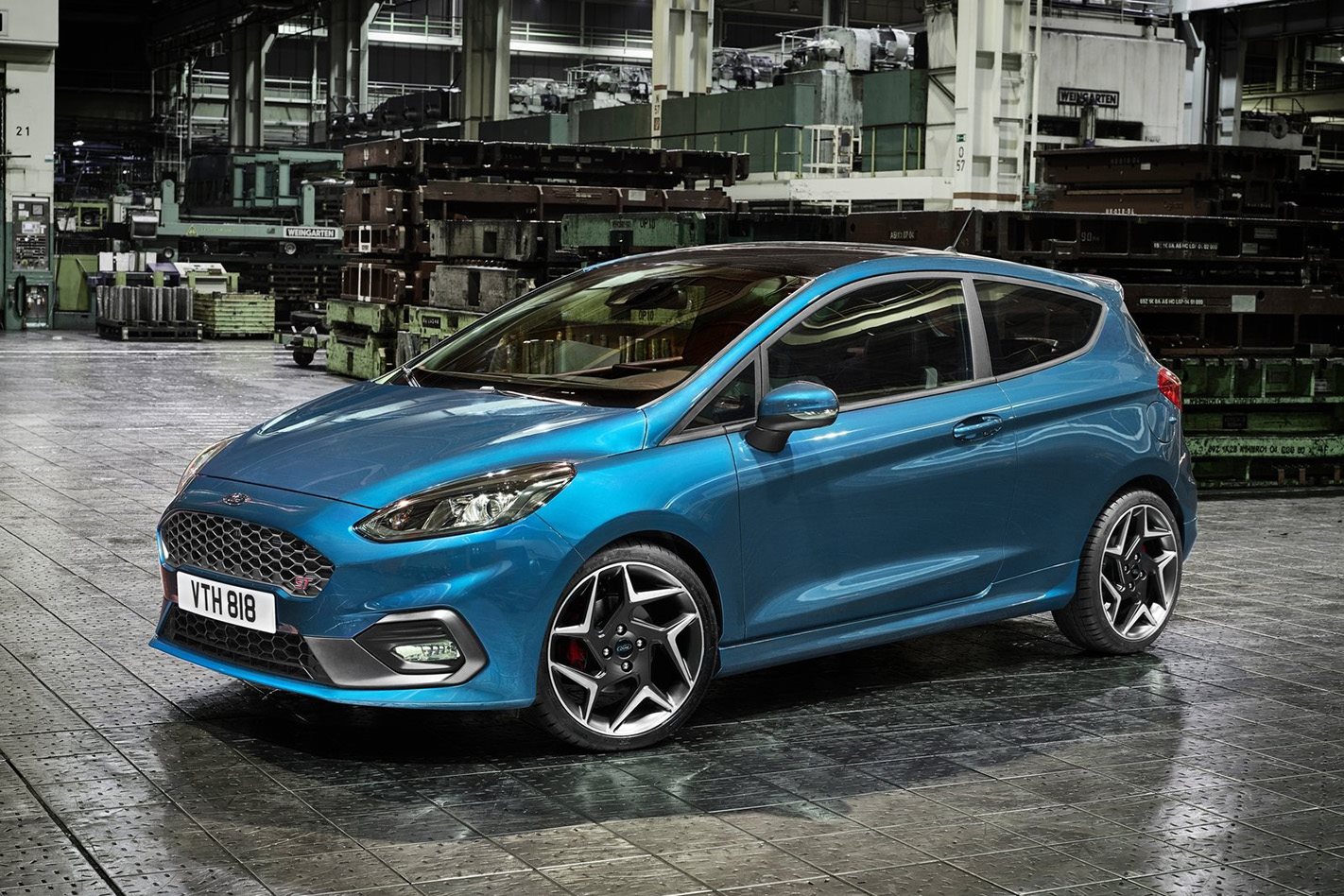 Dartz Prombron
Anything built by Dartz, the Latvian manufacturer of mega-luxurious and completely ostentatious armoured personnel carriers, would do. Mainly because I’ve never sat on whale penis leather before, you have to pay in Bitcoin or some form of digital currency, and it comes from the Baltic states.

Pay enough money and Dartz will build you a car that can sustain a direct hit from a rocket-propelled grenade, plus the engines are supplied by AMG. Want. 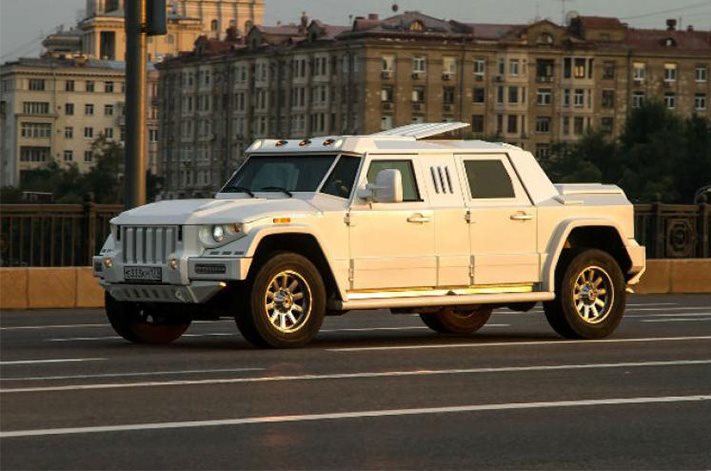 Mercedes-AMG E63 S Estate
I’m going with the first car that springs to mind when talking about cars that are off-limits, and that’s the E63 wagon. There’s something about superwagons that can do everything that gets me hot under the collar like AMG’s 450kW V8 bruiser or the Audi RS6.

Though, unlike the four-ringed offering that is sold here in Oz, AMG won’t bring its hi-po hauler because buyers prefer SUVs to wagons. A crying shame. 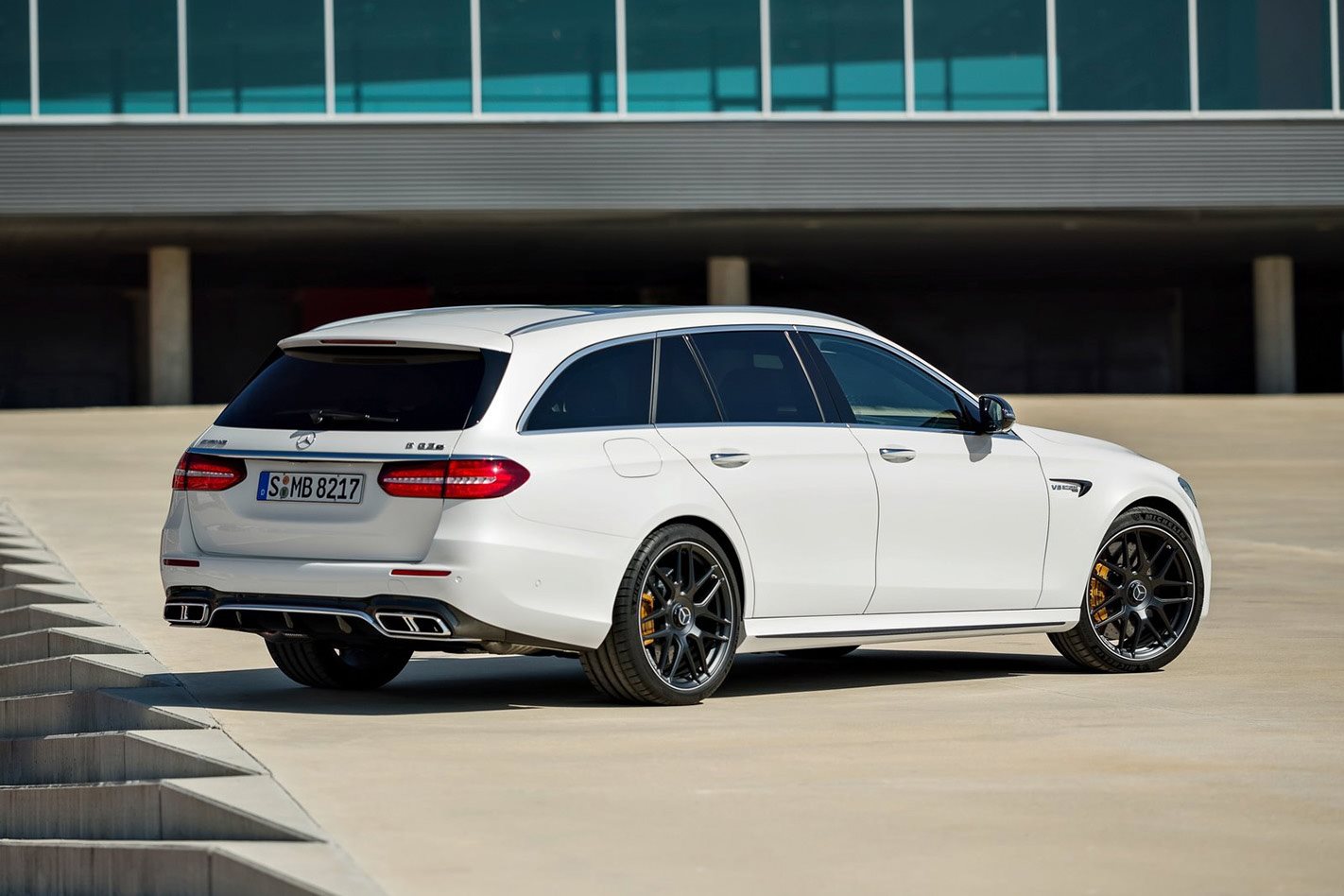 Dodge Viper ACR
The American Club Racing variant of the Dodge Viper has always boasted plenty of mystique, being a track-spec version of one of America’s most outlandish sports cars, however the 2017 model is extra special.

With a Nurburgring laptime of 7:03 the ACR is not only the fastest American road car around the legendary German racetrack, but it also bests that other front-engined, V10-powered super-coupe – the mega desirable Lexus LFA, which happens to be another all-time fave of mine.

Whoever says American cars can’t handle corners is proven comprehensively wrong by the Viper ACR, but sadly this snake is an endangered species: Chrysler is shutting down the Viper plant at the end of this month. As such, it only barely slips onto this list. 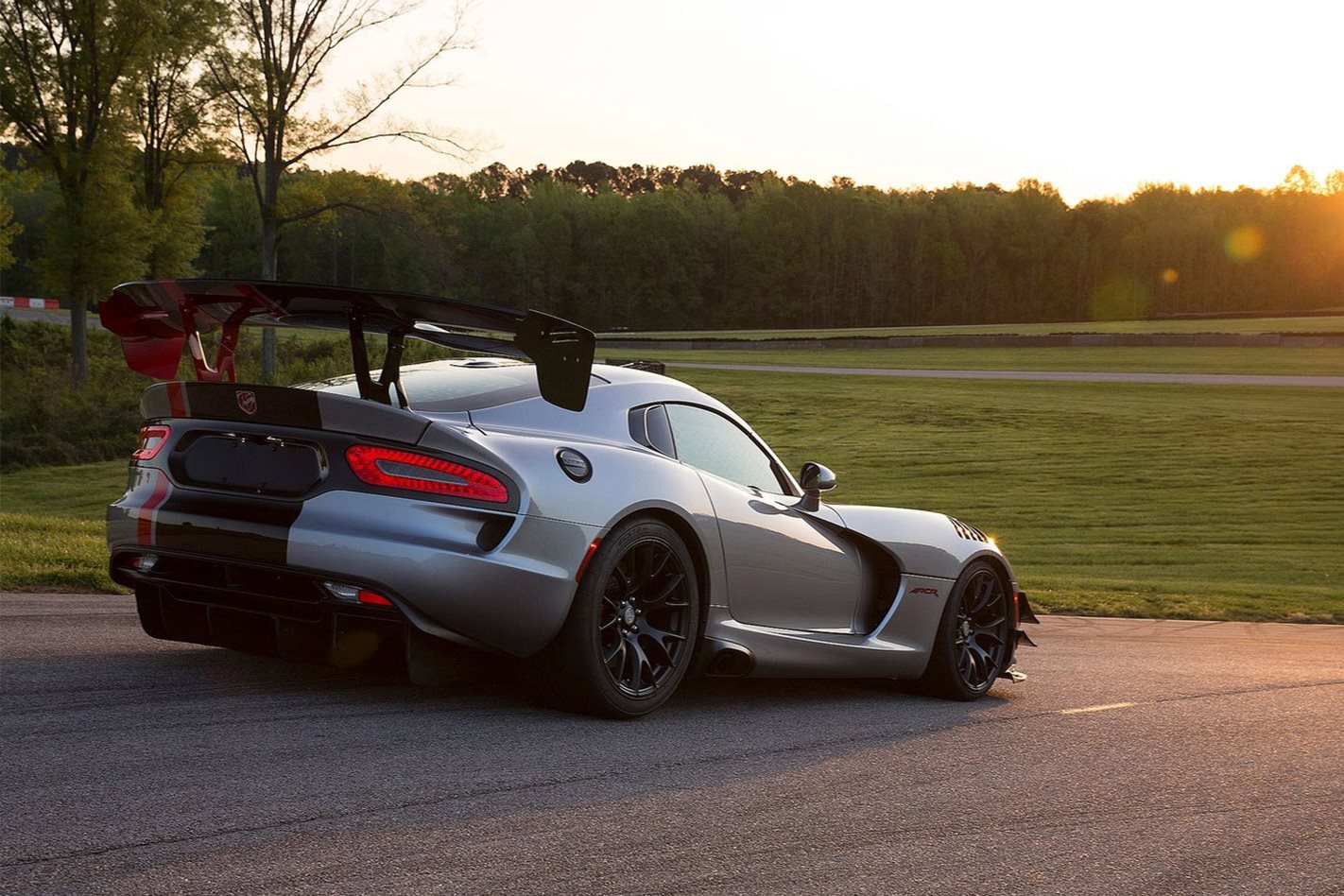 Alpina’s take on the BMW 6 Series’ fat coupe style is wrapped up in Alpina exclusivity and boasts M6-worrying pace courtesy of a tuned-up version of the 650i’s 4.4-litre V8. Meanwhile the Seat Leon Cupra 300 is a VW Golf in a different frock with more power than the Golf R. Yoink. 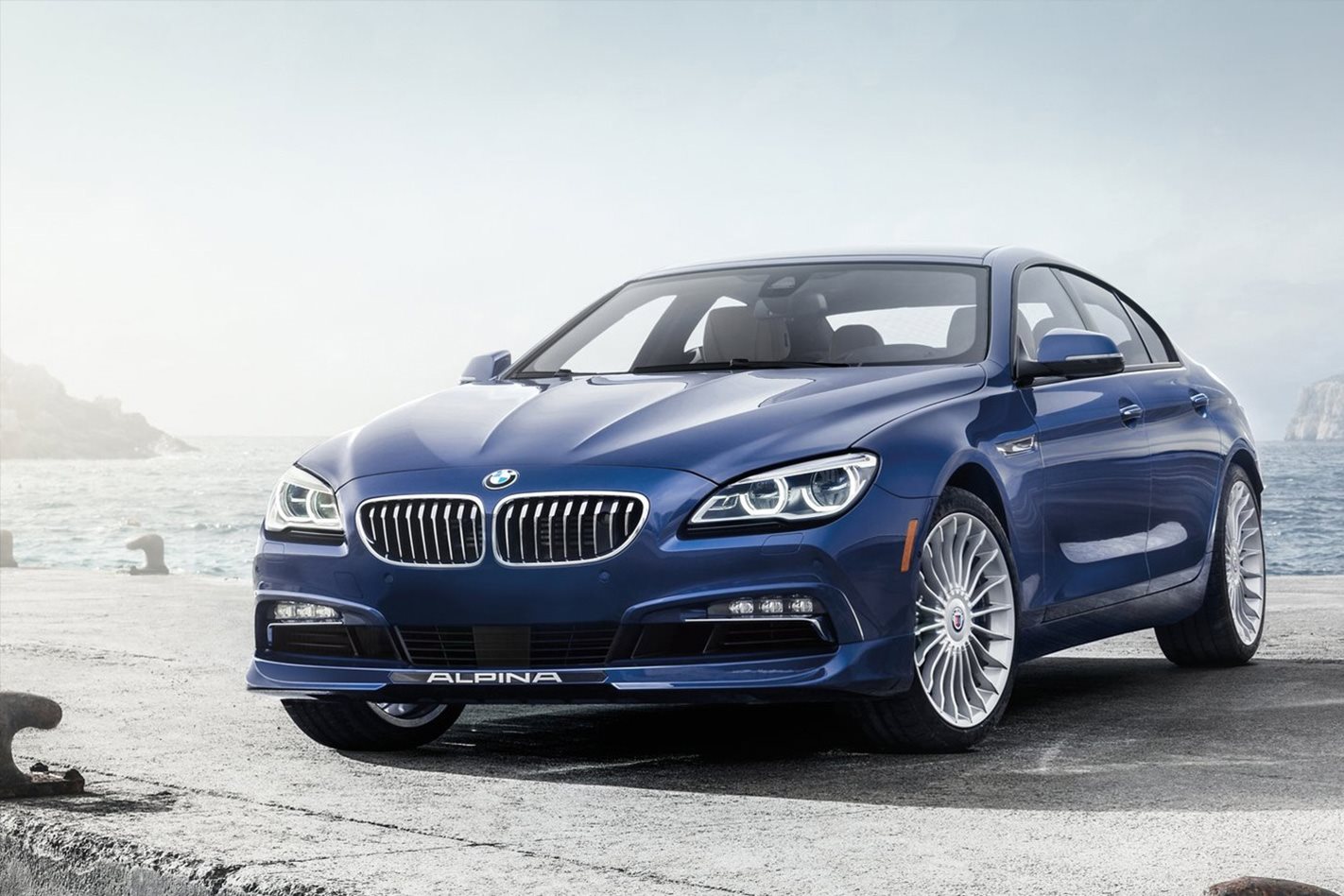 Ariel Nomad
No windscreen, no doors, and no roof gets all of my attention. Described simply, the Ariel Nomad is the car for someone that hates being dry and comfortable. Luckily, I ride a motorbike, so the concept of surrendering comfort in exchange for visceral thrills is not foreign to me.

The off-road sibling to the Ariel Atom, the Nomad comes packed with beefier suspension with long-travel shocks and off-road tyres. Tipping the scales at just 670kg, the Nomad has a 2.4-litre long-stroke Honda four-pot producing 175kW and 300Nm, and revs to 7200rpm. It’ll do a sub 4.0-second 0-100km/h sprint too, making it faster than some fully-fledged race cars. 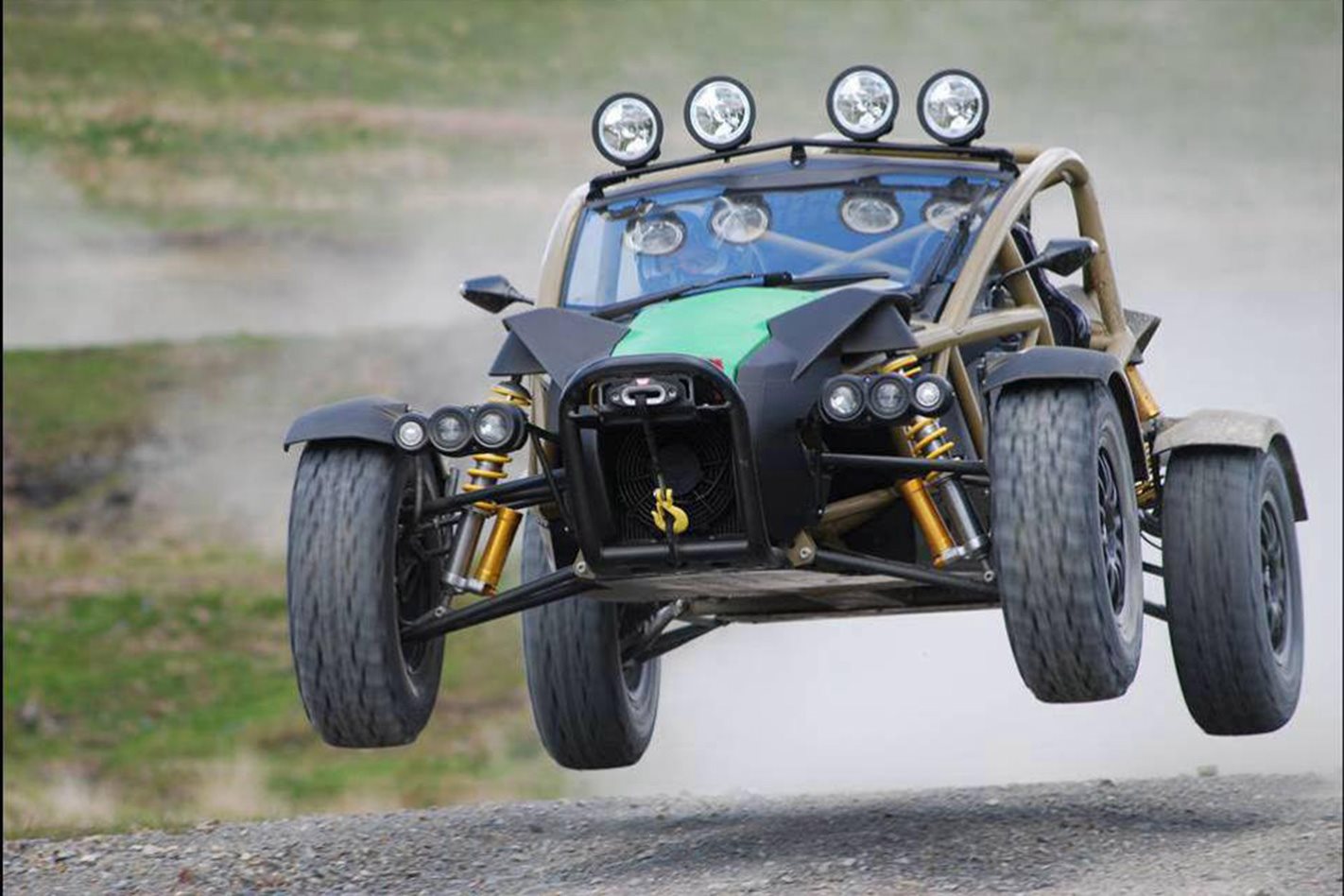 Alpine 110
We still don’t know how forbidden it is/will be, but right now it’s the Alpine 110 that’s got me salivating.

Not only does it revive a long-dormant marque with a rich motorsport history, but with RenaultSport genes infused into an aluminium-intensive mid-engined monocoque, the Alpine reboot has huge promise as a performance car. Also, have you seen how it looks?! 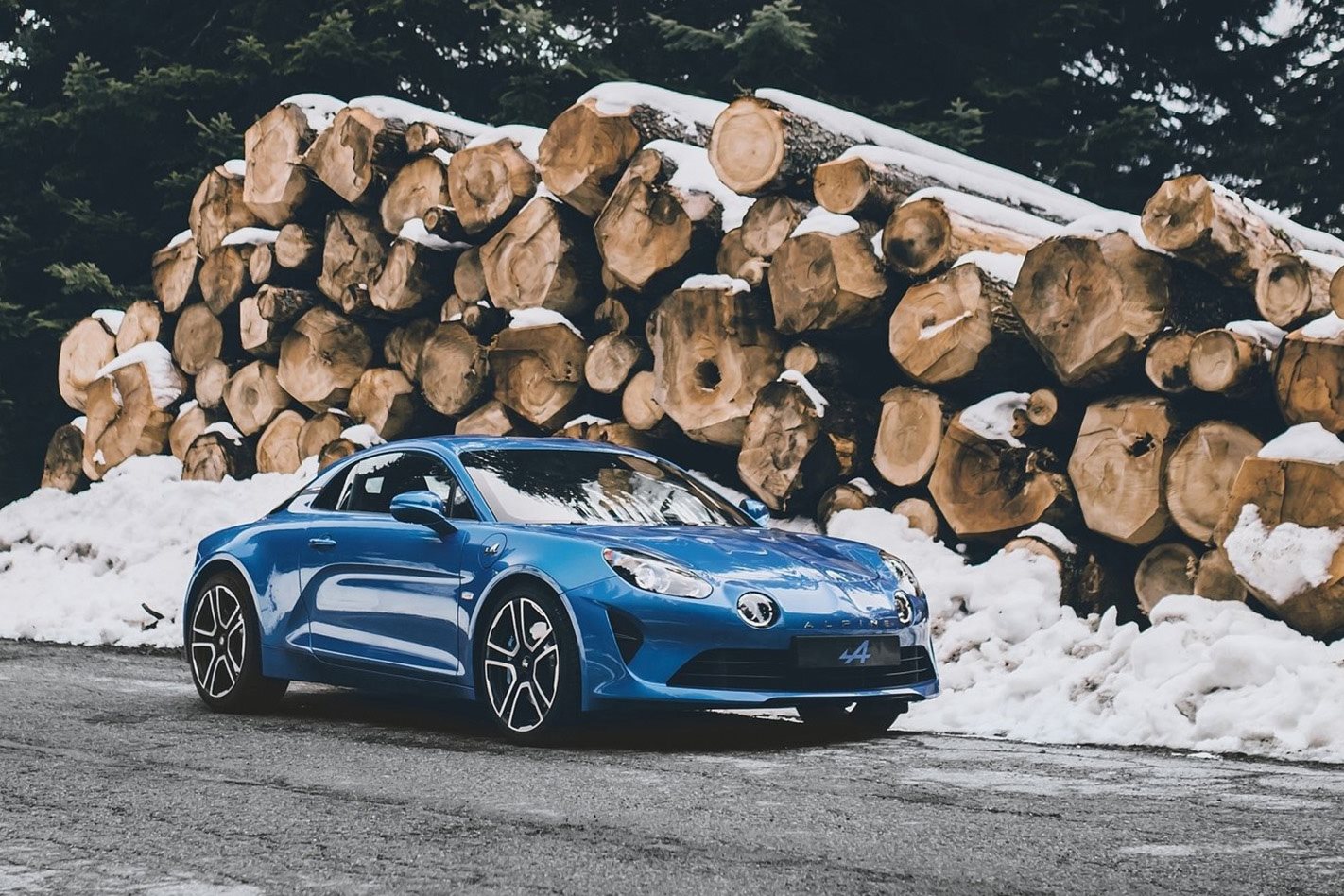 Toyota Sai and Toyota Century
My vote is for the facelifted Toyota Sai, essentially a Japan-market sedan version of the Prius that actually looks, well, pretty decent inside and out as far as Toyota’s hybrid four-doors are concerned.

The Toyota Century is another oddball foreigner that’s on my wishlist, purely because it’s a V12 Toyota (and thus already unique) with time-warp styling and engineering that clings resolutely to the 1960s – strictly for those who still believe in “mechanical” luxury barges like Mercedes’ W126 S-Class of the 1980s. 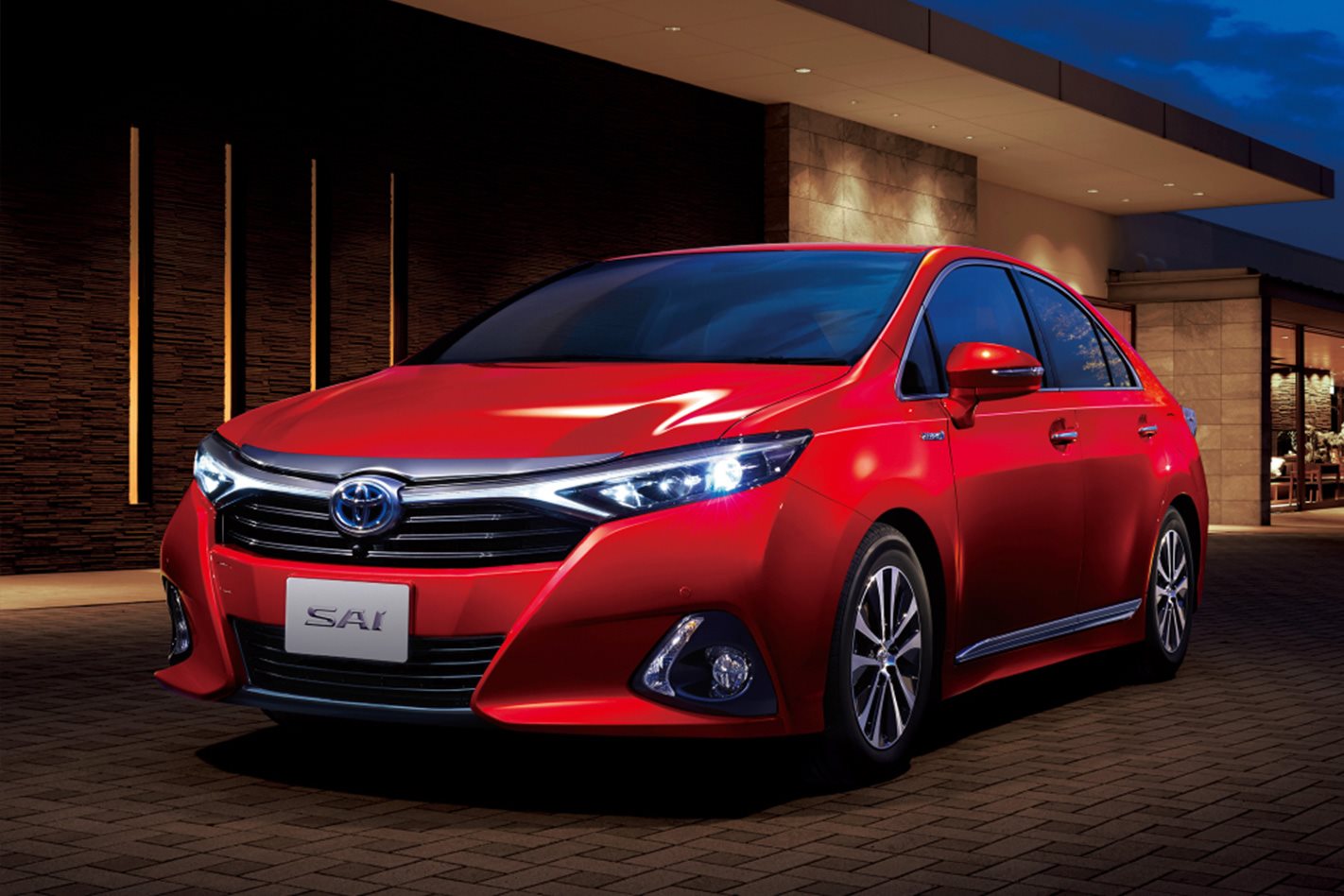 With Multimatic shocks (similar to the Camaro ZL1), revised suspension anchor points, a reinforced frame, front and rear locking diffs, and proper ground clearance, it’ll tow the racecar and track supplies with no fuss. It’ll probably tow them through a river too, if you want.

It may be smaller than the gargantuan F-150 Raptor, but it is hugely more capable than the Colorado Z71 parked at the construction site down your street. 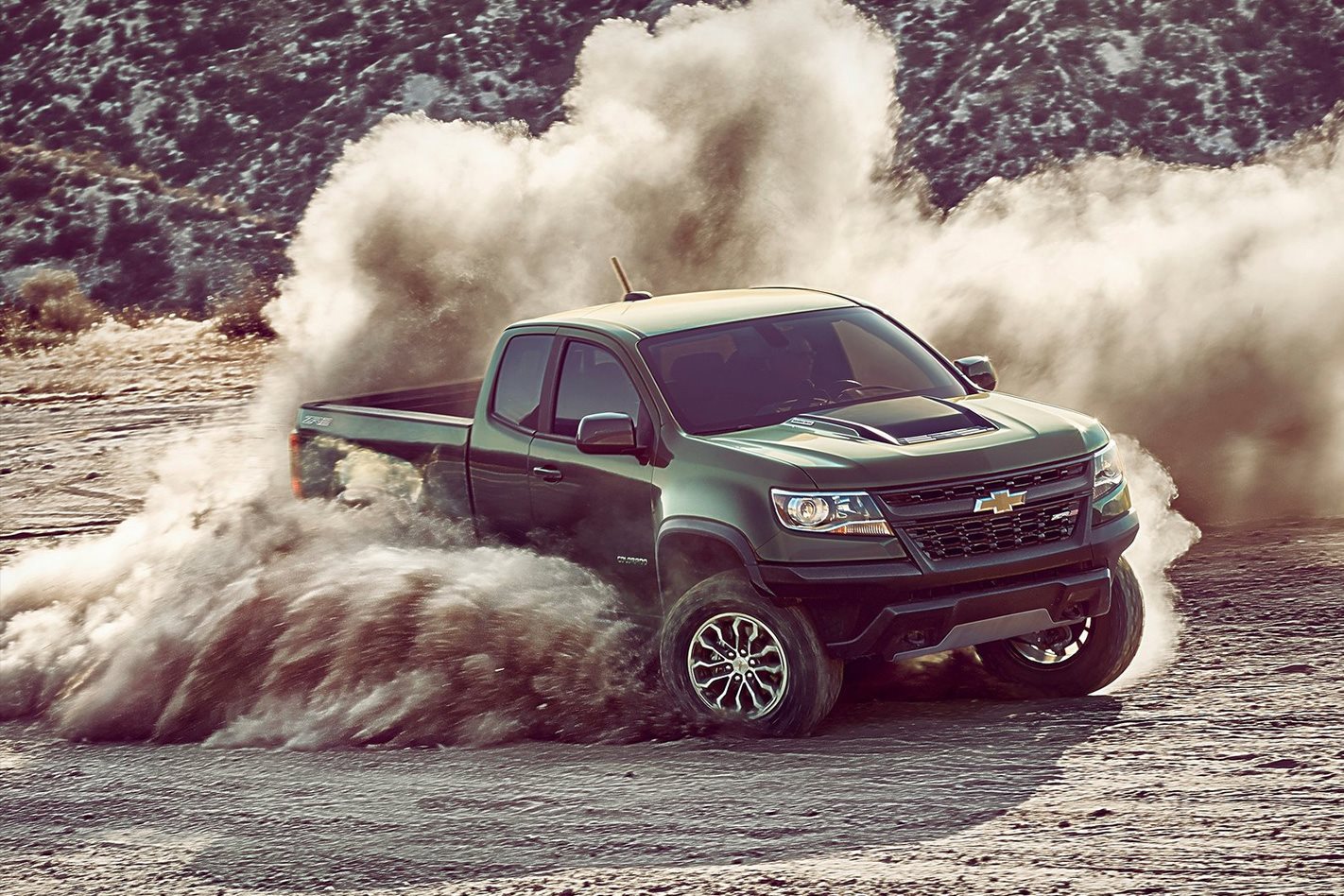