The facelifted Ford Focus ST takes the fight to Volkswagen’s all-conquering Golf GTI with a trendy new look, a much-improved interior and a sharper chassis

THE facelifted Ford Focus ST takes the fight to Volkswagen’s all-conquering Golf GTI with a trendy new look, a much-improved interior and a sharper chassis.

WHAT IS IT?
A mid-life update of Ford’s global best-seller, though we score the Ford Focus ST version first because it’s built in Germany, rather than the Thai factory that pumps out Australia’s bread-and-butter line-up and is yet to start production. Given there is scorching competition at the $40K mark, the ST needs that extra build-quality pizzazz the Saarlouis factory delivers, though Ford Australia’s new president and chief executive, Graeme Whickman, claims there will be “no discernable differences” between Asian and German versions.

WHY WE’RE TESTING IT
Five months ahead of the Thai-built models, Ford served up the 2015 Focus ST on some of Victoria’s best roads in order to demonstrate the talents of its tweaked chassis set-up. But it was also a fine opportunity to reiterate the excellence of its 2.0-litre EcoBoost turbo four, the quality of its Recaro seating and the ambience of its restyled dashboard. 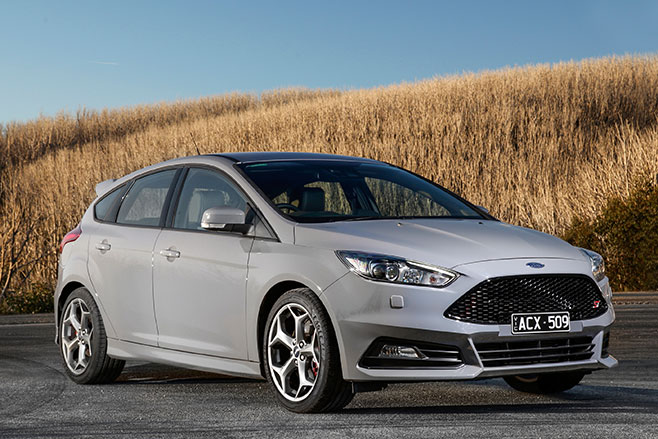 THE WHEELS VERDICT
A worthwhile enhancement of the Focus ST formula, though Ford’s smaller Fiesta ST has sweeter balance and is a more cohesive package. That said, the great thing about the revamped Focus is that it’s not trying to be a Golf GTI. Instead, the hairy aggression of its chassis, its ability to oversteer, and the unbridled enthusiasm of its engine – tied solely to a manual transmission – says this is a good-time hot-hatch that doesn’t mind getting messy.

PLUS: Superb seating; outstanding engine flexibility; entertaining and adjustable handling; improved interior quality and functionality
MINUS: All that grunt through the front end is a bit too much for wet surfaces or racetracks; body control below class best; huge turning circle

THE WHEELS REVIEW
FORD must have felt quietly confident when its current-generation Focus launched in 2011, backed up by the lairy 184kW ST as an encore in 2012. Then Volkswagen’s Mk7 Golf photo-bombed its way onto centre stage and, well, the landscape changed.

There’s nothing like a smarter, slicker, better-dressed, more aspirational competitor to rain on your parade. But Ford has tried hard with this mid-life refresh to give the Focus a solid shot in the arm without simply copying what Vollswagen does. And nowhere is that more obvious than in the stove-hot ST.

Imperfect as it may be, it’s the Focus ST’s defiance to toe a mannered line that makes it genuinely appealing. From its more aggressive snout to its new Audi RS-inspired Stealth Grey hue to its super-huggy Recaro buckets and animalistic dynamics, this is a family-sized hot-hatch with attitude. 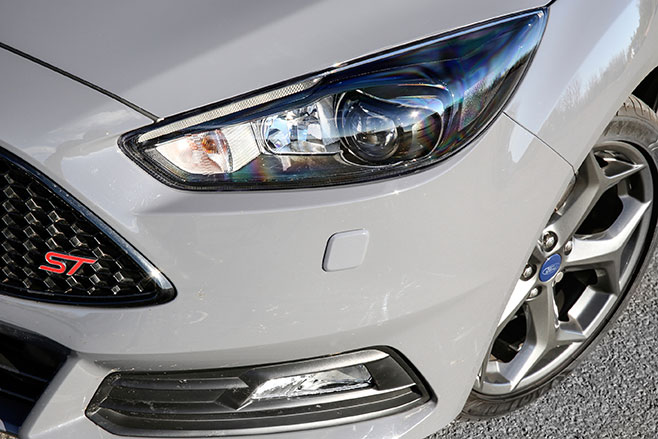 New front springs, stiffer lower front control-arm bushes and rear spring links, and firmer dampers all round result in a sharper, more sporting chassis that loves to hit the dance floor, regardless of how messy it gets. Retuned electric steering assistance delivers consistently solid weighting that combines with the ST’s rapid 1.8 turns lock-to-lock for truly incisive directional control (though its 12-metre turning circle is bloody ginormous). Still, at least the ST’s amusement at speed makes up for any frustration when parking.

While the ST’s steering doesn’t quite achieve the desired level of feel at straight ahead, it’s impressive once you start to add some lock. Combined with a super-keen chassis that truly carves, you find the ST corners tighter than you expect for the first few bends. Get your head around its terrific adjustability, however – via either throttle, brakes or steering inputs – and you can hurl a Focus ST down a windy road with absolute abandon.

Where it falls down a little is when the surface deteriorates. Some bumps expose a slight chink in the front-end’s body control, while a wet surface is a pertinent reminder that the ST doesn’t have a mechanical LSD. Its 184kW/360Nm 2.0-litre EcoBoost turbo four is so strong that there’s plenty of torque steer if you ask for too much, too early, with your right foot. Even on a dry, dead straight road, the ST’s superb engine still reminds you of its muscle through the steering wheel. 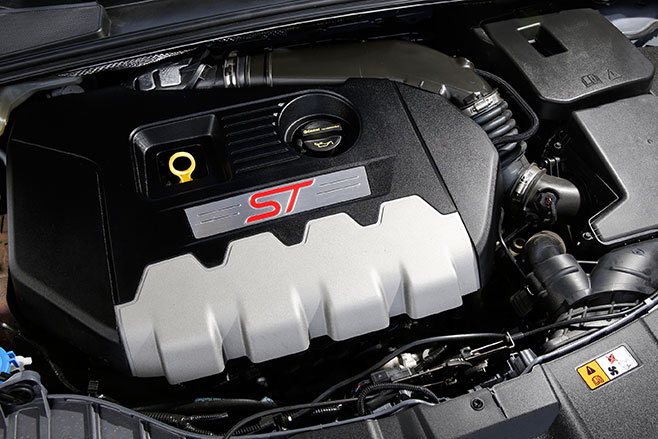 But this engine makes the car. Marvellously flexible, with an almost frictionless desire to rev, its usable power band spans 1400rpm to the 6800 cut-out, supported by a silky induction throatiness plumbed from the airbox to the firewall. While those in search of a two-pedal experience will be disappointed by the Focus ST’s manual-only status, the slick-shifting ’box is a fine companion to the Ford’s chuckable chassis and huggable engine.

Speaking of which, the ST’s Recaro front seats are extremely intimate – arguably too much so for anyone over 100kg – but their support is unquestioned, and the cross-hatched, mixed-material upholstery looks classy and feels expensive. The ST’s rear seat is similarly generous, though it’s the freshly reskinned dashboard that grabs attention. It’s much easier to use and less challenging to look at, and even though it’s still no Golf VII in terms of tactile luxury, the Focus no longer feels like it’s a generation behind.

Given its $38,990 ask, you get a lot of car in the Focus ST. Roomy enough to seat five, plus their luggage in its well-shaped boot, and economical enough to achieve a 7.3L/100km combined figure (in conjunction with a new idle-stop feature), the ST is the definition of a hot-hatch all-rounder.

While it lacks the overall slickness and breath of ability of, say, a Golf GTI Performance or a Renaultsport Megane 275 Trophy, the Focus ST has enough fire in its belly and animal in its personality to know what constitutes a good time. 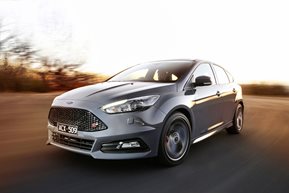 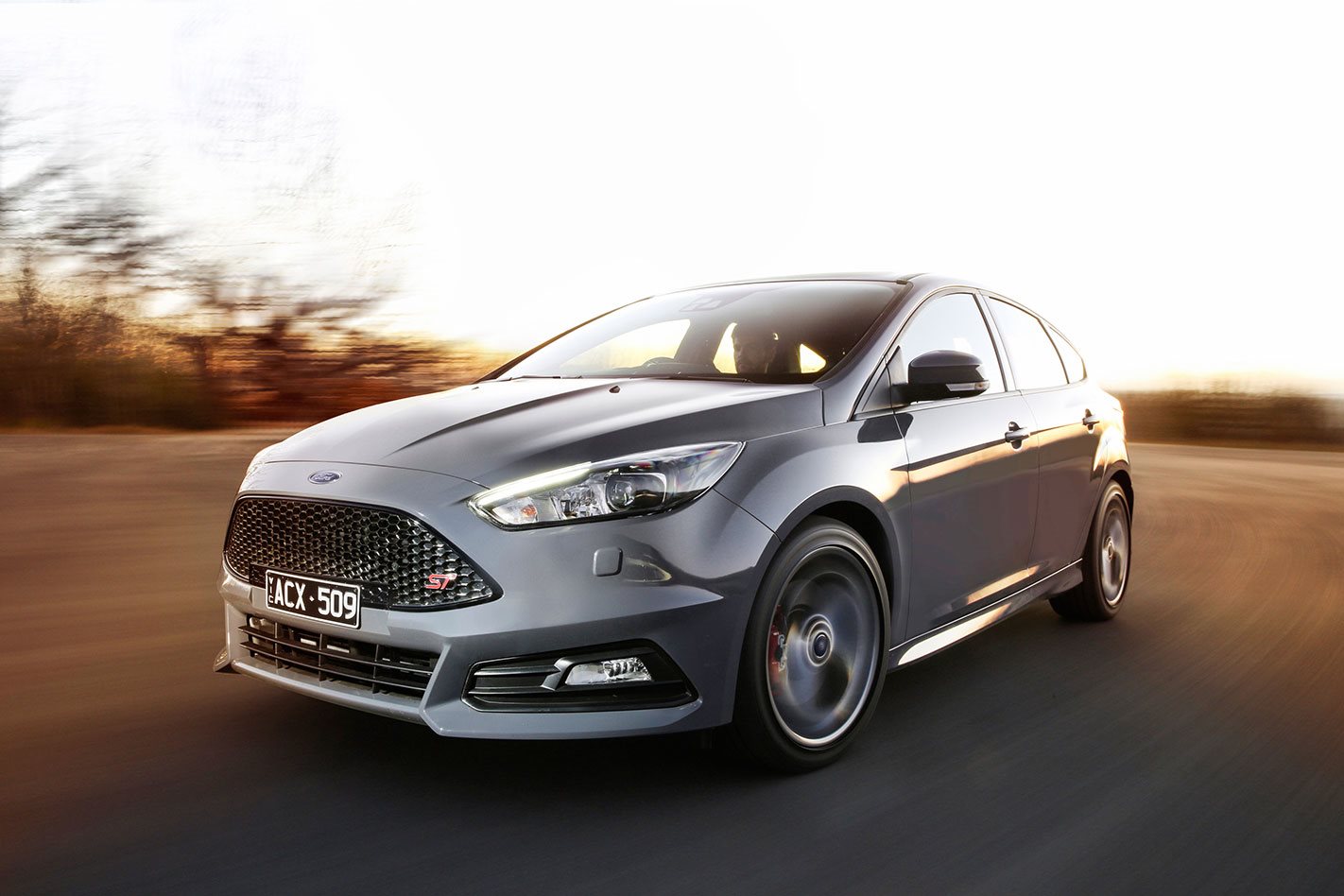 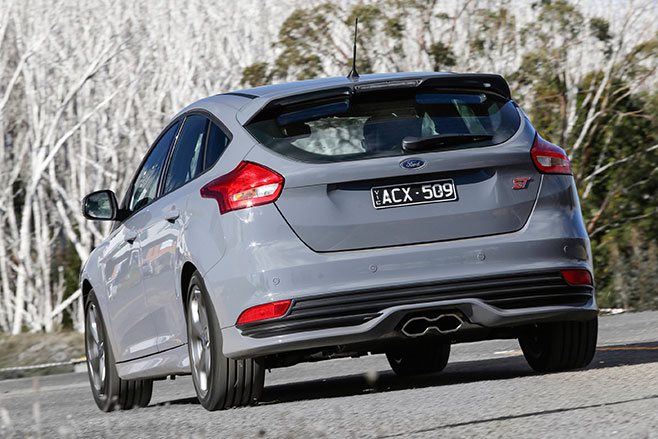 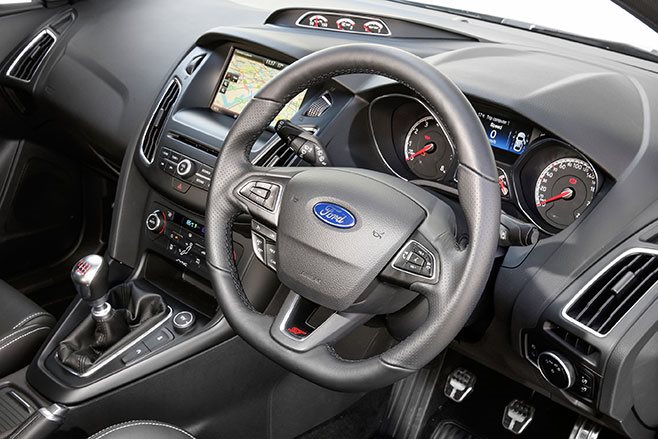 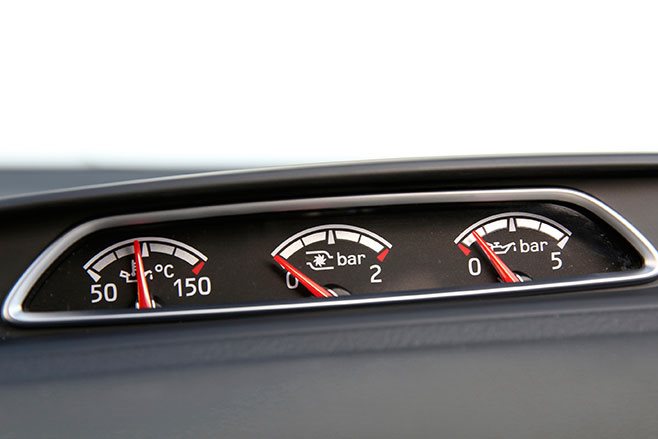 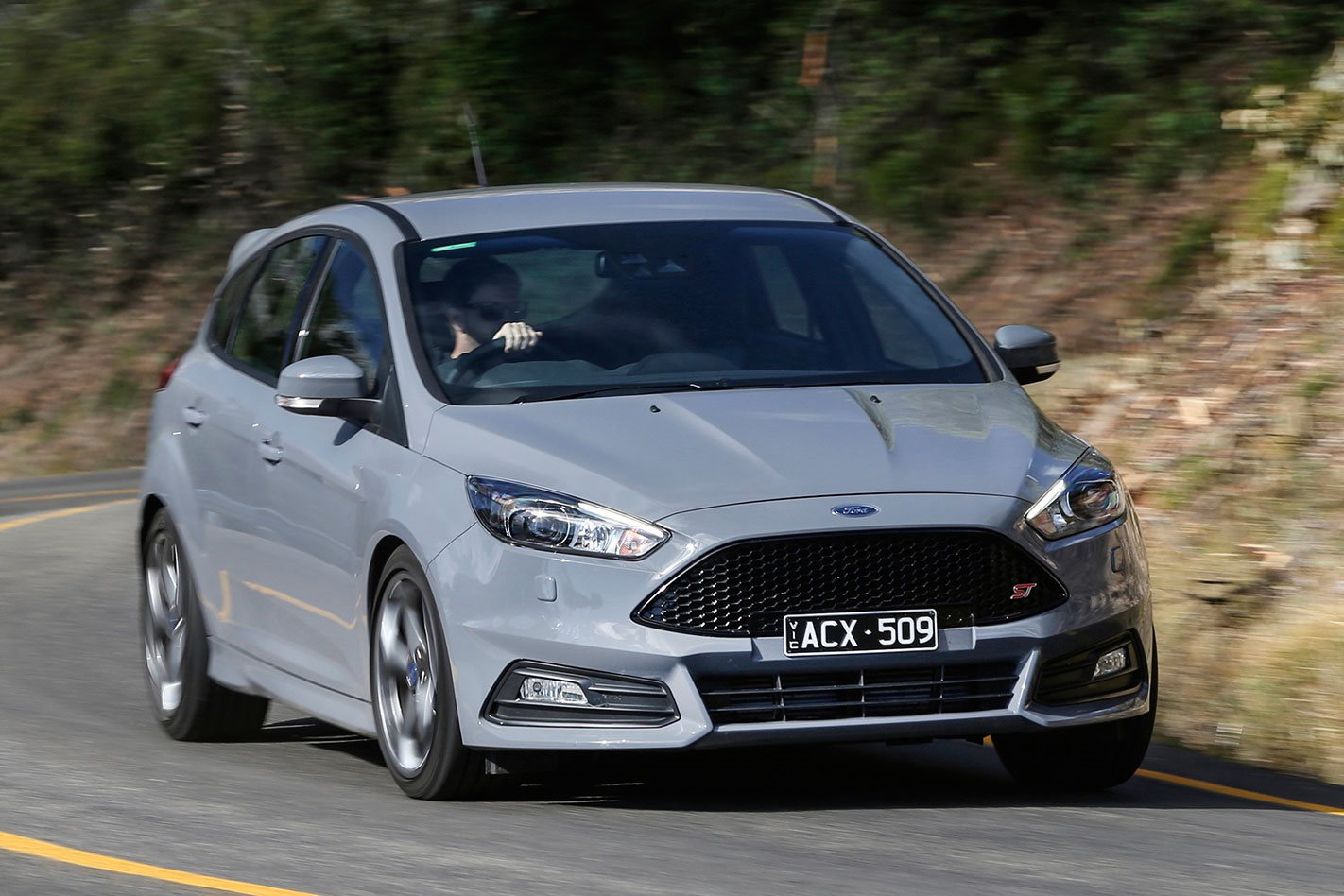