Robbo has steered almost every production Ferrari since the Dino 246, so to mark 70 years of the Prancing Horse, he lays out his top 10

IN THE 47 years since I drove my first Ferrari – I’m counting the Dino 246 GT as a true Ferrari – my hands have been laid on most of Maranello’s production cars, at least until the most recent crop of turbocharged V8 models.

A large part of me is happy that I’m left with memories of the gloriously evocative, normally aspirated engines, 9000rpm redlines and power that builds as the revs climb ever higher.

Yes, I appreciate that the 488 is faster than the 458, but I simply don’t want a Ferrari that develops peak torque from just 3000rpm. Here, then, are my favourites; a list that includes one turbocharged car and one model I’ve never driven.

In the 16 years I was a regular visitor to Pininfarina’s Grugliasco (Turin) design centre, one special car sat in the foyer: PF’s red 250 GT SWB. No matter that it sat opposite the small museum that housed a dozen or so of PF’s greatest designs, this was the car chosen to greet visitors.

No other Ferrari’s styling so perfectly blended aggressive sportiness – that thrusting, reverse sloping nose – with an elegance and simplicity of beauty. I never came to terms with its tiny size: at 4150mm long, on a 2400mm wheelbase, not much bigger than an MX-5.

Those who have driven a SWB (S. Moss), tell me it’s as great on the track as it is on the road, the driving matching the exquisite looks. 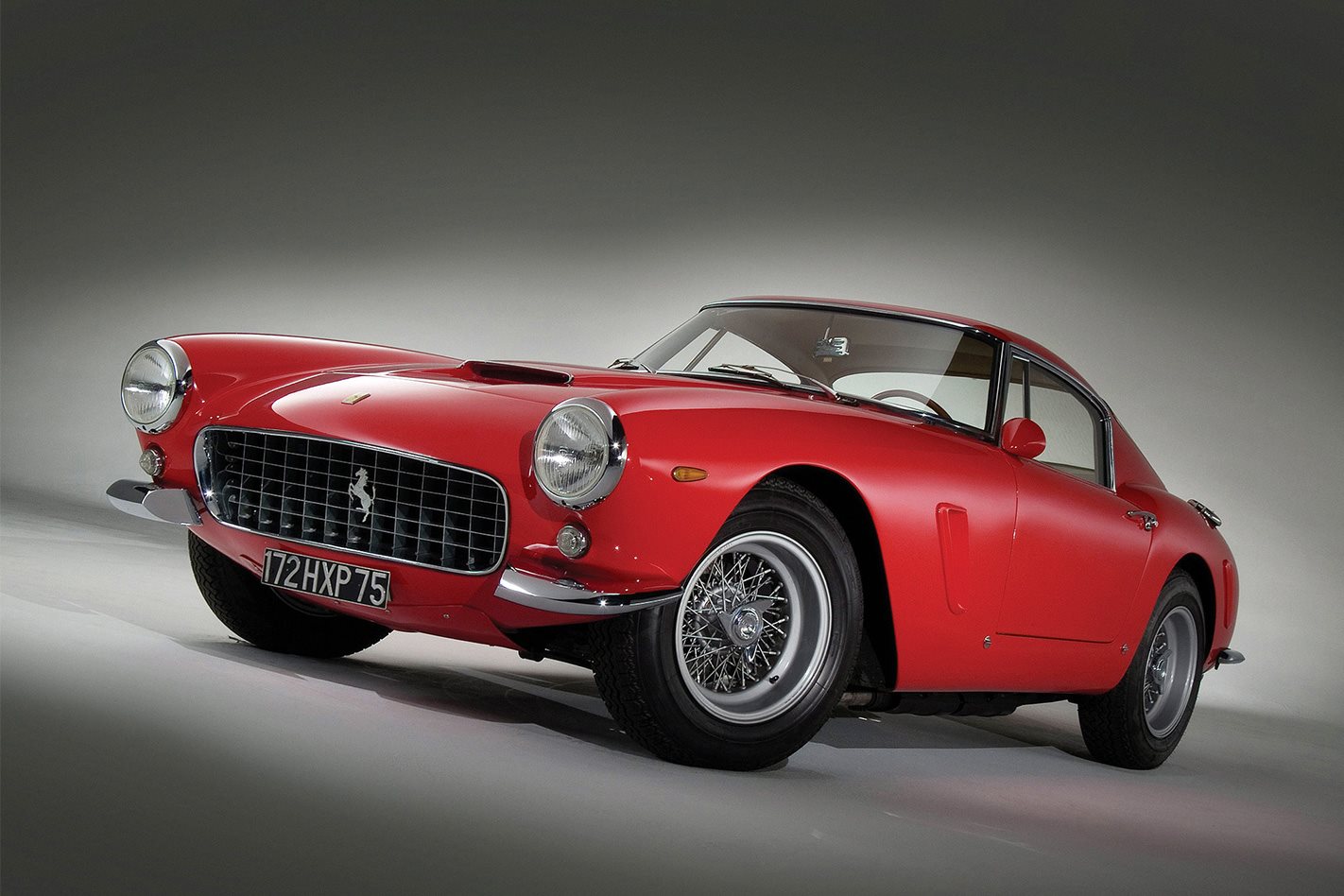 The one turbocharged Ferrari to make my list, the F40 was the last production model conceived under the leadership of Enzo, who died less than a year after it was unveiled to the press.

This is no contemporary Ferrari turbo, but a raw and nervous excitement machine capable of terrorising its driver. Peak torque hits at 4000rpm and power at 7000rpm and that, plus 700rpm to the redline, is the engine’s operating range. Anywhere below 3500rpm, engine off boost, it’s easy enough to control, but the turbo lag is waiting to catch you out.

A heavy clutch, precise handling and hardcore interior only add to the race-car-like thrills. 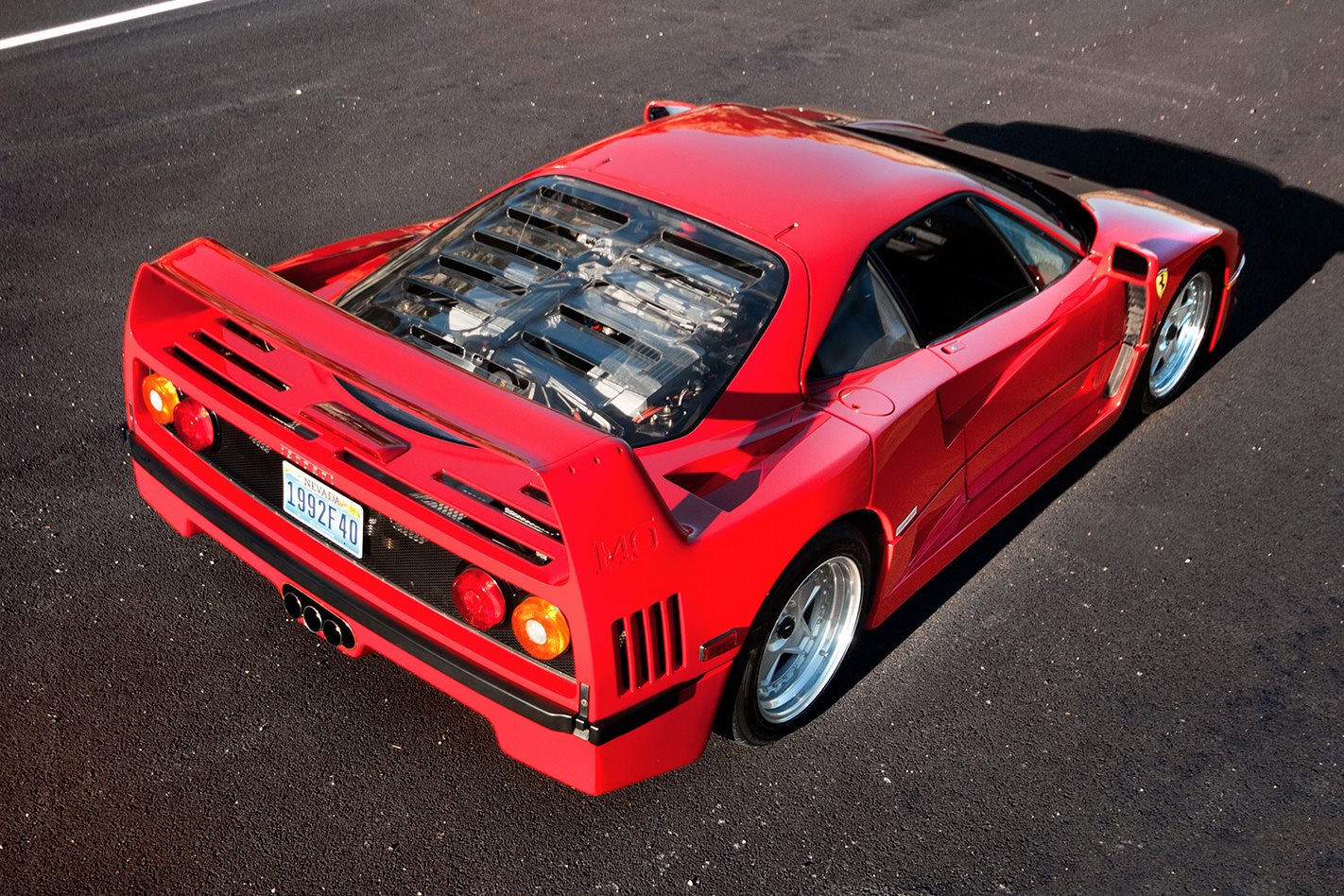 One of Leonardo Fioravanti’s greatest Ferrari designs, the beautiful ‘Boxer’ was an all-new road car, though the 4.4-litre flat 12 was an evolution of Ferrari’s 1971 F1 racing engine.

Fed by four triple-choke Webers, breathing through six large exhaust pipes while making 256kW, and so wonderfully sonorous, the engine eventually grew to 4.9-litres and 328kW in the F512M.

The Boxer wasn’t perfect: mostly excessive longitudinal body movement and poor brakes, but the roads of western Victoria had never seen anything like it. Nor had I, for it was my first Ferrari supercar. Fifteen years later, when that same Boxer was just an old, second-hand car I could have bought it for $10,000. 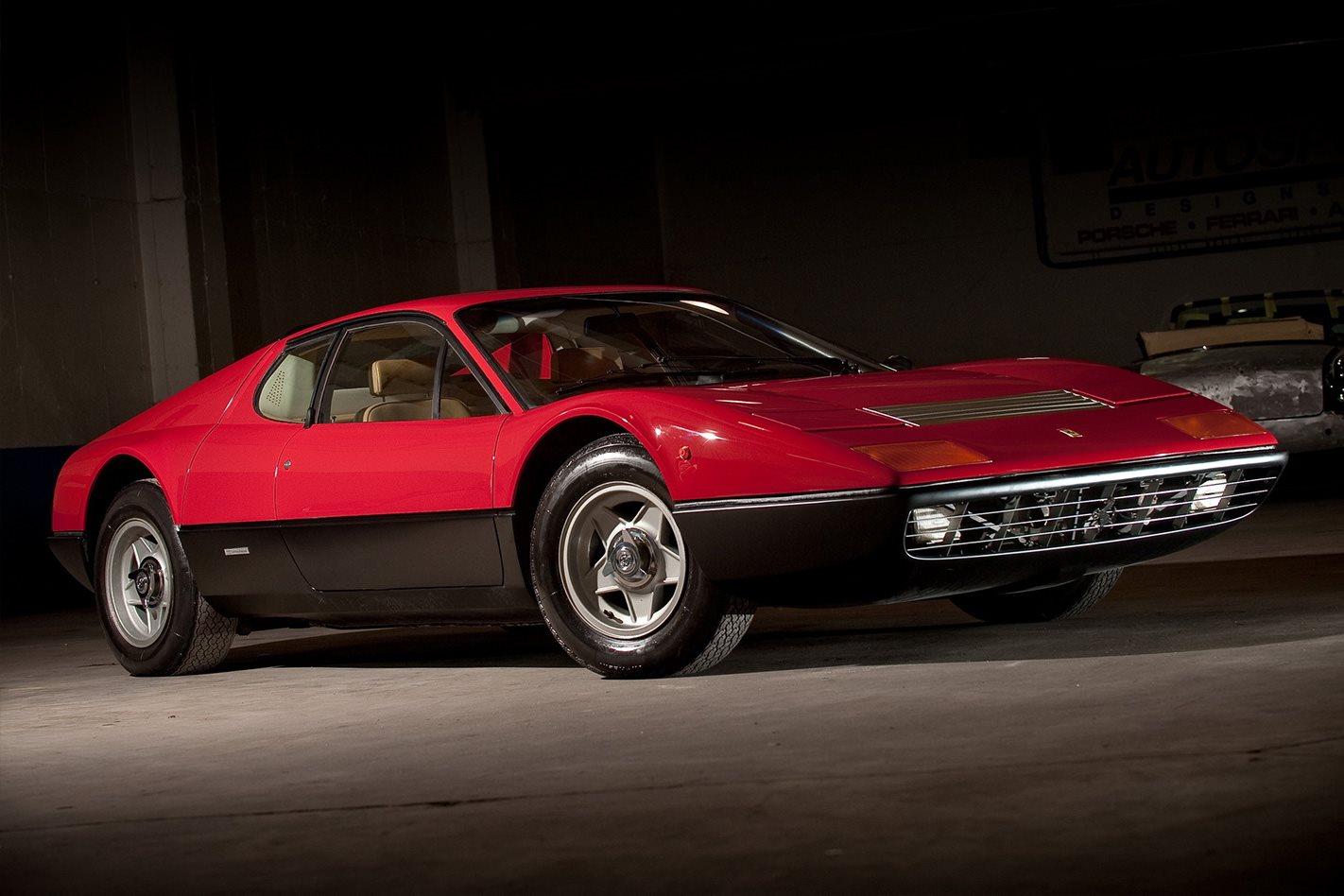 The F50 was the idea of Piero Ferrari, Enzo’s second son, who still owns 10 percent of the company. Piero wanted to build an F1 car for the road.

That meant turning a high-revving V12-powered, carbonfibre, open-wheeler into a road machine. I only drove the resulting F50 at Fiorano, Ferrari’s private circuit. For the first couple of laps I was disappointed, but after learning to stay between 5000-8500rpm, I discovered it was possible to get the F50 so far sideways that the steering was against the stops on opposite lock.

I balanced the Ferrari on the throttle, lifting to alter the drift angle to tighten the line, never fearful of an abrupt oversteer snap. Amid the wailing and bellowing, I realised the F50 was both benign and responsive. 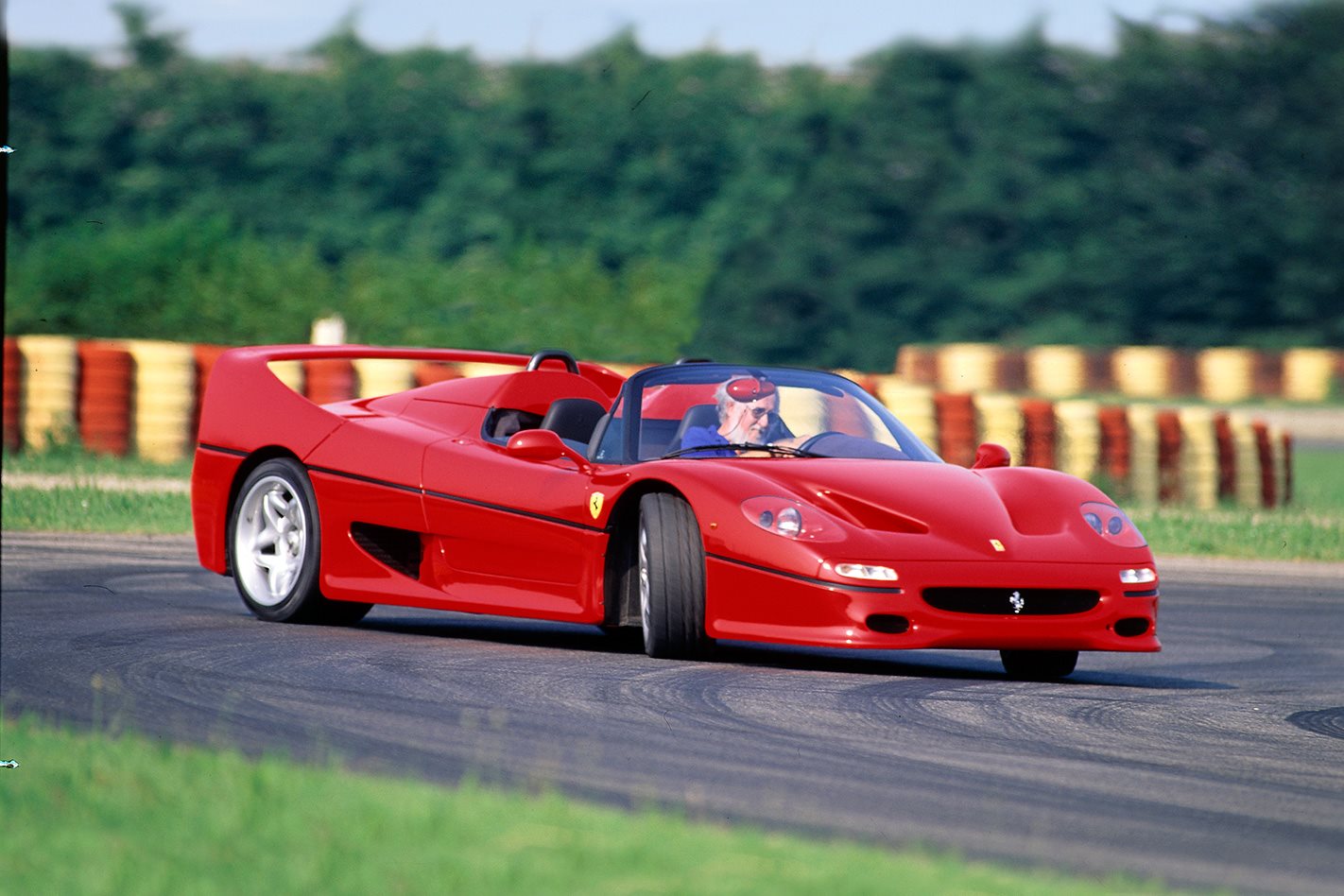 From the moment Aldo Brovarone’s Dino was unveiled at the 1965 Paris motor show as a concept it was destined for stardom.

The mid-engine V6 coupe retained the same, almost fragile grace of appearance that is so much admired today when it evolved into the production 246 GT. The external beauty, validated by the 2.4-litre 65-degree V6 from Ferrari’s Tasman Cup-winning Dinos, and a chassis of uncommon quality, ensured a truly delightful drive.

Not for its performance – a current Golf GTI would blow it away – but for the total balance of its controls, handling responses and fluidity. And its sublime appearance. 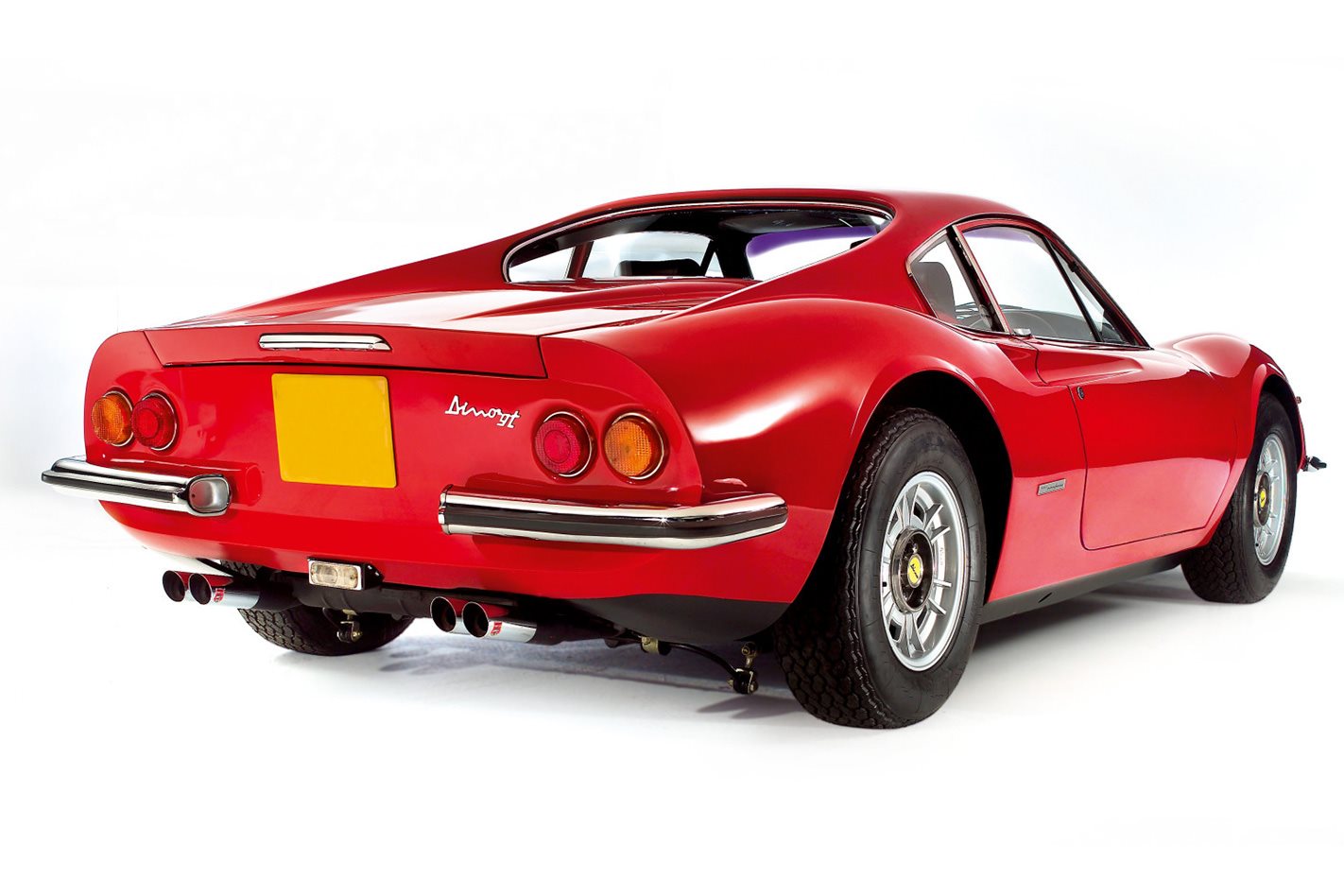 Maranello now admits the 348 was an unpleasant piece of work. The F355, its successor, was the first mid-engine Ferrari to provide clear evidence that the Italian engineers well learned from the Honda NSX.

I rate my F355 drive from northern Italy to Stuttgart (where it beat a 993 911 Turbo in a Wheels comparison) via the Brenner Pass as highly as any. I revelled in the predictable handling, far quicker and lighter steering than any previous V8 Ferrari (it was the first with power assistance), more accessible, increased performance and still the joyous clanking from the open-gated gearchange.

I put another 2827kms on the odometer, each a tribute to Ferrari’s virtuosos under then-new boss Luca Montezemolo. 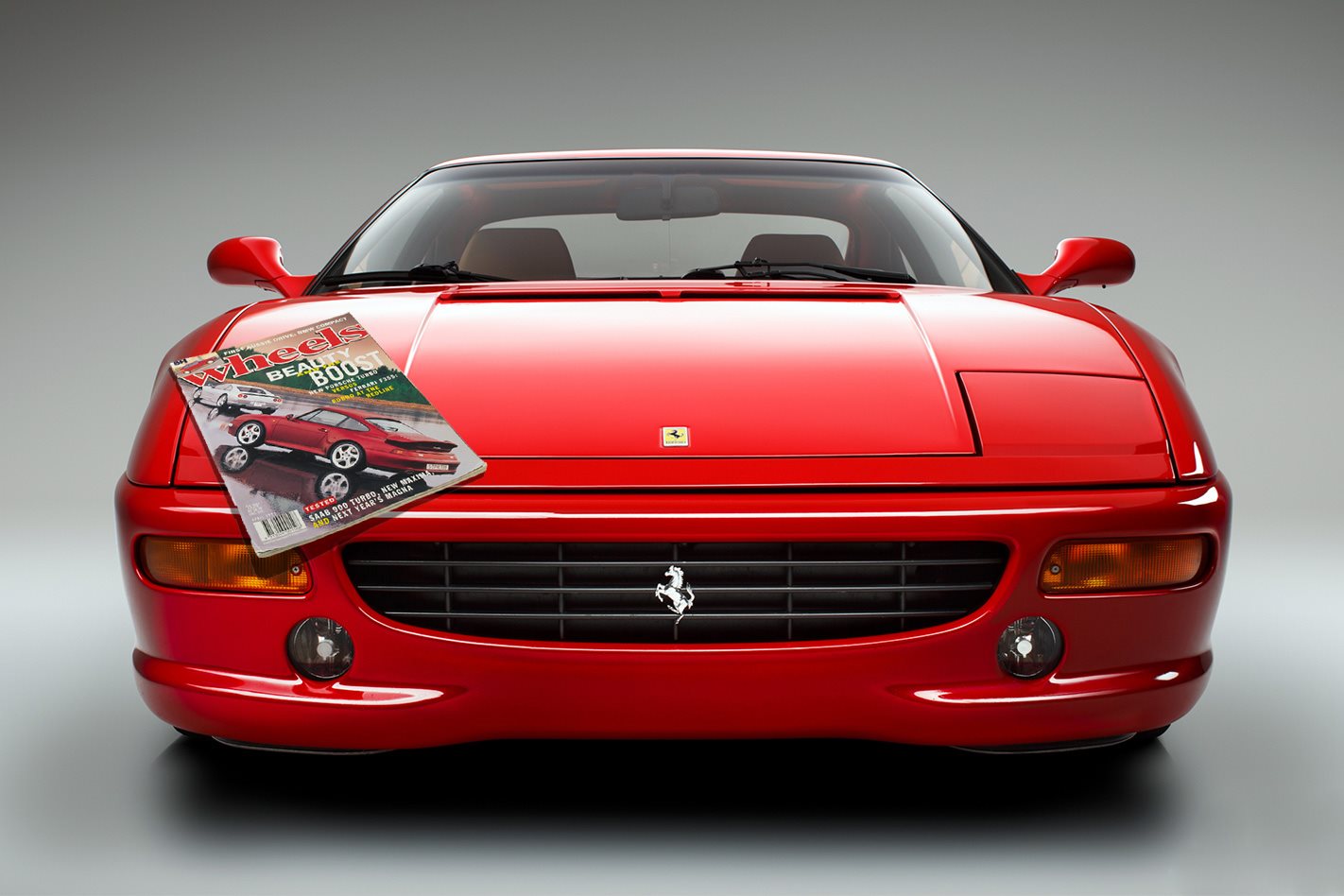 Largely ignored as old fashioned, and overshadowed by the Lamborghini Miura when it was launched, the 3.3-litre 275 GTB is now considered by those who know to be an even better drive than the Daytona, which used a larger capacity development of the Gioacchino Colombo-derived front-engine V12 mechanicals.

The first Ferrari with independent rear suspension and, as a four-cam GTB/4, impossibly beautiful, the 275 remains a joy on the right road. Agile, never brutish in its performance, this is a Ferrari that yearns for sweeping third and fourth gear corners. A fantastic car. 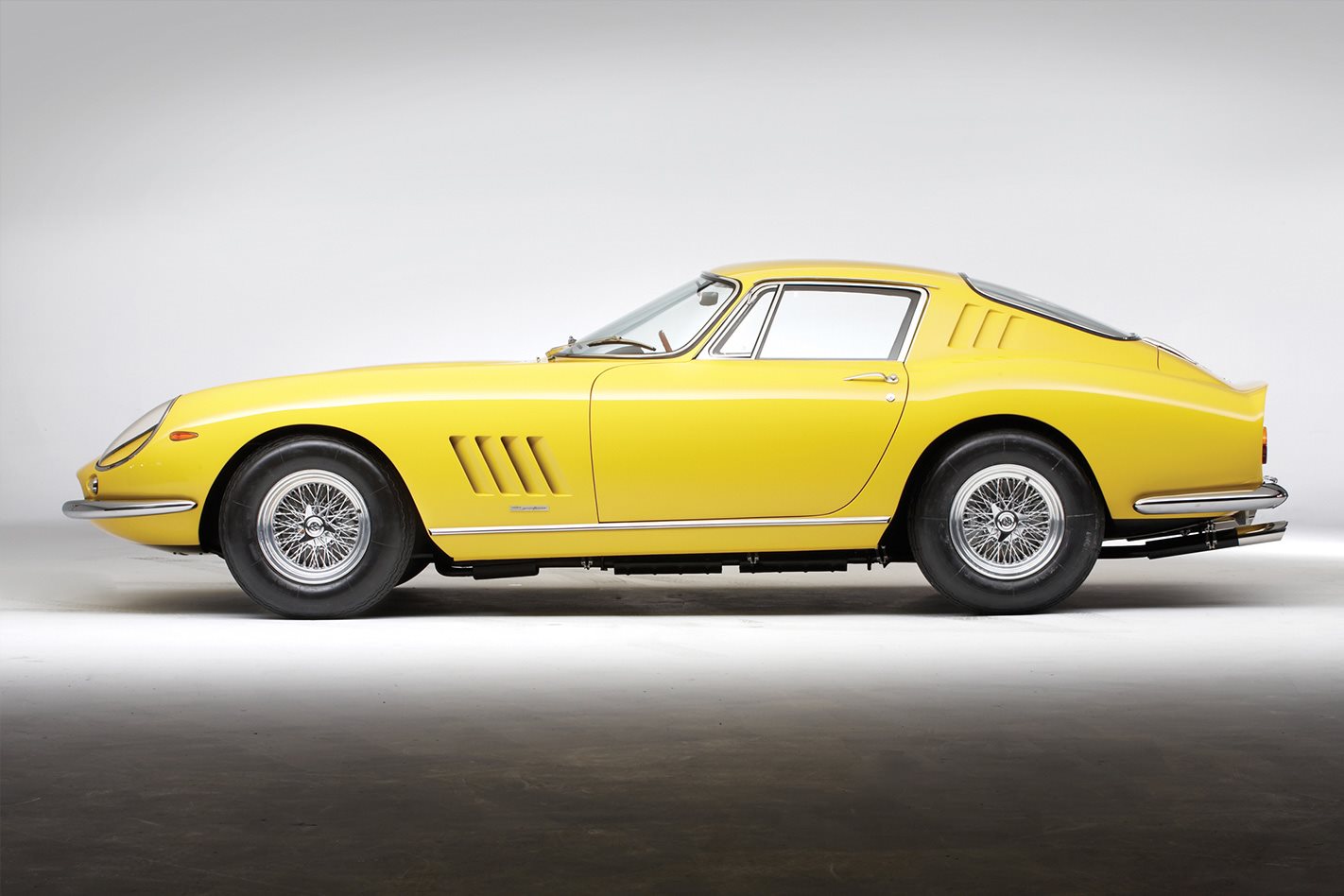 In my experience (I’ve not driven a Bugatti Chiron), the LaFerrari redefines speed:0-200km/h in 7.0 seconds, or 2.5sec quicker than the Enzo, Ferrari’s previous supercar.

It is terrifyingly rapid and demands a high level of wheel skill when tapping hard into its potential. This is fast-forward driving, the world tearing past at an almost incomprehensible speed that requires intense concentration.

This relentless performance combines with instant, almost brutal throttle response, super-fast linear steering and massive grip … up to the point that, with the electronic safety net off, 708kW transforms the LaFerrari into a tyre-shredding oversteerer. 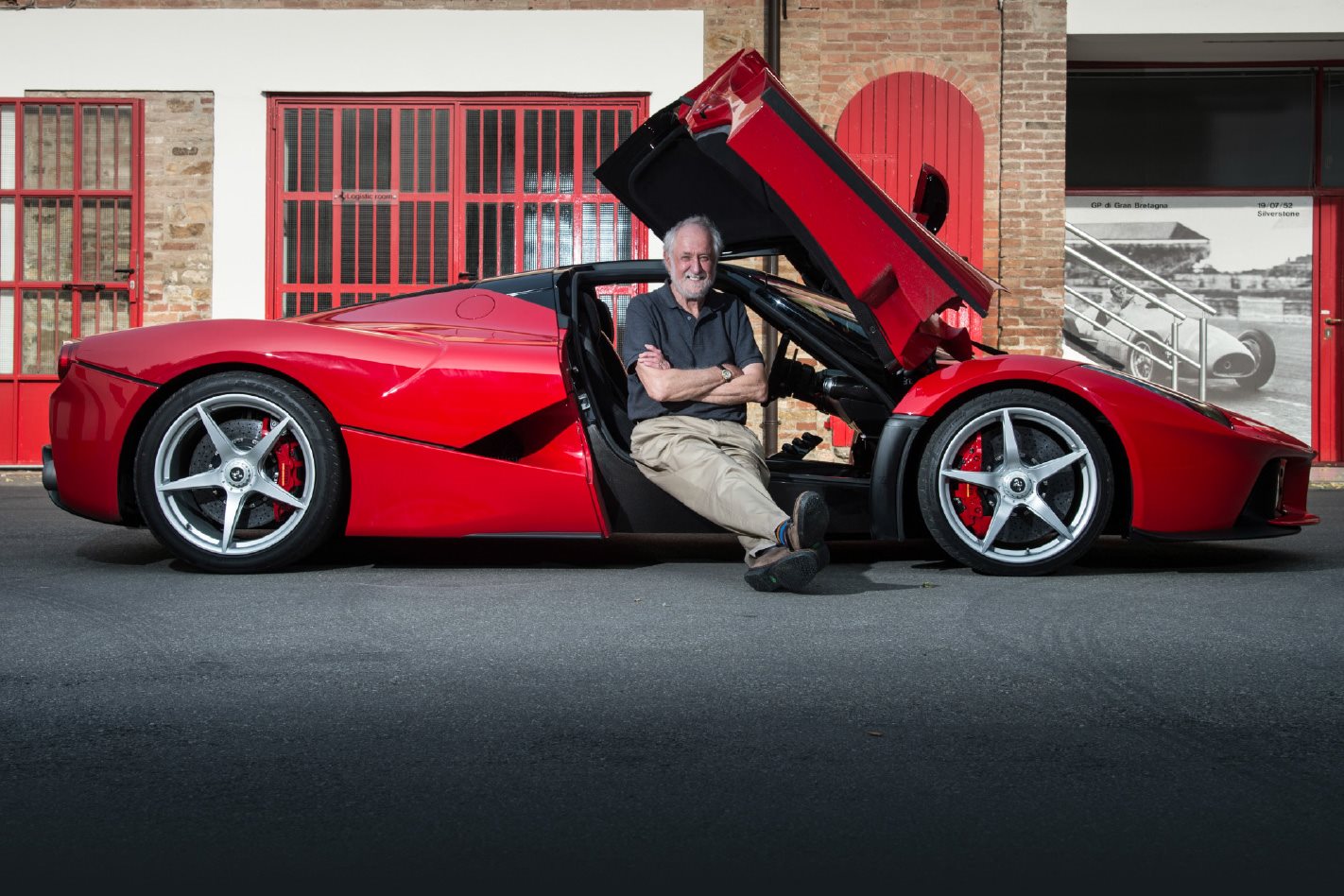 The quality of Ferrari’s progress from the F355, through the 360 Modena and F430, to the 458 still leaves me staggered. There’s a natural harmony to the 458 that is rare to find in any car, let alone one that combines seemingly contradictory talents. How, I remember wondering, is it possible to match two, super precise, turns of steering lock with superb high-speed stability, plus race-car levels of brake, throttle, transmission and handling response? Remember, too, that Ferrari’s last naturally aspirated V8 achieved 419kW at 9000rpm for breathtaking performance and musical accompaniment, with real maturity
and refinement. 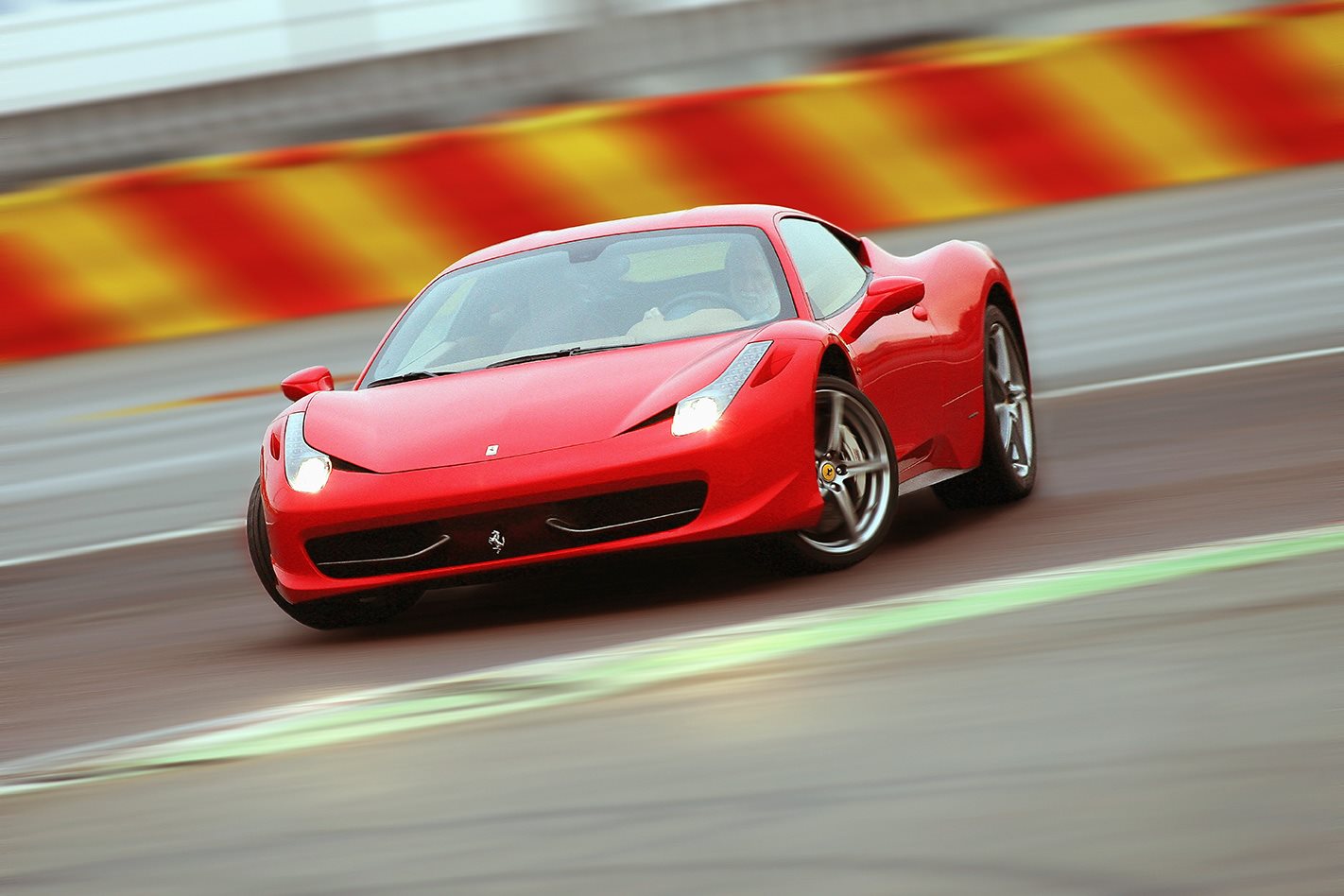 My all-time Ferrari favourite, supplanting the mighty 599 GTB. For all its sheer speed – 8.5 seconds to 200km/h, 340km/h Vmax – what makes the F12 so utterly desirable is the car’s user-friendliness. The F12 is a true supercar without the compromises. Easy to drive slowly or quickly, pleasant to live with and always comfortable, the F12 could be everyday transport and not something you save only for track days, like the original (and impractical) Lamborghini Aventador. With the V12 front-mounted you can see out of the F12, it’s easy to load up with gear, and never intimidating. Yet the sublime steering, effortless handling and shattering performance also deliver an unequalled driving experience. 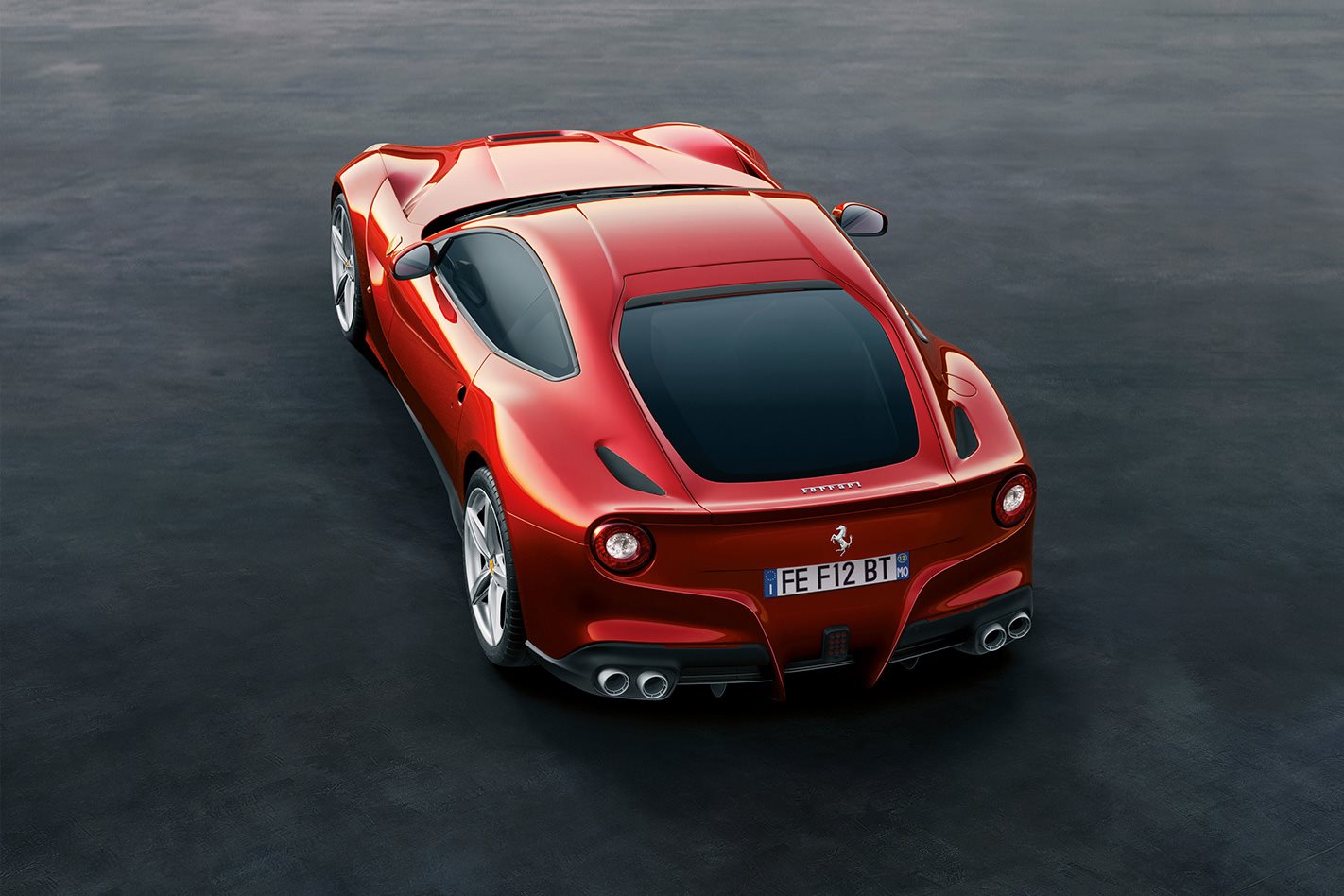 Underdone, stiff gearchange, heavy clutch, but most of all unpredictable handling and road holding. The NSX showed Ferrari how it should be done. 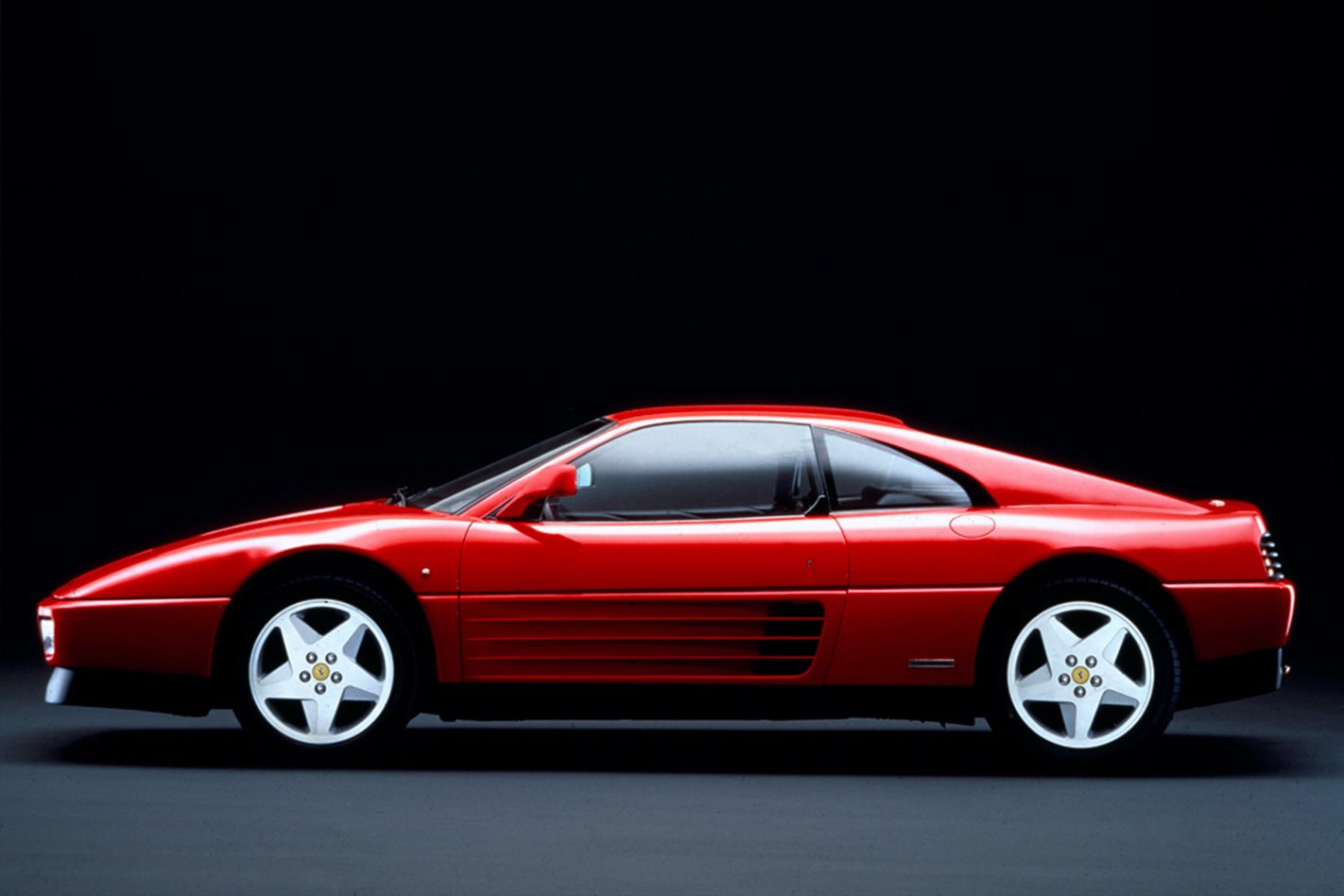 Lousy driving position, slow, just not special enough. My drive story was so critical it invoked my first life-ban from Maranello. 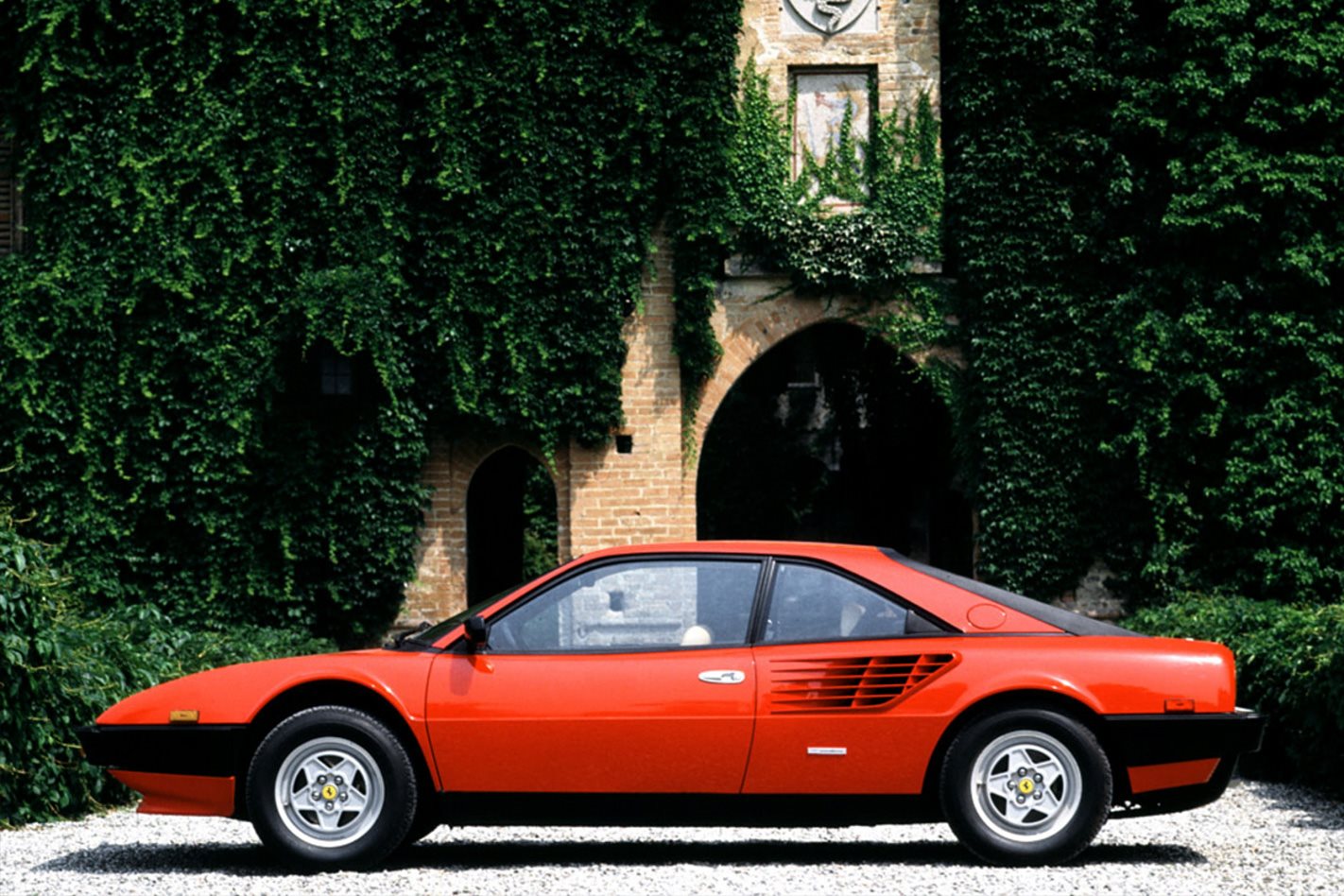 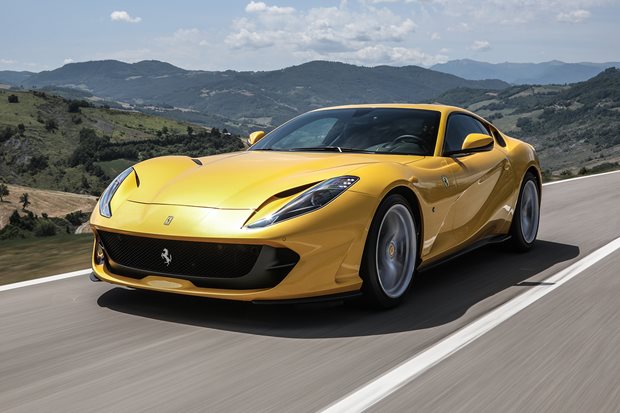 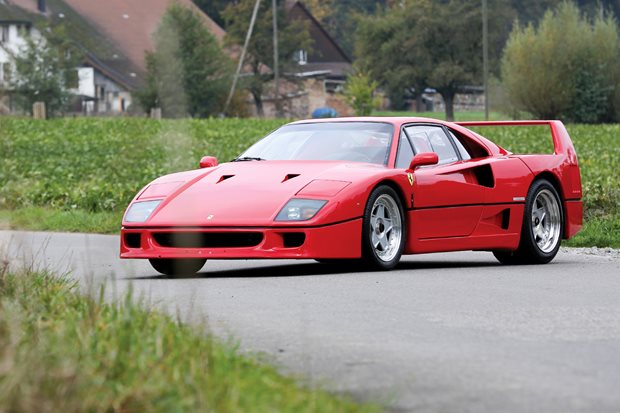 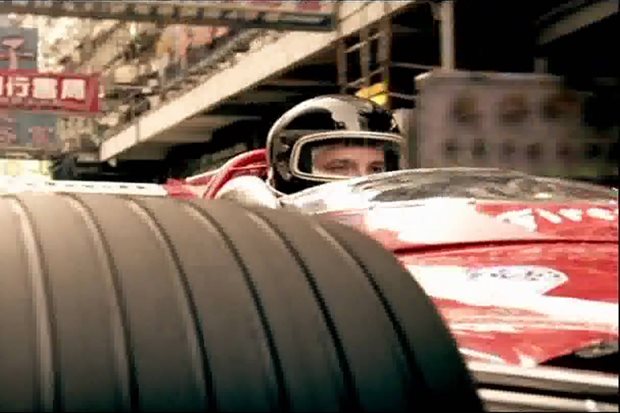 Ferrari and Shell: did they create the greatest car ad ever?

Ferrari and Shell’s incredible television ad from 2007 blew us away, and still has us gobsmacked