IT WAS in a restaurant perched on the top floor of a South African skyscraper that a German recently explained to me why we’re not driving cars with two-stroke engines developed in Australia.

Hard as it may be to believe today, that last bit once seemed a real possibility…

Back in the early 1990s Orbital Engine Corporation, based in Perth, was an outfit you could point to as solid proof of Australia’s ability to innovate.

It was selling its engine technology to some of the world’s biggest car makers. One of them, Ford, built a test fleet of 25 Orbital-engined cars. I drove one of them around Centennial Park in Sydney. That was around 25 years ago.

The Orbital 60kW two-stroke triple worked very nicely in a Ford Festiva. It had strong torque compared to similar-size four-stroke engines of the time. It was surprisingly smooth, and there wasn’t a wisp of traditional two-stroke smoke from the exhaust. I’ve wondered ever since why it never made it to production.

These days Thomas Krickelberg is Porsche’s 911 model line director. So he was in Cape Town for the launch of the new 911 GTS. Over dinner in an excellent restaurant atop one of the tallest buildings in the city centre, with the obvious questions out of the way, I asked him how his career had unfolded. It was nothing more than idle curiosity. After all, Krickelberg does have what must be one of the most desirable jobs in the business… 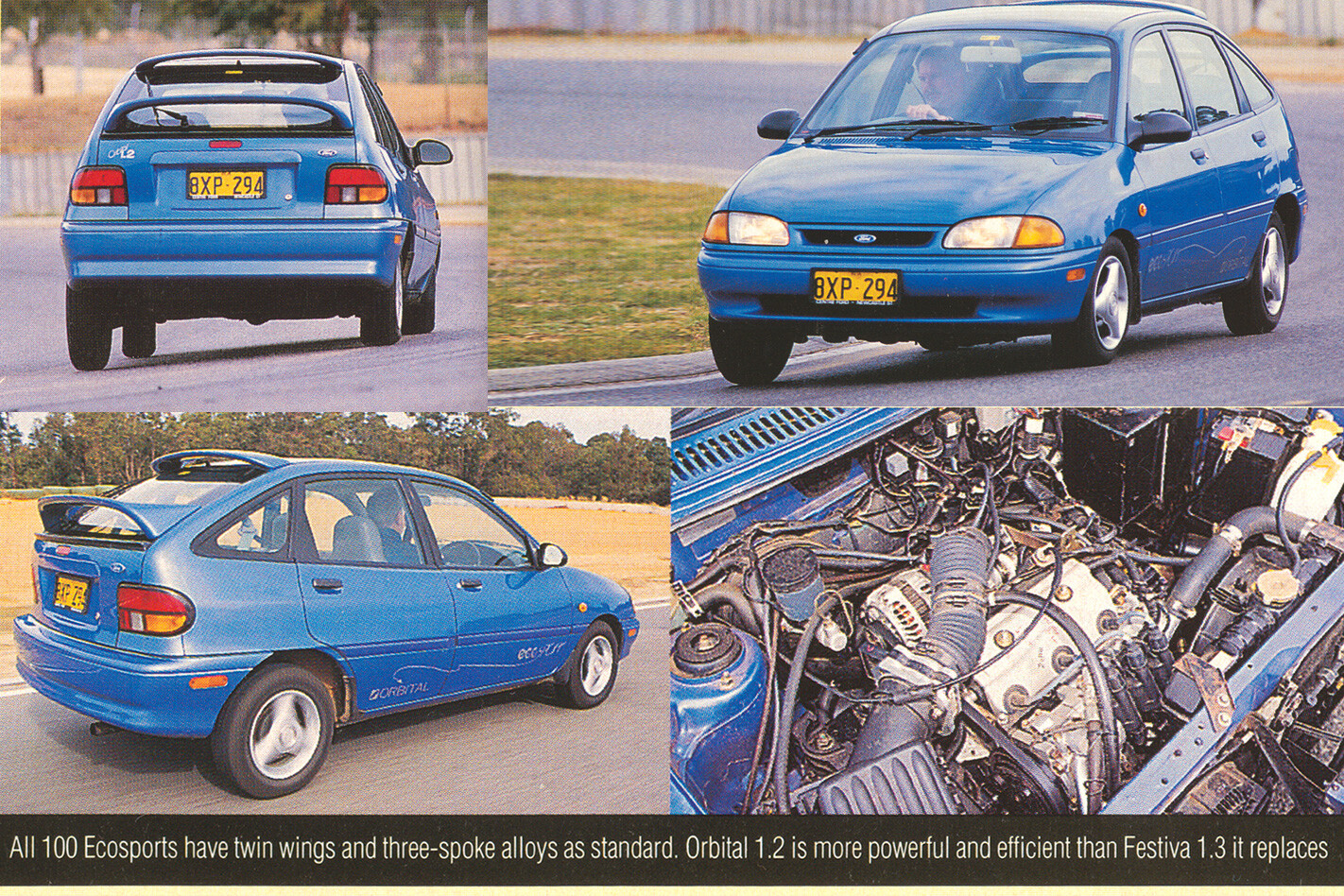 After earning his degree in mechanical engineering, Krickelberg was hired by Porsche and worked for the company’s legendary engine man Hans Metzger. Nice start. Then the economic recession of the early 1990s hit, and Krickelberg’s job evaporated. He moved for a time to BMW Motorsport, then to Ford.

Because he was young and unmarried at the time, Krickelberg says he was chosen for a long overseas assignment. That’s how he came to spend 10 months in a company-rented apartment overlooking Scarborough Beach in Perth, working as Ford’s engineer in residence at Orbital.

Krickelberg was tasked with providing technical reports that were sent to Germany, the US, and the UK.

Orbital, he recalls, was a company with a rare-for-the-time combination of engineering and business smarts. What he found was that Orbital was providing Ford with prototype engines specifically tailored to impress specific departments. There were versions with low emissions, low consumption, excellent NVH (noise, vibration, harshness).

But they seemed unable to deliver an engine that combined cleanliness, efficiency and refinement. Adopting the Australian-developed two-stroke would have been a risk, Krickelberg recalls. Yet it would not be cheaper or lighter than Ford’s own small-capacity engines. Thumbs down, then, for the two-stroke of tomorrow.

Now known as Orbital Corporation, the Perth-based business soldiers on. These days its fields of operation include safe power-isolation systems for the mining industry and the development of engines for small drone-type aircraft. These drone engines apparently use a version of the air-assisted fuel-injection tech that was a feature of the two-stroke triple I drove a quarter of a century ago.

But the real moral of the tale is this…

Stay curious enough for long enough in this business and you’ll eventually find the answer to every question you ever had.

Sometimes in the most unlikely places.