World’s Best Nissan GT-R collection is a bold claim, but read on and you’ll discover it’s no idle boast or duplicitous clickbait title.

Over the weekend Melbourne workshop V-Spec Performance held an open day, allowing the general public to come and have a poke around its workshop and fleet of incredibly special GT-Rs.

Regular readers may remember the name as V-Spec generously supplied the Nismo 400R and Mine’s Ultimate Response R34 for our recent GT-R special, however, since then there have been a couple more very special additions.

You know you’re about to see something special when the entrée is a Mercedes-AMG GT R, Lamborghini Aventador SVJ and Ferrari 488 Pista on carbon wheels, the trio of Euro exotics sitting outside, leaving the workshop interior as a Japanese-only zone.

Let’s start with the Nismo 400R, a comprehensively re-engineered R33 GT-R using bits from Nissan’s Le Mans program. The engine is the centrepiece, a 2.8-litre 294kW beast called the RB-X, though virtually every part of the car has been altered compared to stock. Just 44 were built, with this example being 007. 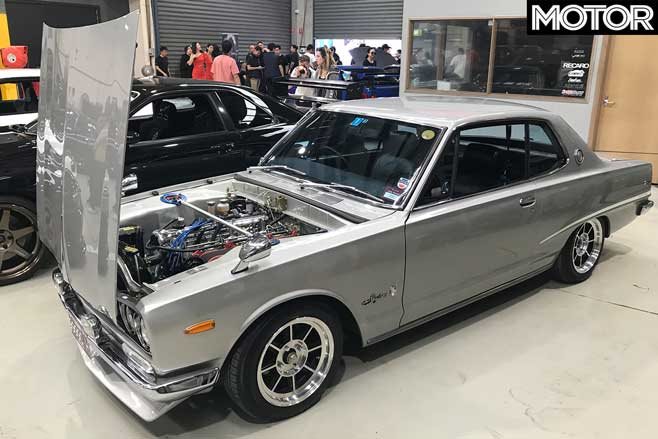 In a similar vein is the Nismo Z-Tune. In the early-2000s Nismo bought a number of immaculate second-hand R34 GT-Rs (the model having gone out of production) and turned them into 368kW monsters with carbon panels and uprated drivetrains.

Just 17 were built, all in silver bar one Midnight Purple example. V-Spec’s example, number 15, was originally silver but during a comprehensive restoration by Nismo, which blew the landed cost out to a rumoured $2.5m, it was painted in Midnight Purple. 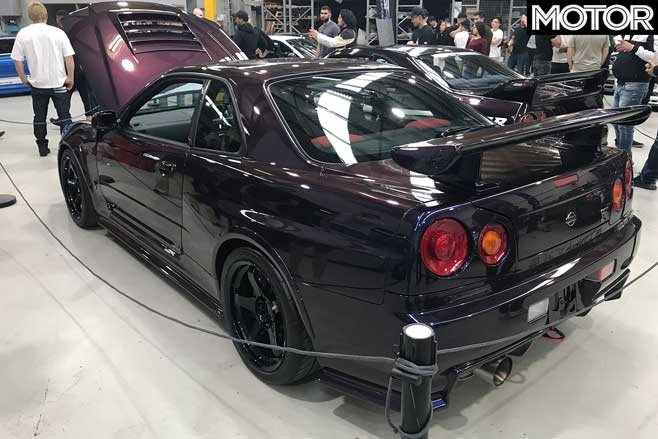 In contrast, an R34 GT-R Nur is almost commonplace, though see multiple examples under one roof is rare, as just 1003 of these models were built to farewell the R34 in 2002, most painted in the signature Millennium Jade paintwork and with stronger N1 engines as standard.

Speaking of the N1, one of just 56 R34 N1s is also present, a stripped-out, mechanically uprated GT-R built for endurance racing. Sitting next to it is a Tommykaira R-Z, one of just 11 built. Like the Nismos, it’s a complete turn-key mechanical and styling package with a 390kW/535Nm 2.7-litre engine. 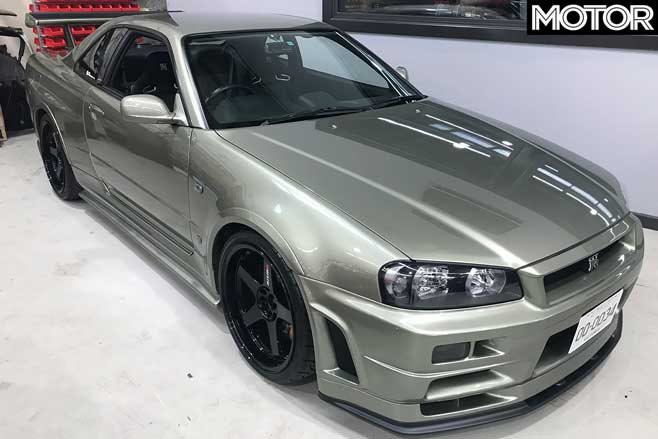 The oldest car on display is this KGC10 2000 GT-X, a high-performance variant of the first Skyline coupe which sat underneath the iconic KPGC10 ‘Hakosuka’ GT-R. While the GT-X used an L20 engine instead of the GT-R’s twin-cam S20, it produced 96kW/172Nm which wasn’t to be sneezed at in 1971.

Sitting opposite the GT-X is the Mine’s Ultimate Response R34 GT-R. Made famous by the Japanese Best Motoring DVD series, it was designed to be the ultimate expression of what Mine’s could do as a tuner. 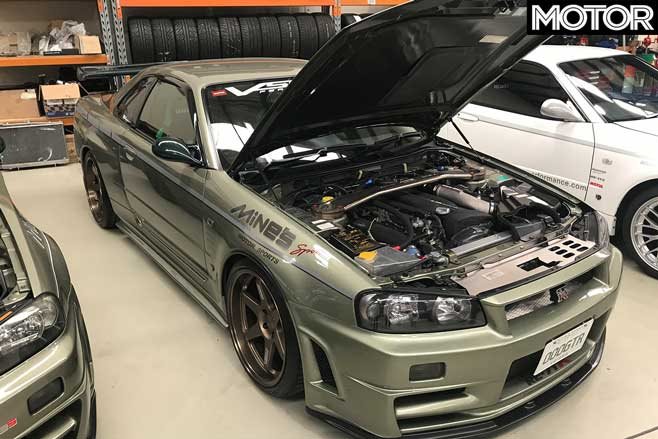 While this car isn’t the famous Best Motoring car, it was built as a more street-friendly version for Mine’s boss Tsuzo Niikura, including a 2.8-litre engine and the shorter diff ratio, the combination of these two modifications making the Mine’s R34 brutally quick.

Last, but certainly not least, is V-Spec’s latest acquisition, the HKS Zero-R. Initially planned as a limited-run version of the ‘ultimate GT-R’, the project was abandoned when HKS discovered it would have to crash test the cars. 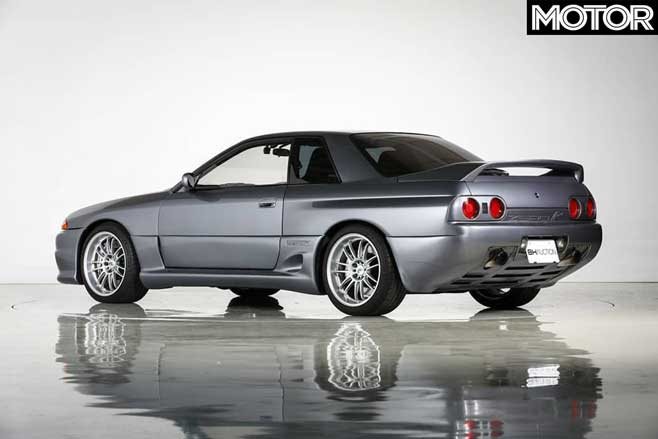 One of the four cars built was sent to the Sultan of Brunei with the other three sitting at HKS until it decided some years ago to restore the cars, upgrading them with the best possible parts to create a 441kW street weapon.

V-Spec purchased the car, which is so comprehensively modified it features no Nissan badges, at the 2019 Tokyo Auto Salon and has just finished compliance. We’ll hopefully tell the story of the Zero-R in a future article, but until then enjoy a quick look at V-Spec’s remarkable GT-R collection. 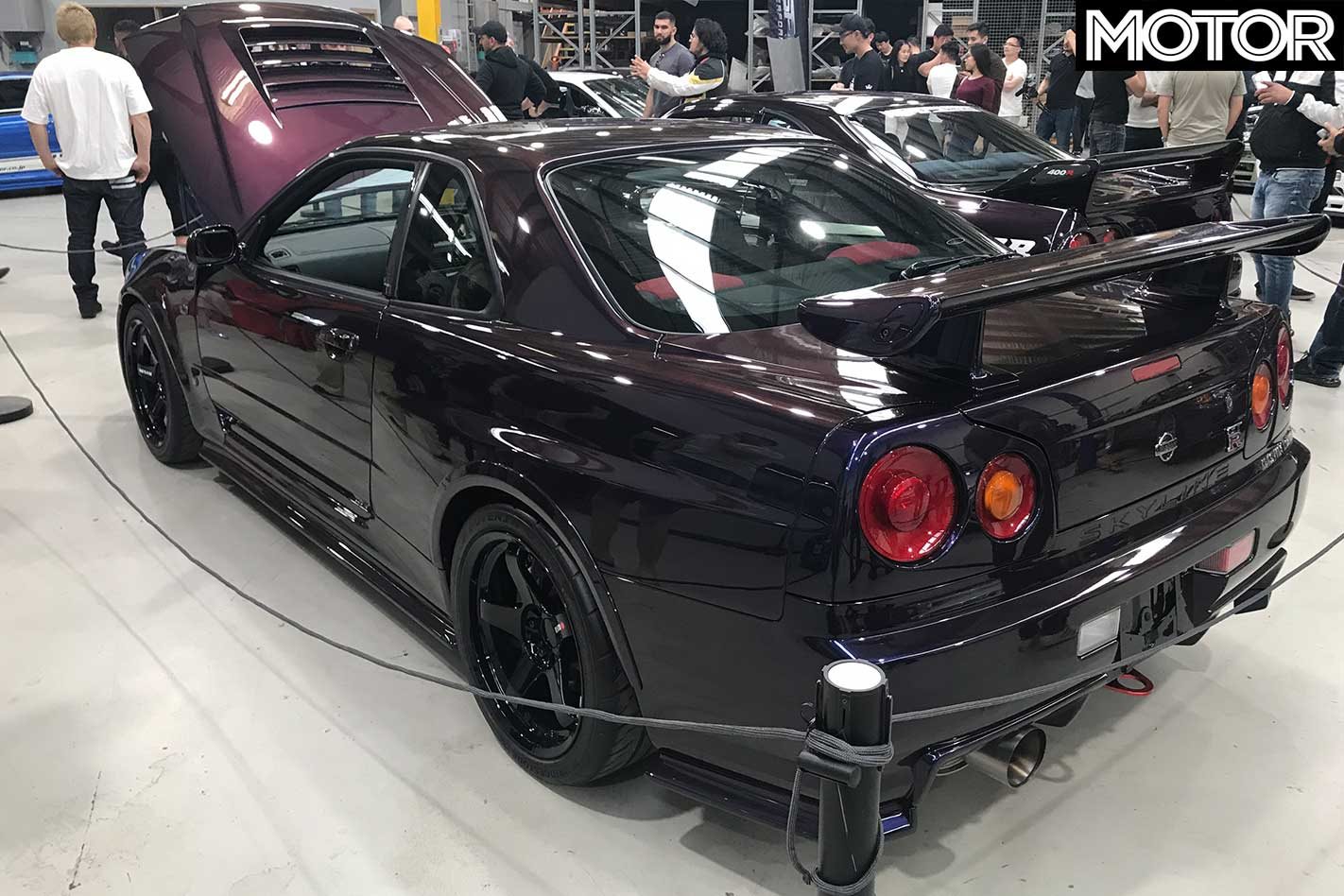 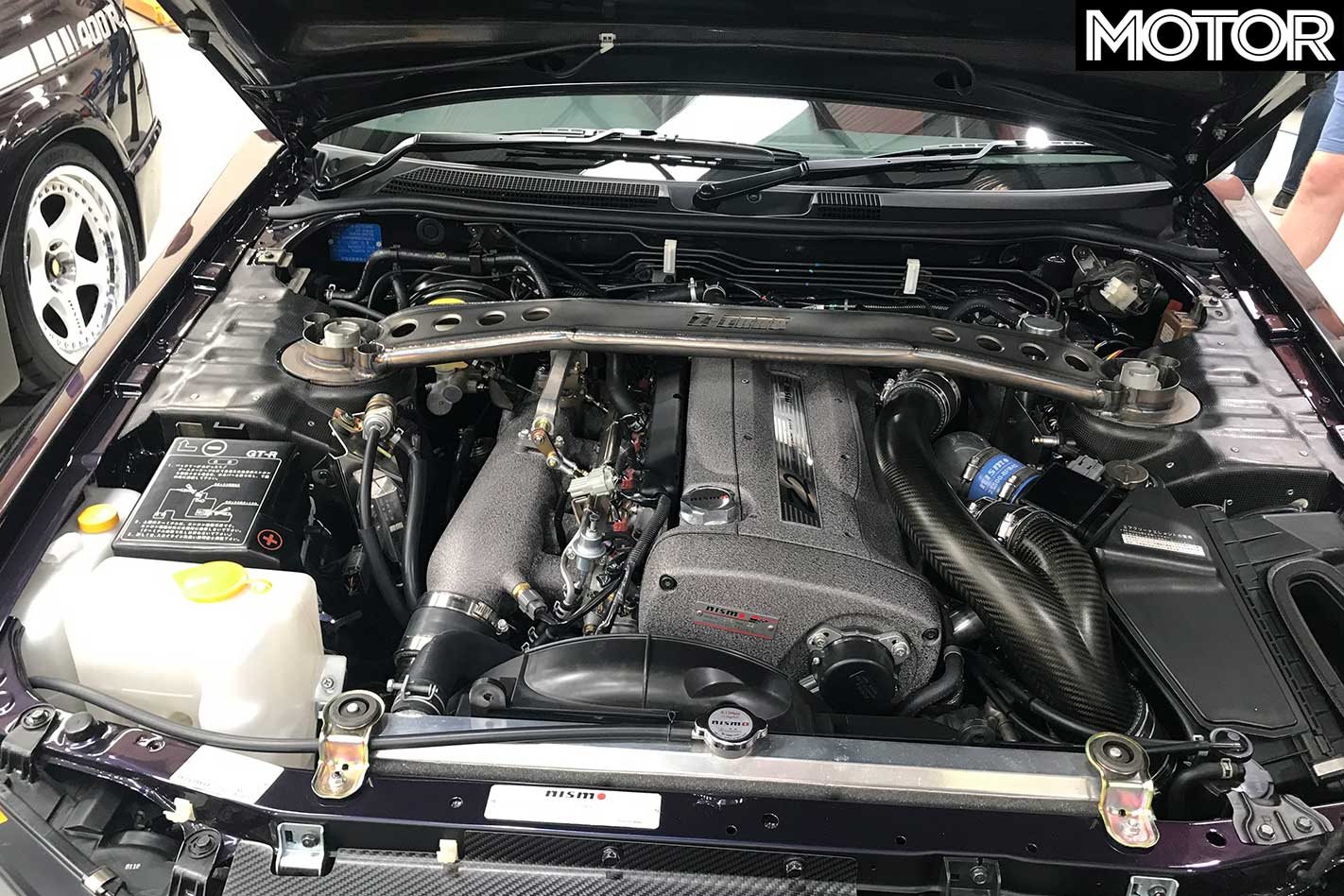 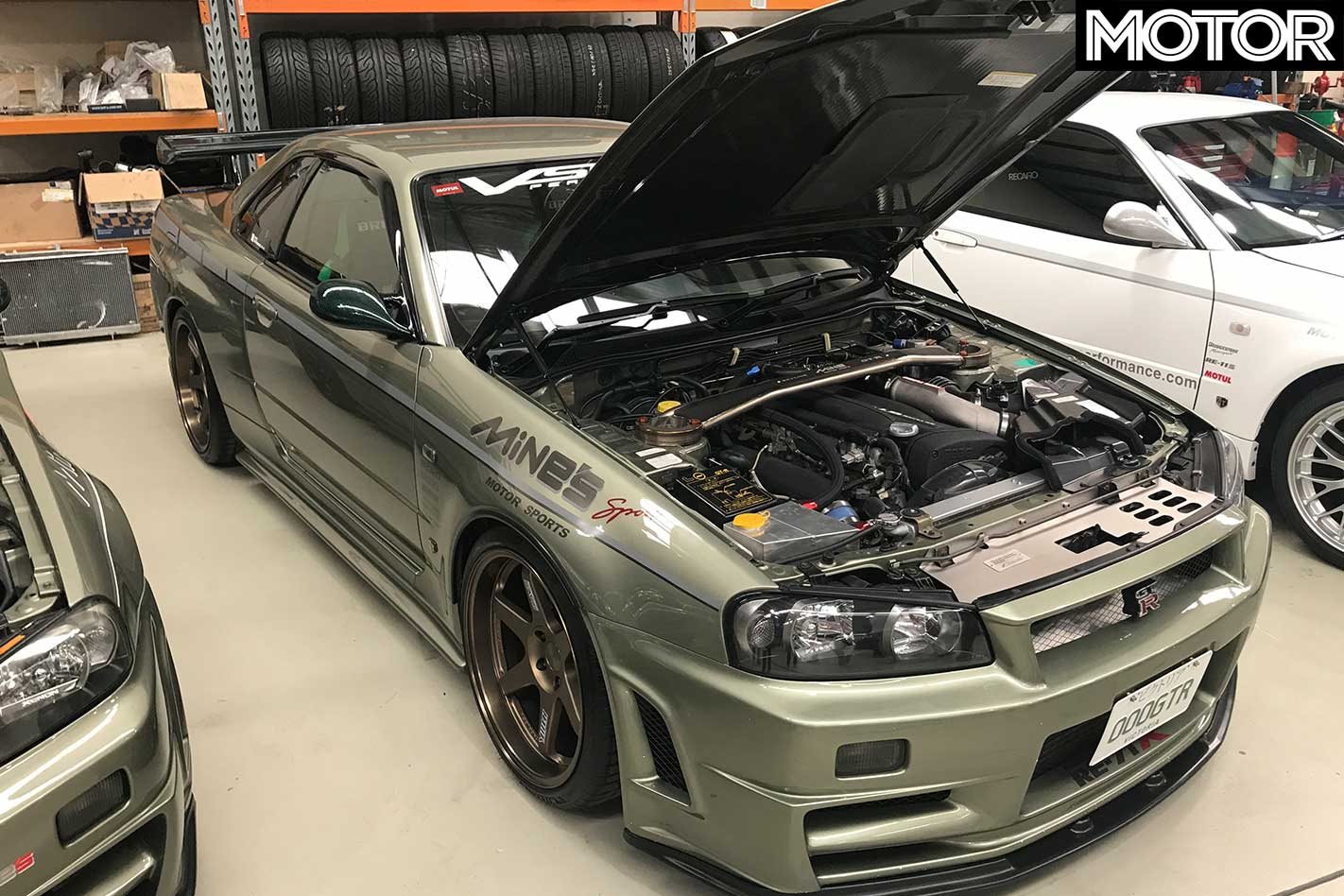 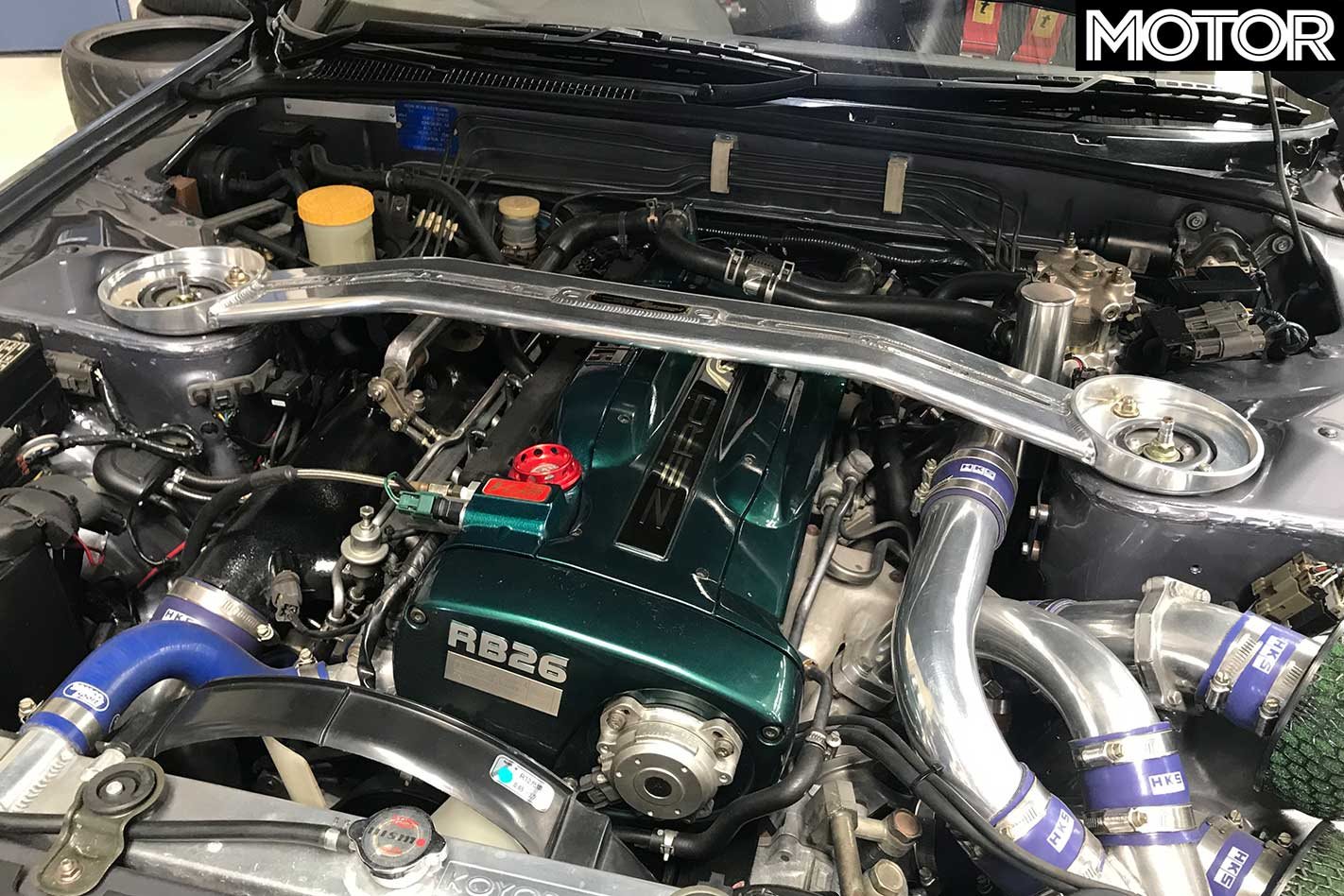 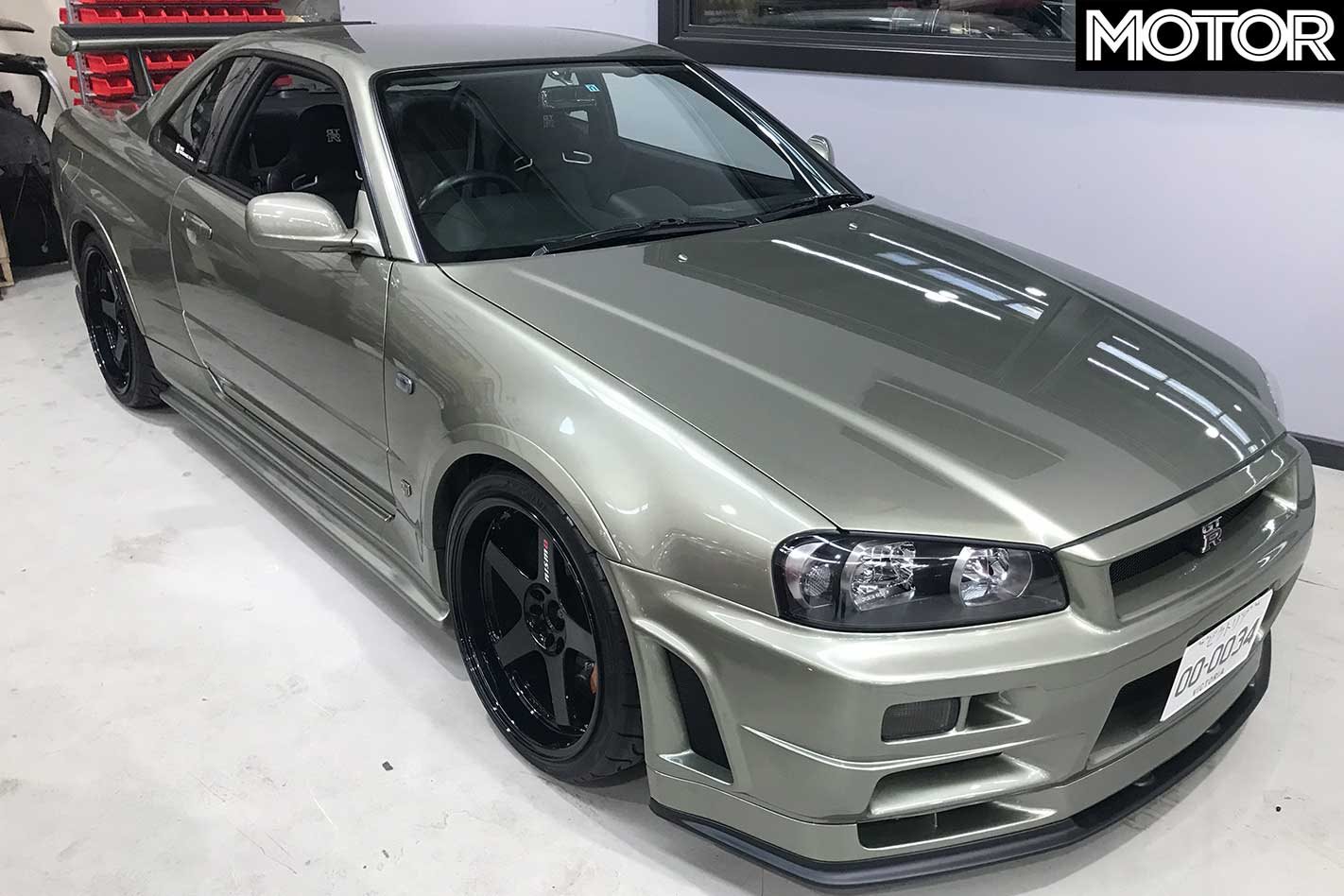 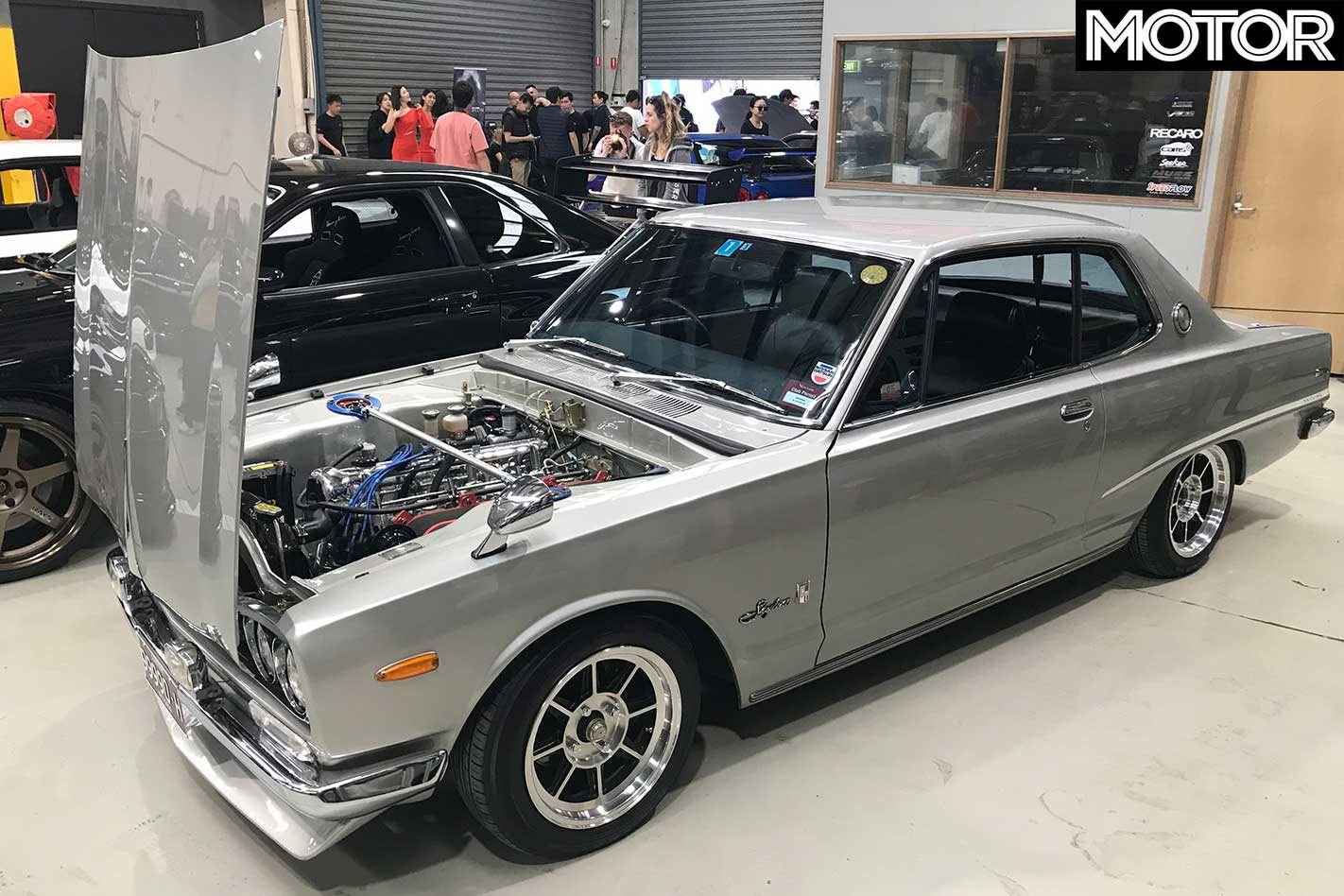