The start to the GT-R story is a far cry from the brutal AWD beasts of today, but it's arguably more revered

Four doors, two driven wheels and a total of zero turbochargers. None of this is what we think of when someone says GT-R, but this is where it all started. The twin-turbo all-wheel drive beast we know today owes its existence to something very different.

Meet the "Hakosuka" (pronounced hako-ska) GT-R. That’s not what Nissan’s paperwork calls the first Skyline GT-R – PGC10 and KPGC10 were the model codes – but it’s become the official unofficial name of the ‘Box Skyline’. In Japanese, ‘hako’ means box and ‘suka’ is short for Sukairain, the types of mountain roads from which the car takes its name: Skyline. 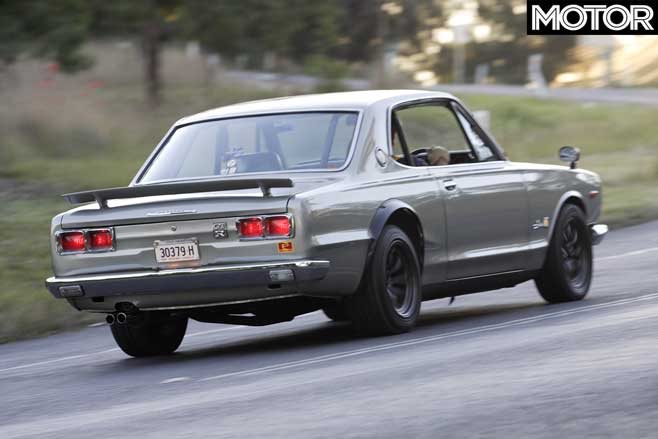 The GT-R story begins in the late 1960s, at a time when Nissan had just absorbed Prince Motor Company, and when the merged engineering knowledge of the two groups was starting to pay dividends on the track.

With the engineers from Prince having proven their worth by developing the R380 racecar and the previous Prince Skylines, Nissan decided that the C10 Skyline would be its next performance car project. The engine from the R380 and the body of the Skyline road car were to be the basis for a new motorsport champion.

The man credited as the driving force behind the subsequent development was Shinichiro Sakurai, an engineer with a tough work ethic. Sakurai was the type of man who would say things like “the Skyline is my alter-ego”, according to former apprentice Naganori Itou. There’s a reason many at Nissan called him ‘Mr Skyline’. 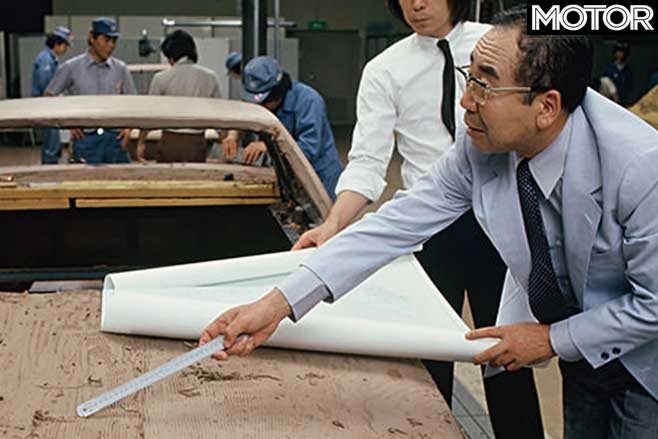 Starting out as an engineer on the first Prince Skyline in the 1950s, he quickly worked his way up to become leader of the development team for the third generation, the Hakosuka. Sakurai then remained in charge of the Skyline until the R31 generation, before handing the reins over to his protege Itou.

Under Sakurai’s watch, a re-engineered version of the Prince GR8 engine, called the Nissan S20, was fitted to the four-door sedan to create the first Nissan Skyline GT-R, which was officially called 2000GT-R.

The 2.0-litre, 24-valve, dual overhead camshaft, six-cylinder motor was tuned to produce 118kW and 177Nm. The PGC10 body style was soon joined by a slightly lighter two-door version called the KPGC10 in 1970, beginning the coupe tradition of Skyline GT-Rs. 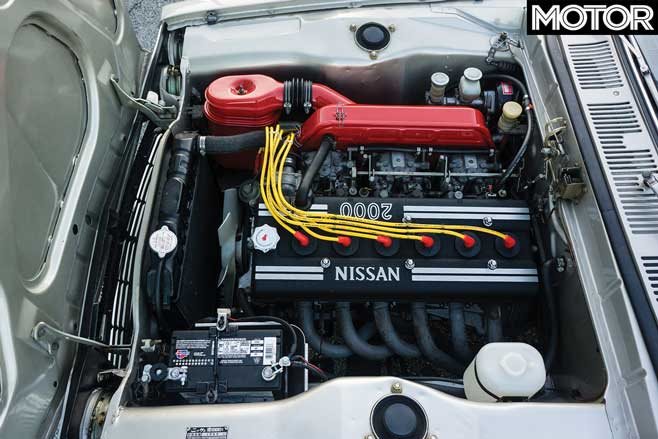 The Hakosuka also began another Skyline GT-R tradition – winning. In the three years between May 1969 and March 1972, before the Nissan works team stepped away from the sport, the PGC10 and KPGC10 Skyline GT-Rs had secured some 50 race victories. Sound familiar? In the late '80s and early '90s, R31 and R32 Skylines were dominating both here and in Japan.

Seven of those original race victories were won by one man, Motoharu Kurosawa, also known as Gan-San. He later became a test driver for hit DVD series Best Motoring in Japan and was reunited with a Hakosuka racecar for a video.

He recalls the first time he drove the KPGC10 at Fuji a day after another driver had rolled the car onto its roof, and it had been repaired with makeshift materials. Even then, Gan-San said the two-door was nearly two seconds faster than the four-door version. 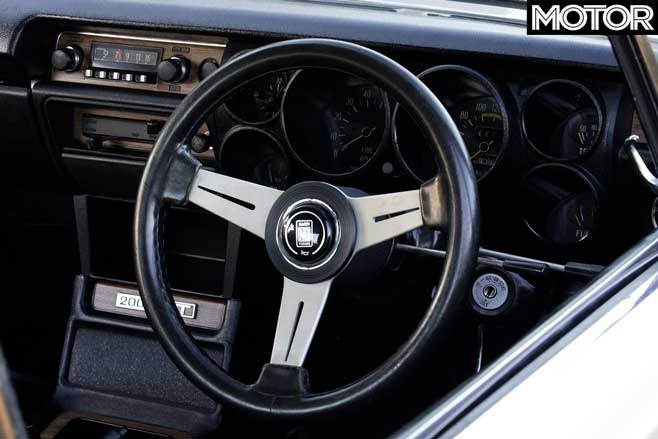 The coupe was 20kg lighter than the sedan, with a kerb weight of 1100kg, primarily due to a lack of mod-cons. Non-adjustable bucket seats and a spartan interior meant the car was able to incorporate a 100-litre fuel tank for long-distance racing while still losing weight overall.

But, despite the interior being ‘stripped’, the KPGC10 Skyline was gifted the technical prowess of a high-tech racer, even down to its then impressive independent suspension for all four wheels. It has developed a reputation as an engaging car to drive, with relatively stiff suspension, even by today’s standards, and genuinely communicative feedback through the unassisted, albeit very heavy, steering.

And the sound of the straight-six engine has been compared with Italian supercars, despite the car's humble appearance. Without a big torque figure to haul it around, revs were the answer to making a Hakosuka GT-R go fast. 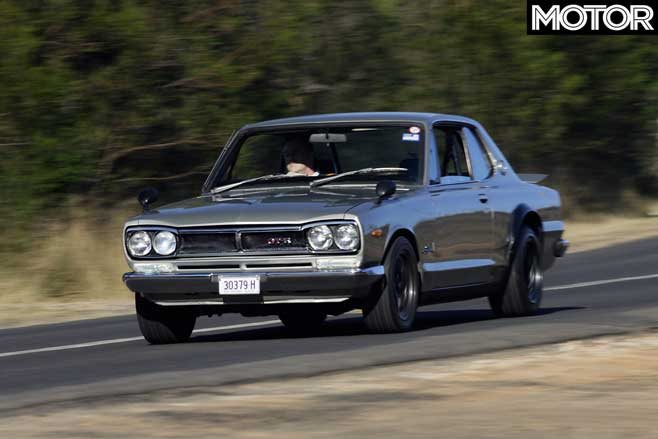 Unfortunately, the sound of an S20 hidden in the engine bay of a GT-R at full flight is rare. In fact, it’s almost non-existent outside Japan. Keeping up to date with how many original C10-generation GT-Rs are still in action is a challenge.

Fewer than 2000 were built in both PGC10 and KPGC10 guises – Nissan doesn’t list an official figure, but research suggests 1947, with 1115 being coupes and 832 sedans – and few ever left Japan. Of course, presumably a fair few were lost to the motorsport gods. 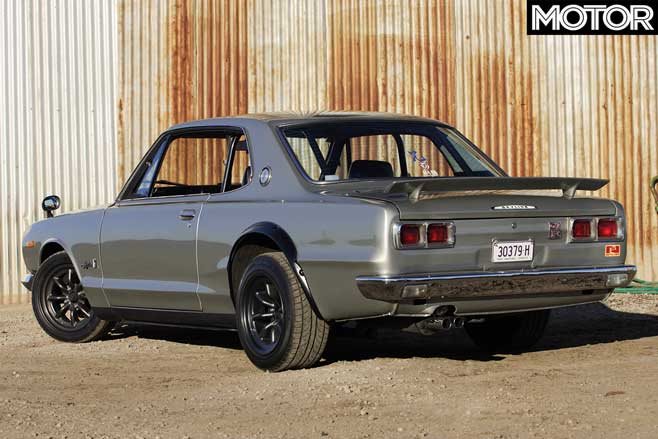 The combination of rarity and esteem has resulted in a strong culture of attempting to replicate the Box Skyline in GT-R form, usually using a lower-specification C10. Often, that means Hakosuka GT-R replicas are powered by less powerful L-Series engines from either 2000GT or GT-X-spec cars. The L20 engine in the 2000GT-X, for example, was a 2.0-litre straight-six with twin SU carburettors that produced 96kW and 172Nm, while the car itself was a heavier 1115kg.

The nature of replicating a car you can’t actually find easily means there are plenty of mismatched engine/body combinations – renown Japanese workshop Rocky Auto even built one powered by a Toyota 1UZ V8 – but it’s those relative few genuine GT-Rs that draw the most admiration, and money, from fans of classic Japanese cars.

Not only did the Hakosuka lay the foundation for the rest of the GT-R story – of which there’s plenty more in the pages of this magazine – but it also gave the world a glimpse into what a Japanese manufacturer was capable of well before Japan's performance car renaissance of the 1990s. 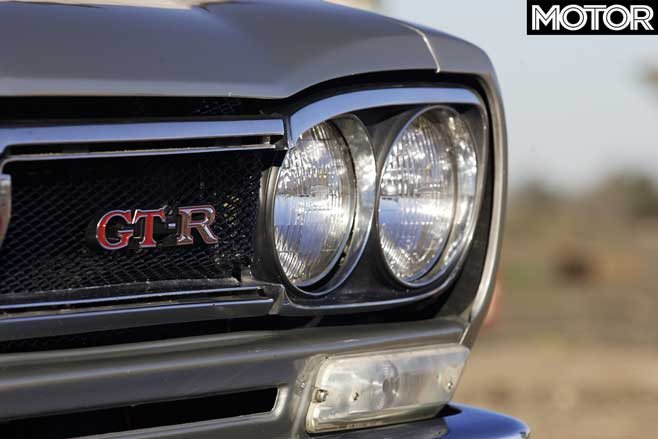 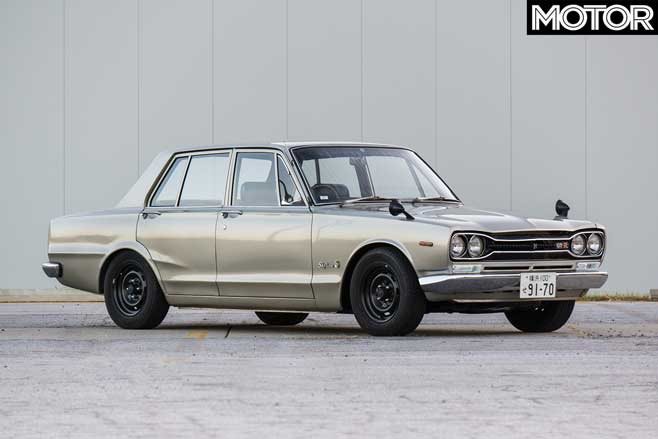 Original Hakosuka GT-Rs are so rare that finding one in Australia is almost impossible. We're told by clubs that only one genuine car resides in this country.

The two-door car pictured in the main feature is a replica, fitted with a different Nissan straight-six engine. Real versions (above) sometimes go up for auction in the US, two recent ones fetching USD$88,000 and USD$242,000 at RM Sotheby's. The former was for a four-door model, while the latter was for a highly prized two-door. 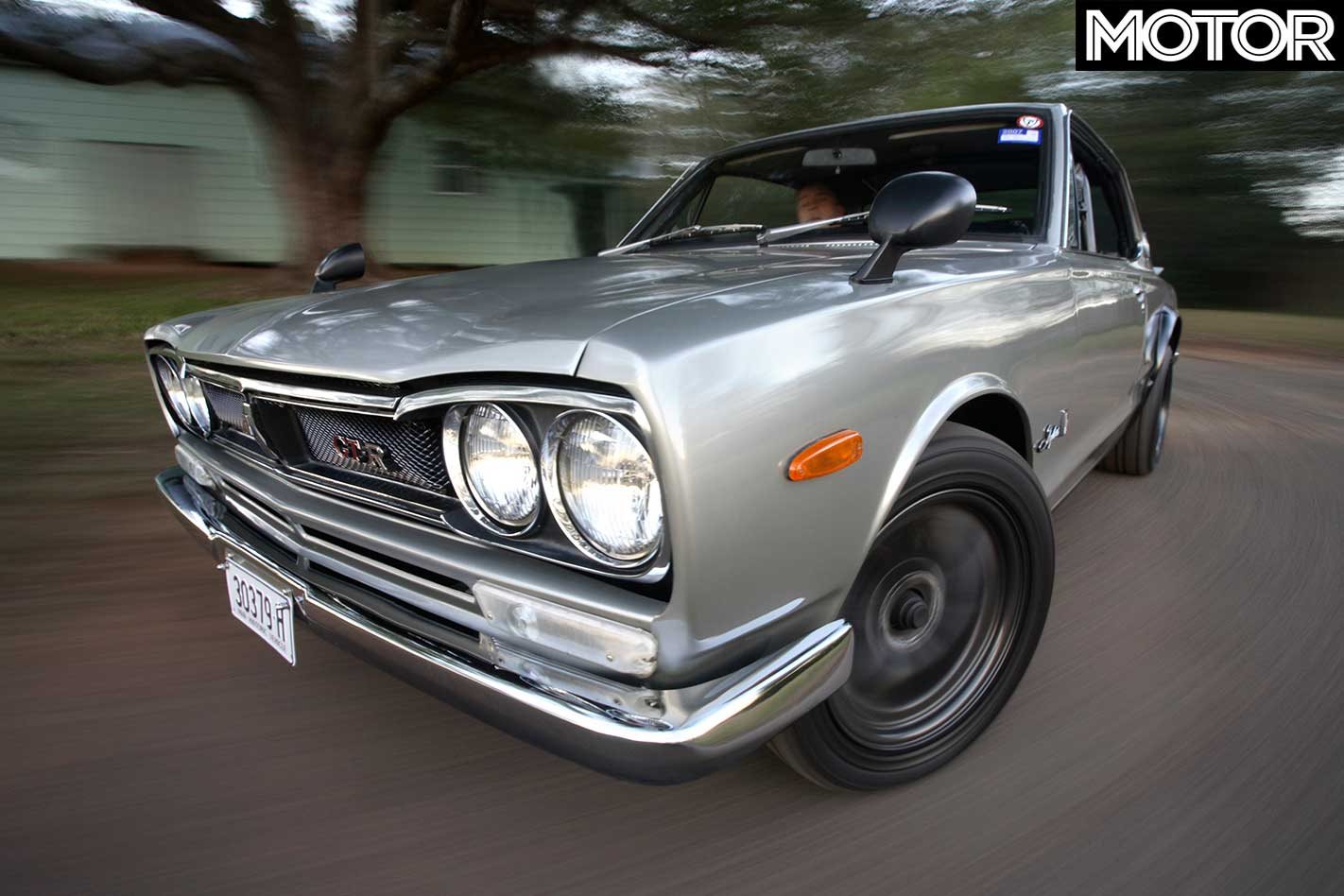 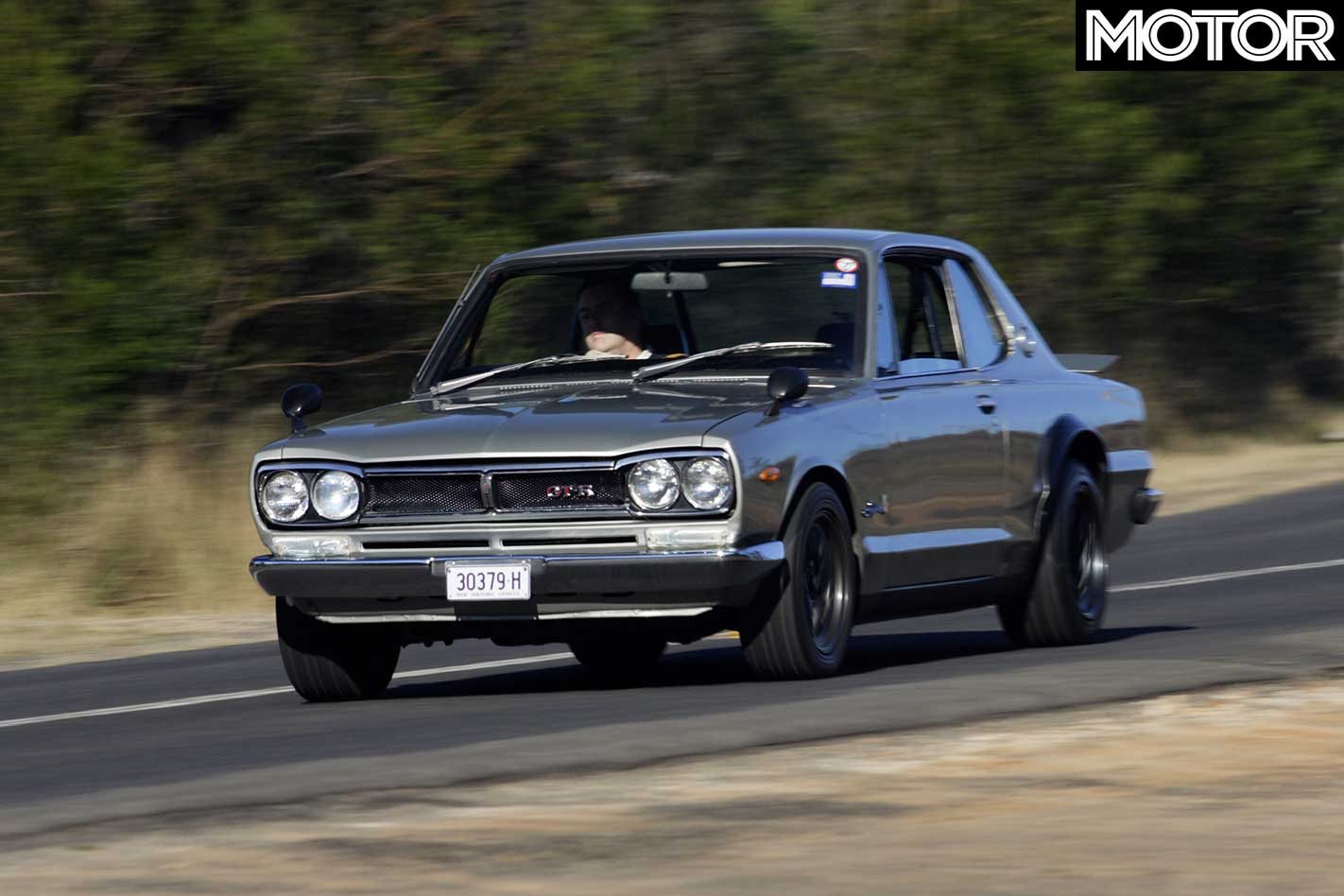 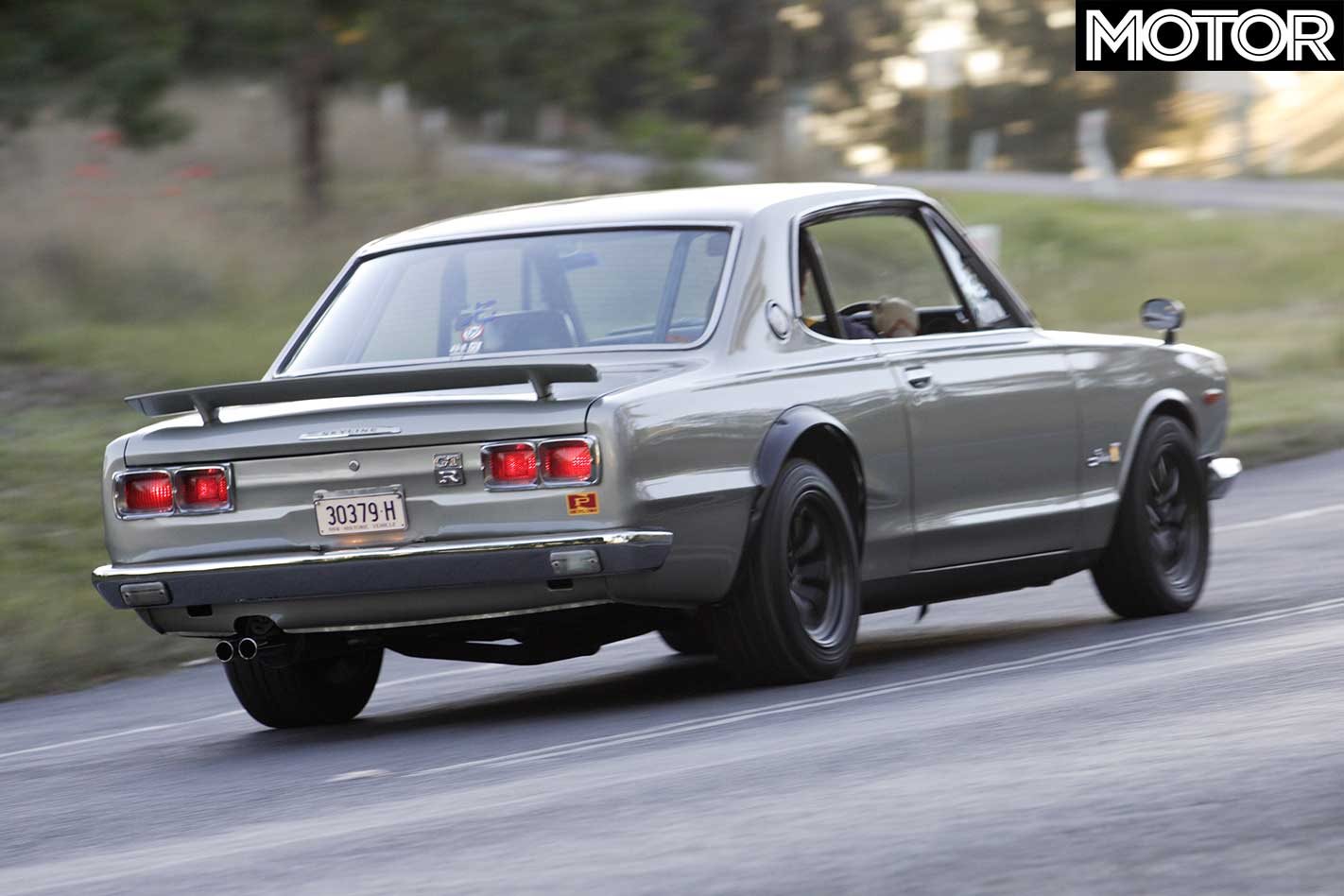 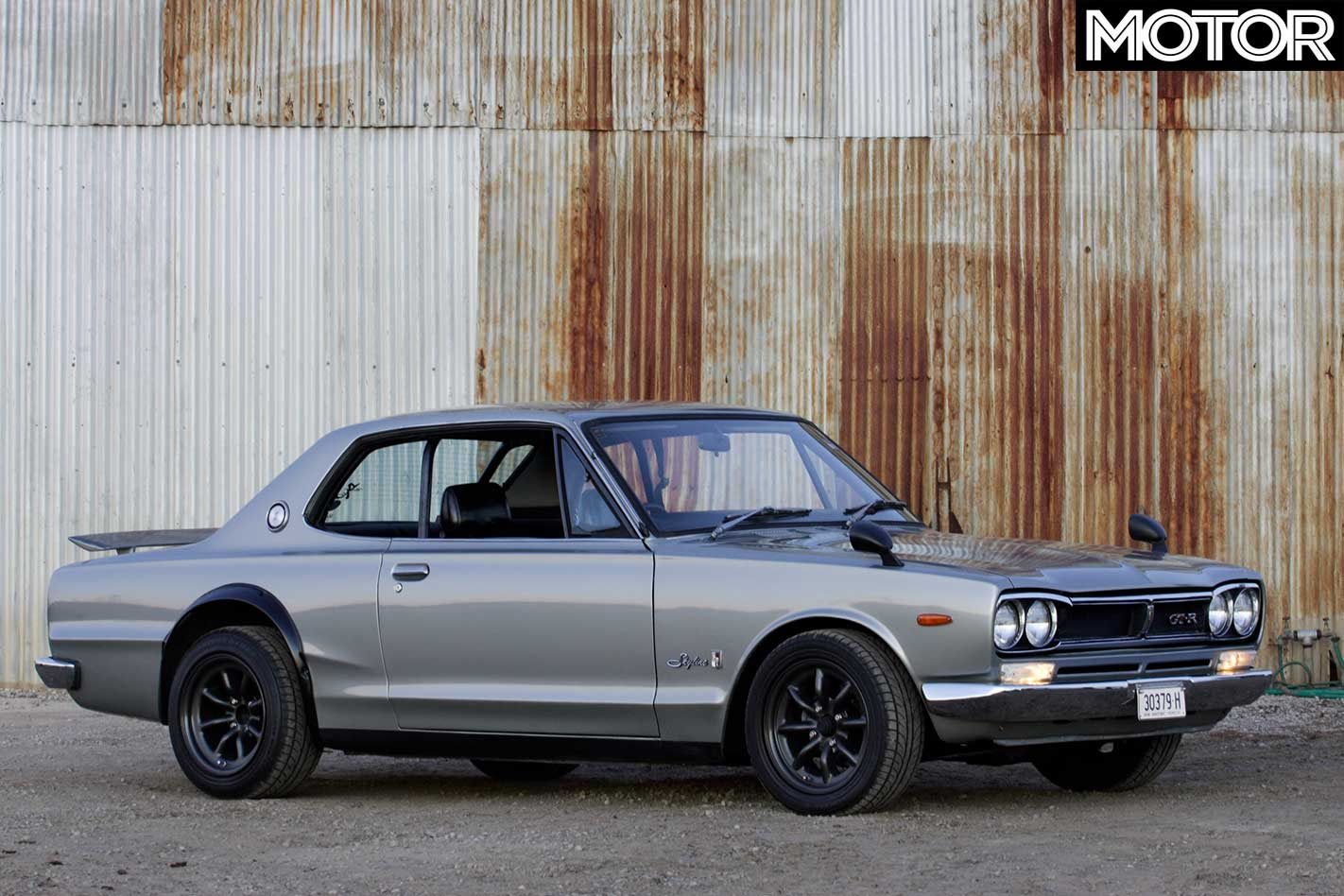 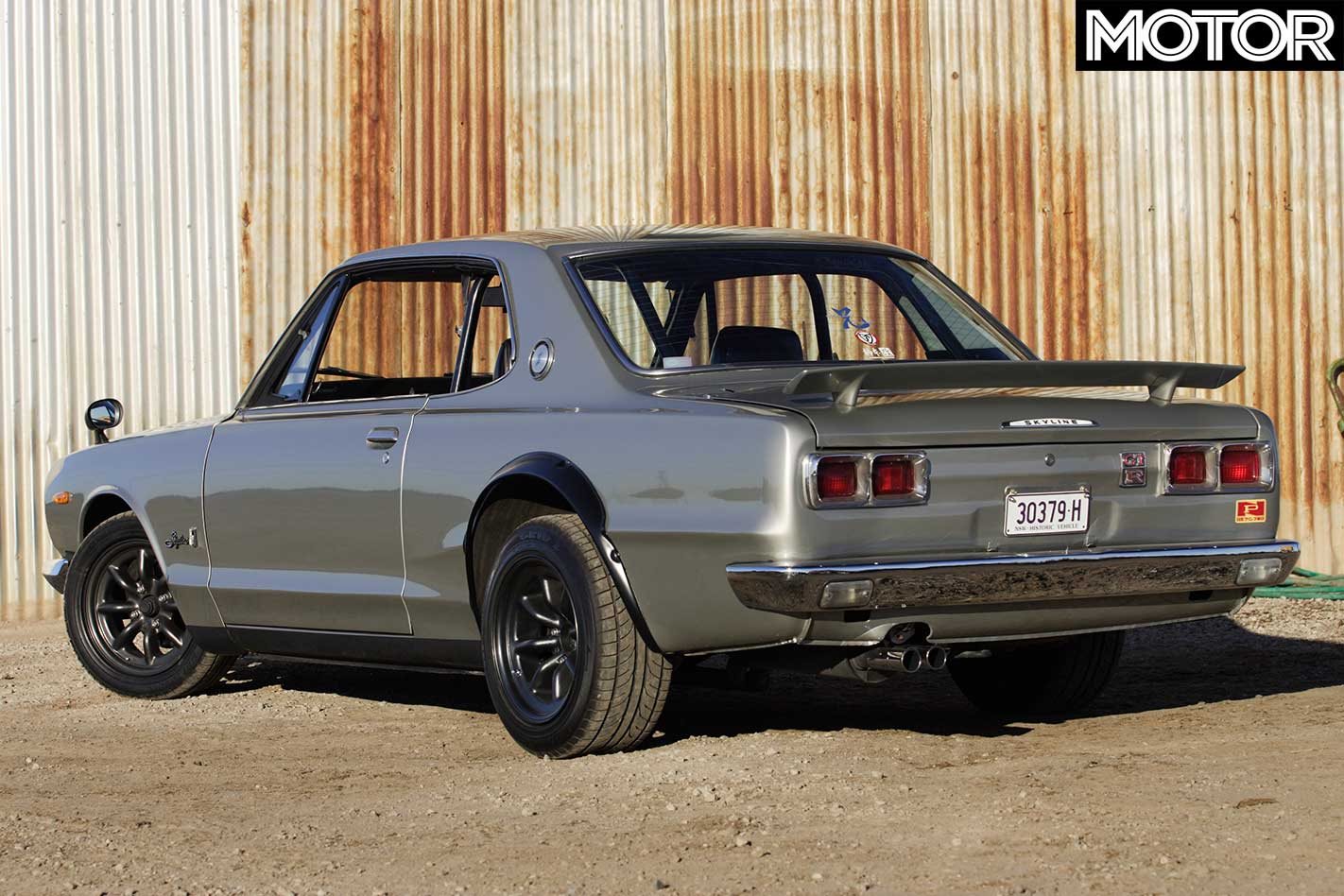 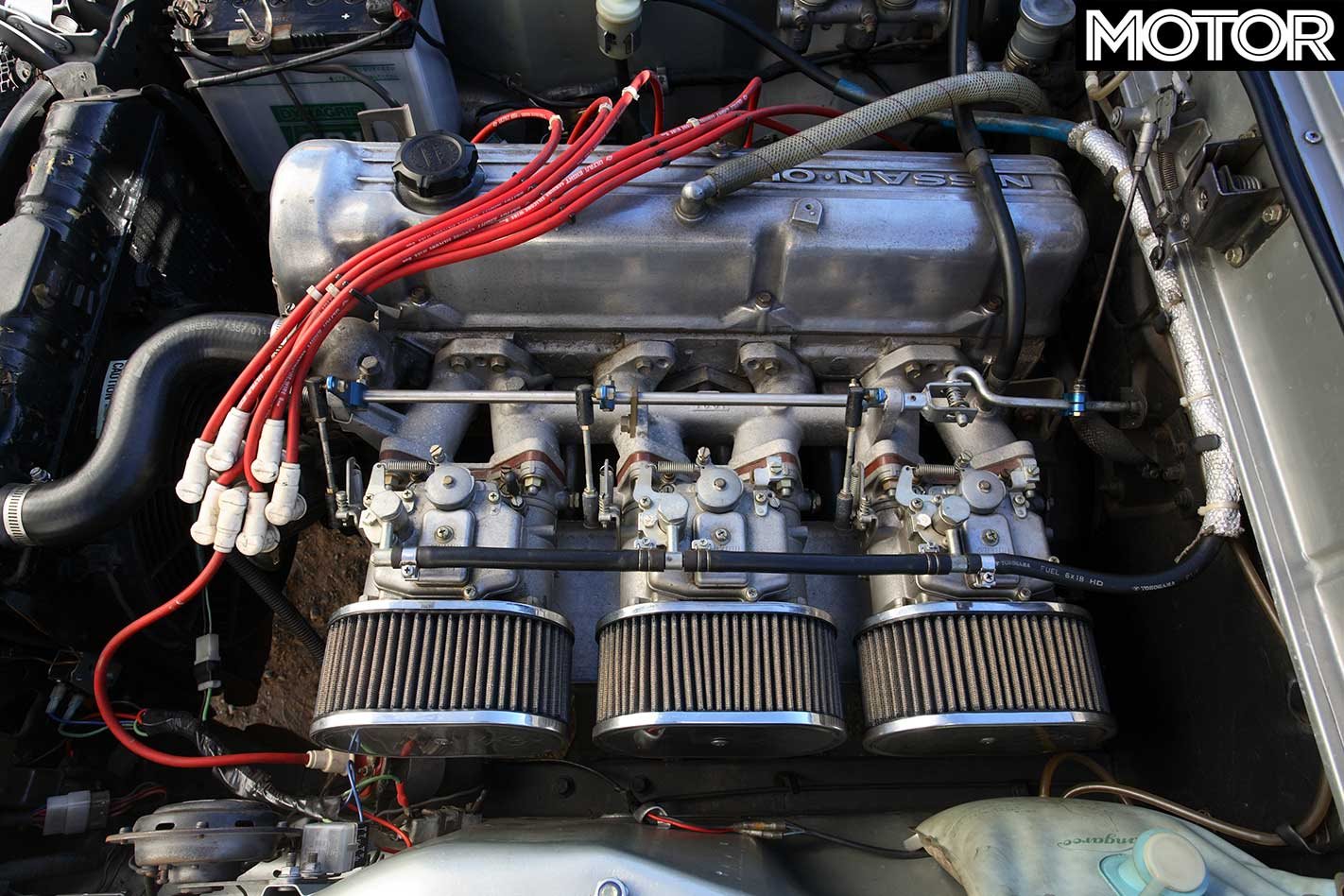 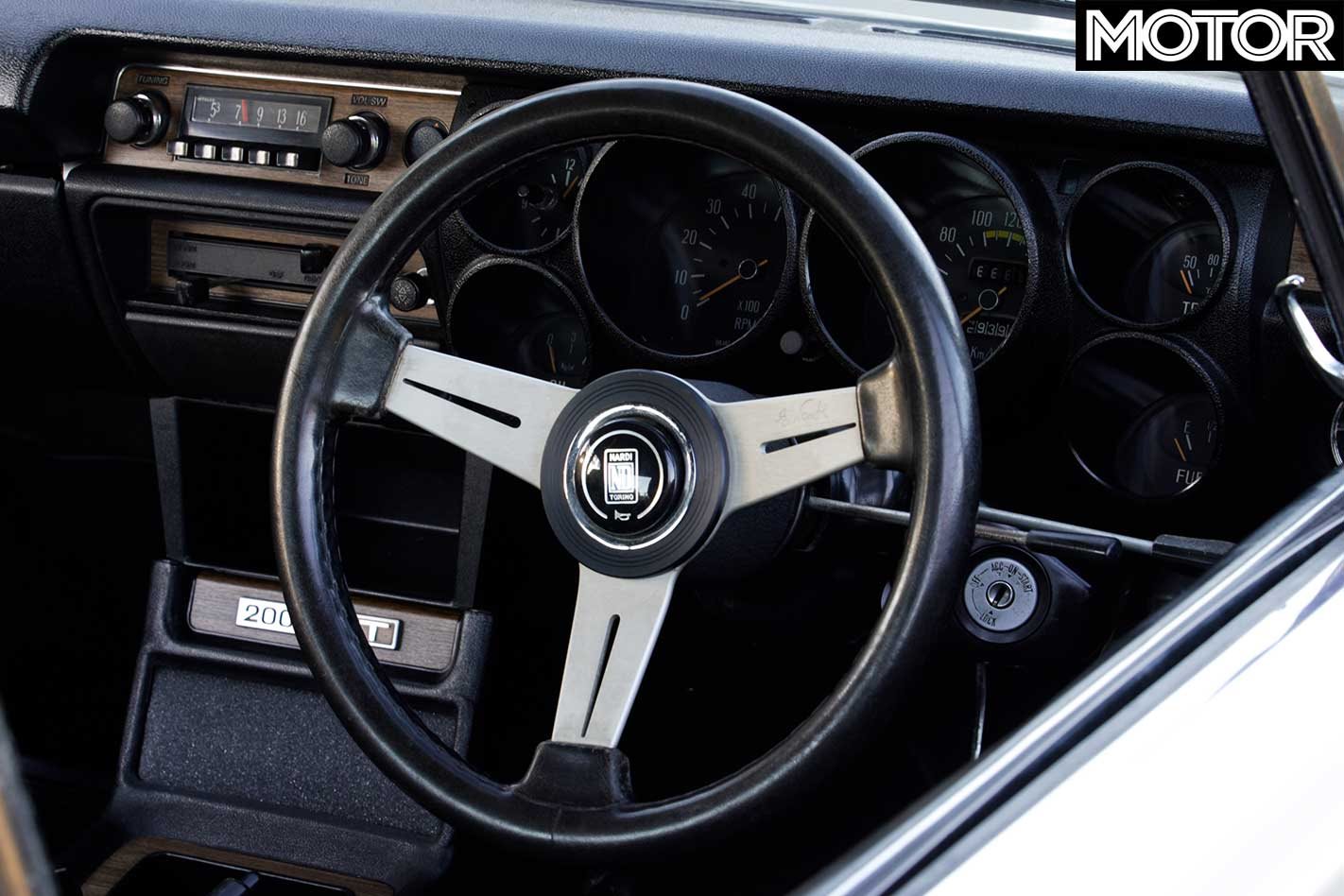 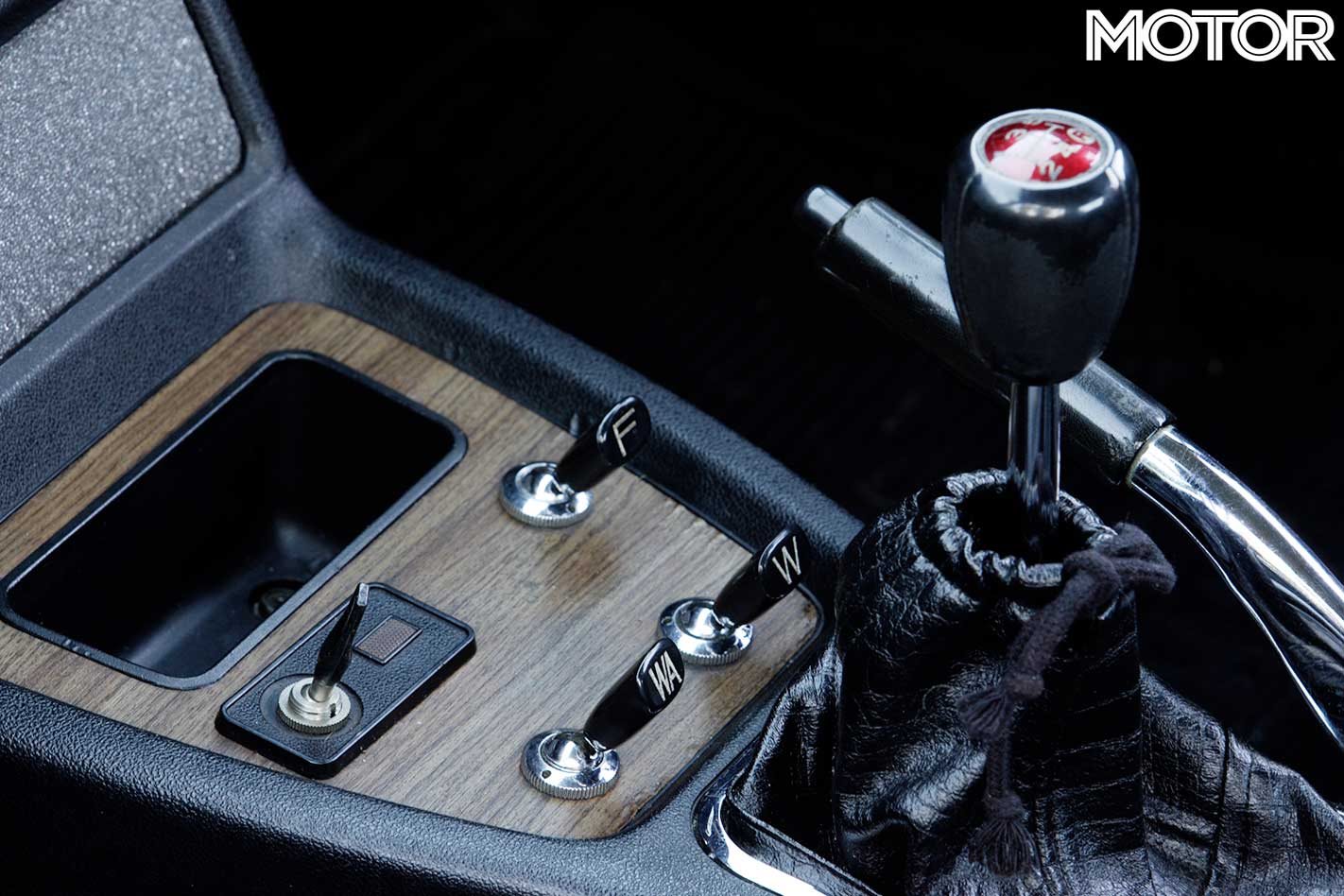 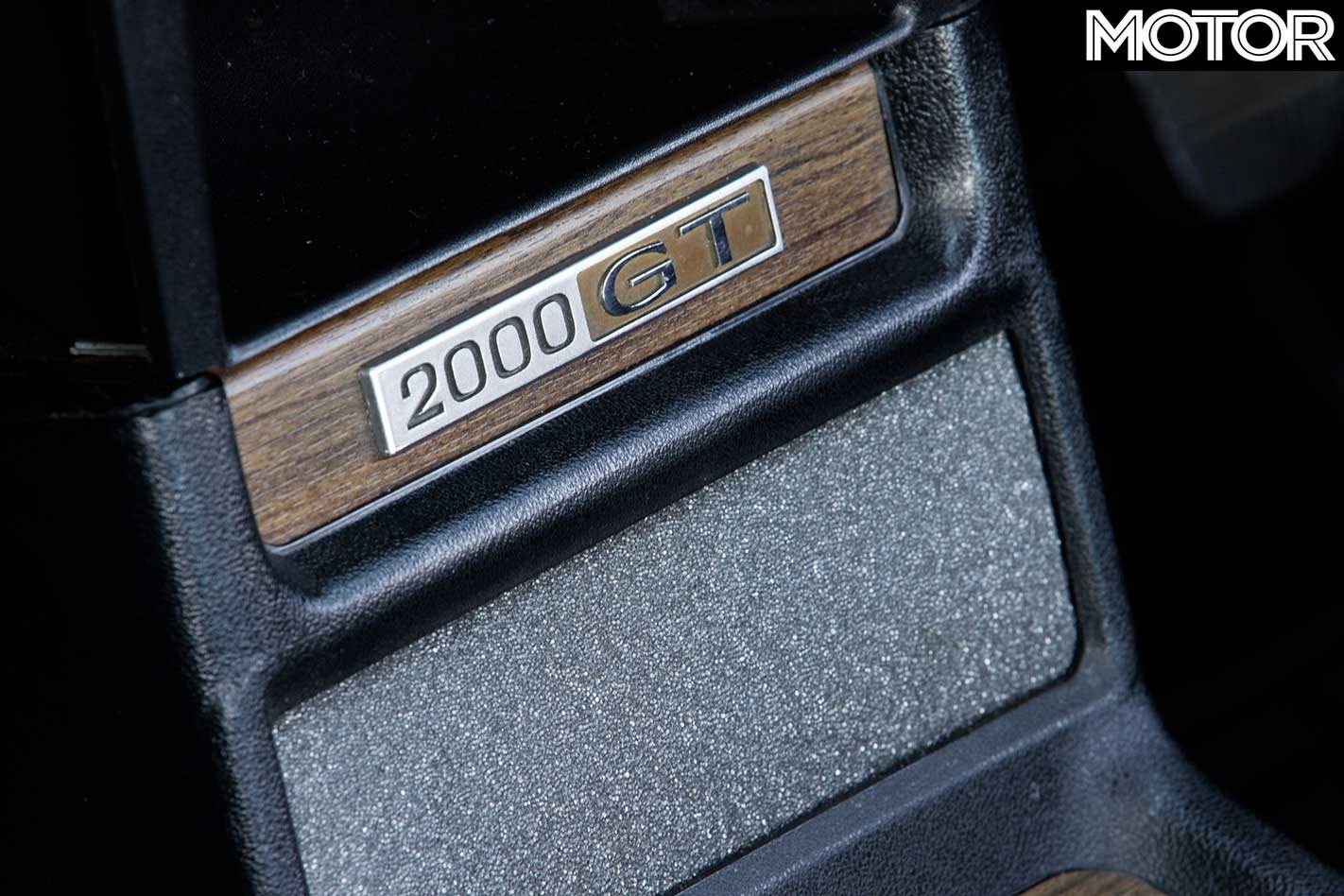 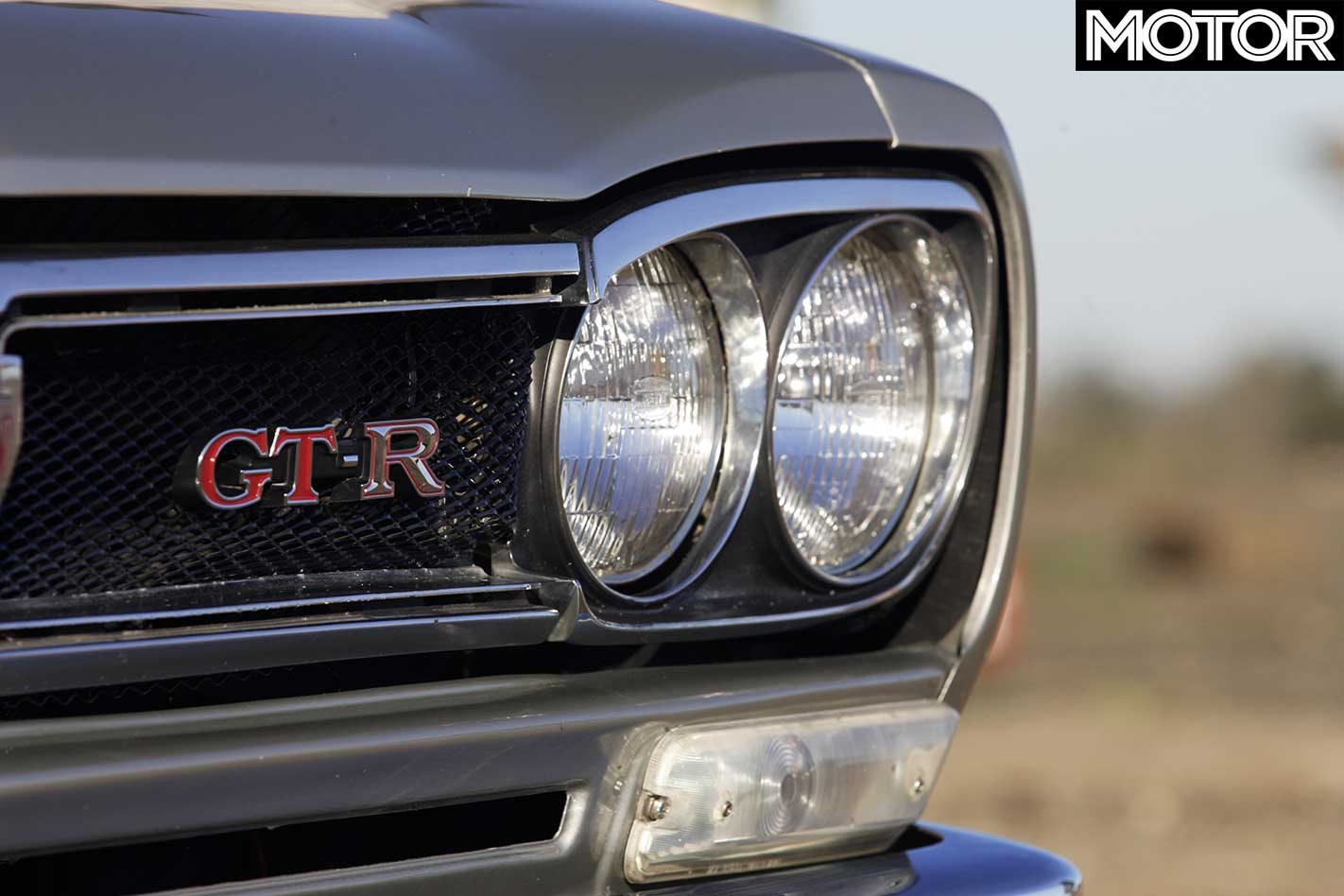 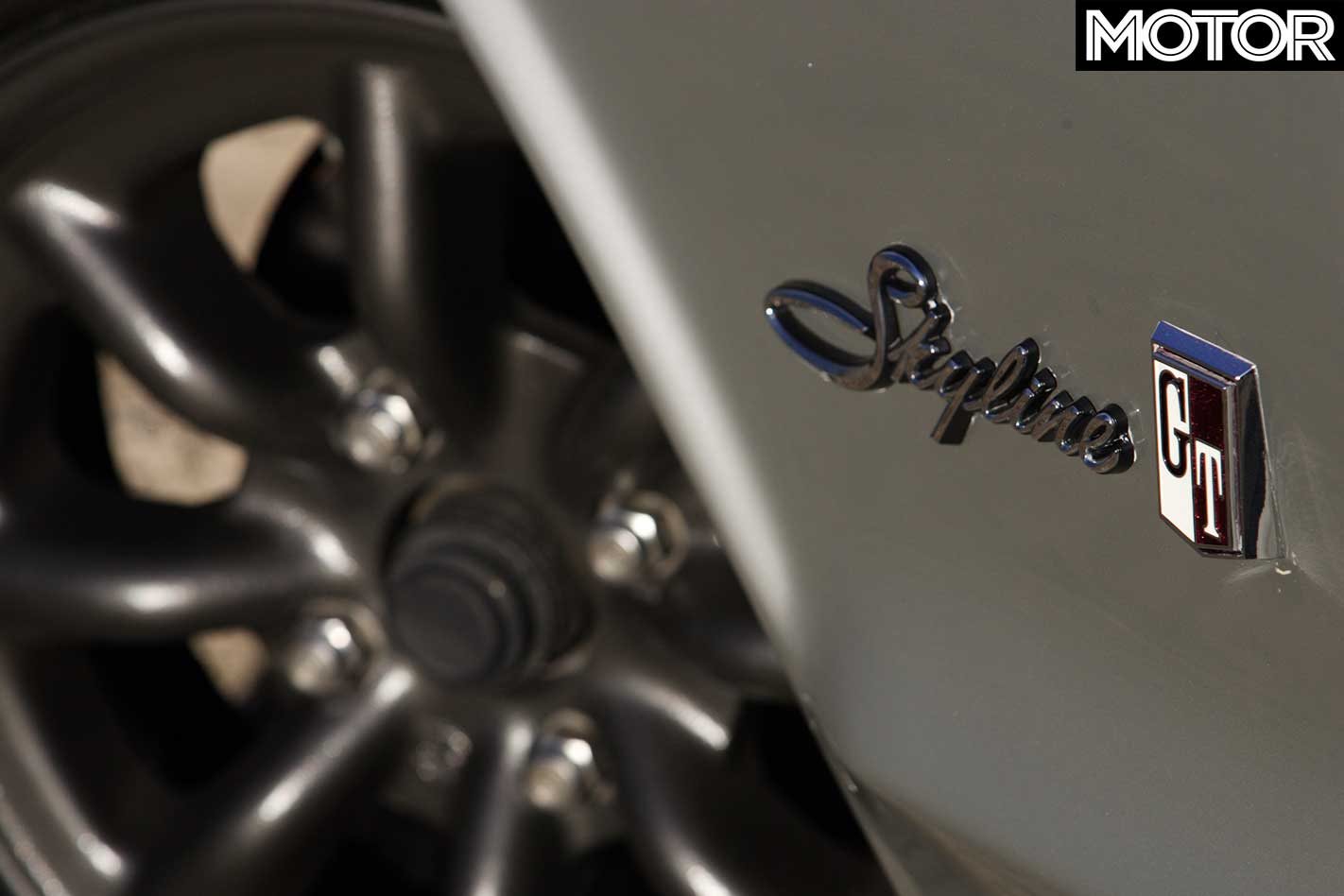 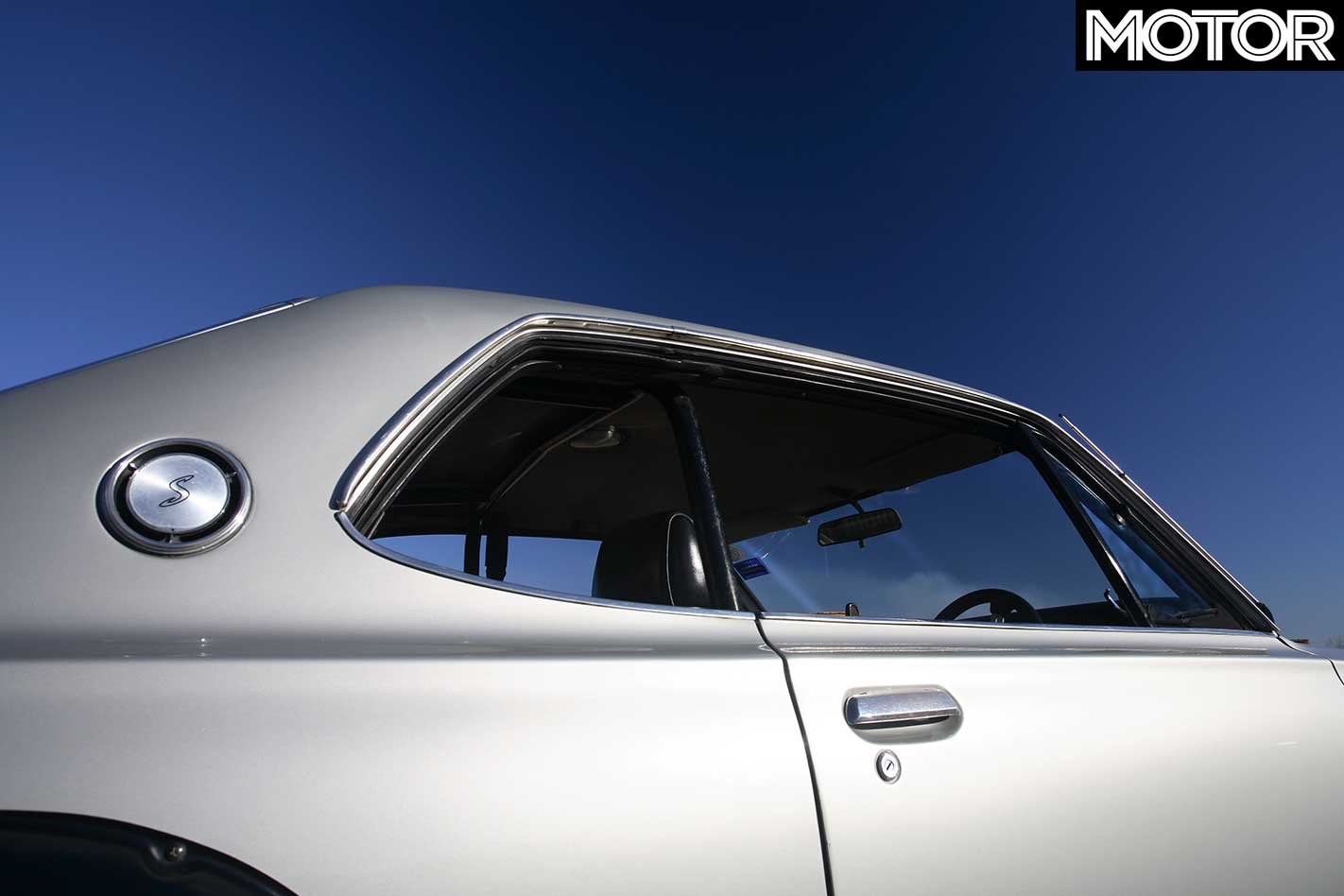 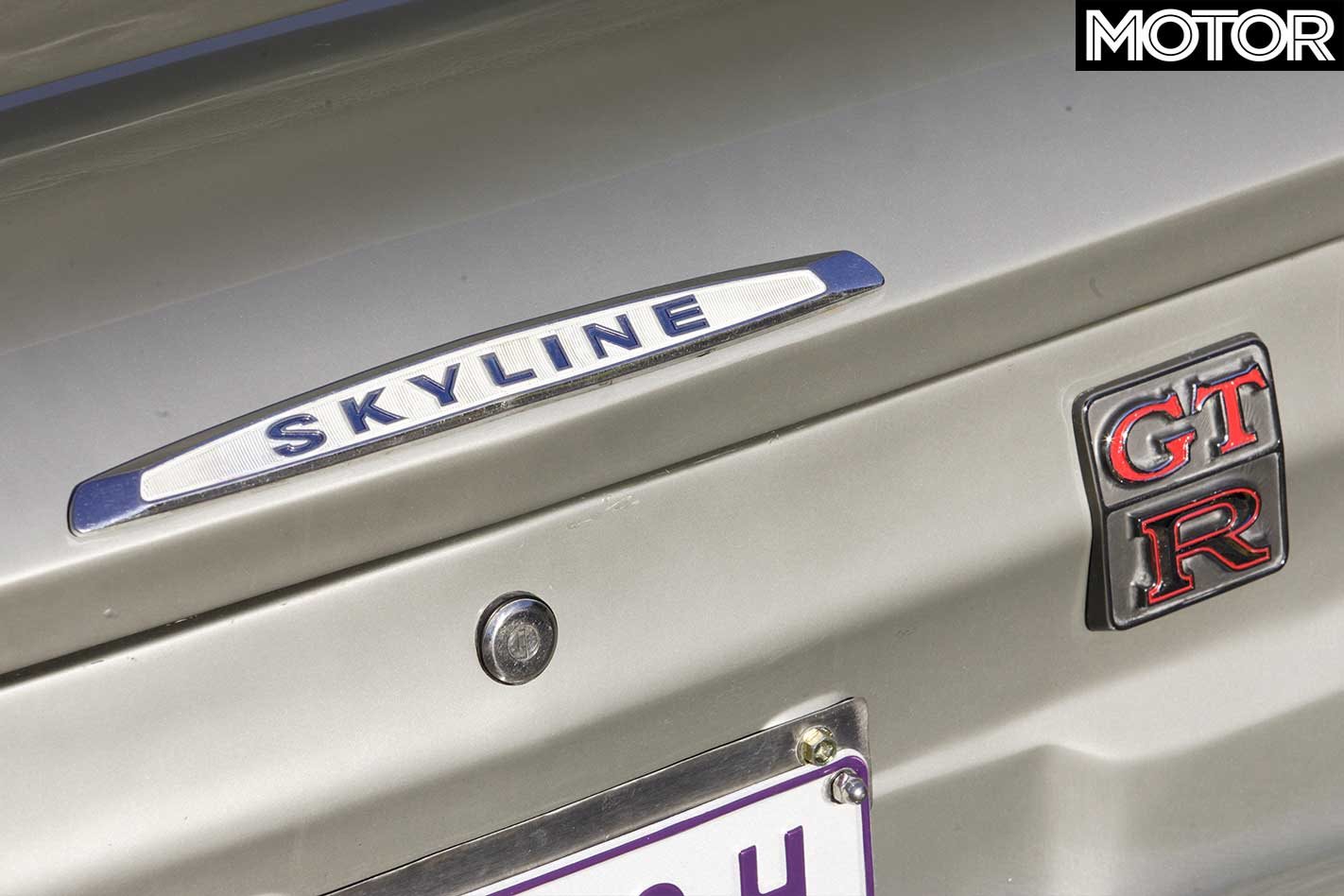 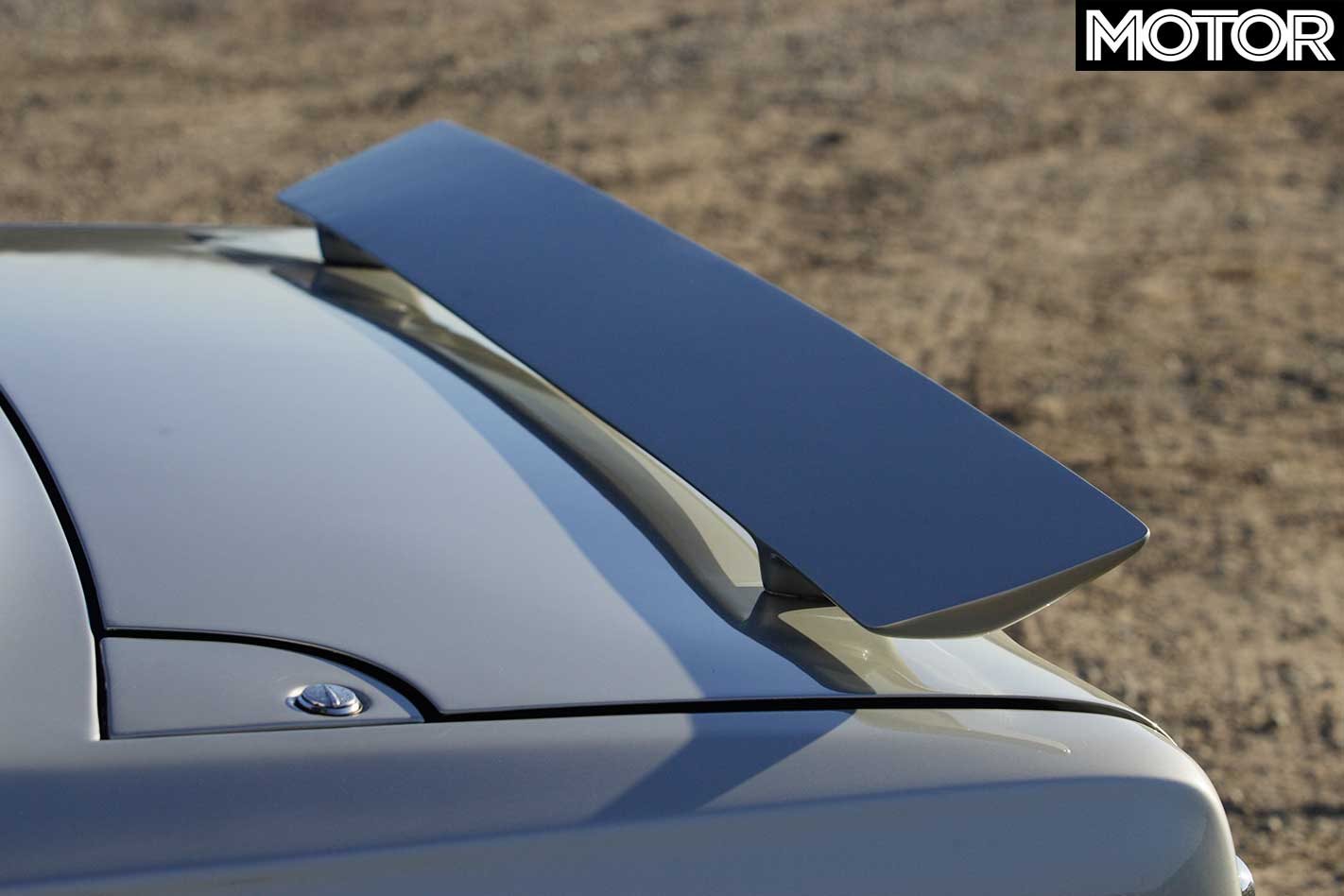