MISSED out on one of the 50 BMW M5 road rockets allocated to Australia earlier this year? You now have a second chance, with an even feistier version dubbed the Competition arriving later this year. 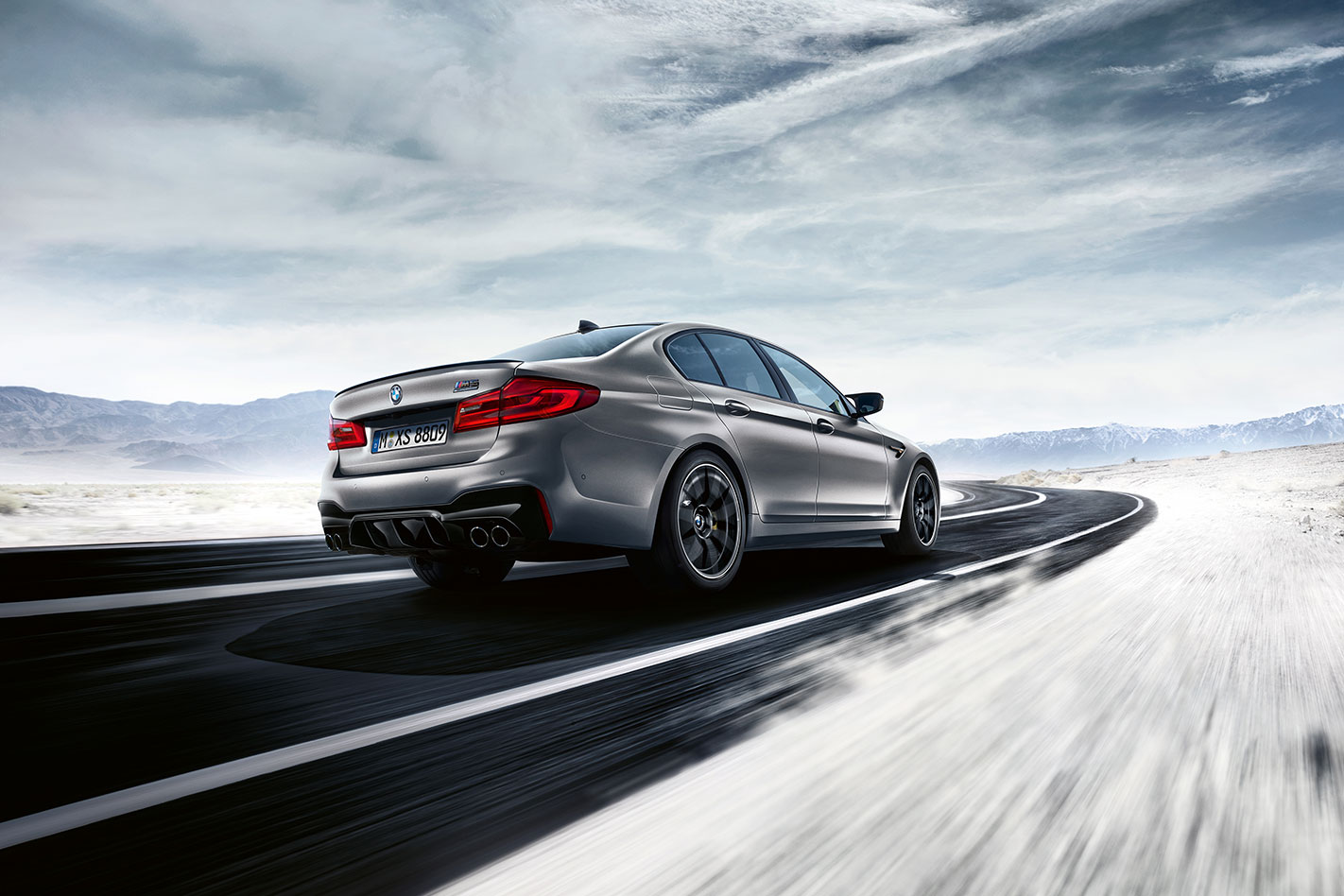 Priced from $229,000 before on-road costs, the M5 Competition joins its smaller M2, M3 and M4 siblings that also gain the Competition treatment, but the latest instalment packs the biggest punch yet in BMW’s road car ranks.

With a mammoth 460kW whipped from the M5’s 4.4-litre twin-turbo V8, the Competition gains 19kW over the standard M5 and usurps the 448kW, 6.6-litre twin-turbo V12-engined M760Li as the company’s most powerful model to date. 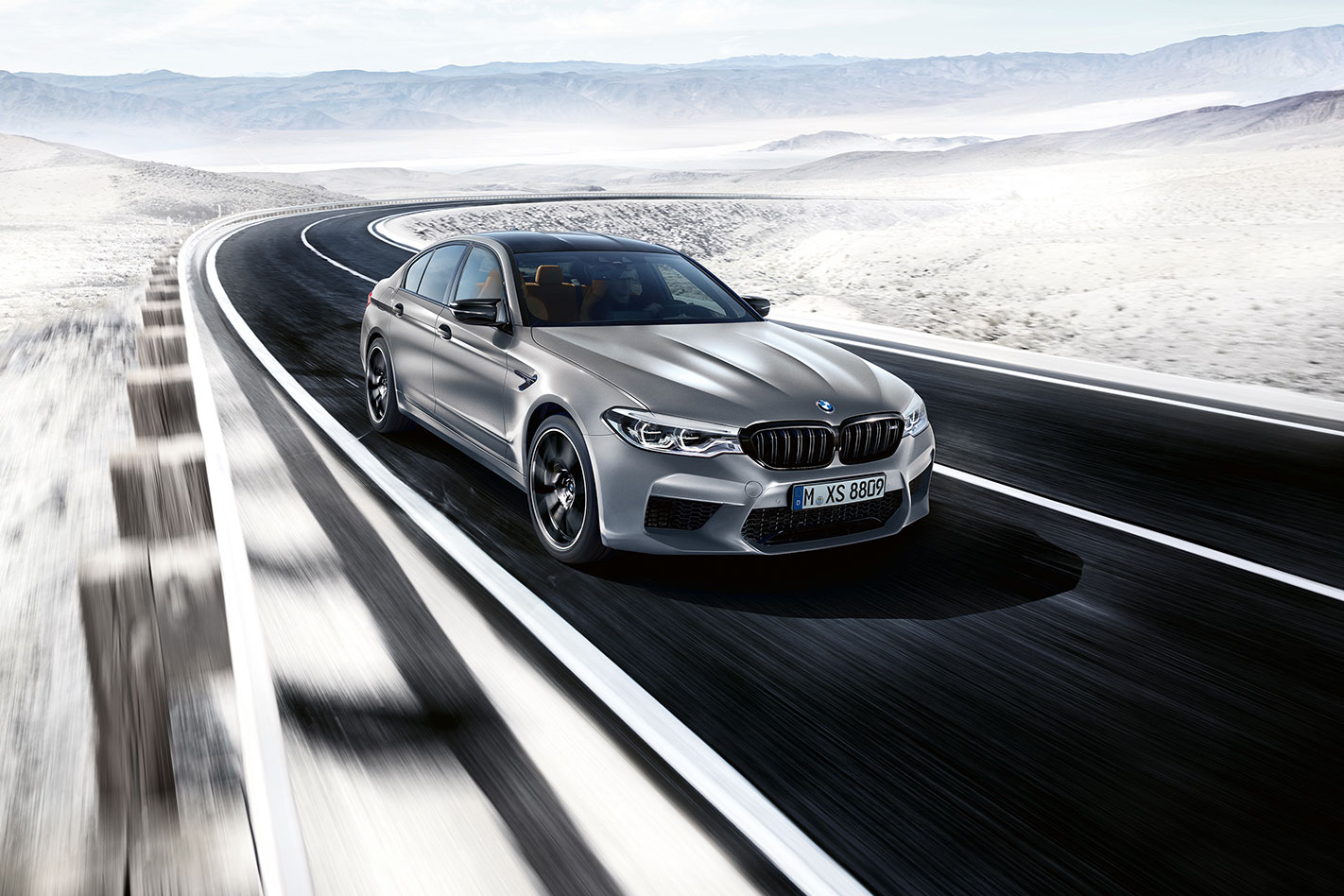 With its extra firepower pumped through all four wheels, the M5 Competition shaves a tenth from the 0-100km/h dash, completing the benchmark in just 3.3 seconds. More significantly, it trims 0.3sec from the 0-200km/h blast with that now done in 10.8sec.

The M5's arch rival, the Mercedes-AMG  E63 S, will officially do the 0-100km/h run in 3.4 seconds although, when Wheels tested its performance last year, we managed to match the M5 Competition’s 3.3sec claimed figure. 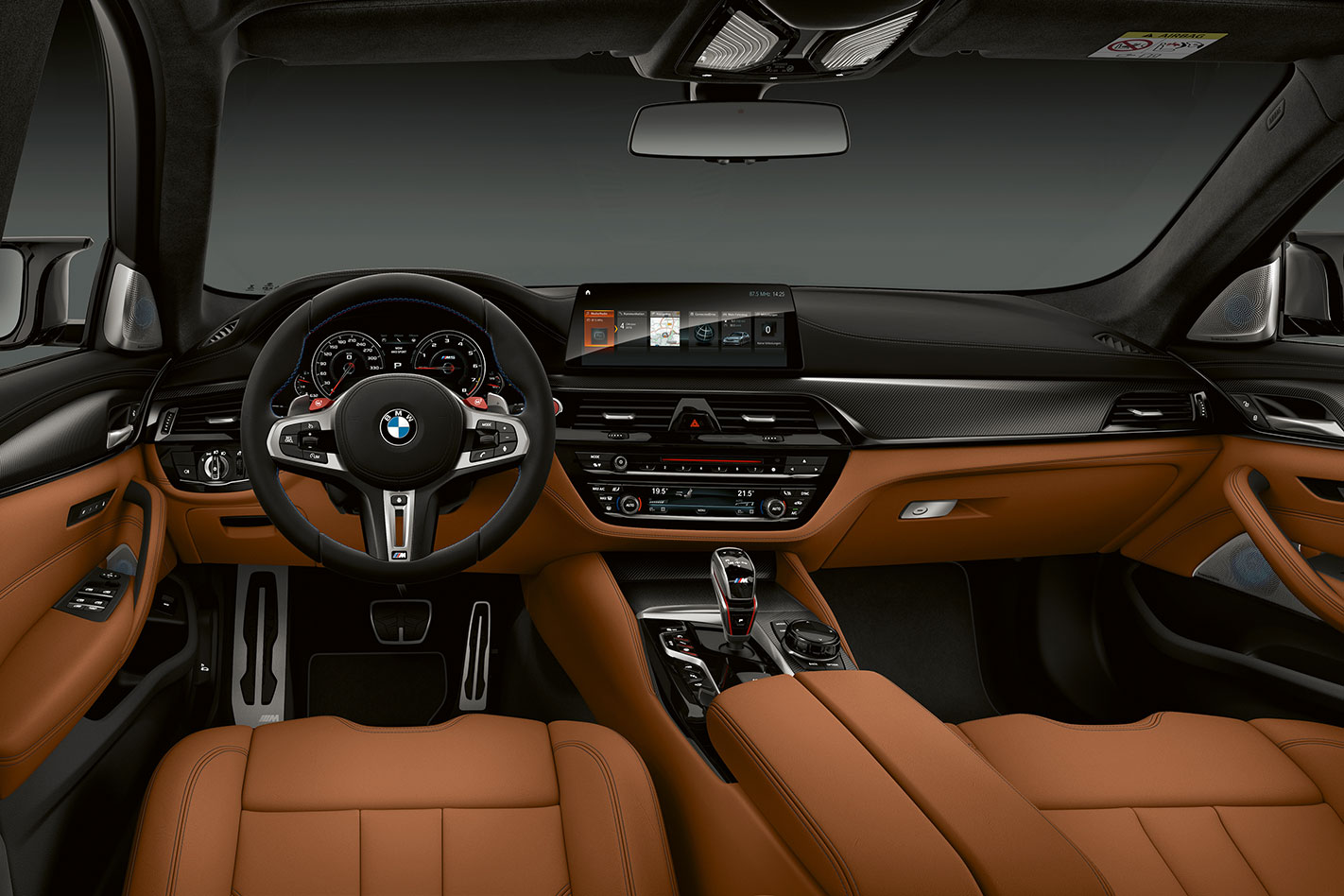 The suspension was modified to channel the extra power and performance, especially when on the track, BMW said, with the Competition version of the sedan sitting 7mm lower and on 10 percent stiffer springs. There is more front axle camber, and rear suspension toe links that are connected with more rigid ball joints in place of standard rubber versions.

Anti-roll bars also have new mountings while the rear bar is stiffer to counter bodyroll in high-speed cornering.

Brakes are upgraded to what BMW refers to as lighter M compound with six-piston calipers on the front end and single-piston versions at the back. The uprated brakes are housed in unique 20-inch Competition wheels with a skeletal "Y-spoke" design in forged alloy for reduced unsprung weight. 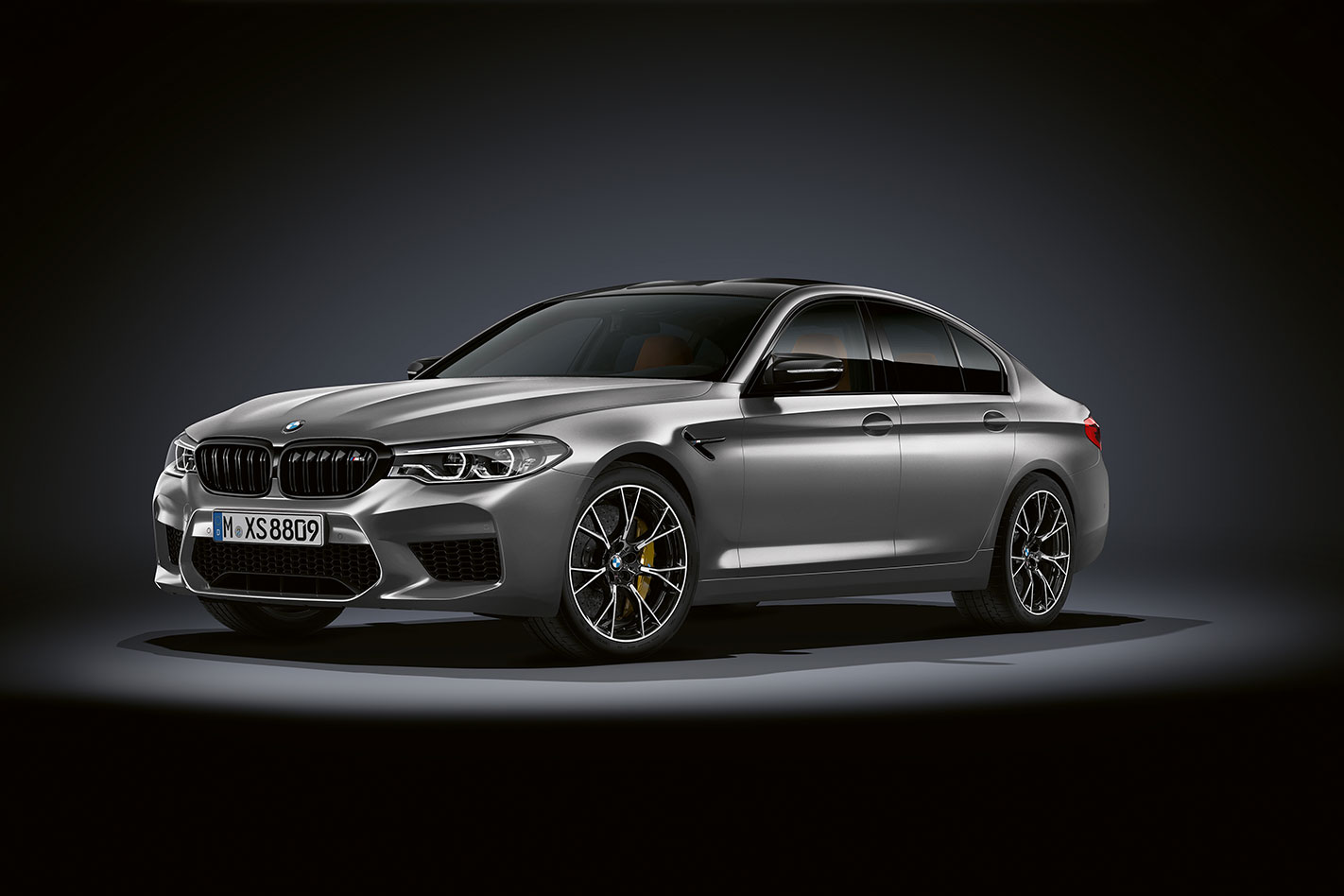 The exterior is further enhanced with black tips added to the M Sport exhaust, which can be flicked through different M Sound Control modes according to how much noise the driver wants the turbo V8 to report. 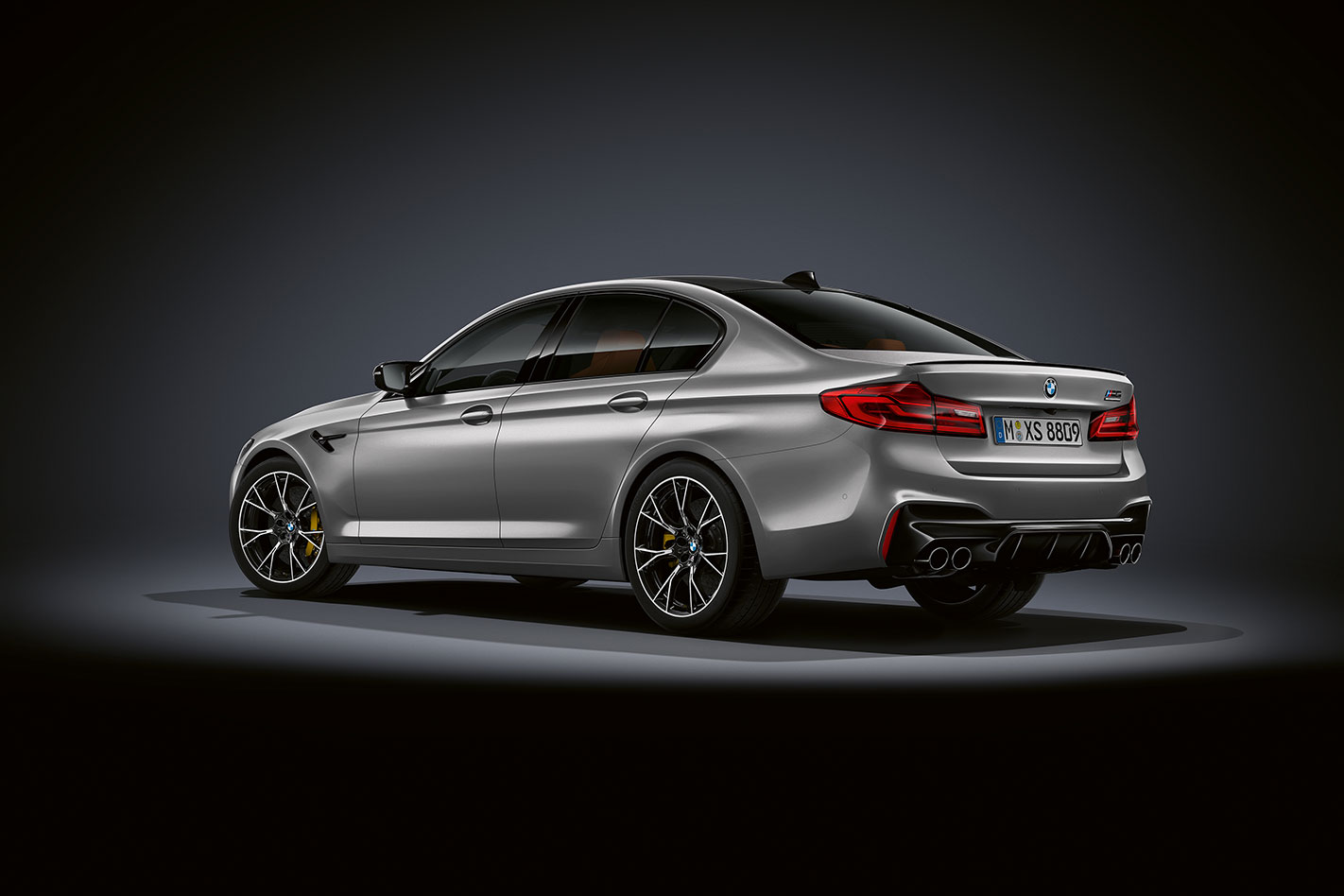 In the Competition cabin, the seatbelts get the classic M colours woven into the standard black fabric, carbonfibre with aluminium weave trims are applied throughout the cabin and full leather Merino Aragon upholstery abounds.

As for the eight-speed automatic transmission coupled to xDrive all-paw transmission, its business as usual with various driving modes that enable increasingly taily behaviour when the track allows, including a manic mode that disengages the front axle completely for more typical M5 tomfoolery. 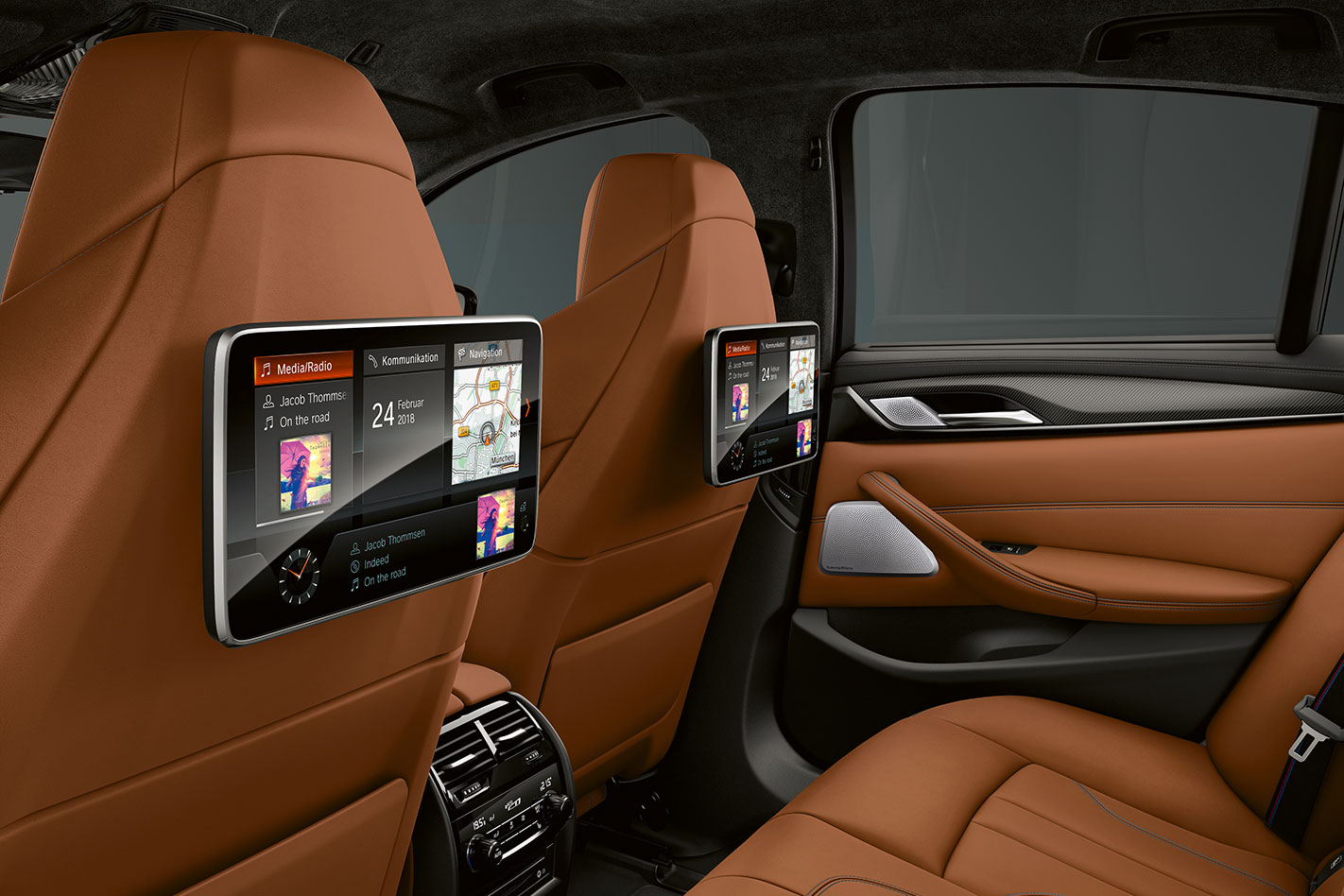 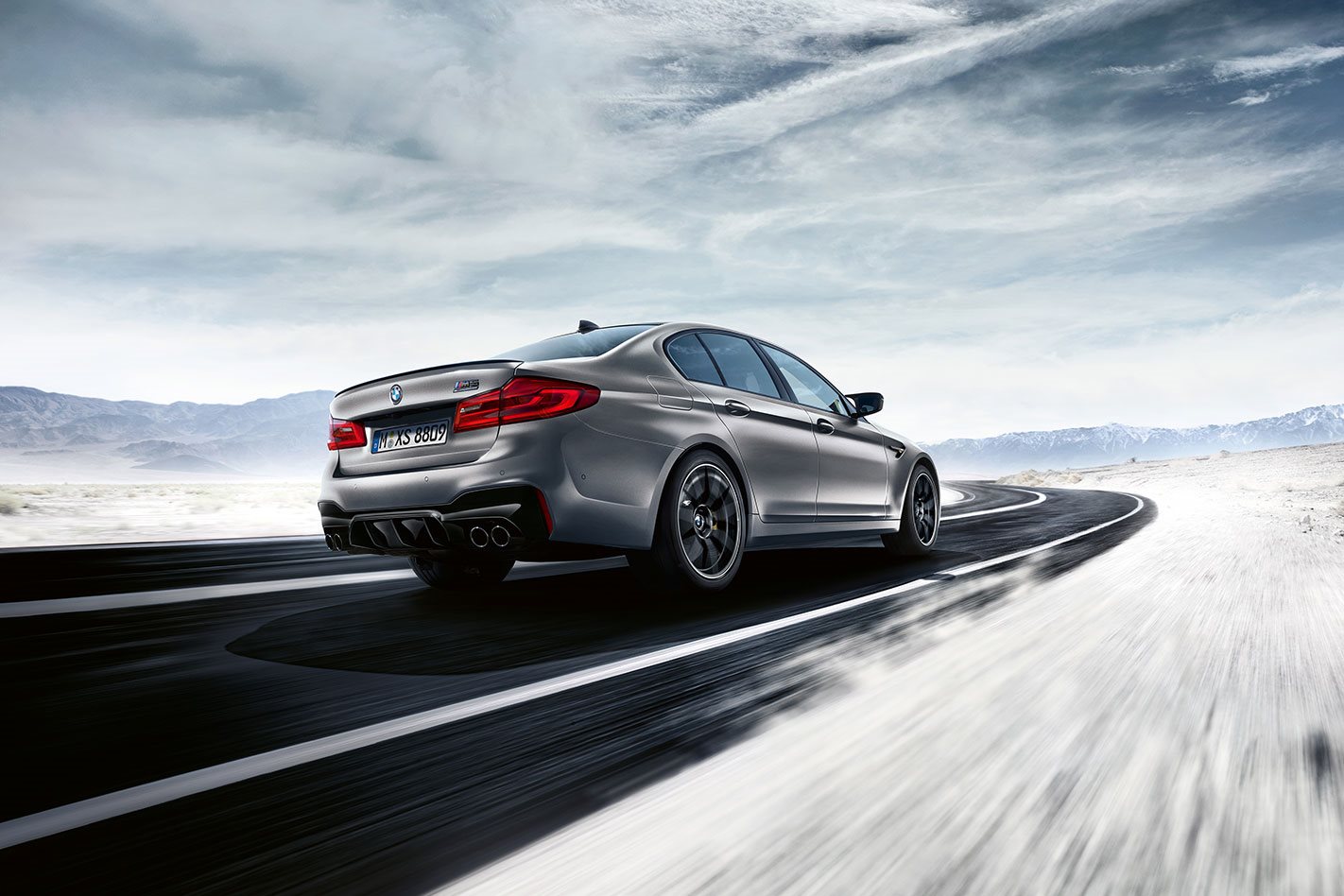 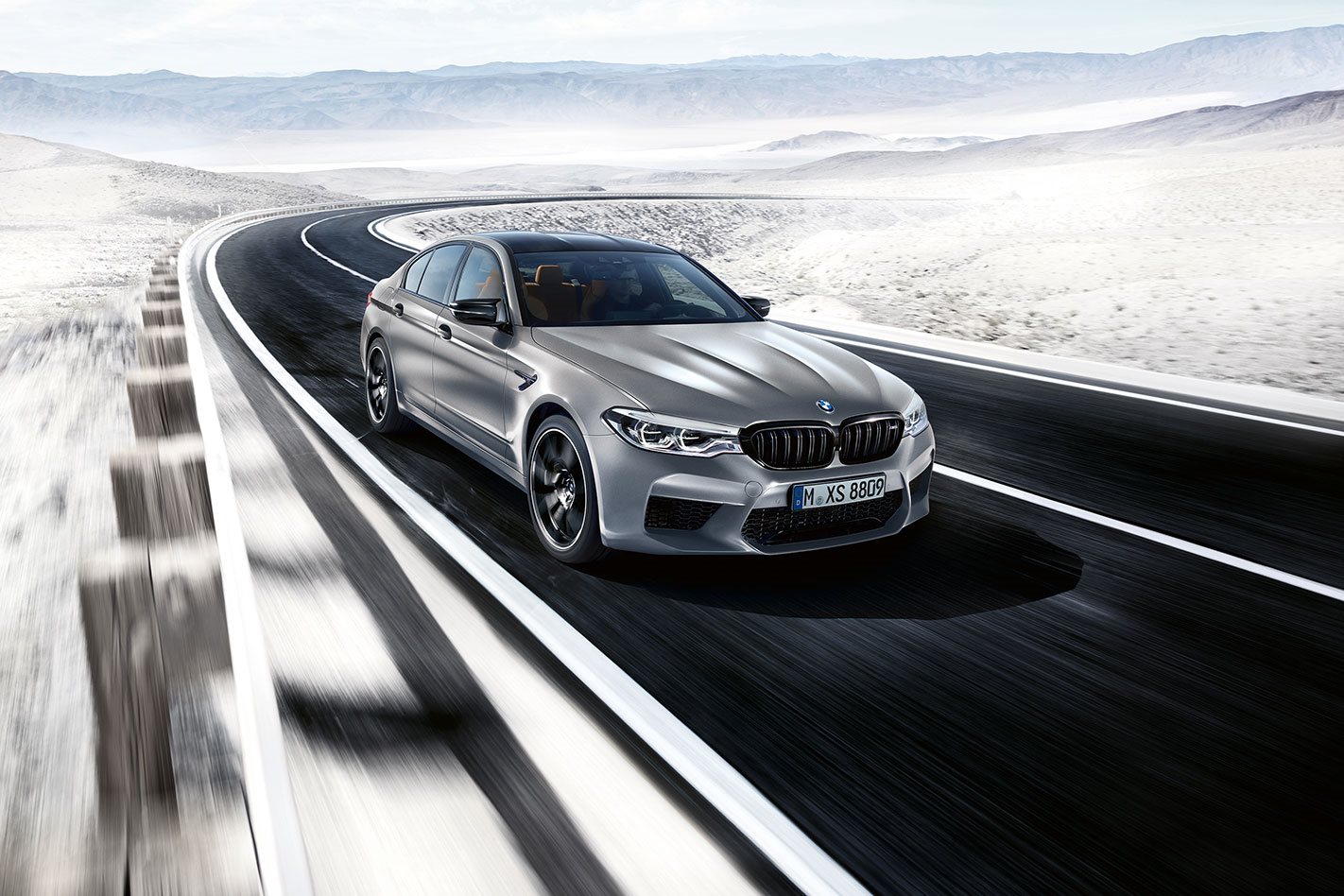 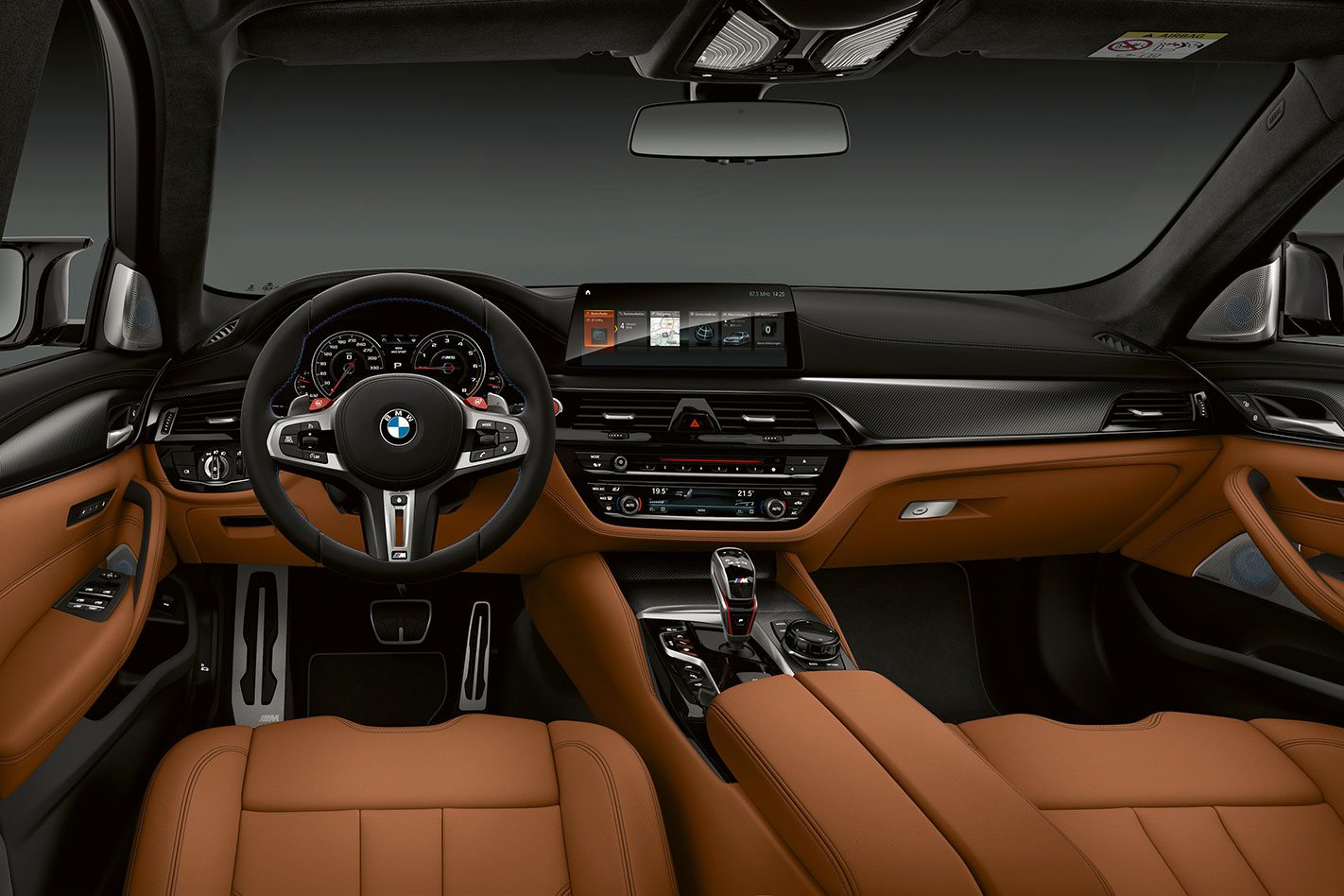 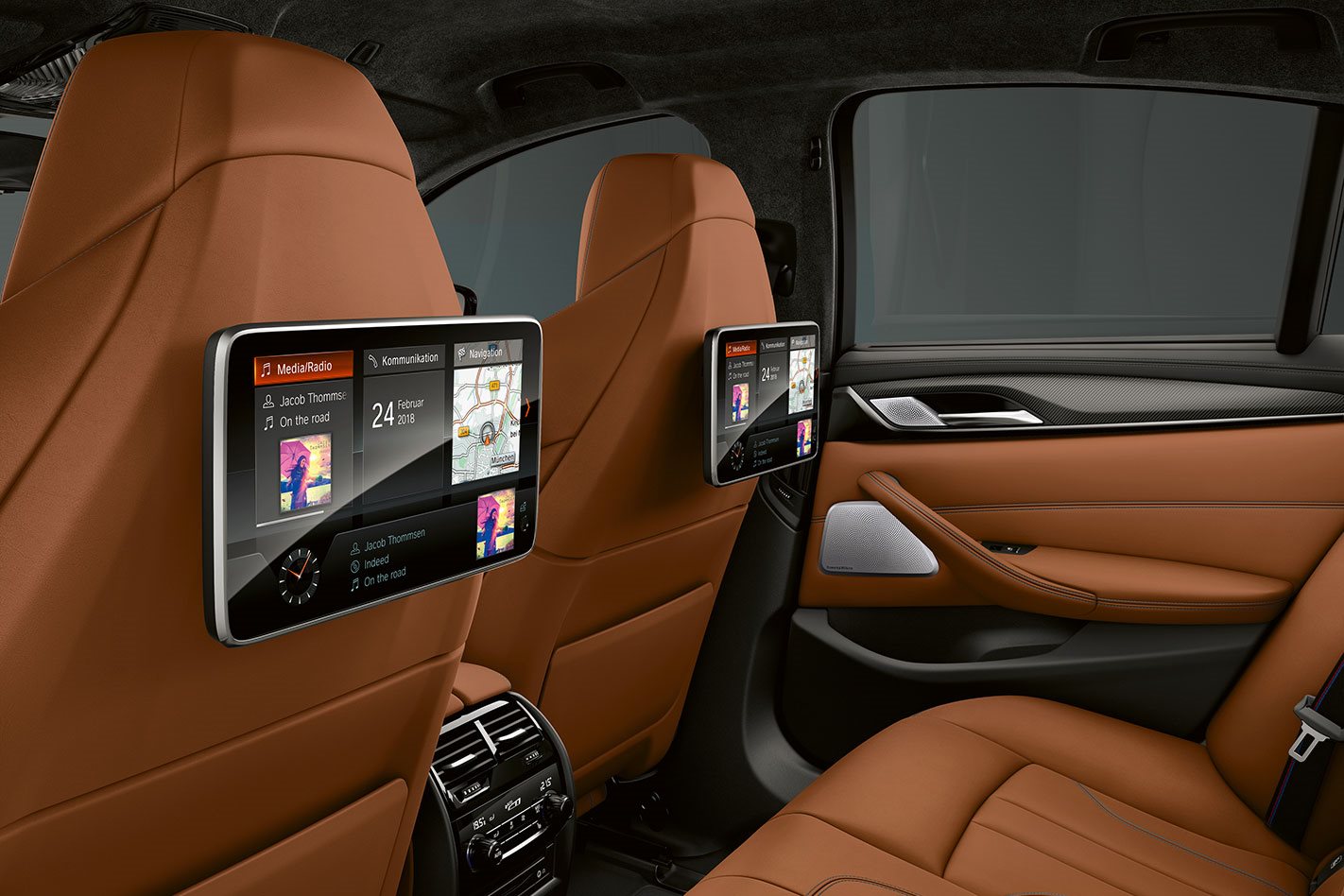 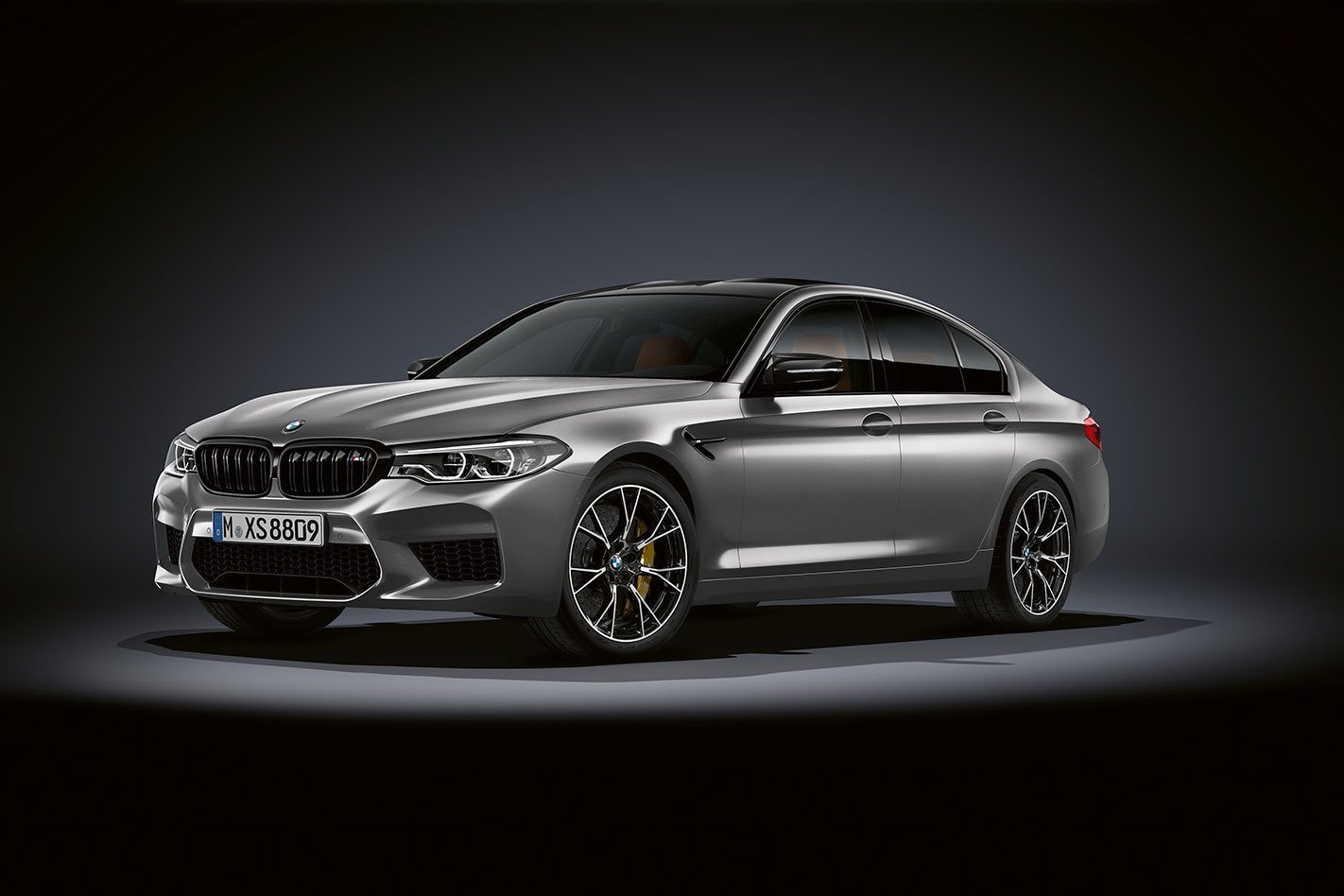 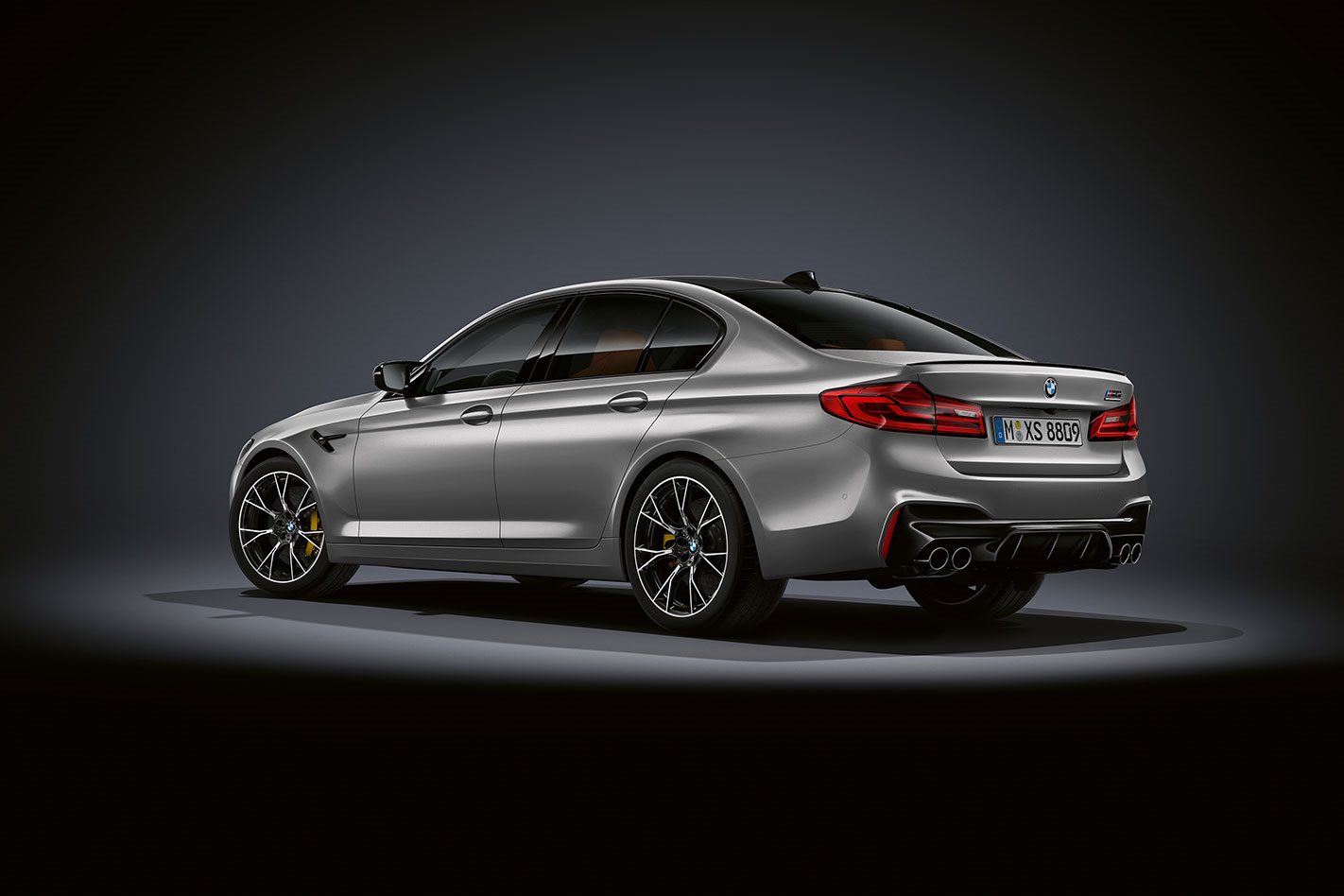