With 522kW and 868Nm on tap from a 6.2-litre supercharged V8 engine, and a 0-100km/h boast of 3.7 seconds, the Jeep Grand Cherokee Trackhawk has all the ingredients of a road-focussed beast. However, that doesn’t mean it doesn’t have the mechanicals for a spot of off-road fun.

Jeep recently took the Grand Cherokee Trackhawk to the Baikal Ice Motor Sports Festival’s 2019 Speed Days in Russia, where it set an average speed over a distance of 1km of more than 257km/h; with the GPS trackers clocking in a peak speed on the ice of 280km/h. Not too far off the SUV’s v-max claim of 290km/h. 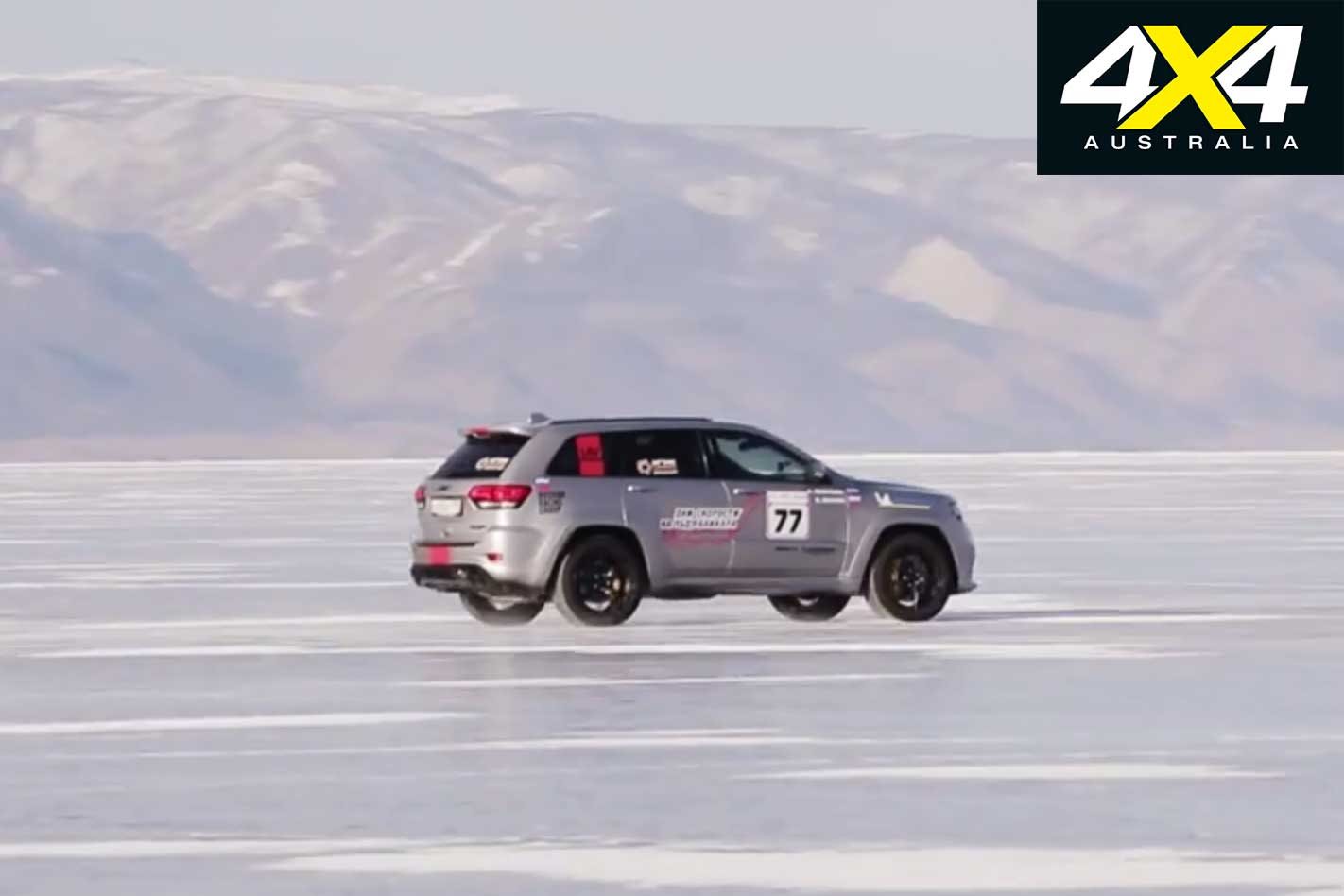 According to Jeep the runs were conducted in line with the FIA’s regulations, with the average speed run conducted with a rolling start and the maximum possible speed done from a standing start. The peak speed for both runs was verified by the Russian Automobile Federation and was included in Russia’s official Book of Records.

The icy conditions on the Baikal Lake during the run posed a challenge for the Trackhawk’s brakes, due to the thin film of water on its surface. However, the Trackhawk’s huge brakes – together with its on-demand Quadra-Trac four-wheel drive system – handled the lake’s slippery conditions.

Although peak speeds in the runs had to be sustained over 1km in order for participating vehicles to reach its purported speeds, the course had to allow room for vehicles to accelerate and brake, which resulted in a total course length of 12km.