Ingolstadt was first to exploit the opportunity of launching a compact premium hatchback with 1996’s original and, four generations later, the new family hatchback is hoping to deliver an extra kick of styling and tech to win over buyers who’ve maybe considered the A3 a bit too meh in recent years.

Due to be unveiled at the 2020 Geneva motor show, the new A3 range will be available initially as Sportback only, meaning it’s five doors or nothing. The three-door model is no more, in the name of range rationalisation, but the A3 sedan will follow later this spring.

This is an iterative update, reflecting the launch of parent company Volkswagen’s new Golf Mk8. Both take the group’s MQB shared architecture and update it heavily, with a raft of technical changes to bring the modular matrix bang up to date. 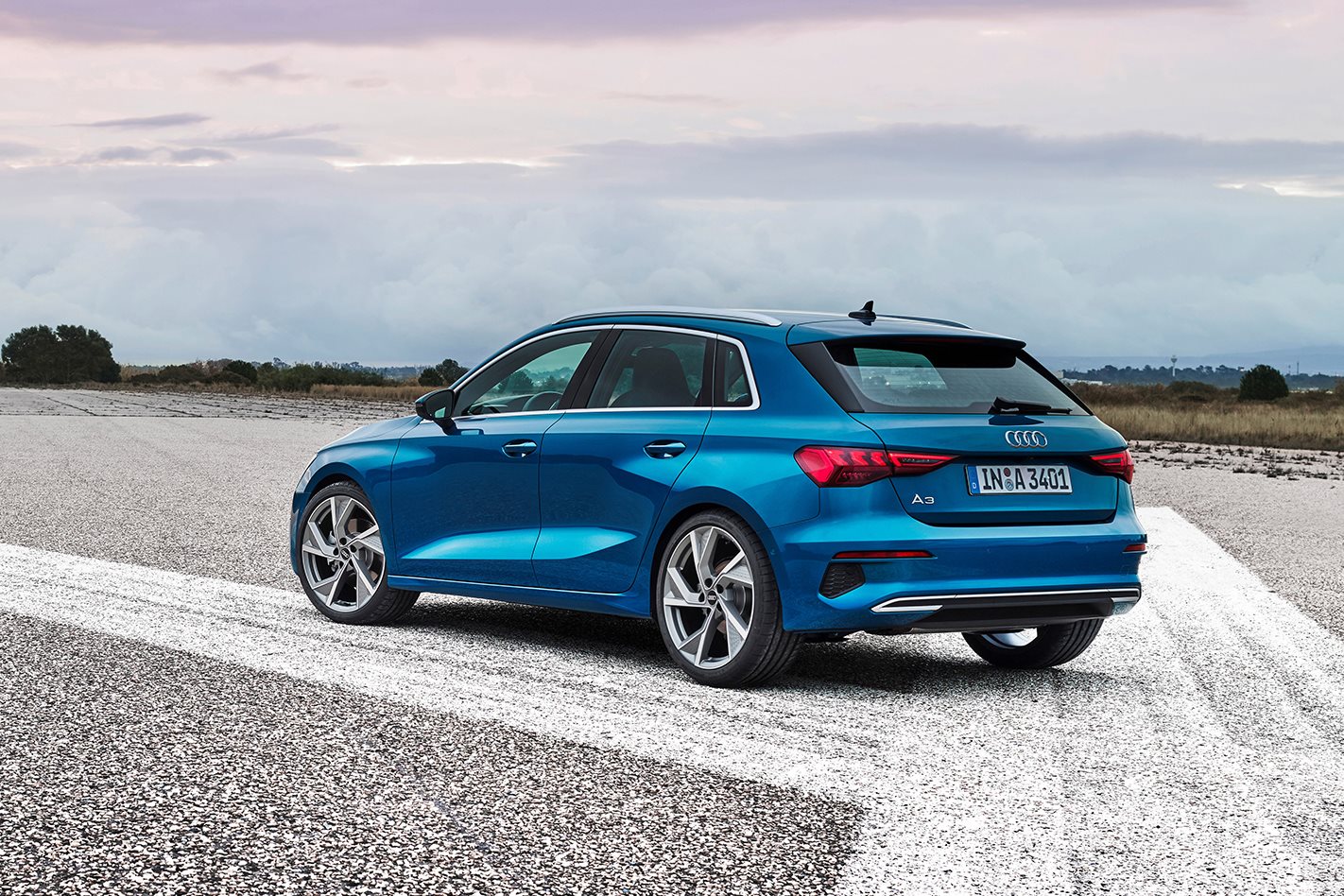 A large 10.1-inch touchscreen is standard on every model and the computers running the infotainment are 10 times more powerful than before, meaning everything from satellite navigation to voice recognition are noticeably more rapid and accurate in their operation. 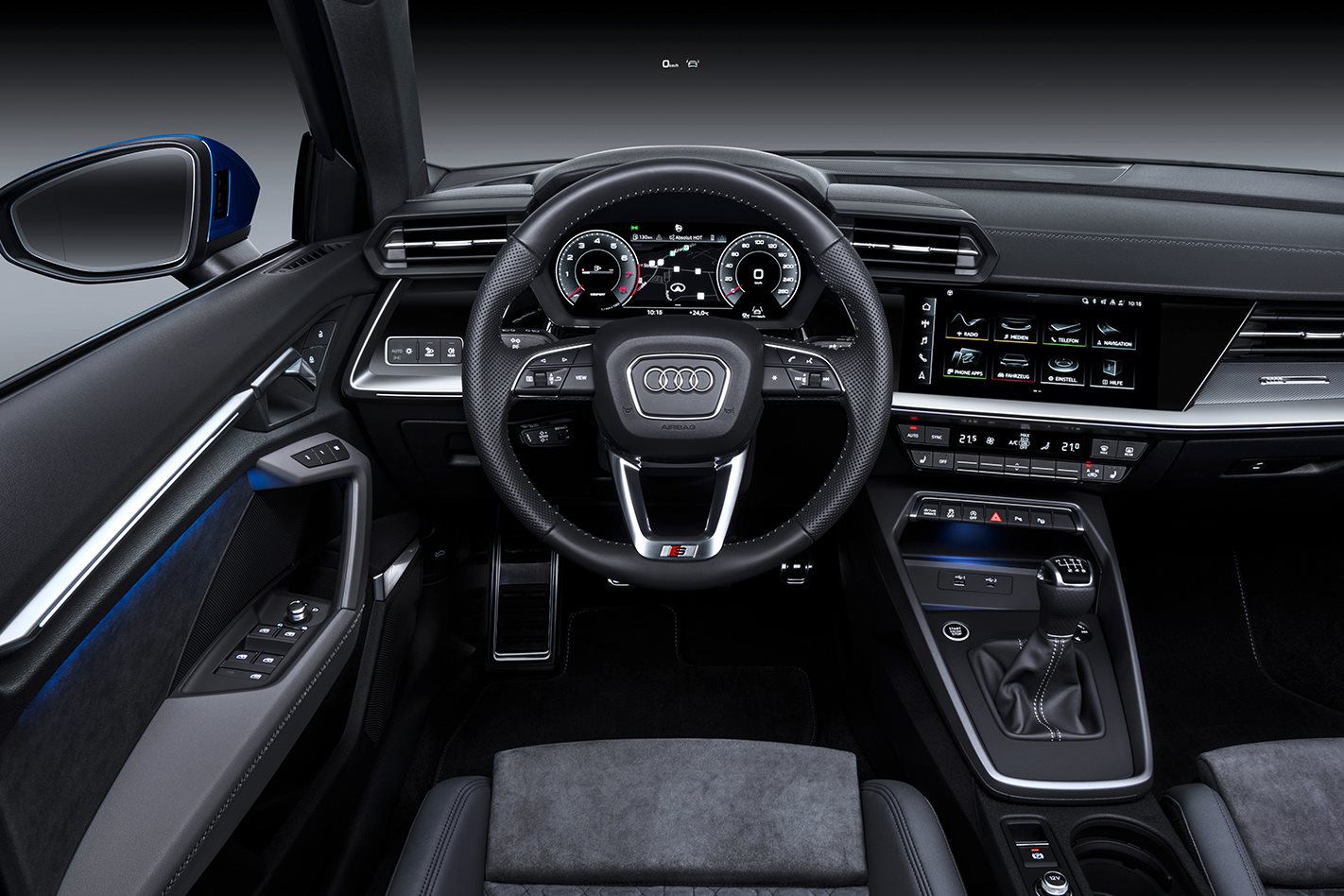 The new A3 range line-up

Buyers can choose from these engines at launch, all reworked versions of familiar VW group motors:

All petrol engines are equipped with a particulate filter for cleaner emissions and a pair of plug-in hybrids will follow soon after launch, emulating the new Golf sibling.

Quattro all-wheel drive will be ushered in by forthcoming high-performance S3 and RS3 models, but its updated Haldex 6 AWD system will be offered in other models in time.

Tellingly, there will be no pure electric A3; Audi will develop its battery electric vehicles (BEVs) on the group’s standalone e-platforms such as MEB in future, instead of shoehorning all powertrains into all architectures. 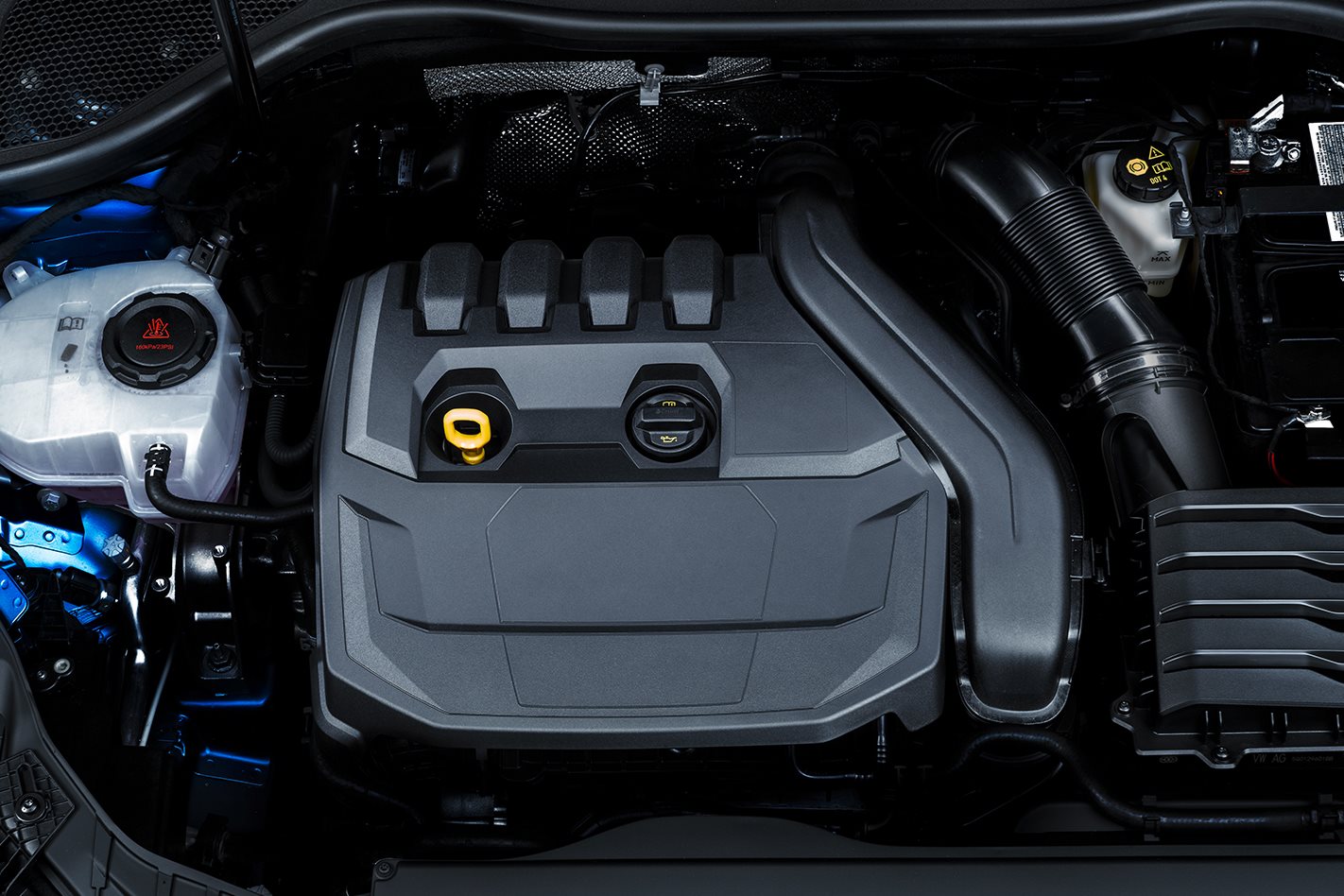 The Audi A3 Sportback’s dimensions confirm this is an iterative design: the wheelbase is unchanged at 2.64m while the 4.34m length, 1.82m width and 1.42m height all but shadow the last A3. But the design language has gently evolved and the styling has a few points of interest despite being sure not to scare anybody off.

Read next: The TT and R8 are out, what's next for Audi’s sports cars?

Surfacing is more involved than on any recent Audi, with depth scalloped out of the side panels; the designers are proud of the subtly concave metalwork, as a result, with a hint - just a sniff - of Quattro style bolstered rear wheelarch (if you look really closely). The zingy blue car pictured is painted Atoll Blue. 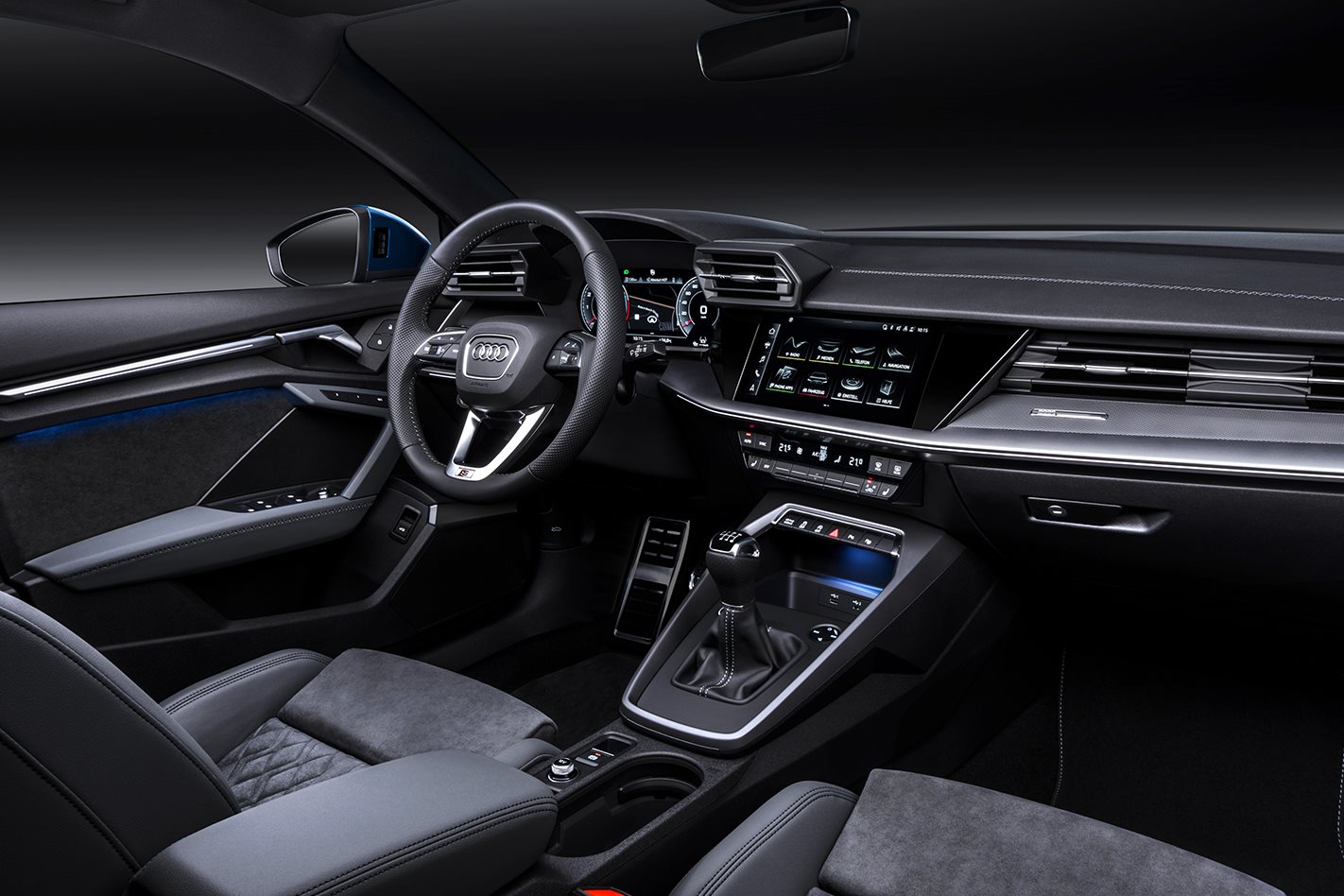 Notice how no exhuast pipes are visible at the rear of the A3. The designers told CAR they were consciously hiding the tips now, to downplay emissions - except on the go-faster S3 and RS3 models, where multiple pipes denote sporting aggression. It's a sad endictment on humankind when this kind of playground oneupmanship rules, but c'est la vie.

At the front, you can instead play count the LEDs: the day-running light stack below the main headlamp now illuminates different patterns in the 15 diodes to denote which model you're in.

The interior is very much what you'd expect: laced with the latest group electronics, with Audi's third-generation infotainment system that can now store six different user profiles to remember your favourite seat position, navigation destinations and air-con settings. Even humble entry-level models get the standard 10.1-inch touchscreen. 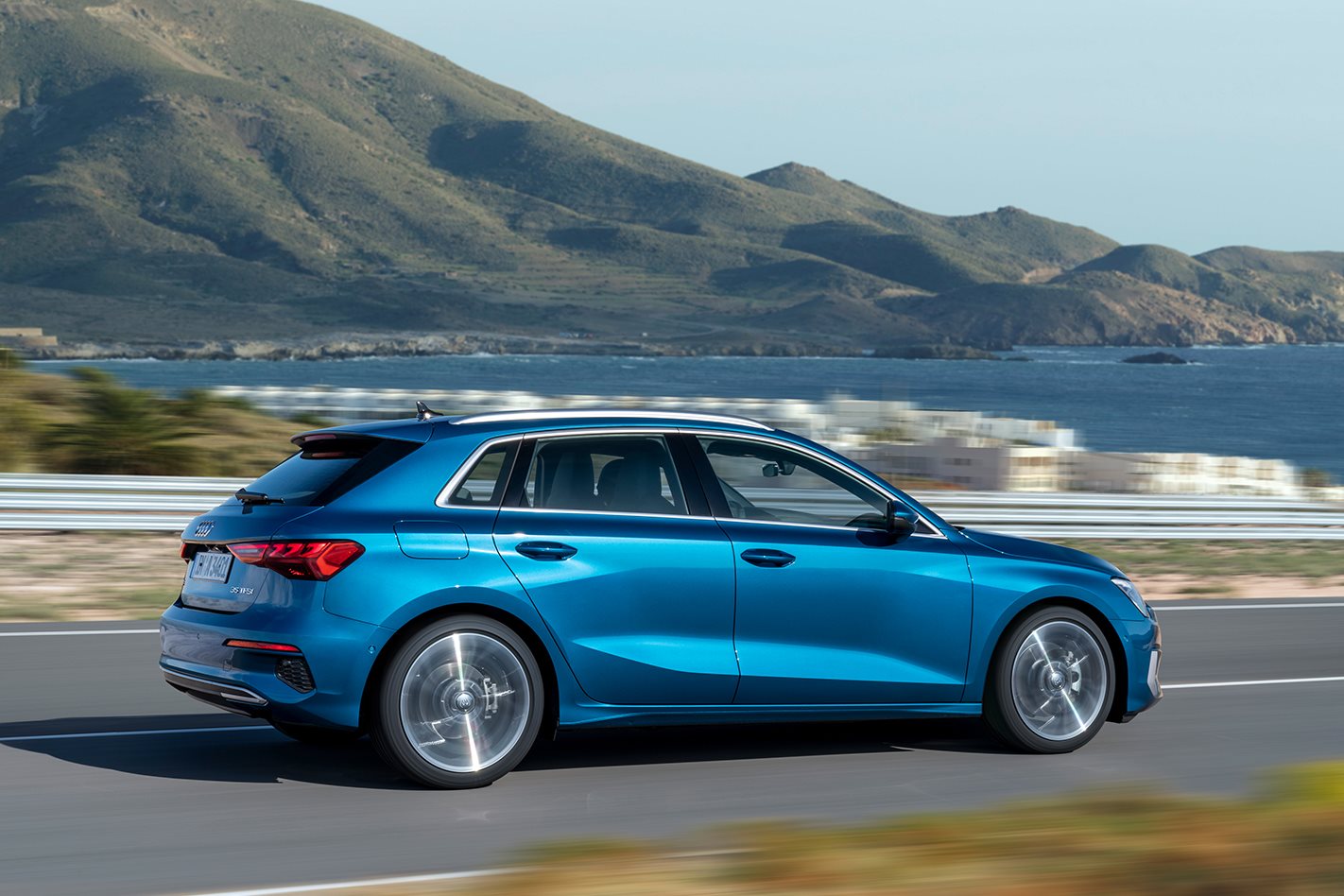